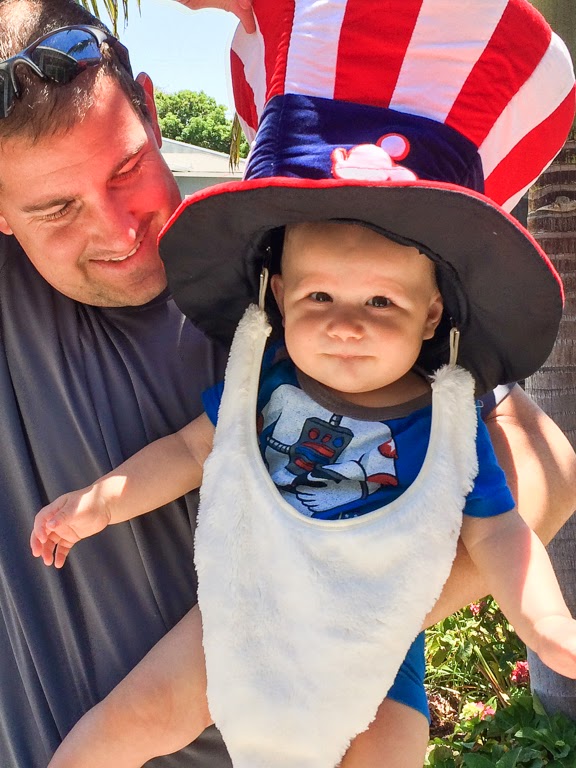 Ian put on his most his most patriotic outfit and we were ready for the day. 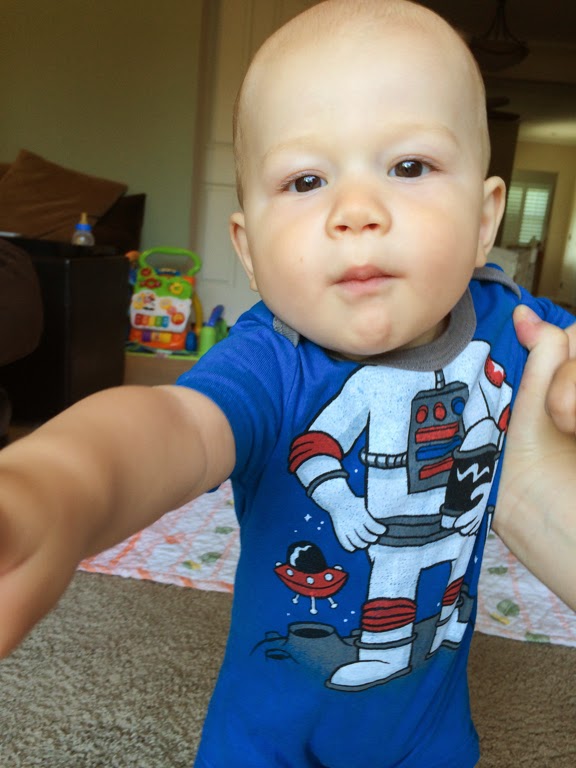 After hanging out at the house all morning, we left for the beach at lunch. First stop, 7-Eleven to get a Slurpee! It's going to be a hot day on the beach. 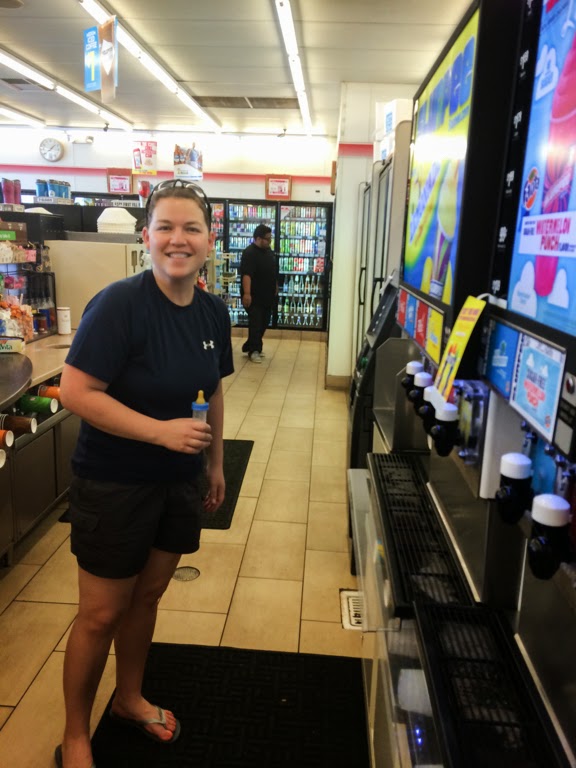 Driving up, Hermosa looked pretty packed. Every parking space we saw was taken, but we happened upon someone who had just pulled out. A short walk to the beach will all our gear and we were there.

When mommy and daddy forget to pack me toys, I get to play with the sunblock container. 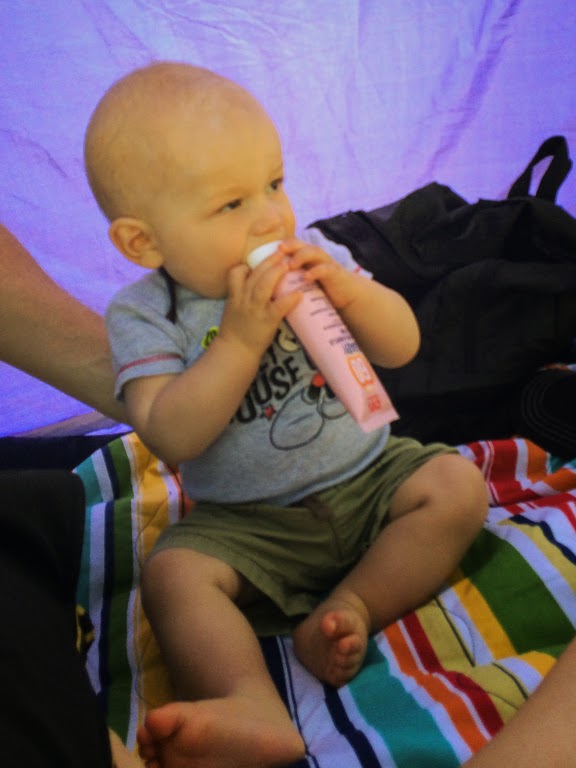 Check out my cool new shades. 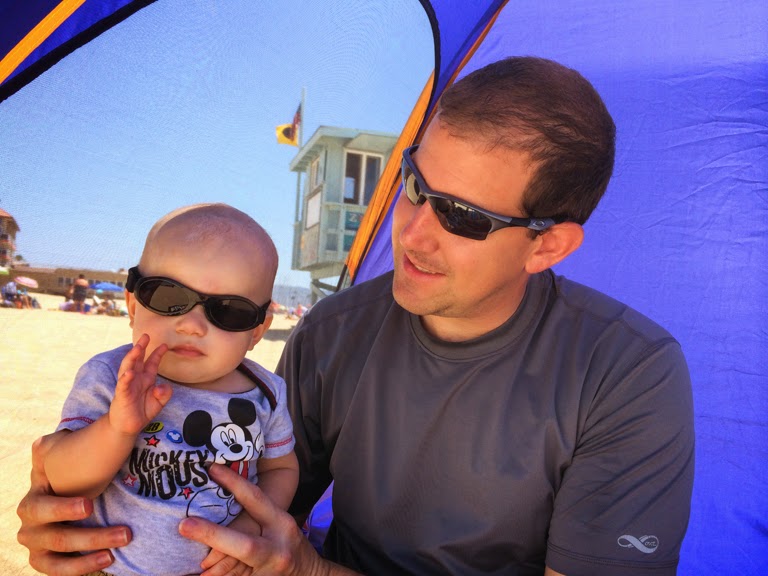 He was trying to pull them initially, but once he was distracted enough, he was fine with them. 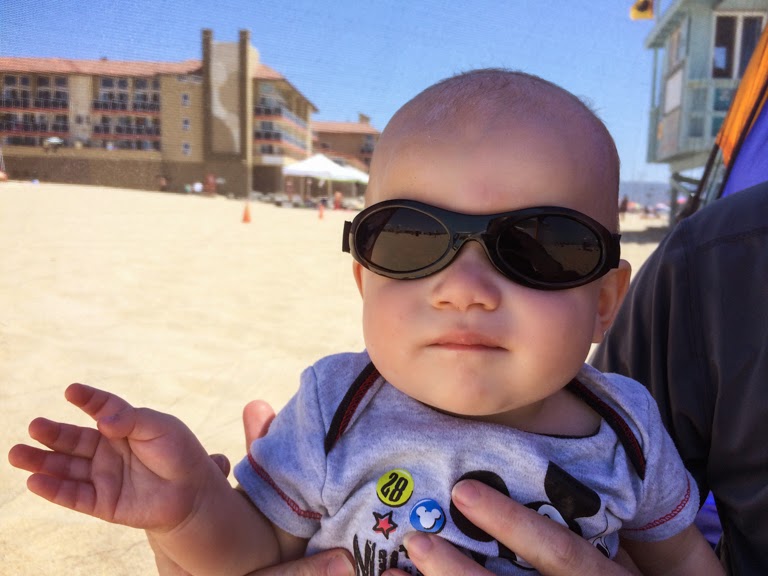 Let's go check out the ocean for the very first time ever! We sat and watched the waves coming in for a little while then moved just a little closer. 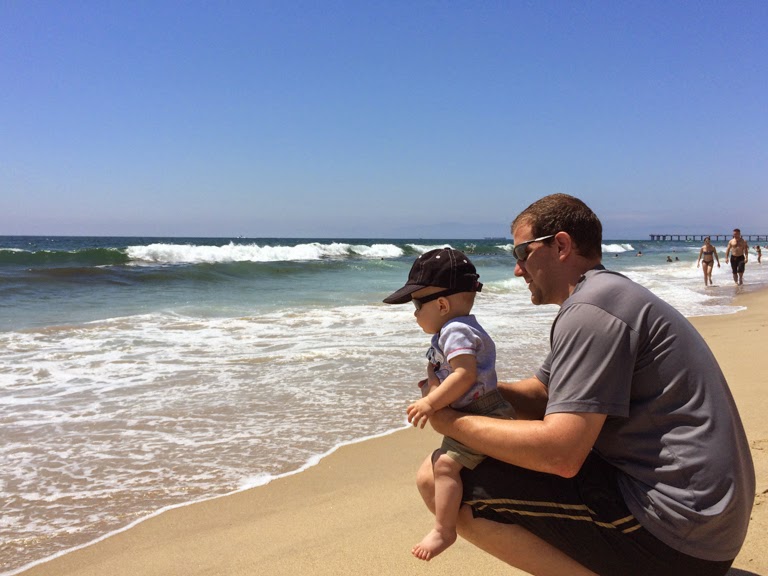 Ian stood there as the waves came closer and closer and finally one got closer enough to wash over his feet. The water was just a little cold and Ian didn't particularly care for it. No big surprise there.

Back to the awesome beach tent. 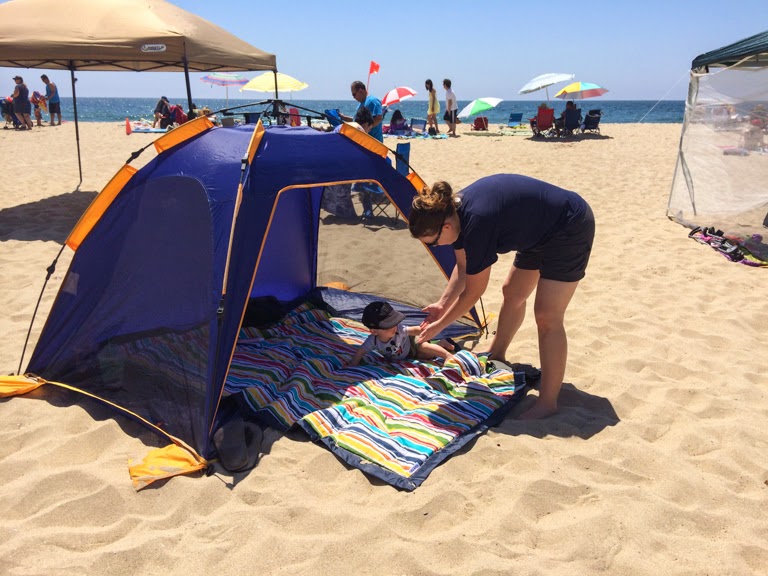 What a great day to relax by the water. Sunny blue skies, warm sunshine and a slight ocean breeze. 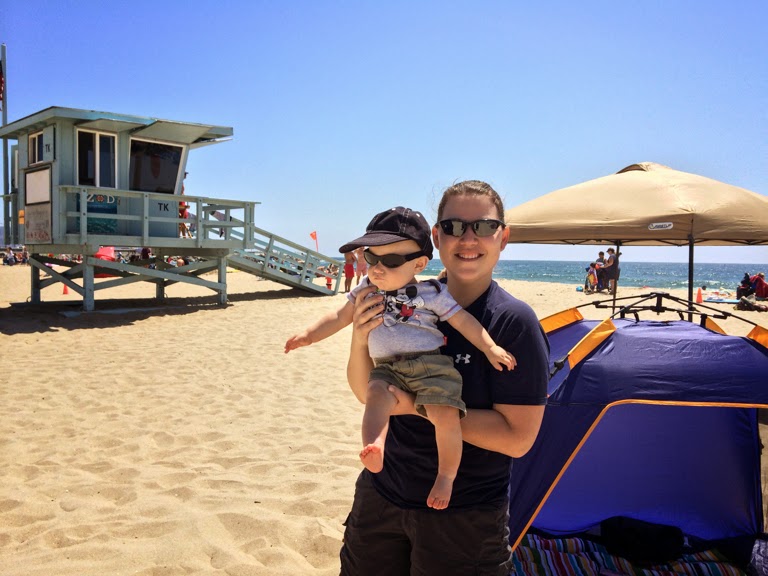 The beach was pretty crowded, being a beautiful day and July 4th that was no surprise. I was surprised to see the Sheriff show up on horses to patrol the beach. A group of them started at the very south end of Hermosa Beach and walked the waterline up to the pier. 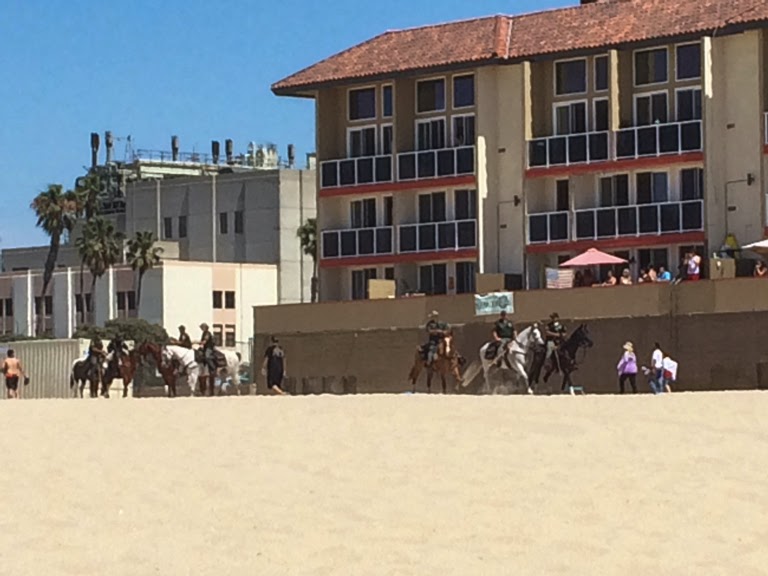 After a stop by the house for some food and a nap, it was time to go over to our friend's house for food and fireworks. 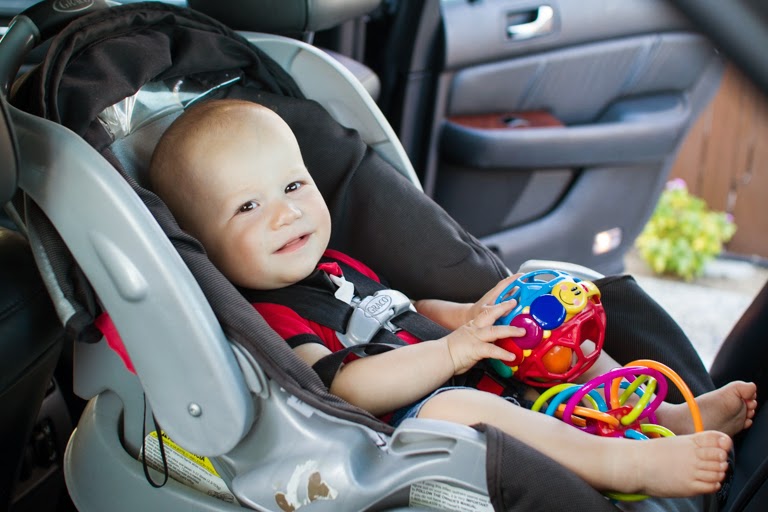 There was way too much bbq and other goodies, we were both stuffed. 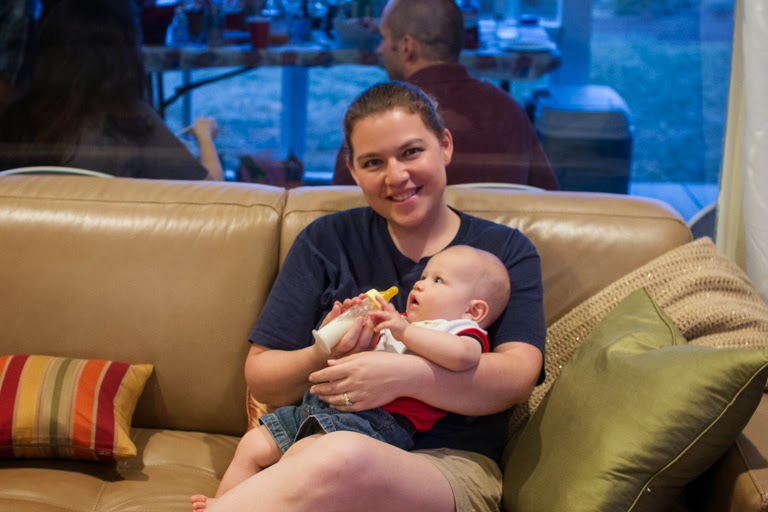 Steph and Farman live in Palos Verdes at the top of a hill with an amazing view of the city. I'm always astounded by how many fireworks you can see at any given time. As soon as it turns dark you start hearing the BOOMs echoing off the hills and the fireworks and flares appear in the skies.

And it's not just there. Some nearby neighbors put on a display of their own. You know what that means. There are fireworks going off directly overhead with a giant BOOM that shakes the houses nearby. We were a little concerned about Ian and how he'd react. The first few definitely startled him, but after a couple he was unfazed. 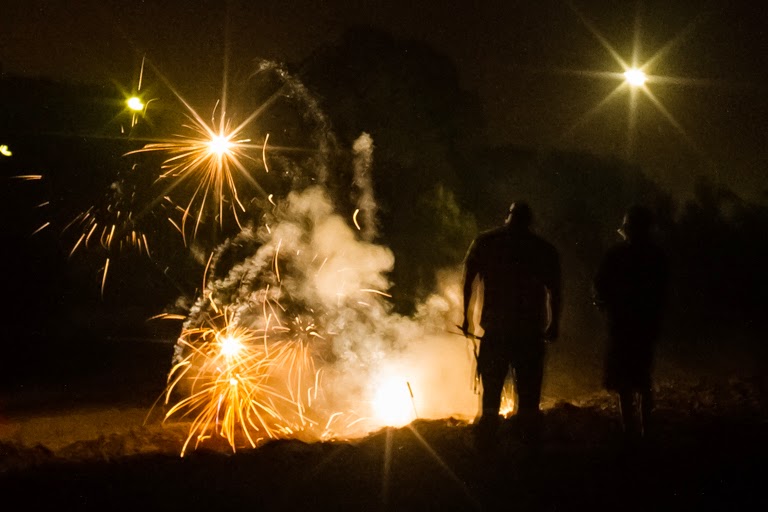 Fun to see them so close. 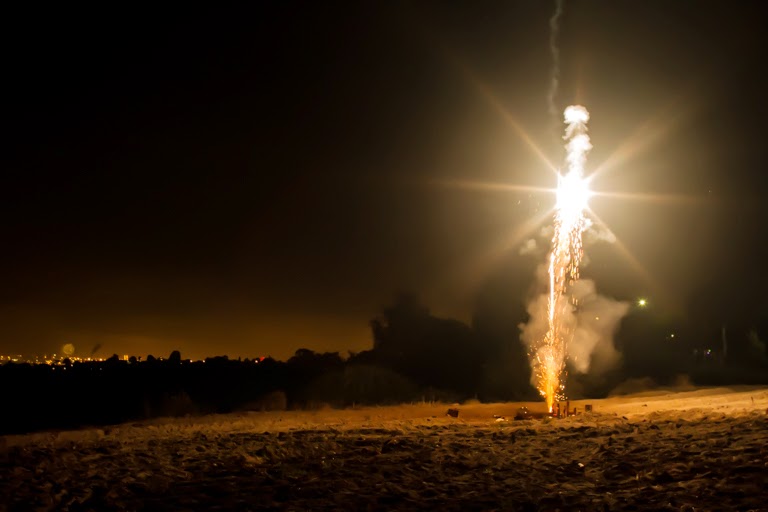 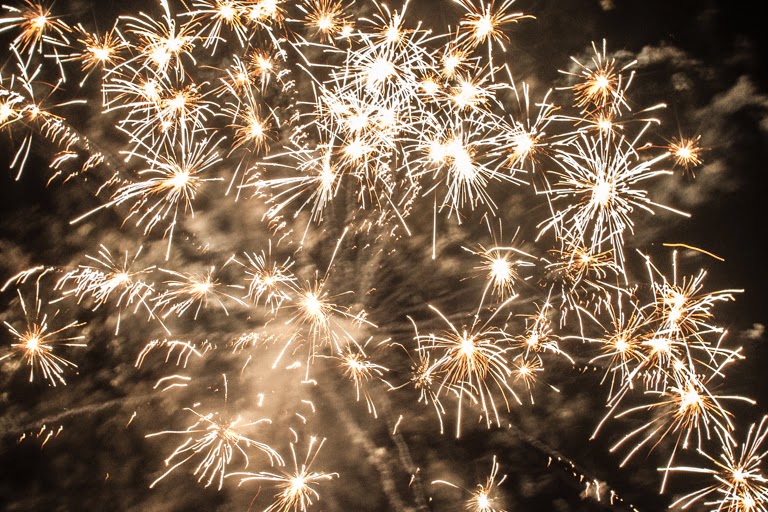 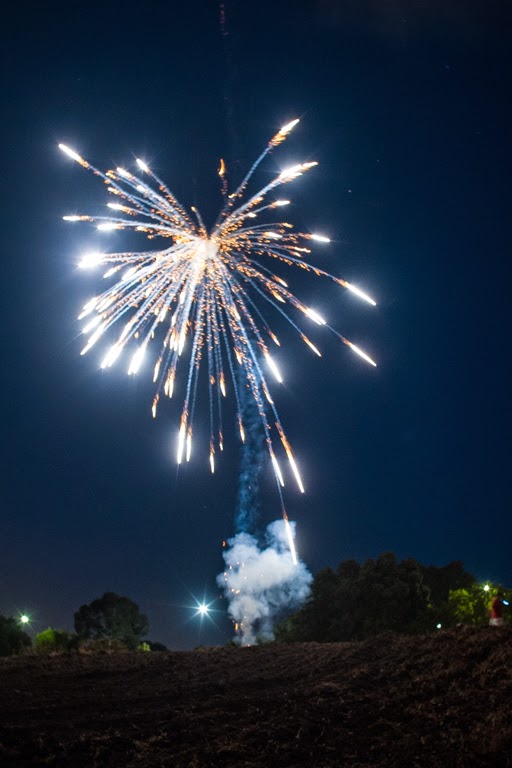 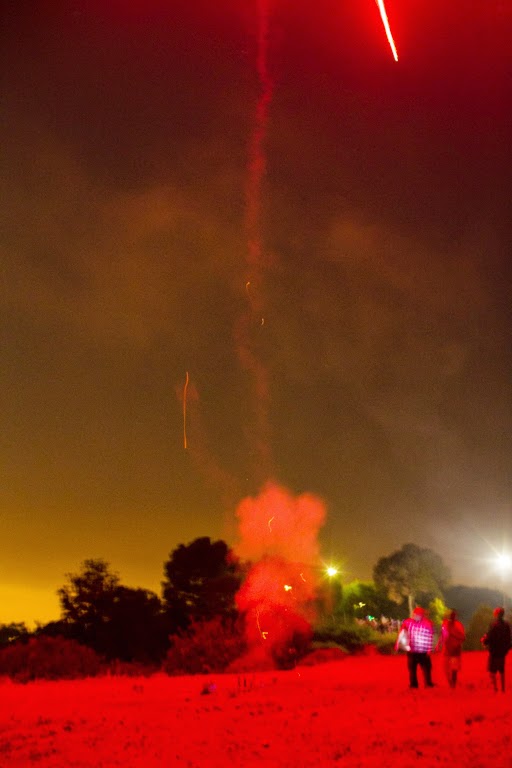 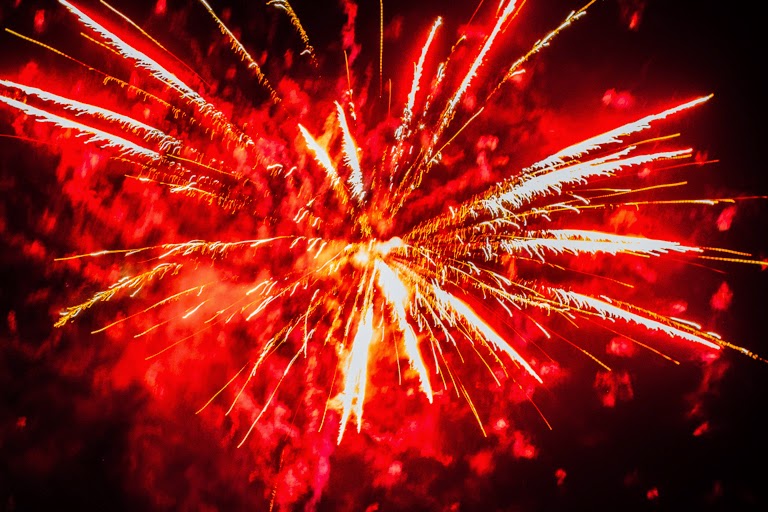 We brought the Pack 'N Play for Ian to sleep in in one of the guest bedrooms. Unfortunately there were just too many loud explosions going off the whole time and whenever he'd start to nod off, another explosion would wake him back up.

We thanked Steph and Farman for the invite and packed it up to head back home. 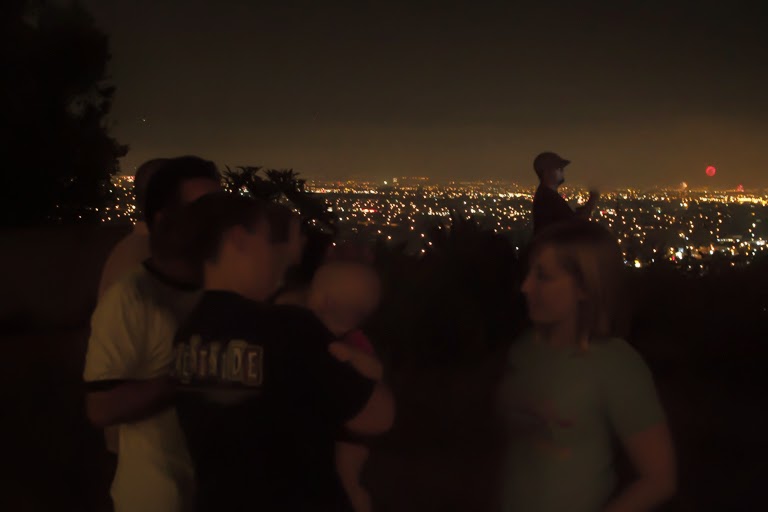 Ian crashed as soon as we got in the car and stayed asleep even when we brought him in and put him to bed.

Only one way to finish out the night. 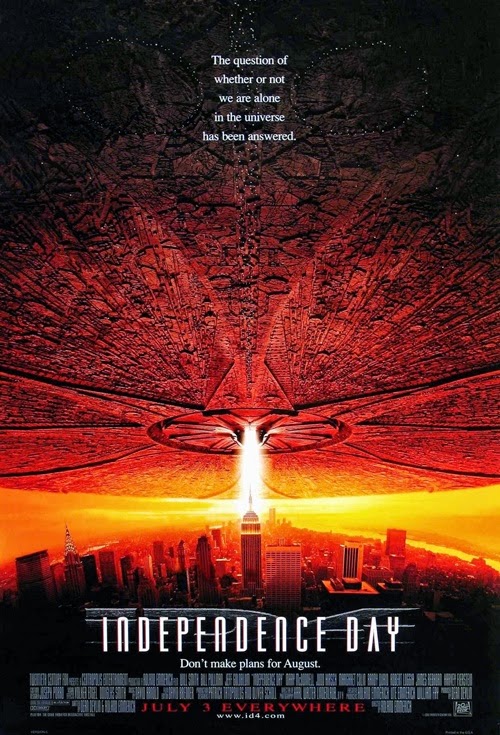