Ruston and Joe practice for the Pasadena Chalk Festival

For the past few years, Theresa, Jacob and I make sure to keep Father's Day weekend free, so we can join Ruston in Pasadena to attend the Pasadena Chalk Festival. I don't remember who suggested it, but somehow the idea came up that instead of just being spectators this year, maybe we could be participants. Ruston and I were intrigued. Since we've never done anything like this before, Ruston and I knew we needed to practice before we actually attempt anything like this. 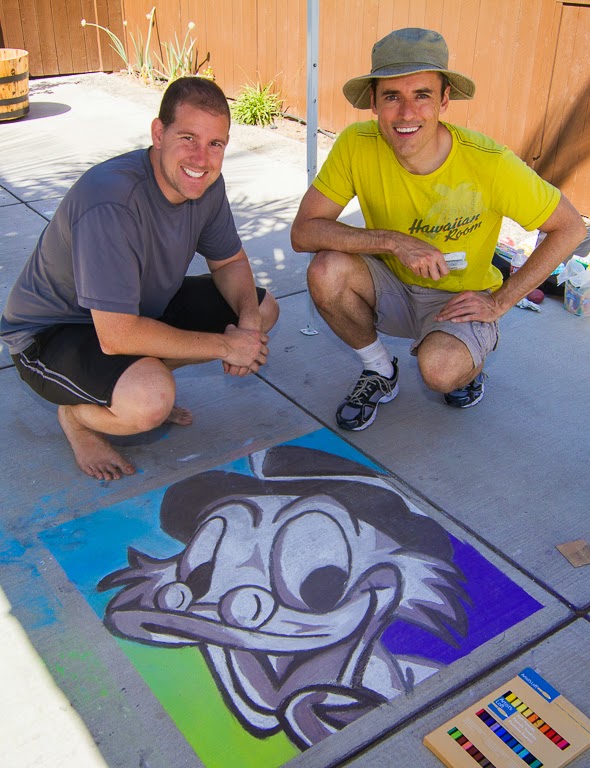 The first challenge we faced was what to draw. After much deliberation, we each chose something to do for our practice day and we'd see what we liked. I chose one of my previous paintings I created as a tribute to one of my favorite cartoons growing up. Ducktales! 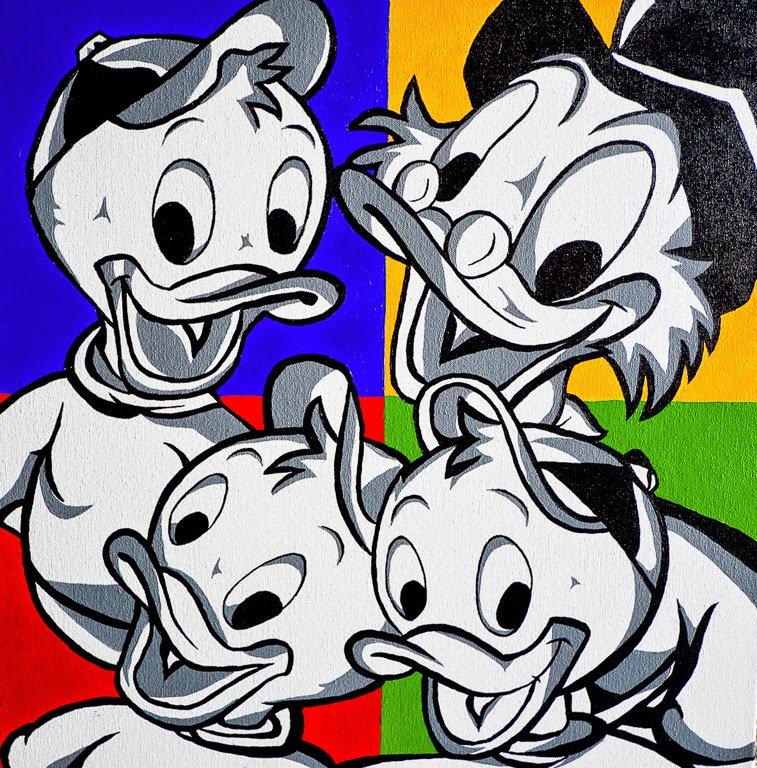 The first trick will be how to actually transfer it to the ground. I'm not enough of an artist to be able to translate a design freehand onto the ground. Here's what I ended up coming up with. I printed just one character onto six 11x17 pieces of paper, then taped them together. 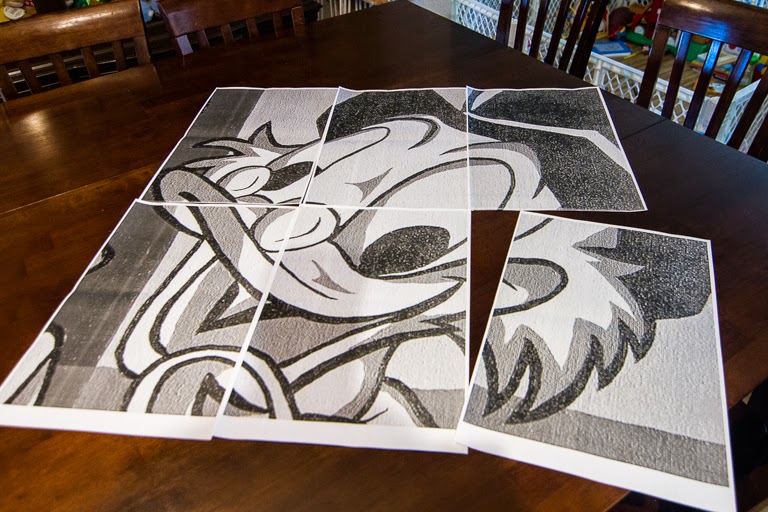 Next I taped carbon transfer paper onto the back of it. 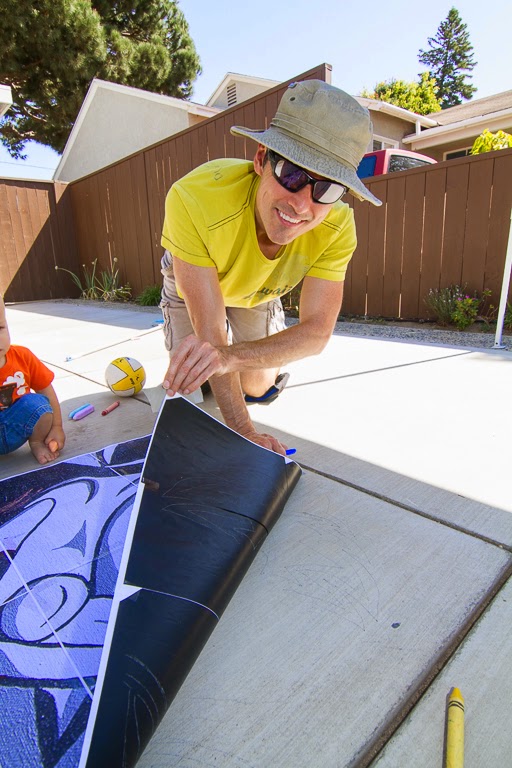 Oh look, I've got a helper. It didn't matter how big the driveway was, or what other stuff we gave him to do, he always wanted to be right in the middle of what I happened to be working on. 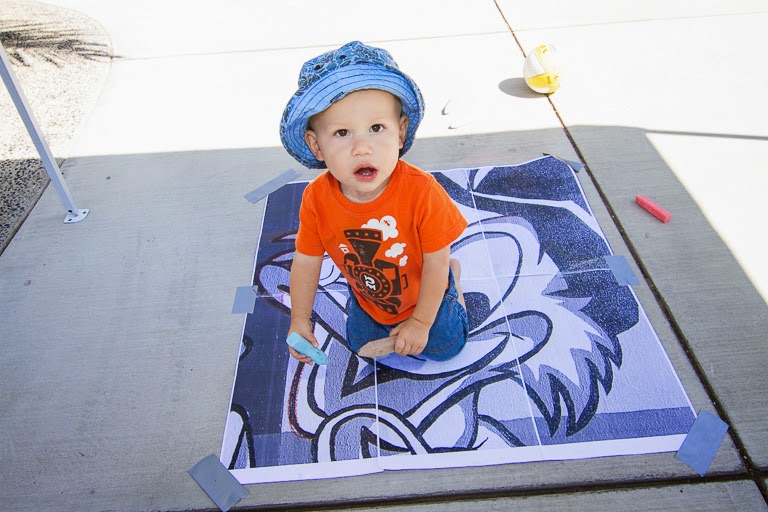 With the carbon paper underneath, I traced over all the lines in order to transfer the design to the pavement. 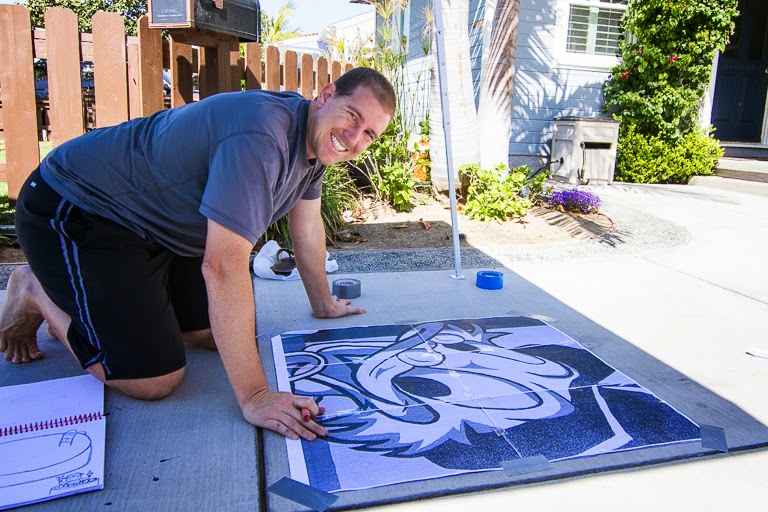 Finding the right object for tracing took a little while. First I tried a crayon, but that didn't work at all. I used the back side of a sharpie and while that worked, I couldn't tell which sections I'd already traced. In the end, a ball-point pen with a lot of pressure resulted in a fantastic transfer plus a mark on the paper showing what I'd already traced.
Like I said, he likes to be right in the middle of what I'm working on. 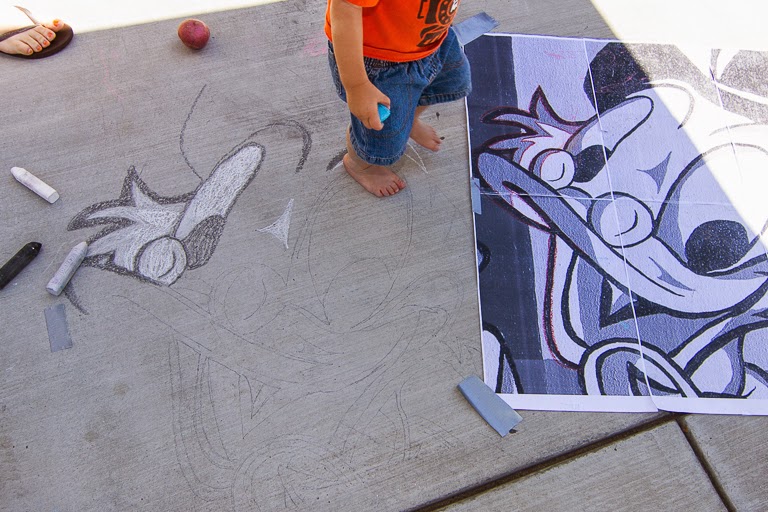 Ruston chose to attempt the cover of a Disney Legacy Collection CD. He's also attempting another method for transferring the image to the pavement. He made a grid on the pavement and a grid on his picture and would freehand the outline of each section. 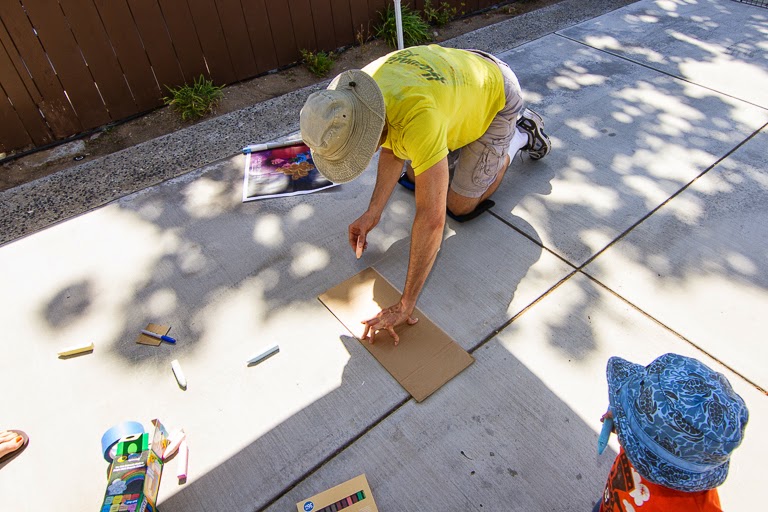 Here's what he was attempting. 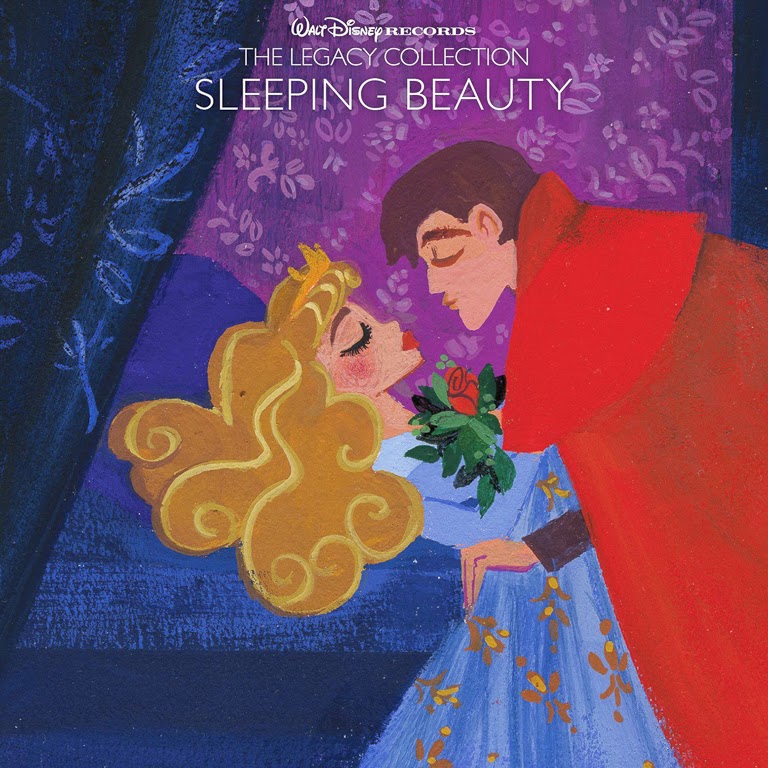 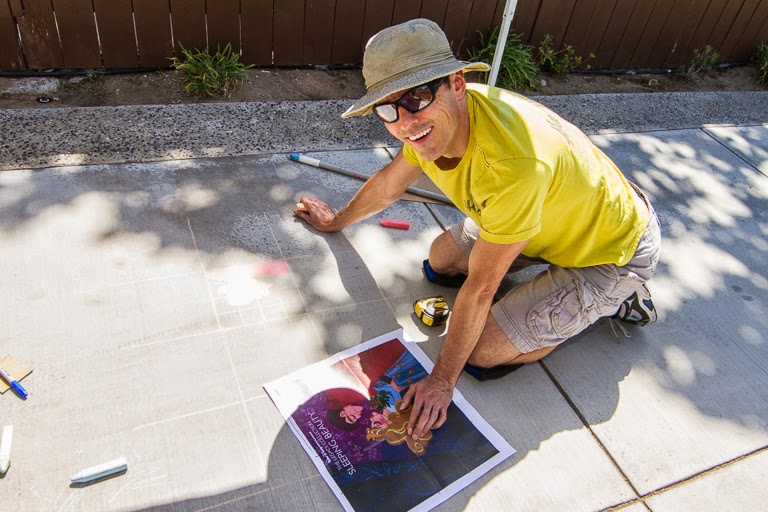 We each worked on our own for 45 minutes or so. 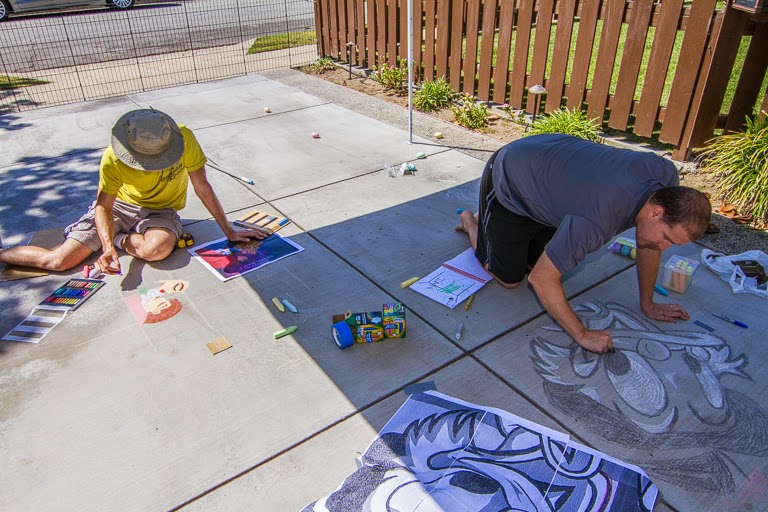 Ruston's was going well and I like all the colors. Eventually though, he chose to come work on mine instead. 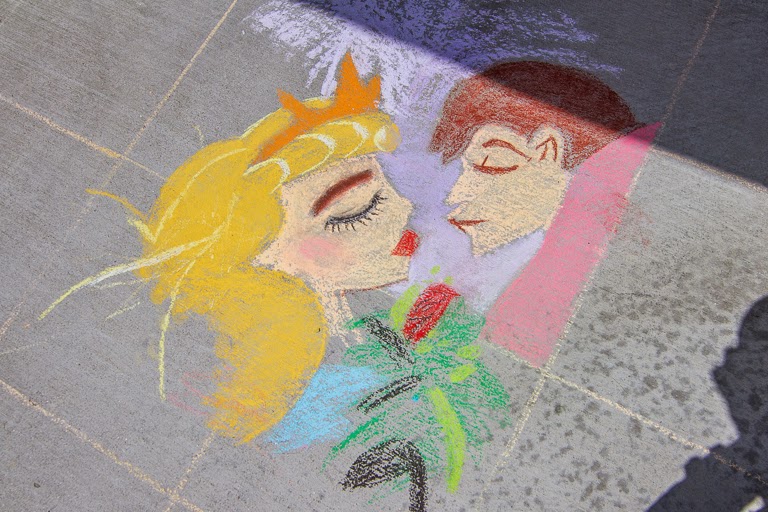 Jacob's contribution to the effort. He found some chalk paint and brushes for us to use. 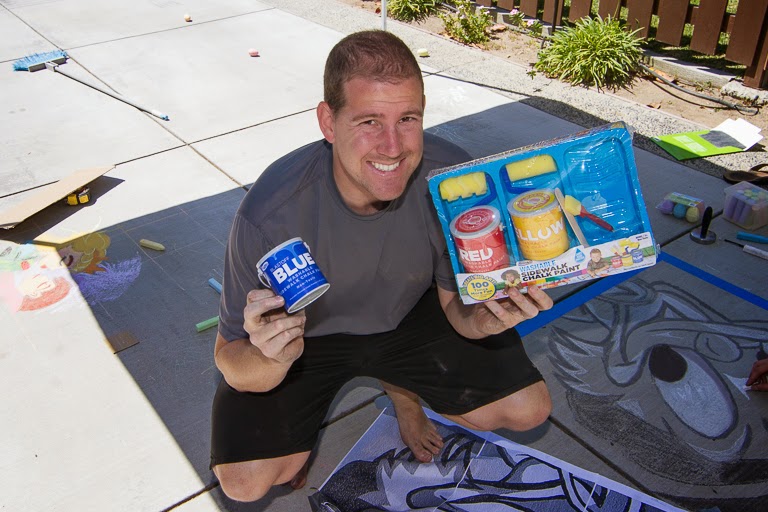 In the end though, this washable chalk paint came up a little too easily. Of all the chalks we used, generic sidewalk chalk, Crayola sidewalk chalk, chalk paint, and soft pastels, the more expensive soft pastels worked best. They went on smoother, covered better, and had much more saturation than the cheap chalks. Figures. 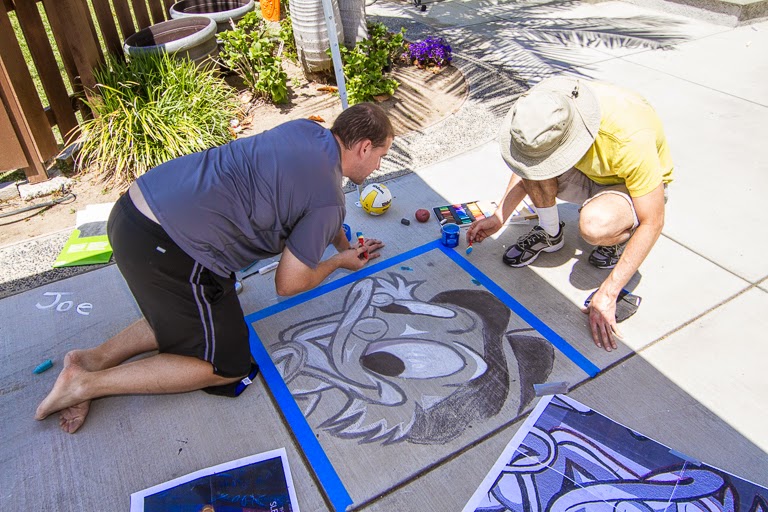 Making good progress as the day went on. 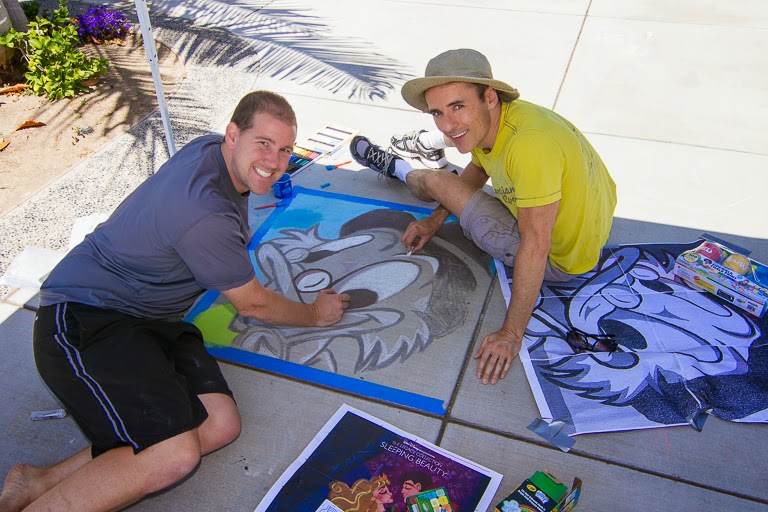 In the end, I think it turned out pretty well. We learned quite a few things on our practice day about what works and what doesn't. 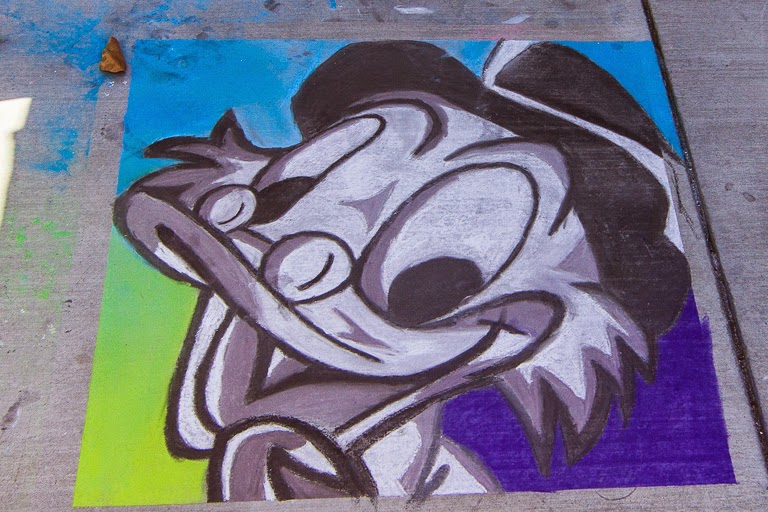 There we go! We'll be doing this a little bigger and with all four characters at the Pasadena Chalk Festival this year as long as our application is accepted. If it does, you can be sure to read all about it here! 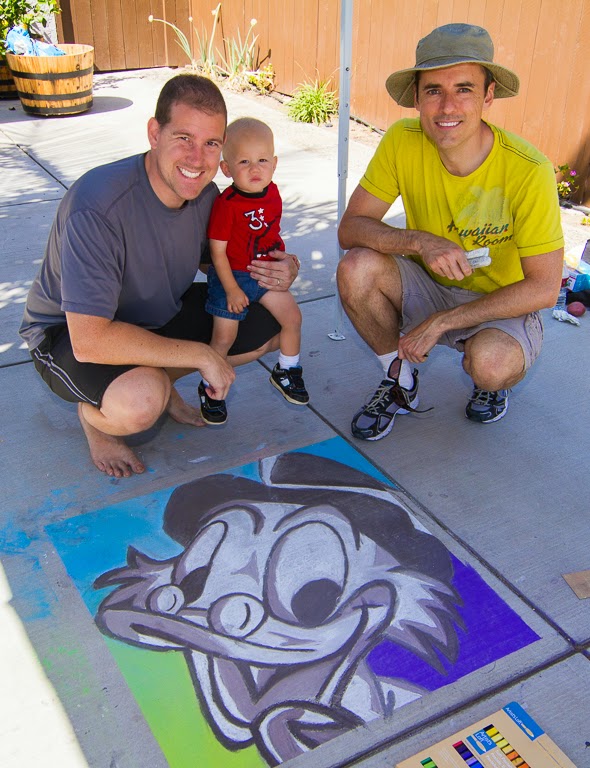 With the entire driveway open, where does Ian want to hang out? In the middle of our drawing, of course. 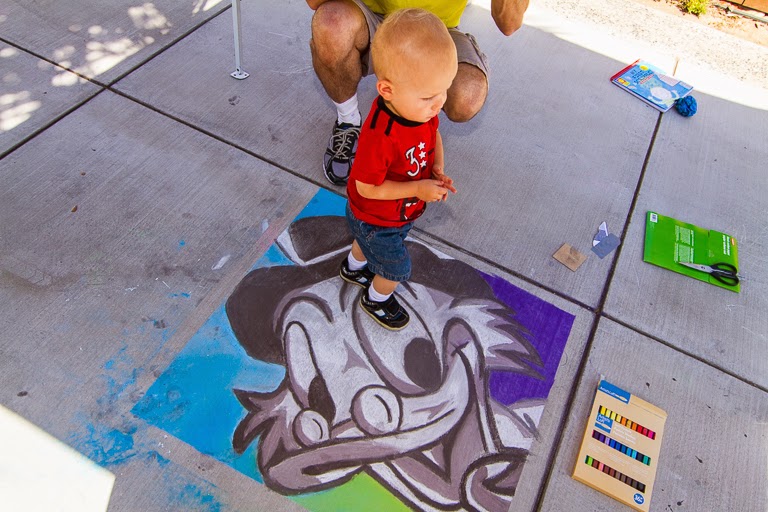 Best place to enjoy a smoothie? Middle of the chalk. 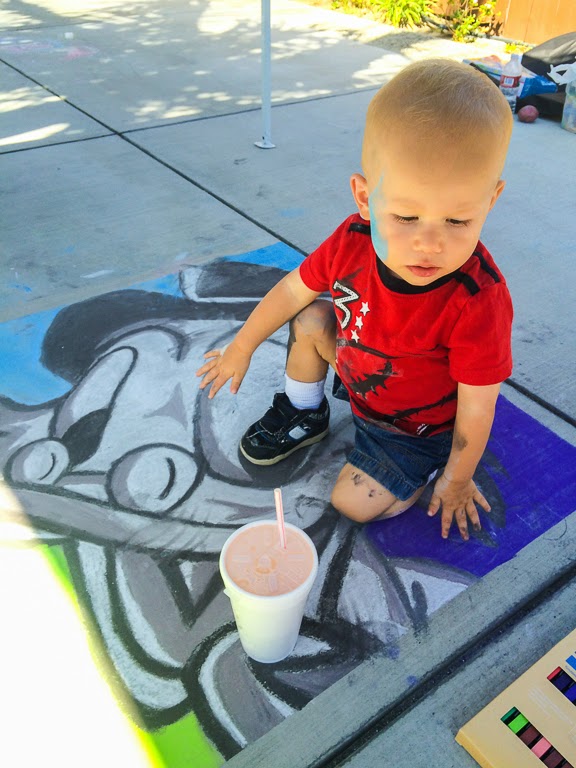 Wow.
Right after this, I took him to get a shower. He's a mess! 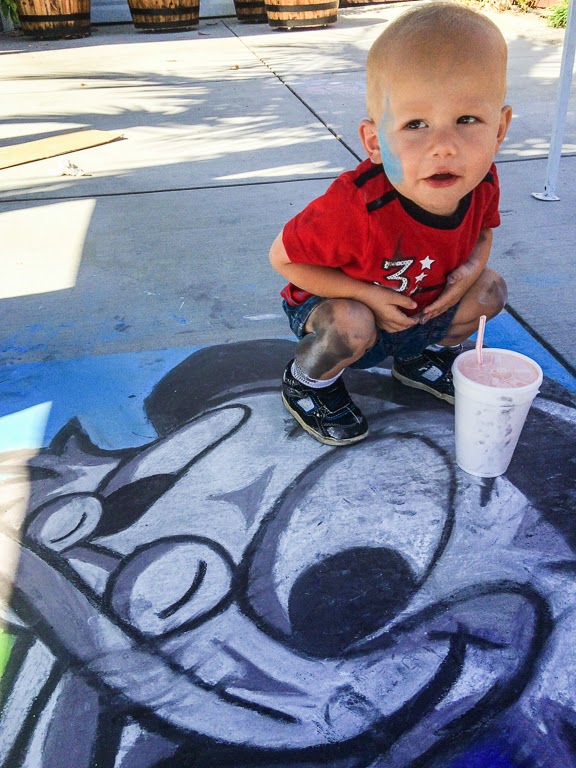 I'm excited to do this again Father's Day weekend in Pasadena!
Posted by Joe at 2:00 PM