After a weekend in Michigan, it was time to continue our vacation. Off to Florida! 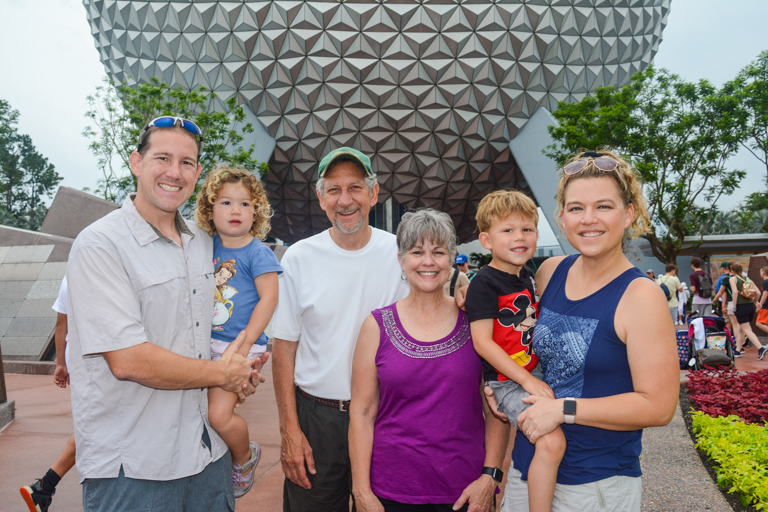 At the airport after we got through security, everyone grabbed drinks for the plane. Any surprise that their drinks match their shirts are also their favorite colors? 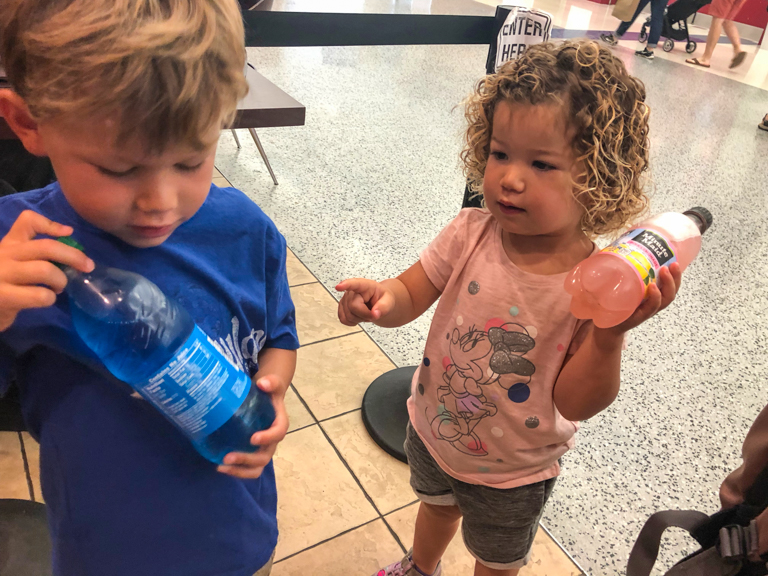 Once we made it to Florida it was time for the very first ride. The train to the main terminal! 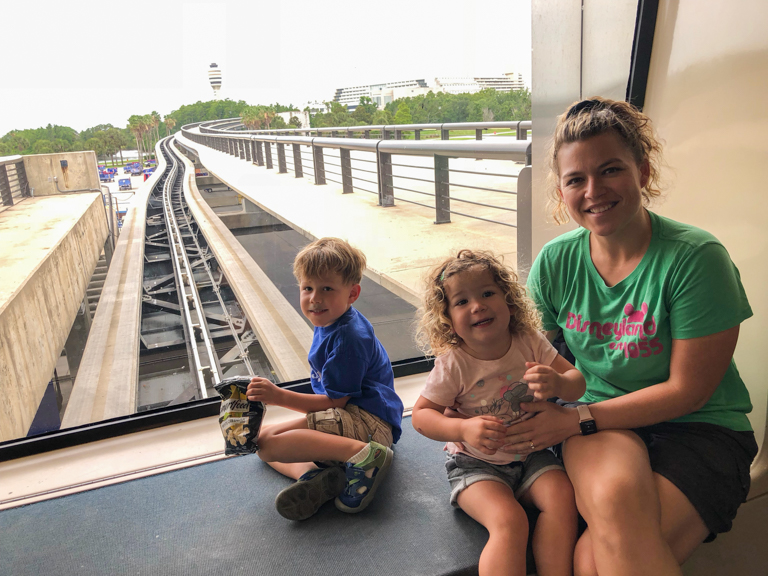 Waiting for us after security was Gram! 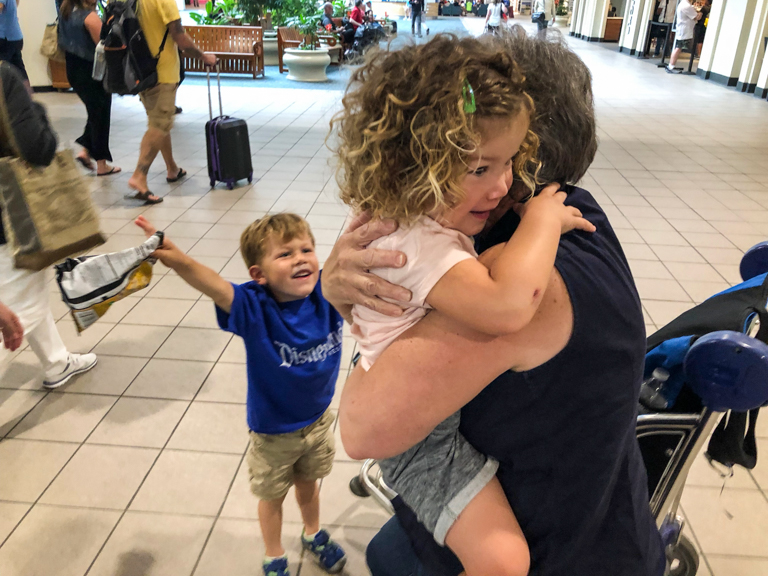 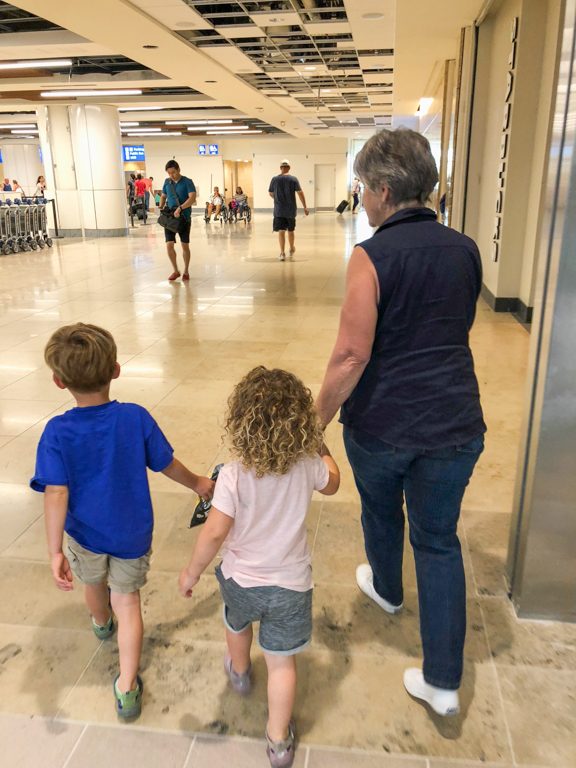 Waiting by the luggage was Pop Pop. 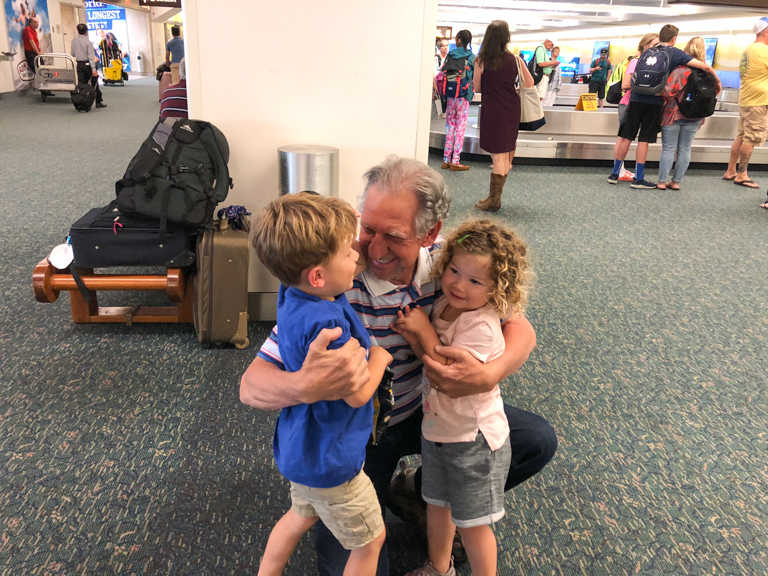 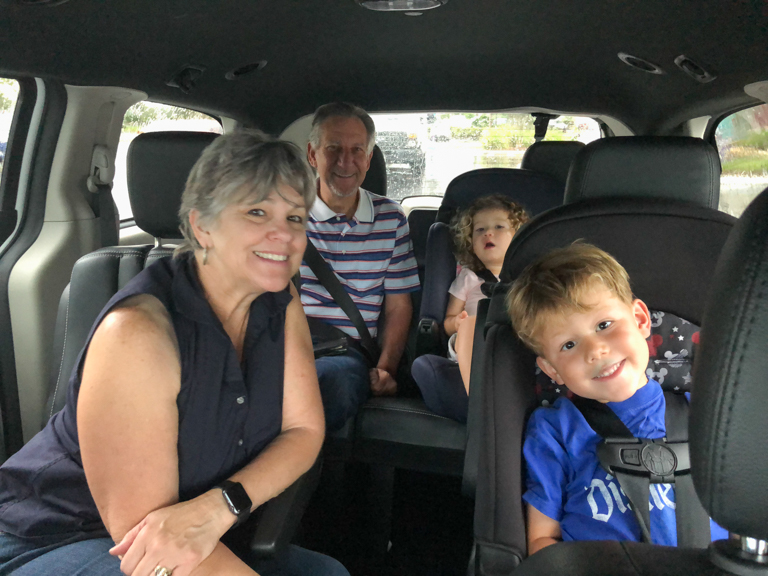 We checked in to our VRBO condo for the next 4 nights. It's a really great 3 bedroom place and is only costing $550. The kids loved their room. This little girl is all about Frozen, and Ian still happens to like it too. 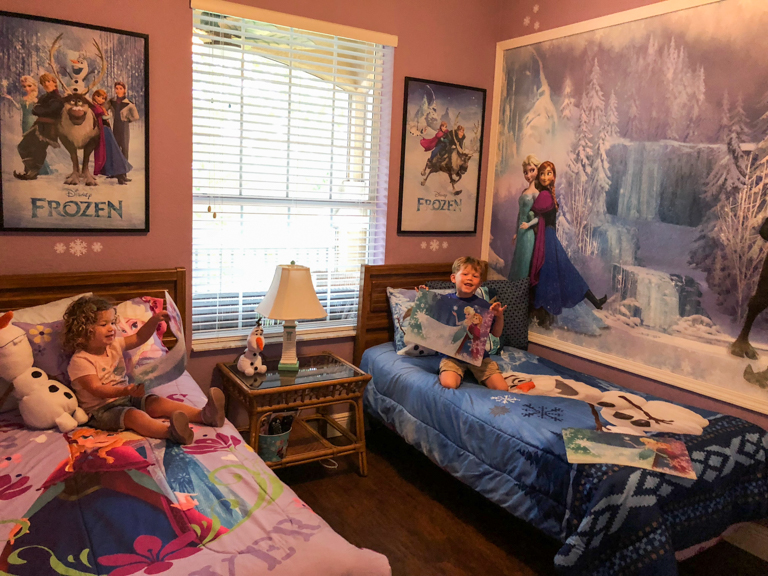 The next morning it was time to head into the park! We weren't aiming to open the park, thankfully. Coming from California, that 3 hour time difference doesn't make me want to get up early.
We're catching a little bit of Tropical Storm Alberto so it's a good thing we got some ponchos. 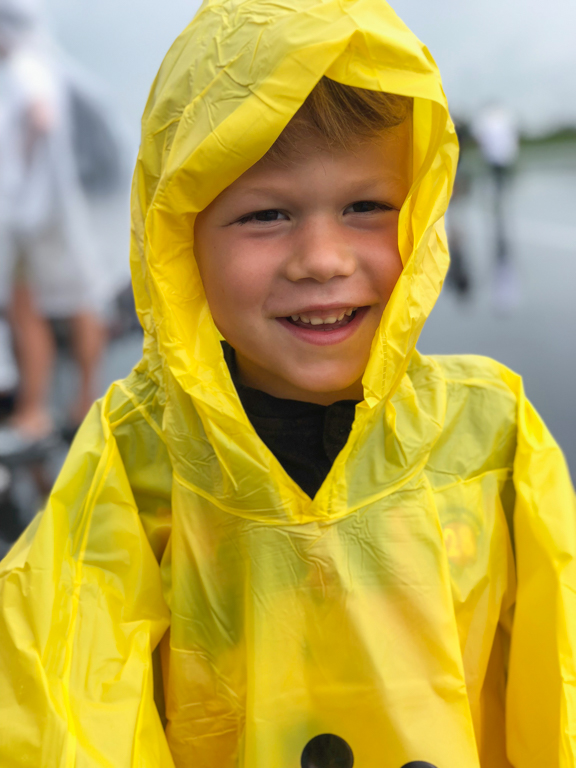 Pink for Alli of course. The rain was off and on throughout the morning. 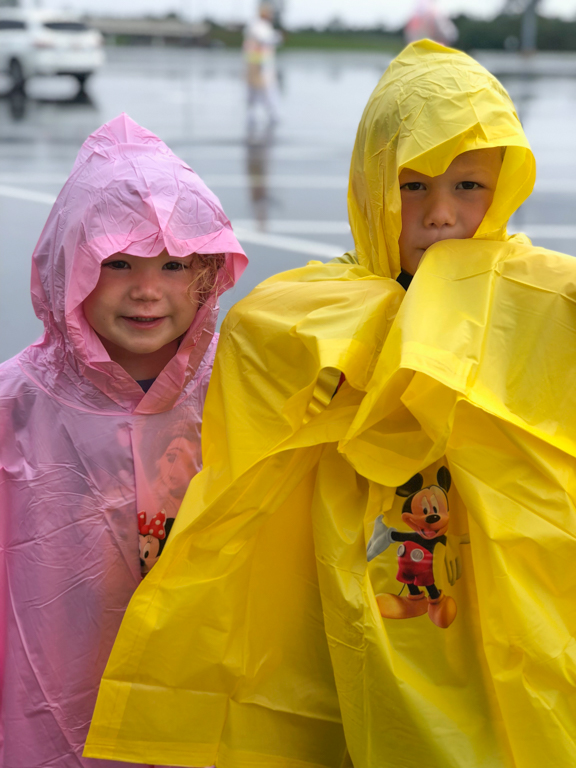 The obligatory family pictures in front of Spaceship Earth. 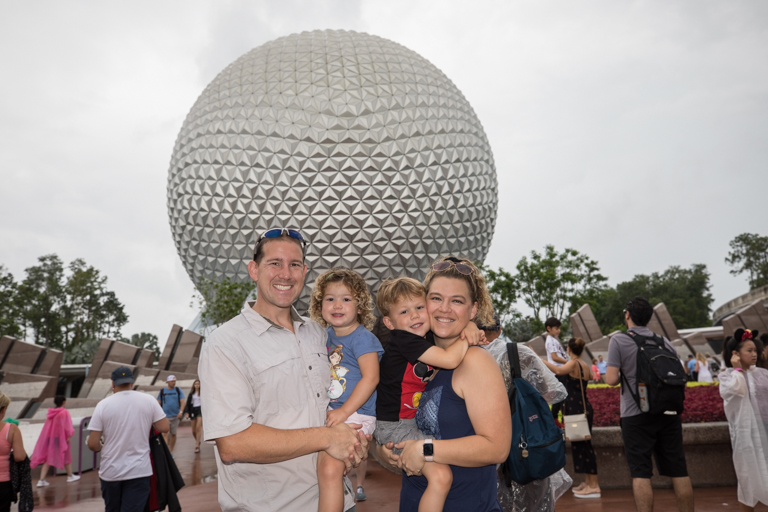 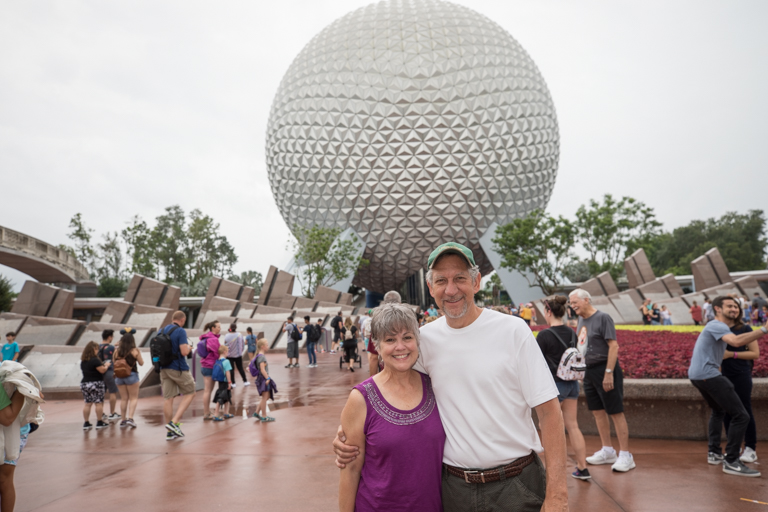 First up, we're headed to The Land pavilion, to ride T's favorite ride. Just as we were parking the strollers, the skies opened up and we got poured on. 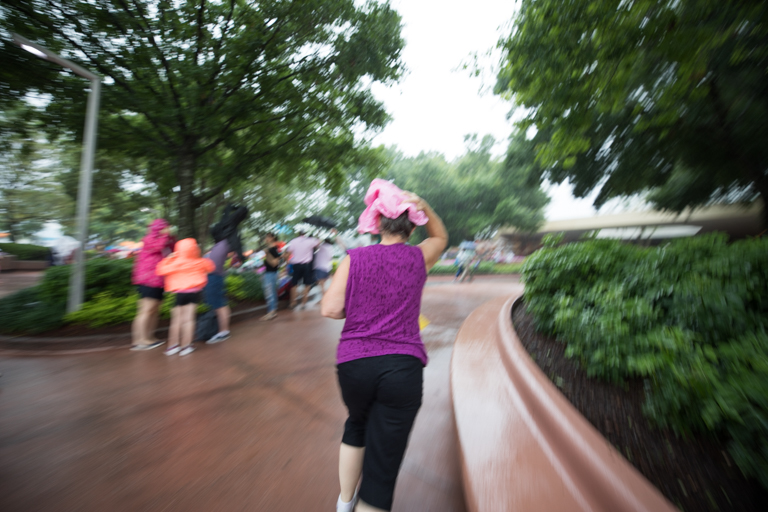 T's favorite ride is Living with the Land. She's loving all the fruiting and vegetable producing plants. 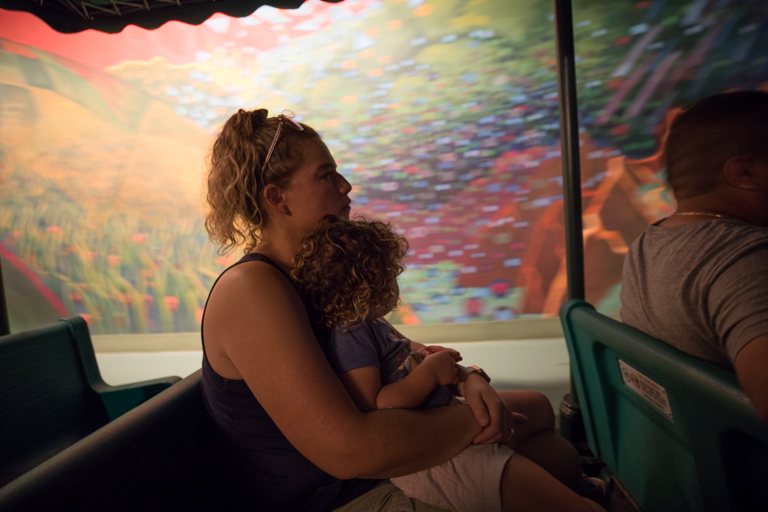 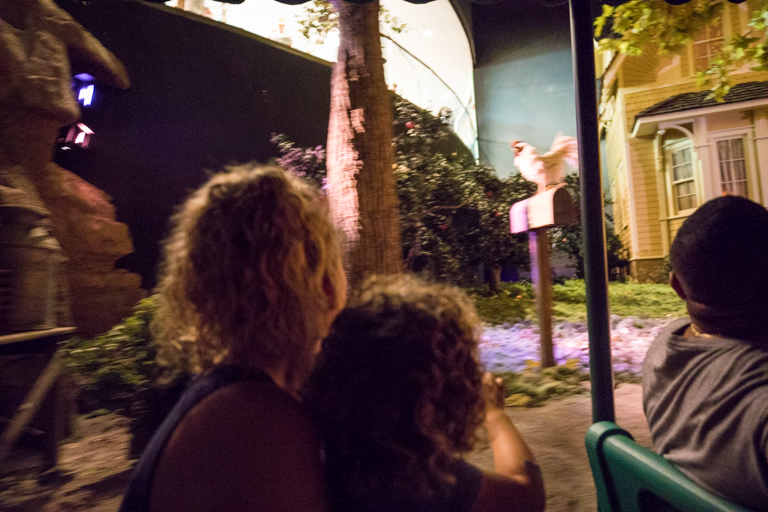 T pointing out everything to Alli. Look bananas! Look pineapples!
The rain was still coming down hard. So much that you could see sheets of water running down the greenhouse windows. 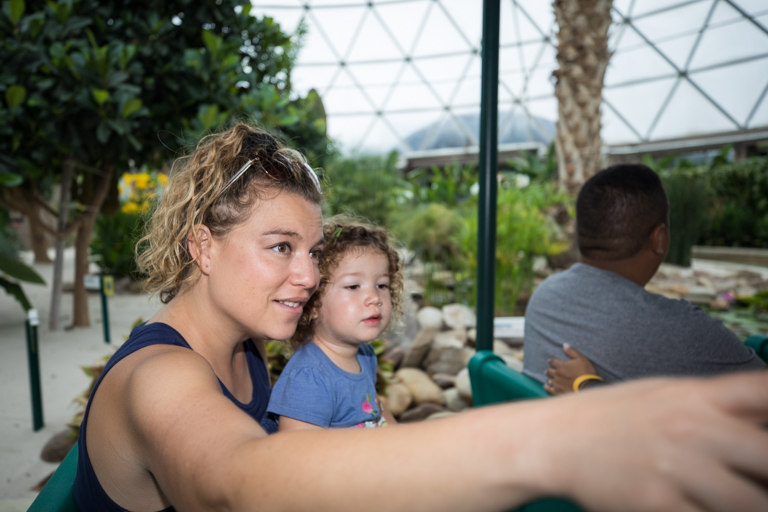 I happened to be looking in the right direction when there was a big flash of lightning followed by an immediate BOOM! Did the building just get hit by lightning? Ian rode like this the whole rest of the way. And after the ride was over, it was still raining and we had no-where to be, so we all hopped back in line and rode it again. 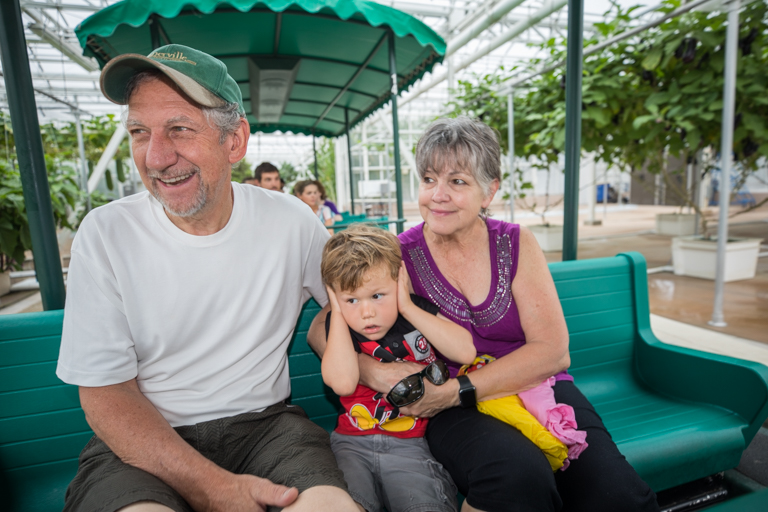 Once everything settled down outside, it was time to visit Club Cool. I still miss the old flavors, but I'm glad they kept Beverly. We're just catching the end of the Flower and Garden festival. A lot of the decorations are still up. 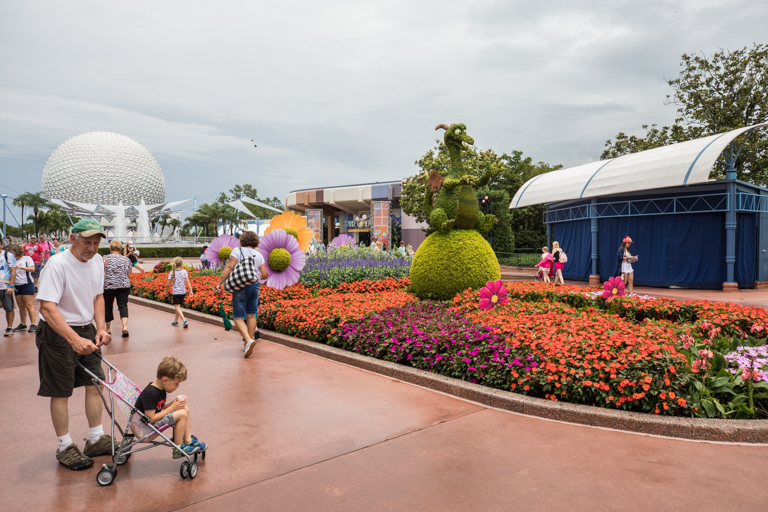 So colorful. It's great. 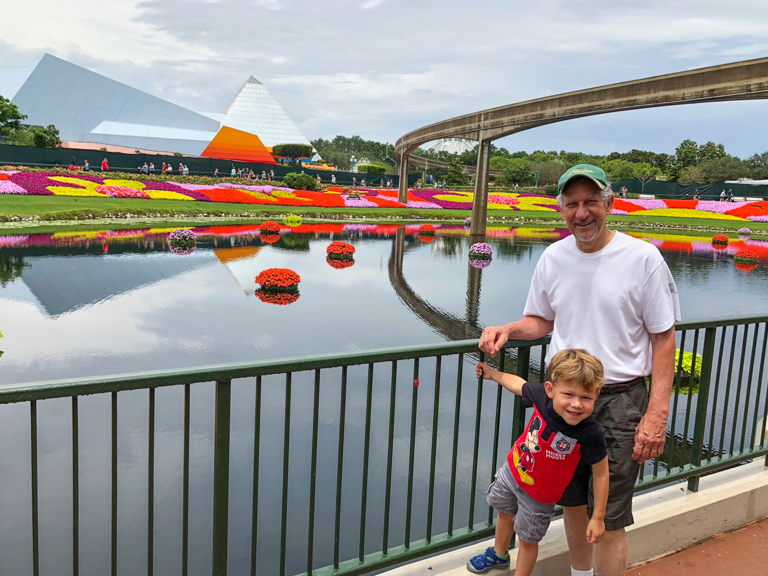 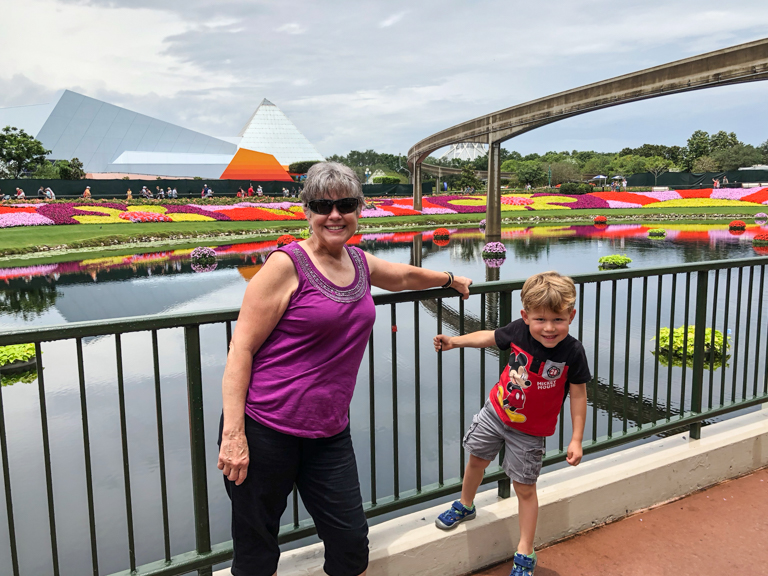 I was able to acquire a reservation at Le Cellier for everyone's lunch. Alli was a big fan of the pretzel bread. 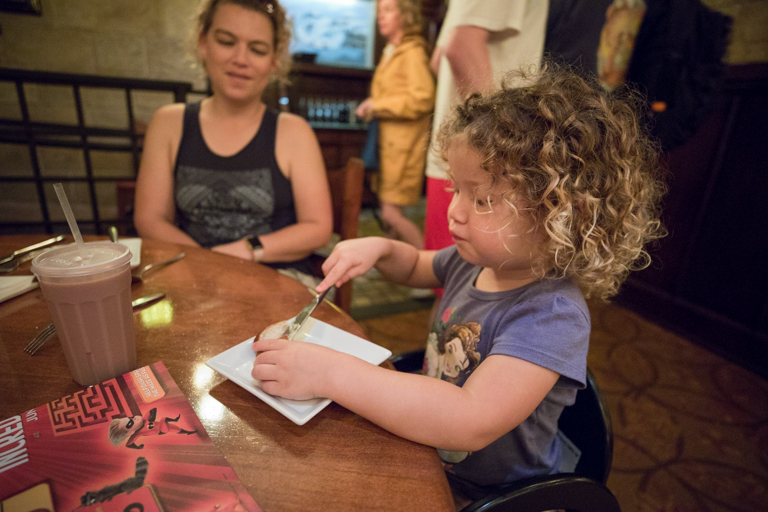 Not so much the steak though. Don't mind if I do...
The rest of us feasted on the delicious cheddar beer soup, breads, and both kinds of poutine. It was a tasty lunch to be sure, but ended up not being our favorite this trip. That'll come later. 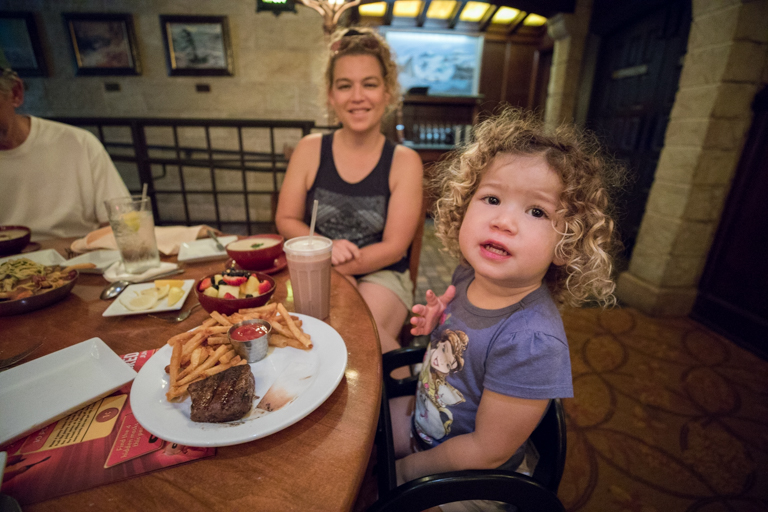 To round out our Canadian meal, everyone headed back to watch O Canada! with Martin Short. It's still a fun show, and I like the 360 view of everything. An early pre-cursor to the Oculus Rift I suppose. Now that makes me wonder how much Disney content might be available in VR. Hmm. 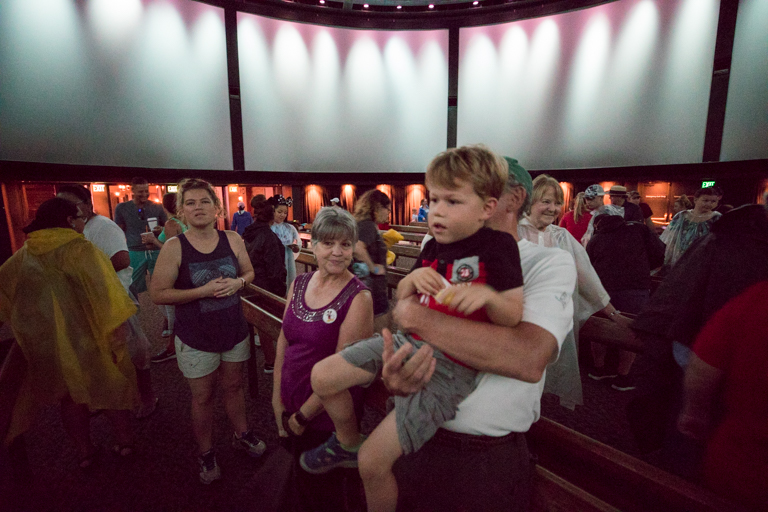