Star Wars Day - May the Fourth Be With You

Happy Star Wars Day! The first organized celebration of Star Wars Day was back in 2011, and now it's celebrated worldwide!
What better place to spend the day than at Disneyland! 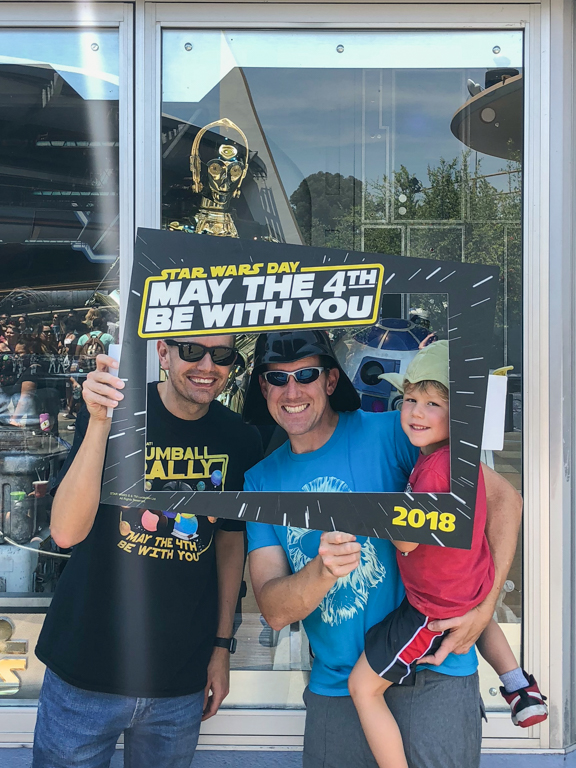 Luckily T and I were off work today, so we piled the kids into the car and made it to Disneyland shortly after opening. Ian was excited when I told him it was Star Wars Day and wanted to wear his Star Wars shirt and Yoda socks. 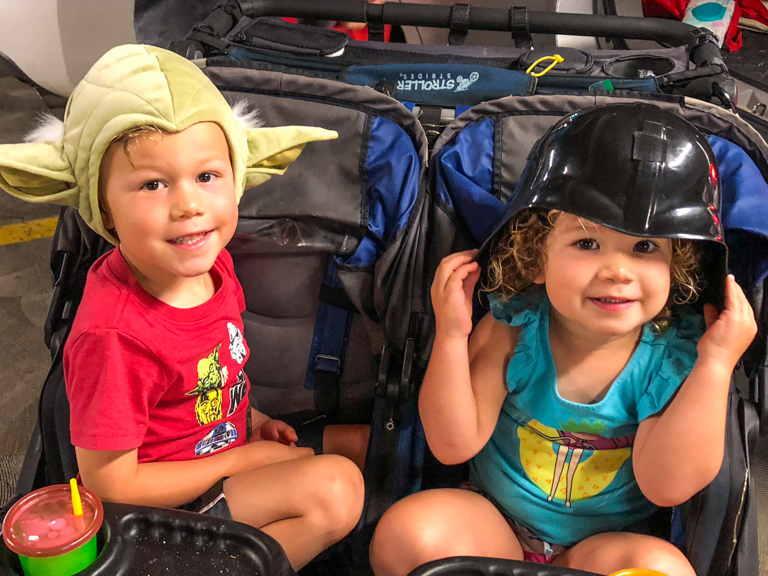 Technically I'm celebrating Cinco de Mayo a day early, but I've got the hat and we aren't coming back tomorrow.
My hat came from Walt Disney World in the Mexico Epcot pavilion. Notice the Mickey ears and the red mickey decoration. The kids hats both came from Disneyland. 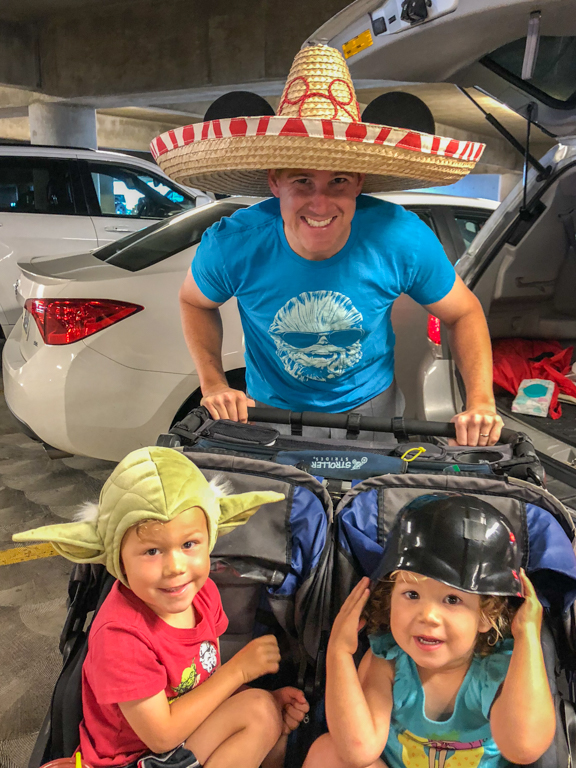 Our first ride of the day! 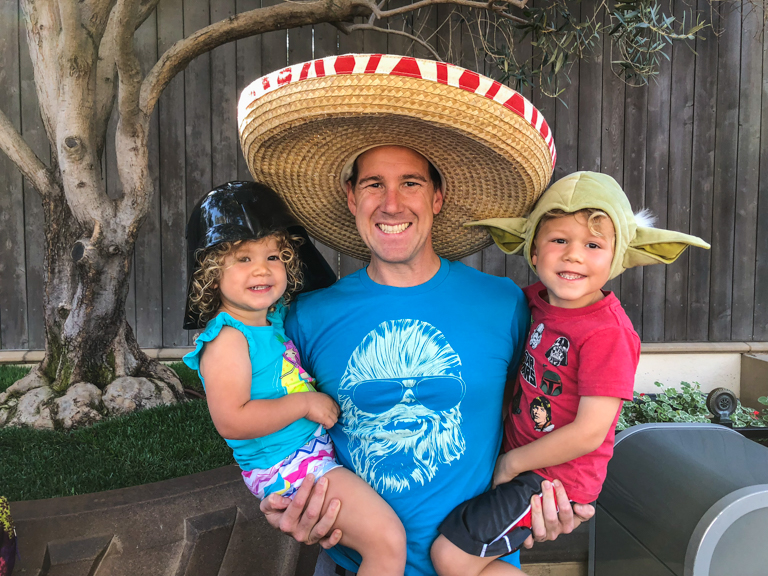 We took a spin on Luigi's. 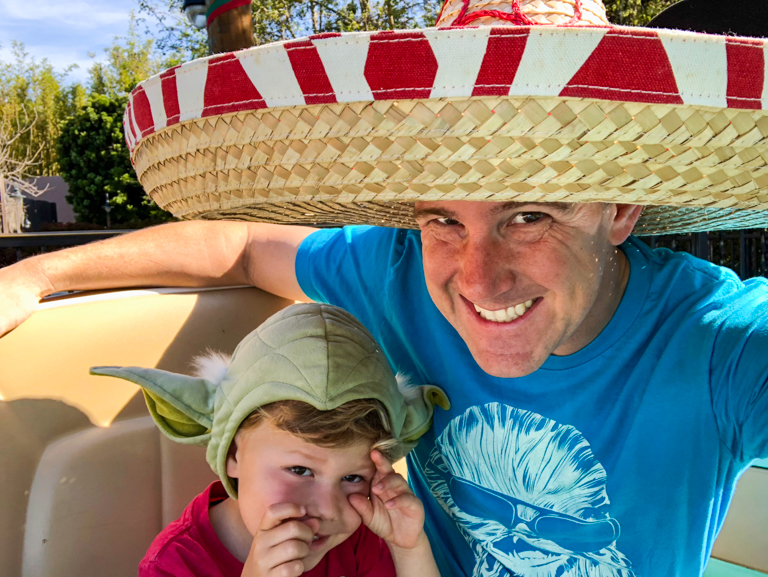 Followed by a ride on Mater. No lines this early in the morning. 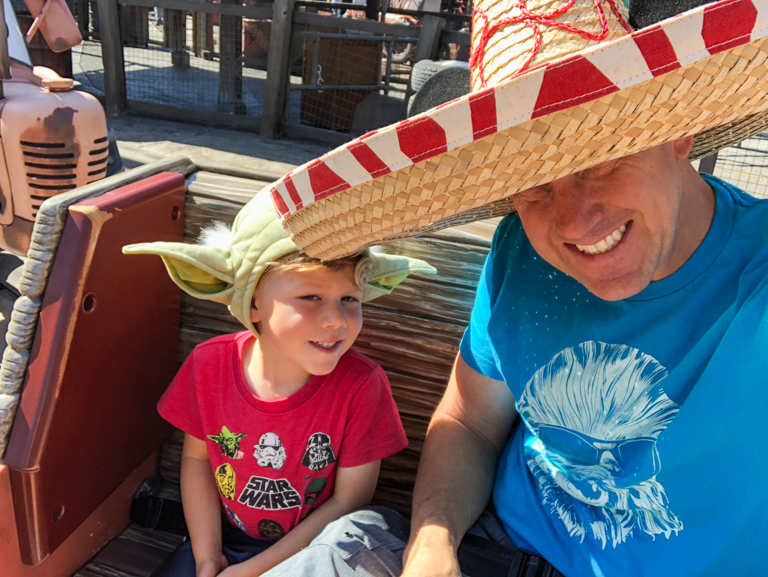 The kids both enjoy their chocolate and bread. Both of them ask "Mommy, can you open my bread?" And I get the tasty sourdough crusts. 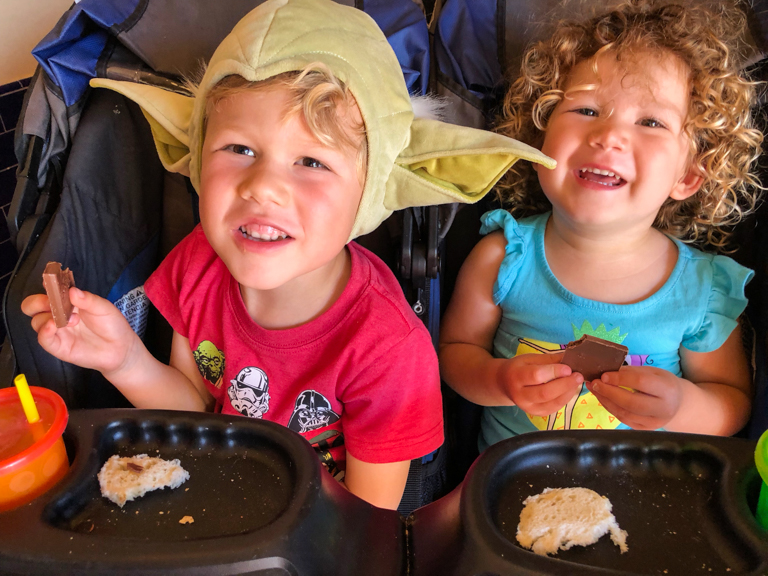 Alli was done with her hat, so I took over the duty of wearing it.
We've got to enjoy A Bug's Land before it's gone forever. We always love Heimlich. 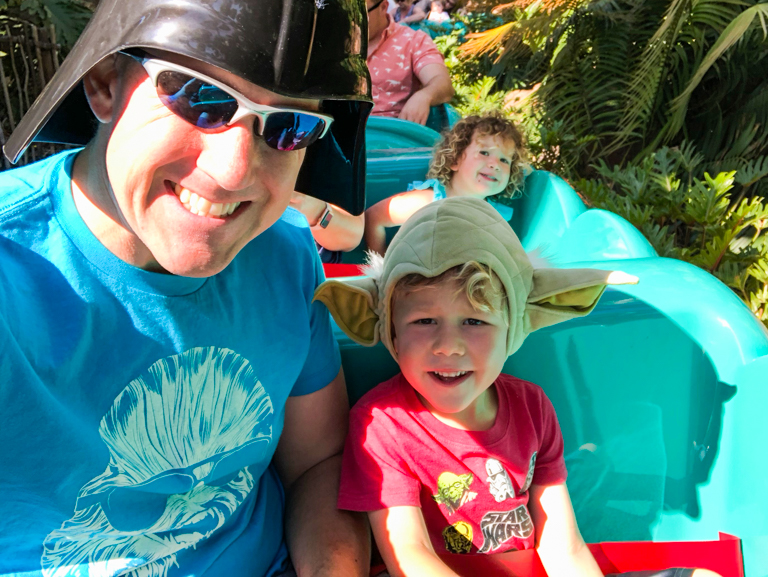 And Francis is a fun one too. 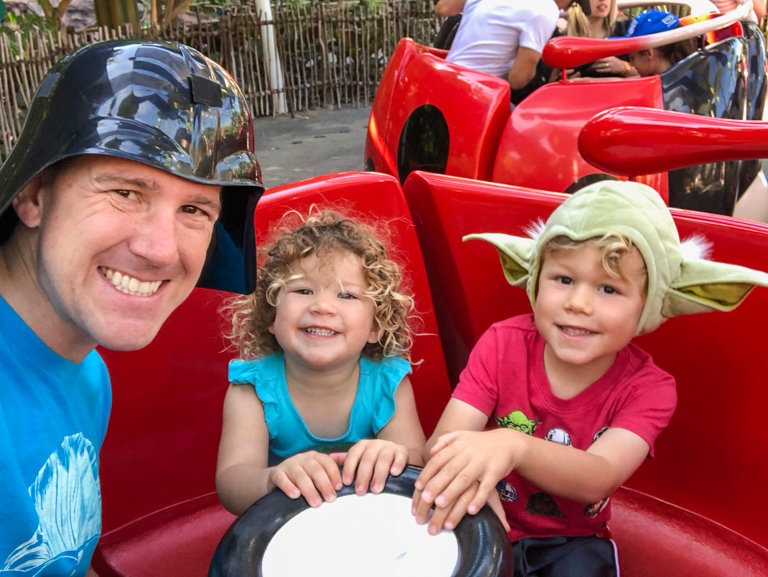 Despite the pleas to watch Frozen we continued onward to our next ride. 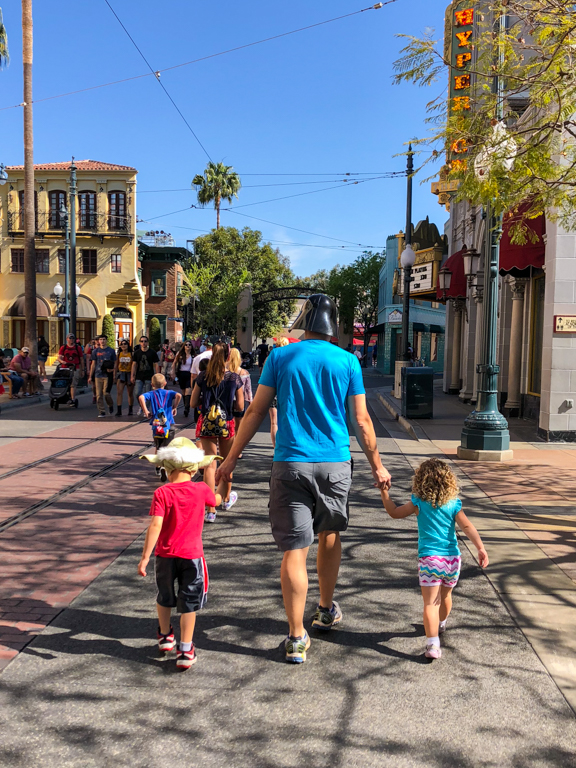 Monsters Inc! At the end, Roz told me that I wasn't allowed to take any little monsters out of Monstropolis. 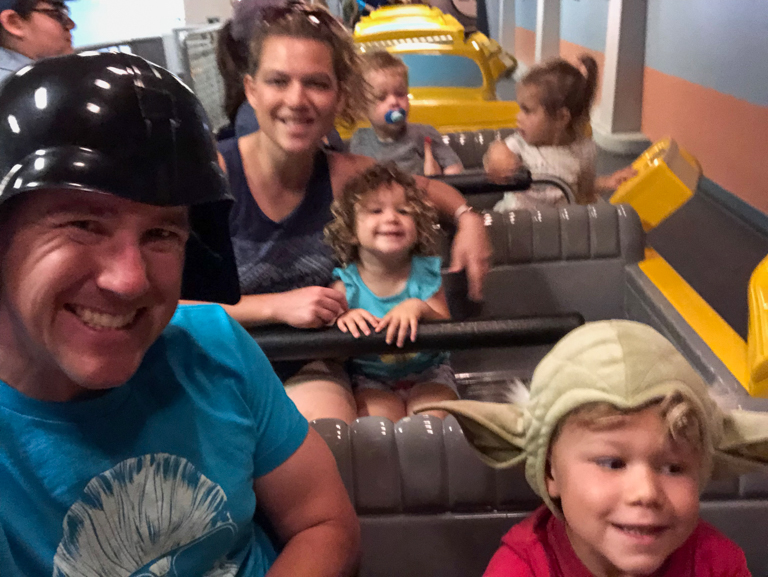 Then we all journeyed under the sea and saw Ariel. 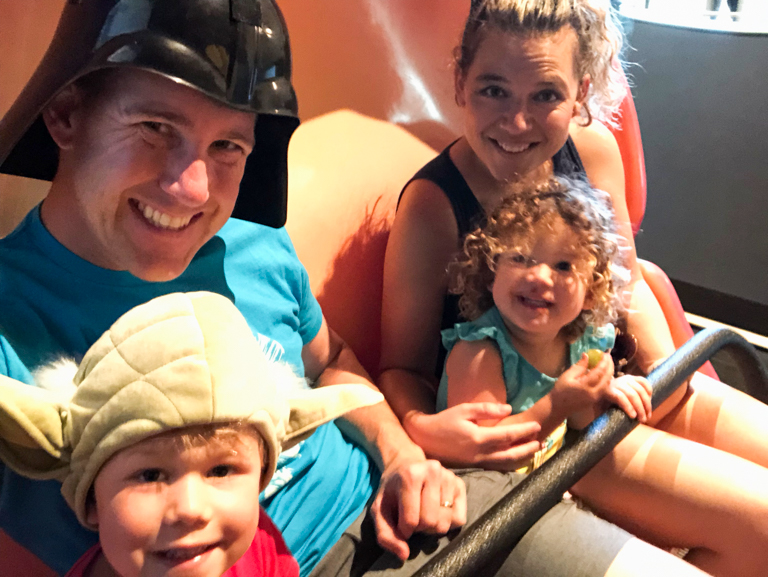 And while we waited for our Toy Story fastpasses to open up, we enjoyed some of the other rides on the pier. Alli (still sporting chocolate on her face from earlier) and I rode the Golden Zephyr while Ian went on the Jumping Jellyfish. 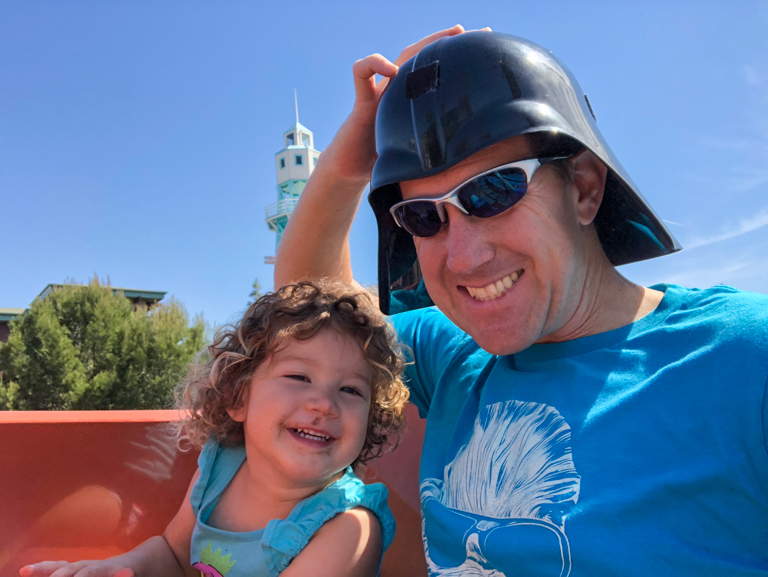 Alli isn't quite tall enough for the swings, but Ian is! She'll be there soon enough. 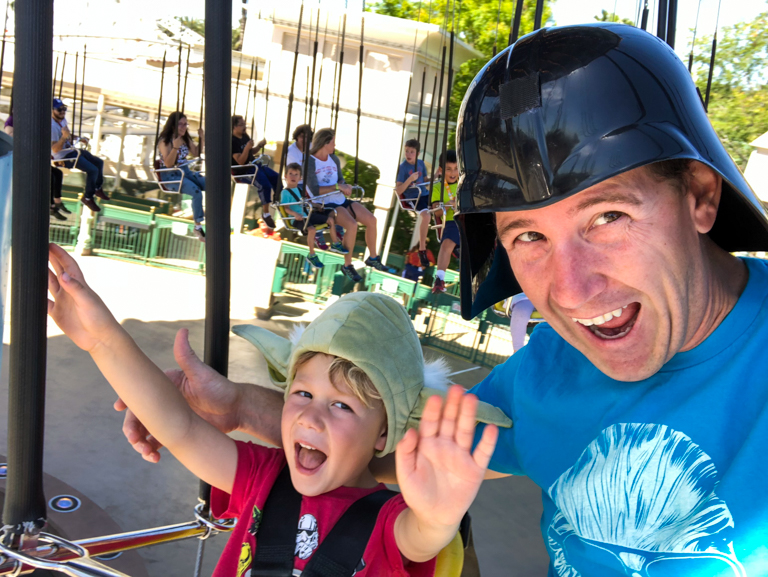 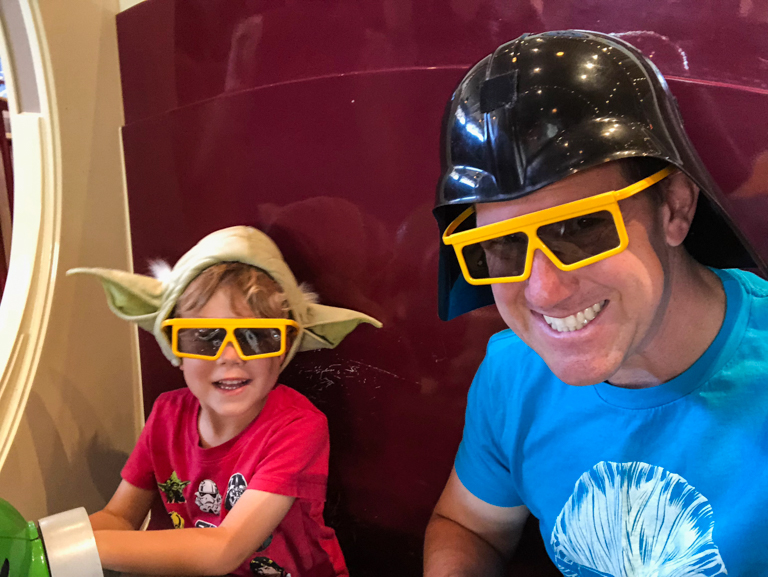 I didn't do half bad. Ian's doing better and better each time. But who's that who scored 270,500 and has the top score for the day? 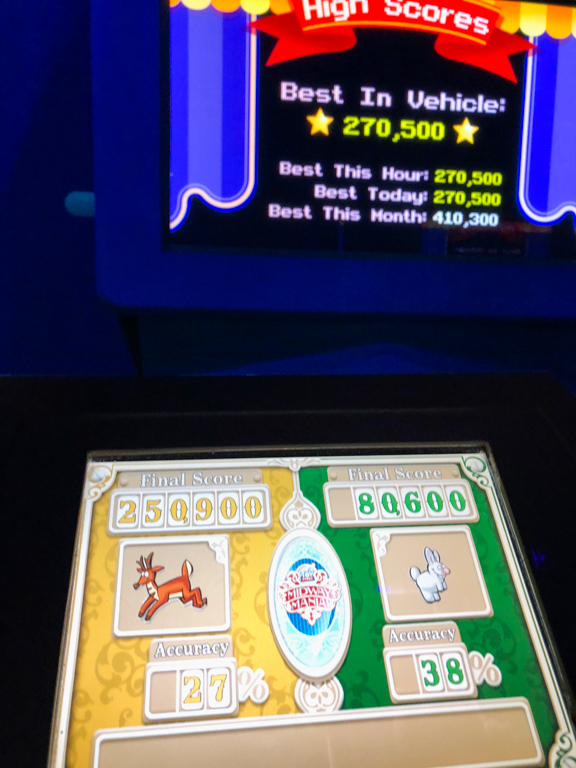 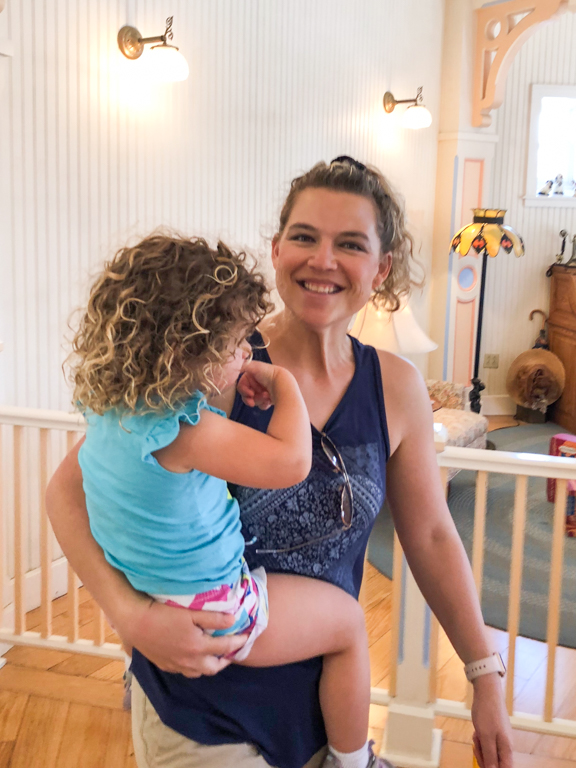 A brand new soft-serve ice cream shop opened up this week. The Abominable Snowman serves yellow soft-serve (no no no, It's Lemon!) and boy are the lines long! There's just two serving windows and the line had nearly 70 people waiting! I'll try again when it's not so busy. 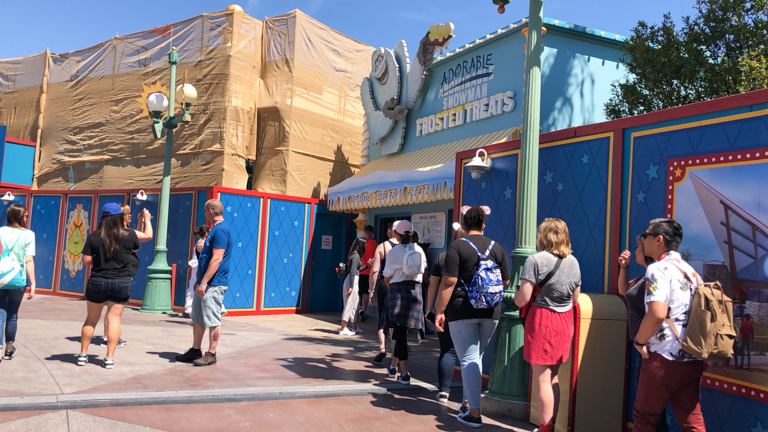 Time to make our way over to Disneyland.
Alli - "Mommy, hold me when we get near the bees." 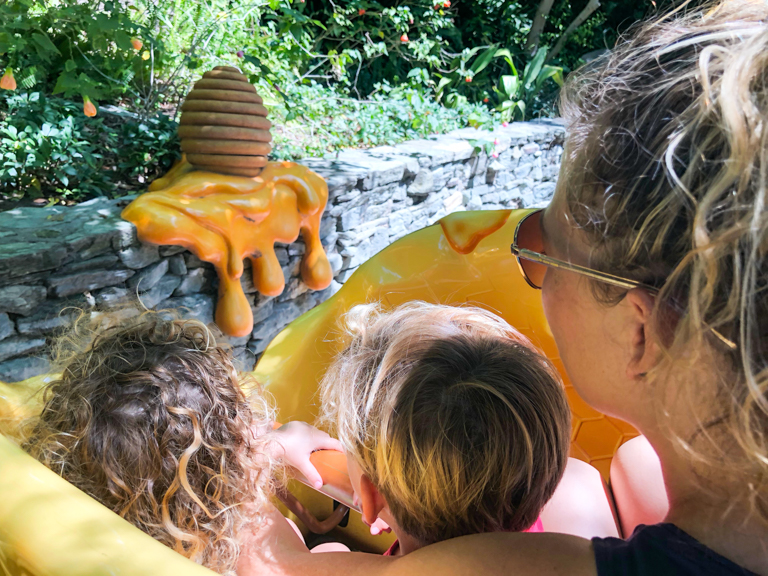 Ian has to go on Splash Mountain every visit now. And in keeping with his "I don't need you to hold me" phase, he's even sitting in his own seats, instead of sitting next to me. 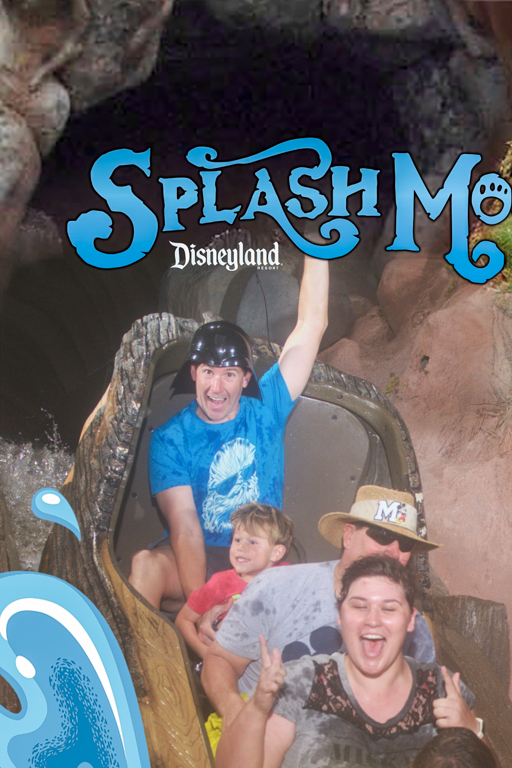 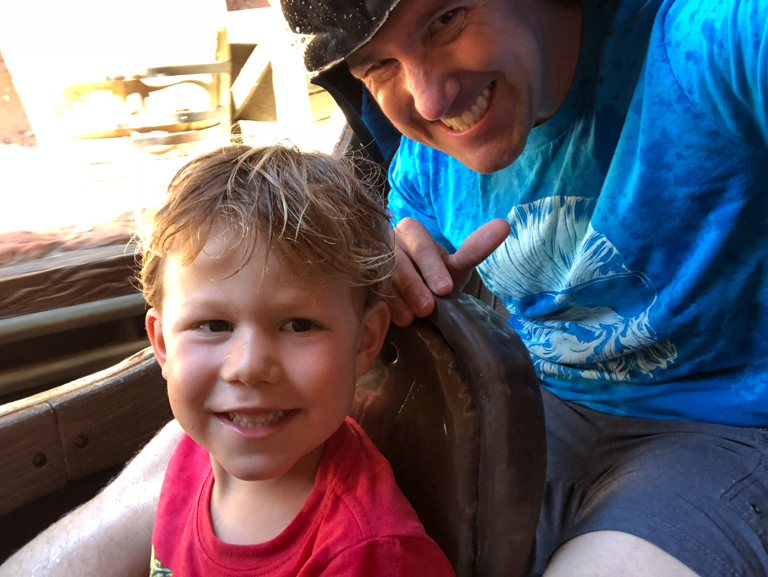 Walking through the Haunted Mansion queue, so many people got a kick out of Ian in his Yoda hat. From behind he's almost the right size to be a little Yoda strolling the park. 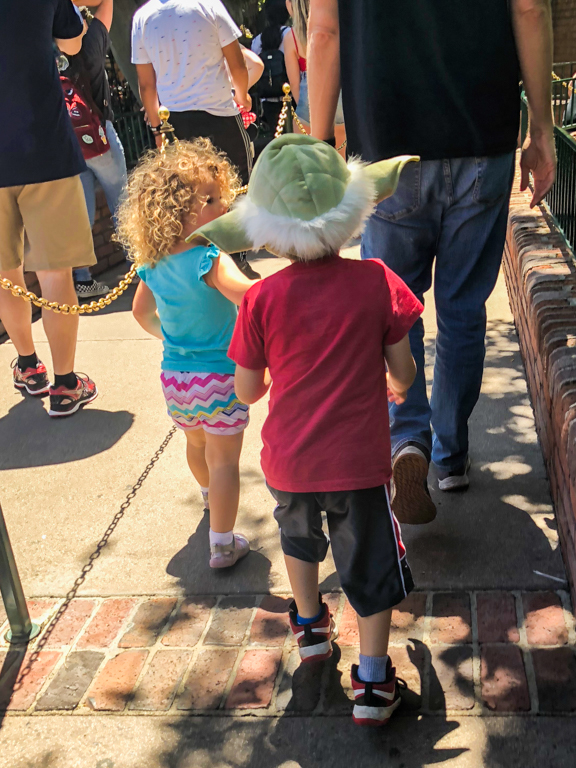 So many people are celebrating today. Wearing Star Wars shirts, hats, backpacks, lightsabers, and full costumes on some kids. This one gets my vote though for best of the day. A stroller converted to look like Rey's repulsorlift speeder. It even has a net on the side with BB8! The couple pushing it were nice enough to allow me a photo. 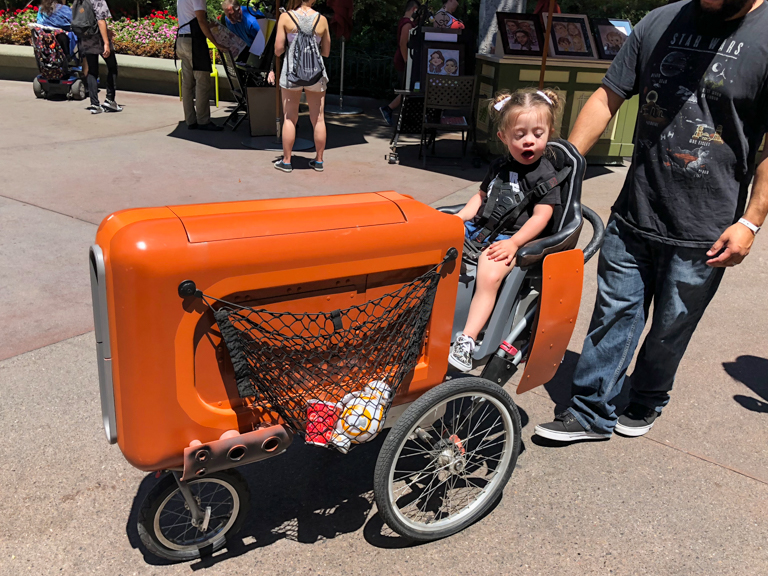 Our last stop in the parks was Tomorrowland to get some photos. I was really happy to see they had signs made just for today. 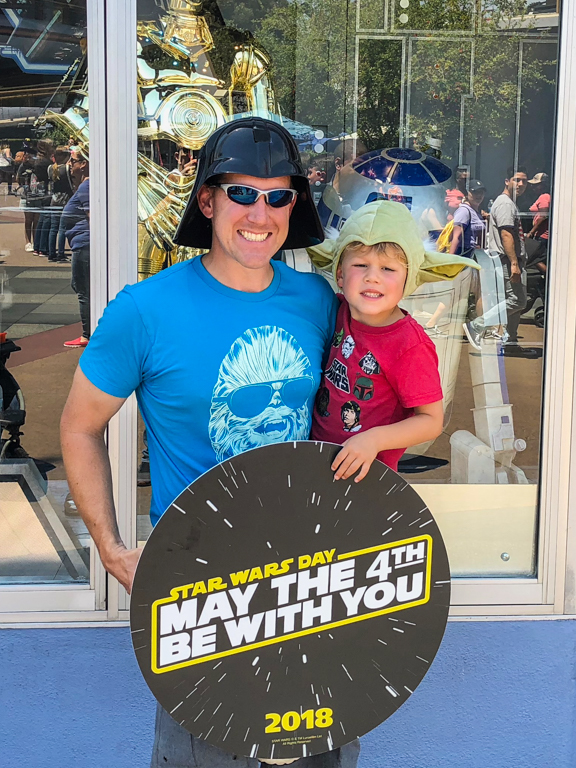