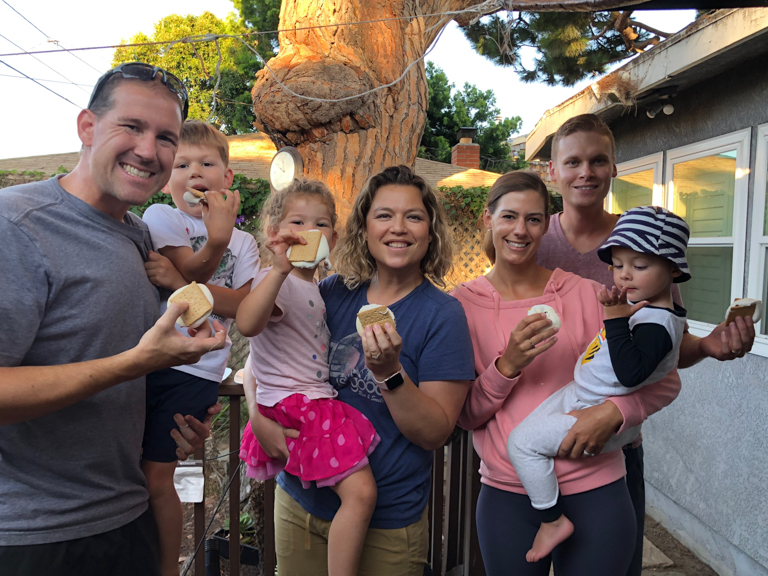 Some of these holidays we've been celebrating are a bit random, but S'mores day seems to be a bit more celebrated everywhere. Walmart had a huge display as soon as you entered with plenty of s'mores ingredients. Elsewhere I saw s'mores frappuccino's being celebrated at Starbucks and s'mores cookies at various bakeries. 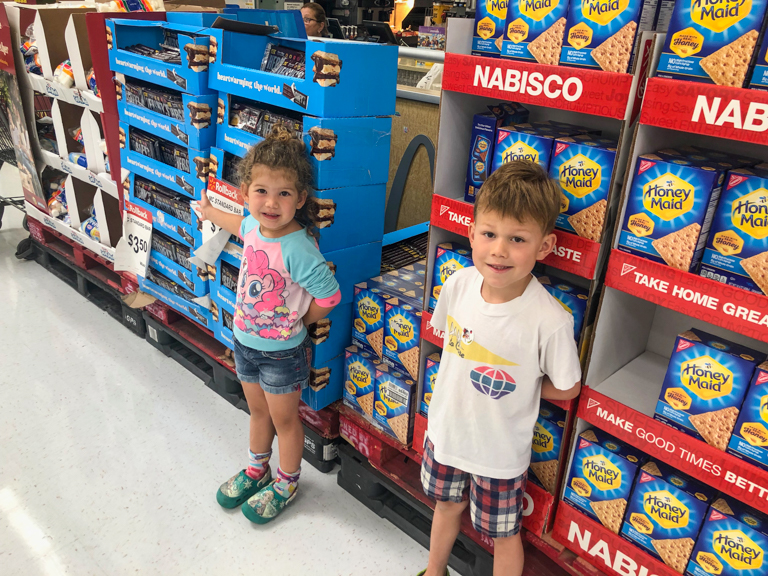 Normally I'd take a photo like this of all the ingredients. Get everything set up just right and then take a picture. But, this time I didn't do it. 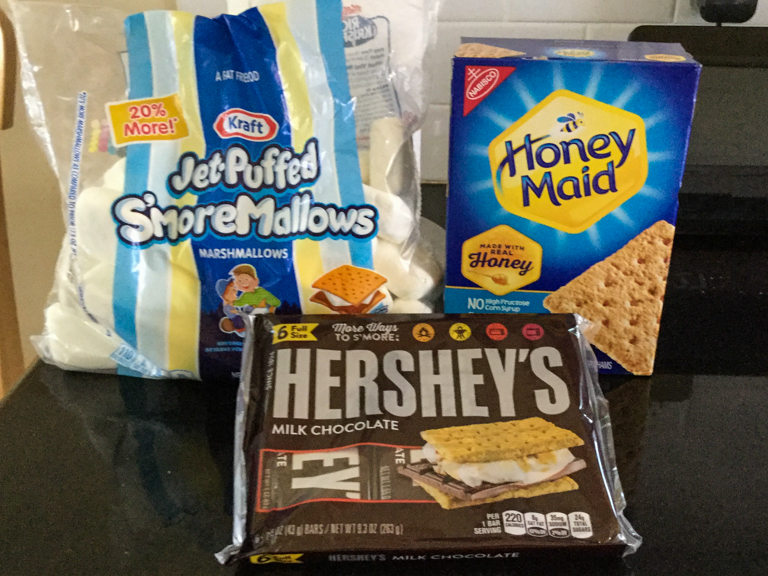 I didn't have to, because Alli did it all for me! She rearranged the different things, took pictures, rearranged them again, took more pictures, and did that a few more times. She loves taking pictures. I think she takes after her daddy. 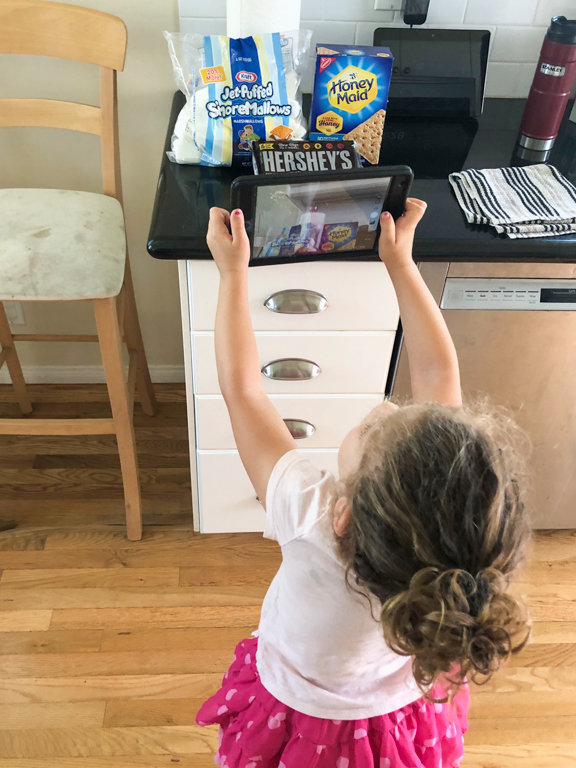 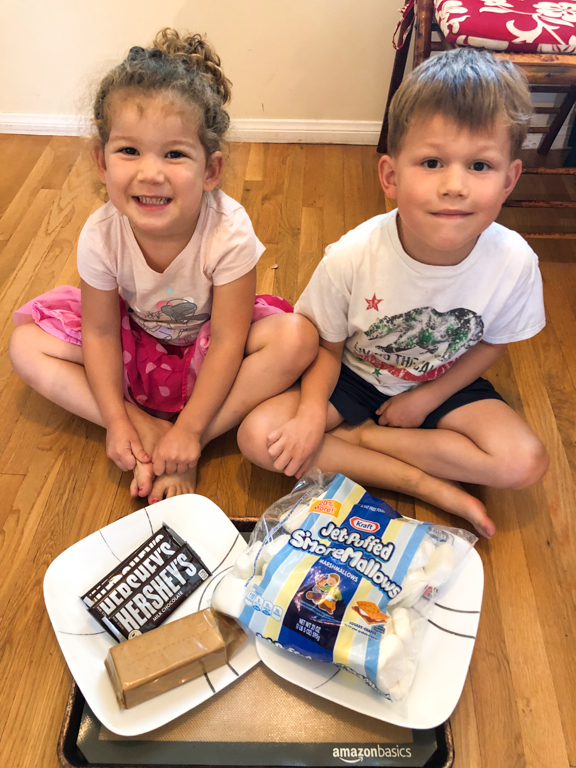 After washing their hands, Alli was in charge of the chocolate. Breaking each of the bars into fourths. Three Hersheys pieces each. 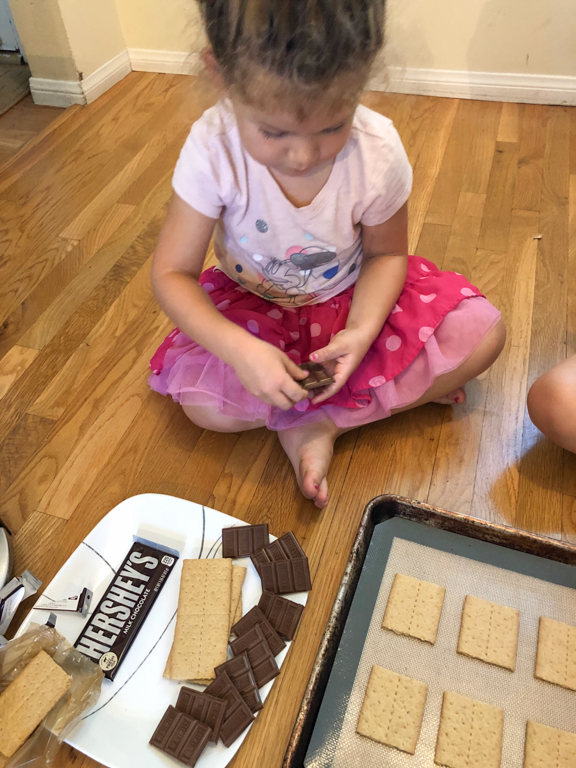 After wanting to eat marshmallows since yesterday, Ian was put in charge of the marshmallows. Counting out 10. 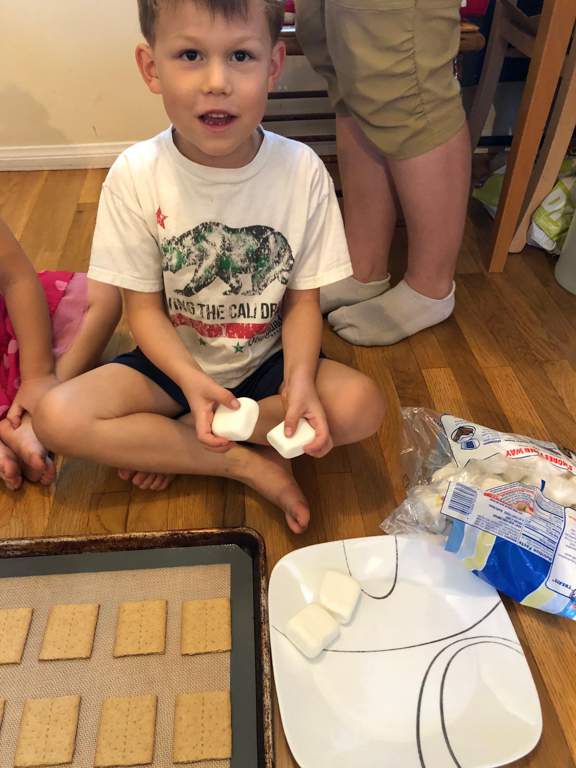 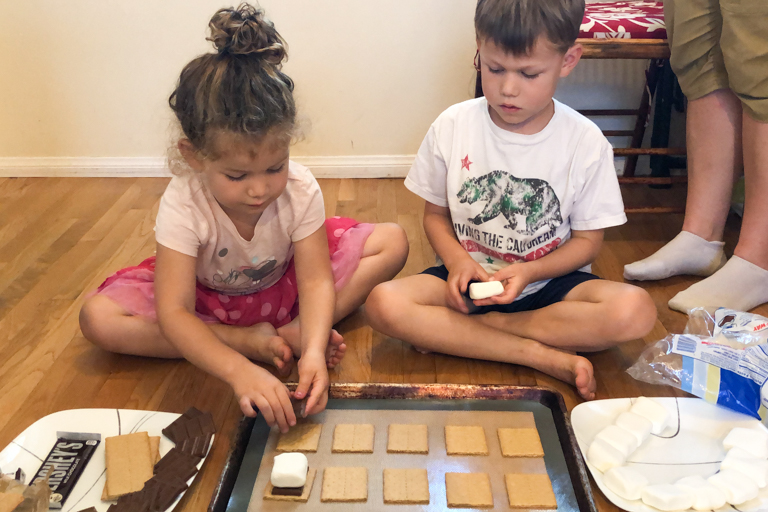 Ian tops it with a marshmallow. 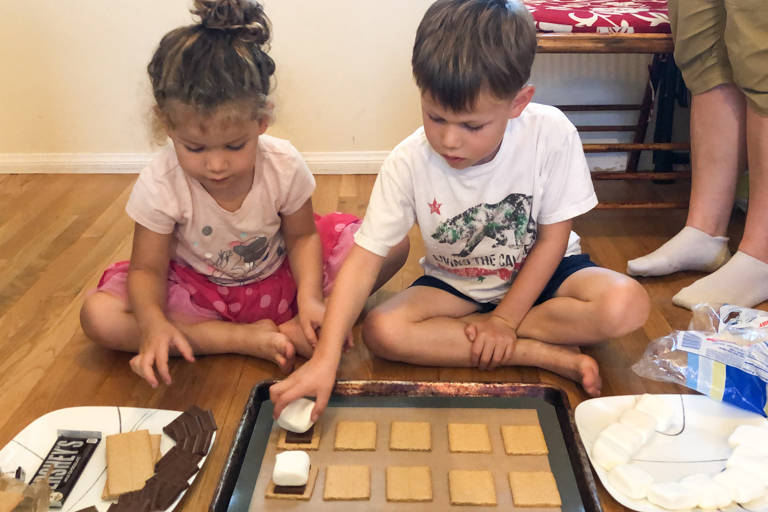 Ten s'mores ready for the oven! And with the leftover ingredients the kids get to eat what they want. 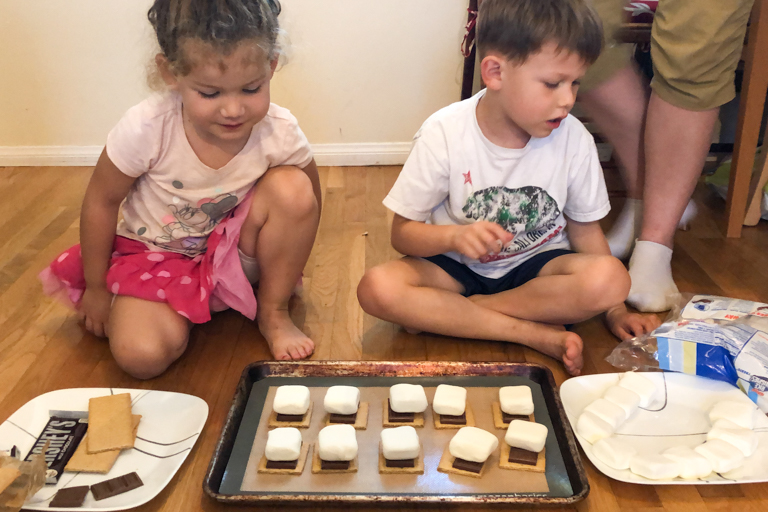 Today we have the giant s'mores sized marshmallows, so instead of putting two round marshmallows on the tops, there's just one and it sits flat. With a bigger marshmallow, 5 minutes at 400 degrees was enough to get everything gooey. 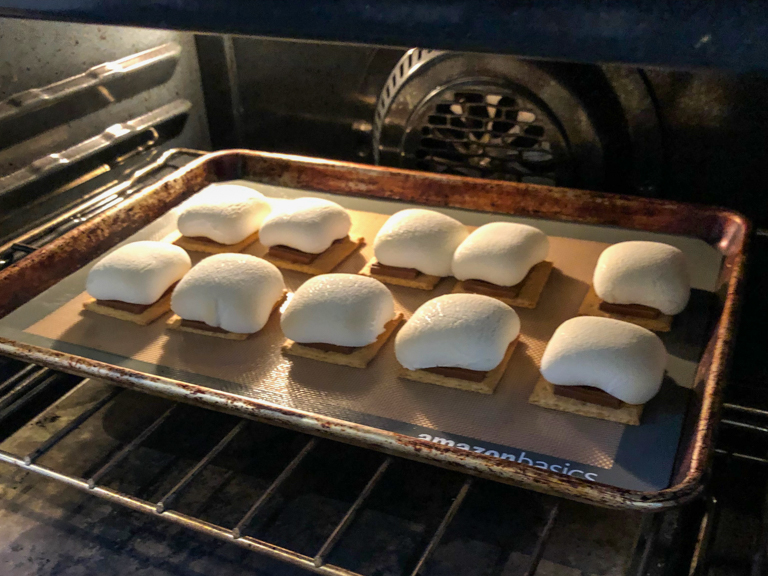 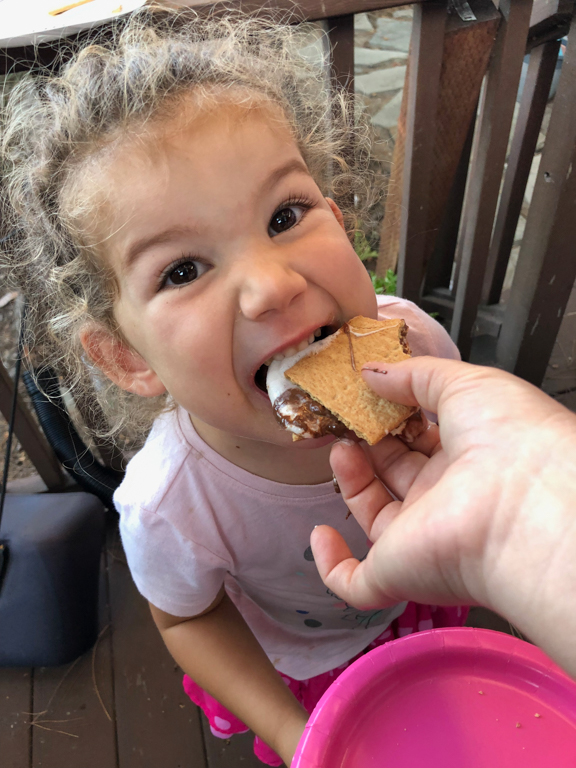 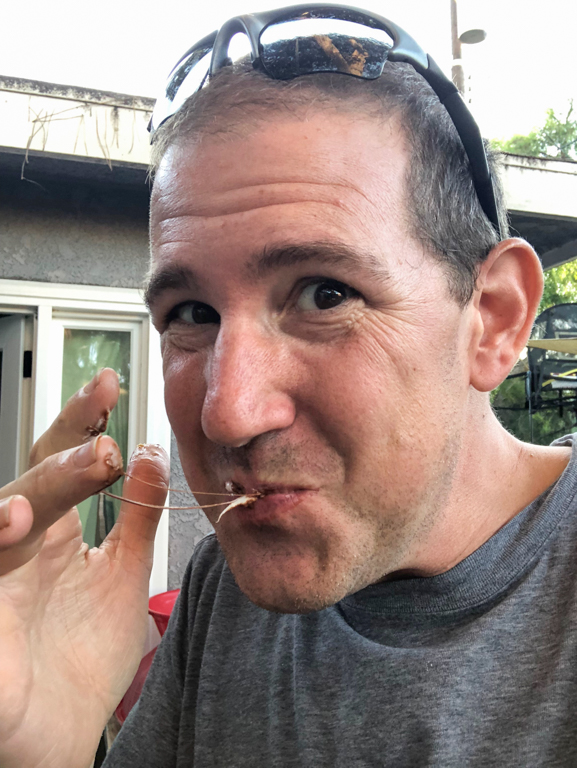 Did you celebrate S'mores day?
Posted by Joe at 6:00 PM