It's Sunday! Let's go to Disneyla... Ugh, no let's go to the beach instead

It's a beautiful Sunday morning. Like usual we're headed to Disneyland! T and I got things ready the night before. I figured out our hat theme, T got food and drinks packed up. The next morning we slept in and got to the park about 15 minutes before they opened at 10am. Yikes! Normally Disneyland opens at 8am, but because of the CHOC walk this morning, they're opening 2 hours late. And boy what a mess traffic is. 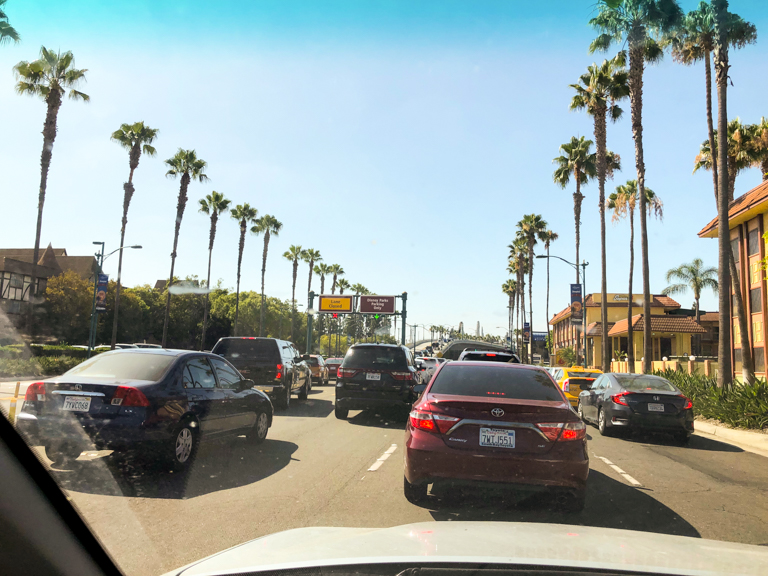 Instead of all that, we turned around and headed to the beach! 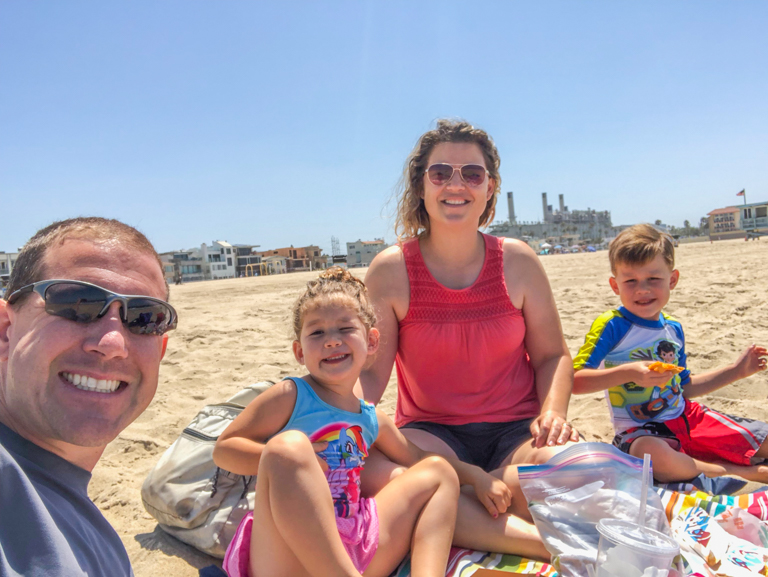 I'm trying to remember if there's ever been a time where we've made it all the way to Disney and turned back home. We exited the freeway and were diverted around the Mickey and Friends parking structure. I was hoping to use the entrance to the Pixar parking garage, but it was blocked. Looks like everyone is headed over to the Toy Story parking lot, but we aren't moving very fast. Like it took 30 minutes to get a little over a mile. We were estimating that it was going to take a minimum of another hour to get to a parking spot. T and I didn't want to deal with that, and then the madhouse that was sure to be security, so we're headed home. The kids were a little disappointed, but they handled it well. 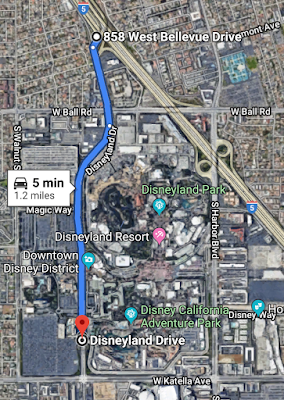 Instead we headed to Hermosa Beach. We got caught up in a little bit of traffic again, as well as some road closures, due to the 2019 Teen Choice Awards. For a second I was thinking, here we go again, but thankfully it wasn't too bad and we found a parking spot without too much trouble. 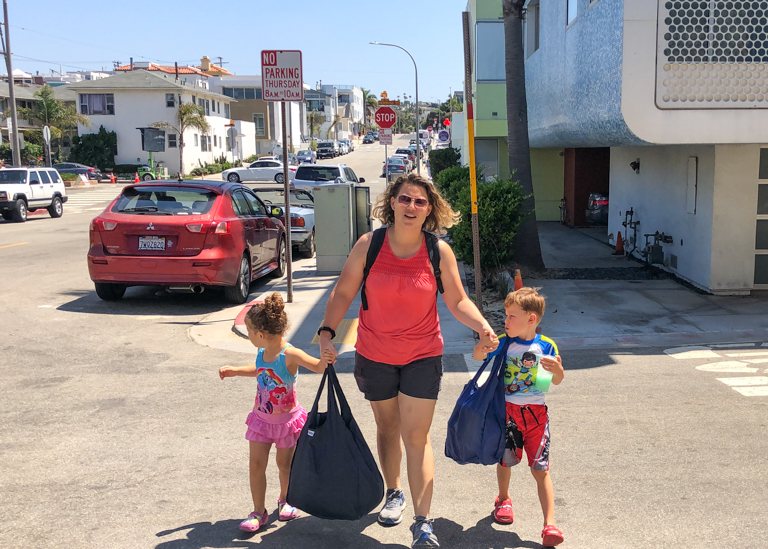 Hermosa means beautiful, and it's certainly a beautiful day to be at the beach.

We'd picked up some food and had a picnic lunch on the sand. 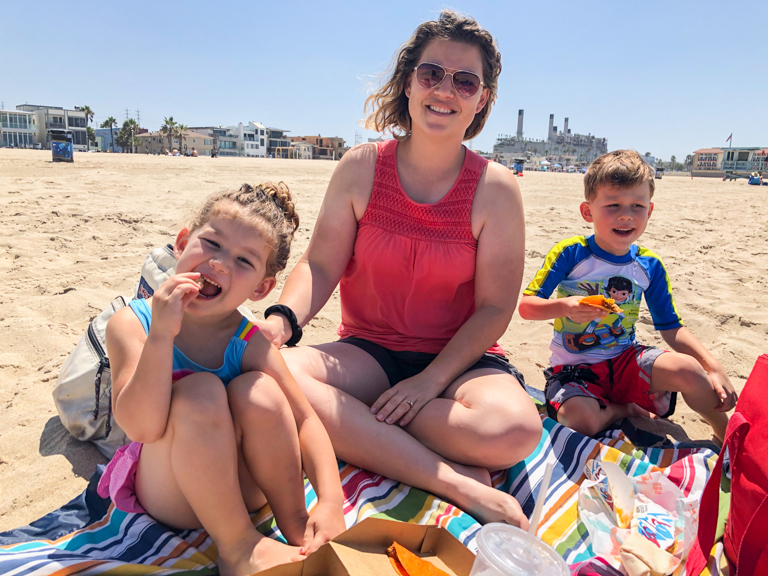 After lunch, the kids enjoyed searching for shells. 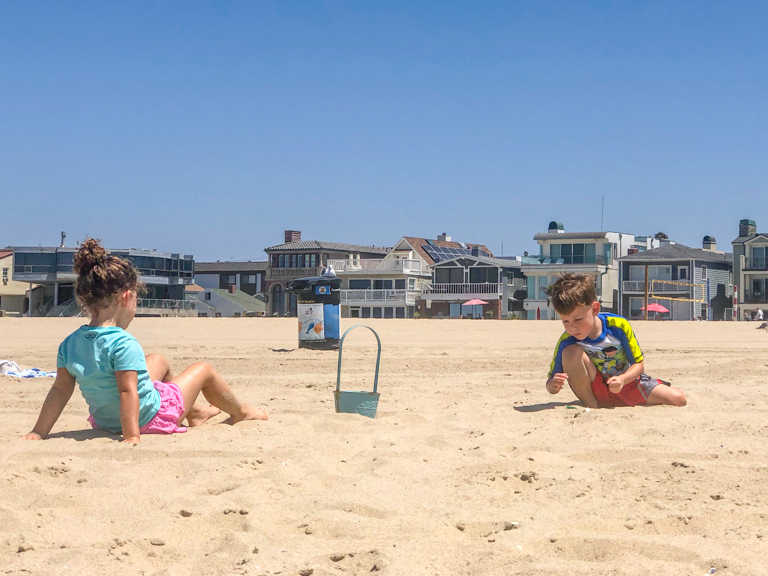 And they found a lot of them. 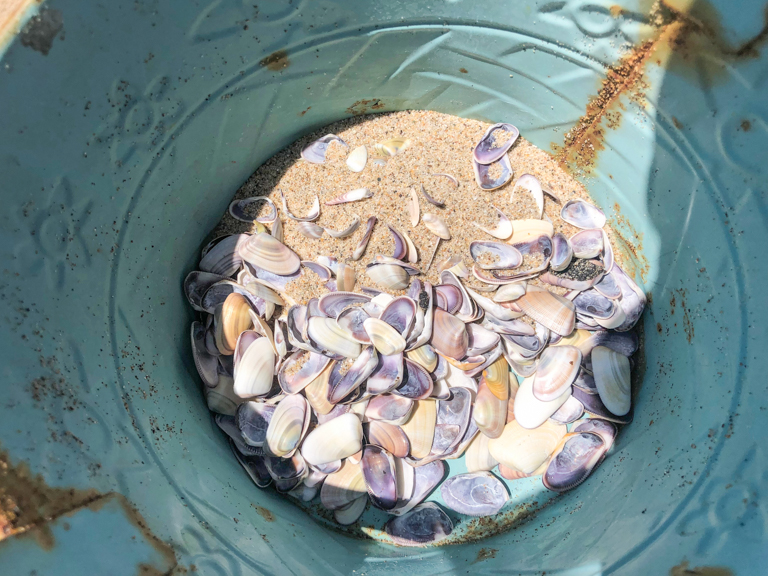 Alli has a thing for birds. She can't leave them alone. When I asked her about her favorite part of the day, it was chasing the birds.

Let's play in the water and make a sandcastle! 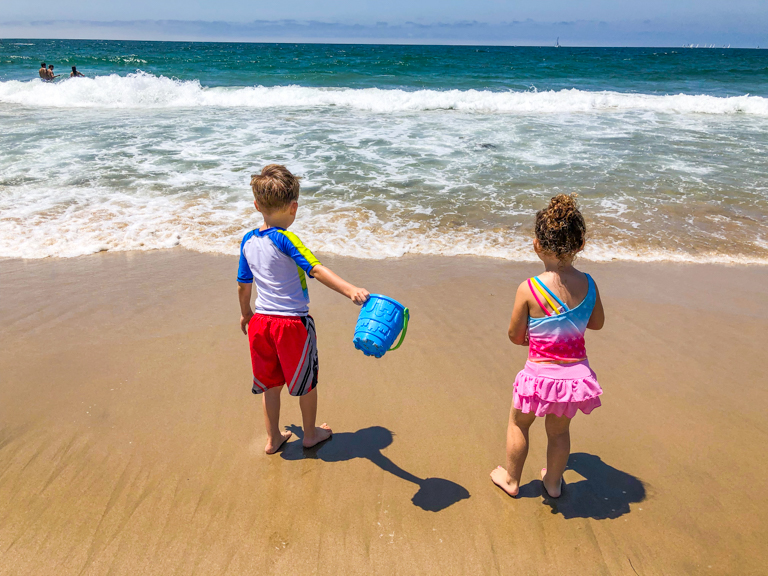 First we scoop up the water. 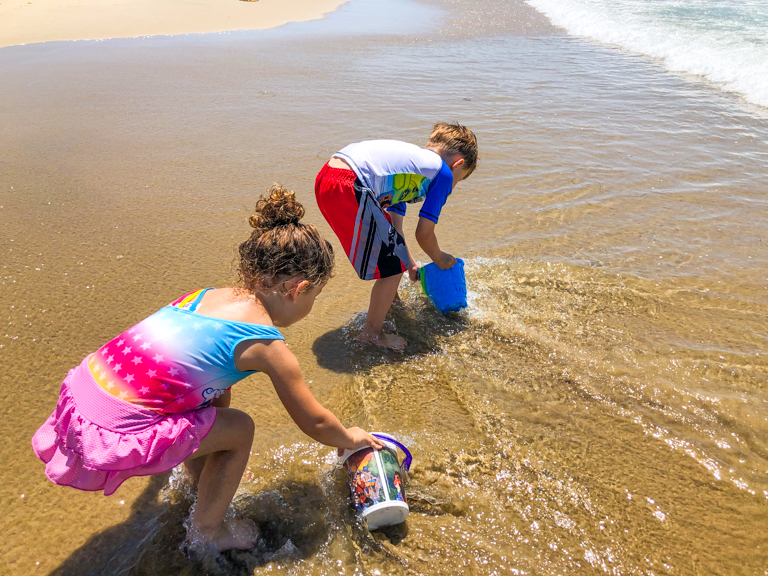 Then we all build a giant mound of sand. 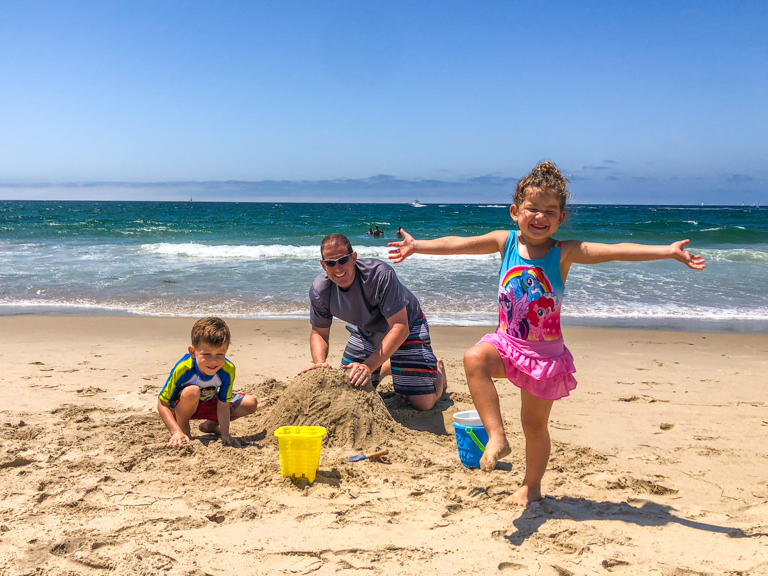 And finally we top it with a castle. 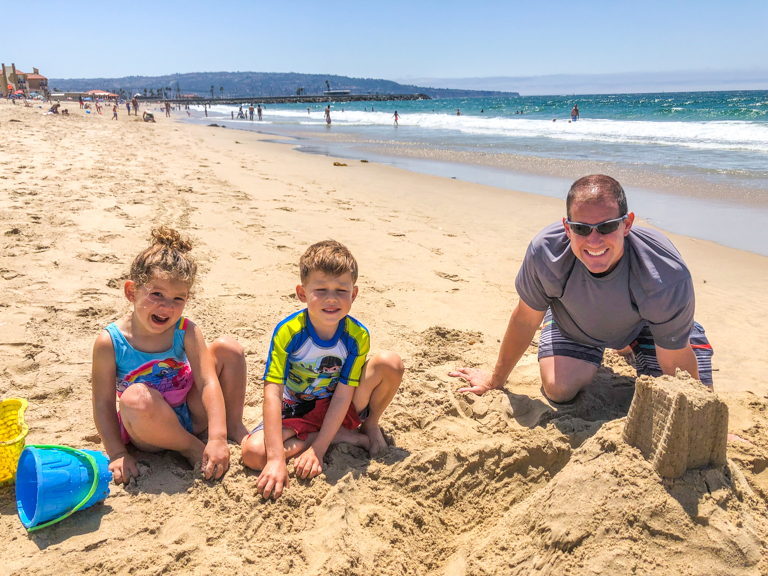 Now we've got to fill in the moat around the castle. 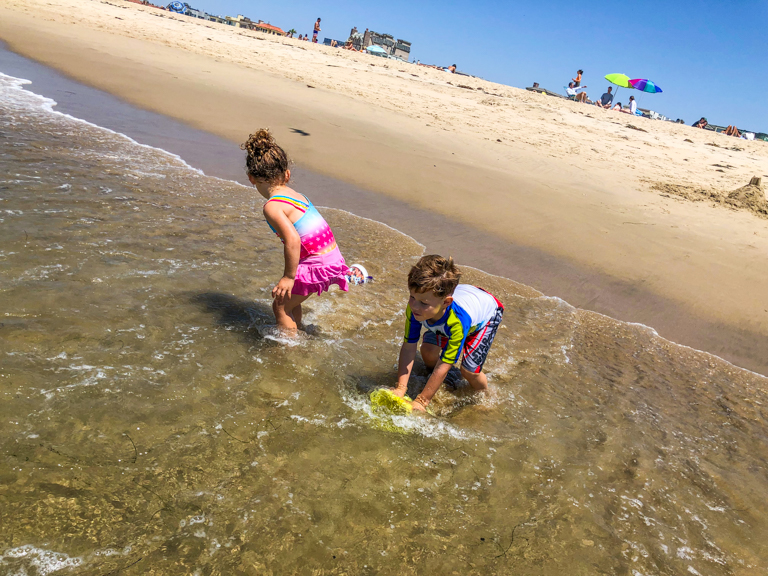 Except the water keeps disappearing as soon as we pour it in. That didn't stop them from running back and forth a few dozen times trying though. 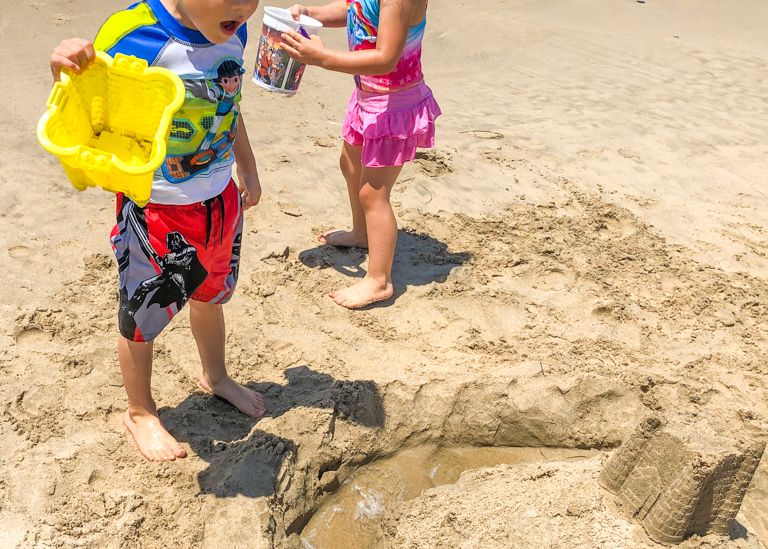 I built the castle up close to the water (with the hopes that the waves would come take it away soon). It was a little too far away to get hit by the waves, so we made a few more smaller castles that would get wiped out. 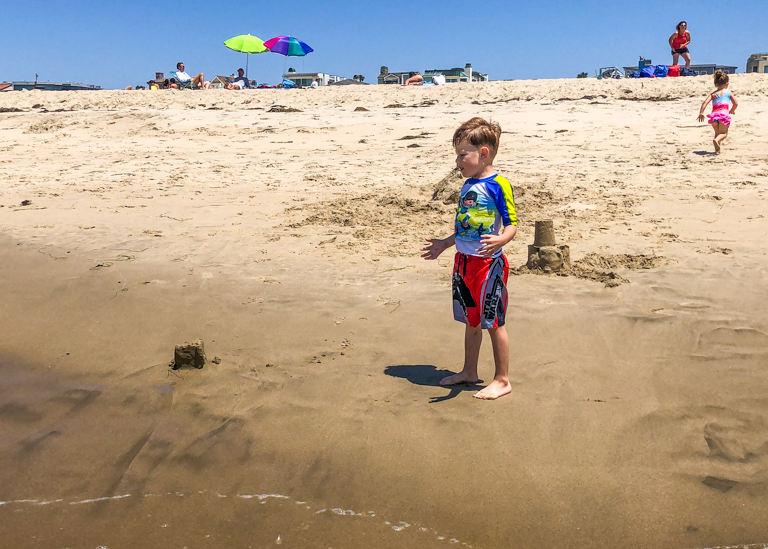 Bam! Gone! Ian's favorite part of the day was building sandcastles and playing in the water. 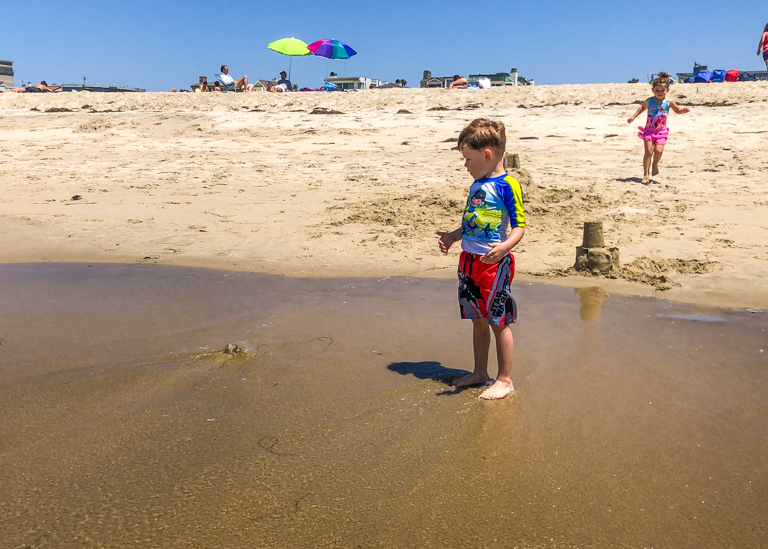 Needing something cool down with, our nearby Menchies even has Dole Whip, just like Disneyland! But better because you can get toppings on it, like coconut! Dole Whip and shredded coconut goes great together. 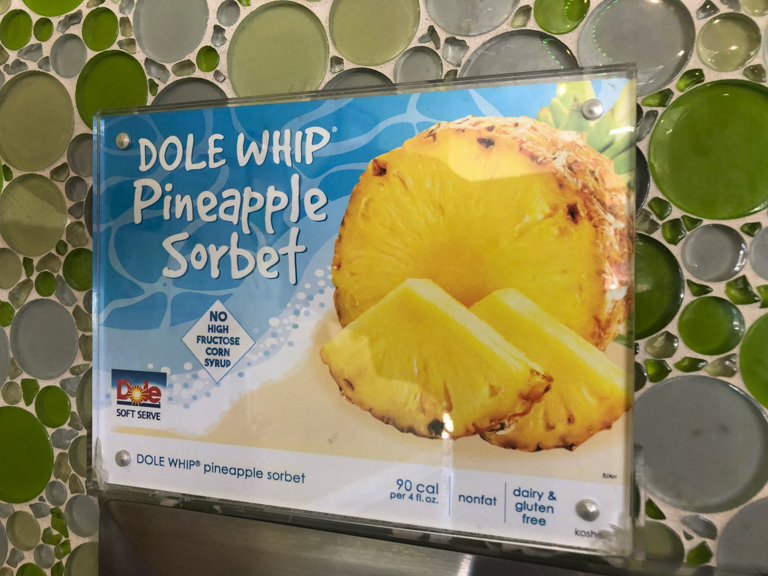 It's a tasty treat. 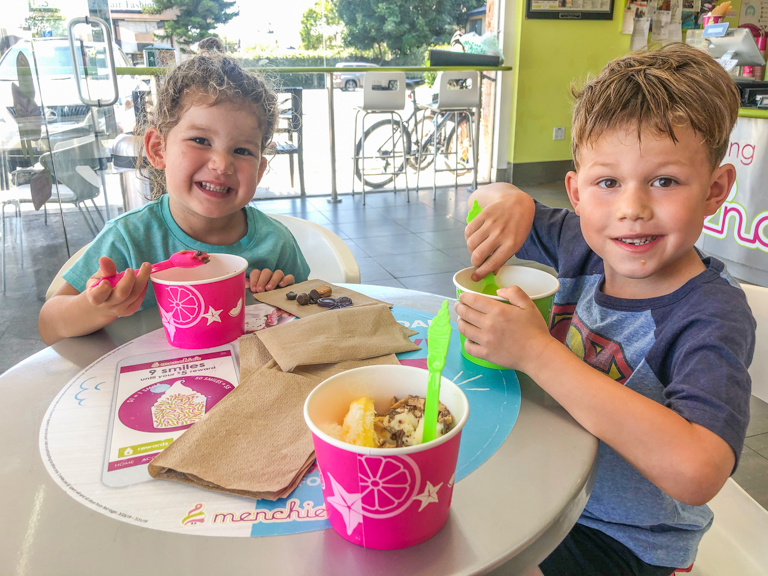 Back home we enjoyed the rest of the day playing with Duplos. 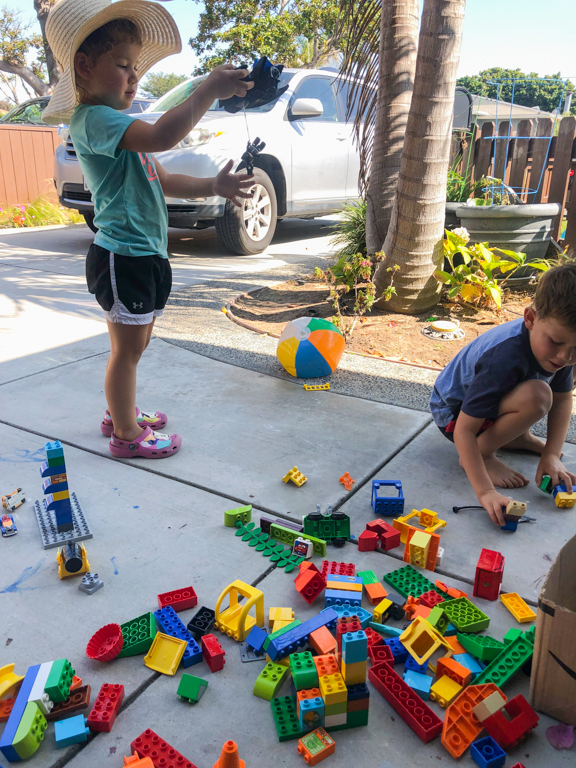 Just like Mufasa and Simba at Disneyland last week, Ian has declared himself king by making himself this royal necklace (and he sang "I just can't wait to be king"). 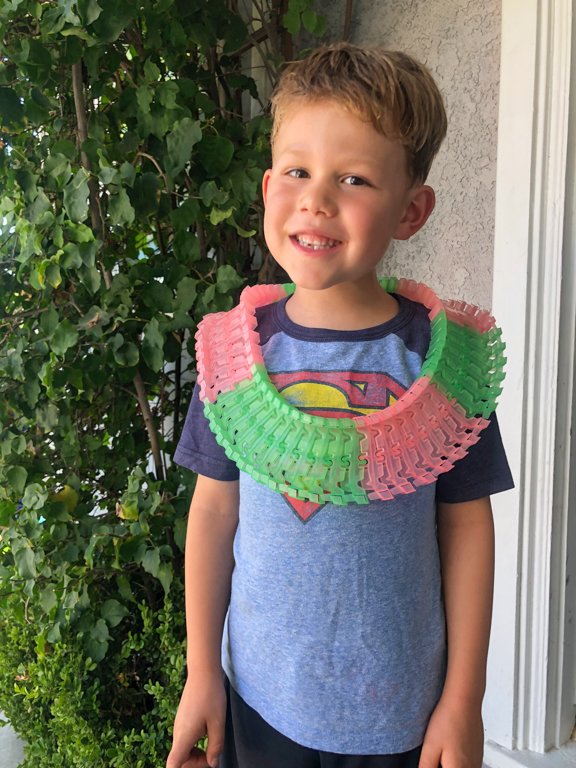 Dinner would be something better than just about anything you could get at Disneyland. Homemade ribs that fall off the bone, along with corn, baked beans, and Hawaiian rolls. Tune in tomorrow to find out what was for dessert. 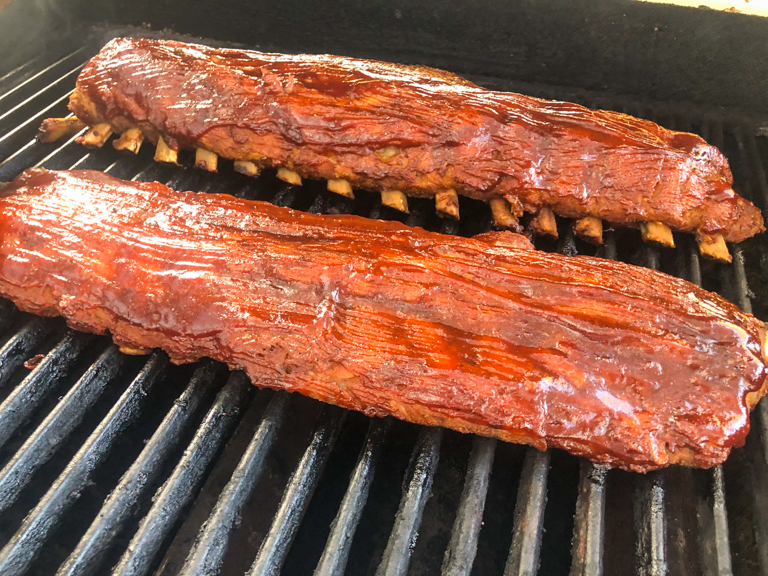 Despite all the craziness in the morning, it turned out to be a really fun day. There's always Disneyland. This was a great alternative.
Posted by Joe at 3:30 PM