You've already seen the outside of the house. Now check out the inside. 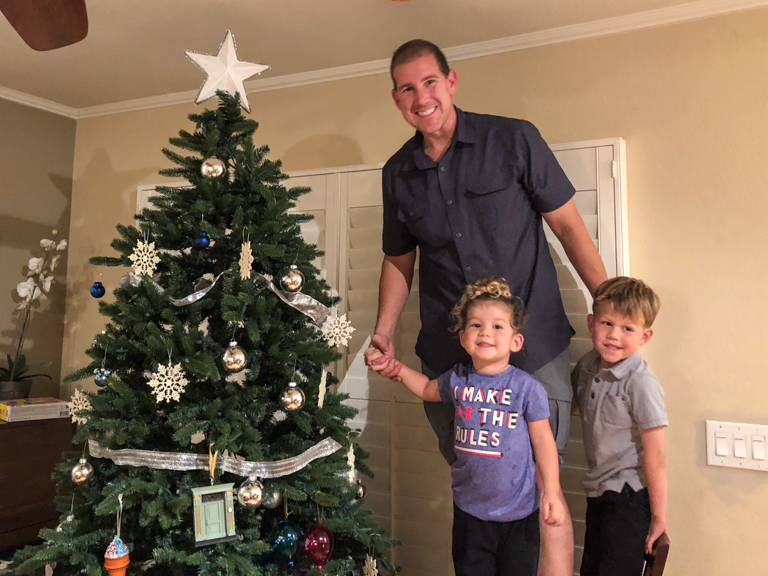 Come on little helper. Put your back into it. Lift! Lift! 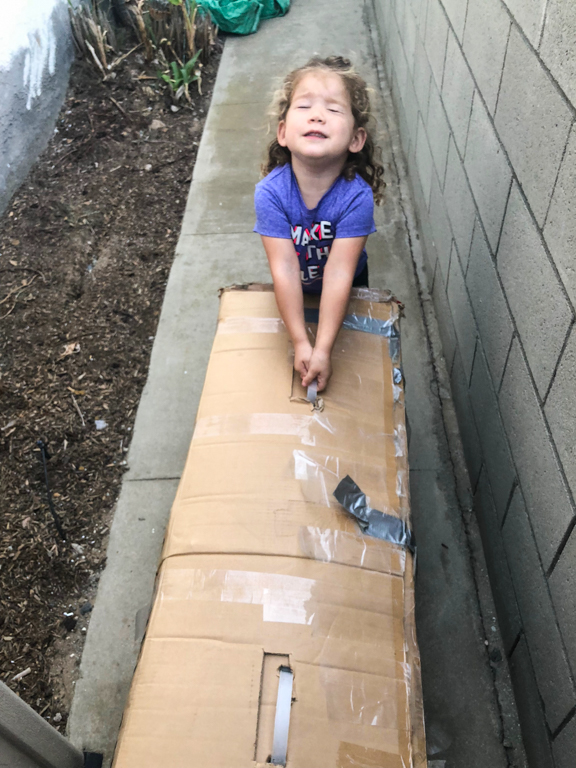 Eventually the tree made it inside. 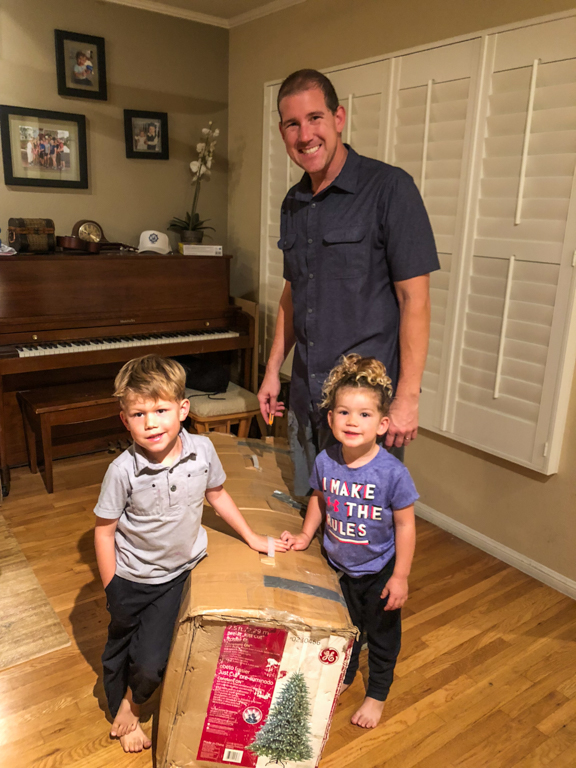 And got all set up. 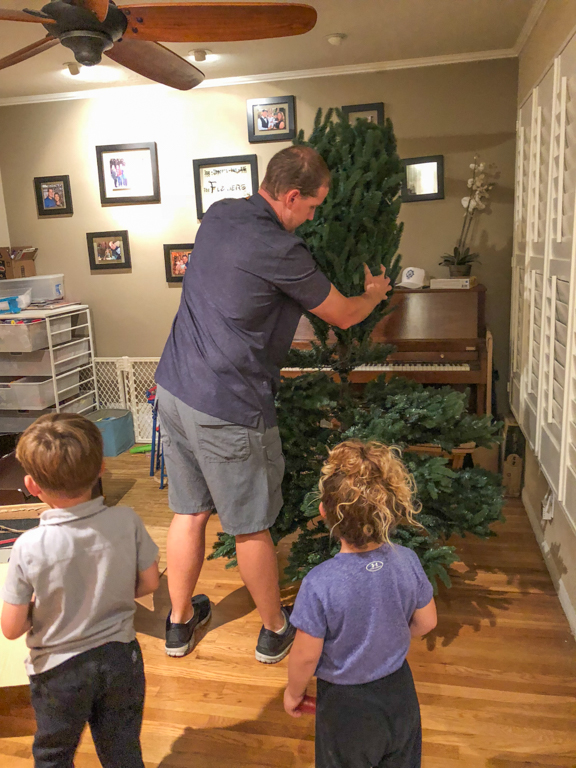 Time to fluff the branches. 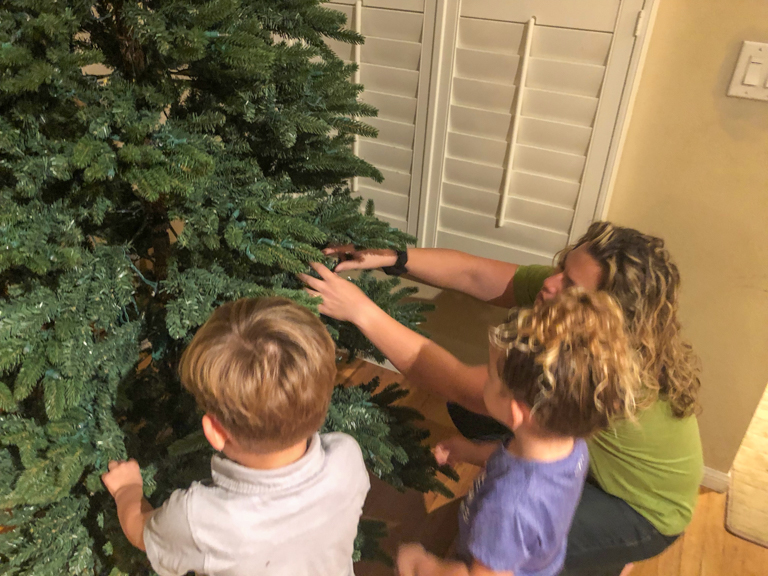 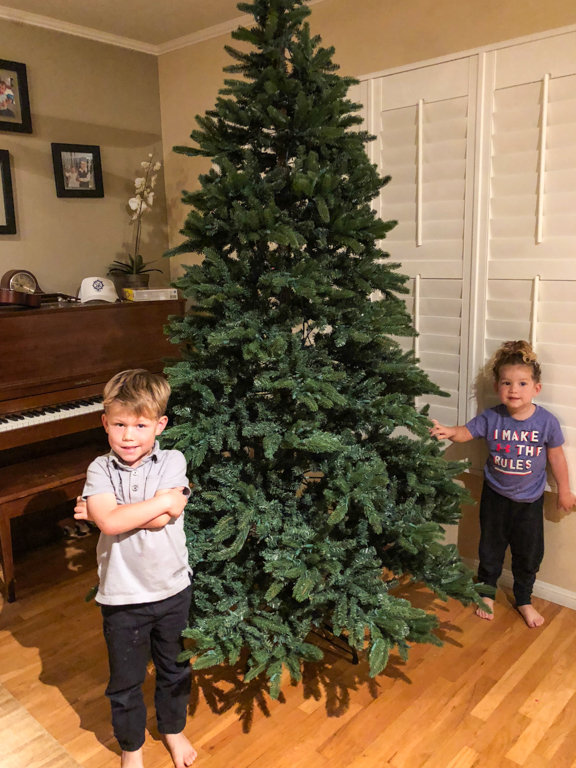 Ian's really good about wearing the hats I pick out to Disneyland. This is not one of those hats, but he found it when we were pulling out decorations and wanted to wear it. 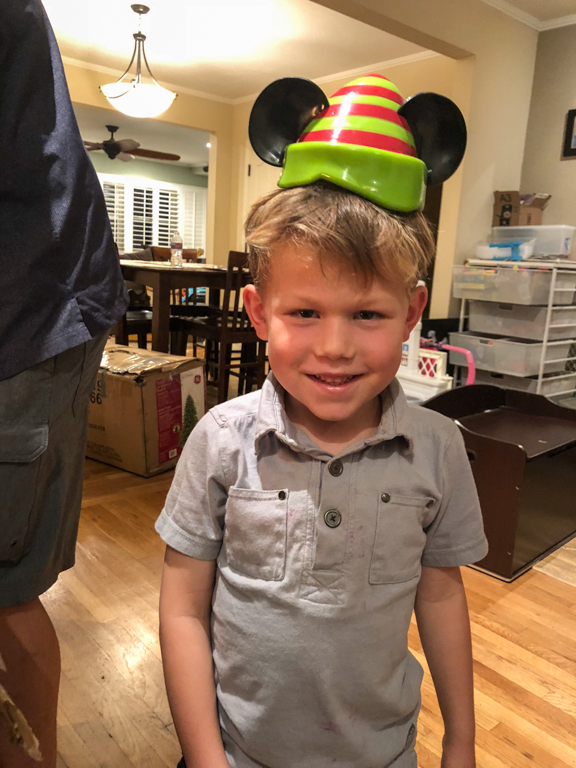 Theresa had the Christmas music playing while we put all the ornaments on the tree. The kids hanging Gram's clothespin soldier and clothespin reindeer. 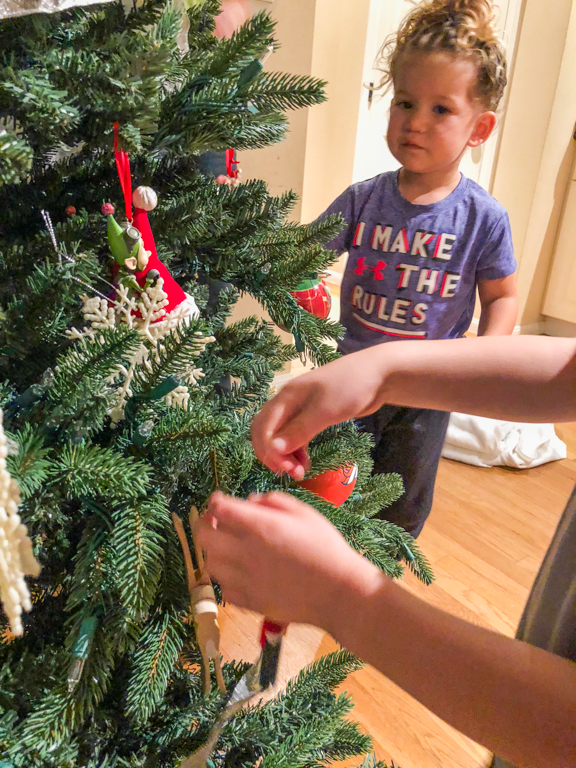 They got these blue and pink balloons with their names on them 2 years ago at Bronners. 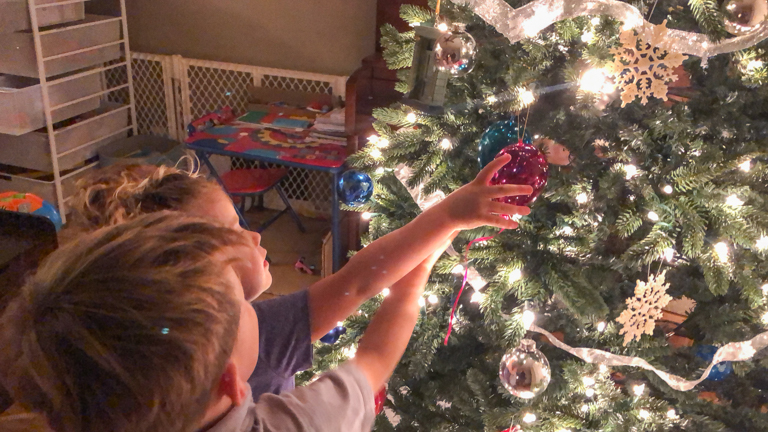 They wanted to make sure they were hanging close together. 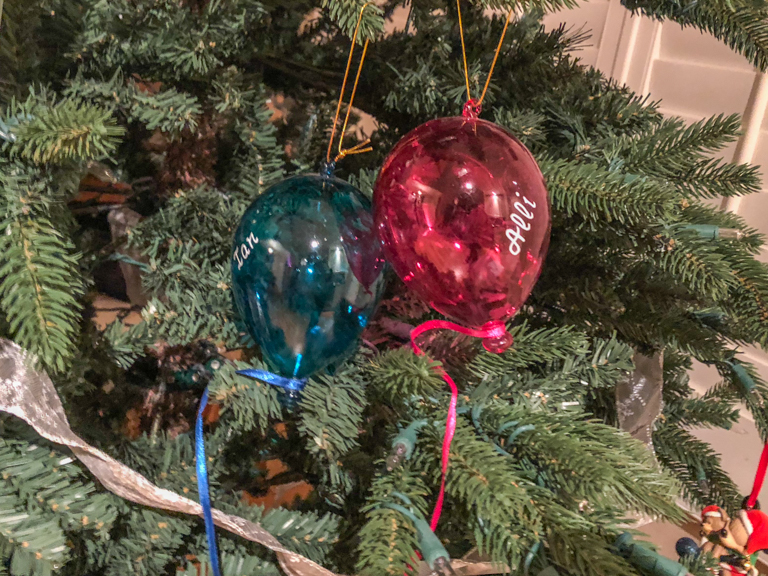 I put the hooks on and the kids would hang them on the tree. 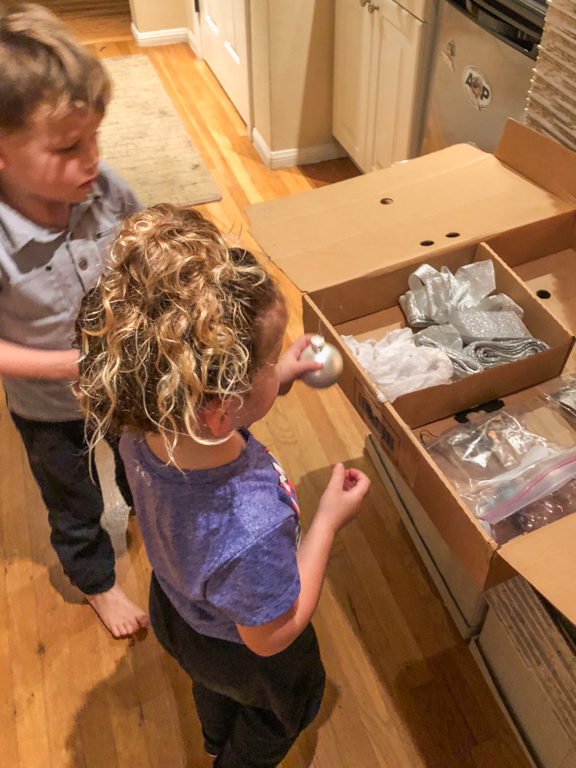 Alright mister barefeet. Hold still while I pick you up.
Ian - I wasn't doing anything, it just accidentally fell. 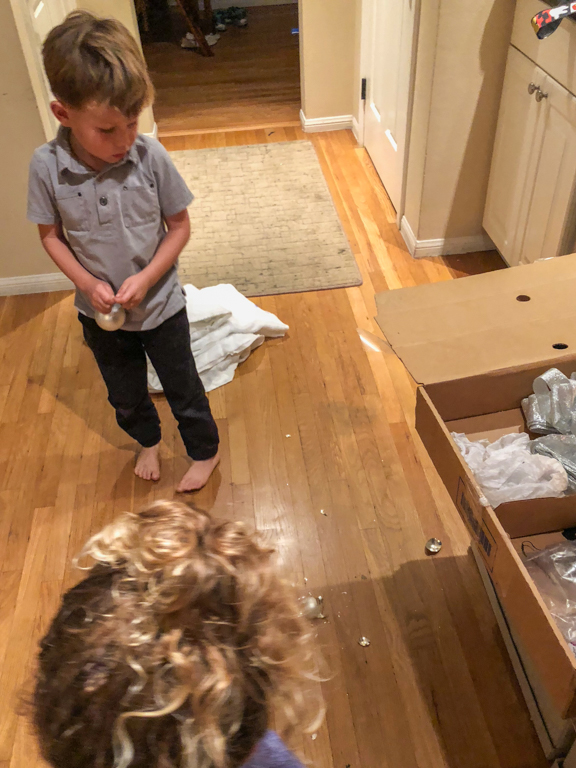 Finally we top it off with the star. 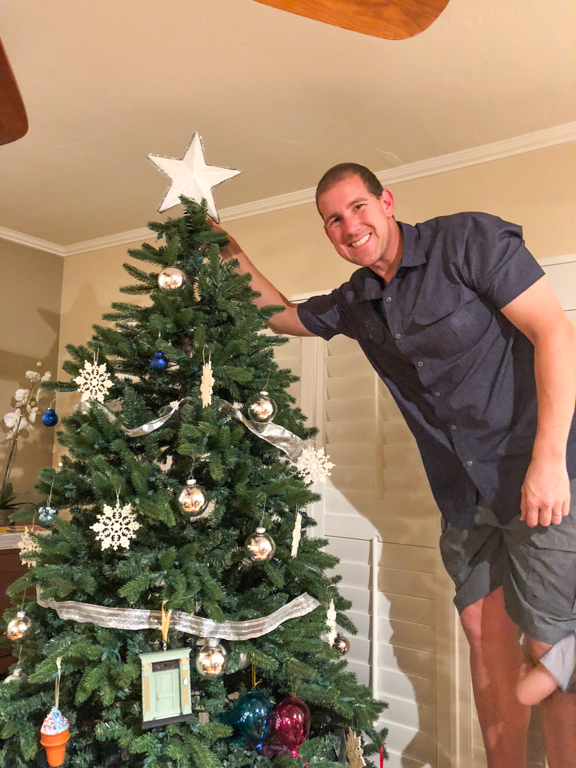 And even more beautiful when the lights are turned on. 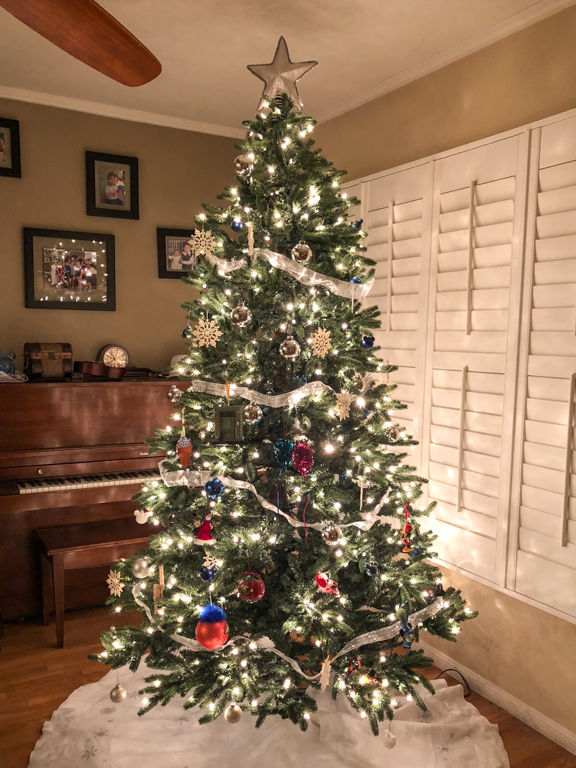 Love these kinds of shots. 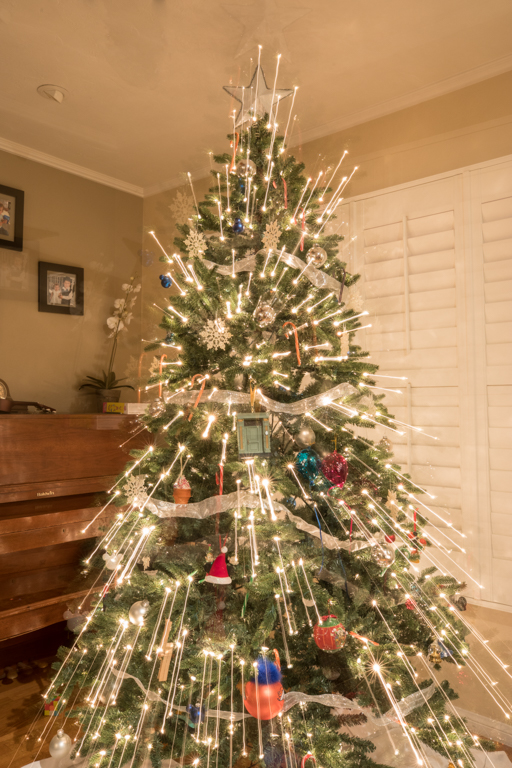 Next, it was time to hang the stockings above the fireplace. Even though we live in California, I still appreciate having a fire to sit in front of every once in a while. 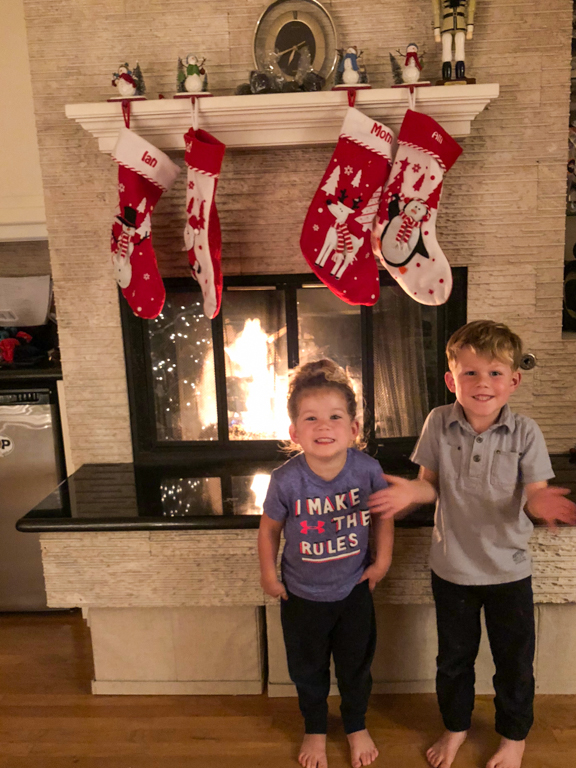 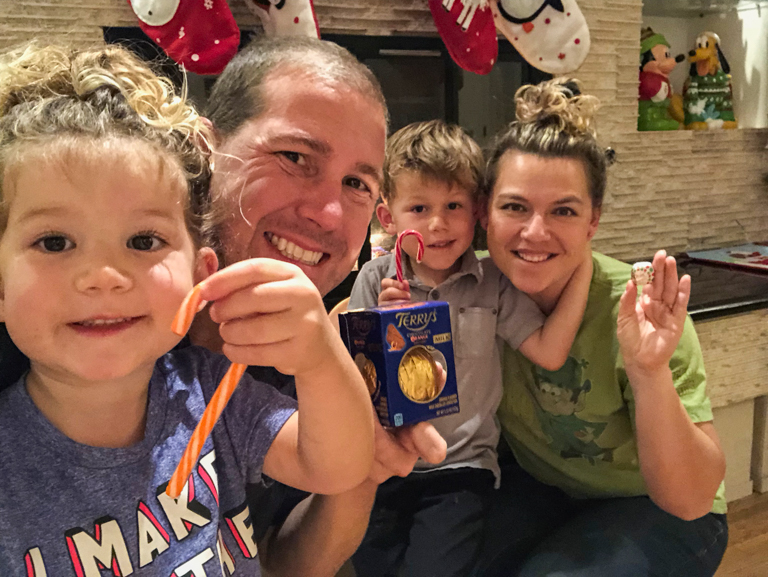 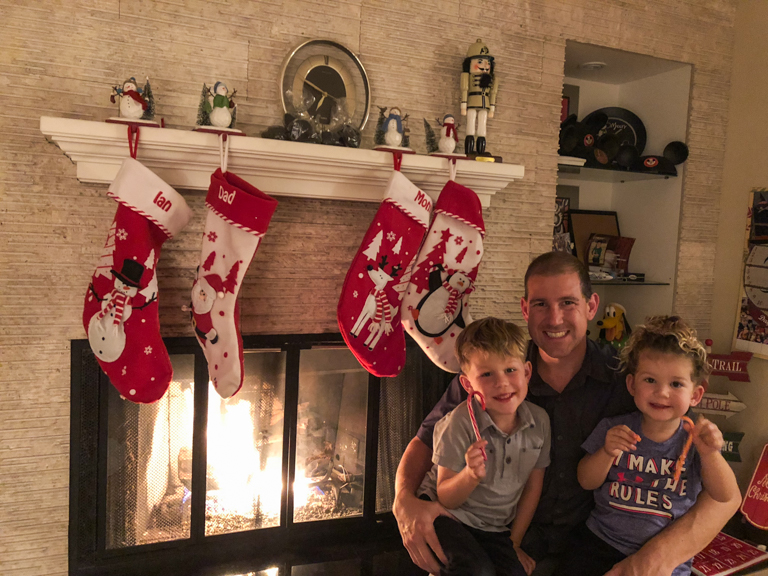 On December 1st it was time to open the first gifts of Christmas. This one came in the mail from Gram. It was a bunch of Christmas books! We'll read these every night leading up to Christmas! 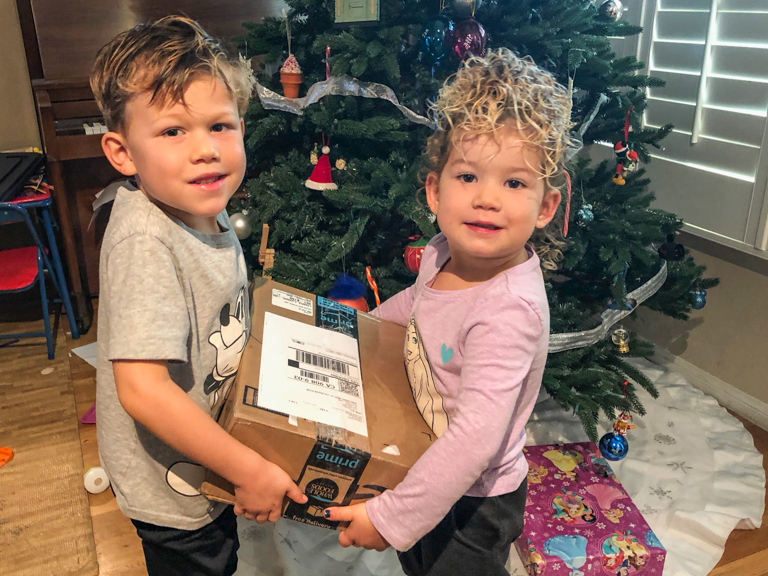 Under the tree were 2 more presents ready to be opened. 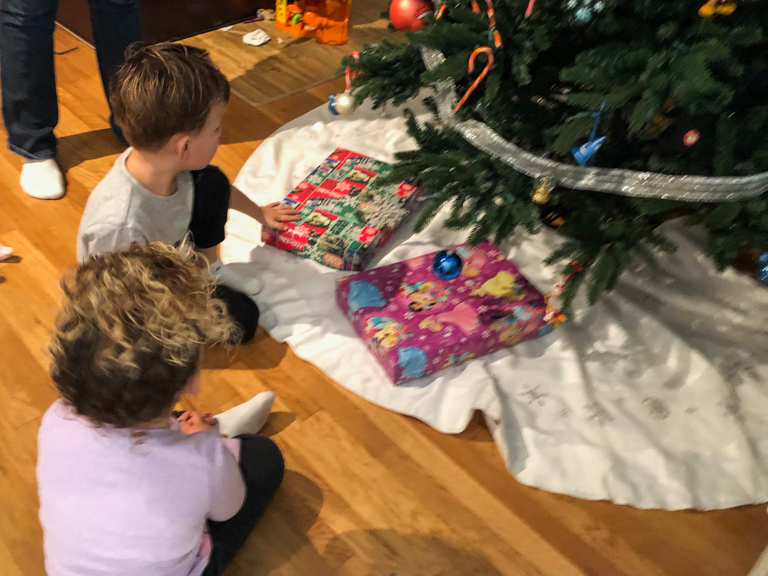 Ian said All could help him open his, and then she returned the favor, letting Ian help open hers. 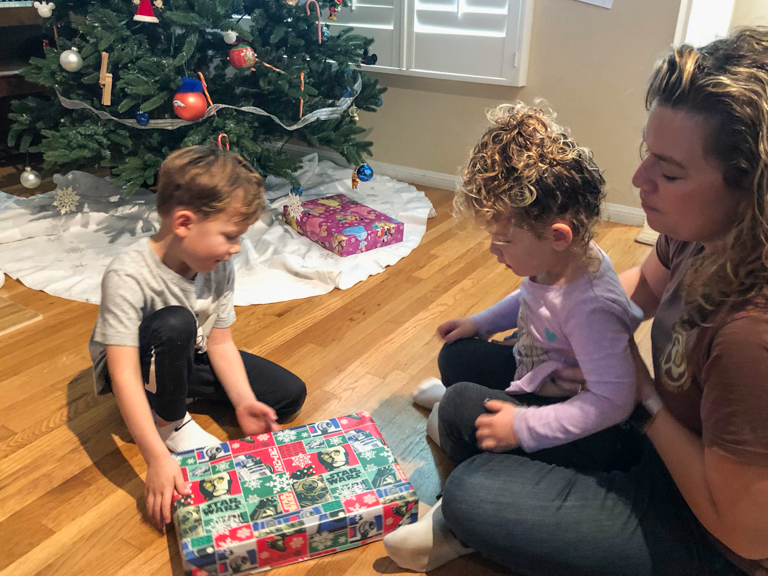 They're Lego Advent Calendars! Ian has a Star Wars one and Alli has Lego Friends.
Every night they were excited to have a little Lego project to put together. 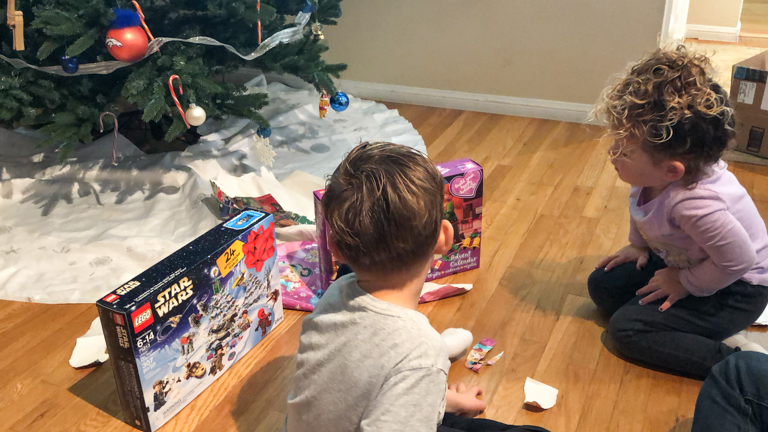 One last addition to the tree, and something I've been wanting to do for years now. I've had the monorail for a few years now. The train set is new. 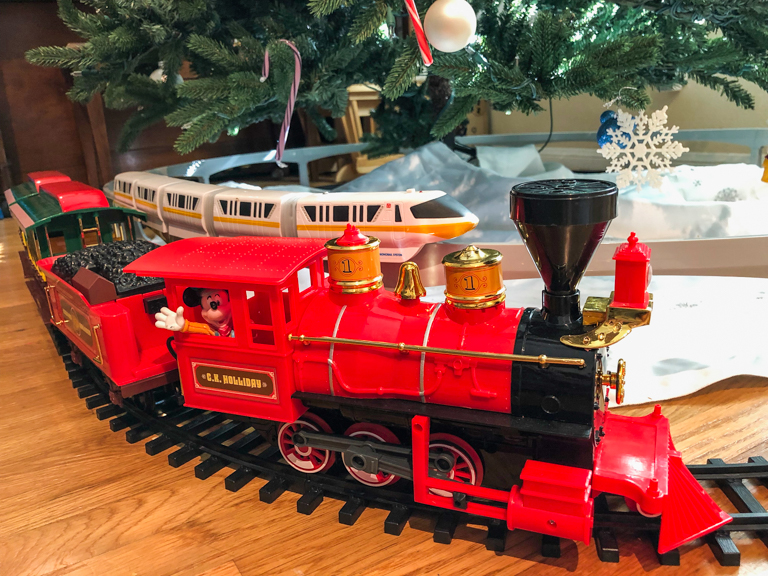