You've heard it sung about hundreds of times.

Have you ever had Figgy Pudding though? I never have. 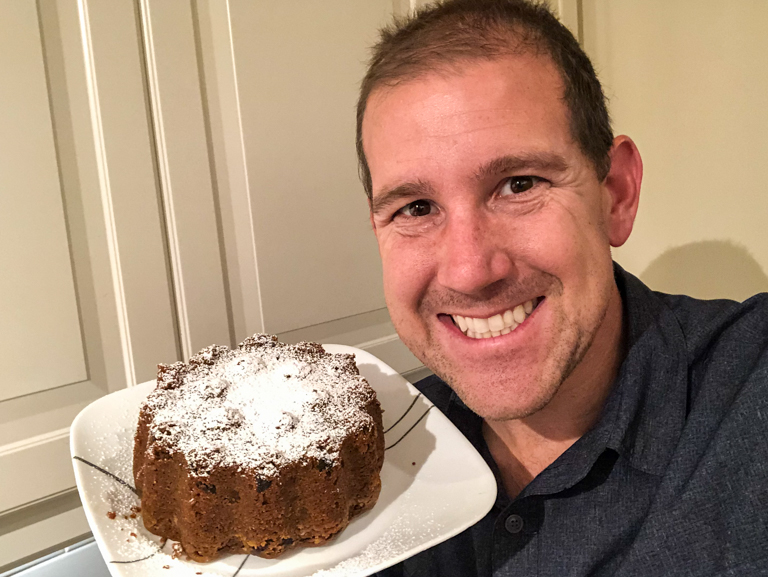 Our ingredients for today's recipe.
I found multiple versions while searching for Figgy Pudding recipes online, but the one I decided to go with was the recipe from 31points.com.
The first thing to understand is that figgy pudding is an English dessert more akin to what we Americans would consider a cake. This isn't any Jello style pudding. And this English Christmas pudding is not baked like a cake. It's steamed on the stovetop. I get to learn a new skill! 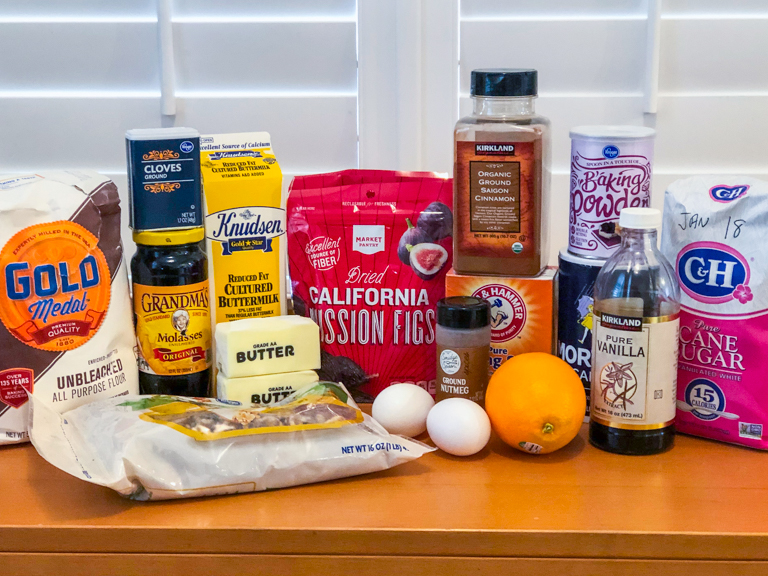 The kids enjoyed helping me shop for all the ingredients. And today, they're going to be my fellow bakers. Alli called herself my little helper elf. 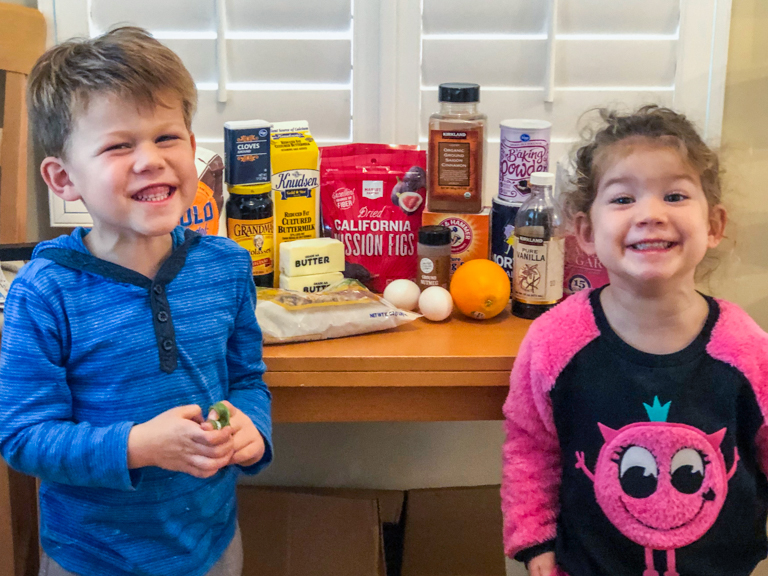 Not surprisingly figgy pudding is made with figs. Right about a pound of dried figs. 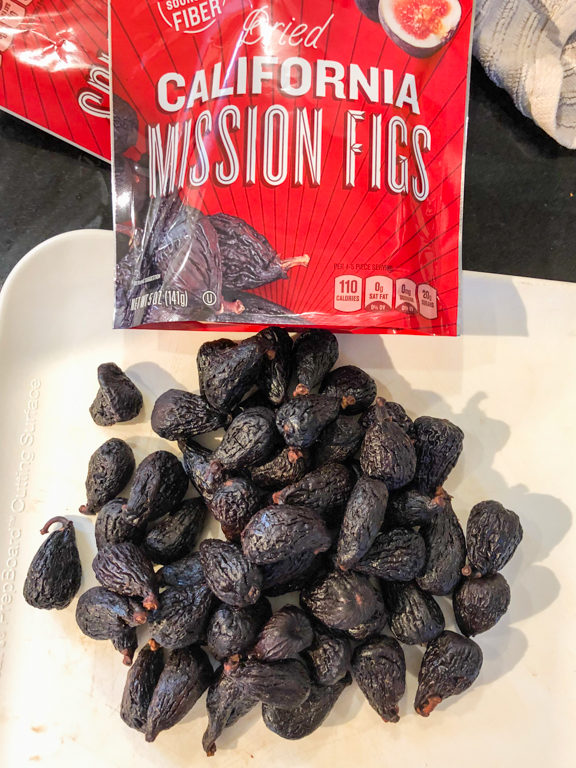 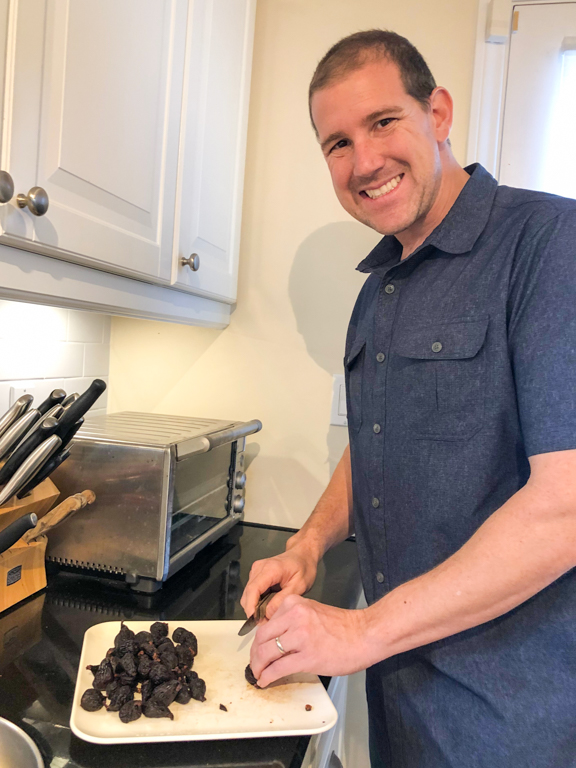 Phew. To chop that many figs finely took about 20 minutes. 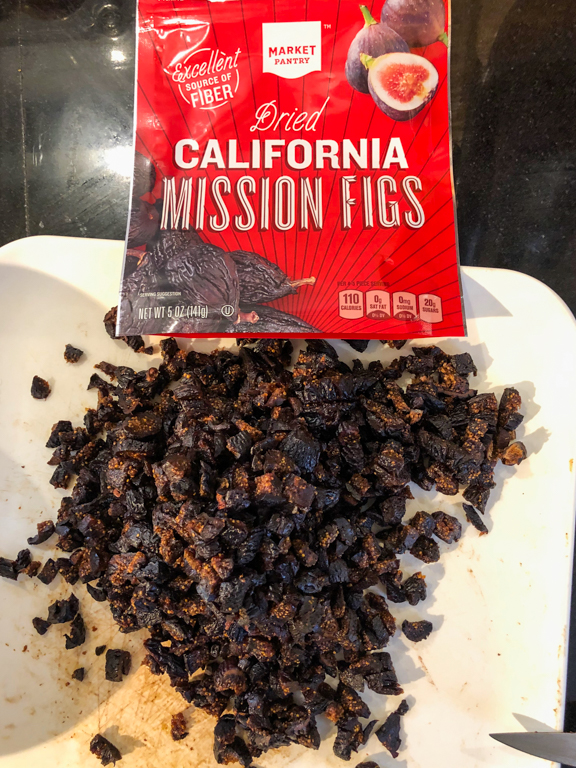 Alli got us started by creaming the butter. Ian added the molasses, which would be the next dominant flavor in this dish. 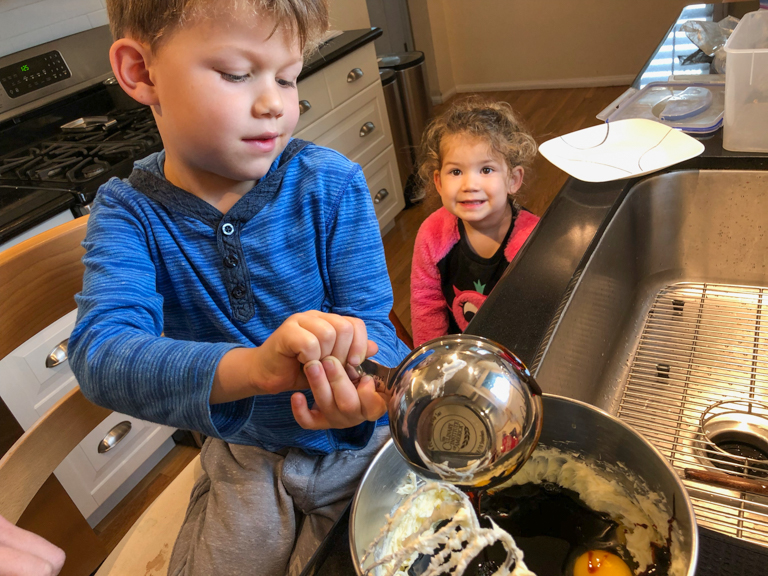 I had bought an orange earlier in the week for zesting and set it aside on the counter. Come Friday when I was ready to make the pudding, the orange was no-where to be found. My guess is the kids saw it and devoured it. I had to run to the store to grab another orange. 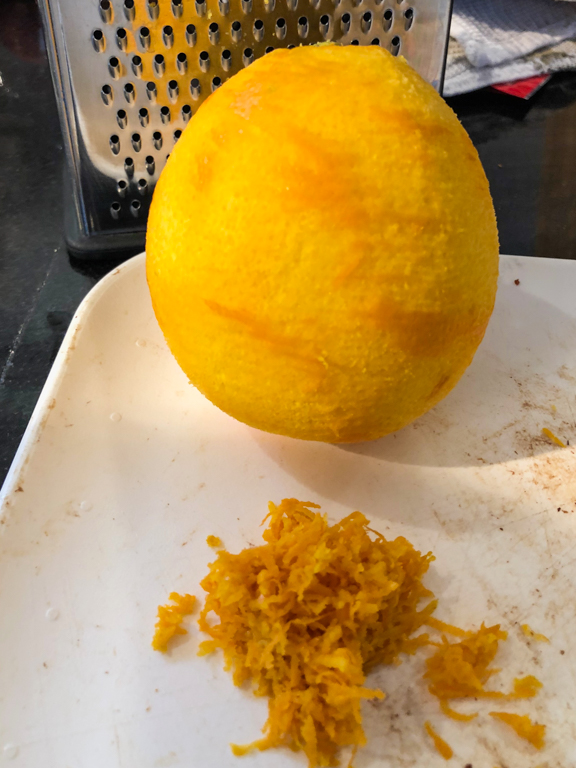 Alli is adding the cinnamon to the rest of the dry ingredients. 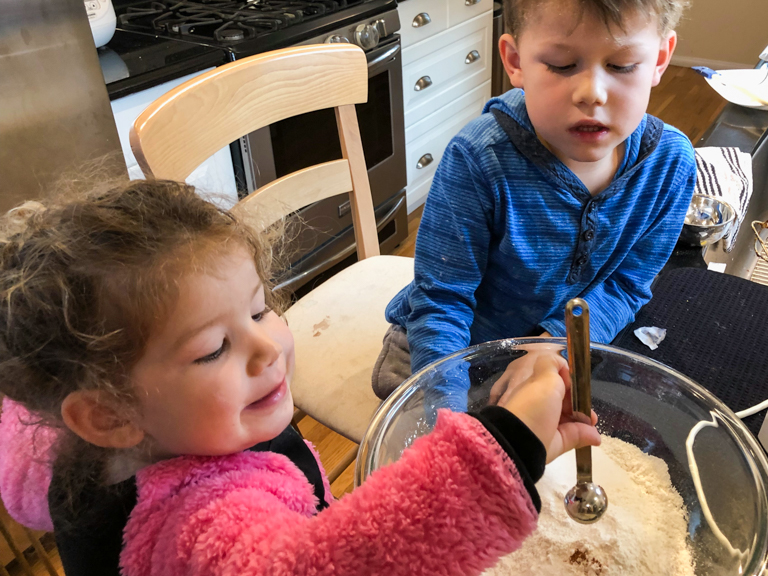 Then mixing them all together. 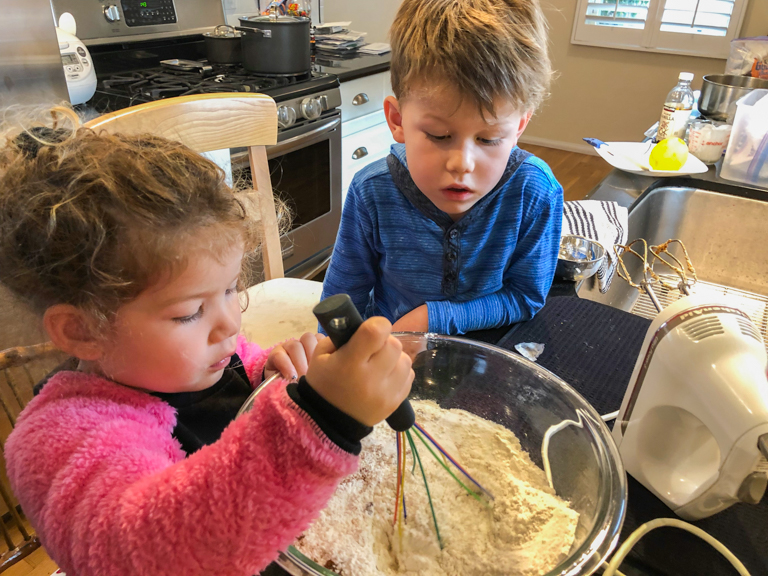 Then it was time to combine the wet and the dry ingredients. 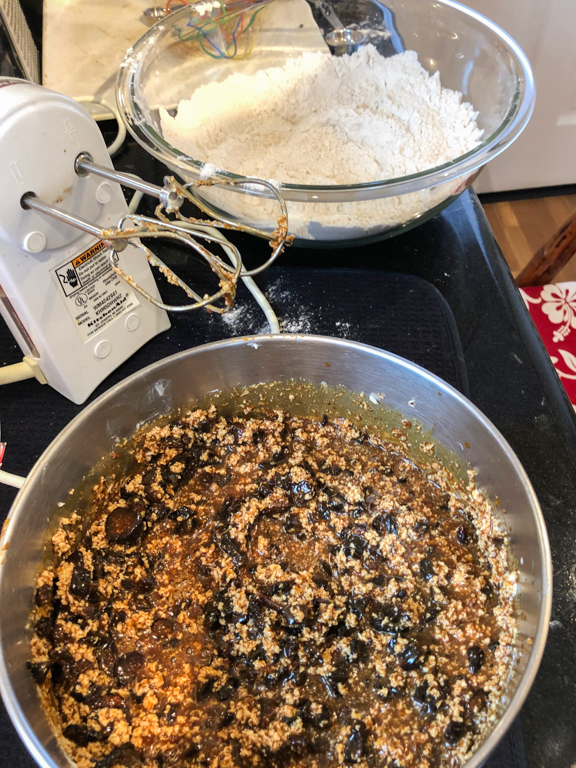 Folding in the dry flour mixture into the wet fig/molasses mixture. 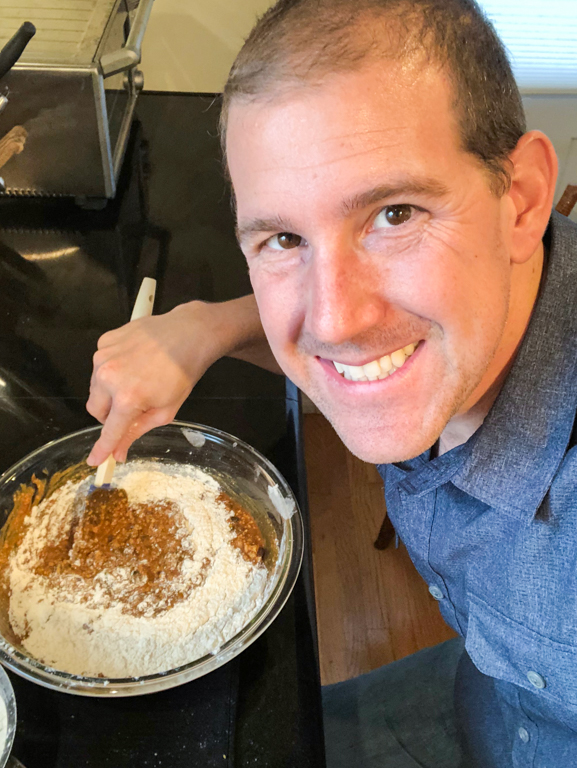 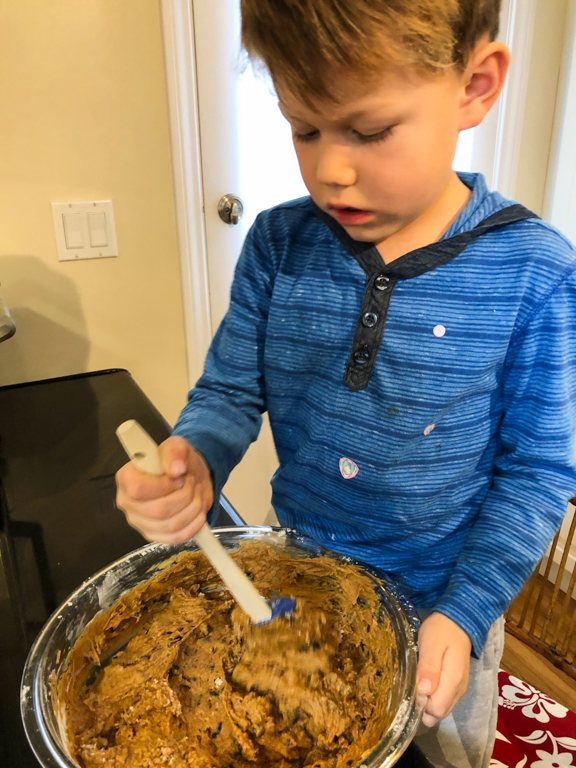 And we're ready to steam! I watched a couple how-to videos online since steaming of puddings was completely new to me. A foil ring on the bottom keeps the pudding away from the direct heat of the burner. A layer of parchment paper and foil seals the top of the pudding. 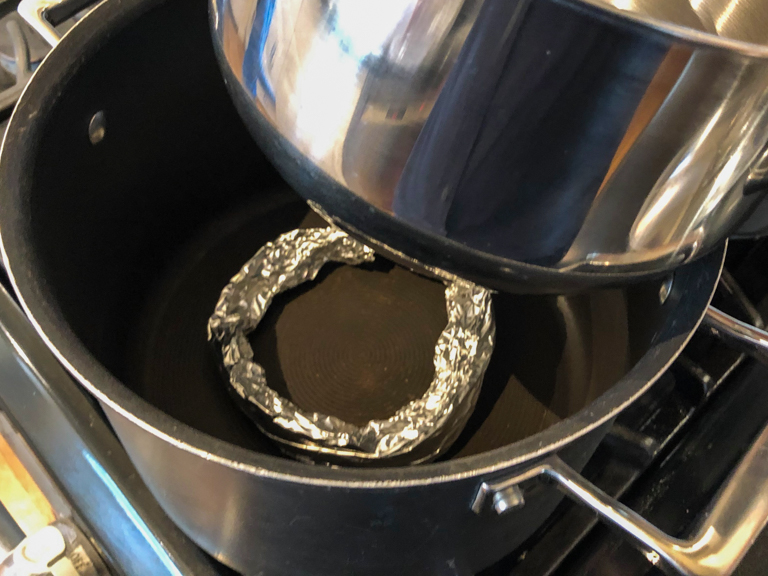 2 hours later, the pudding is steamed and ready to come out! Every 30 minutes during the baking, I was checking to make sure the water was about halfway up the side of the pudding dish. The lid of the pot stayed on nearly the entire time to keep the steam in. 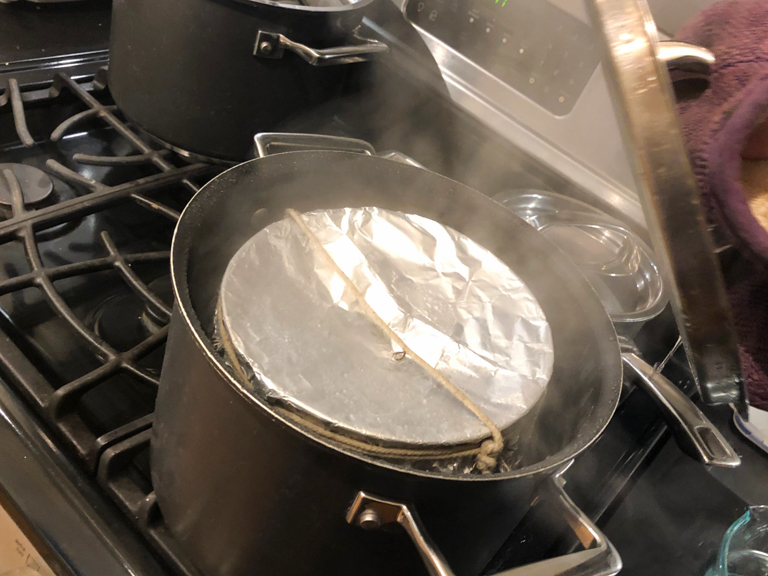 After cooling, the puddings were ready to come out of their molds. I had enough mixture to make two different pudding pans. 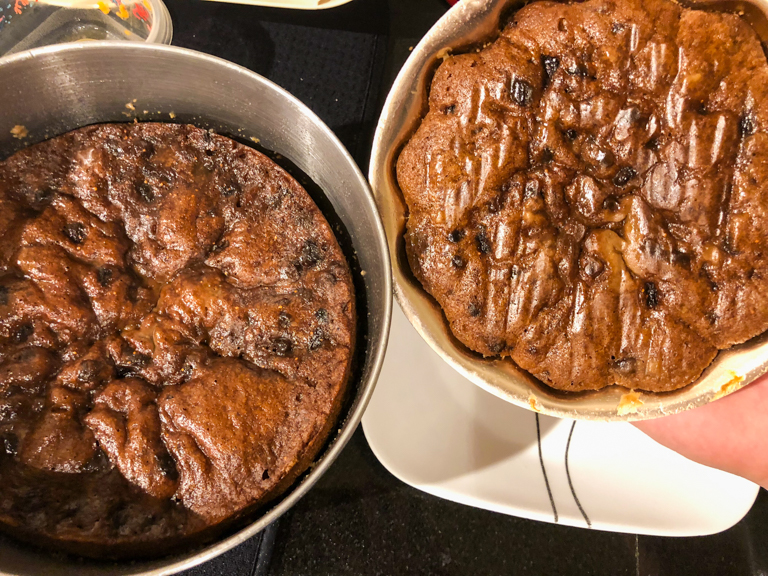 The first one looks like it turned out pretty good. 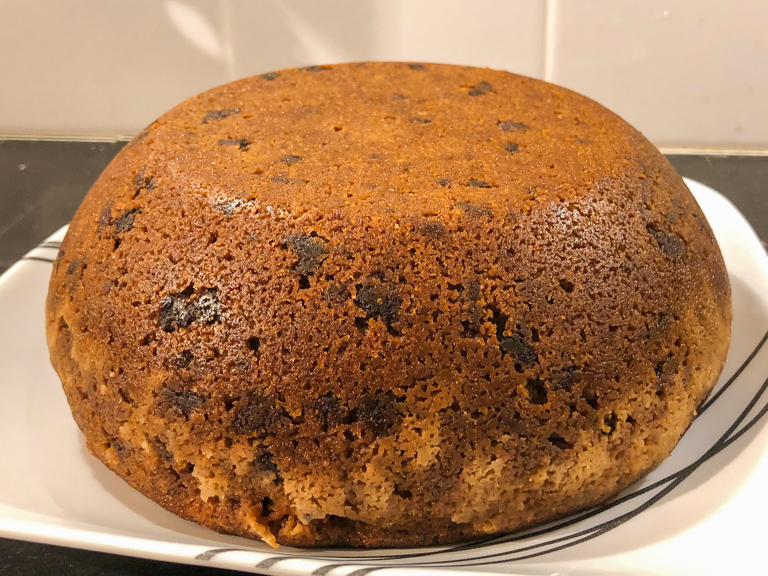 A dusting of powdered sugar to make it look even more beautiful. 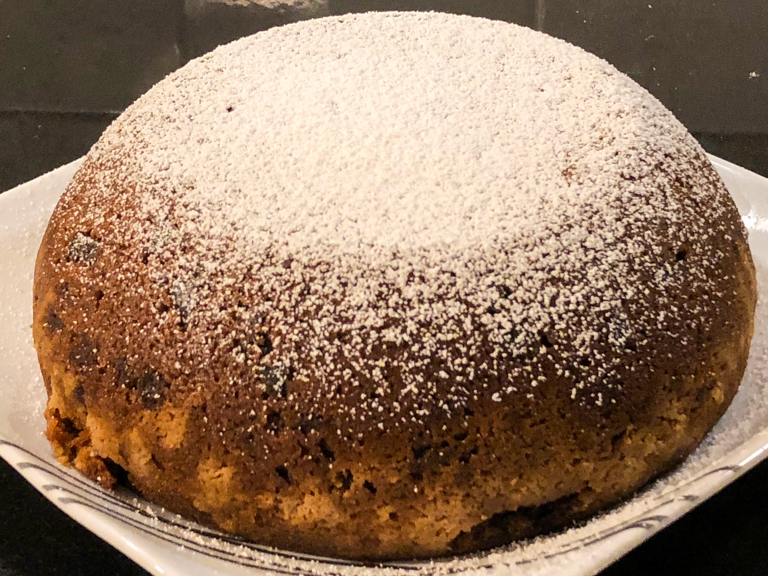 Time to get my helper elves out here! They were impressed by how it turned out. 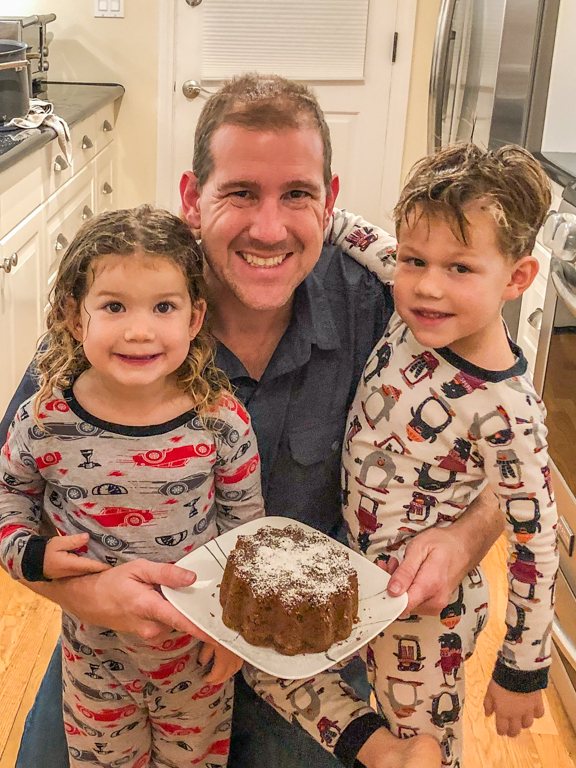 It's a heavy molasses flavor (no surprise there), along with a fig/raisin taste. The other ingredients are a little bit more difficult to pick out, but I'm sure I'd miss them if they weren't there.

In the end, I was very happy with how it all came together. It was fun to learn a new skill and do something I'd always heard about but had never tasted before.

And speaking of hearing about it, now that I'm listening for it, I'm hearing it in so many more songs.

Of course there's what everyone knows.
We Wish You A Merry Christmas - "Now bring us some figgy pudding."

But there's also.
Grandma Got Run Over By a Reindeer - "Now the goose is on the table. And the pudding made of fig. And the blue and silver candles, that would just have matched the hair in Grandma's wig."

Muppets The Christmas Party Sing-along - "We want our Wassail and our Figgy Pudding, if we ever find out what they are."

Muppets It's The Most Wonderful Time of the Year - "Buy you a Figgy Pudding? Done."

And it's not a song, but I can't forget the reference to Figgy Pudding from Prep and Landing.
When Santa needs to skip a house a "Figgy Pudding" is called. 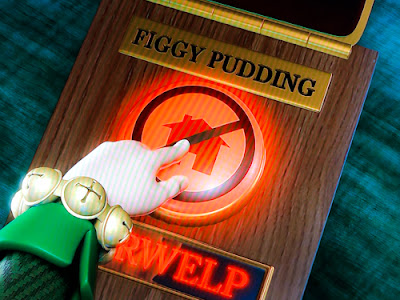 "Figgy Pudding?!? I never meant for this to happen." 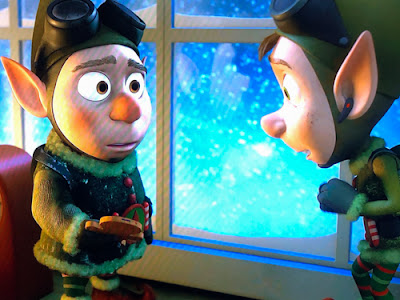 Did I miss any obvious ones?

They've had a lot of fun with it too.
Time to start planning next year!
Posted by Joe at 8:00 PM