Ian is getting a lot of help learning to walk while we're in Michigan. There were a few spills along the way, but by the end, he really started to get the hang of it.

While we're in Michigan, we're going to see each of the nieces and nephews play in a game. Even though baseball is his favorite sport, Ethan plays football in the fall. 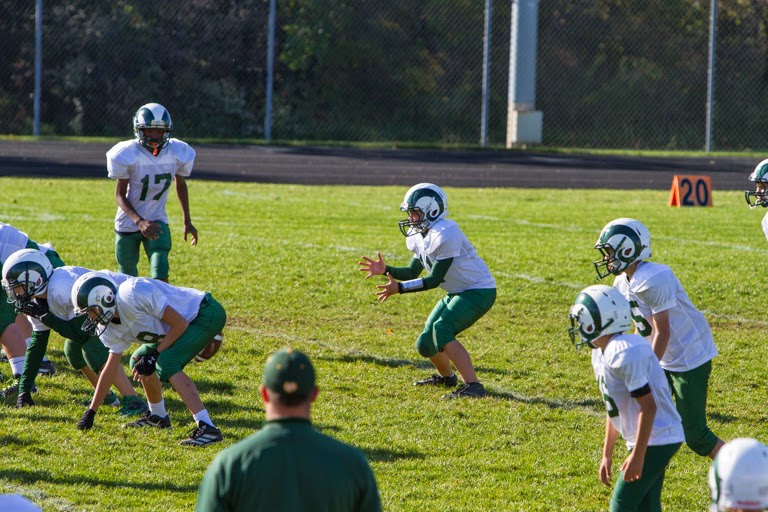 He's the team's quarterback, but sadly they mostly do running plays and he doesn't get a chance to show off his arm. 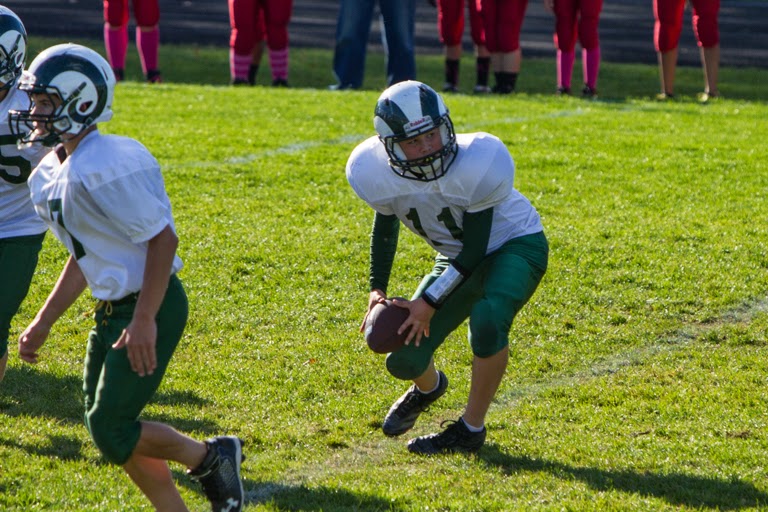 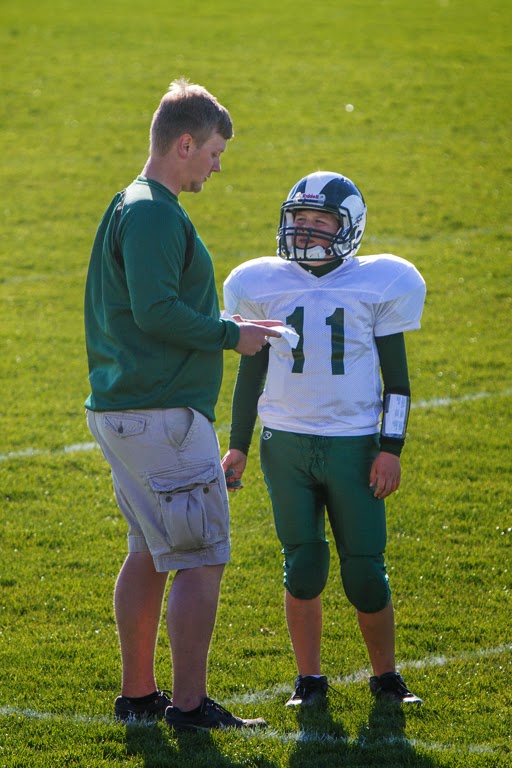 Not only that, but he also plays defense. 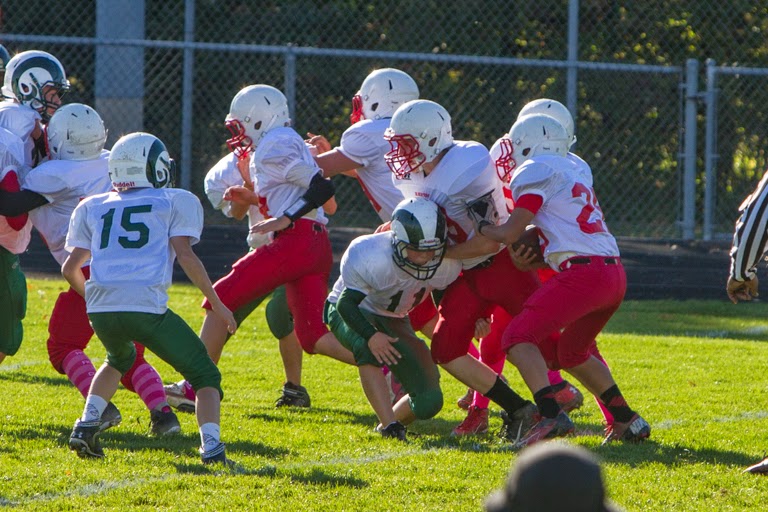 Taking down the other team's big guy. 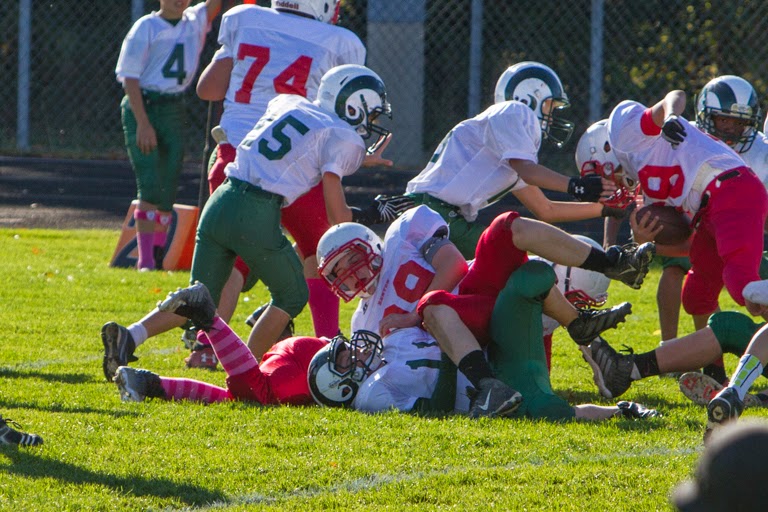 Tyler on the sidelines helping coach. 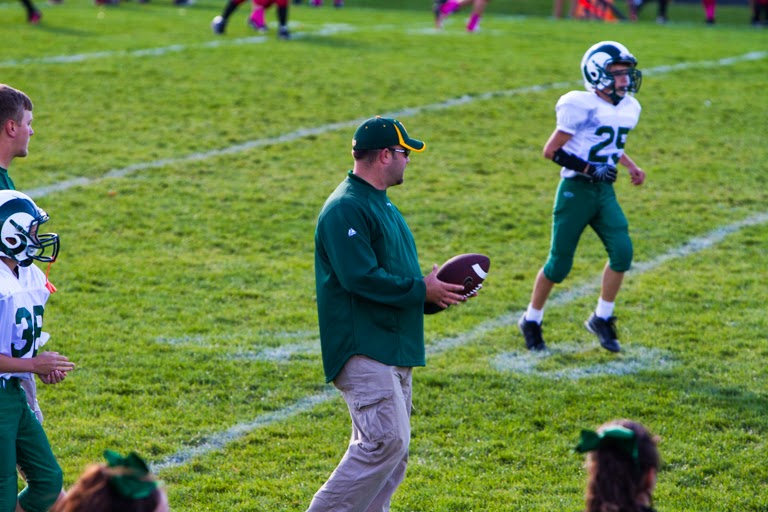 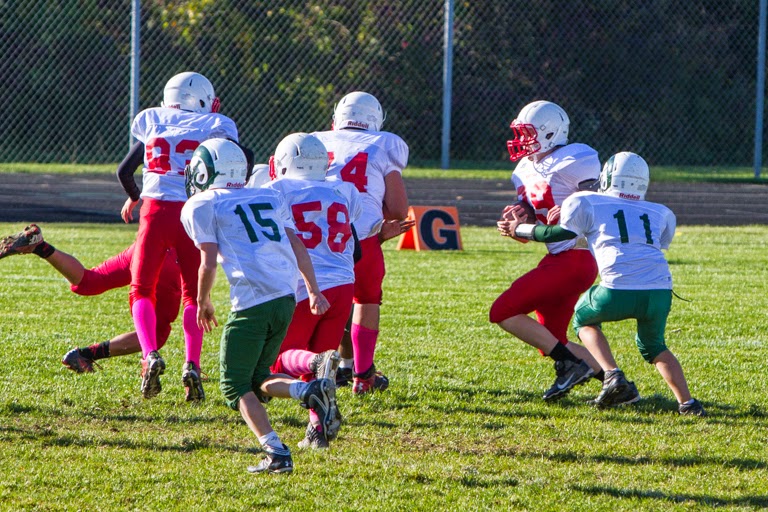 Unfortunately their team ended up losing, but we had a good time watching them. 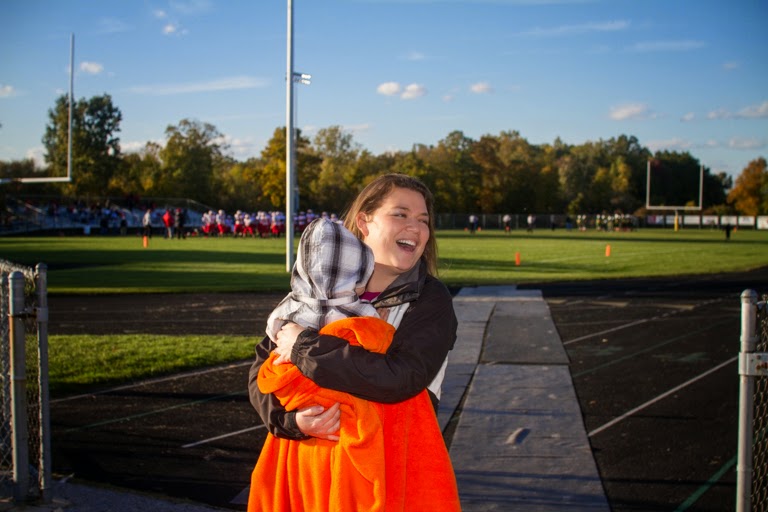 Good job Ethan. Maybe another time we can catch a baseball game. Ian loves hanging out on my shoulders. He hardly holds on and I only need to keep a hold of one leg. 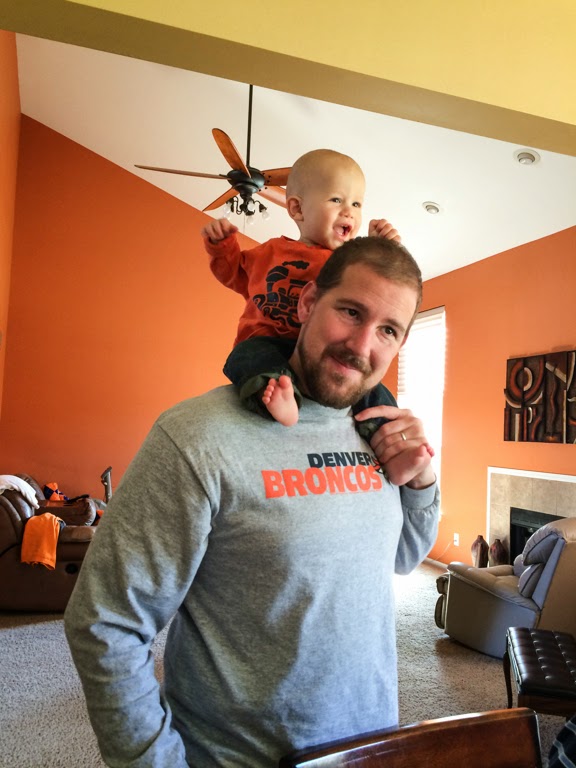 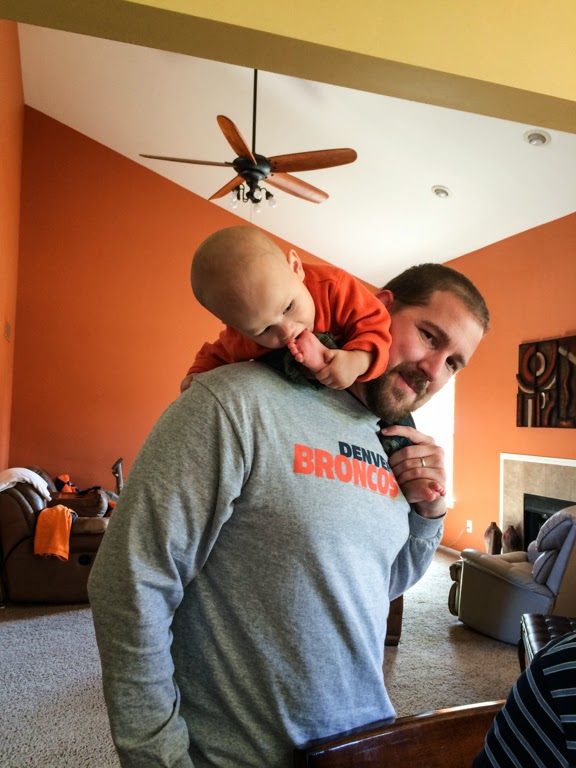 Lastly was Abby's game. She's been getting into volleyball and plays on her school team. 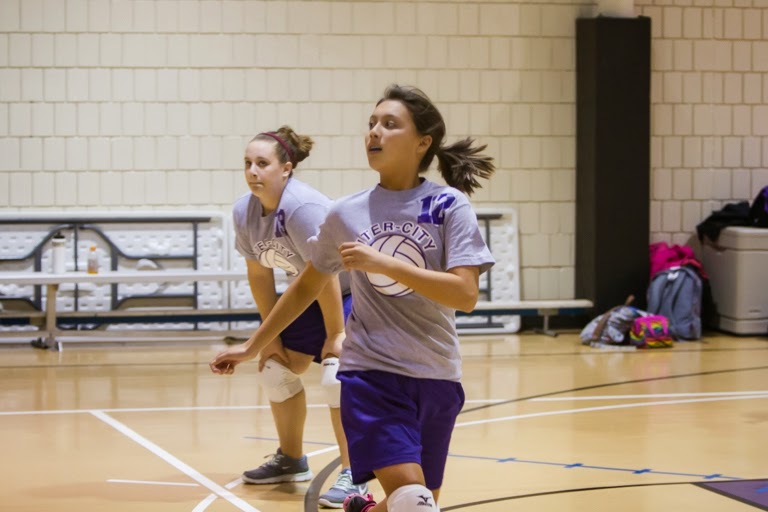 T, Ian, the grandparents, and I all headed to watch her play. 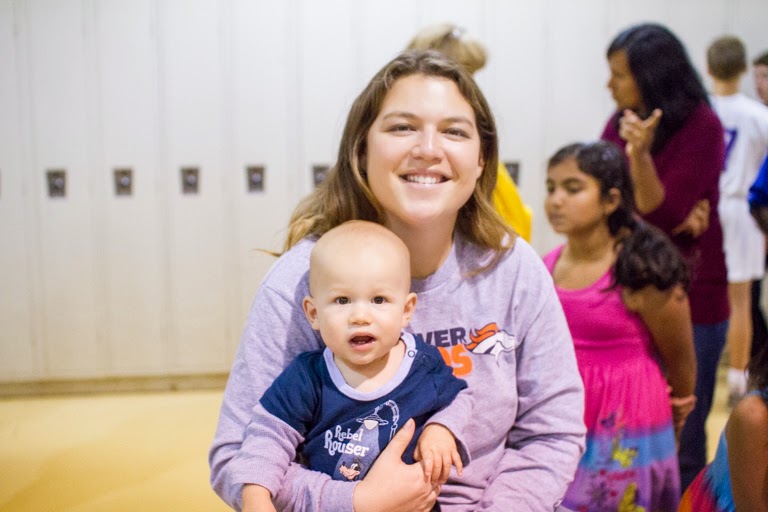 Abby was a great communicator on the court, calling the balls in or out and really directing the court. 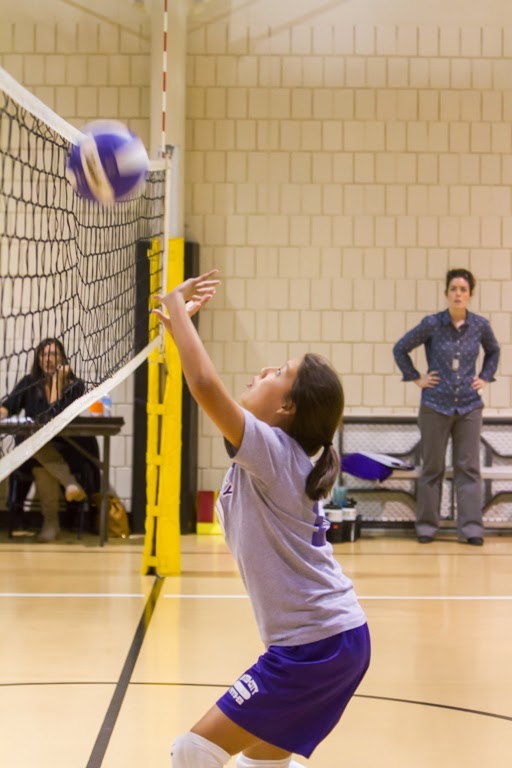 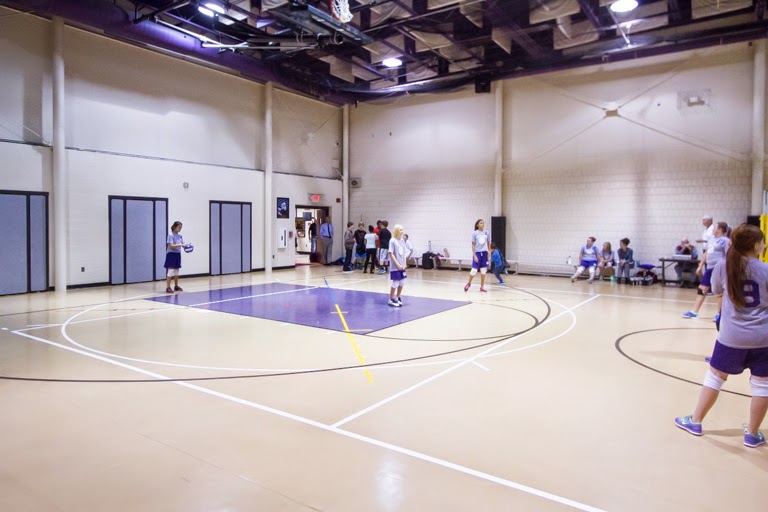 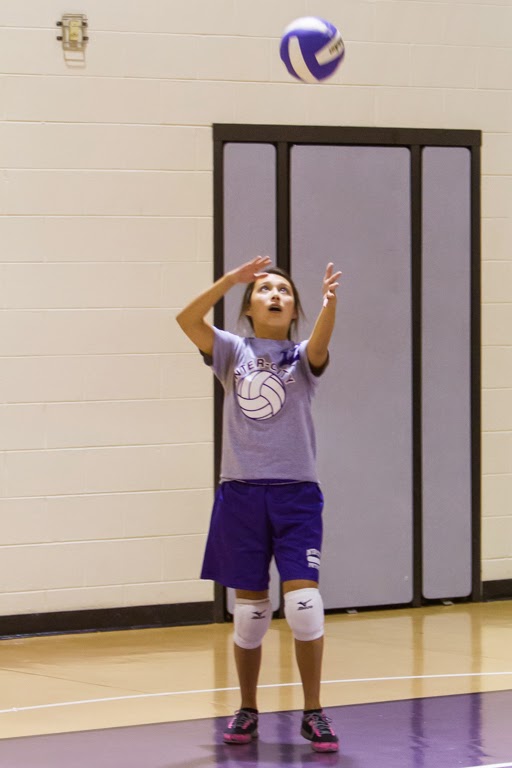 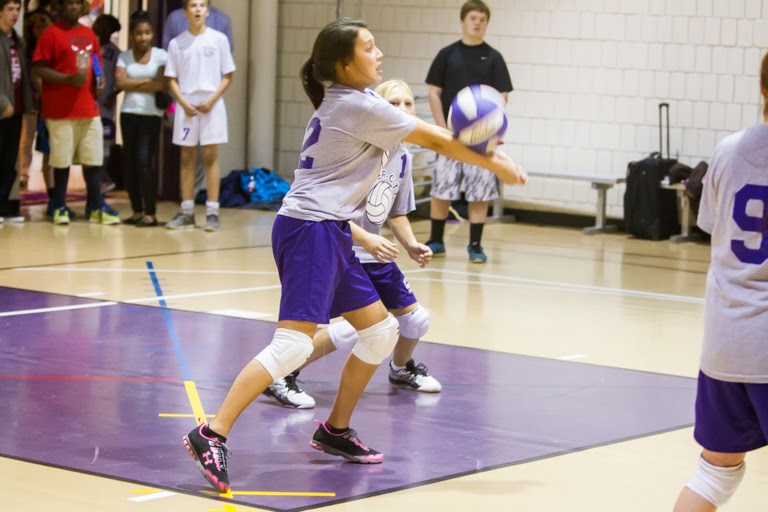 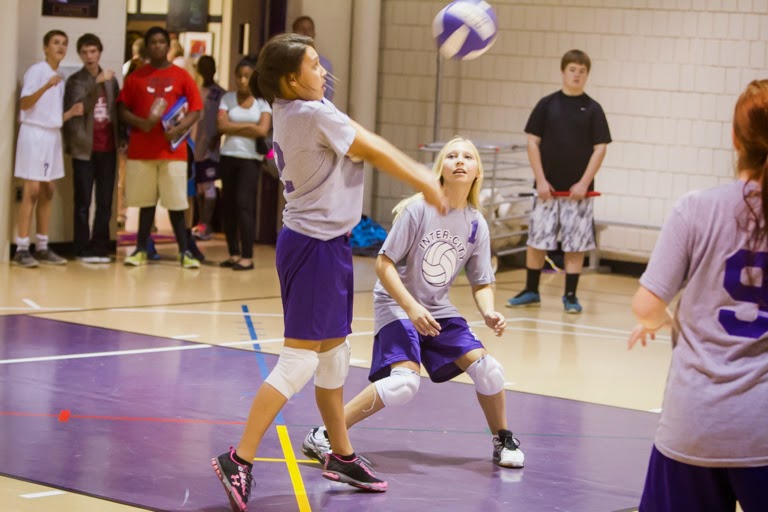 They didn't have a very good game, but Abby was still in good spirits. 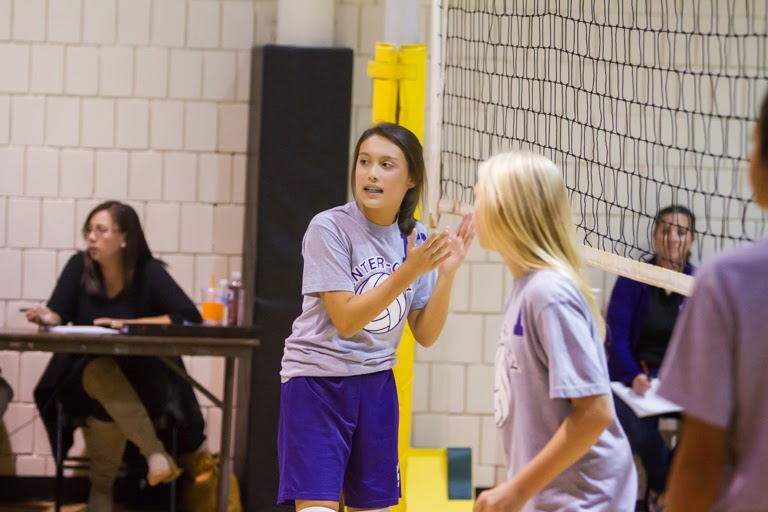 I think Ian enjoyed it too. 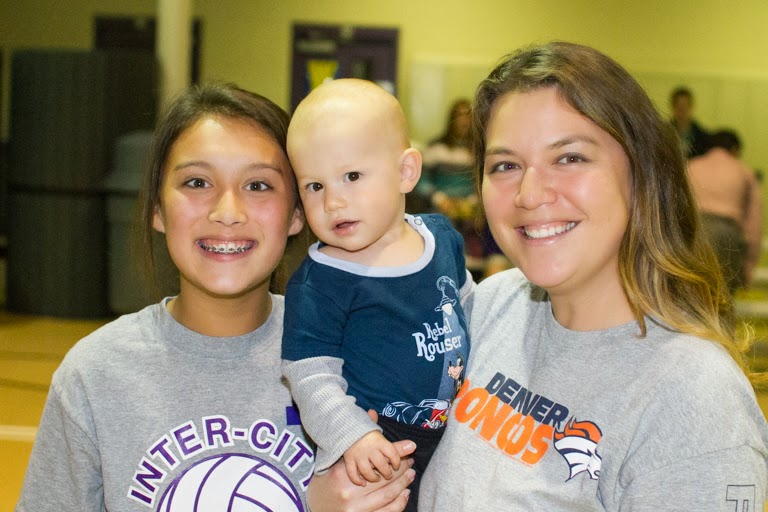 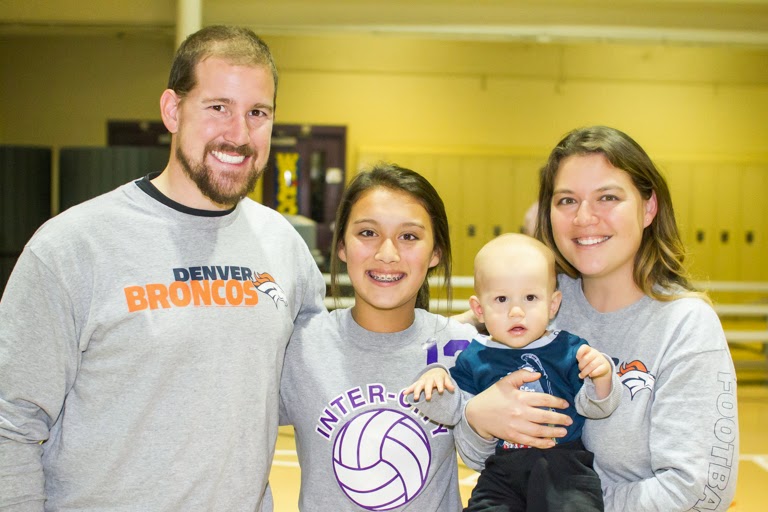 We're almost done with our Michigan trip. Next, we'll head to the Erie Apple Orchard.
Posted by Joe at 11:00 PM