On the road again! Over the next couple weeks, we're going to be doing a whole bunch of flying and driving, and seeing a bunch of people. Let's get this thing started!
Making sure Ian pulls his weight (which isn't much), T got him a backpack to carry his coloring books and stuffed animals in. 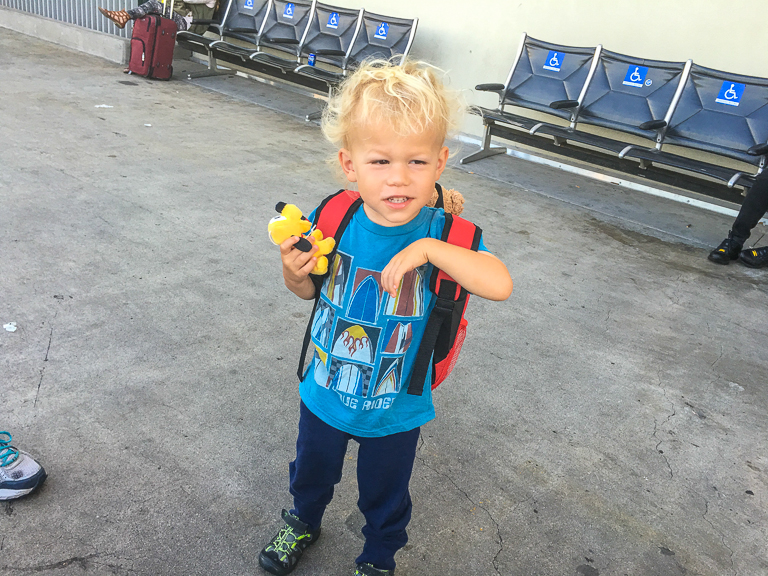 The Southwest Terminal 1 at LAX has been under construction for a while now. The last time we were here, I saw the California Pizza Kitchen was supposed to open in July, so I was really hoping to have that for breakfast. Restaurant in Training? There were curtains all around the restaurant that were closed so I guess they're closed. 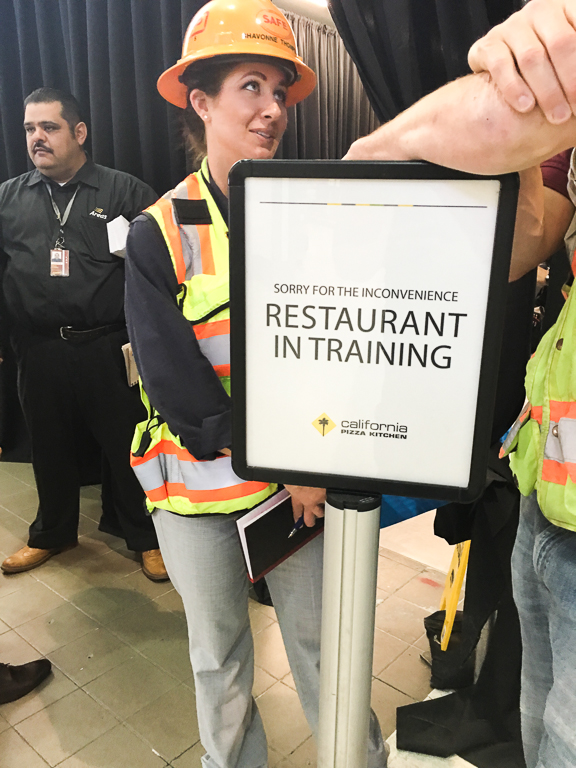 After our plane was delayed though, Ian and I walked by and saw the curtains were open! Inside we went to place our breakfast order. I ordered a pizza and when I handed over my credit card, they didn't take it, saying it was complimentary while they were in training. 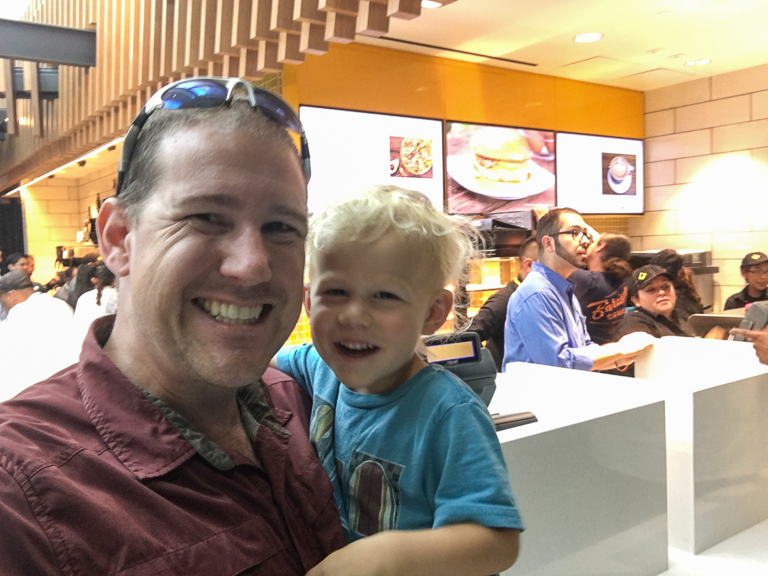 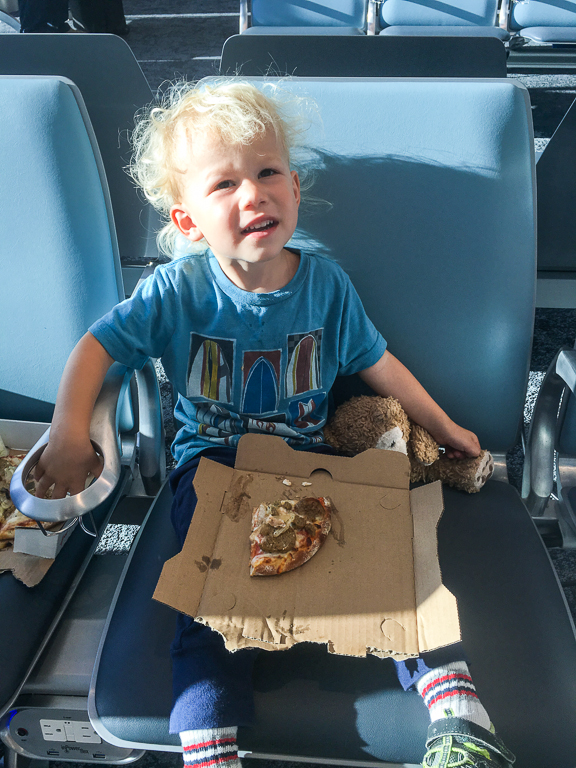 Hearing that we got a free breakfast, Theresa headed over to the "in training" California Pizza Kitchen and picked up a muffin and orange juice for free too! Both kids loved the muffin. 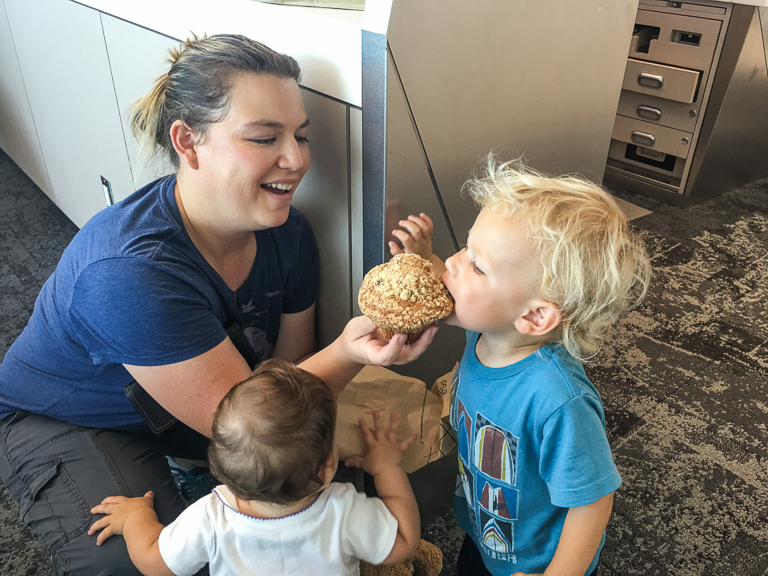 And because our flight was delayed, we happened to see Chi and Richard who are also flying out today. Alli sure is happy to see her Grandpa. 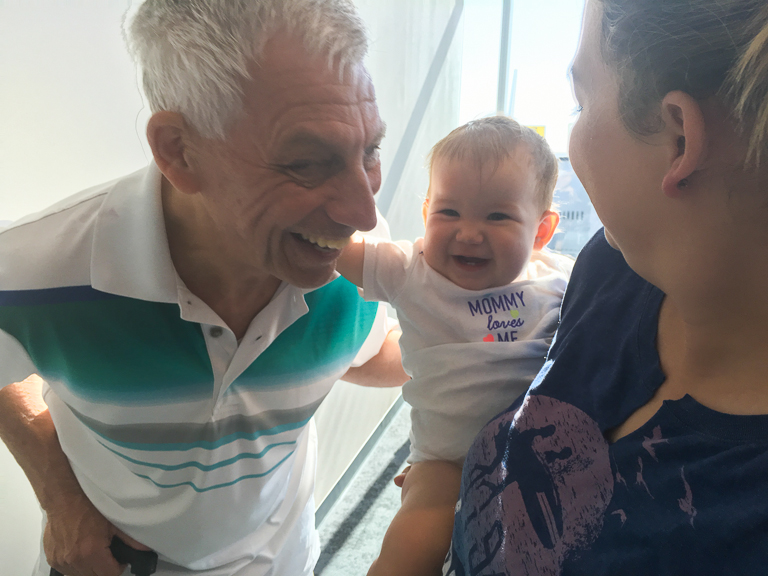 Eventually we're going to Mississippi, but Southwest doesn't fly there. Instead, we're flying into Louisiana and driving from there. The flight was uneventful, and I'm really happy both kids are good flyers. 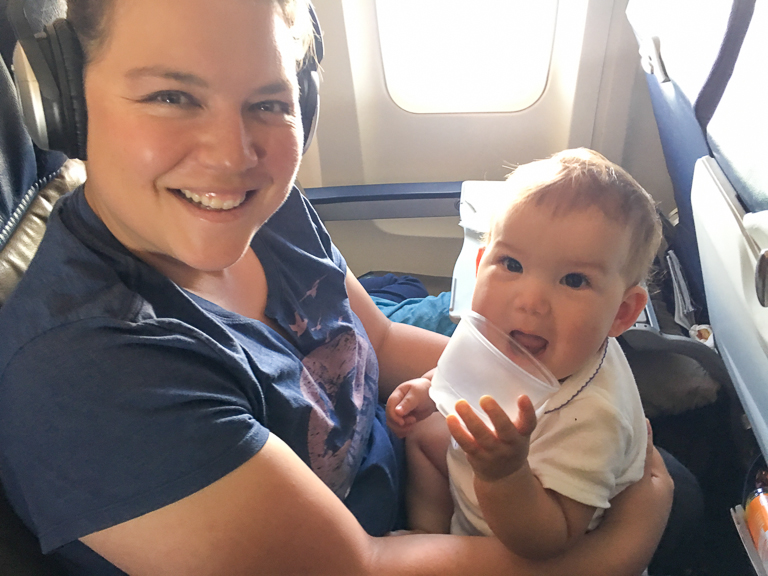 As soon as we landed, I can update Alli's "State's visited" map.

Look who is waiting for us in the New Orleans airport! It's Gram! 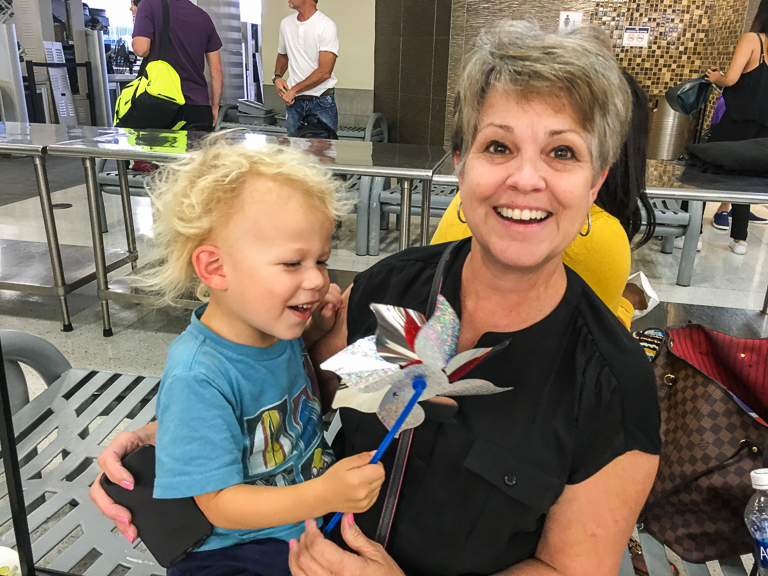 Hi Gram! Alli was happy to see her. 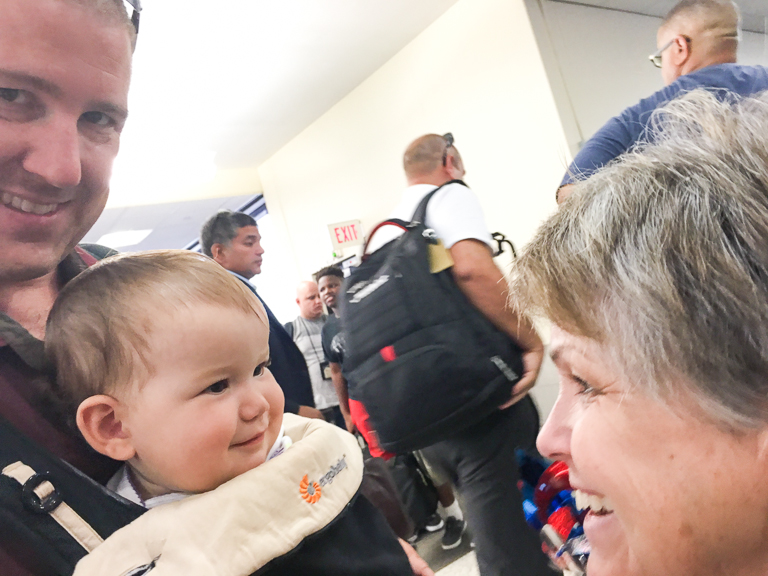 There's a visitor's desk you encounter shortly after arriving that has beads. We made sure to get some for everyone. 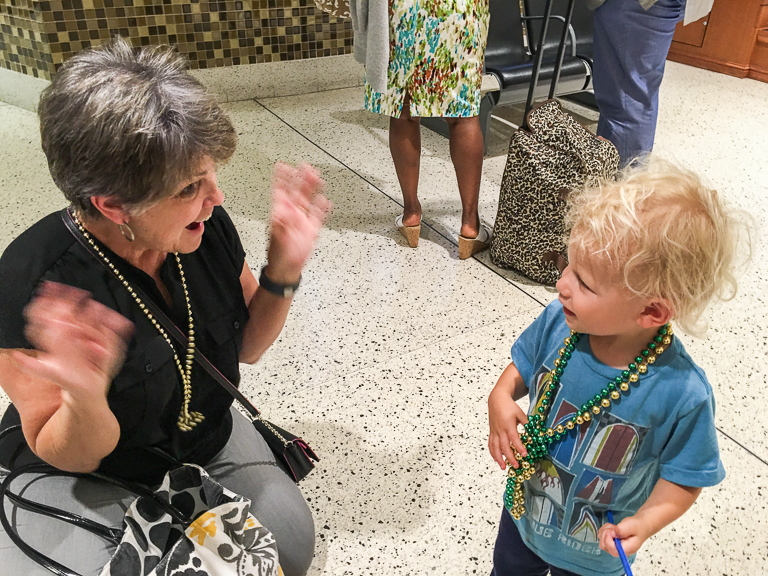 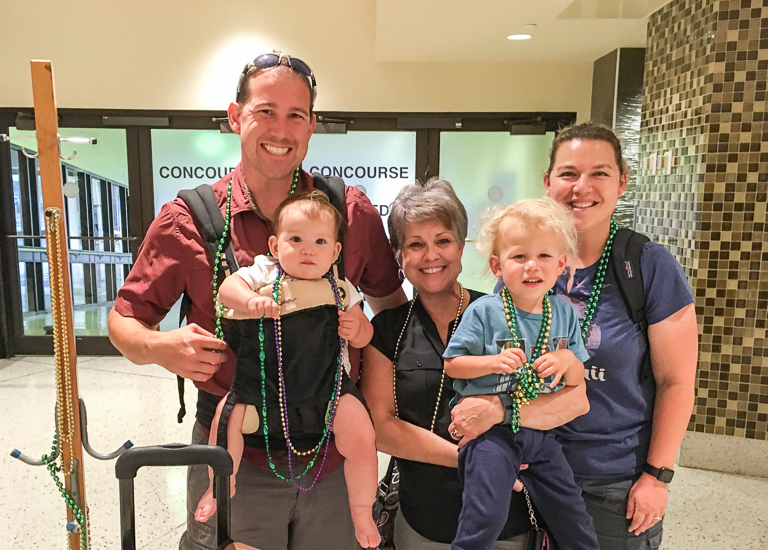 Ian and Alli enjoyed getting pushed around in the luggage carts while T and I got the car seats set up. 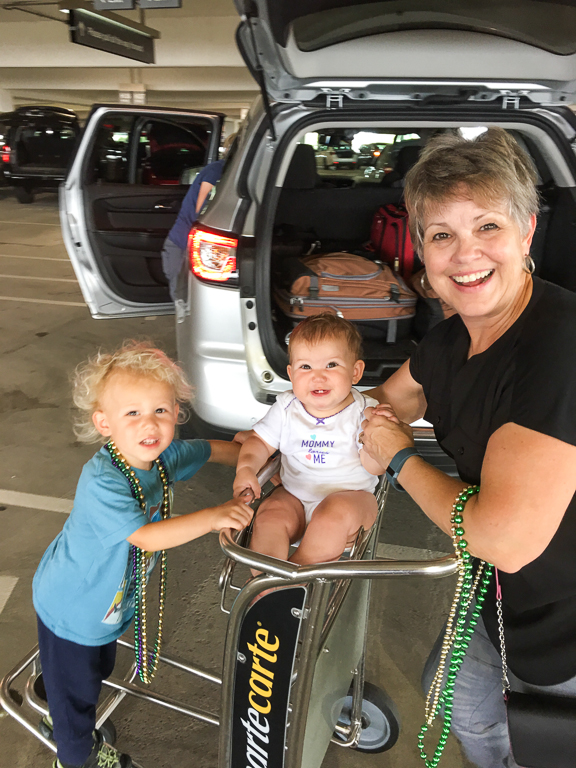 Before we leave Louisiana there's something we've got to do! For dinner, Theresa said we're going to have beignets and pot pies! Mmm. Beignets first.
Cafe Du Monde has received rave reviews, so Theresa routed us there. And once we got there, Alli was hungry, so she waited in the car while the rest of us went inside. 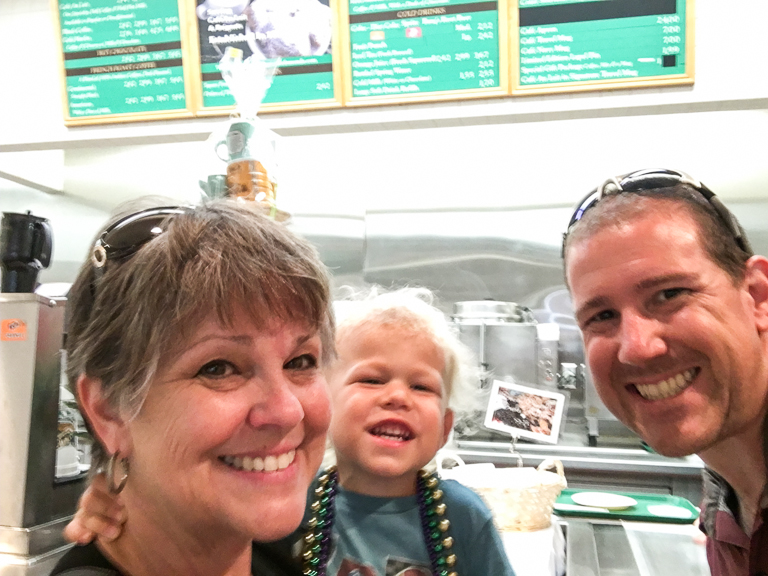 Making a fresh batch for us. 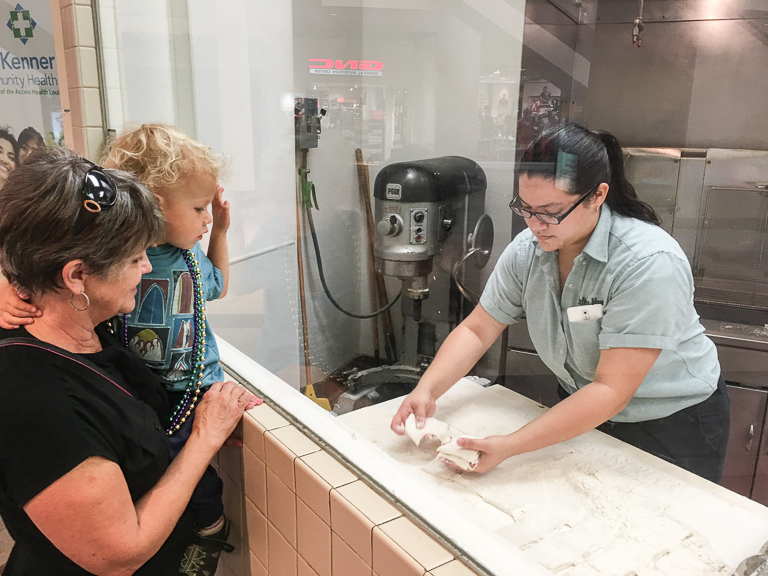 Watching with Gram while the beignets cook and then get coated with powdered sugar. 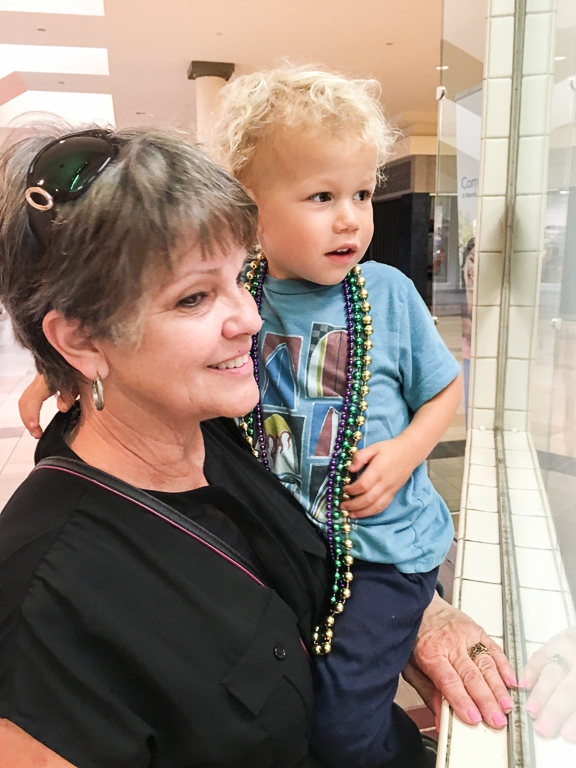 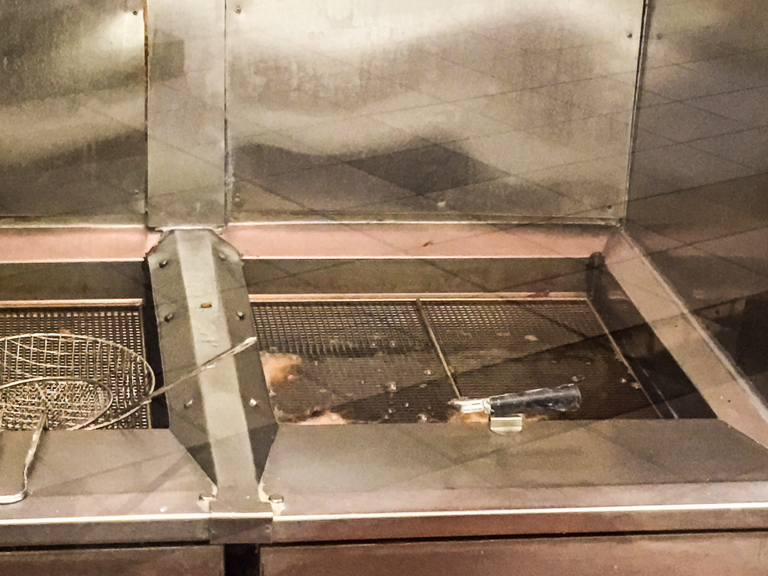 And without even asking for one, Ian got a hat! 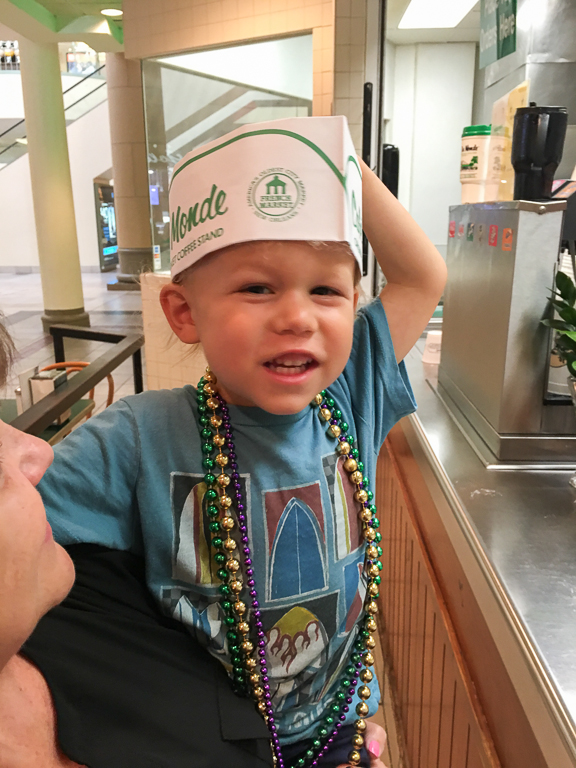 You wear it Gram! 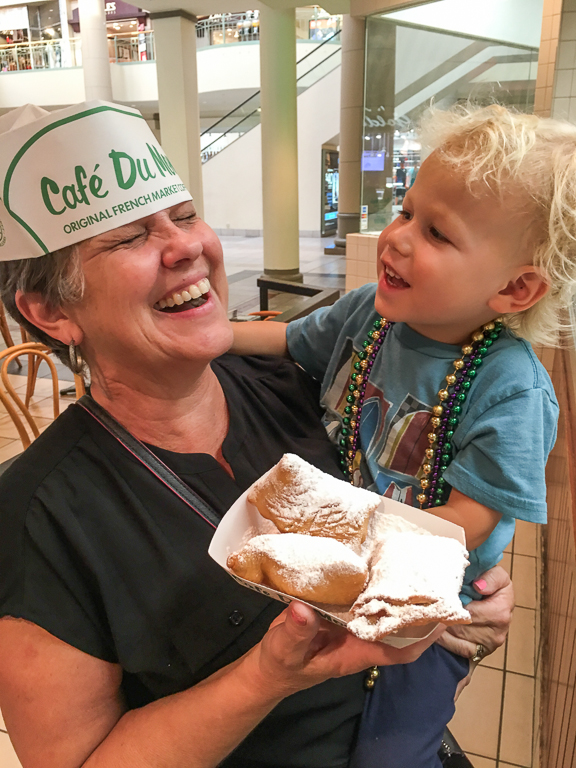 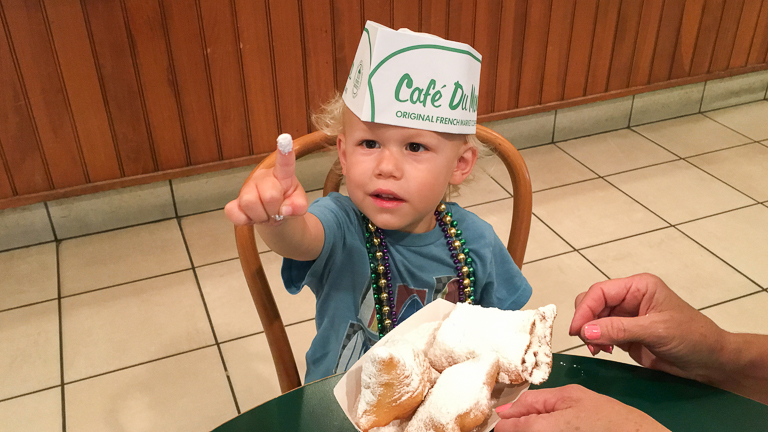 I have to say, these were some really tasty beignets! 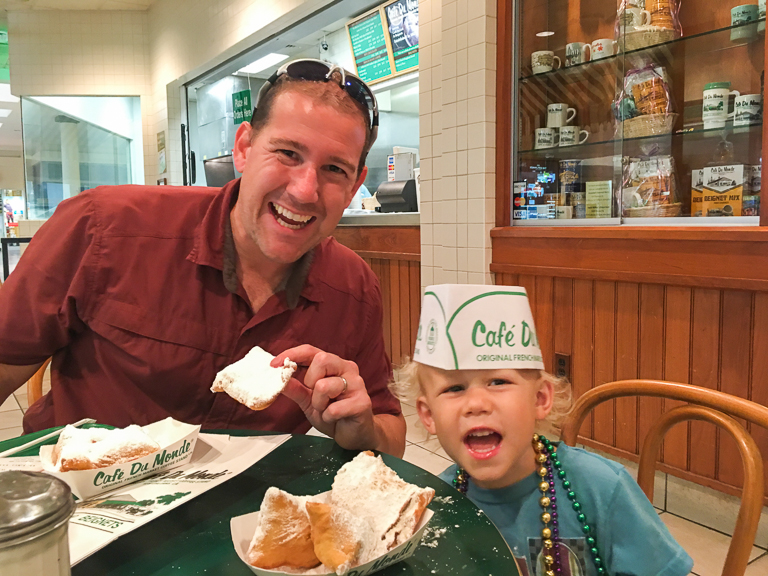 And Ian really enjoyed them too. 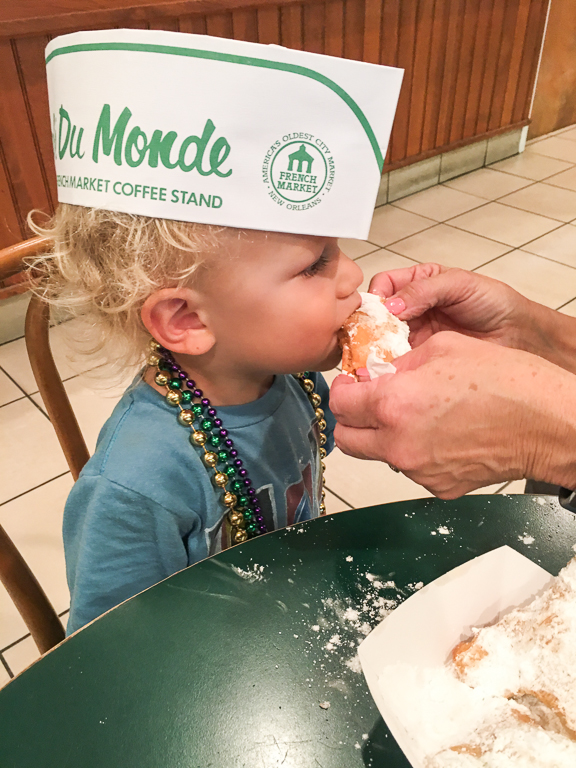 Or maybe he just likes sugar. 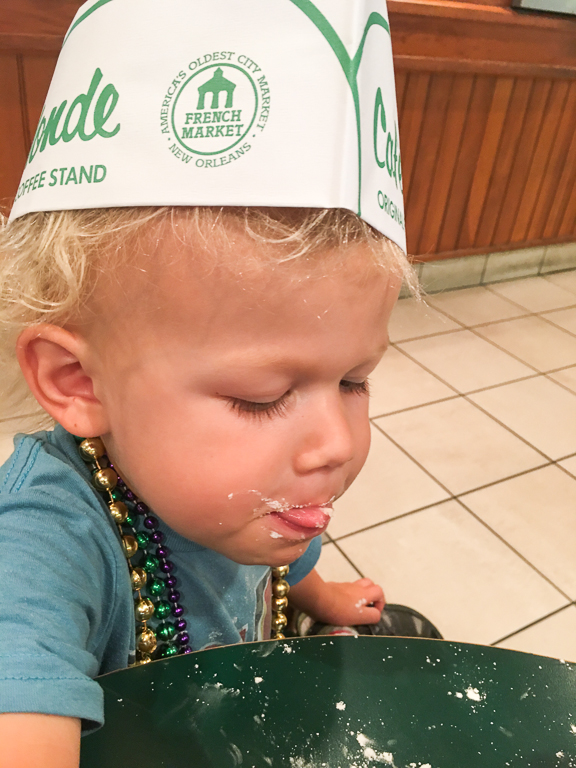 Time for some pot pies!
What's that? Oh, Popeye's. That makes more sense. Time for a 3 hour drive into Mississippi. 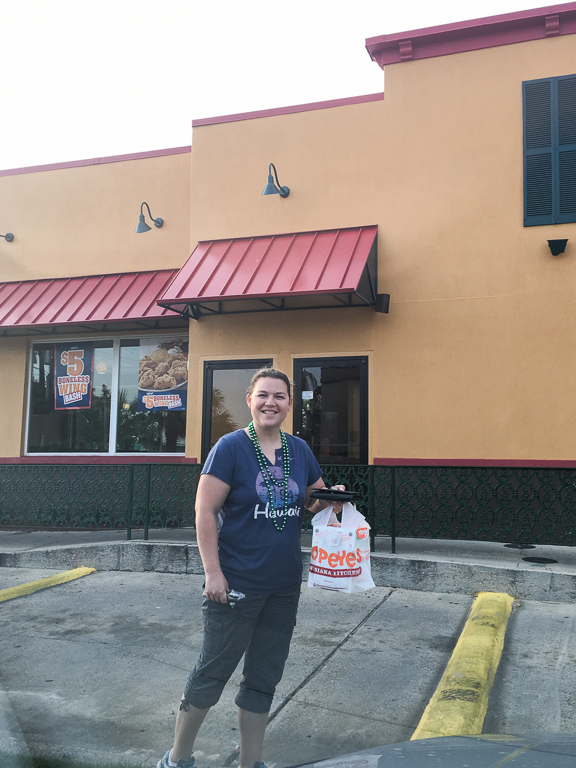 And after crossing the state line, Alli can check off another state on her map.

We got to Aunt Donna and Uncle Gary's house pretty late, but the kids were both in good spirits. 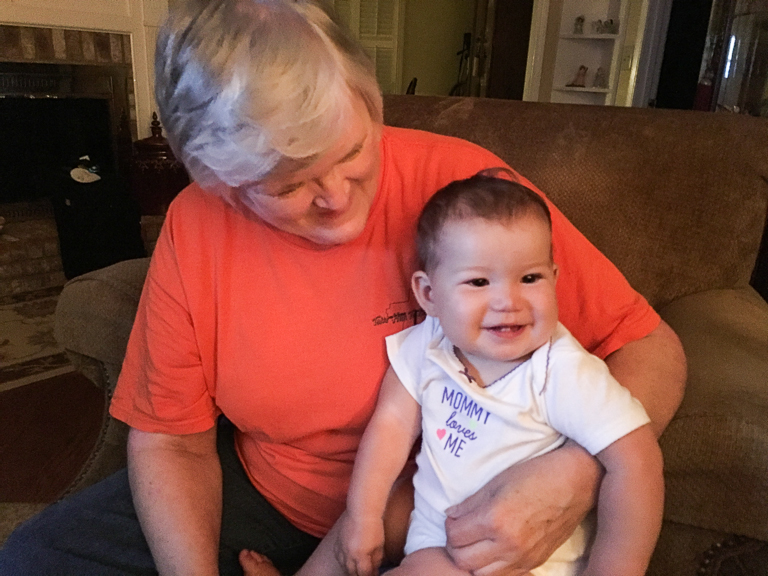 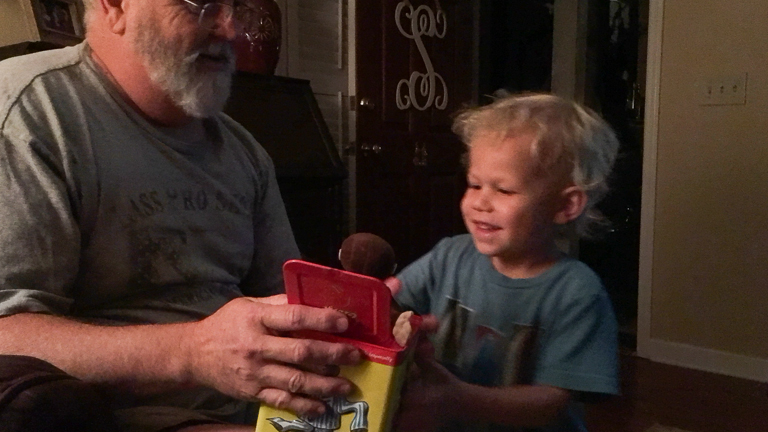