After spending the night in a hotel an hour away, we met up with all the rest of Theresa's family in Missouri for lunch. Here we saw T's brother and his family, sister and her family, parents, plus Grandma. 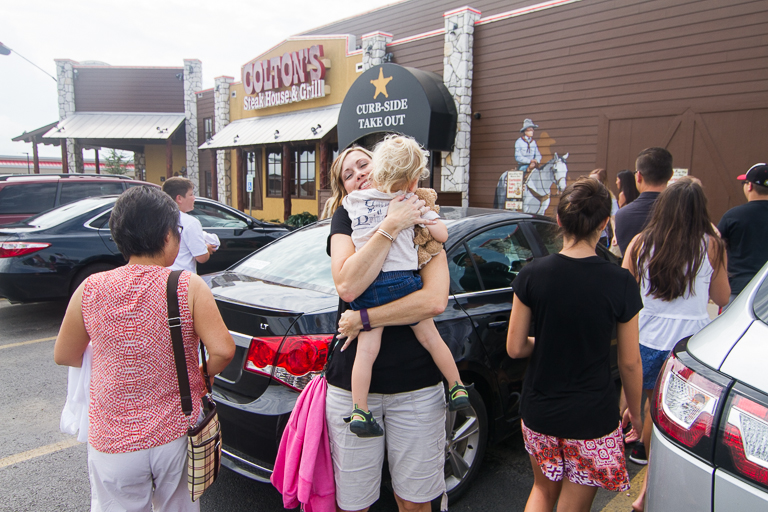 Ian sure was happy to have some new friends to play with. Being a steakhouse, we found a few cowboy saddles to sit on. 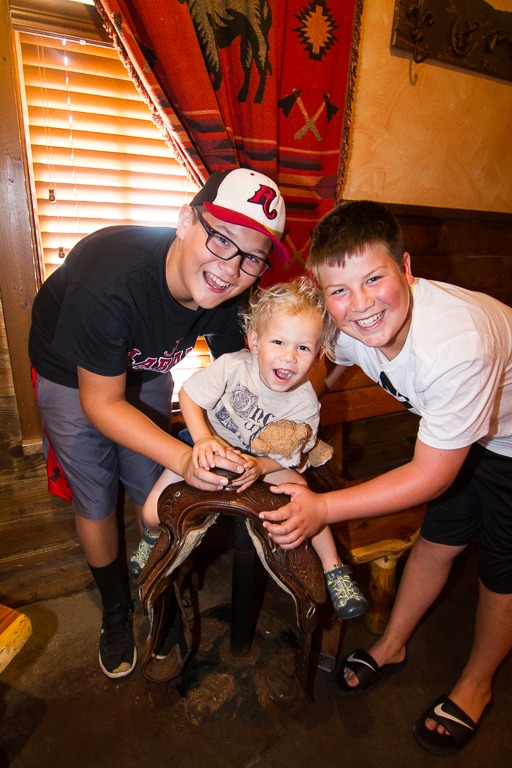 And Ian also found a "horse". 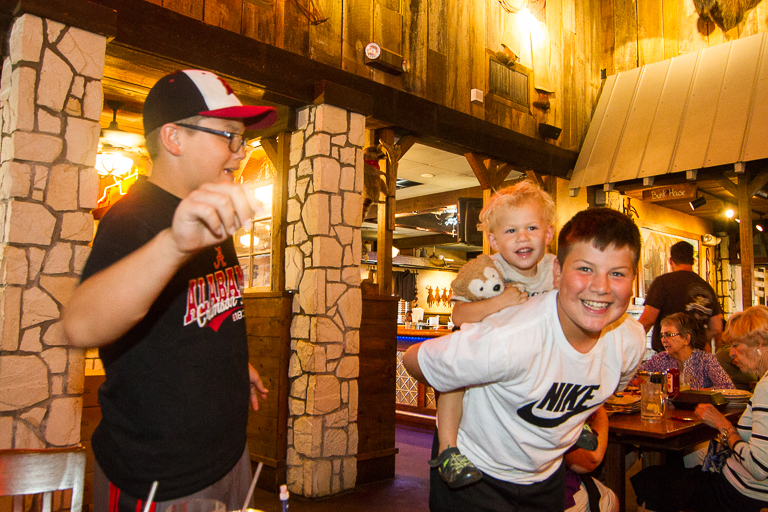 Alli also took a turn with the girls riding the saddles. 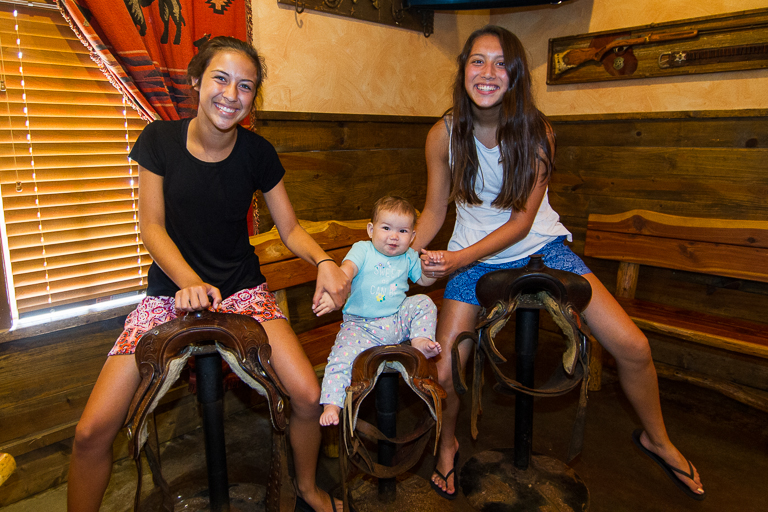 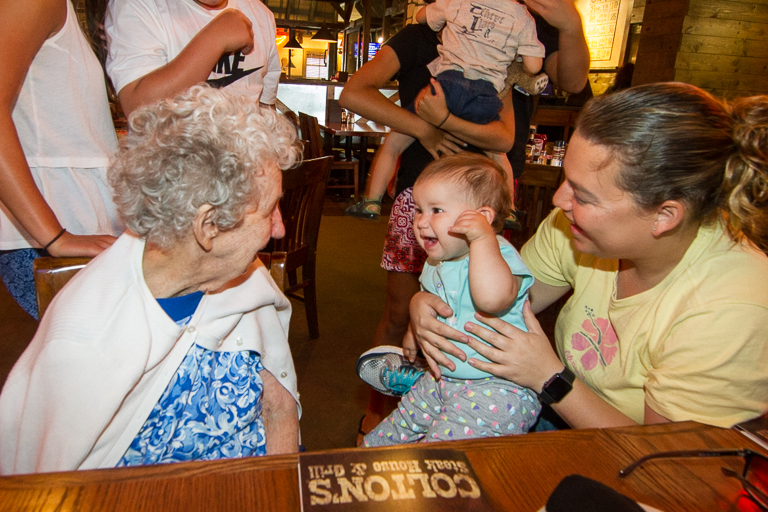 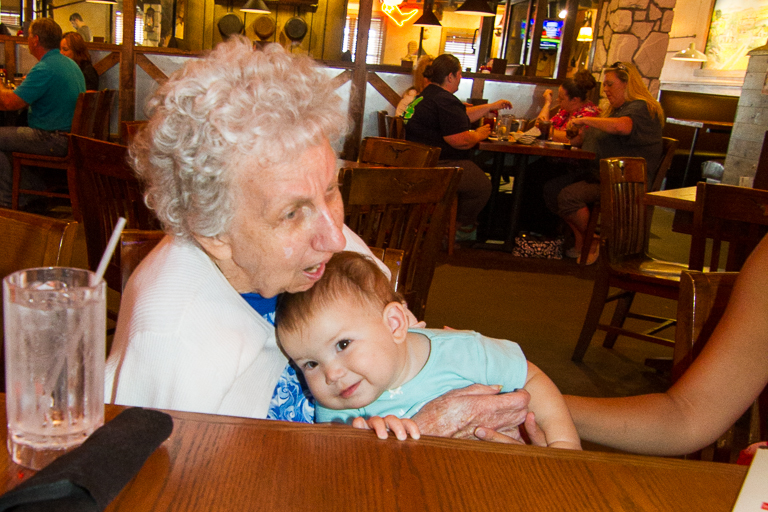 All of Richard's grand kids with their great grandma. 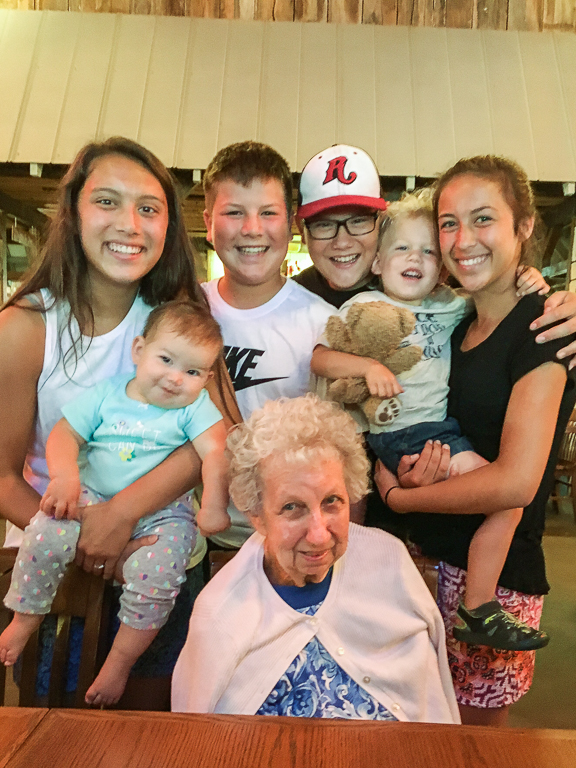 Lunch was delicious. And we all had a good time hanging out and talking to everyone. 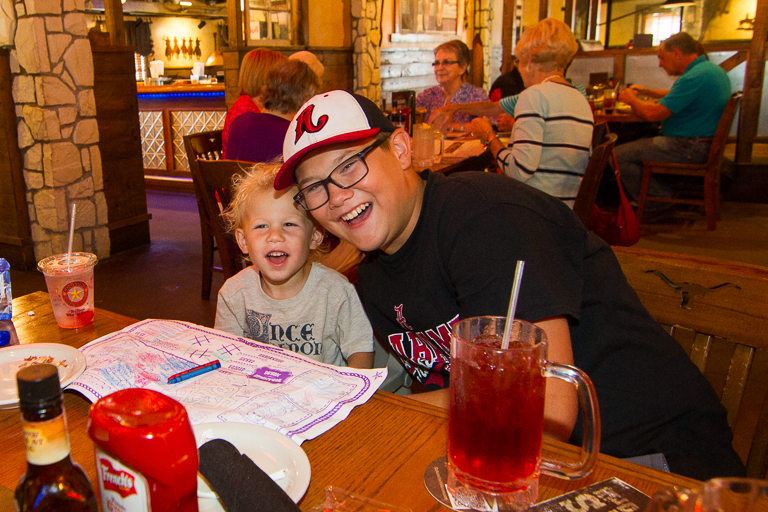 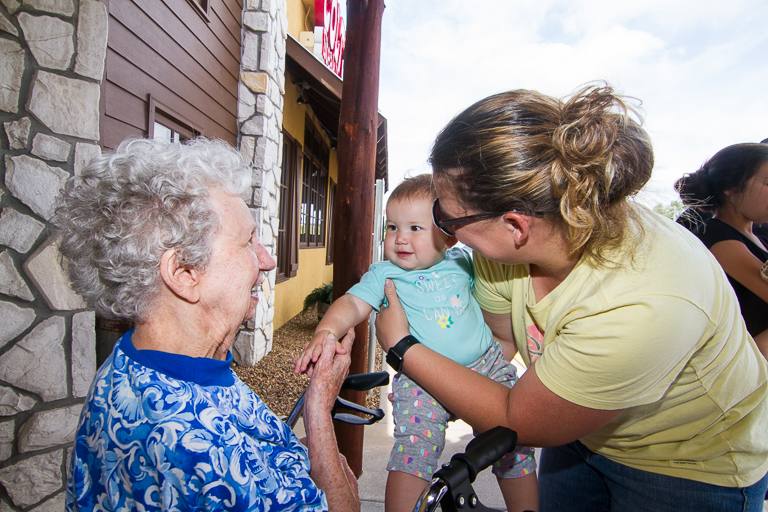 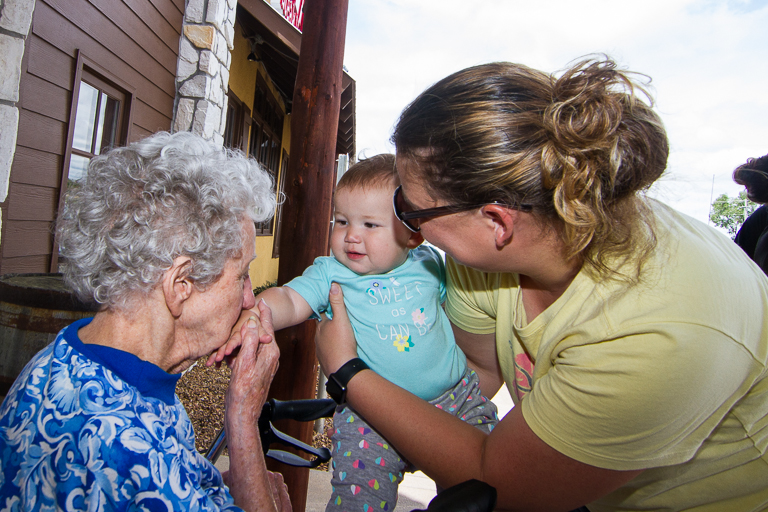 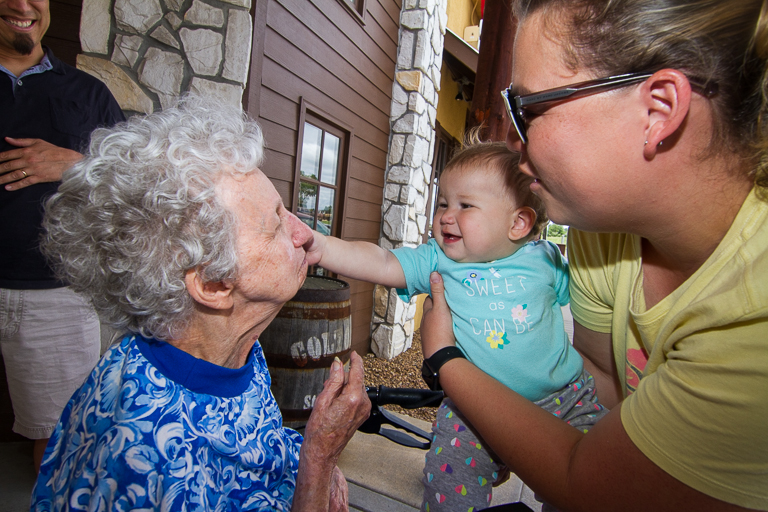 We're jumping on a plane in a few hours to head up to Michigan, but we're close to my brother-in-law's parent's house. Let's stop by for a while!
Oh and it happens to be in a new state for Alli! Check Illinois off the list! 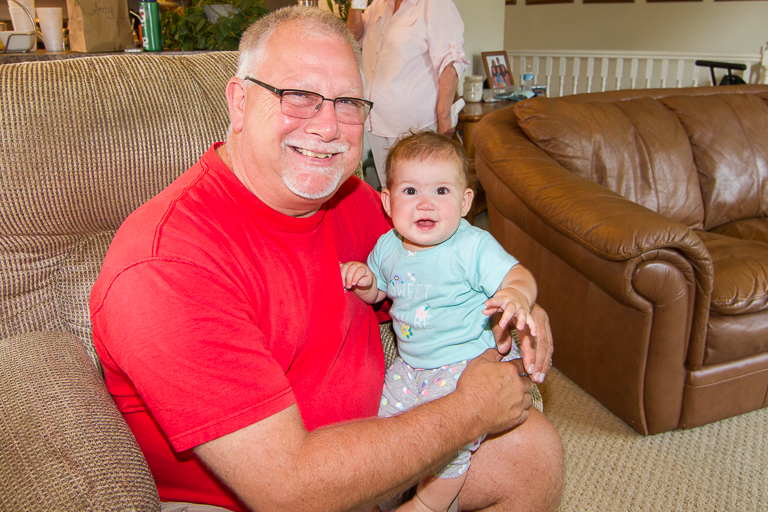 Playing with all the kids. 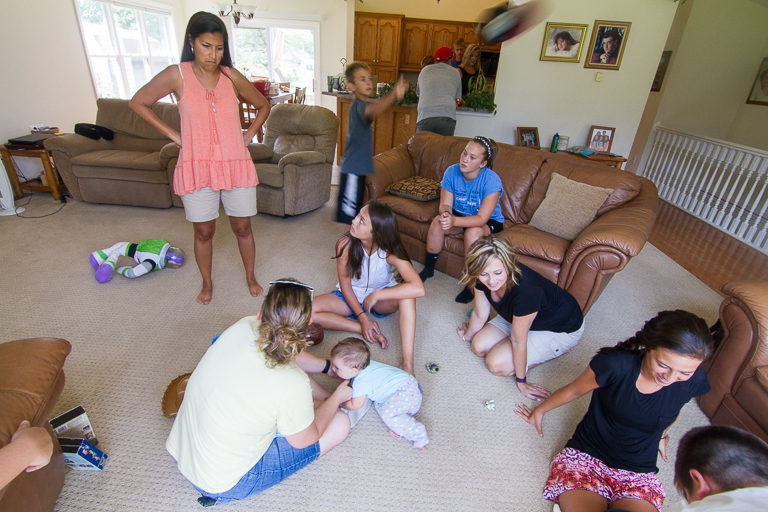 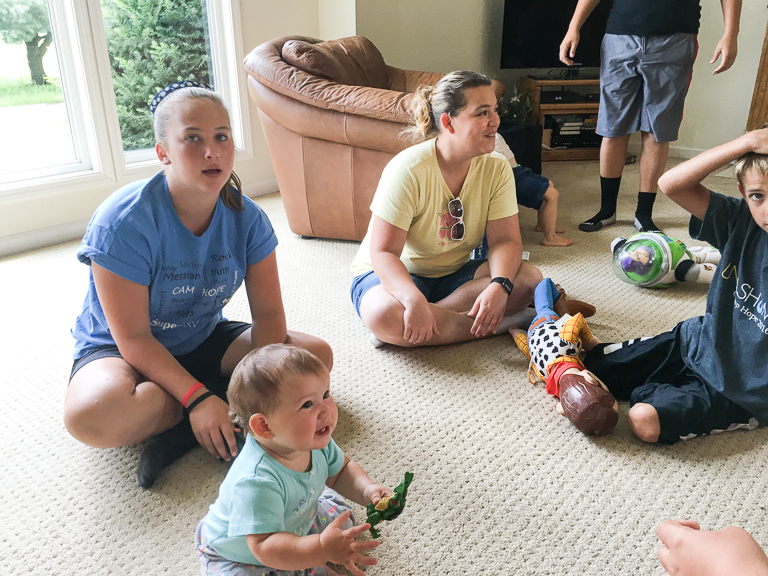 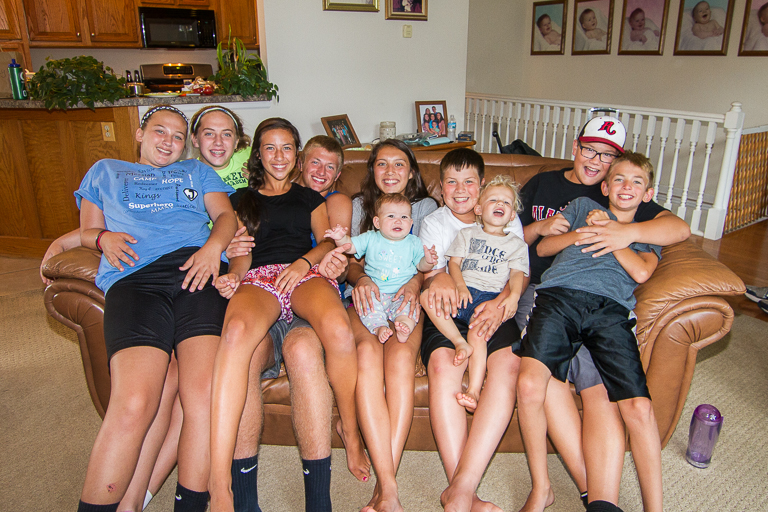 Time to head to the airport. Bye bye! 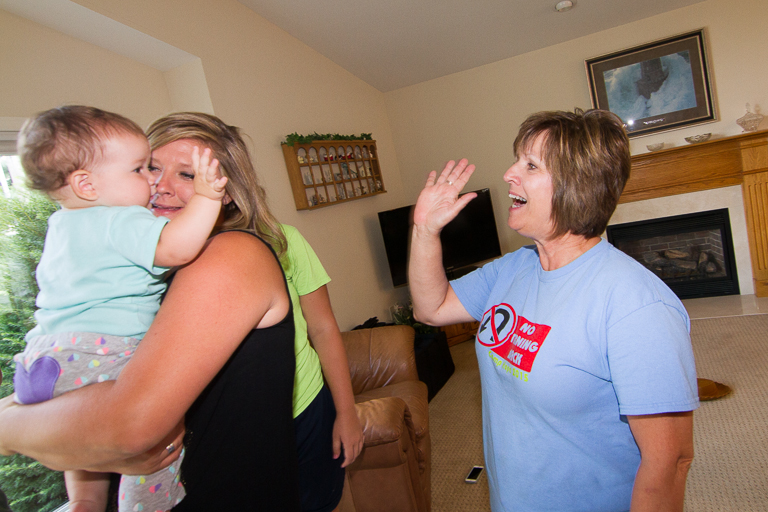 We're all flying back on the same Southwest flight to Michigan. Theresa kept us entertained while we waited. 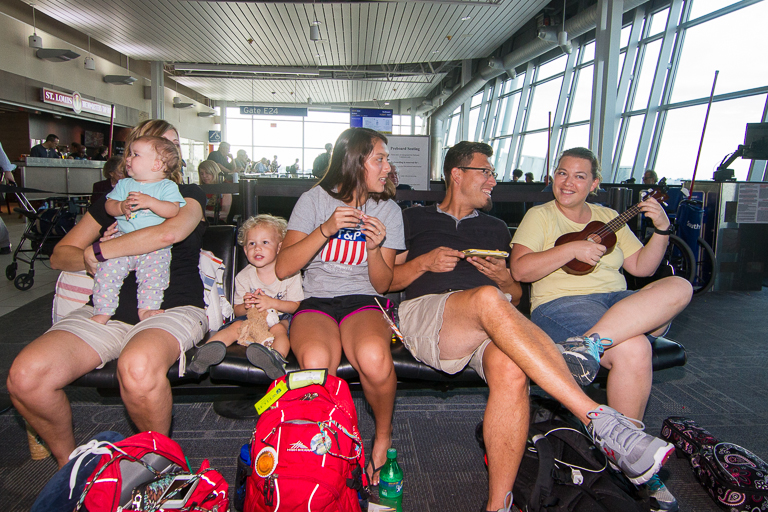 Don't know what Theresa was thinking. She gave the kids a Visa gift card to go buy some candy for the flight. They came back and said, "Here you go Aunt Theresa, it was $45." 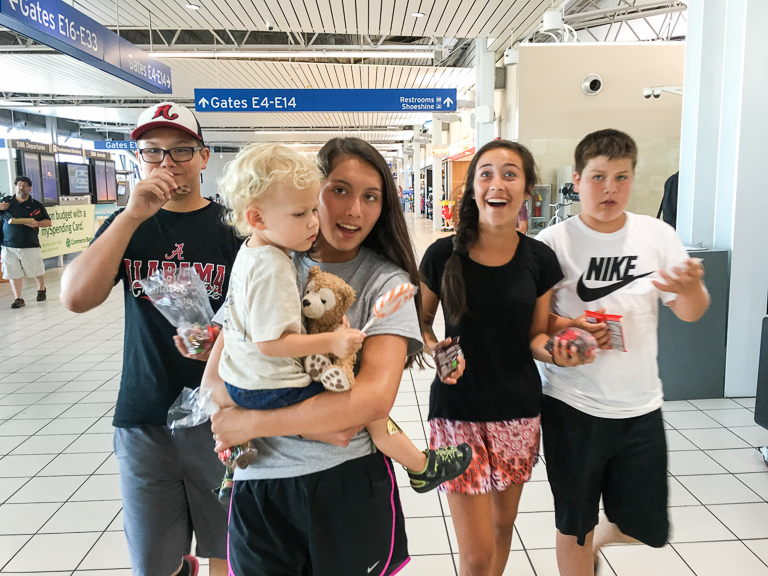 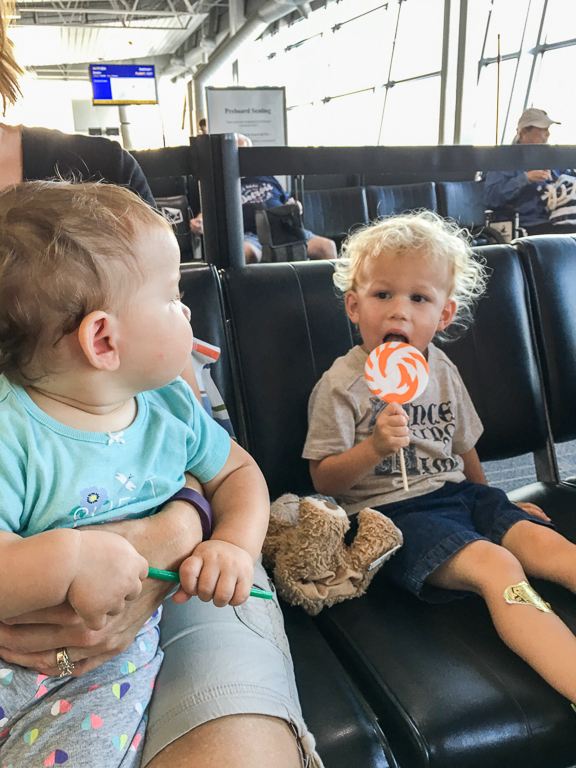 She'll have to settle for an applesauce pouch.

On the plane, we were treated to a beautiful sunset. 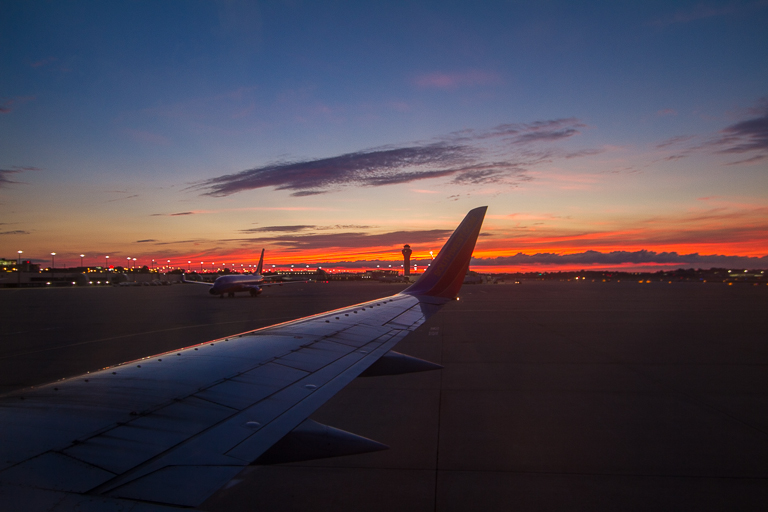 The kids are getting really good at flying now. Alli even sat with the boys during take-off and for the first 20 minutes of the flight. No crying babies here. 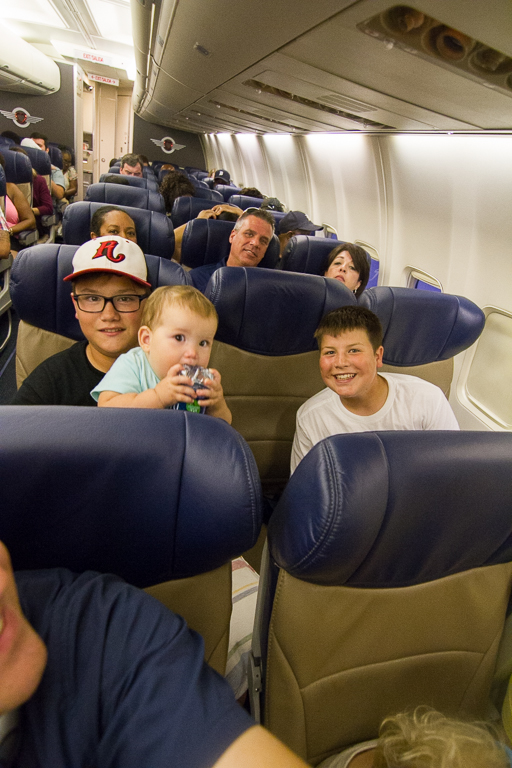 Phew. Long day of traveling and a late night. So far we've gone from Louisiana, Mississippi, Missouri, and now Michigan. I'm ready to wind it down and relax a little bit. 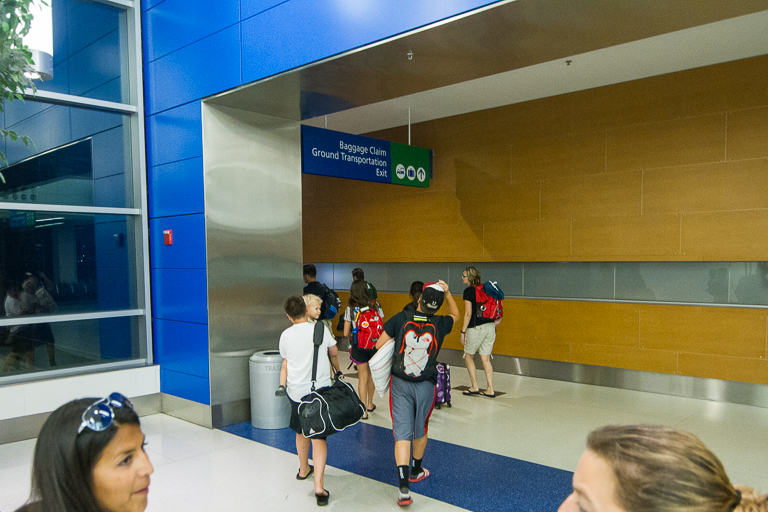