We certainly love our taste tests and we've got another one already.
I happened upon a whole bunch of different Bugles flavors, not only the regular savory ones, but also some interesting looking sweet flavors too.
The kids were excited, telling us how they were going to eat some Beagles. No, not Beagles guys. Bugles. I know they're a favorite of Theresa's too. 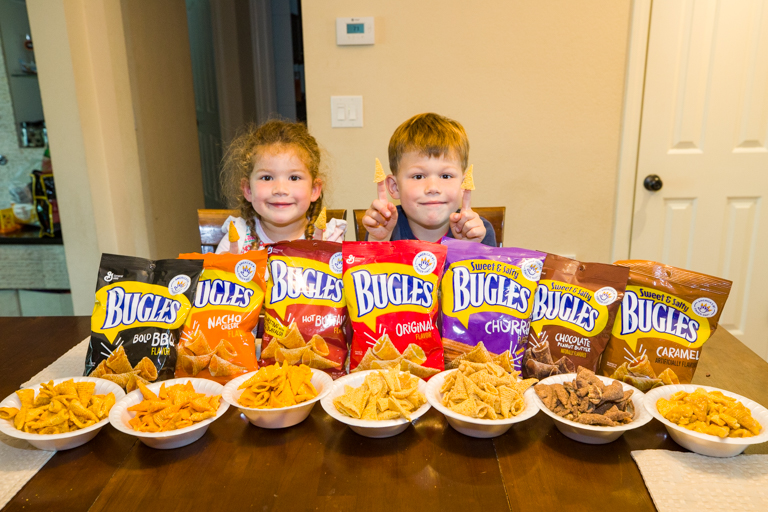 Bugles are America's #1 Finger Hat. Though as you'll see in the coming photos, they're not nearly as conical as they show on the packaging. 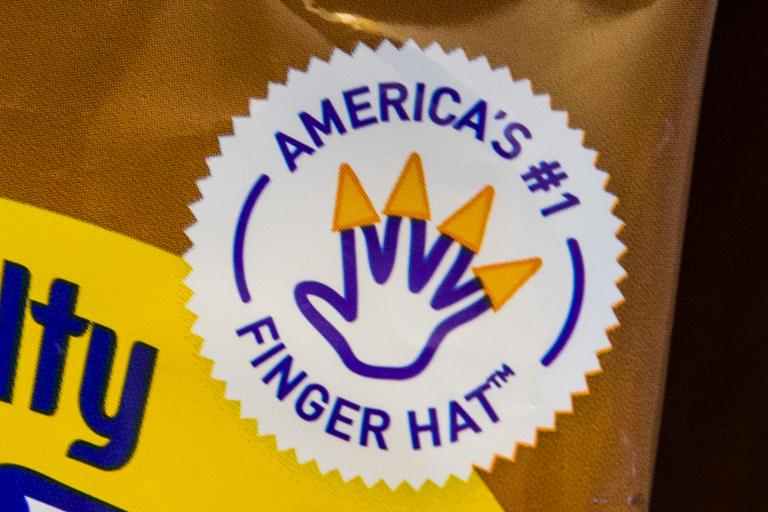 Jacob is here for the taste test too. We've got lots of people voting for their favorites today. 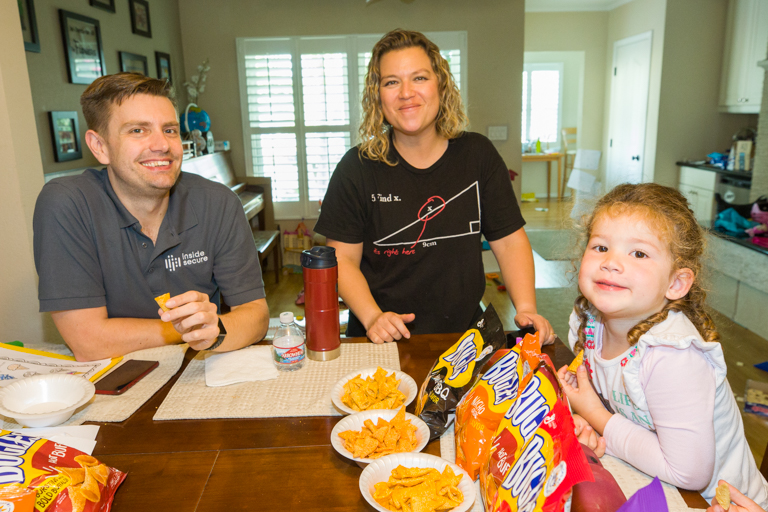 Let's eat them! As you can see, most of these are squished. I envisioned a photo of each of the kids with a full contingent of finger hats, but finding cones that would fit even the smallest of fingers proved to be a challenge. 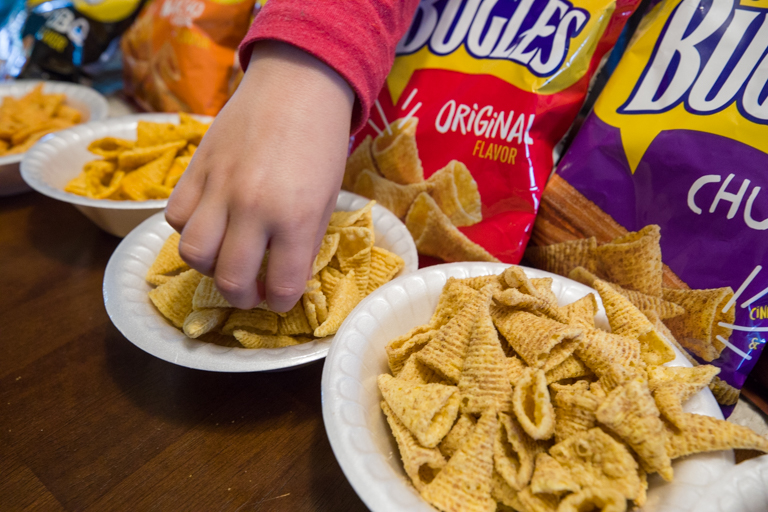 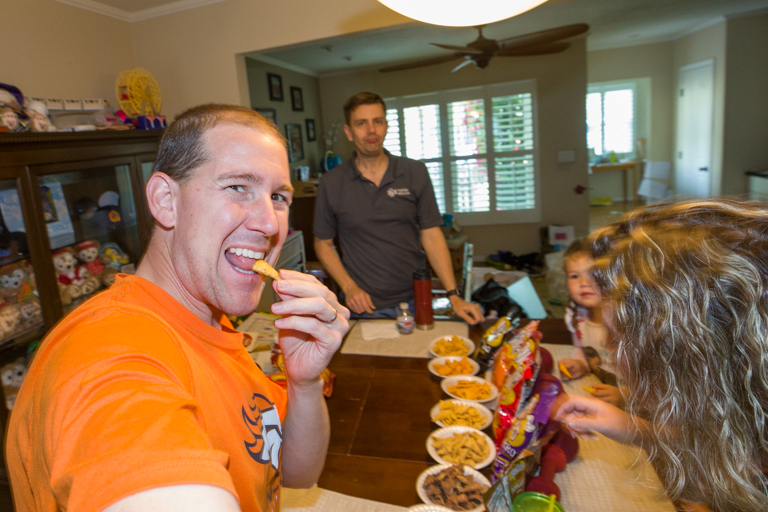 Each of the kids after trying the Hot Buffalo Bugles. At least they tried it. 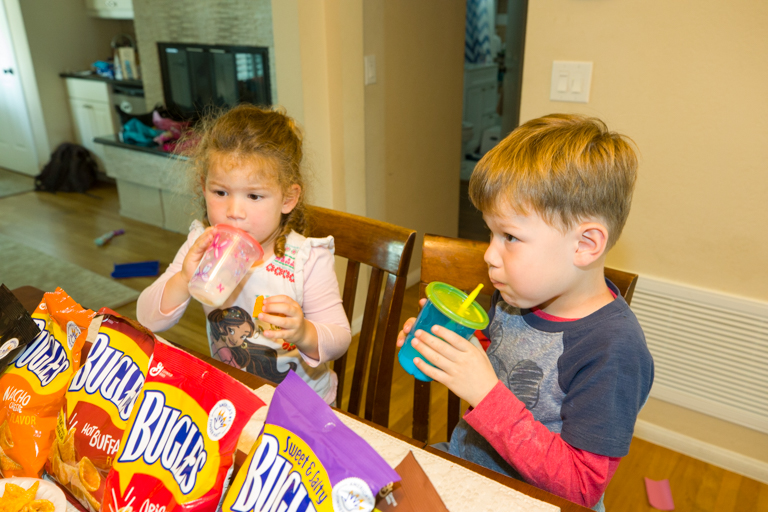 The Caramel Bugles had a very thick candy-caramel coating. 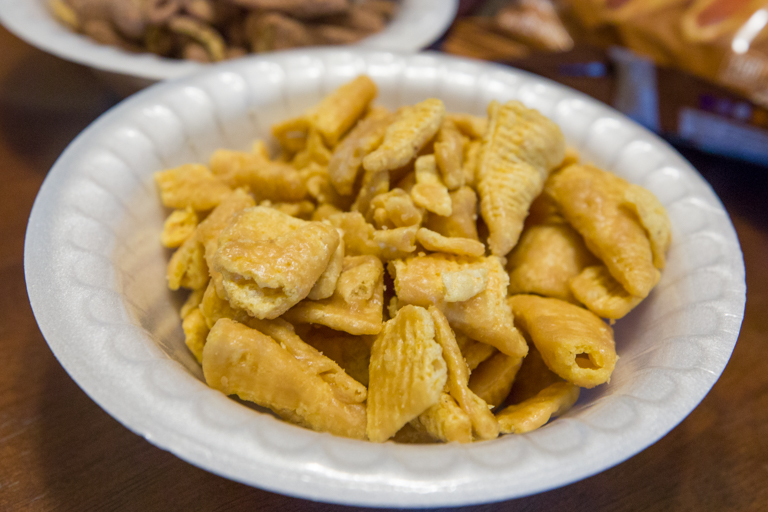 Alright time to vote for favorites.
Ian's favorite were the plain old Original (which he kept wanting to read as Organic) Bugles. Salty, corny, and no special flavors. 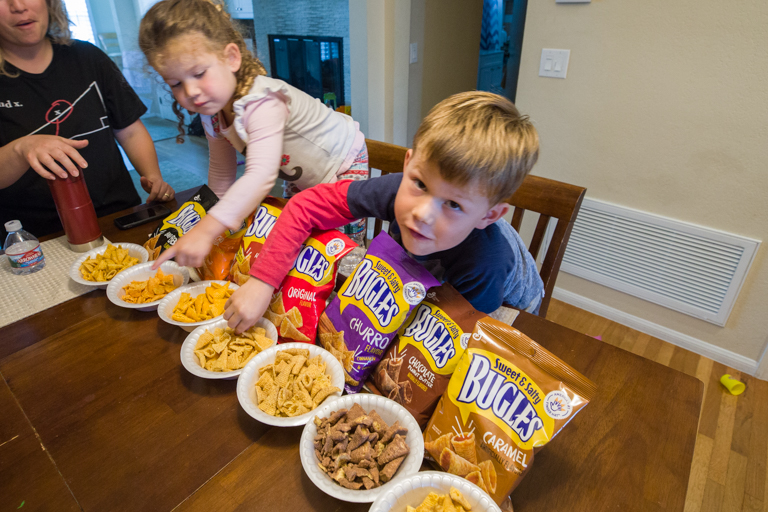 Alli and Jacob both thought the Churro flavored Bugles were the best. They tasted a lot like Taco Bell Cinnamon Twists though they were more dense. Cinnamon and Sugar is a tasty combination.
Theresa's favorite forever and always are the Nacho Cheese Bugles. She said everything else was fun to taste, but I don't have to ever buy those flavors again. Nacho Cheese is for her.
I thought the Caramel Bugles with their thick sweet coating was the best.
The Chocolate Peanut Butter Bugles reminded me a lot of the Chex Mix Muddy Buddies that you make at Christmas. They were just missing that powdered sugar coating on top. Also a tasty treat.
I stood alone in my liking for the Hot Buffalo flavor. Jacob and Theresa commented on the strong vinegar flavor, but that was just fine with me.
The one flavor that everyone agreed would be fine to completely get rid of was the Bold BBQ. No one liked it as a favorite. 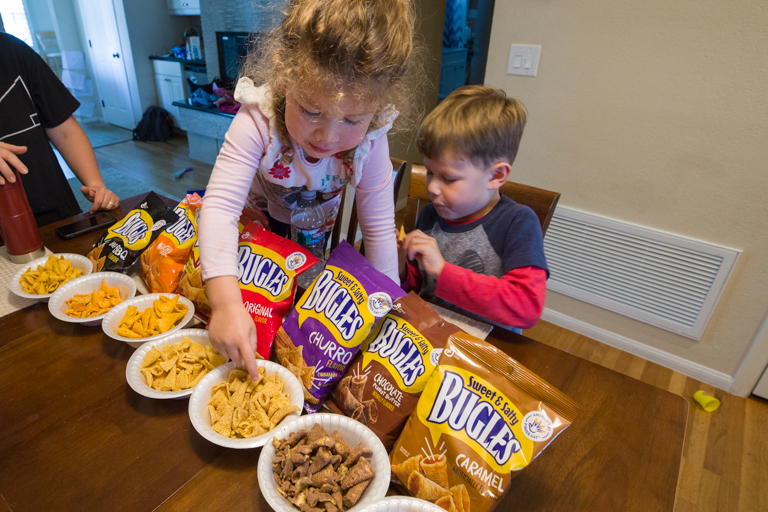 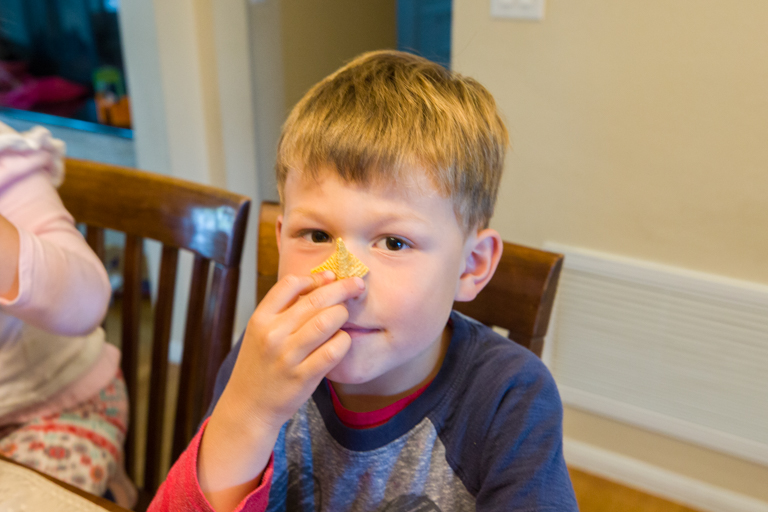 It's always fun sampling things, even if they're not new. What's your favorite Bugle flavor?
Any suggestions on things I should add to the list of things to sample?
Posted by Joe at 10:02 PM