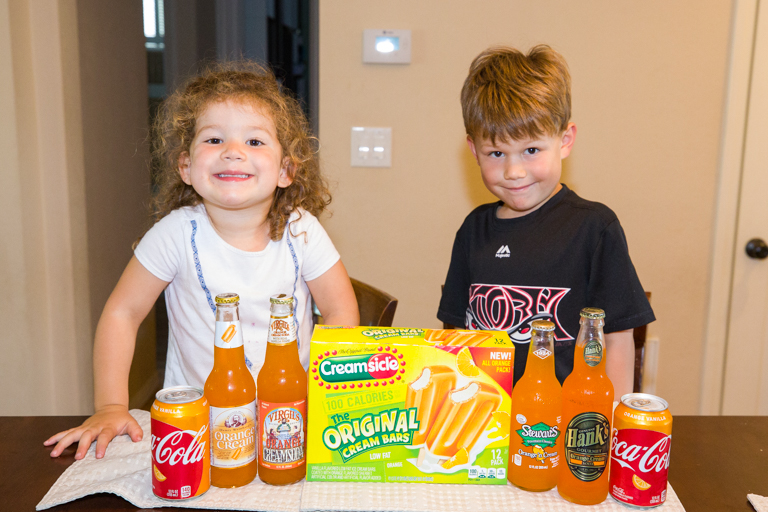 I was able to find 4 other kinds of Orange Cream sodas, plus I couldn't help but get the original Creamsicle bars that these are trying to imitate. Let's get tasting! 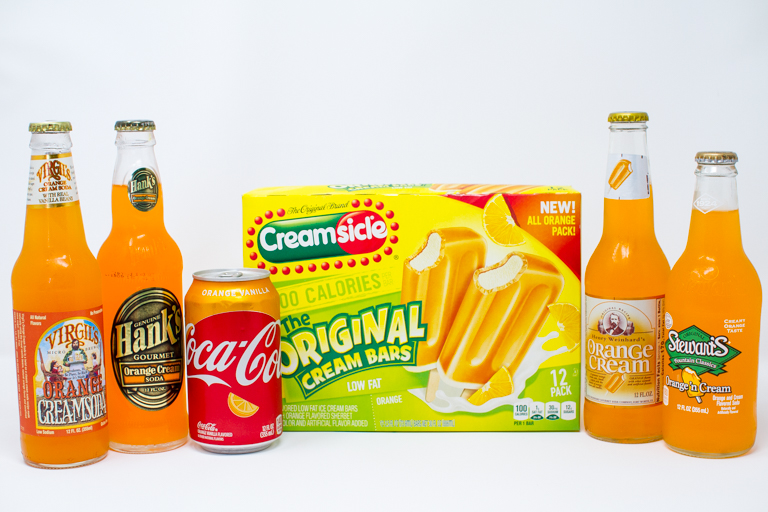 Let's get tasting!
Everyone got a cup and I poured an ounce or so of each flavor for them.
While the kids comments were mostly things like "too fizzy" the adults had stronger opinions. 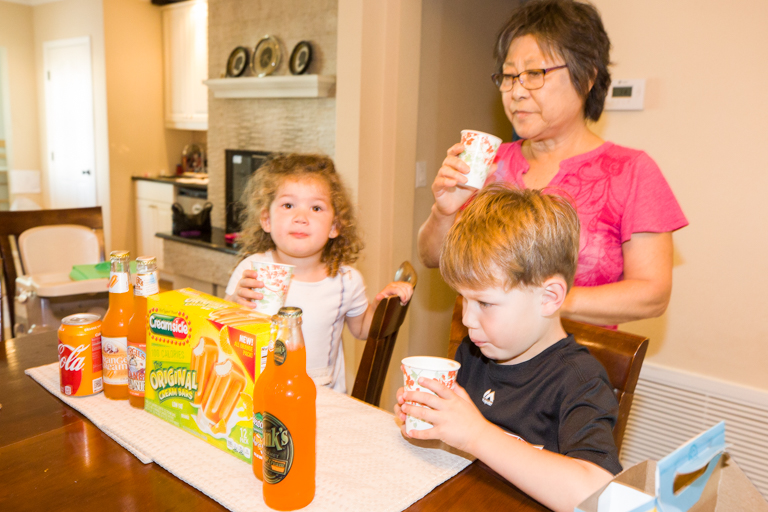 You'd think the 4 different sodas couldn't be all that different, but surprisingly, they were.

From our most favorite to our least favorite.
Orange Vanilla Coke - I was expecting a stronger orange and vanilla flavor, but the cola was still very prominent. T said it reminded her of the German soda called Mezzo Mix, that we've tried a few times now. It used to even be a flavor choice at Epcot's Club Cool.
Stewarts Orange'n Cream - It wasn't my favorite, but it was the favorite of the rest of the tasters. The orange flavor was very sharp. Much stronger than the other flavors we tried.
Hank's Orange Cream Soda - My favorite. It wasn't as carbonated as the others. It was a bit sweeter and to me it tasted much creamier than the others.
Virgil's Orange Creamsoda - "This tastes like medicine" was the comment from a couple people. How could neither of the kids finish their little cup of it?
Henry Weinhard's Orange Cream - How can you be worse than medicine flavor? I'm not sure, but this was voted to be the least favorite of the 5 we tried. 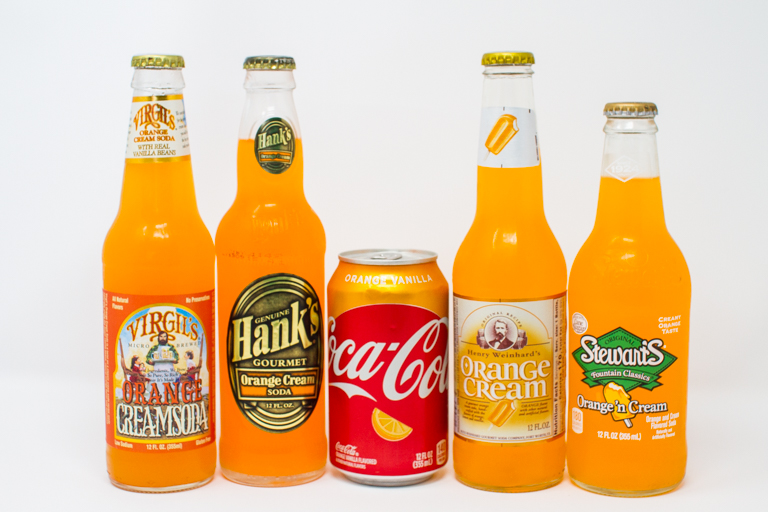 And the kids' favorite part of the taste test? The original Creamsicles of course. 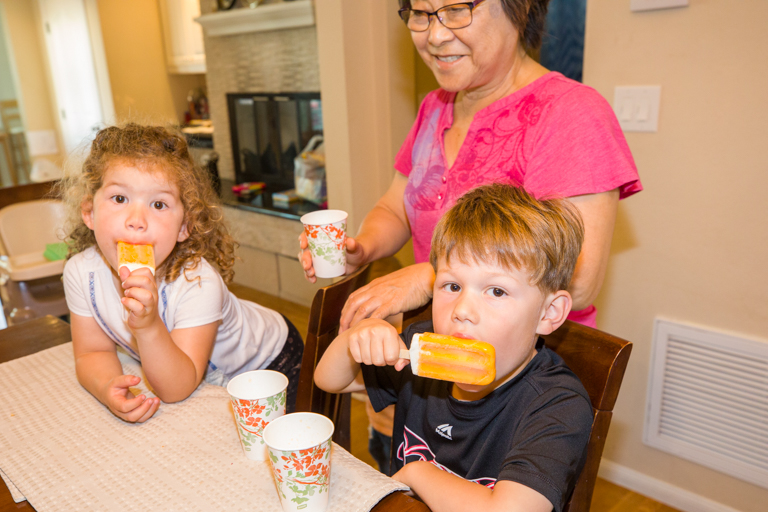 The Creamsicles were my favorite part of the taste test too. Sometimes you just can't improve on the original! 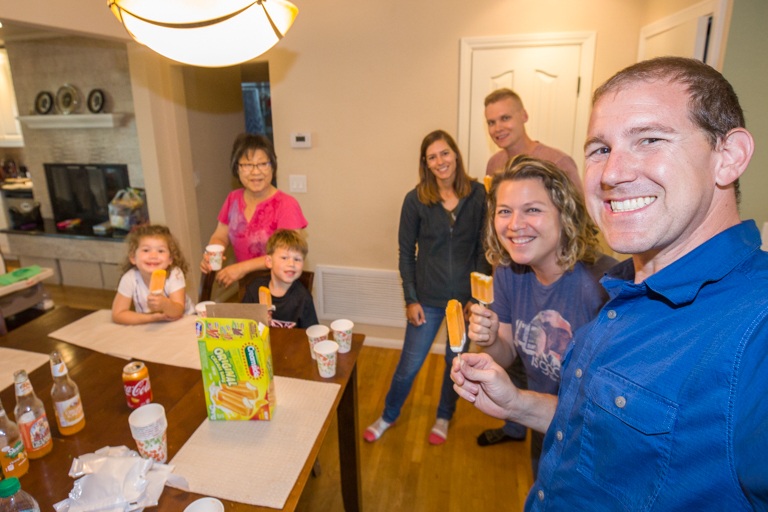 And if you happened to miss it, here's that Coke commercial that introduced us to the new flavor.