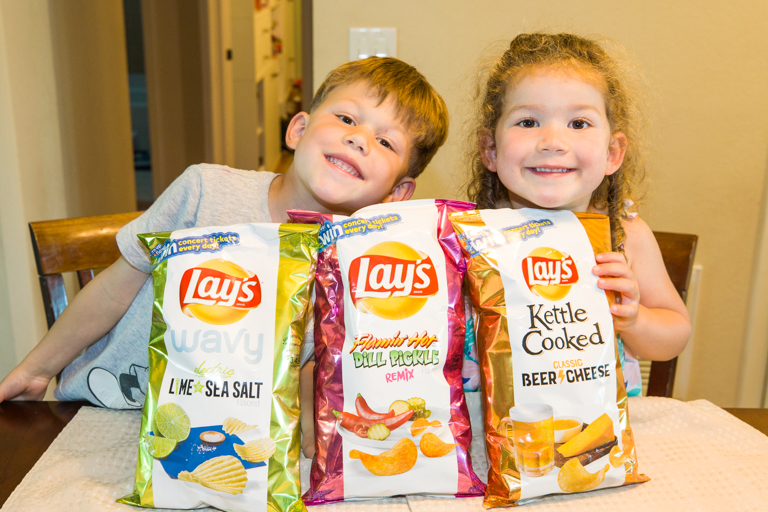 Let's dig in! Honestly they all sound like they could be great. Since he finished his dinner first, Ian got to pick our first one. Which one is he going to pick? Well I know which one he isn't going to pick. 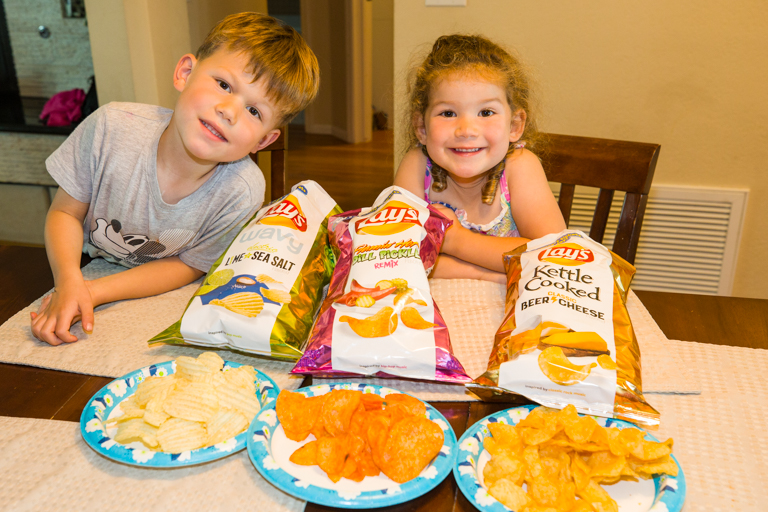 Except he totally picked it. This kids who dislikes anything spicy decided to go ahead and get the spiciest one out of the way first.
I love spicy food so except for the pickle part, I was really looking forward to these Flamin' Hot Dill Pickle chips. And even there I was surprised. I didn't mind the pickle flavor here at all. The chips start with a bit of heat and a bit of sour pickle flavor. Then the pickle flavor dissipates and all you're left with is heat. A really tasty heat. Yum! These are great! 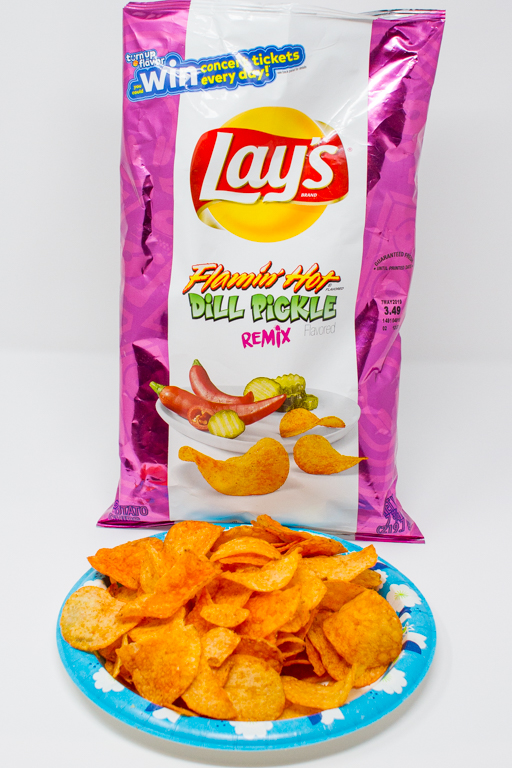 The kids' bites were immediately followed by drinks, but I was proud of them for trying something so spicy. 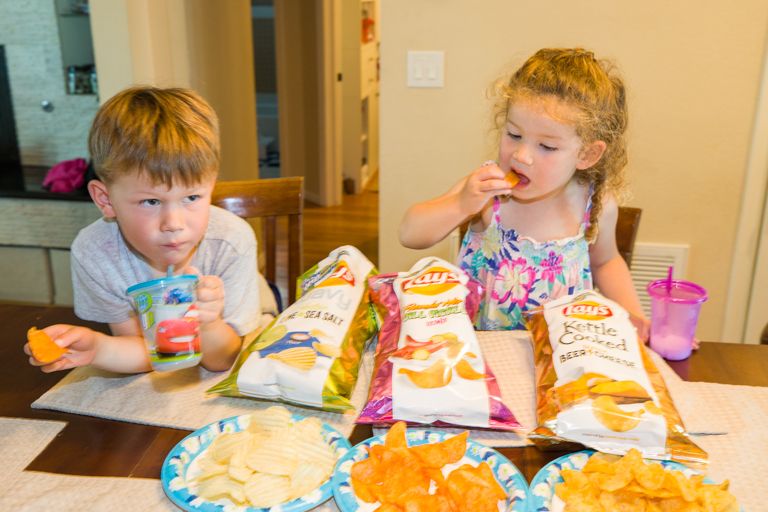 Next it was Alli's turn to pick. Those Wavy Electric Lime and Sea Salt chips looked good to her.
I was really surprised when I tasted these, in a good way. I've had lime tortilla chips before and wasn't really a fan. The lime taste there is a bit bleh.
This Electric Lime really was shocking. It was crisp and fresh. A nice punch of lime flavor. It was as salty as any other potato chip, so that didn't really stand out to me, but the lime was delicious. 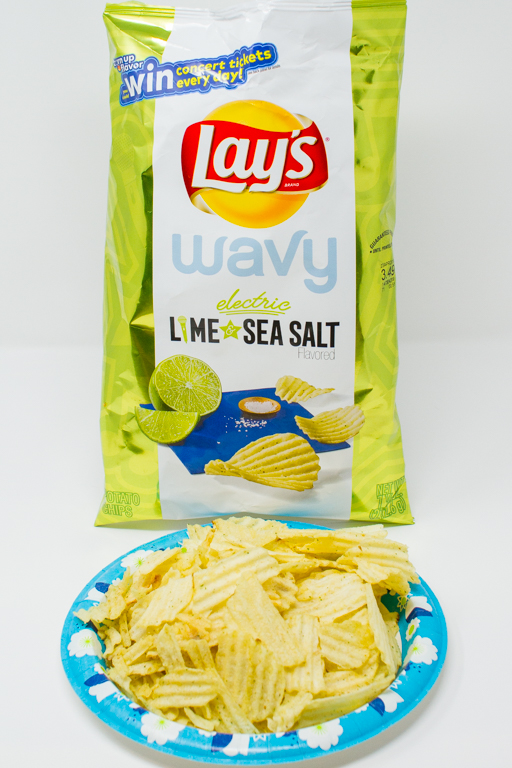 Alright Uncle Jacob. You get the last pick. 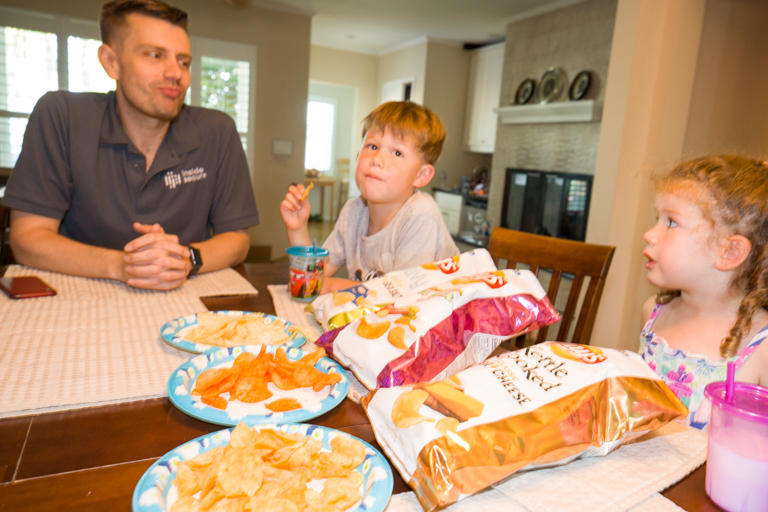 Kettle Cooked Classic Beer Cheese. I wasn't sure if this meant Beer & Cheese or what. They're Kettle chips so they are a bit crunchier than normal Lays. Upon tasting them, they tasted like a pretty good cheesy chip. After trying a few more, I asked Jacob and Theresa if they could taste the beer. Neither could.
Ian - I tasted a tiny bit of beer on my second bite. Alright, time to pick our favorites. Ian thought the Beer Cheese chips were the best. Alli went for the Lime and Sea Salt. For the adults, it was unanimous. The Flamin' Hot Dill Pickle was the favorite for Jacob, Theresa, and myself. The Lime and Sea Salt was my second favorite.
But really, all of them were pretty tasty. I like really spicy food, so the Flamin' Hot was number one. 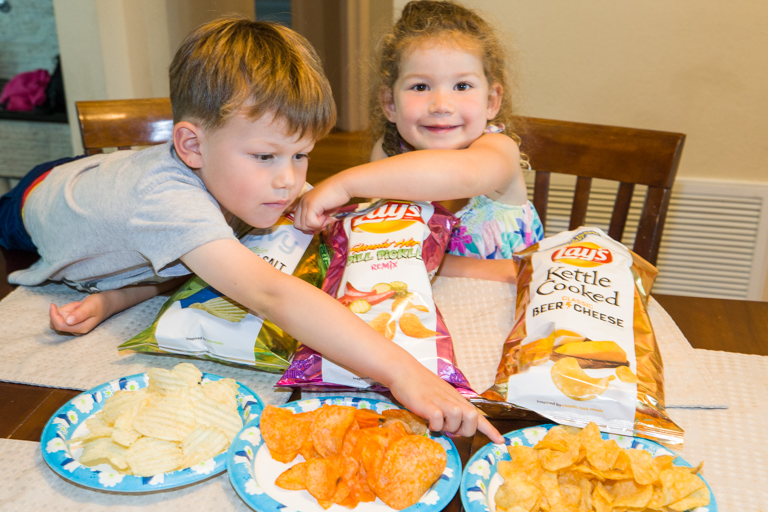 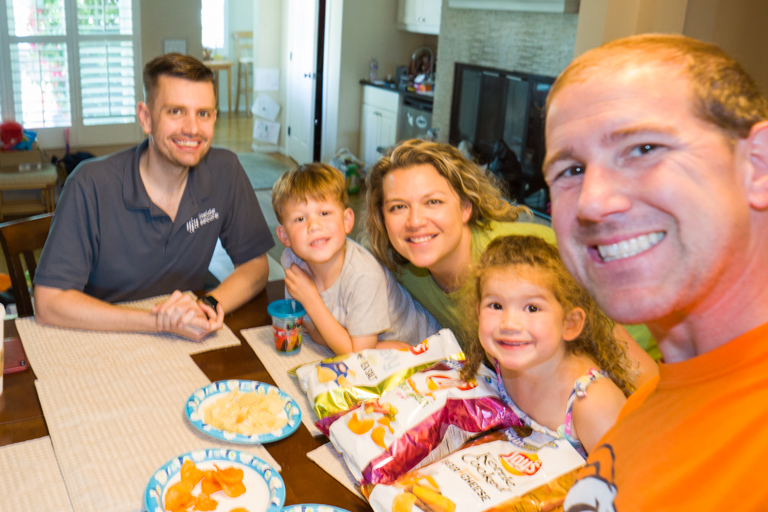 And a big Thank You to my brother Patrick for finding a couple of the flavors for me when my local store didn't have them.
Posted by Joe at 7:00 PM