According to reports, this summer Oreo is releasing 4 new flavors. Oreo has separate releases for each of them versus releasing them all at once. The first of which is S'mores Oreo! Later flavors will include a Baskin Robbins Mint Chocolate Chip, Maple Creme, and an Oreo Thin Latte Creme.

Rater than wait until August to try them all at once, we're tackling them one at a time. 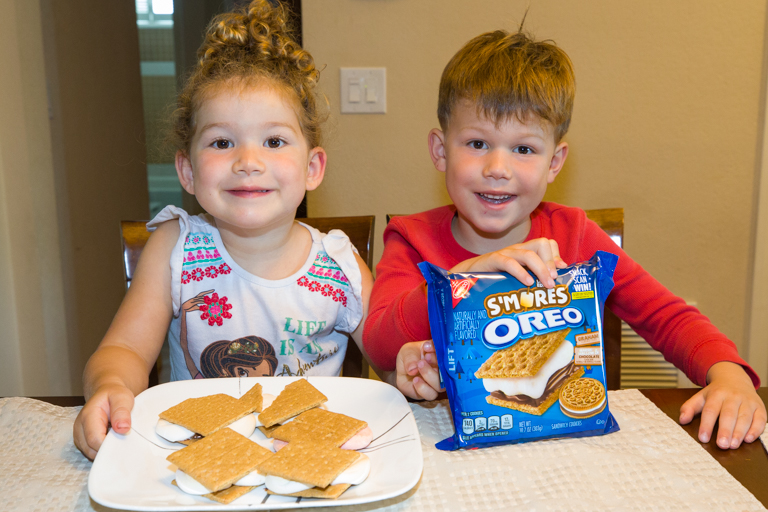 I like the packaging for this one with the camping tent. And I like how Oreo did the layers of the creme. There are two separate horizontal layers of creme. One marshmallow and another chocolate, and they both have different textures. That marshmallow texture is really gooey and sticky like a marshmallow. 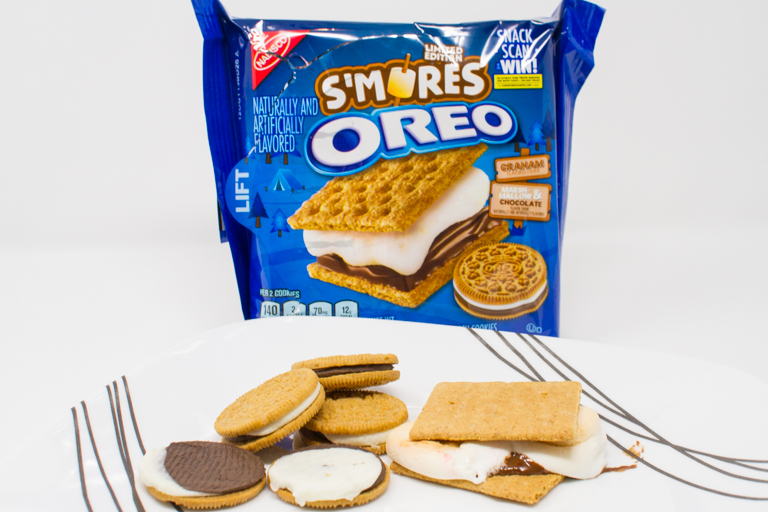 These taste tests of our have turned into mini events, where we don't just try the thing we're sampling, but we try and pair it with what it represents, which means that today, we're making s'mores! 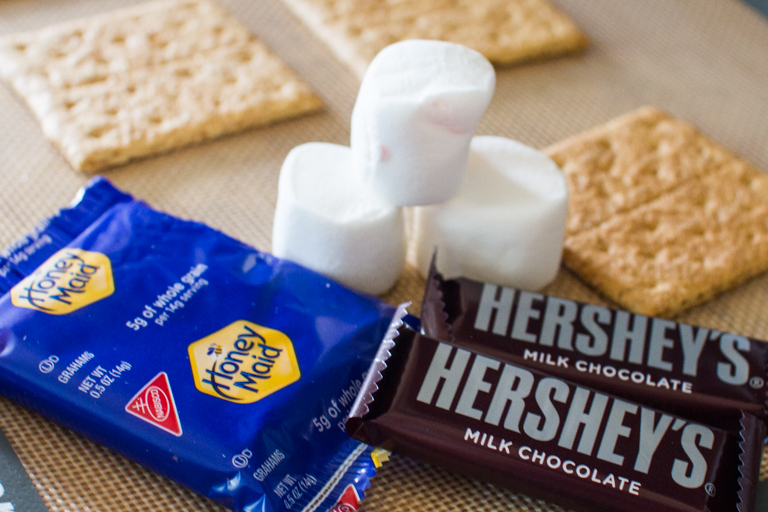 When we were in Napa visiting my brother last summer, my sister-in-law showed me an excellent way to make s'mores indoors! 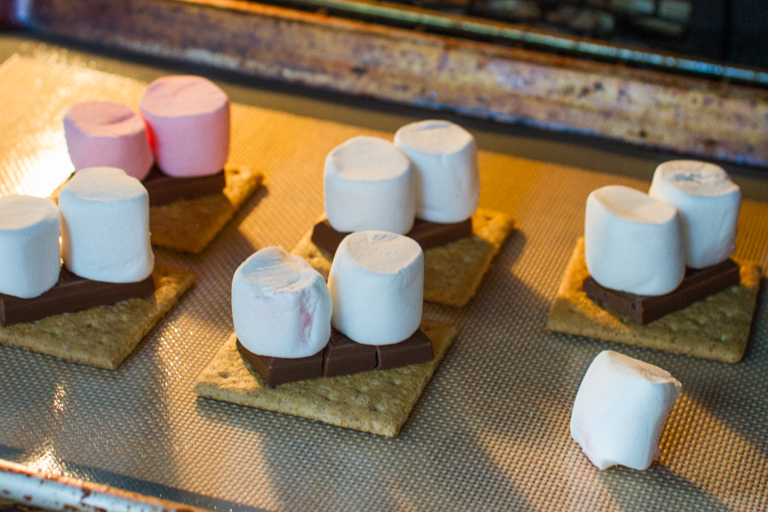 Four minutes at 400 degrees gives you an excellently toasted marshmallow and warms the chocolate as well. GBD - Golden Brown Delicious. 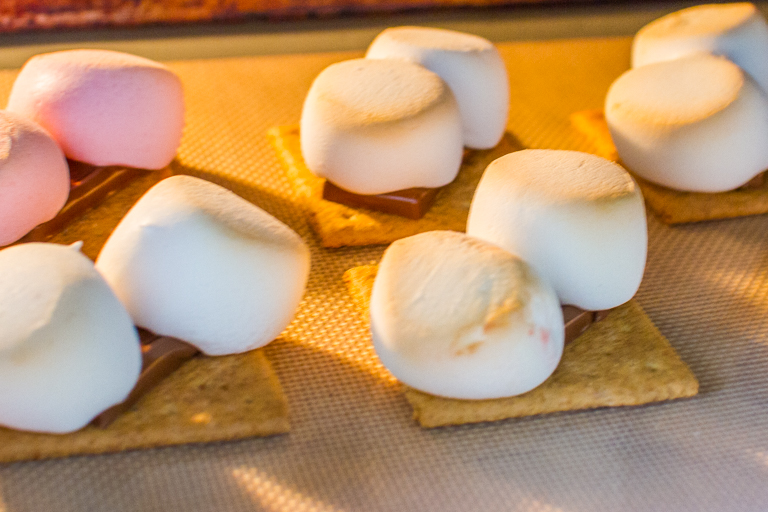 Top it with another graham cracker and you're good to go. That pink one above is an Alli special. Pink strawberry marshmallows. I was offered a bite and I have to say, it was also delicious. 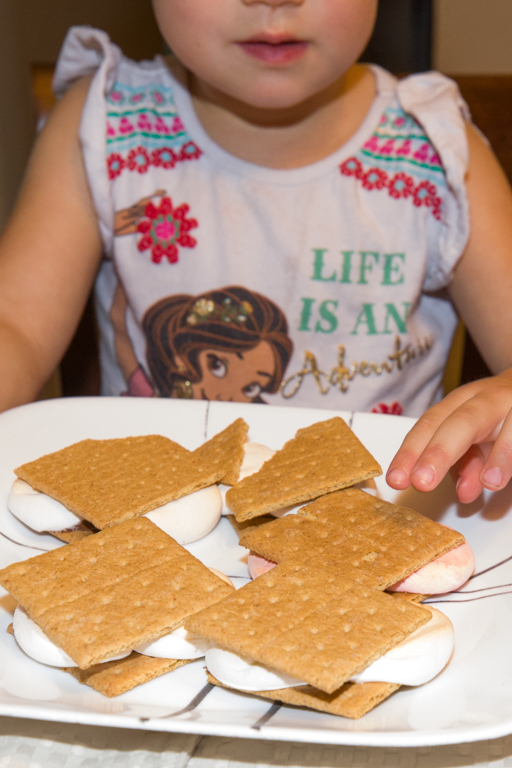 Time to eat. The regular s'mores were fantastically gooey. It's difficult to replicate that with a cookie.
The children both enjoyed the Oreo cookies more. They're much easier to eat to be sure. They do have all the elements. A graham cracker type cookie, a layer of marshmallow, and a layer of chocolate. I really wished it had just a hint of campfire smoke to go along with it, but that's probably too much to ask. 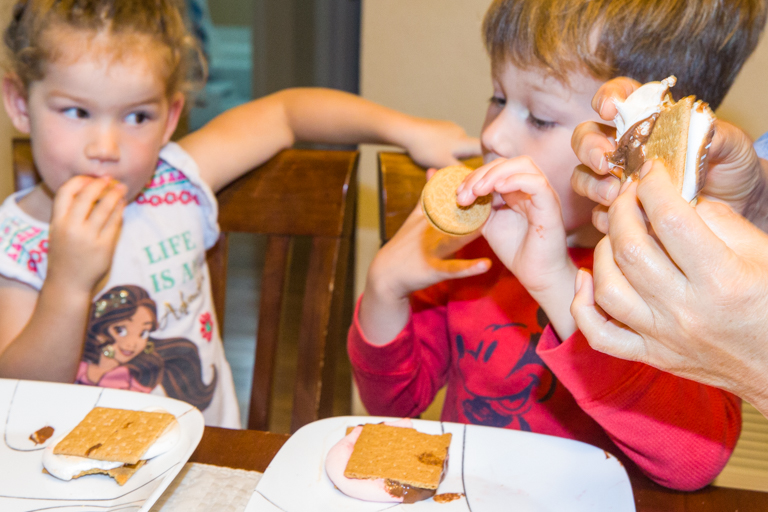 As Theresa commented, "Ain't nothing like the real thing baby", and I agree. That melty chocolate that gets everywhere and the marshmallow that sticks to your lips are tough to beat. 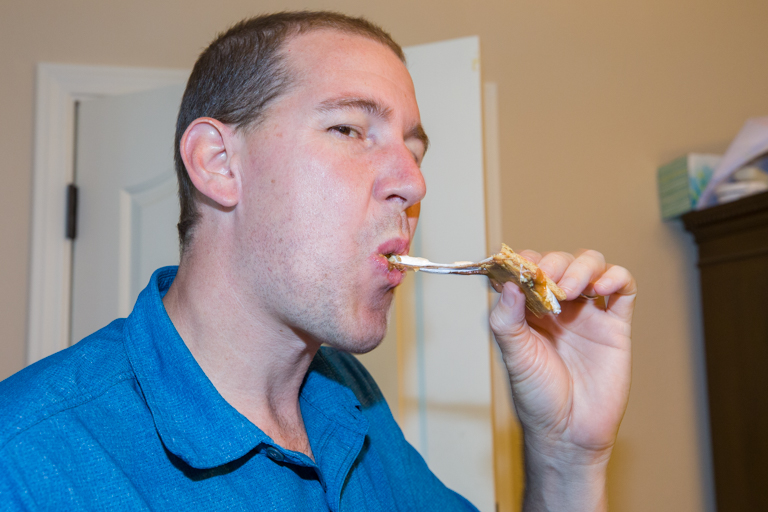 But, in the name of fairness, I did decide to take it one step further.
Since Oreo was kind enough to give us separate layers, let's try toasting the marshmallow. 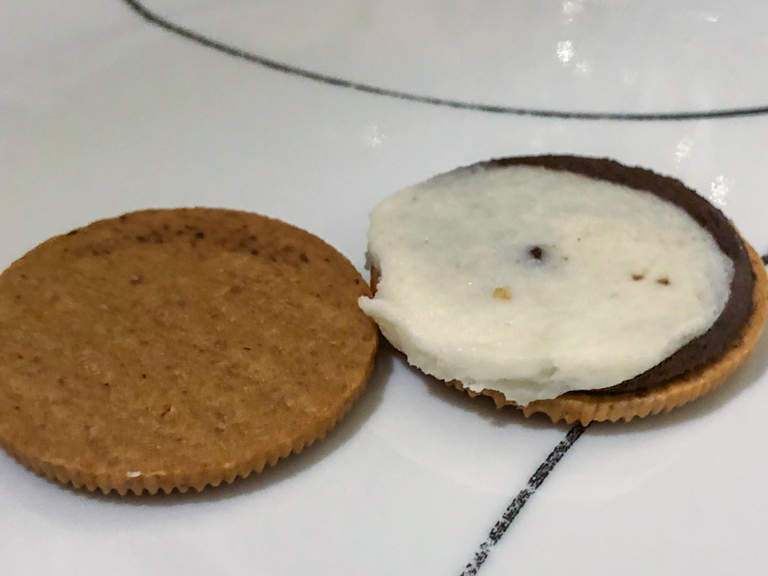 Well it doesn't look pretty. The marshmallow turned even more gooey and started sliding off the cookie. The sugar did start to crystalize, but not really caramelize. Time for the taste test.
Heating it up also had the benefit of warming up the chocolate too. The warmed S'mores Oreo was much better than the room temperature one. 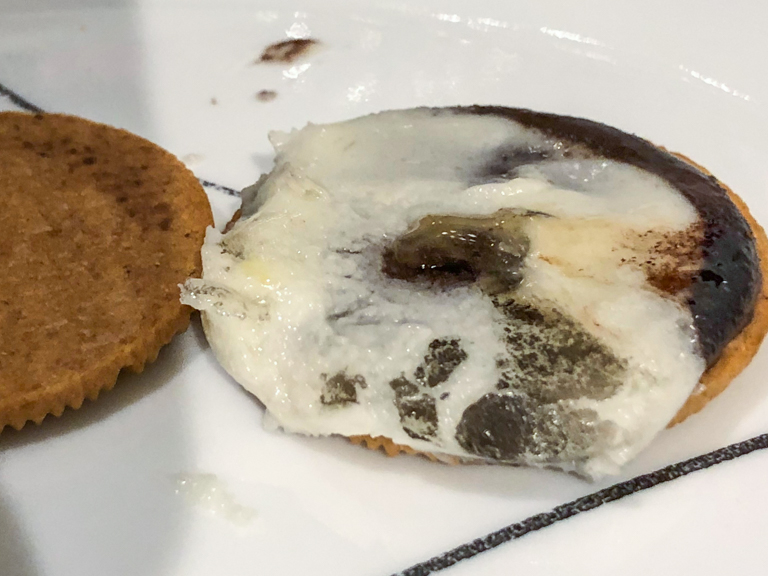 So, will you be picking up a package of S'mores Oreos while they're available? What about any of the other flavors that are coming out? I know I'm looking forward to those Maple Creme Oreos in August. Mmm. Oreo, keep doing what you're doing.
Posted by Joe at 8:51 PM