May the 4th Be With You

May the 4th Be With You today!
It's Star Wars Day and we've got to celebrate!
Our hats of course are all Star Wars themed. Theresa and I have a Wampa hat and a Yoda hat from Disneyland. Ian and Alli are wearing really cool hats from Tokyo Disneyland. Ian's got a Rebel Pilot plush hat and Alli is wearing a plush Darth Vader hat. When I set the hats out for everyone to pick, she was quick to grab Darth Vader. Why did you pick that hat Alli?
Alli - I like Darth Vader. He fights bad guys.
Um, Alli. Darth Vader is a bad guy.
Alli (shocked) - What?!? 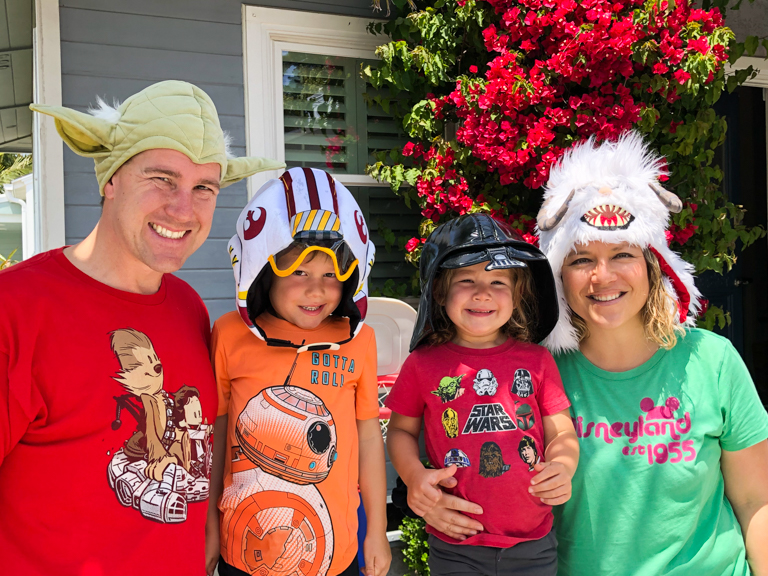 We don't just wear the hats at home; we've got errands to run this morning. I'm sure I got a few odd looks as I drove. 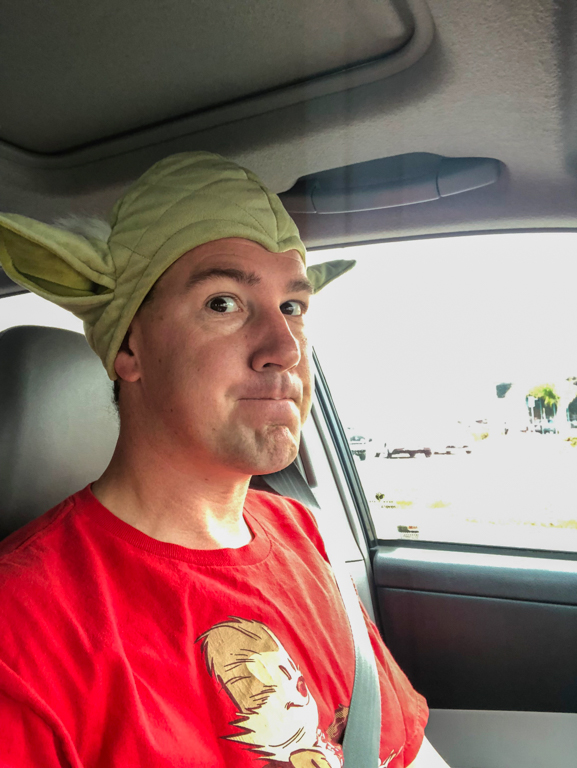 First stop is the 85C bakery. 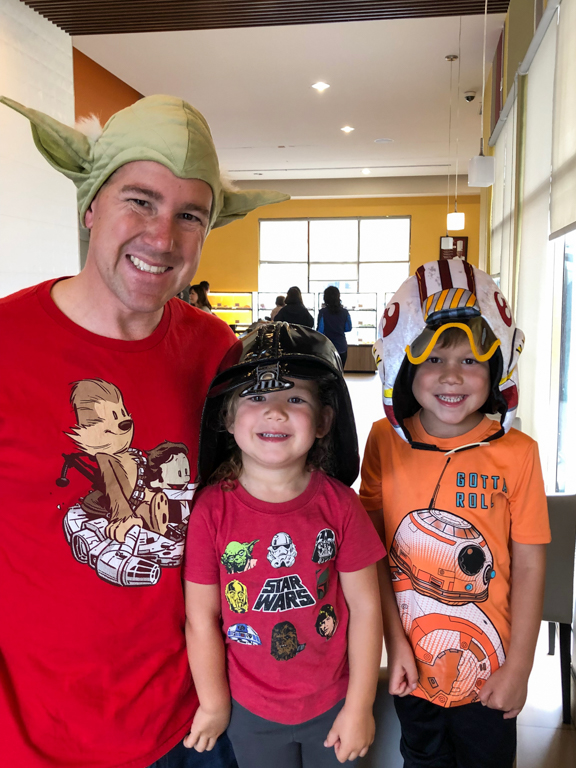 Oh, and we've got visitors from Michigan! Rita and Aubrey are here for the weekend.
We've got lots of tasty treats. 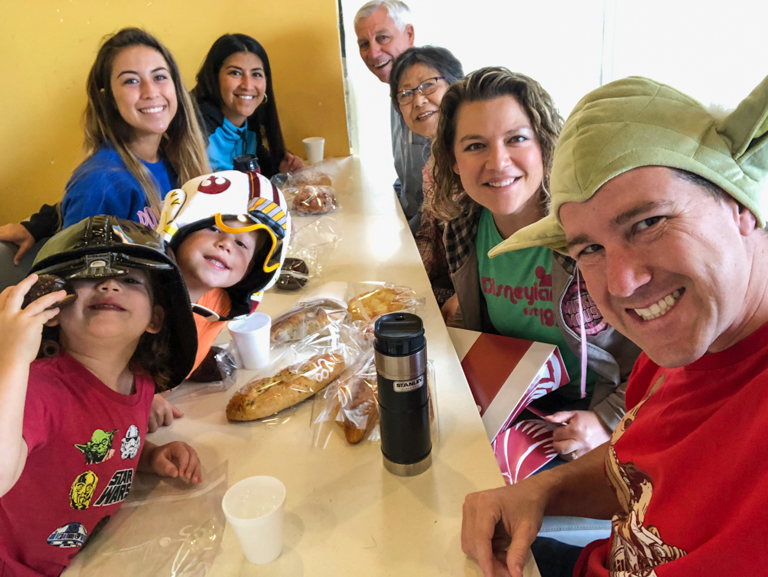 Next it was time to visit the farmer's market. 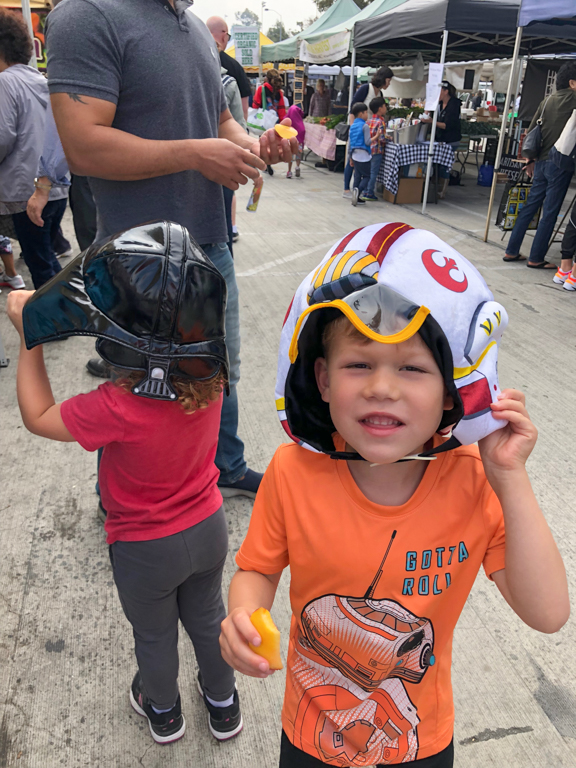 This steel drum player is here every week. Occasionally I'll hear a song I recognize. I had a $20 ready just in case he started playing any music from Star Wars, like the Star Wars Cantina song. No Star Wars songs today though. 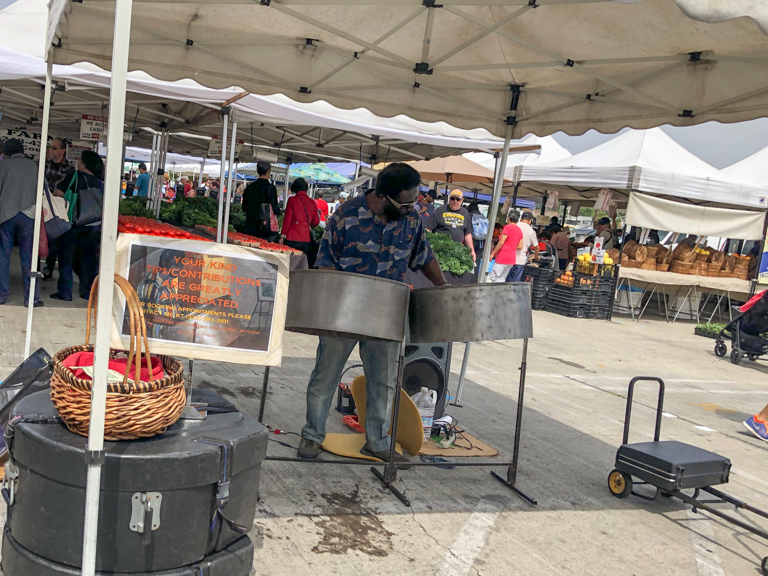 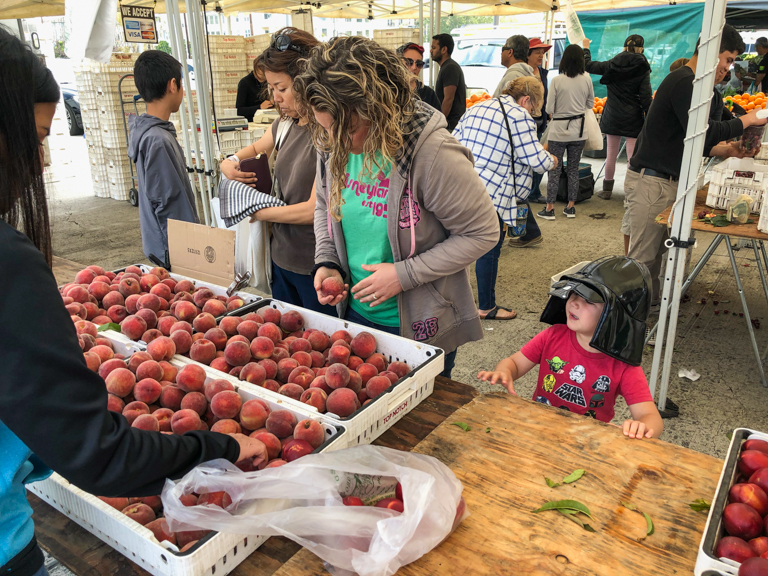 When Wampas can't find Tauntauns to eat, apparently they snack on tomatoes and cucumbers. 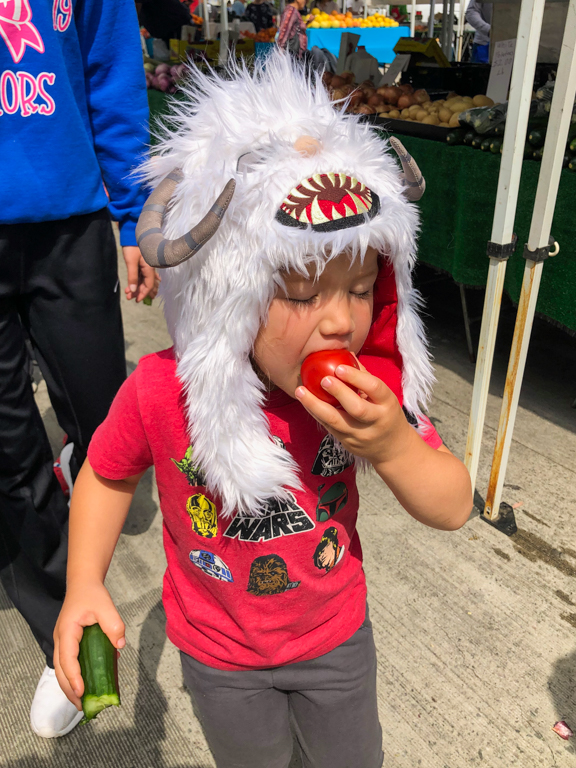 Isn't this backwards? Shouldn't Yoda be on top of Skywalker? 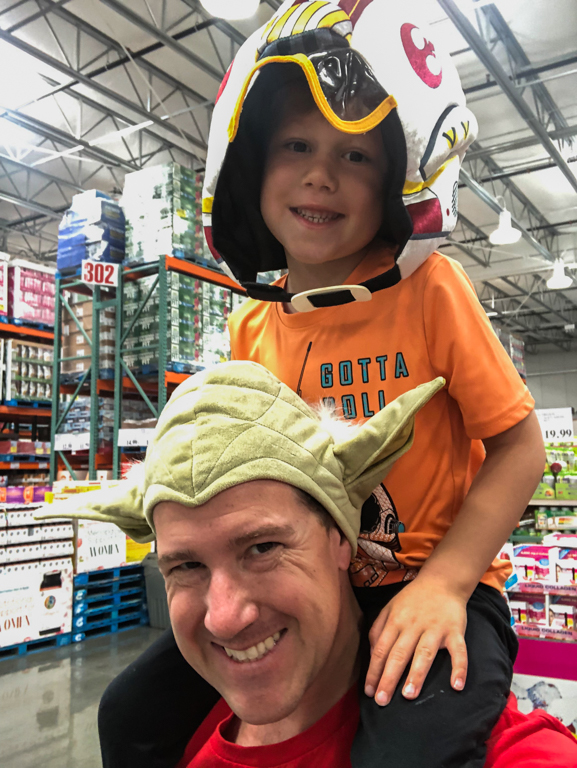 Once we got back home, Star Wars continued. Playing Lego Star Wars on the TV. 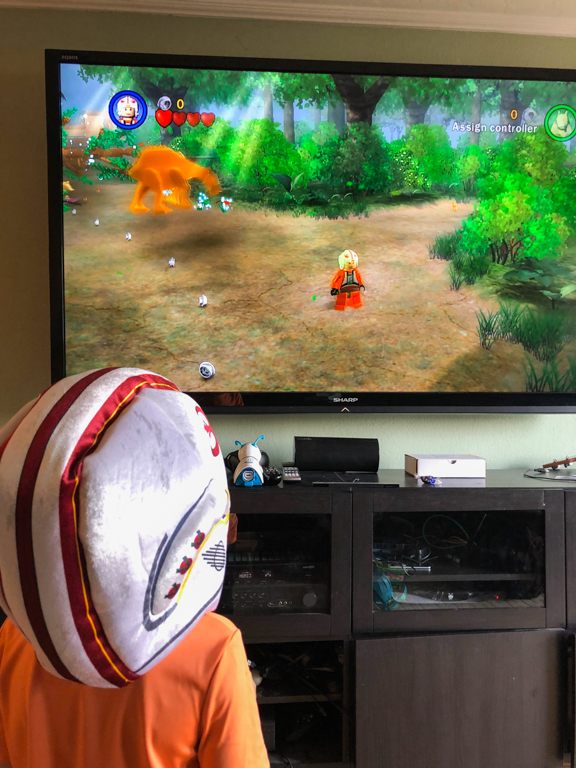 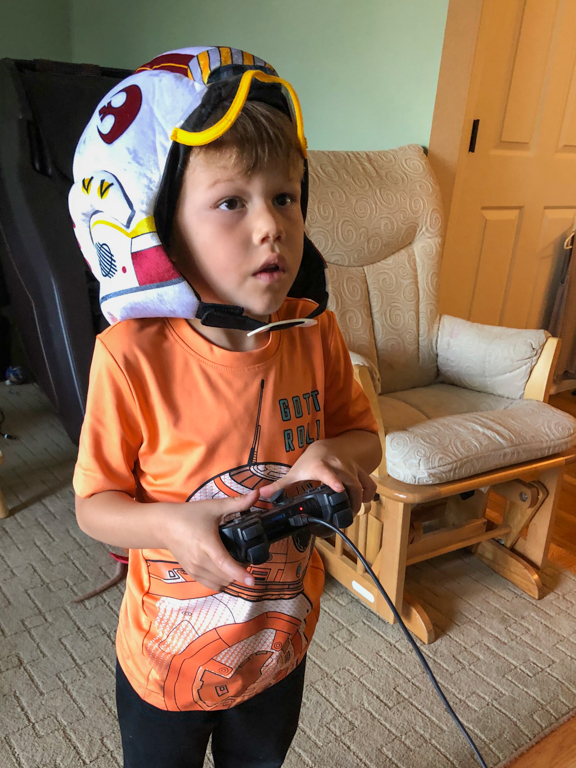 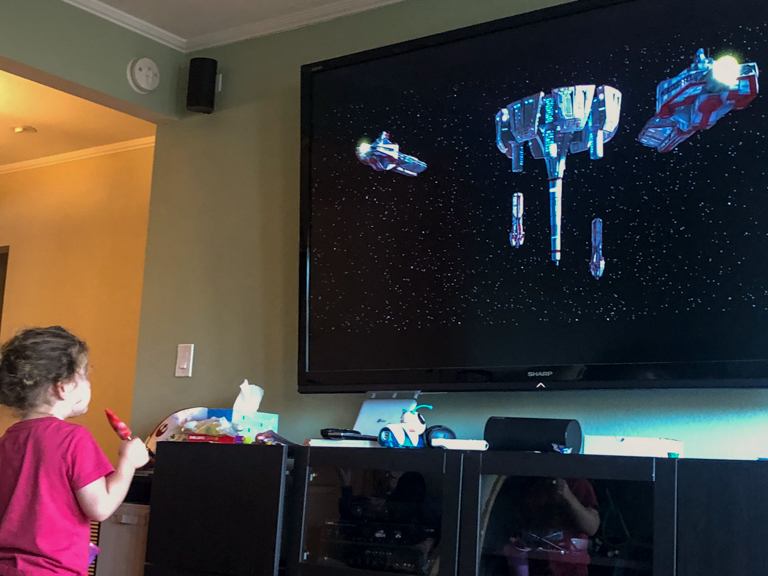 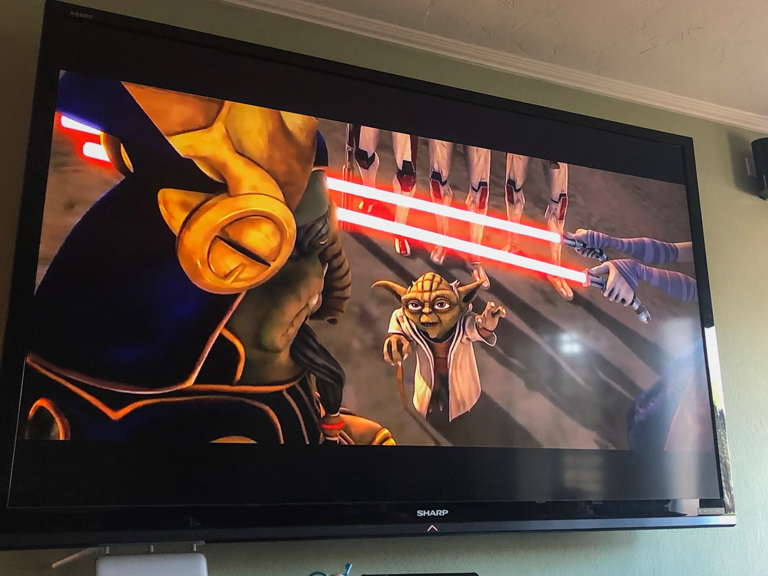 There's not that many Star Wars songs around, but we enjoy the few that do exist.