A few months ago, I made 85C breads at home, but I wasn't quite satisfied with how the sweet cream cheese bread turned out. Today I'm going to follow another recipe and try to remedy that. This is 85C cheese bread take 2. 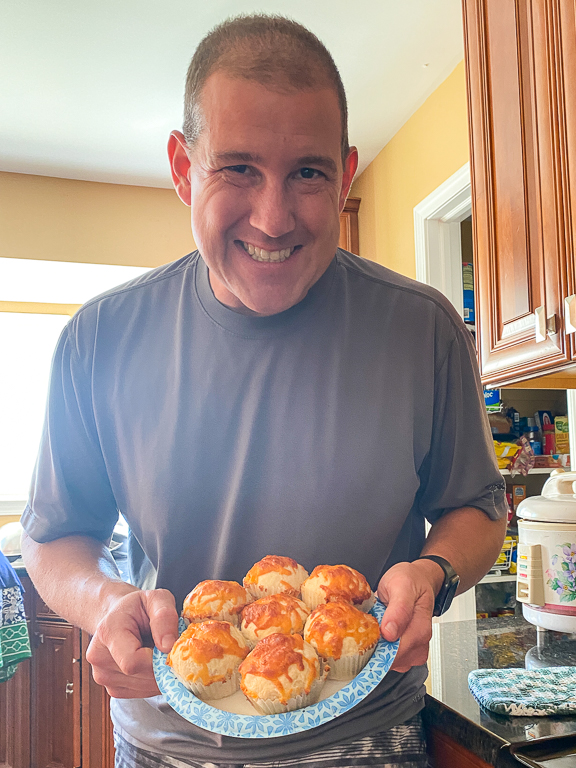 I had previously used a milk bread recipe and this is something similar. This time from beachloverkitchen.com for Cream Cheese Buns. It uses a Tangzhong starter, which is really just flour and water boiler, which gives it a starchy gel consistency. 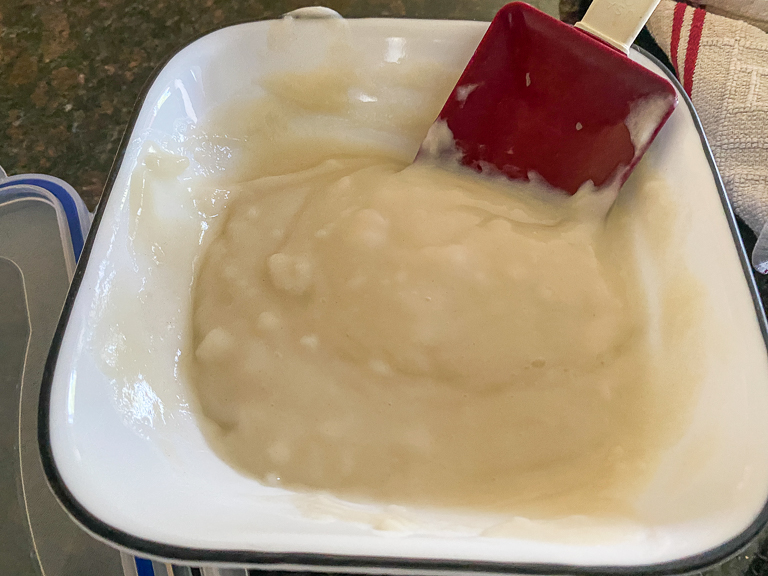 That gets mixed into the rest of the ingredients, including milk and a lot of butter. There's going to be a lot of fat in this dough. 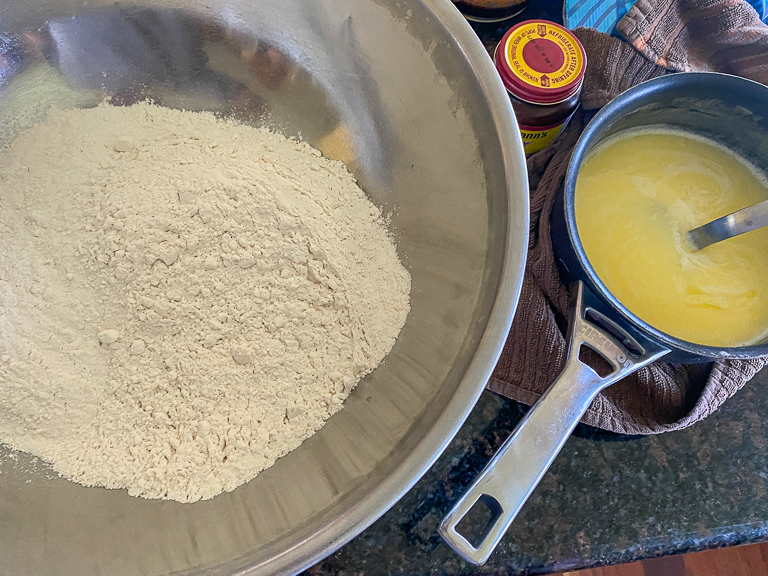 We're in Michigan visiting family and I don't have a mixer, so this is all going to be done by hand. 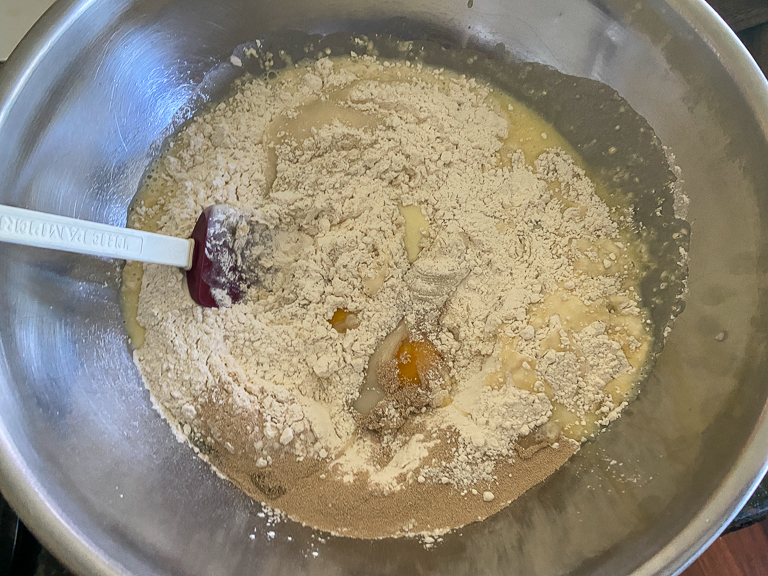 After 10 minutes of kneading, my dough is ready to rise. 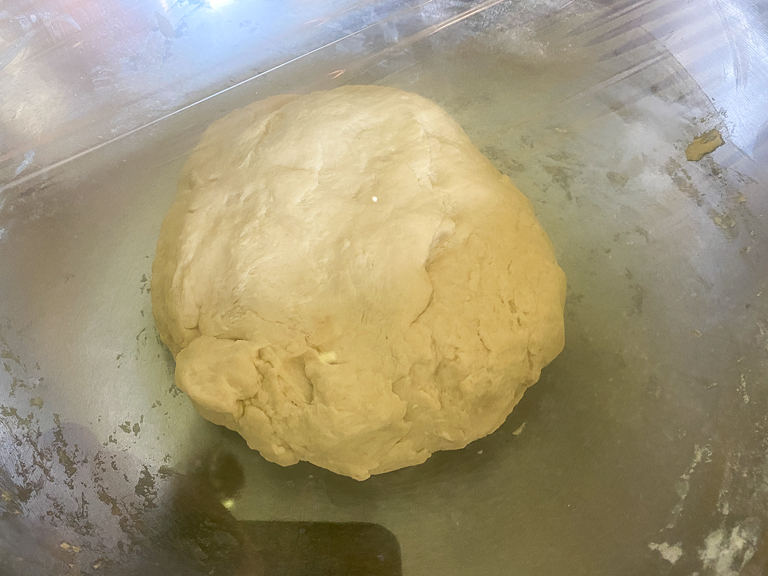 One of my biggest complaints from the previous version was the cream cheese filling. It was mixed with flour and an egg. In the end, it had more of a dough texture compared to a cream cheese texture. This time, I'm only using powdered sugar and cream cheese. 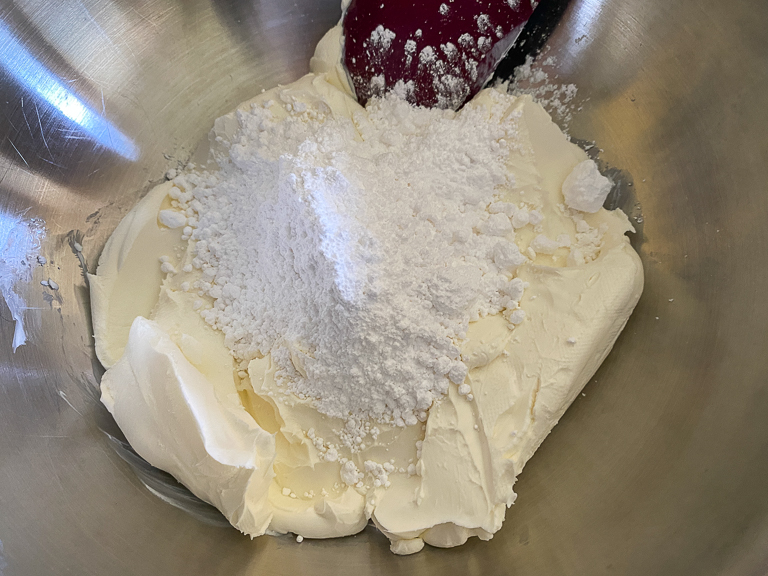 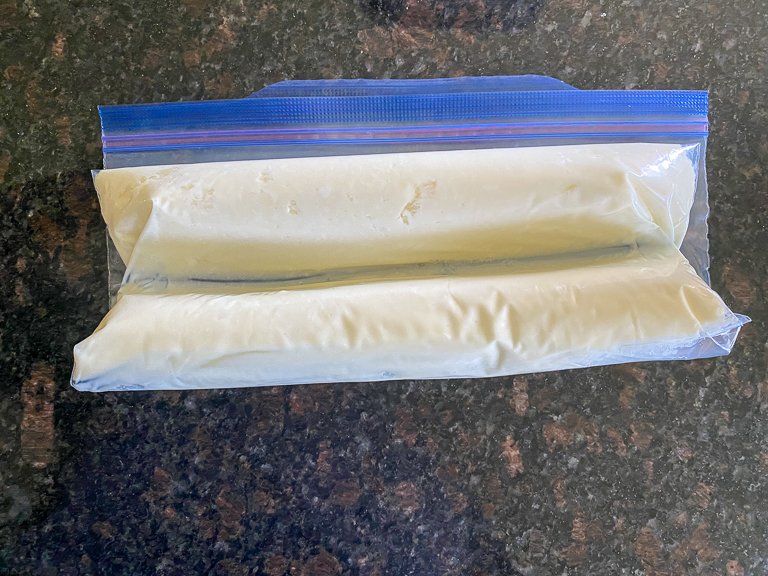 I divided the dough into 55g pieces, ultimately getting 30 buns. 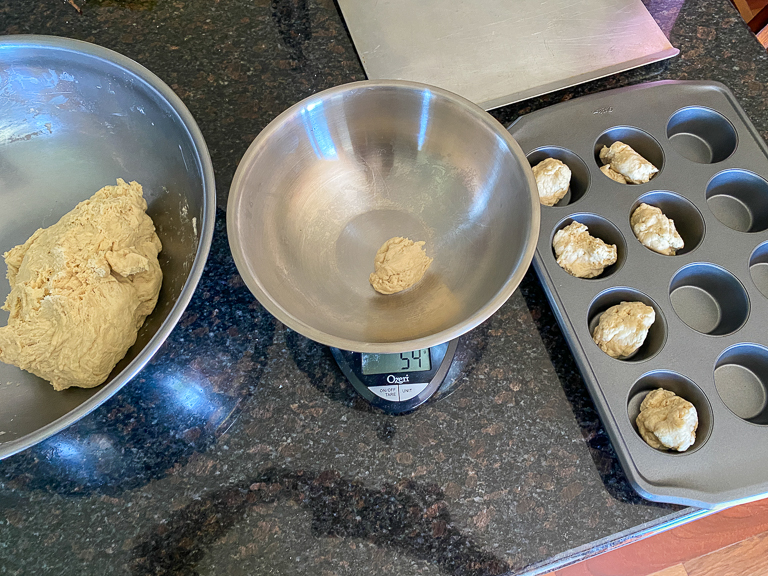 I flattened the dough and measured nearly 20 grams of cream cheese to put into the middle. It was much easier working with stiff cream cheese this time. 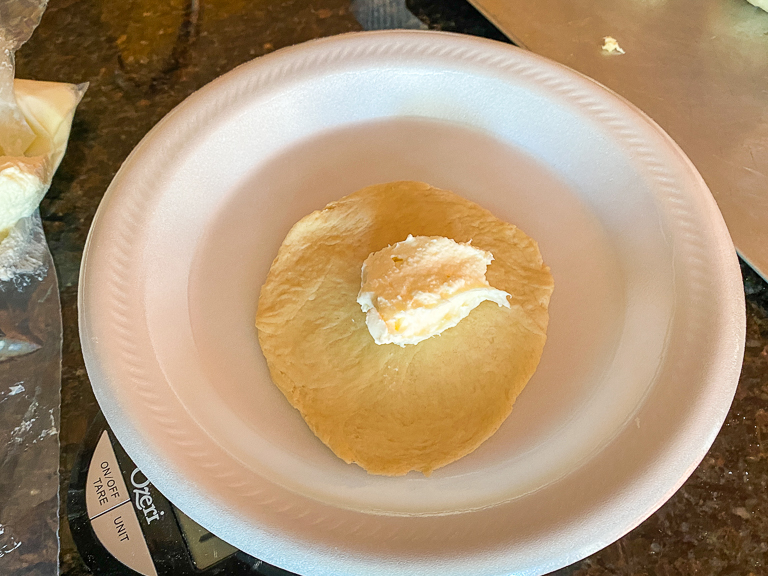 After rising for 30 minutes, I brushed melted butter over the tops. 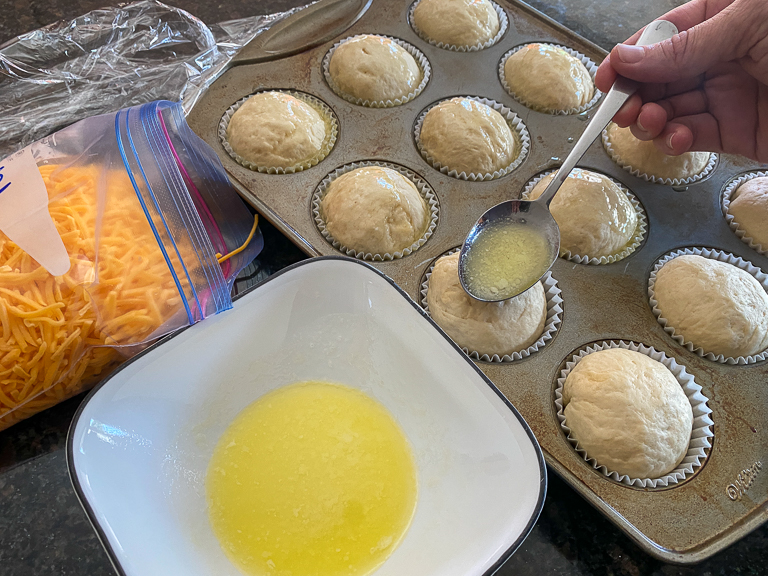 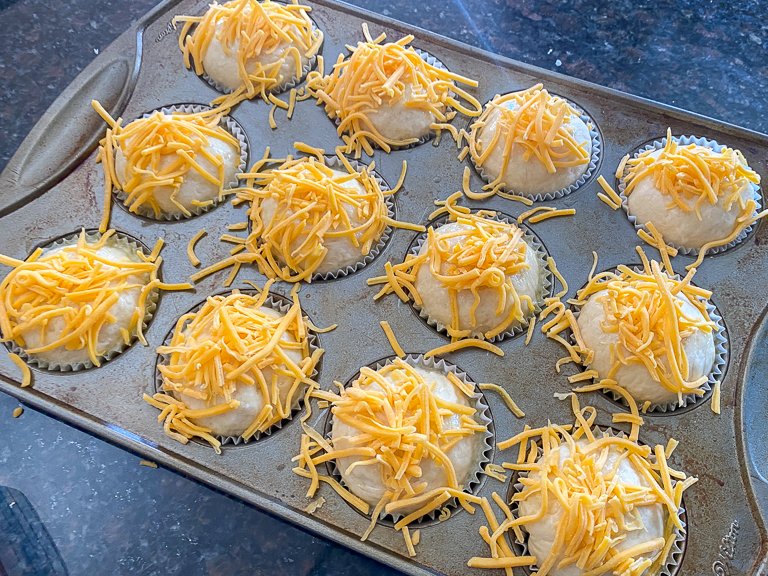 Ian was missing the "crunchy bits" last time, so I made sure to get some this time. 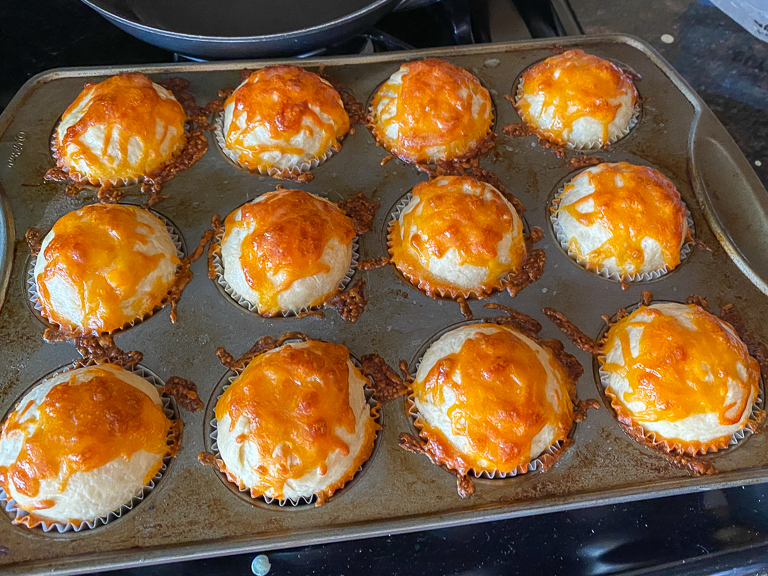 These were soft and fluffy for the bread, but what about the filling? 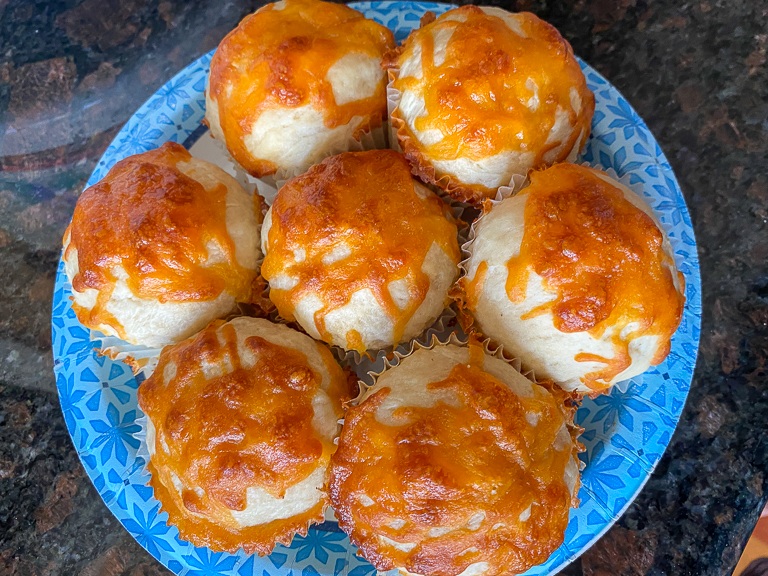 Oh yeah! That's the filling I'm looking for. Much better than before. They received praise from everyone who tried them, and being in Michigan and far away from 85C, these were a good substitute! 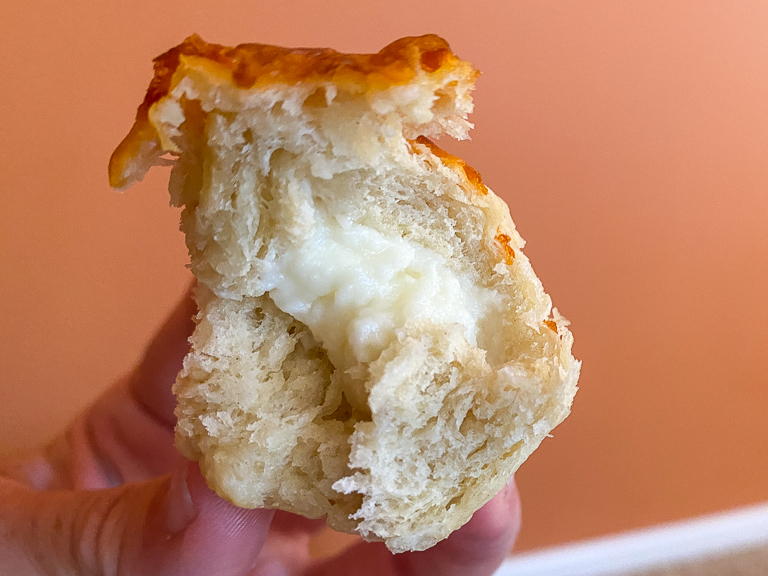