Part of Ian's online schooling involves some Carnival style games, so one afternoon, Ian and Alli decided they were going to make a carnival for everyone! Gram's basement has lots of stuff in it. 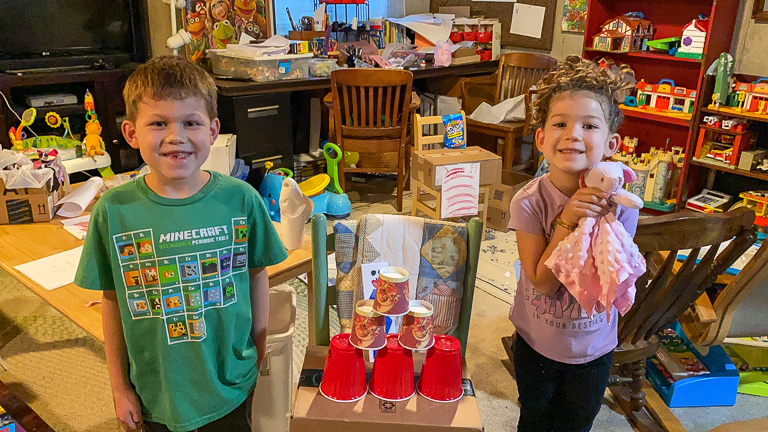 You know, I remember once upon a time there was another group of kids who thought it would be fun to make a carnival at home...
"Welcome to Our Carnival" "There are games and rides and beautiful scenery" "Opens at 11:02"
Hey, that's me! (Thanks Mom for all of the pictures!) 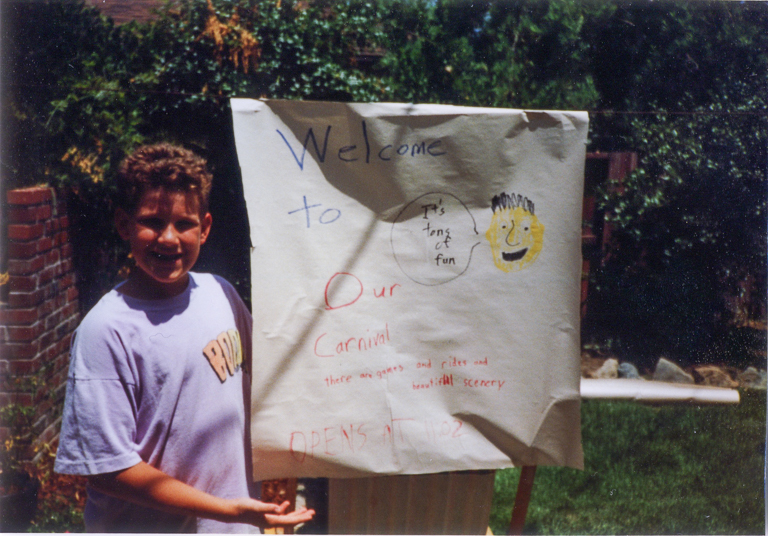 And there's Jon! It's a quarter toss game! 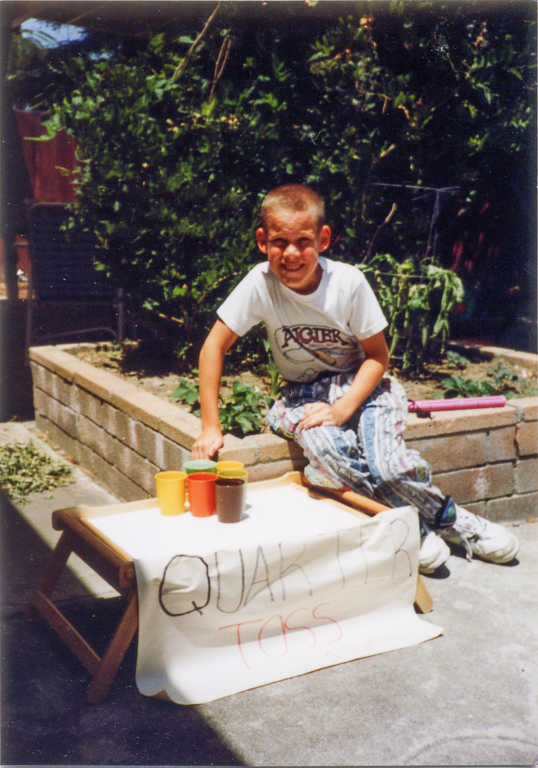 And Patrick with a bowling game. I think he's about as old as Alli is right now. 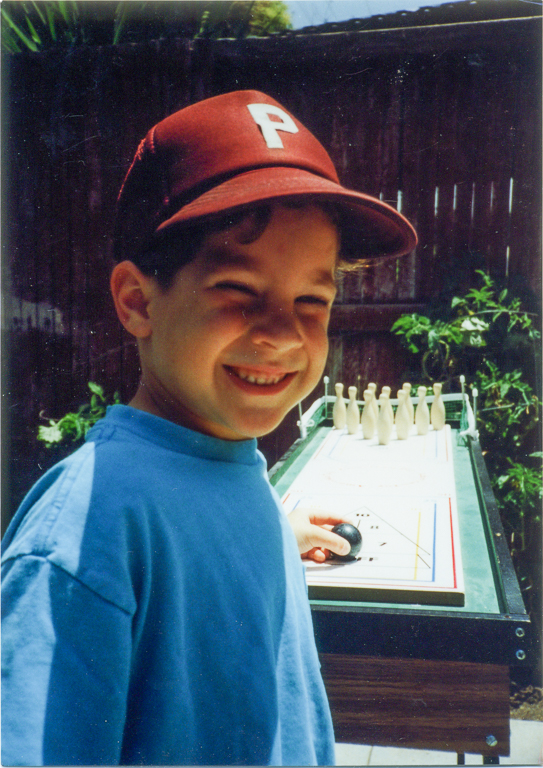 And even cousin Sharon with a ball toss game! 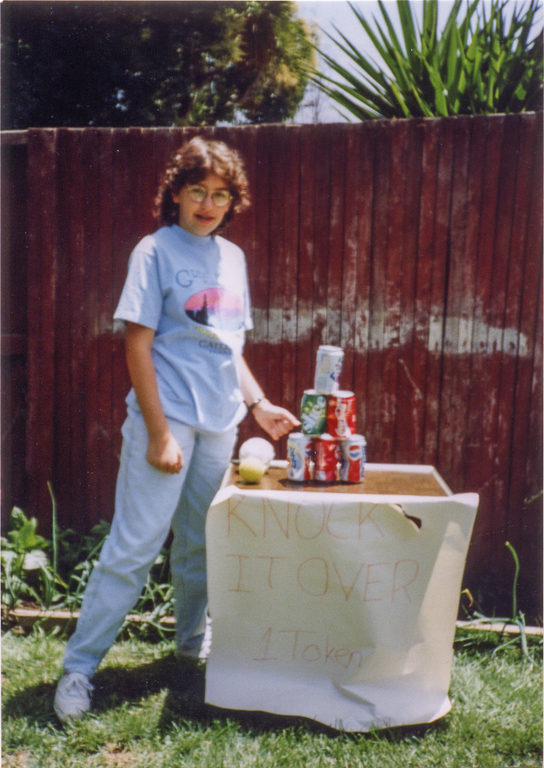 And of course there's a prize table! 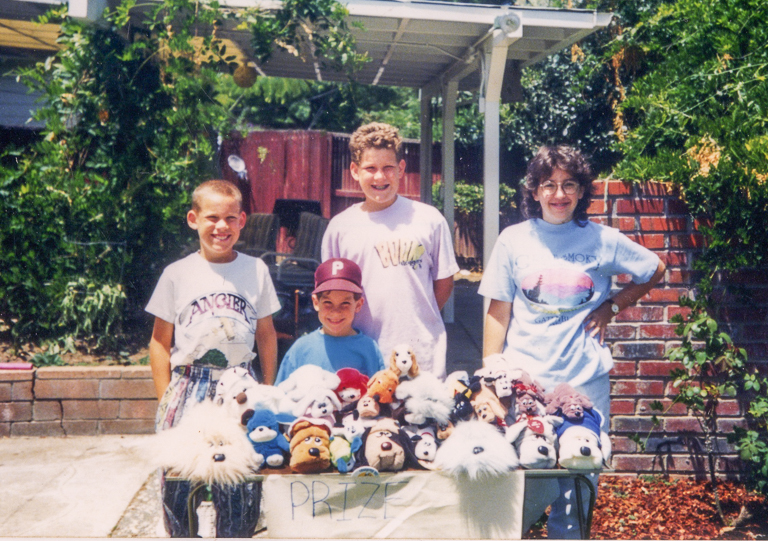 Ian and Alli knew nothing about all that though. They had their own idea of what they wanted to put together and got to work.
They wanted to make sure there was food, so they made this Snak Shak. 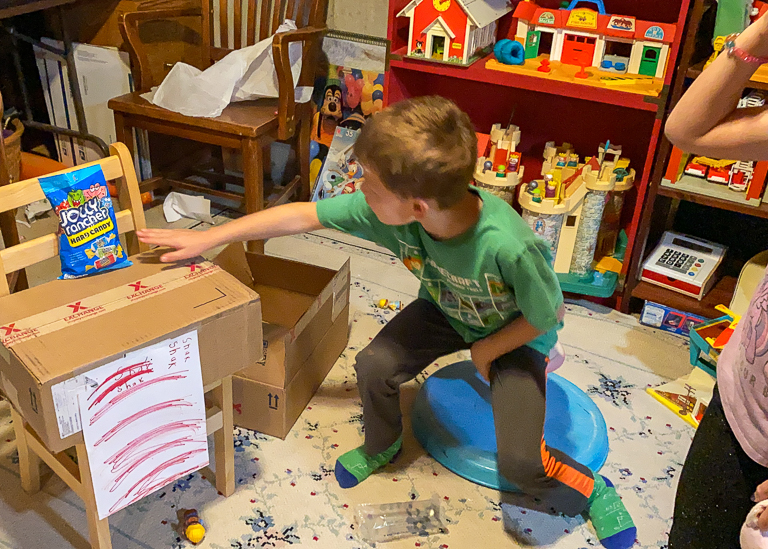 There's a ring toss game, where Ian made the post and the rings. I love their creativity! 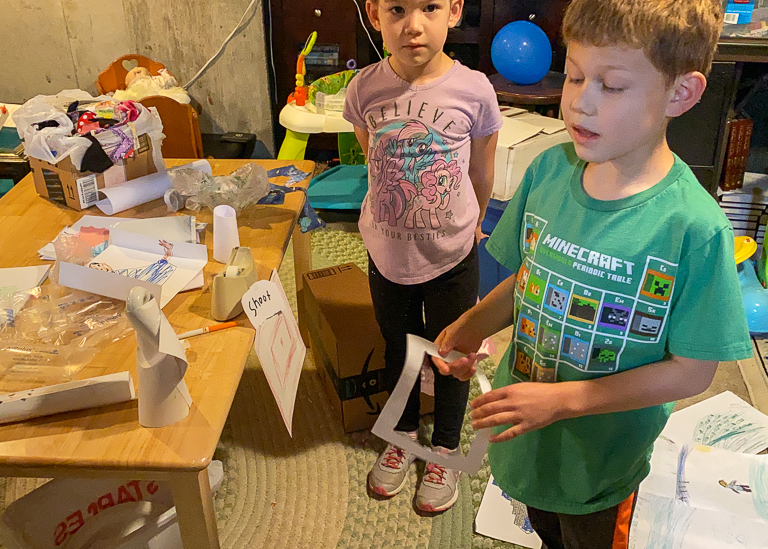 Knock down the cups and win a prize! 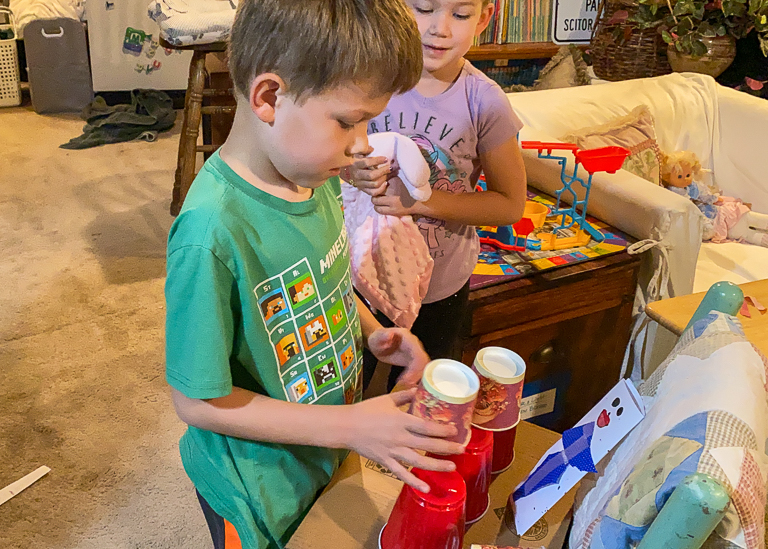 There's a line on the ground that you have to stand behind, plus a homemade projectile. 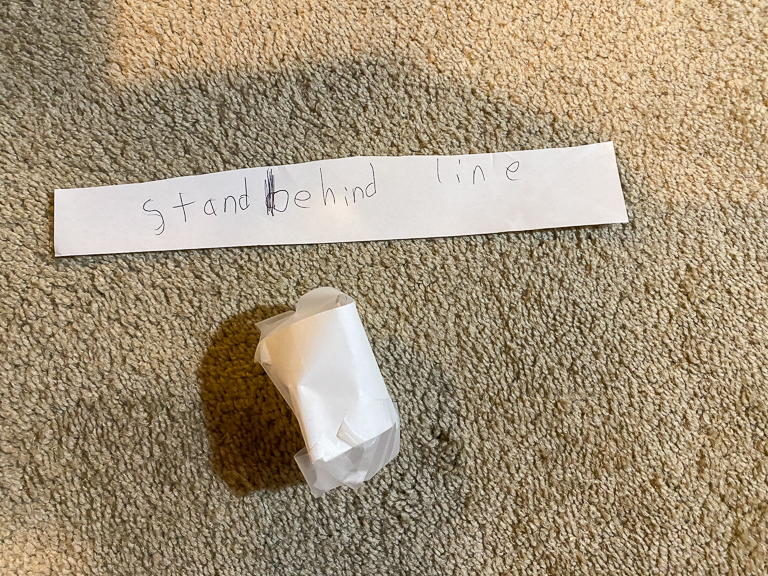 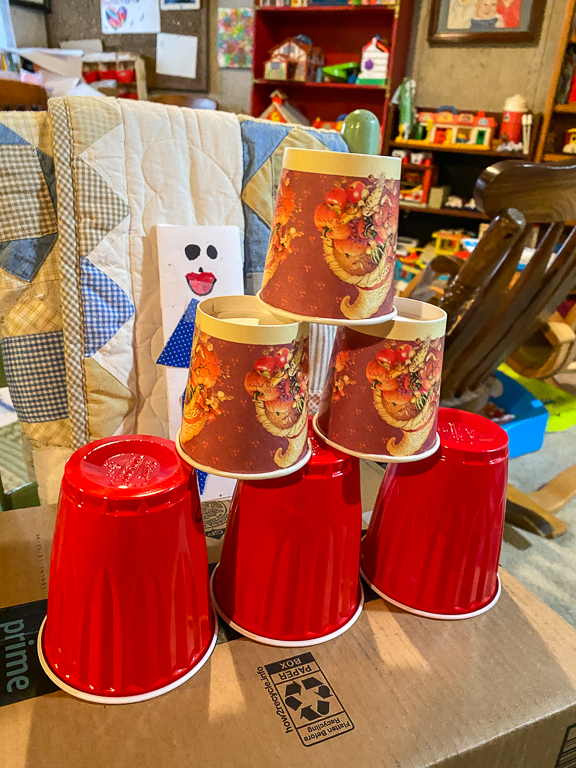 I played and I won a prize! Next it was Theresa's turn to toss a ring. 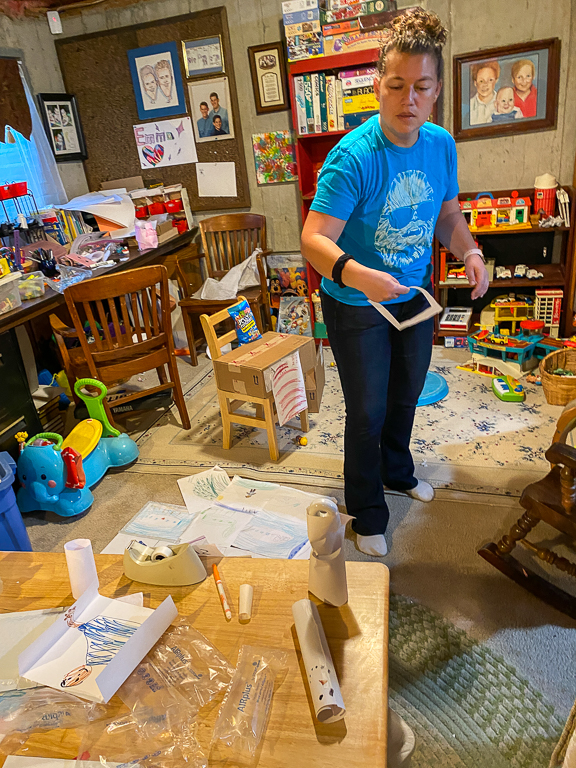 This one was pretty difficult. The ring was square instead of round, and it didn't fly too straight. 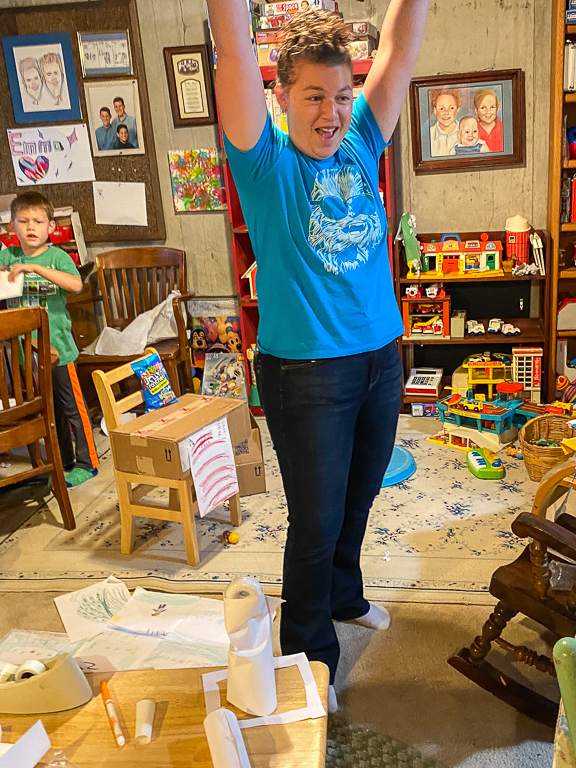 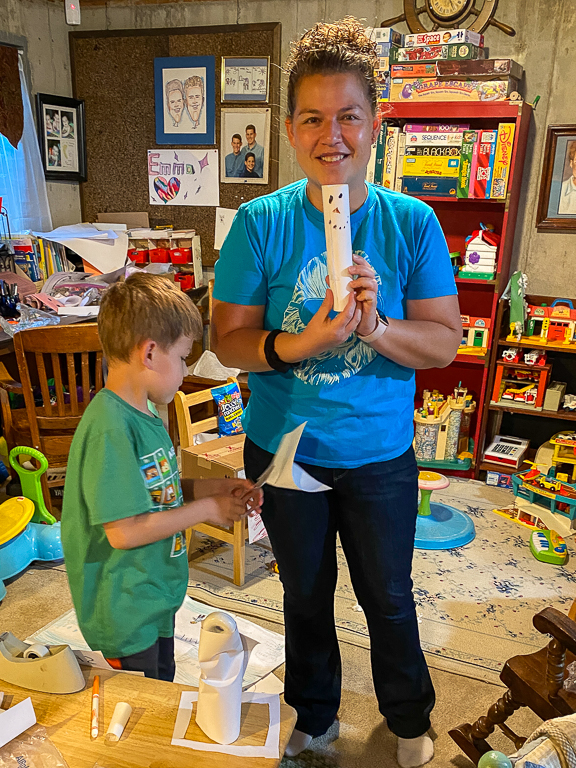 Gram played something similar to a dart game. 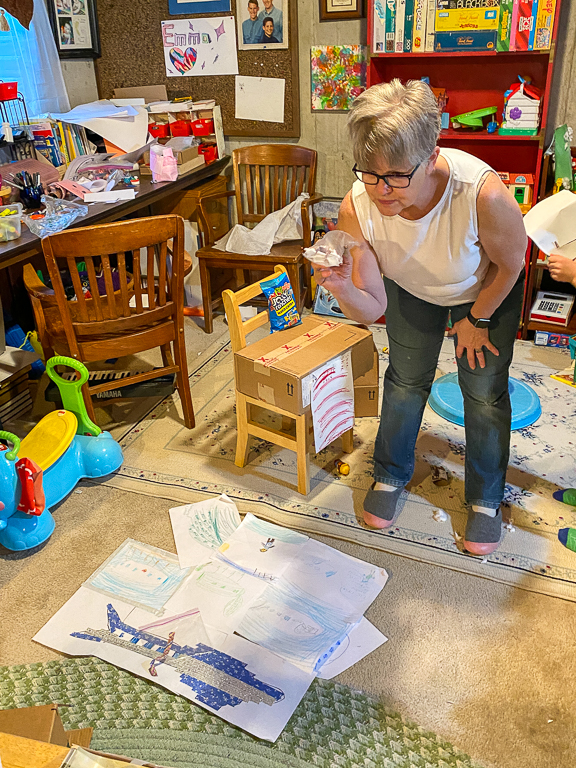 They made a target to aim at. Then they took these air protection packages and put tape on the end. You have to shoot it at the target and get it to stick. 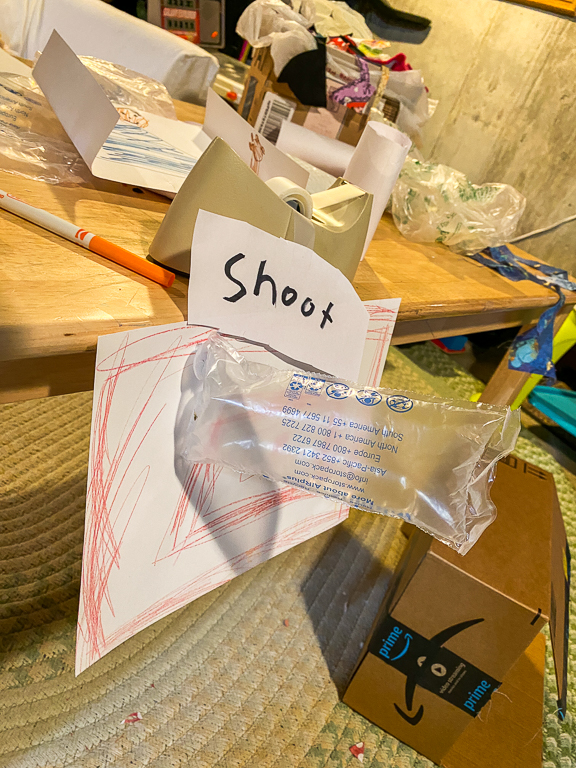 And then you win a prize! 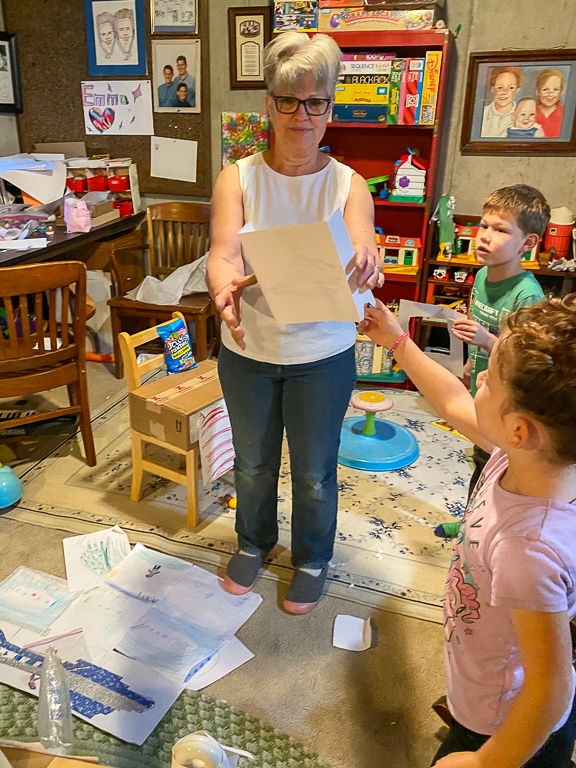 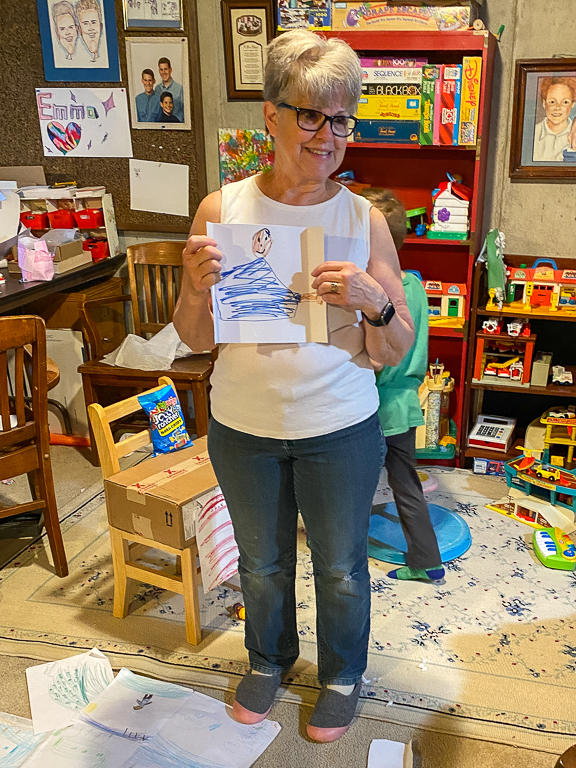 For their last item, Ian really wanted to make a "Face Fresher". He came up with that name himself. We weren't exactly sure what it was supposed to be. 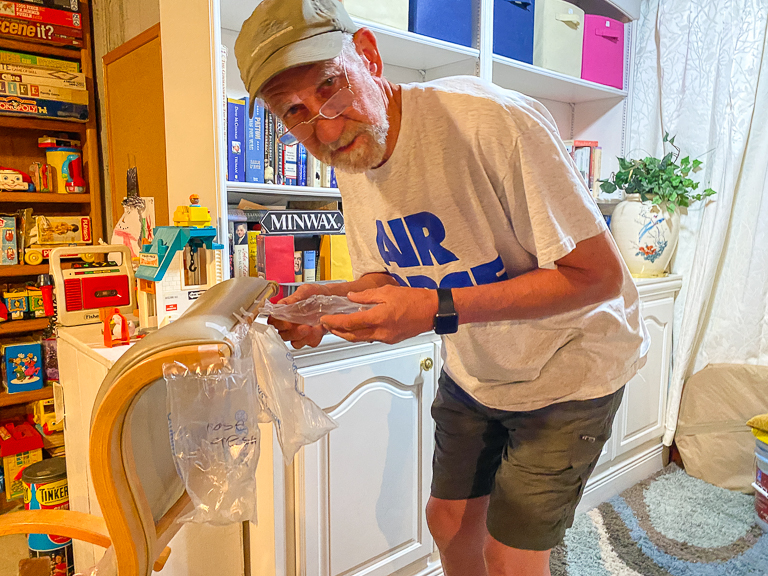 Using the same air packages, he taped them onto a stand, poked holes in them, and then you squeeze it and get a refreshing puff of air. 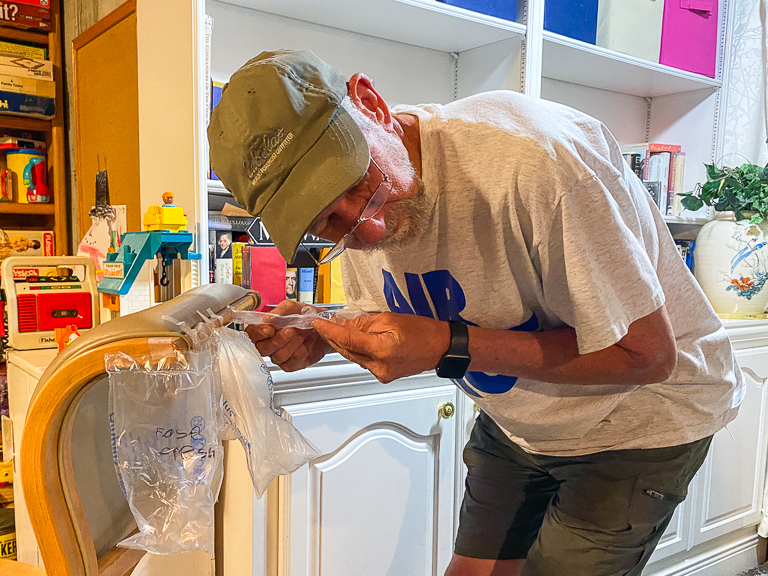 I love your creativity Ian and Alli! Thanks for the carnival! 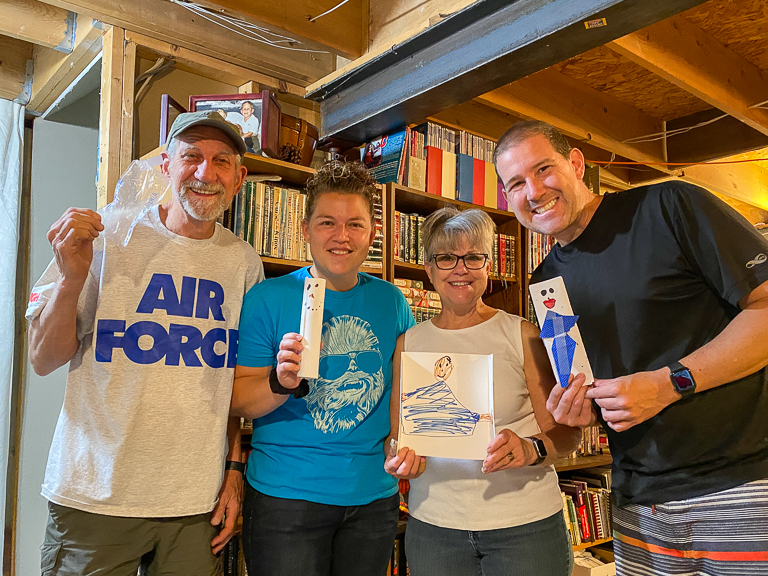 That was a really fun look at Ian and Alli's carnival, plus a fun time remembering something we did as kids so long ago.
Posted by Joe at 3:00 PM