What's this? A new Cinnamon Toast Crunch cereal? Chocolate Churros huh? Well you know what we're going to do, right?

For Chocolate Toast Crunch, similarly, I made a loaf of chocolate bread, toasted it, and dusted it with cinnamon and sugar.

For French Toast Crunch, you guessed it, I made a brioche and we had french toast to eat along with it.

And when General Mills came out with Cinnamon Toast Crunch Churros, the kids and I made homemade churros for the very first time to try together with it. 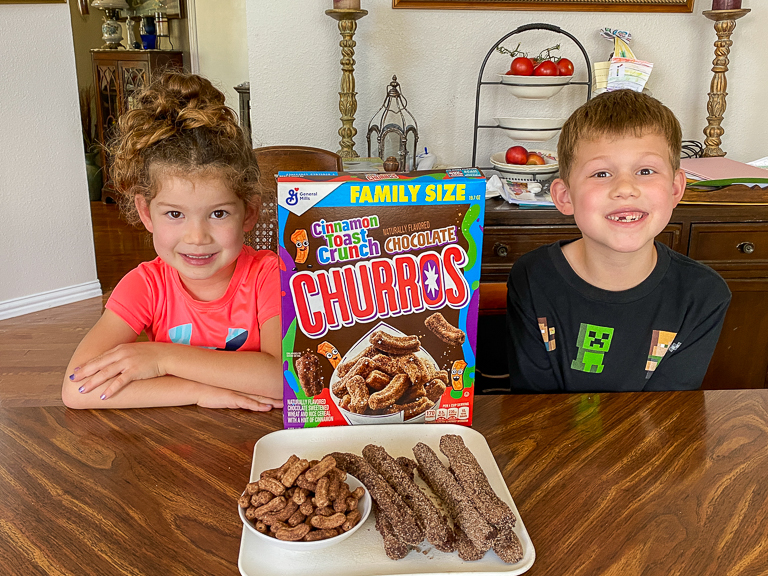 And so of course when I saw that these brand new Cinnamon Toast Crunch Chocolate Churros existed, I had to pick up a box, and I knew that we'd be making some chocolate churros to go along with them! 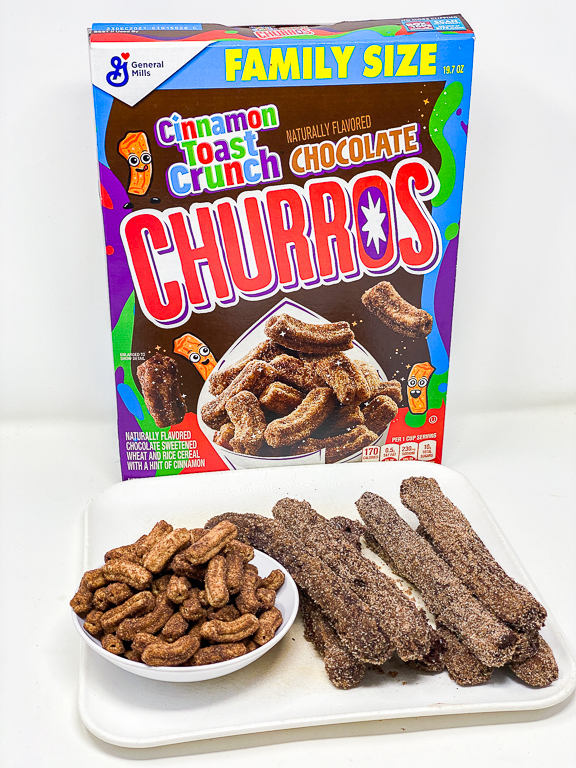 Surprisingly, chocolate churros is not a thing that many people have recipes for. There's lots of suggestions for chocolate sauce to dip churros into, but not many with actual chocolate dough.
I decided to try the recipe from magicaltreatsathome.com for their Chocolate Churros. Checking the recipe ingredients, yep, I keep all these things in stock in my pantry. 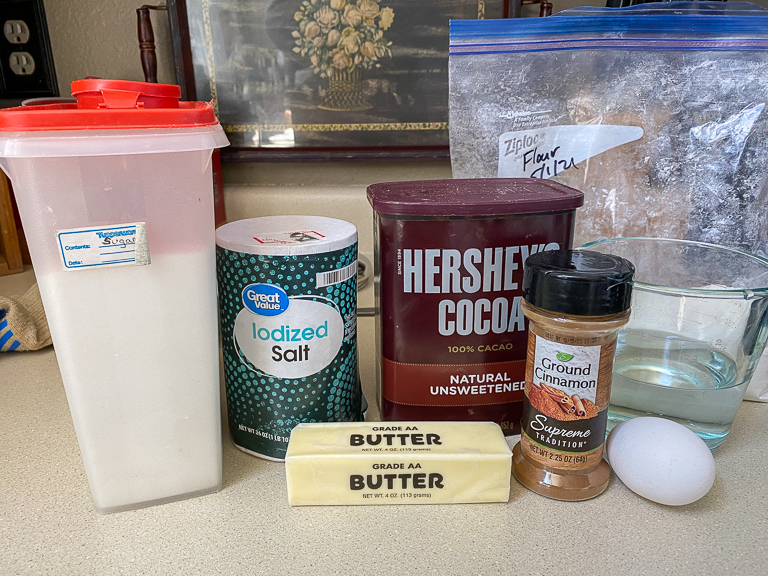 After sifting all the ingredients into a pan, it cooked on the stovetop briefly. 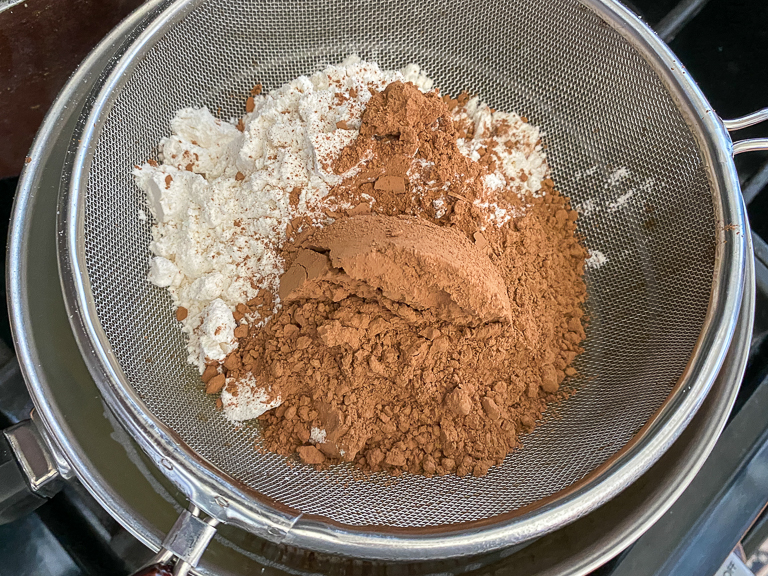 Then after cooling, I mixed an egg into it. 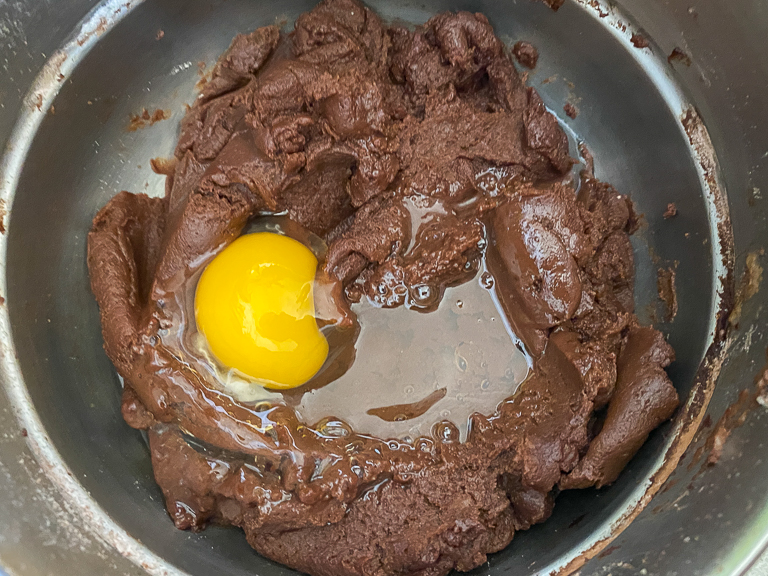 This dough is going to chill out in the fridge for a while. 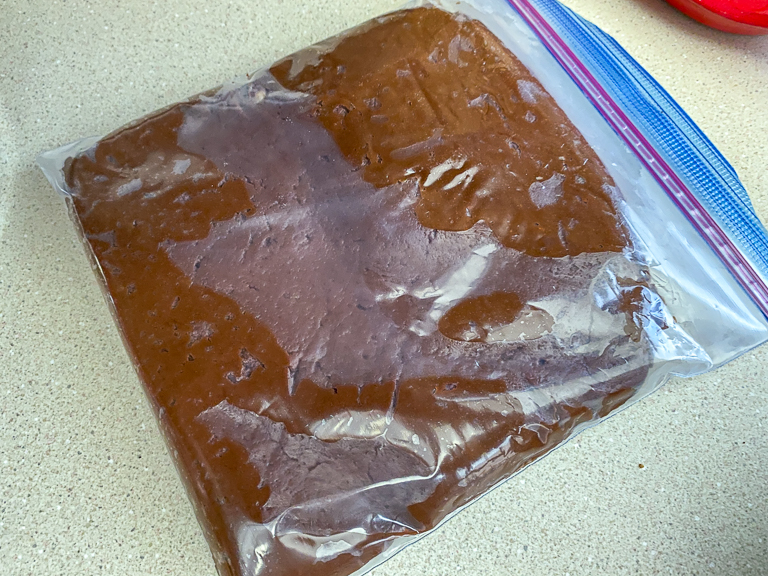 When I was ready to do the taste test, I found a great piping bag and tip. Thanks Mom! This is the perfect size for a churro! 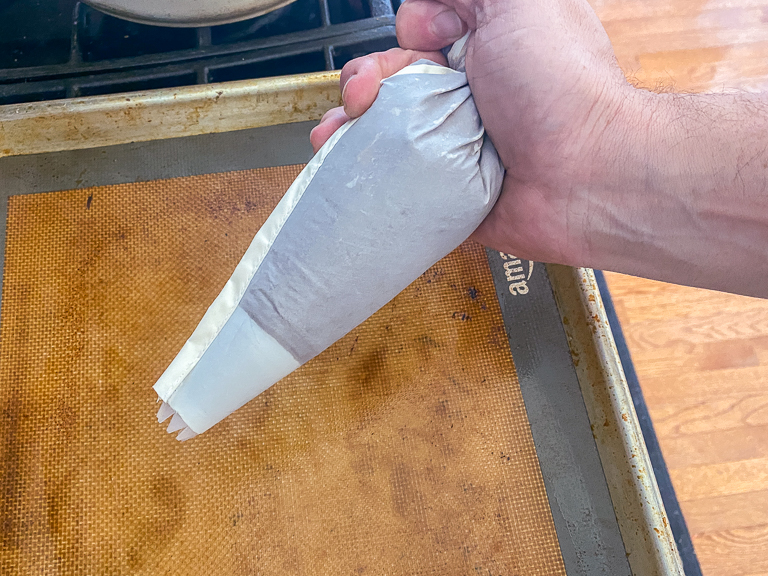 The recipe suggested these could either be baked or fried.
Why not try both? 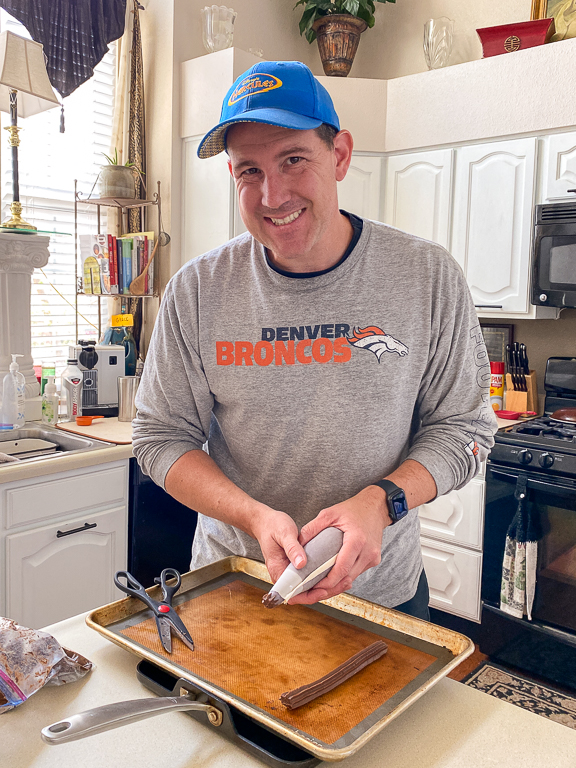 I piped a few rows of churro dough onto my baking sheet and tossed them into a 425F oven for 25 minutes. 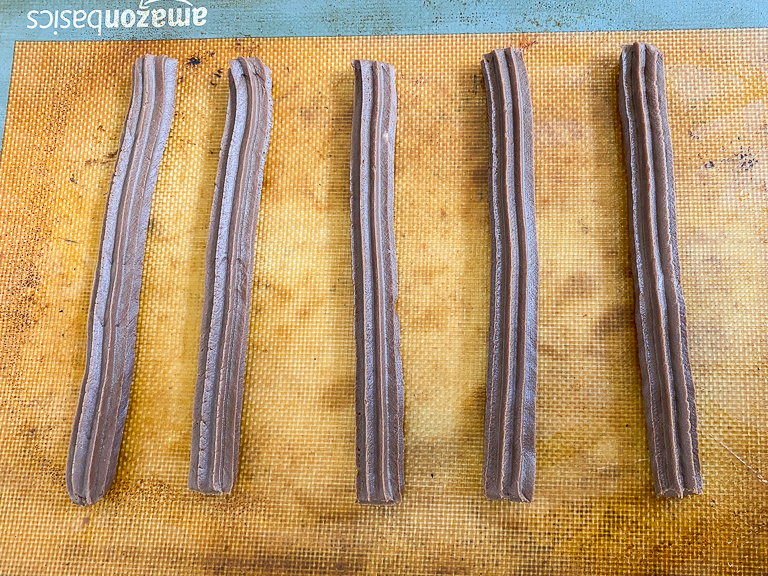 Meanwhile, my oil has come up to temperature and it's time for my fried churros to go in. 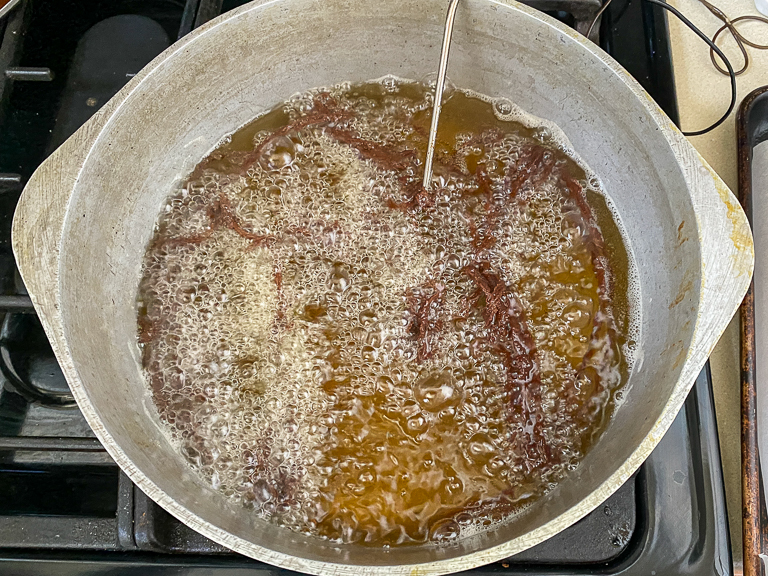 I have no idea what happened with these first ones. The edges have all decided to come off the center body while they were frying. Theresa said they looked like something out of Stranger Things. She also suggested I call them Groot Sticks. The ones that I made after these didn't have this problem. These certain were odd ones. 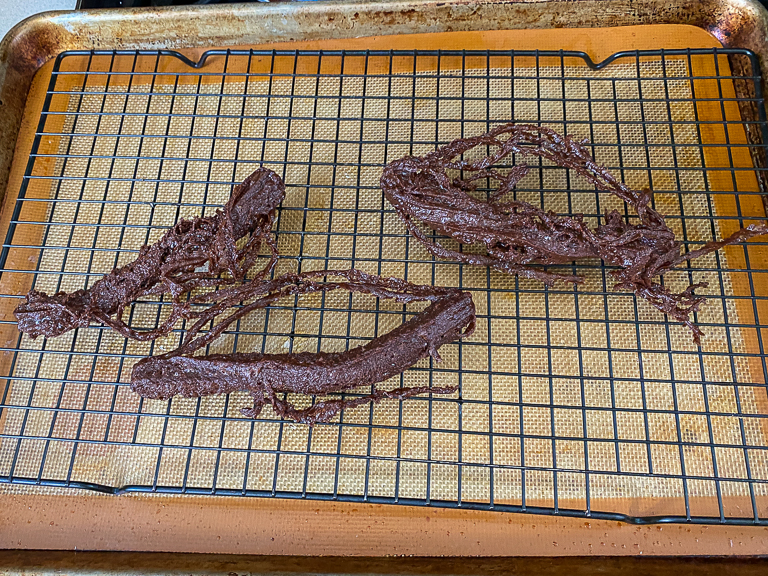 My baked churros started out the correct shape, but they've flattened considerably. 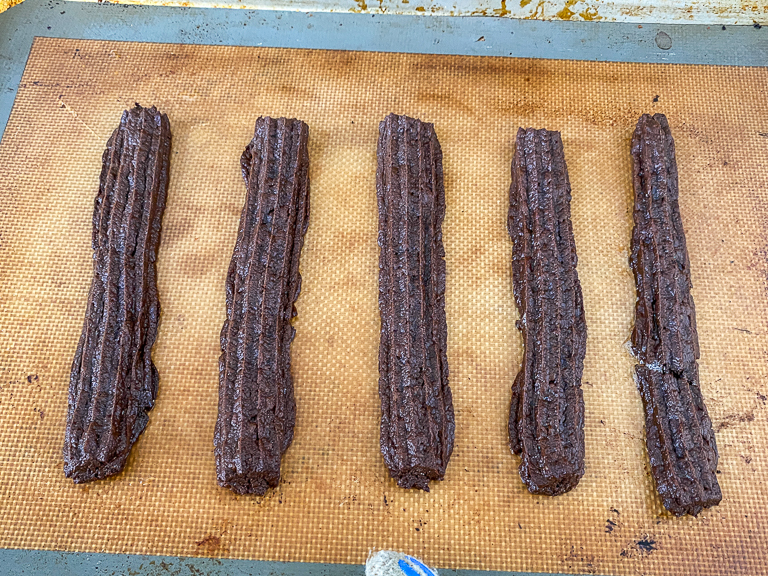 These wouldn't be churros without that sugary coating on the outside. For this we're using granulated sugar, cinnamon, and Nesquik chocolate milk mix. 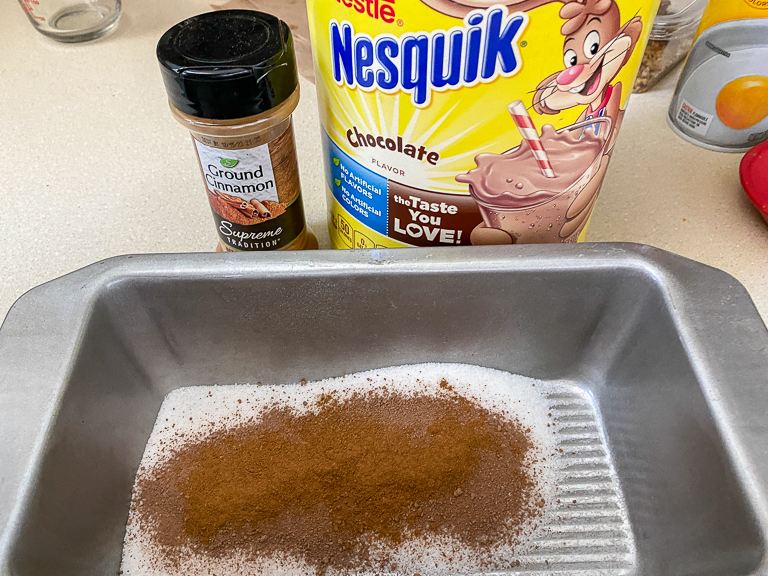 Getting back to the packaging of the Cinnamon Toast Crunch Chocolate Churros, the back of the box is very colorful, but it doesn't have any games on it. 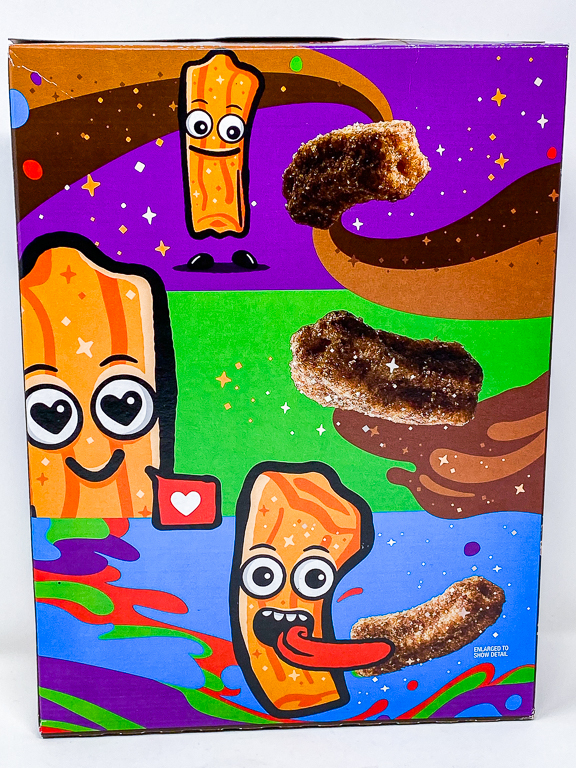 Just like the Crazy Squares mascots, the Churros seem to have their own Crazy Squad. 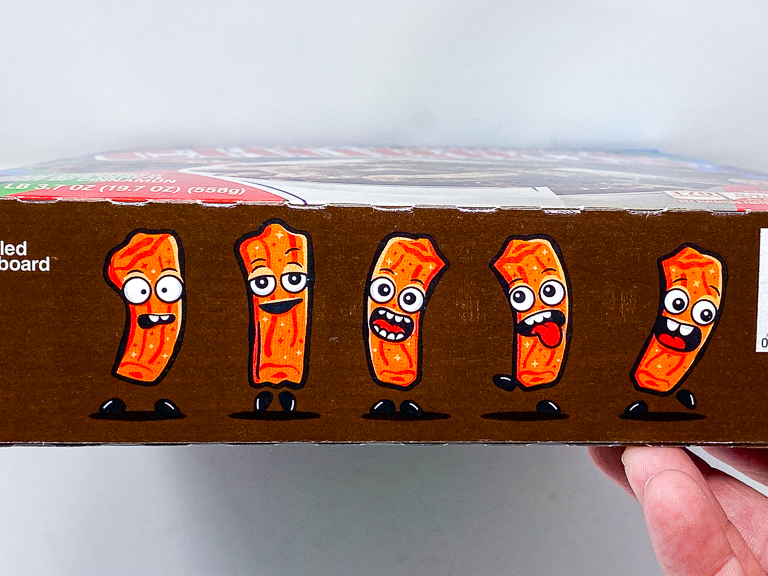 The Churros are a little darker and look more chocolatey than the previous Churros cereal. 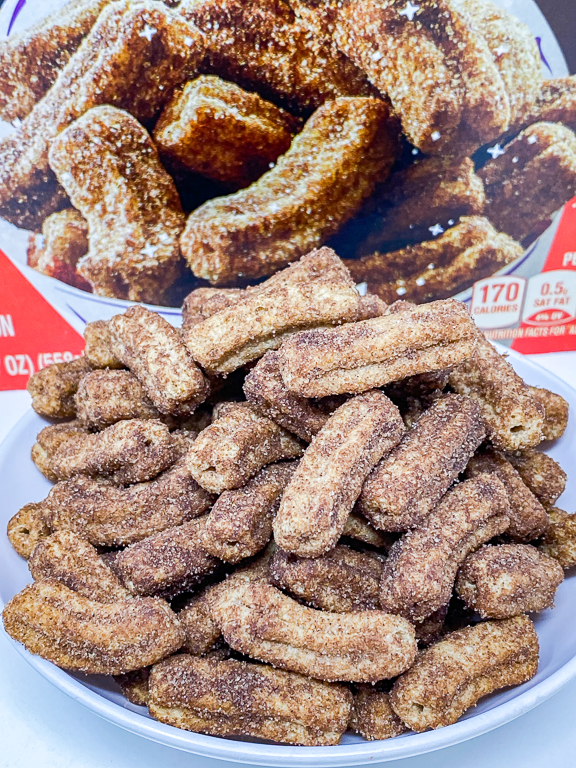 And once they get covered with sugar, all the flaws in my homemade churros disappear. 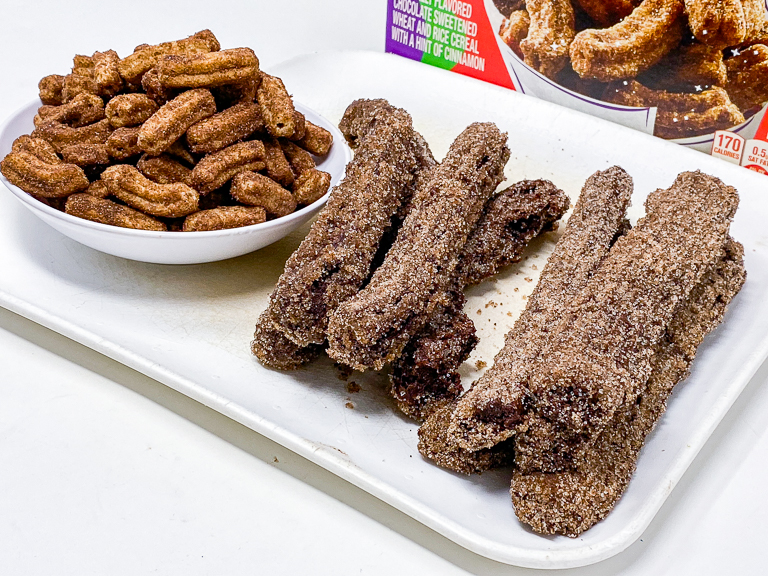 The family gathered around to give everything a try. Two types of churros and a brand new cereal. 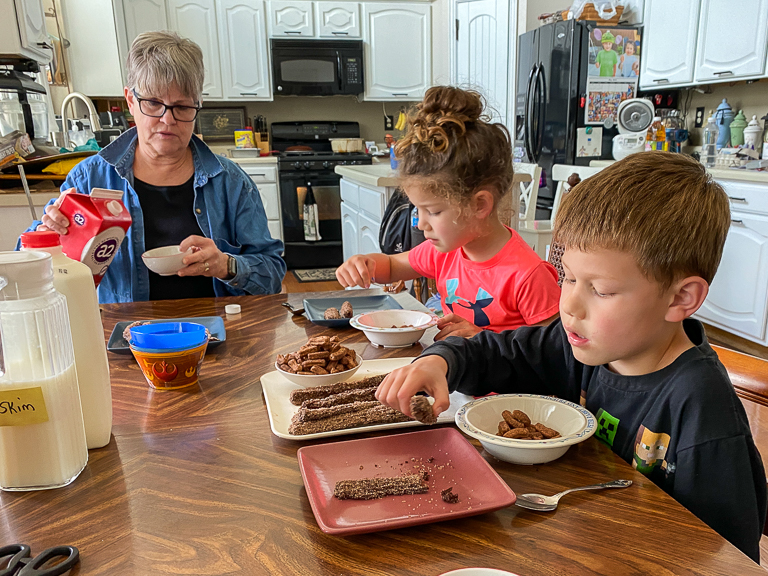 The fried chocolate churros texture was just what I was hoping it would be! Crunchy on the outside and soft and fluffy on the inside. 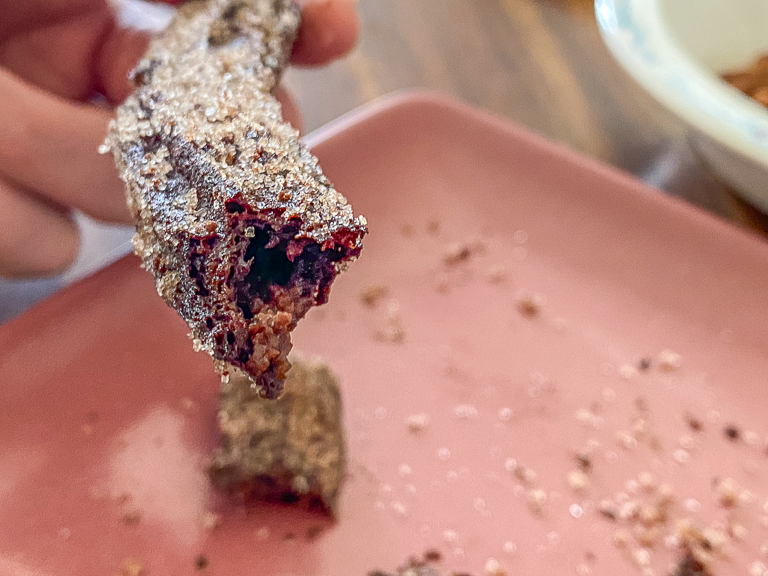 Reviews were a bit mixed all around.
Ian liked the baked chocolate churros the most. To me, they reminded me of brownies, but like the whole thing is the hard and crunch edge piece.
Most of the family like the fried chocolate churros best. Alli, Gram, Pop Pop, and myself, all preferred that. I do think the dough was a little bit bitter, and could have used more than just the tablespoon of sugar, instead of relying on the external sugar.
Theresa asked me where I found the recipe and if it got good reviews. I guess she's not a fan.
As for the cereal. It was okay I guess. It has a light chocolate flavor to it. It's very crunchy, if you're into that sort of thing with your cereal. Might be a good snack, but for a cereal, I think we're going to pass. 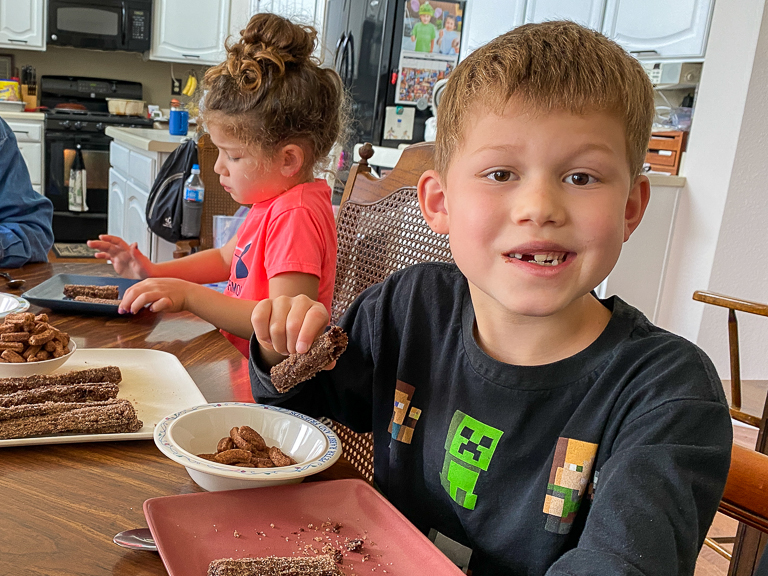