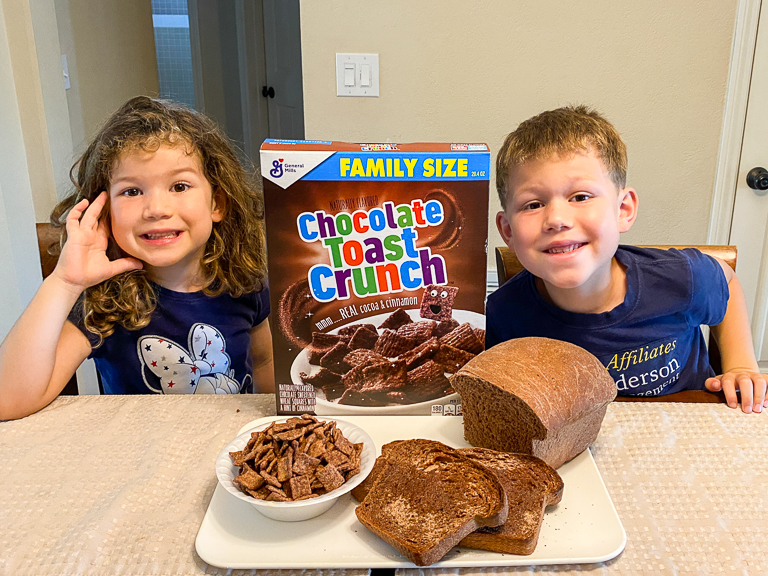 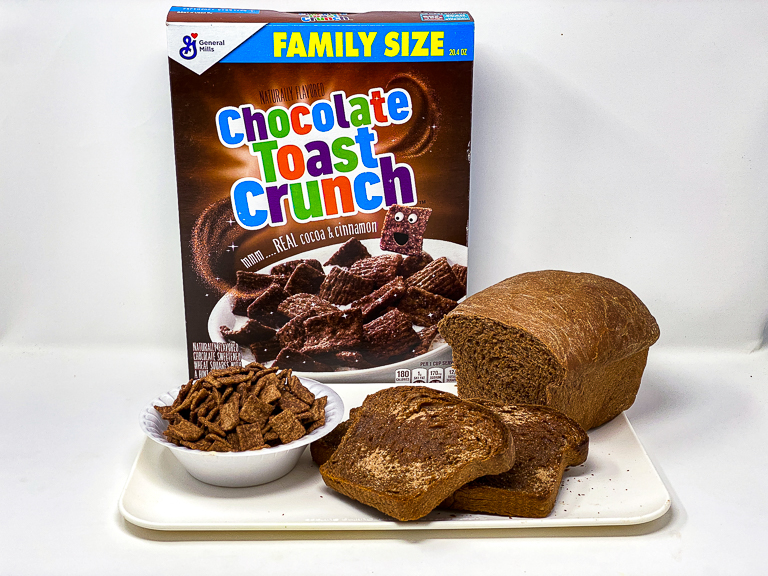 Let's make some bread! I found a lot of recipes for chocolate bread, but so many of them looked like chocolate cake loaves. I'm looking for a bread that I can toast. Eventually I found a recipe for chocolate bread rolls. I figure I can take that and do something similar to the loaf pan method with the dough and things should still work out. I'm using the recipe for Chocolate Buns from prettysimplesweet.com except I'm not putting any chocolate chips in it. I did add a teaspoon of cinnamon as well because that's what the cereal has. 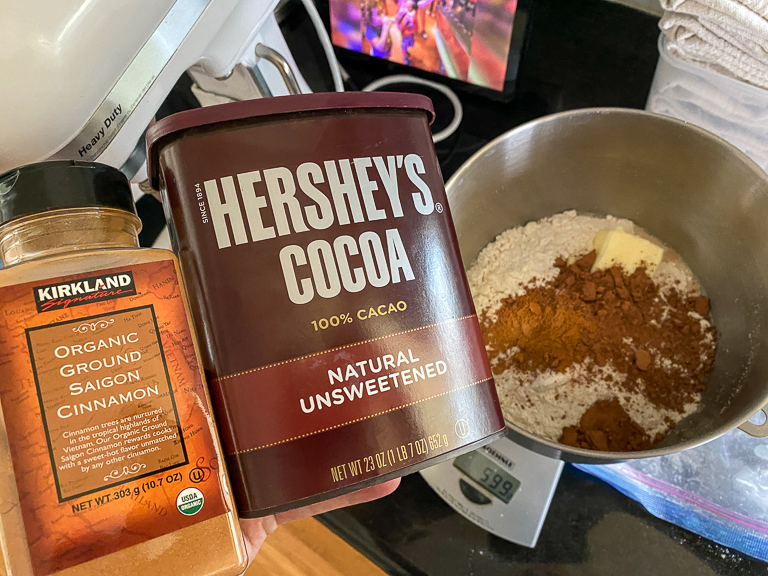 All the dough came together like normal. It's just looking really chocolatey right now. 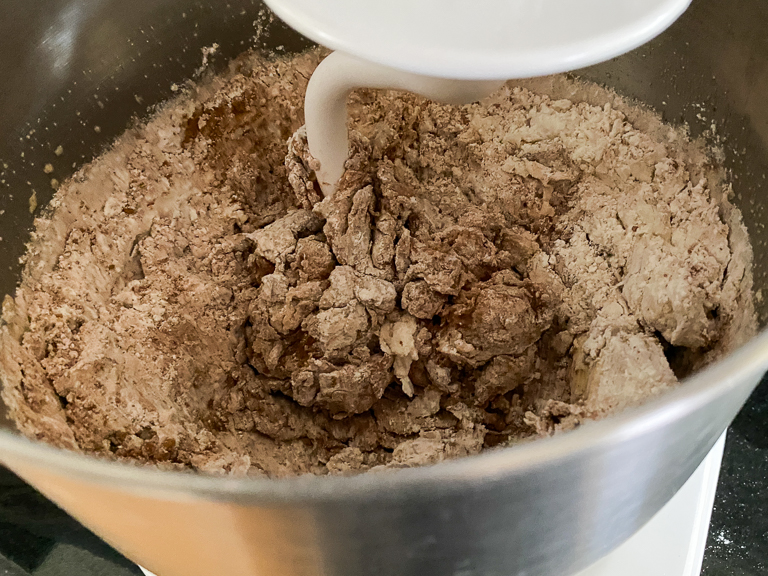 Once it was all mixed and kneaded, it was time to let it rest. With these warm temperatures, it's not going to take too long for it to double in size. 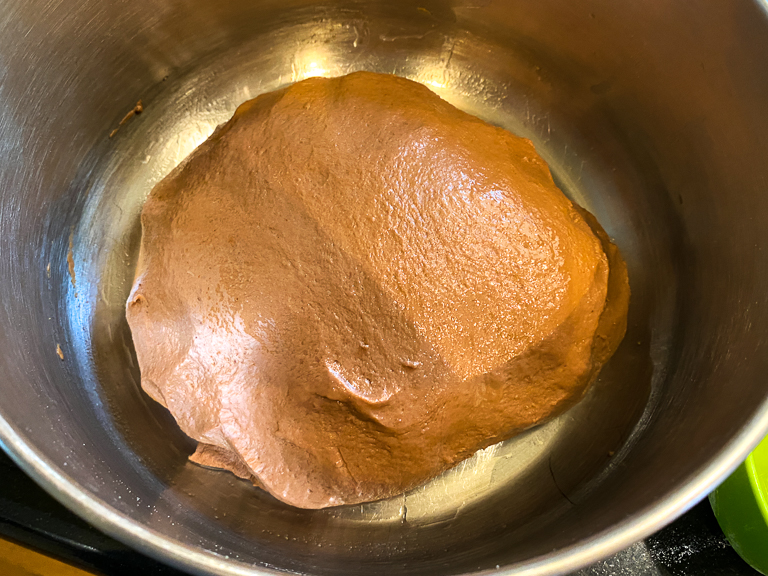 That's our first rise completed. Now it's time to get it into the loaf pan. 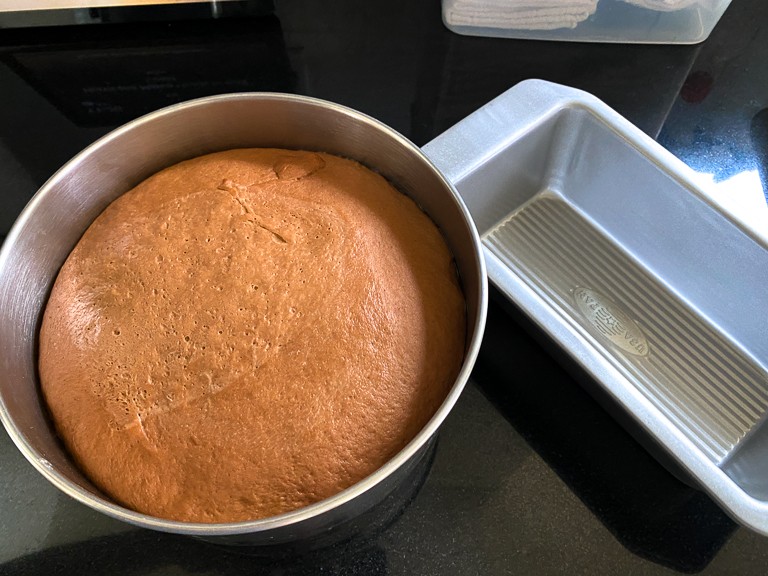 I rolled it flat, but unfortunately it was very sticky. I dusted the counter-top with flour, but I'm concerned it's going to change the color of the outside of the loaf. Oh well, nothing can be done about that. 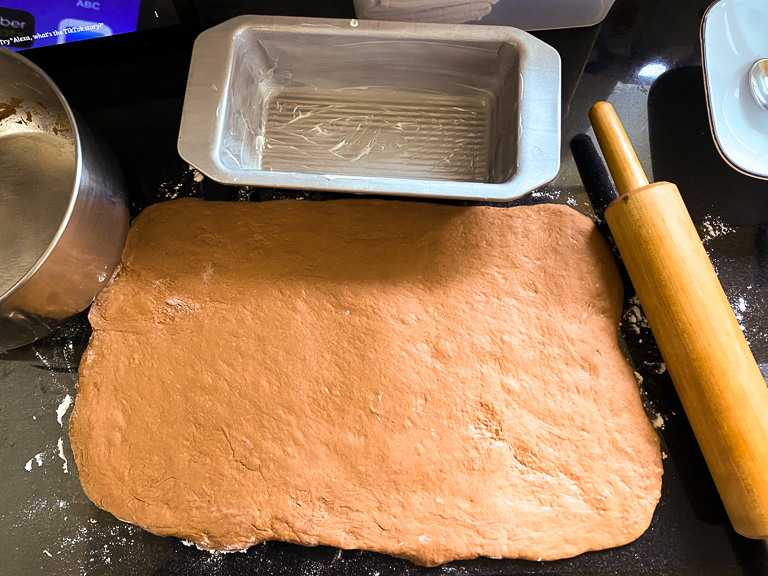 I rolled it into a log, placed it into the loaf pan, and then buttered the top. 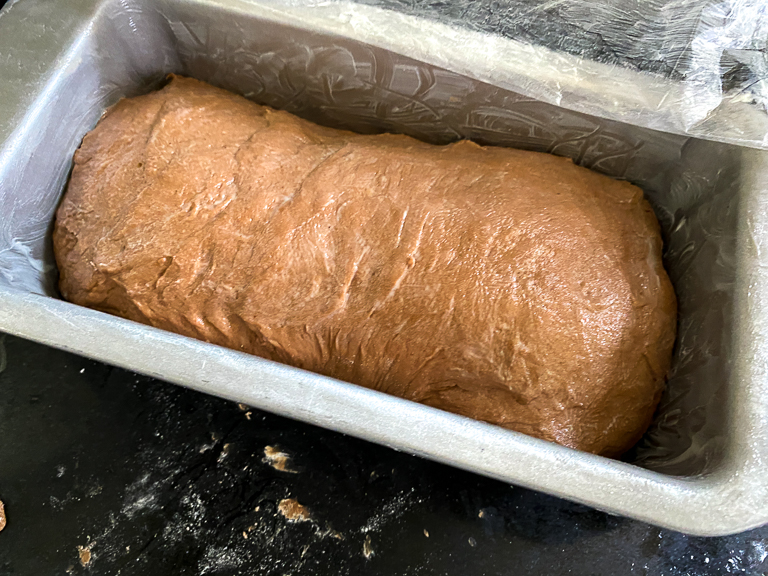 An hour later, it has risen above the edge of the pan. Time to bake it for 35 minutes at 350F. 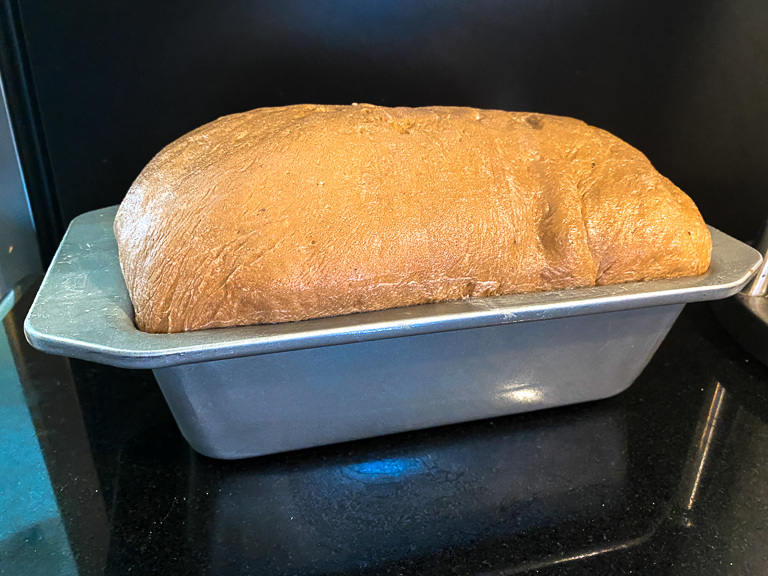 Last time I made bread, the house was smelling delicious. The smell coming from the kitchen this time was wonderful! It was chocolatey and Theresa even picked up on the cinnamon that I had mixed in. Looks great! And smells great! 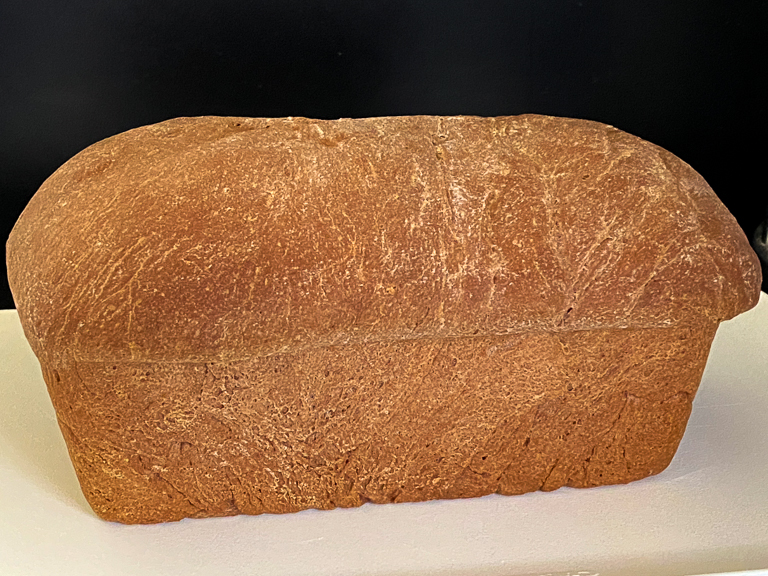 I cut a few slices and prepared to toast them. 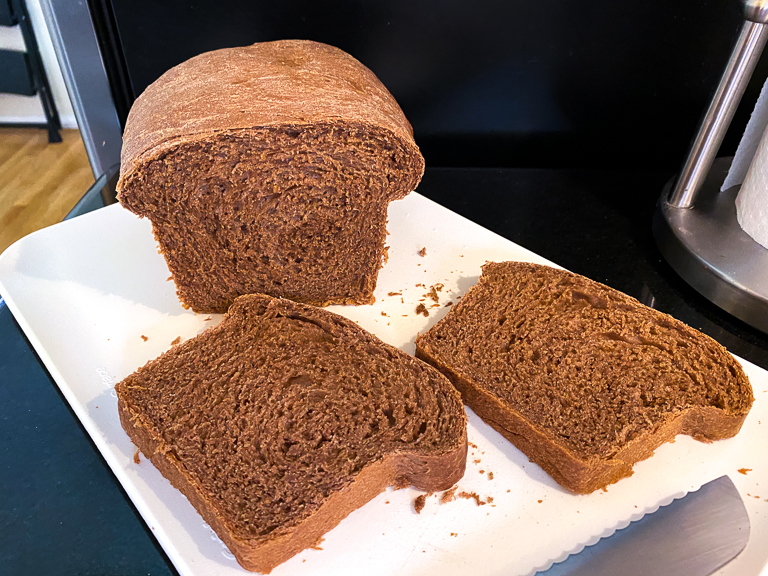 A little bit of butter, a little cinnamon and sugar. These are going to be tasty. 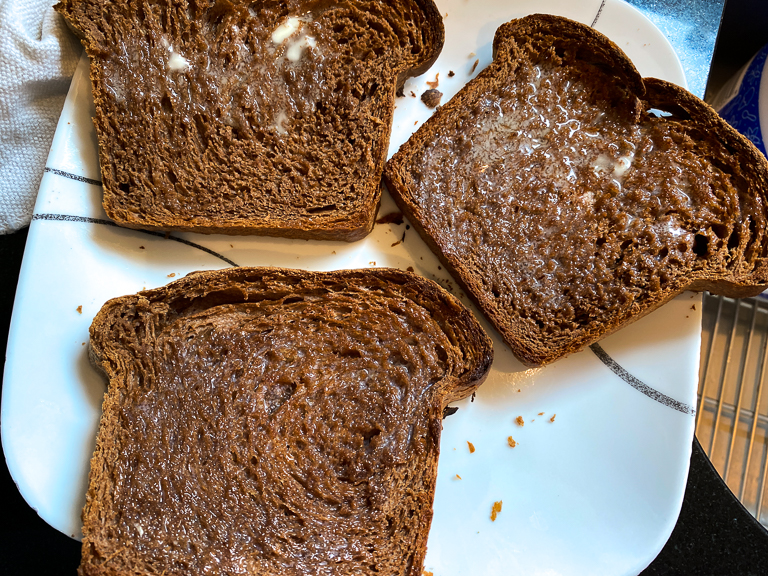 Here's the back of the box, just for good measure. 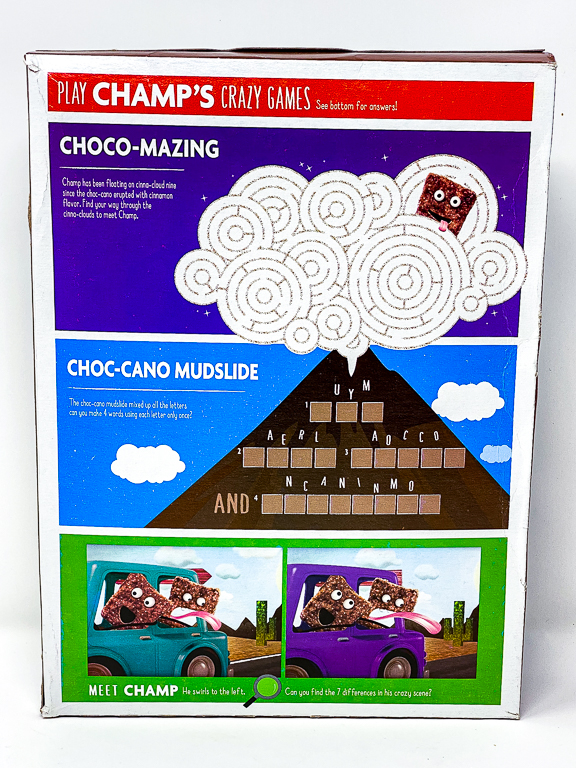 Our cereal and our fresh chocolate bread. 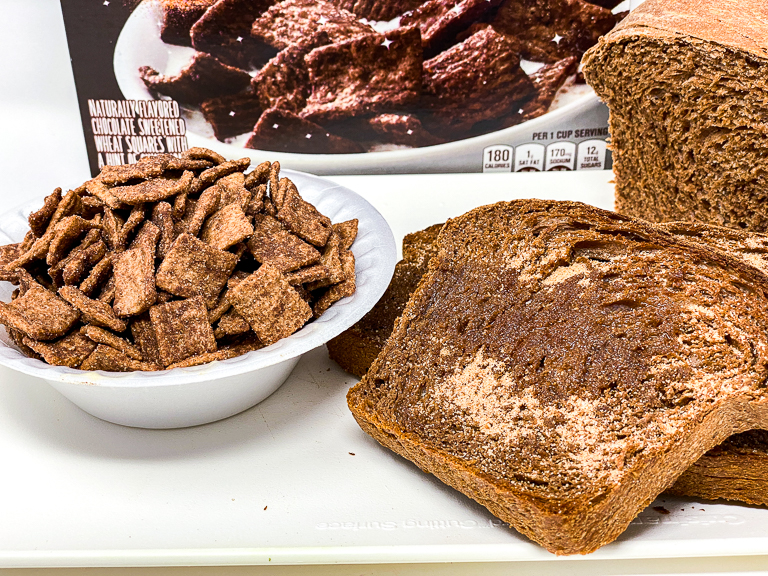 The cereal has swirls just like the regular Cinnamon Toast Crunch. It's just a darker shade. 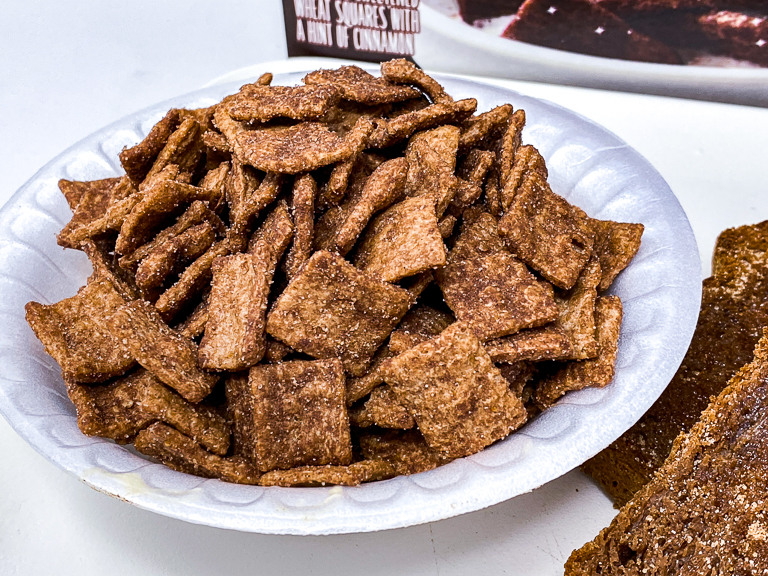 Theresa made a piece with swirls of butter, cinnamon, and sugar. 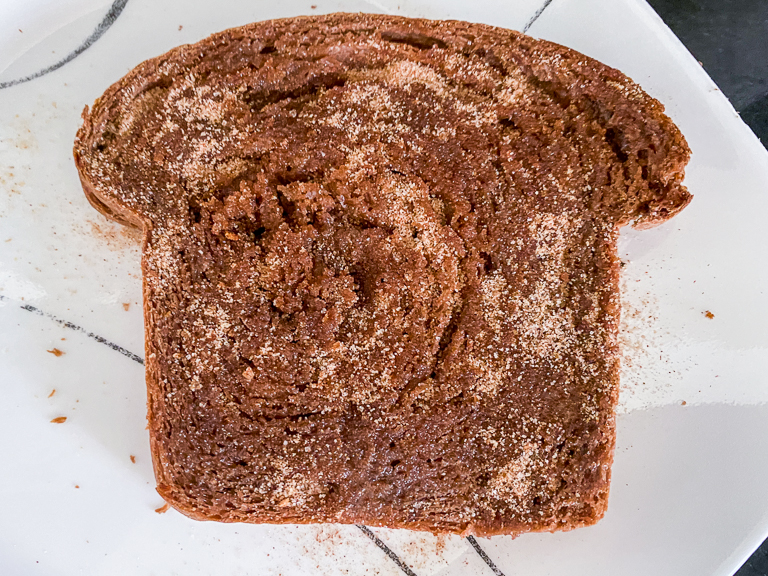 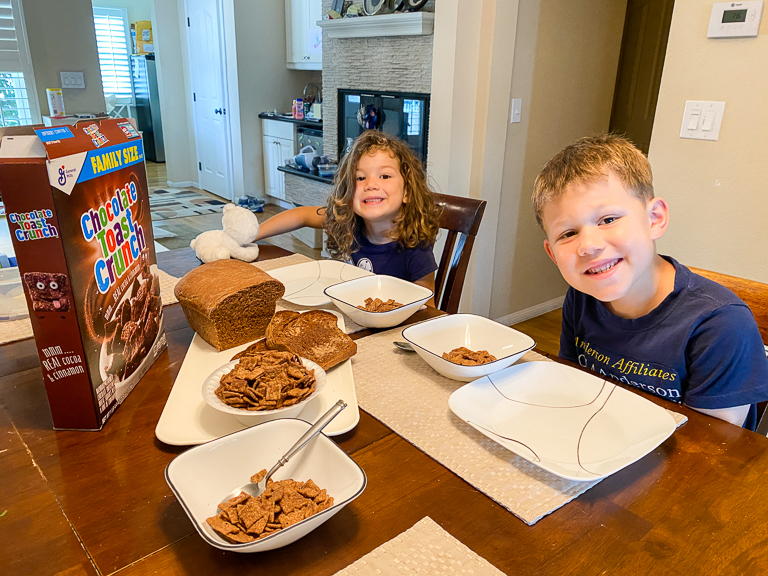 Did someone say bread? Grammy must have smelled it because it wasn't too long before she came over. (actually one of the kids ran over and told her to come) 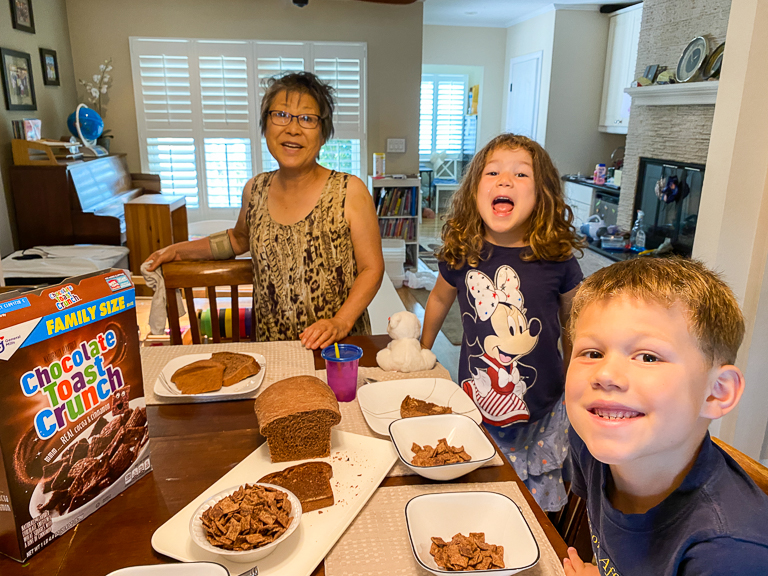 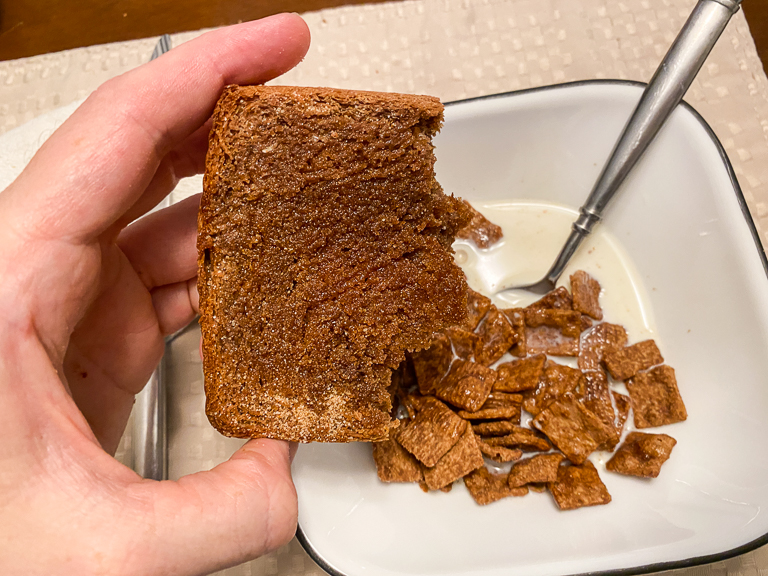 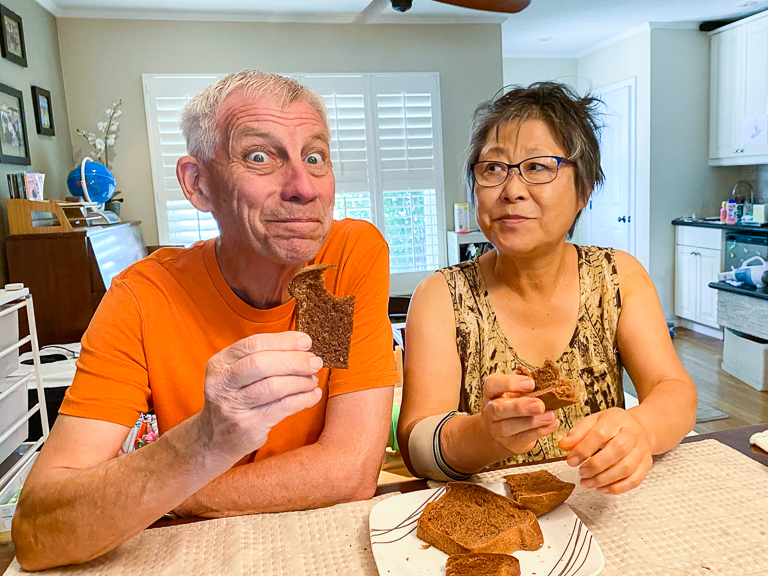 Still getting a thumbs up though. 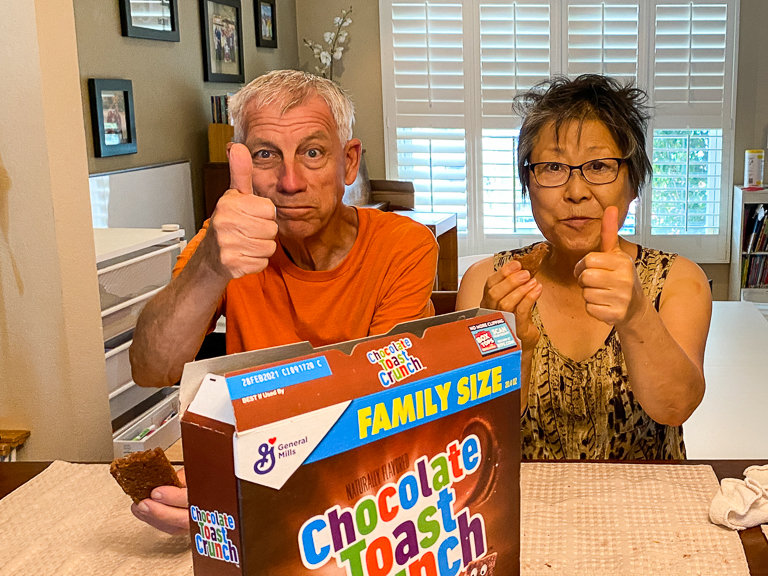 And the kids give it two thumbs up! Thanks guys! One more "Toast Crunch" to go! 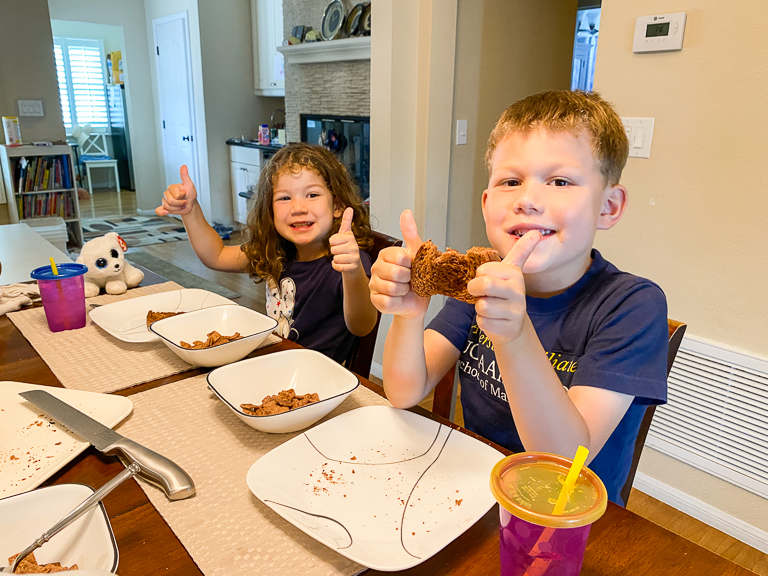