We've got another round of cereals coming up and they all have to do with Cinnamon Toast Crunch! Before this, I really didn't know that there were all that many flavors. For our first cereal, we're having Cinnamon Toast Crunch Churros! Since we like to taste it along with something, let's have it with homemade Churros! 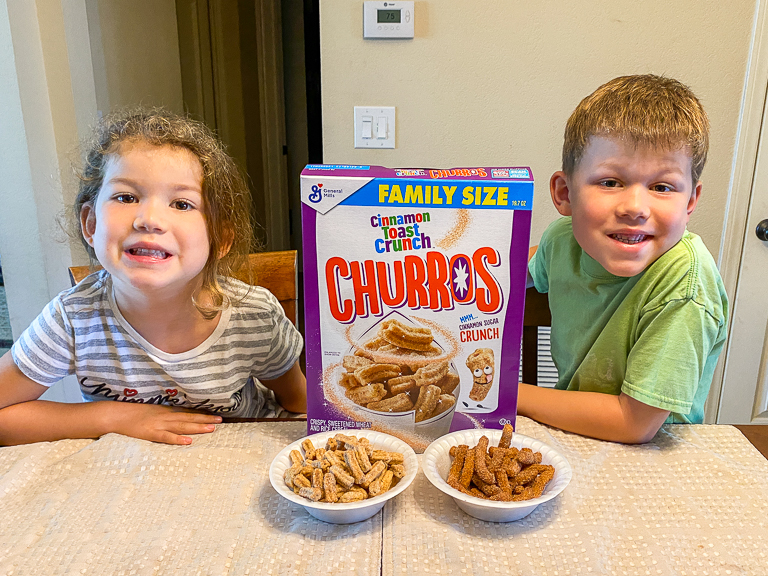 Here's a look at the front of the box. Looks like it's Cinnamon Sugar Crunch! 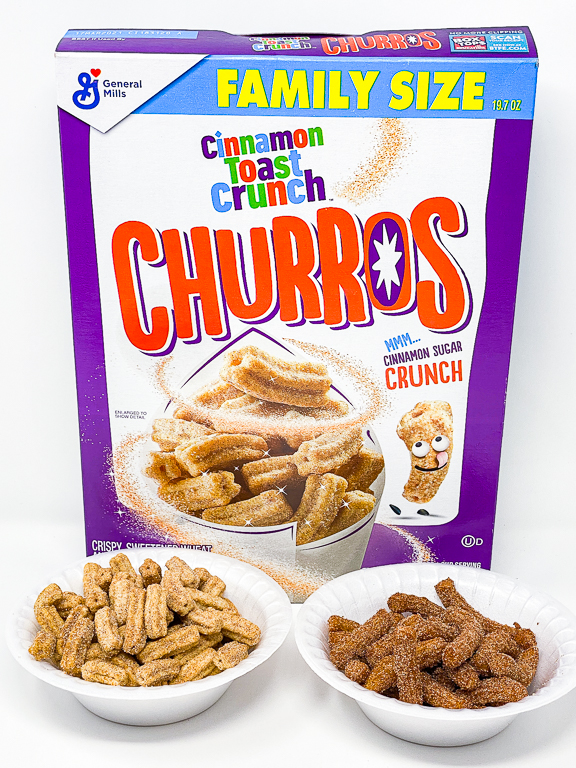 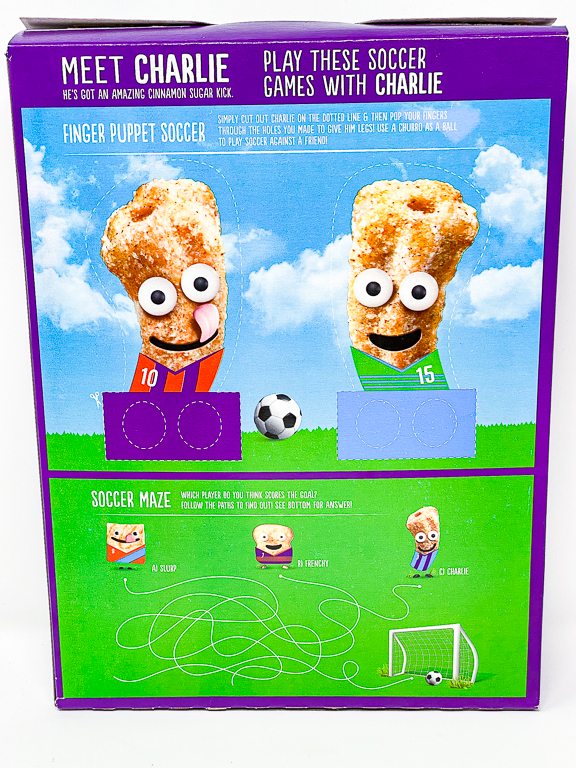 So if we're going to have Churros cereal, I think we can make homemade Churros to go along with it! Our recipe is from cookingclassy.com. The kids are always ready to help out in the kitchen. I've never made churros before so this'll be an experience.
Alli helped measure and add the water to the pot. 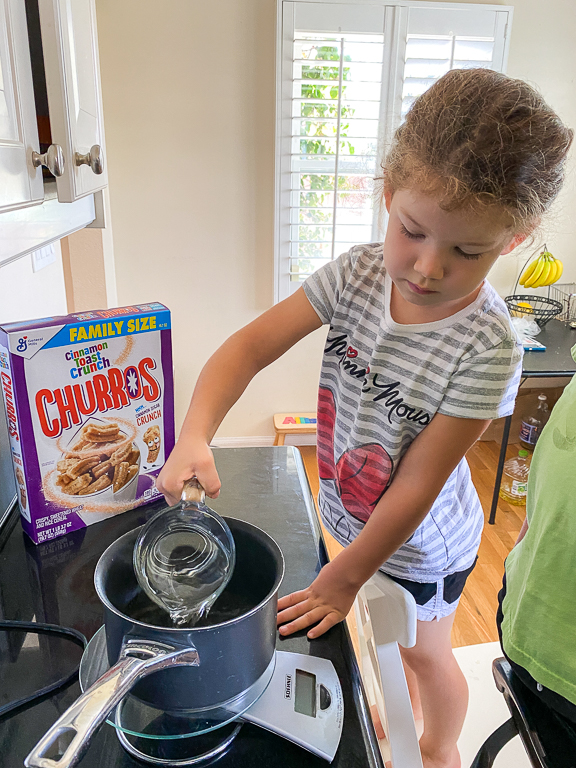 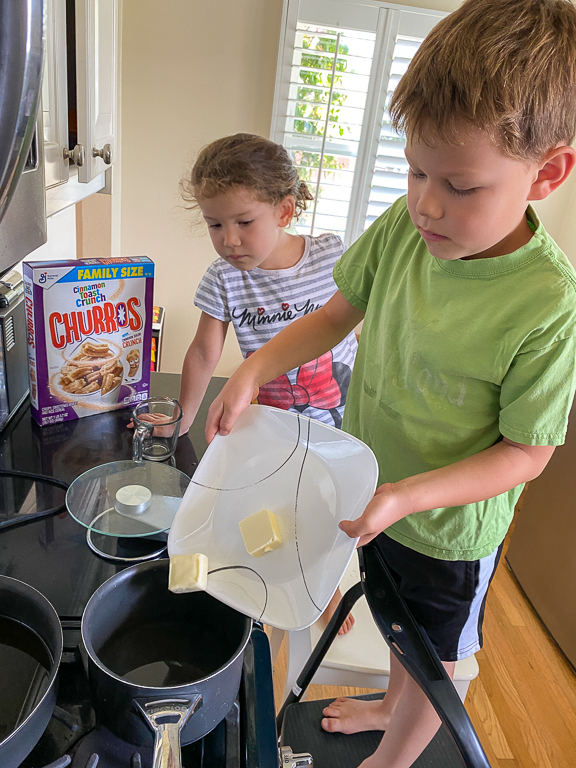 Next came sugar and salt, then it all was brought to a boil. 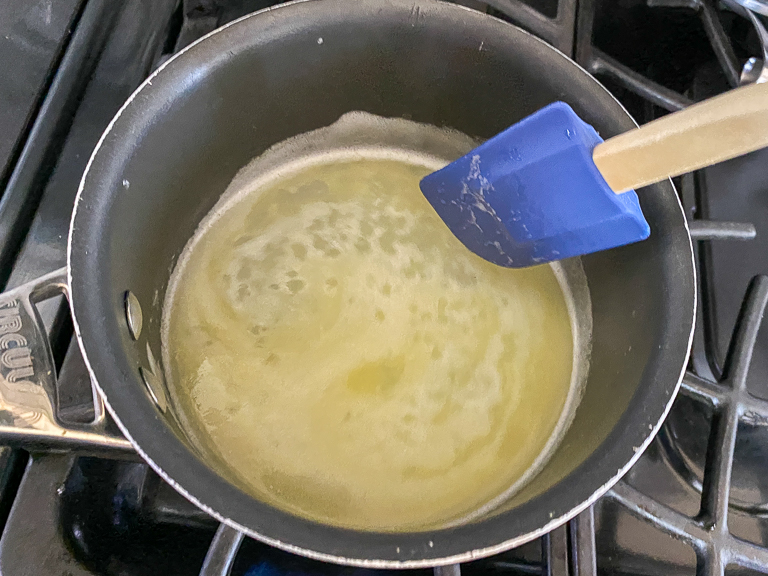 After boiling, I added flour. 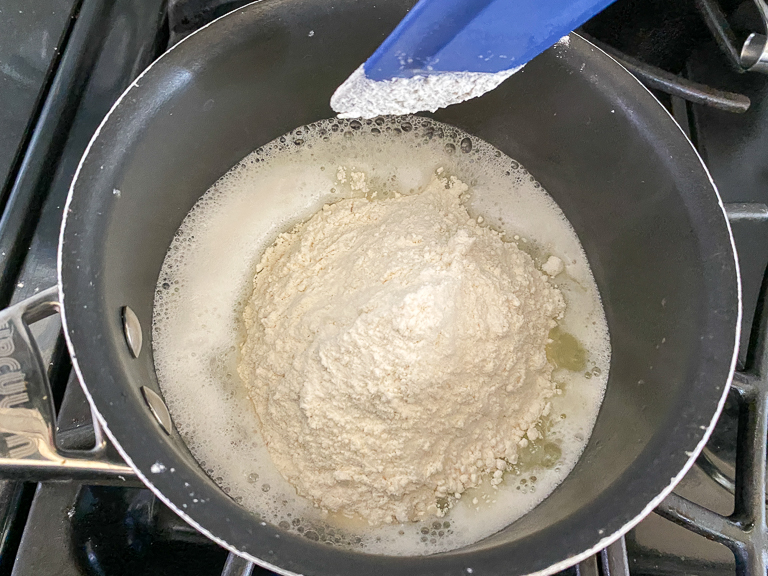 Then gave it all a stir until it formed a soft dough. 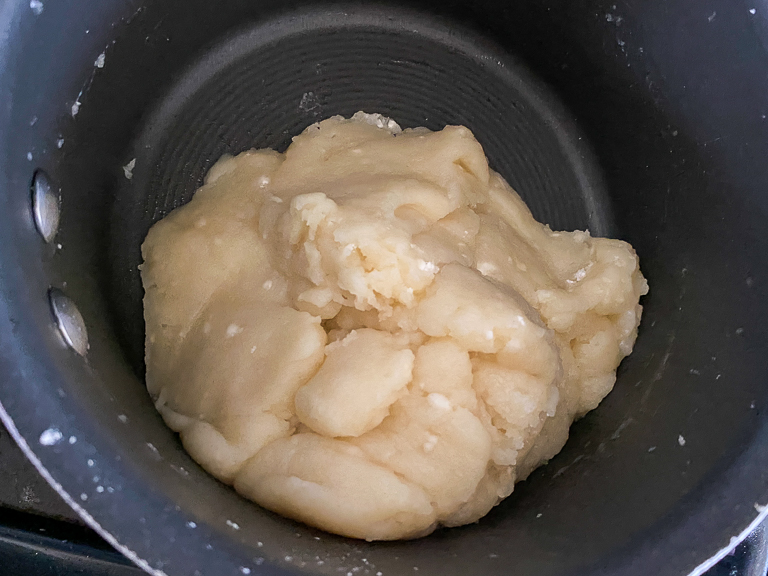 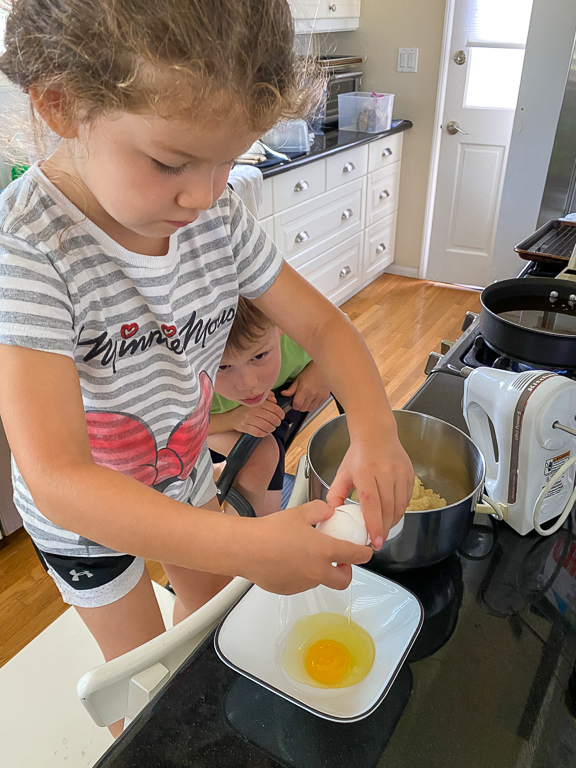 And Ian gave me a perfect pour of vanilla. 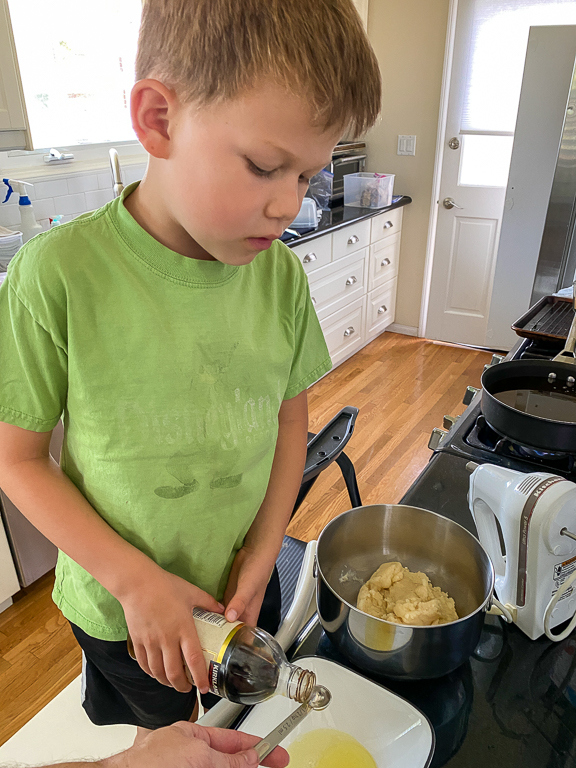 Ian added the vanilla and egg to the dough. 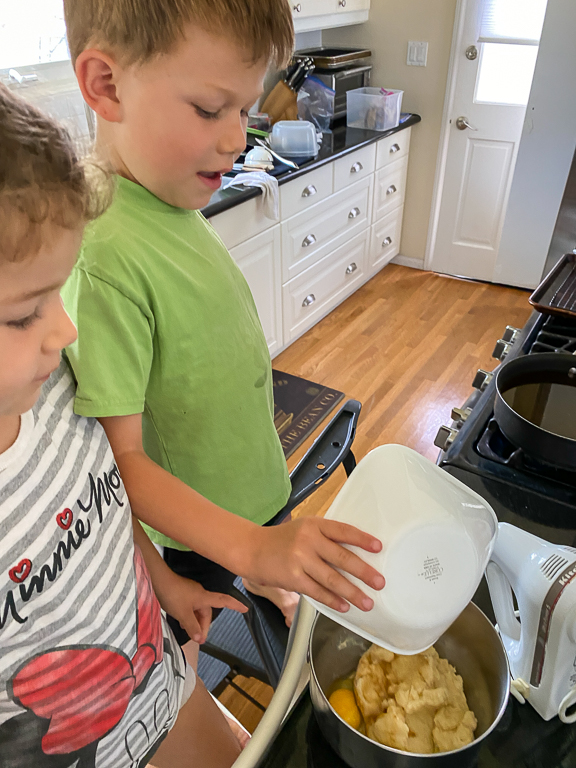 And then Alli helped mix it all up. Perfect kids! I'll take it from here! 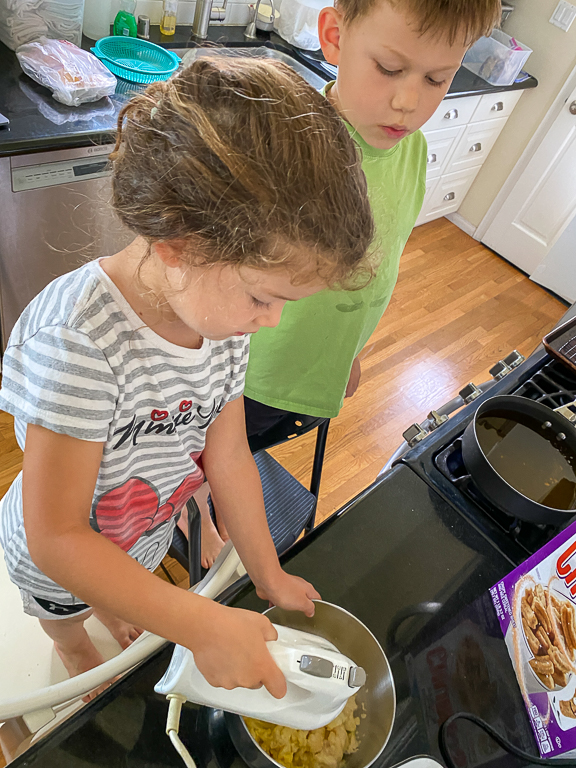 Using a ziplock bag and a piping tip, I made my own piping bag. 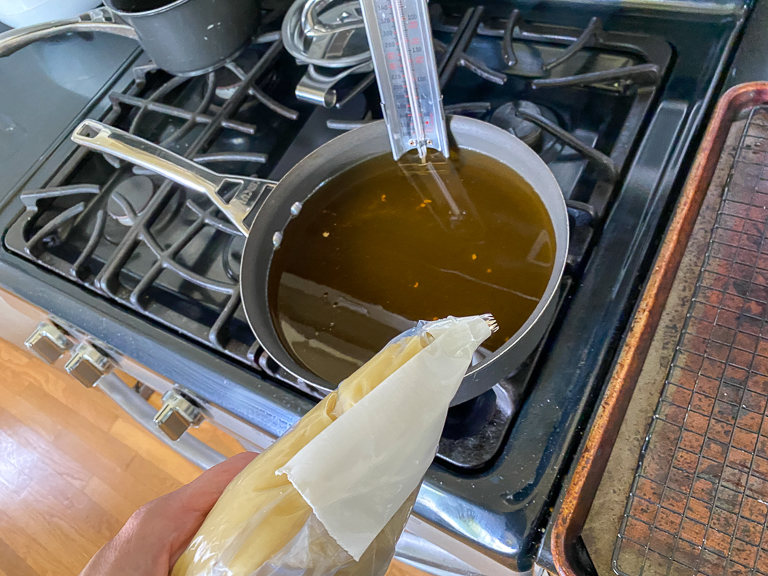 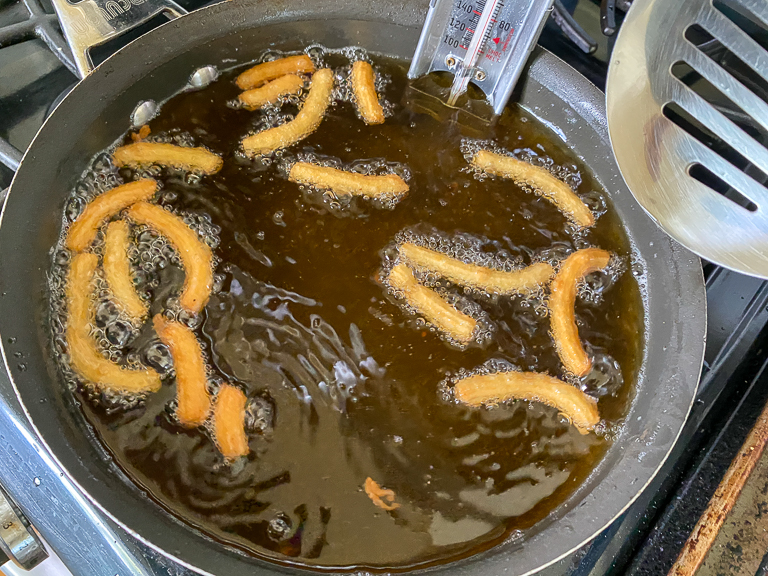 After a short time on a cooling rack, these beauties are ready to get their coating of cinnamon & sugar. 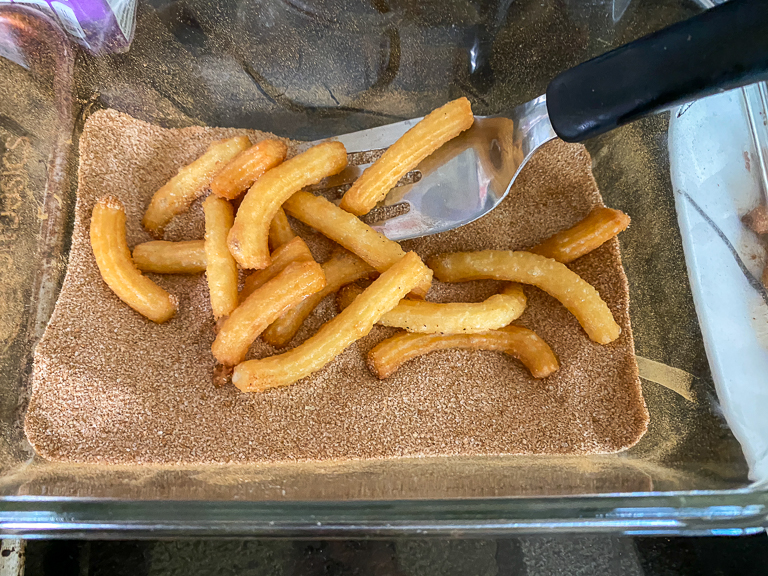 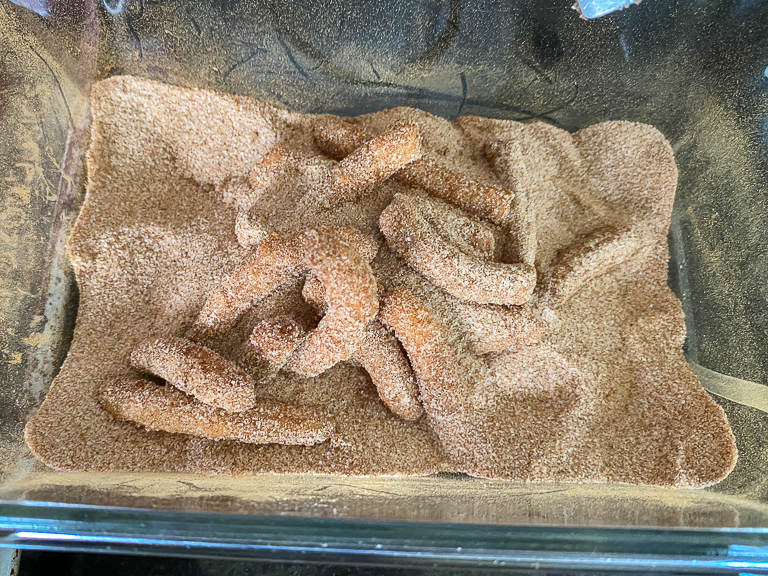 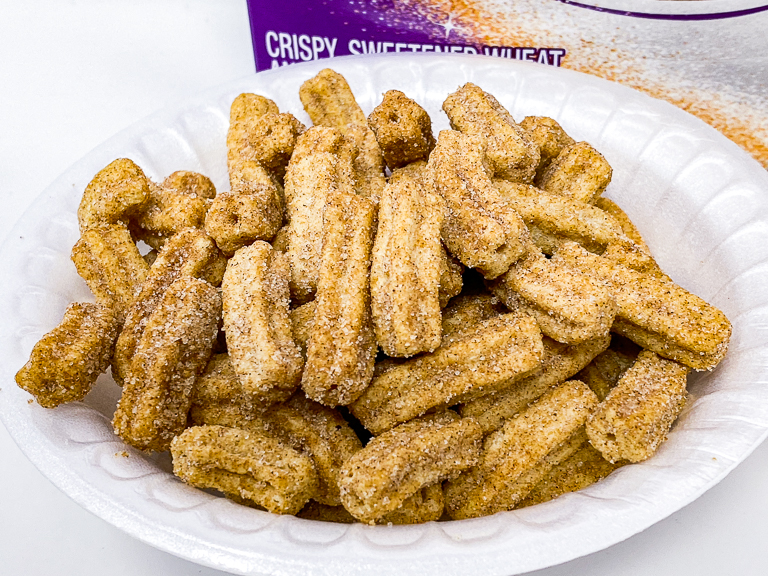 And here's my homemade churros. You could almost call them churros fries. They're pretty small compared to a regular churro. 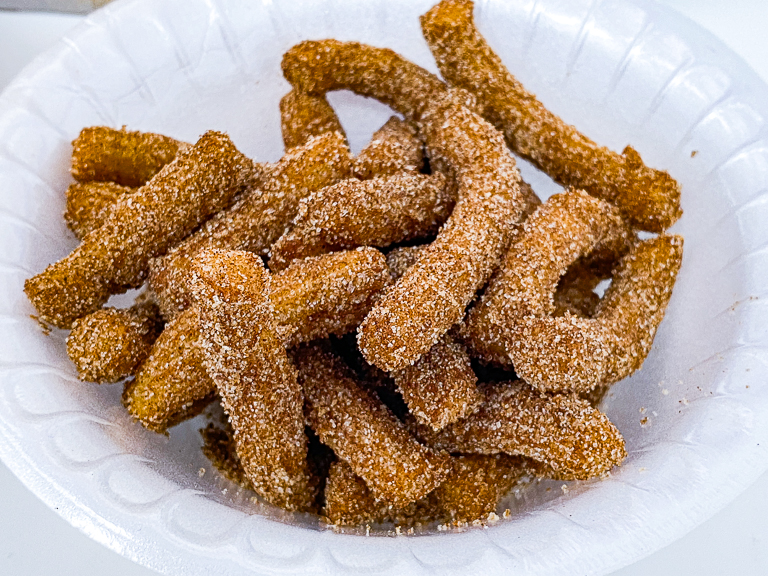 But if you compare them to the cereal, they're pretty perfect. 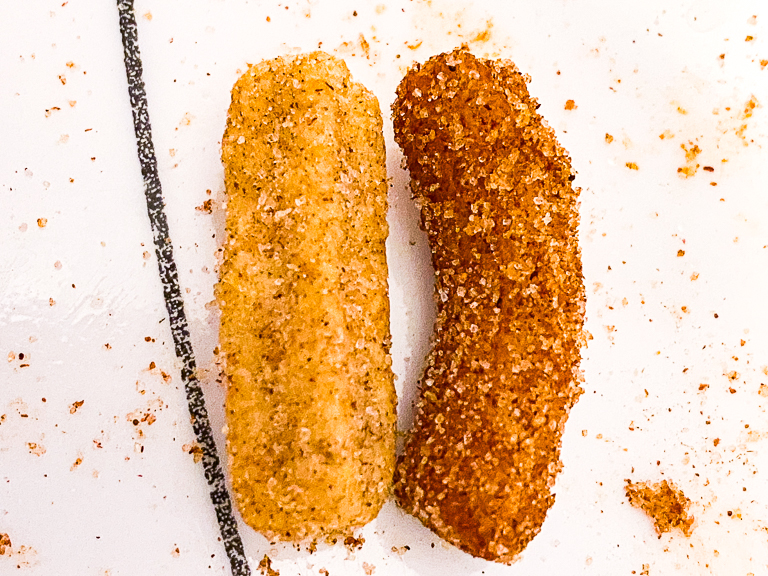 Alright kids, let's dig in! First up are the Cinnamon Toast Crunch Churros! 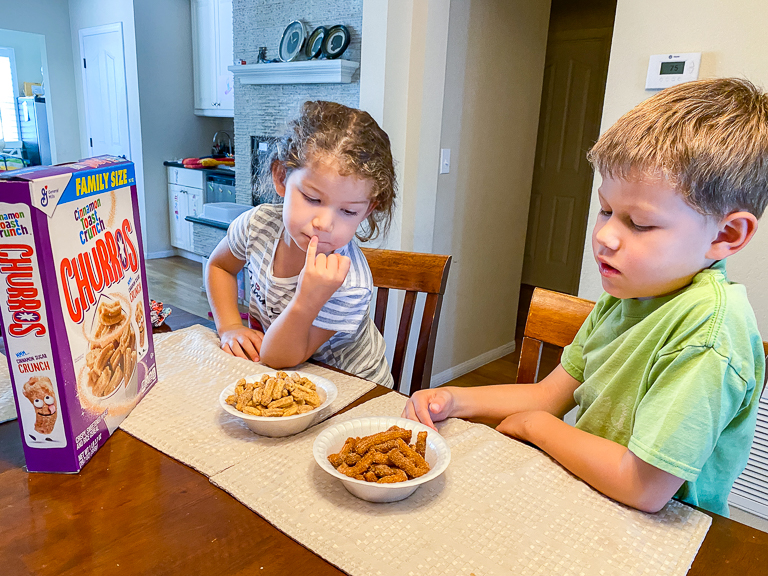 For having a name like Churros, Ian was not expecting it to be so crunchy.
Alli and I thought it tasted fine. Yes it's crunchy, but that's because it's cereal. It's supposed to be crunchy. 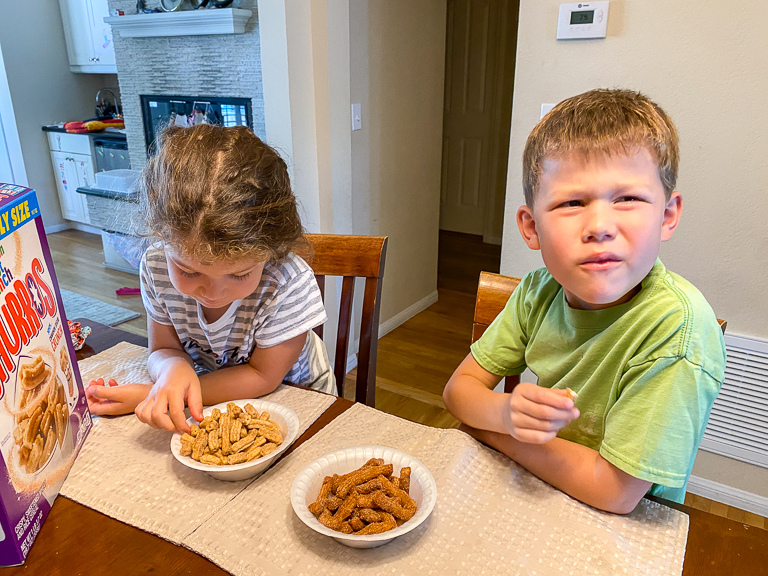 Alright, now let's try the churros we made together. 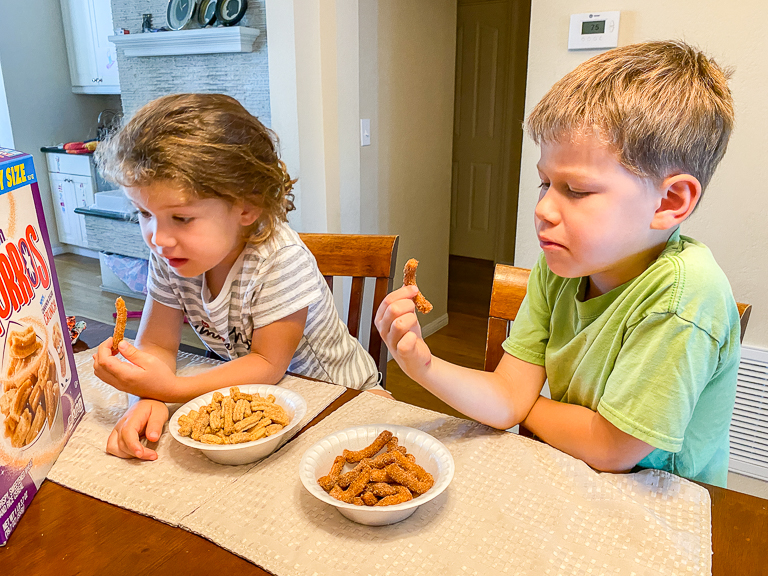 Oh yeah! These are much better! The outsides are crunchy but the insides are wonderfully soft. The whole thing is still warm from the fryer too, which makes it even better. 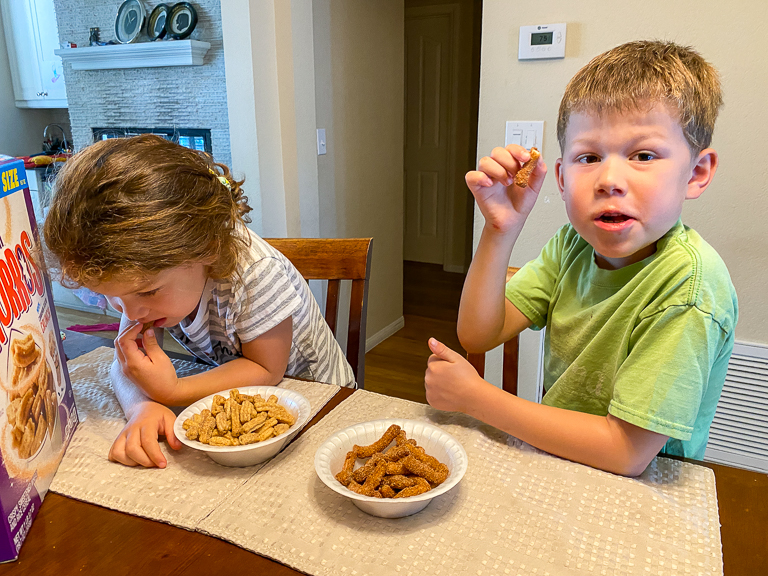 The vote is clear and obvious. Our homemade churros are the favorite. Sorry Charlie! (how's that for a long set-up!) 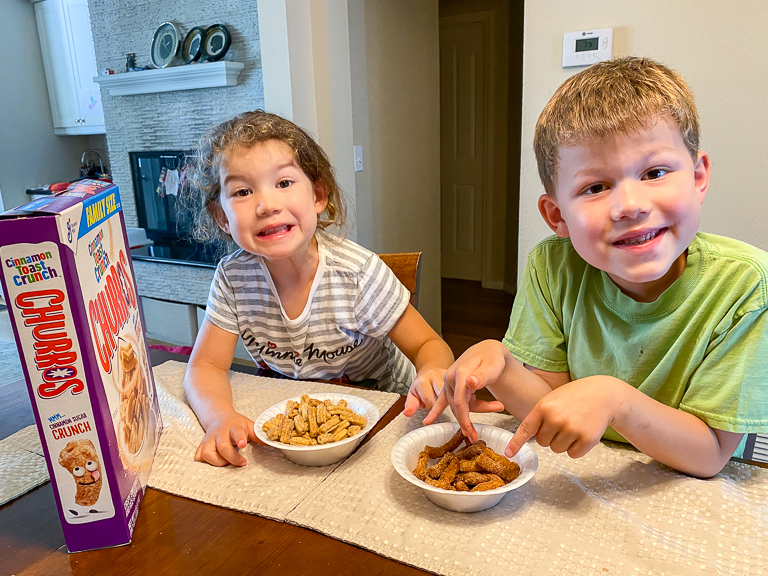