Ian has been thrilled to have his sister back home. They've been having fun playing together, but he wanted to do something extra special for her.
Ian - Alli loves watermelon so we should do a watermelon taste test for her.
Alright buddy, this is your thing. What do you have in mind? 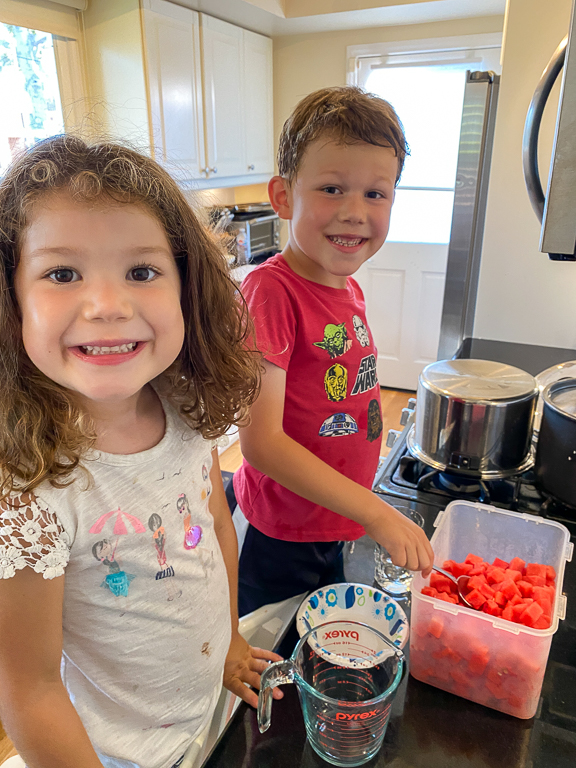 He came up with 3 different ways to try watermelon. The first obvious one is just to eat it straight. 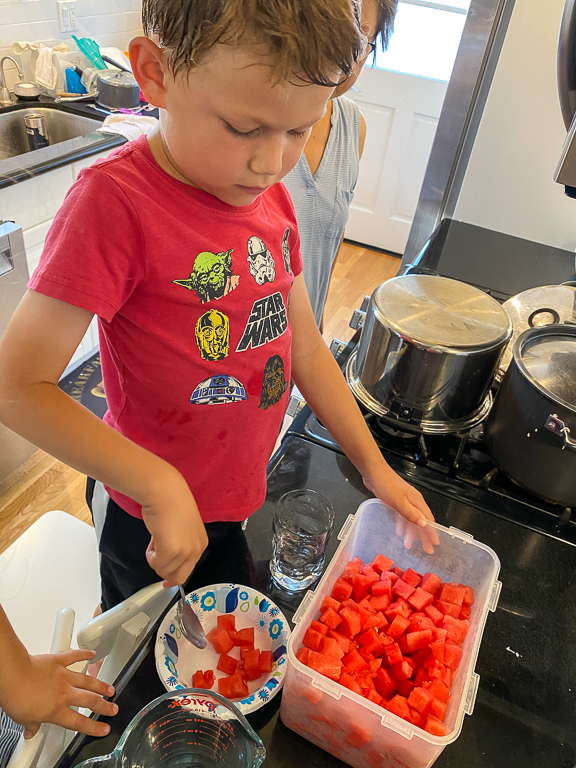 Using the juice that's collected in the bottom of the container, we're pouring it off for him to do a couple things with. There's the juice by itself. 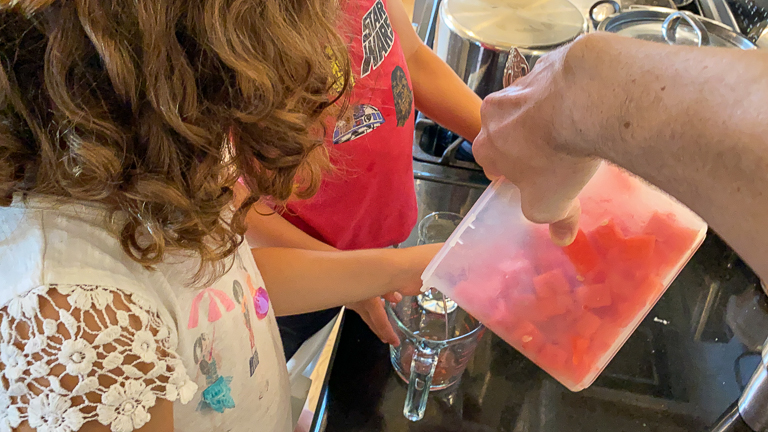 And then he wanted to freeze some and make popsicles.
He's been telling everyone all day about his taste test that he had planned for tonight. He's excited for everyone to try it.
Ian - Daddy, will you write it up for one of your stories?
Absolutely! 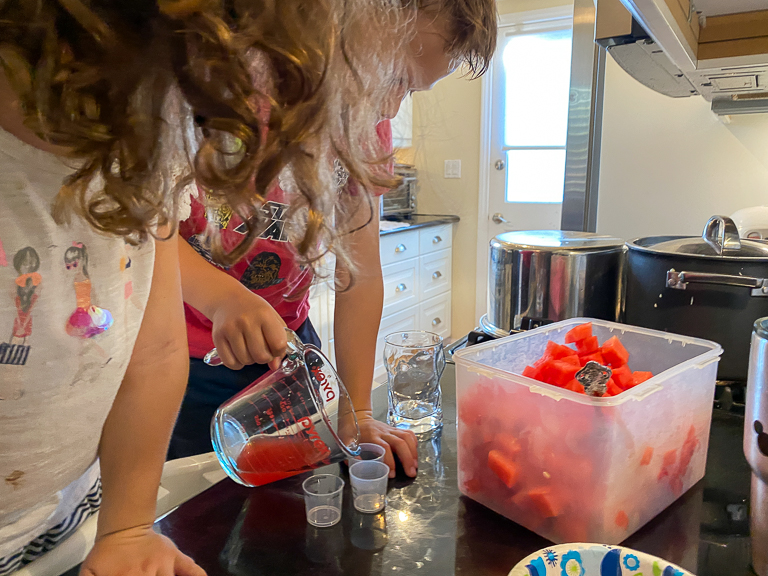 But this is your thing so you've got to take the pictures. I set up my lightbox and handed him the camera. 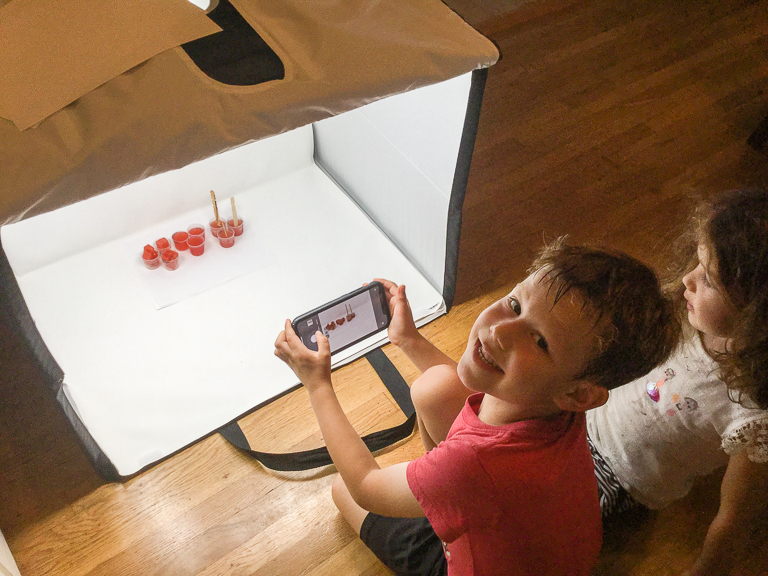 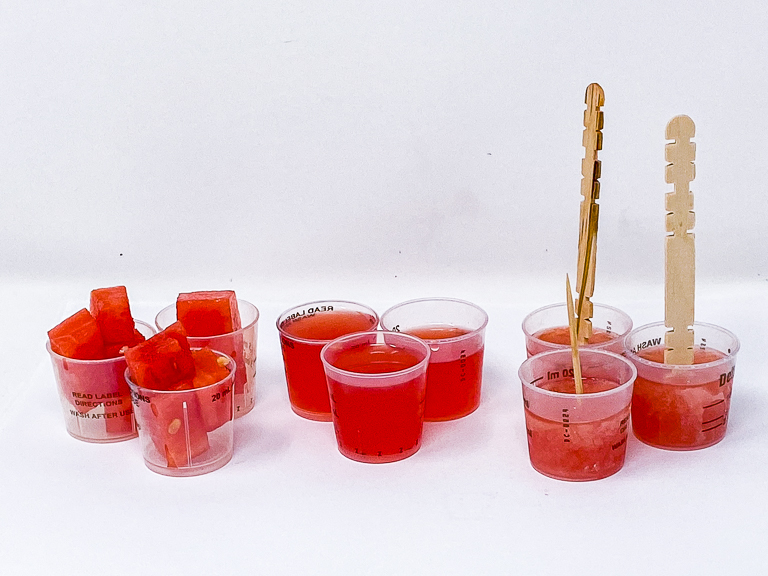 With popsicle sticks and toothpicks to use as holders. 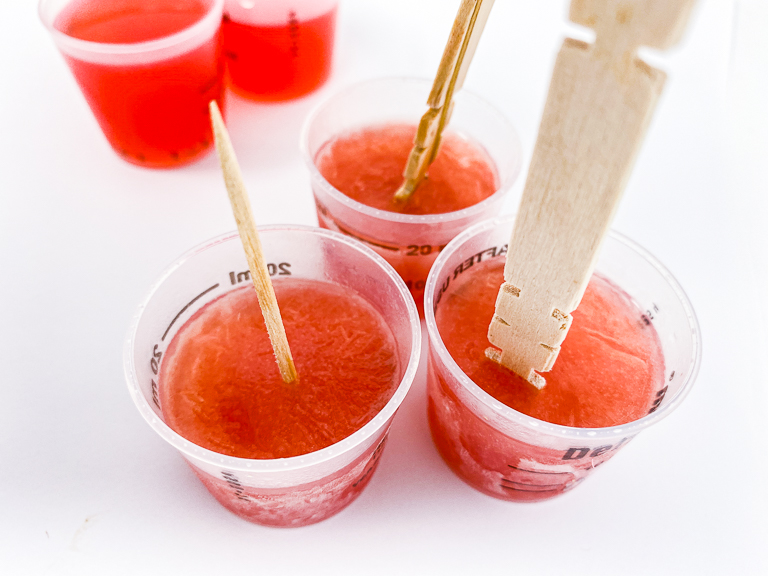 Smile guys! Alli this is for you! 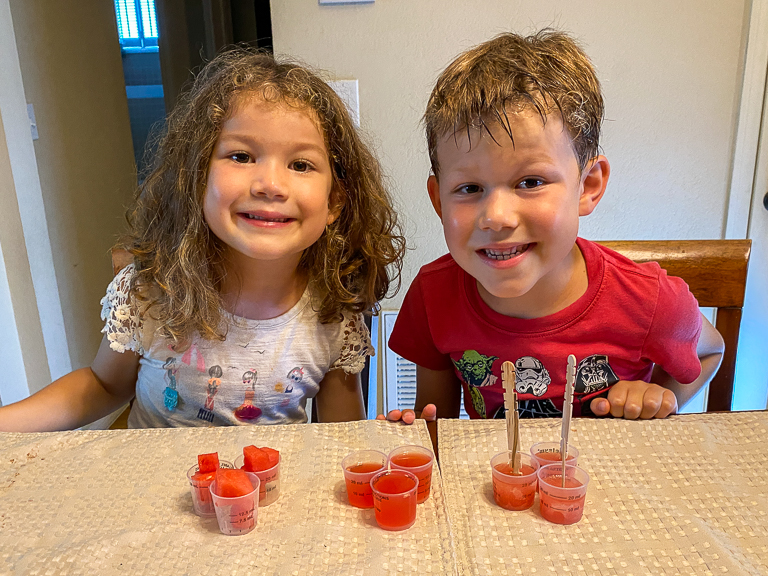 What should we start with?
Ice Pops.
Good choice. Don't want them to melt. 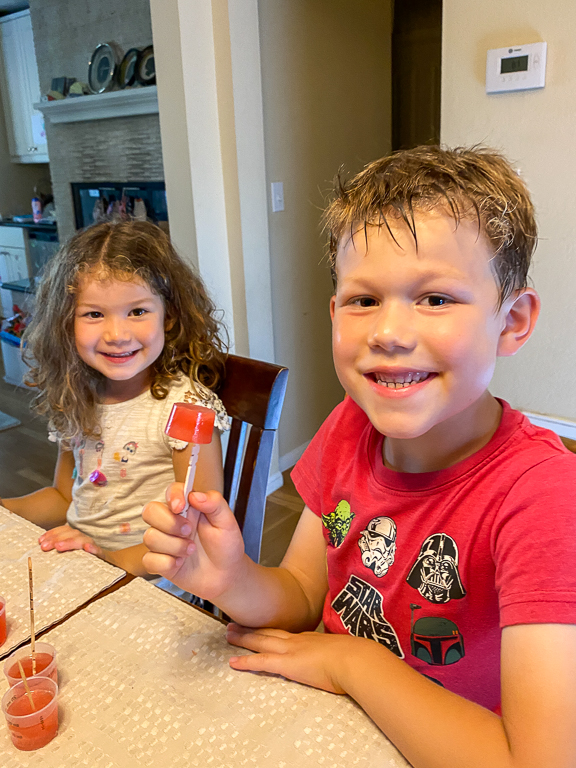 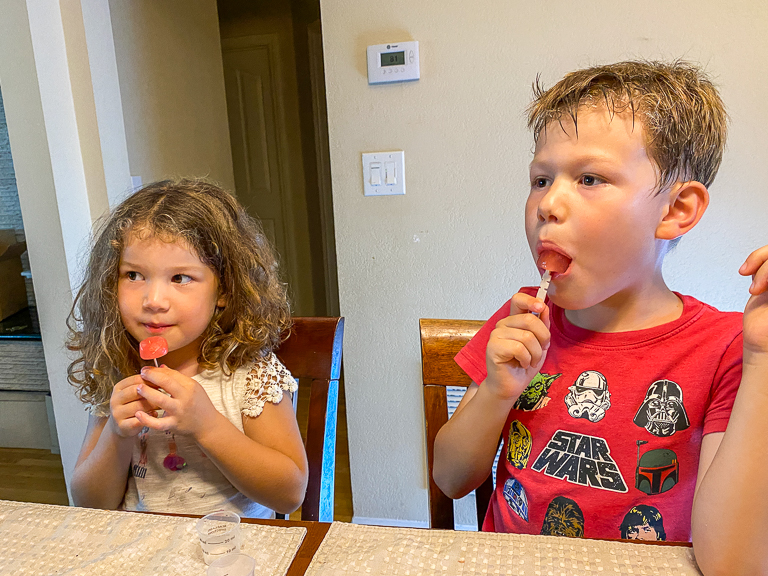 Does yours taste better? 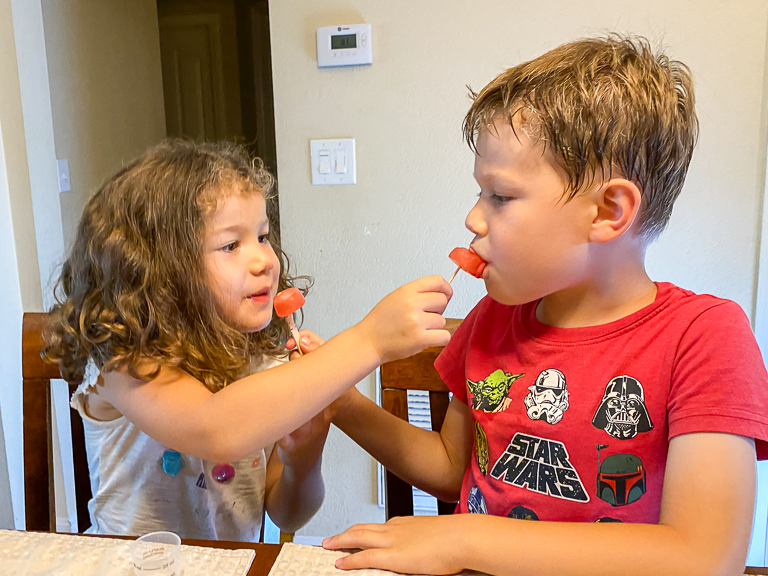 Grandpa and Grammy were impressed and appreciated that it was made with no added sugars. 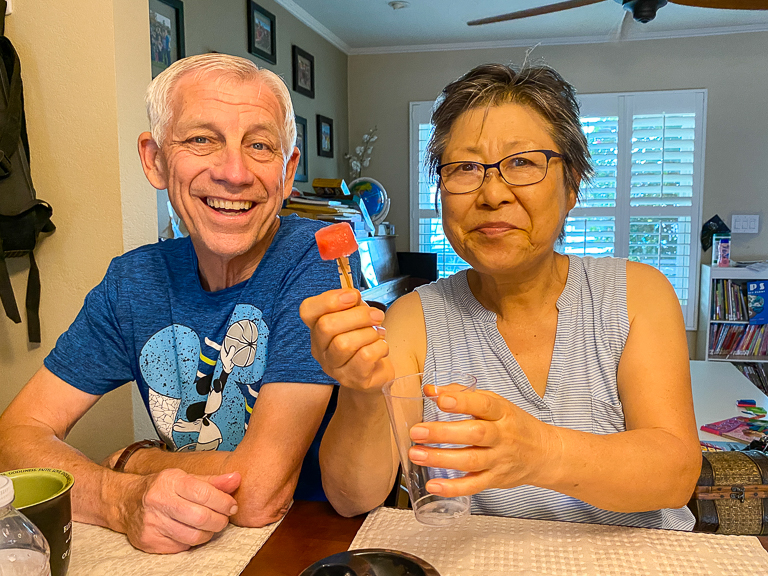 Next is the watermelon juice. 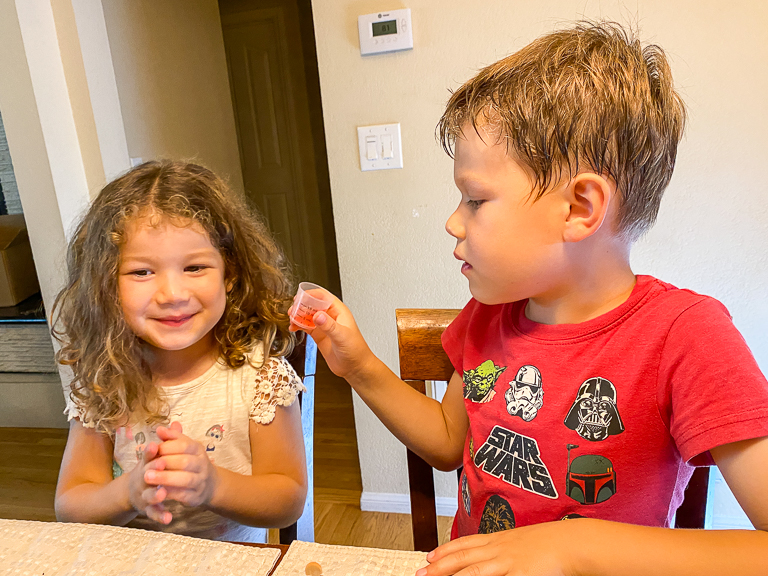 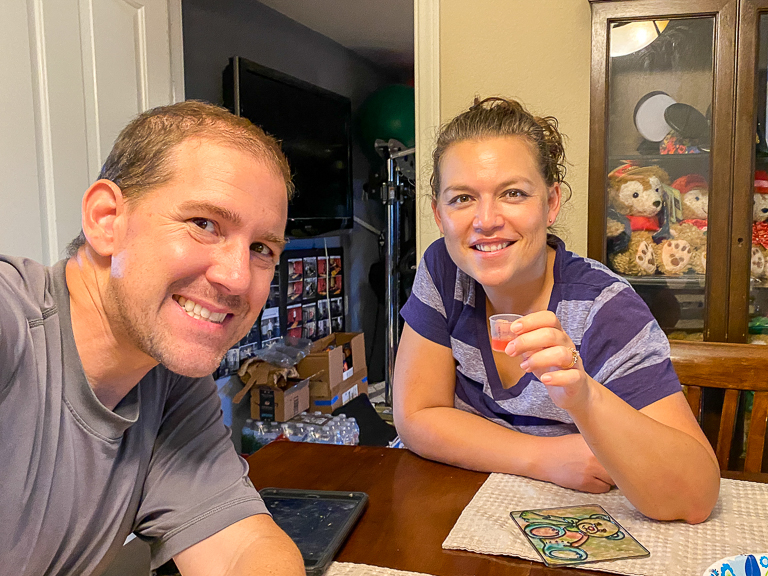 Finally Alli passed out the cups of cubed watermelon. 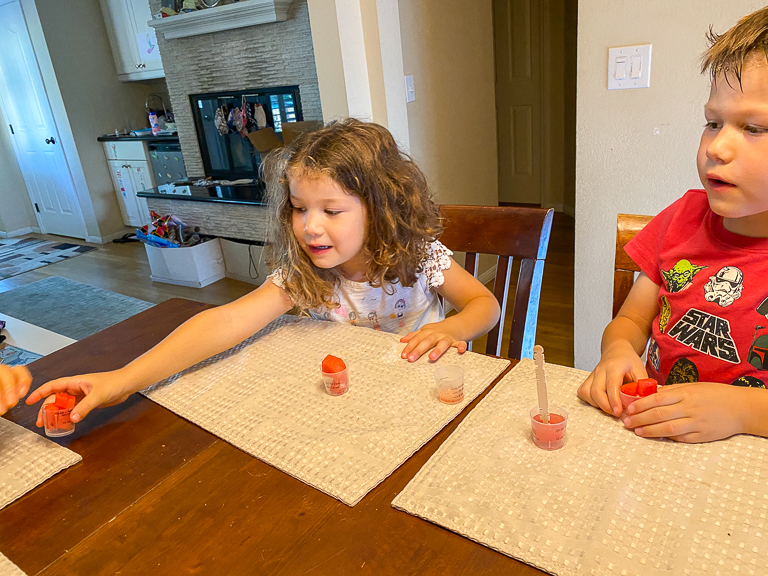 Ian, your taste test is getting big thumbs up and double thumbs up all around. Good planning buddy. 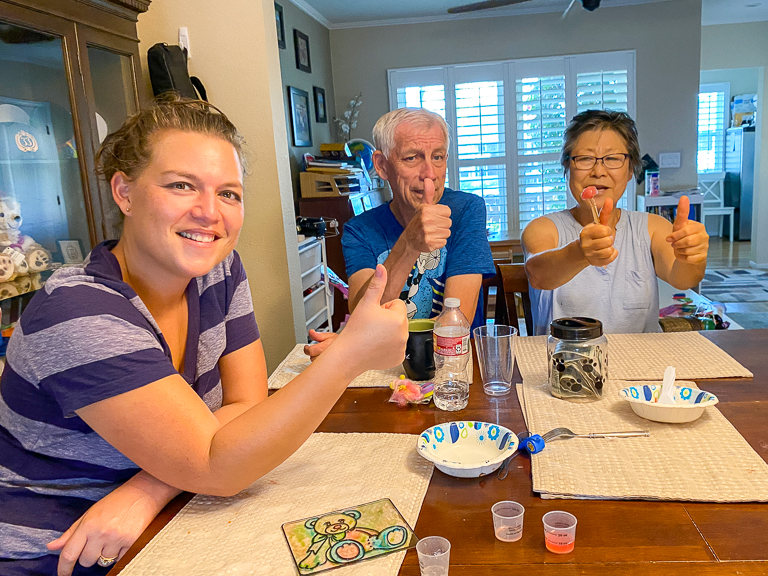 And it's clear that Alli enjoyed it and appreciated it too.
Keep coming up with ideas! 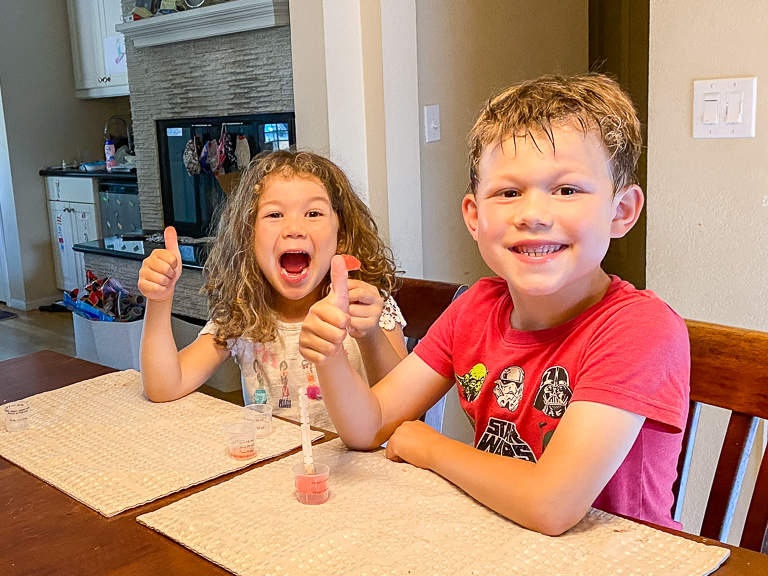