Those kids! They're always after those Lucky Charms.
And the best part about Lucky Charms is, of course, the Marshmallows! 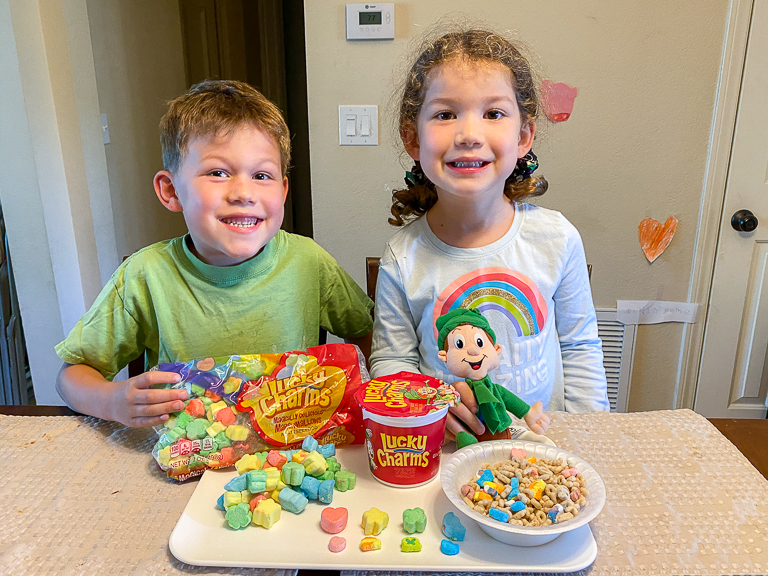 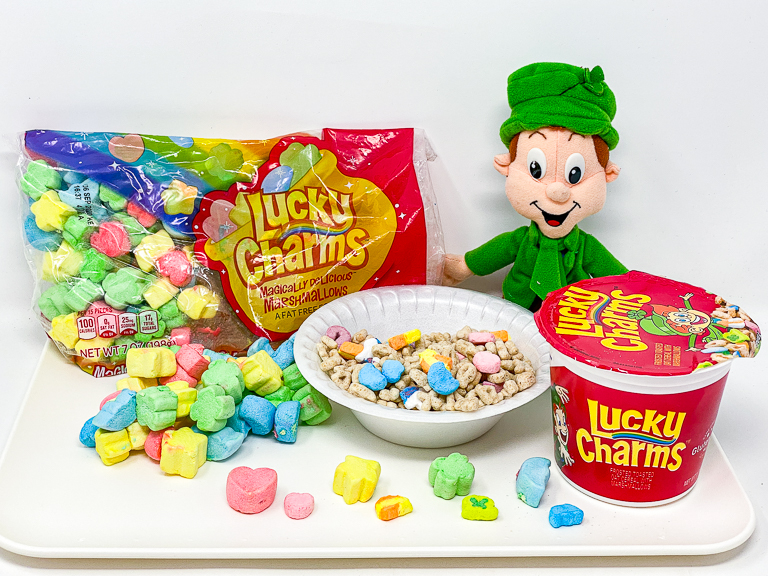 These marshmallows are in four fun colors and shapes. The Lucky Charms cereal was originally created in 1964 and the marshmallows have gone through plenty of changes. Originally just 4 marshmallows, now each bowl contains 8 unique marshmallows. 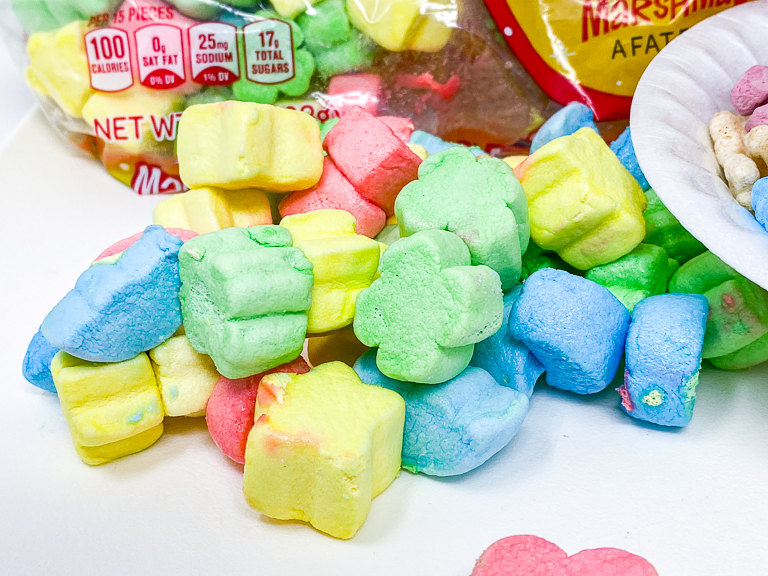 There's lots of versions of the jingle, but the one I remember is from ~1994 with "Hearts, Stars, and Horseshoes, Clovers, and Blue Moons, Pots of Gold, and Rainbows, and Tasty Red Balloons!"
Here's how the marshmallows match up to their cereal marshmallow counterparts.

Lucky! Those charms are for the kids! 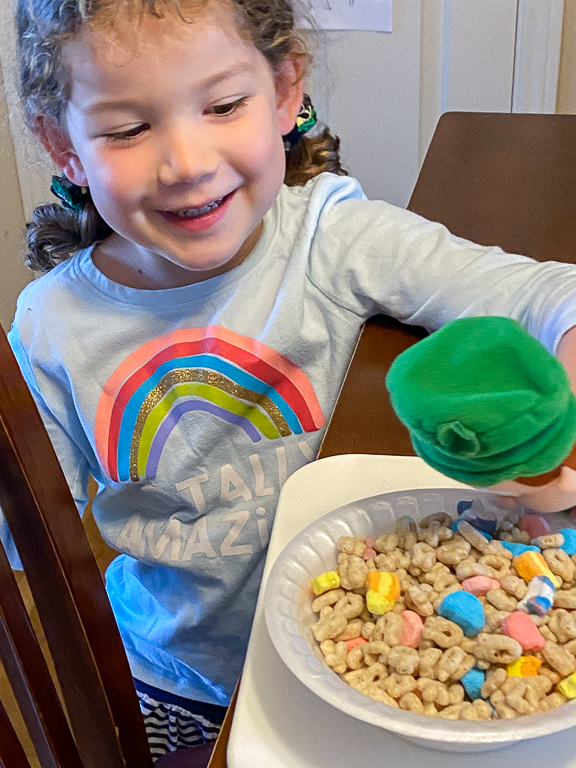 Let's eat up! First the kids wanted to taste the cereal marshmallows. 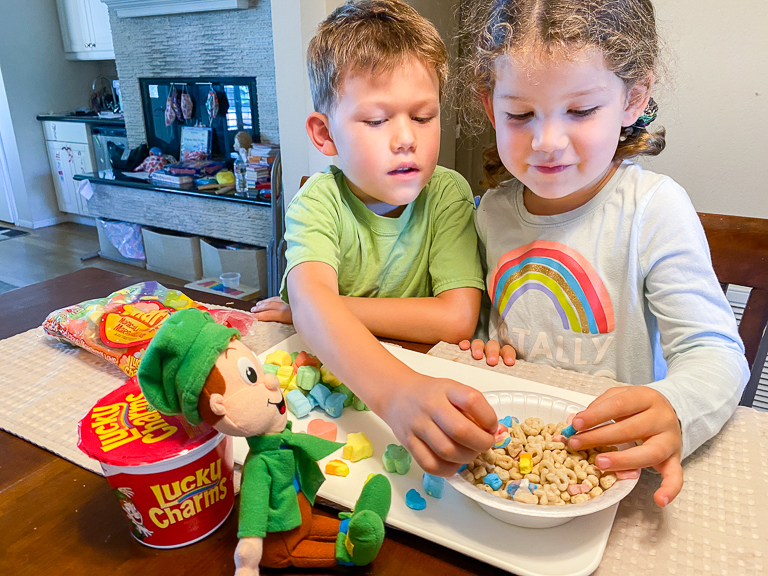 The kids did go pick out special clothes just for this. Alli is wearing her rainbow shirt and she's found a marshmallow that is a match! 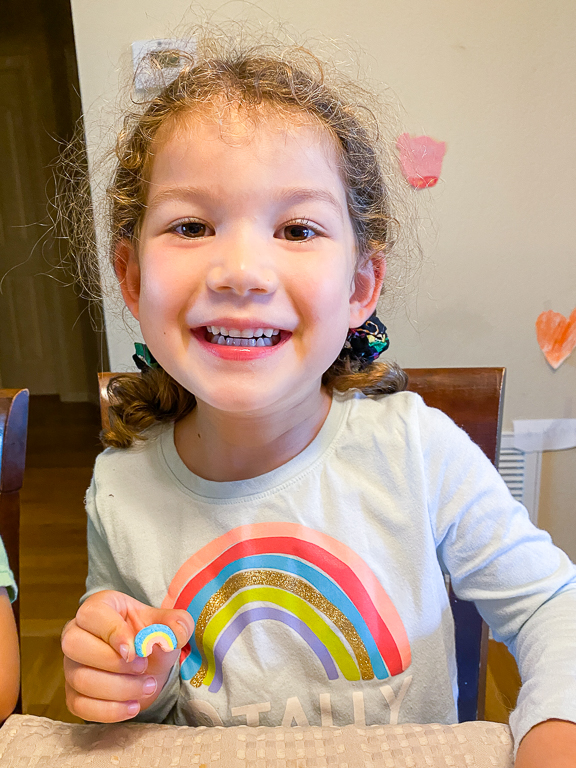 Alli pulled out all the different marshmallows she could find. 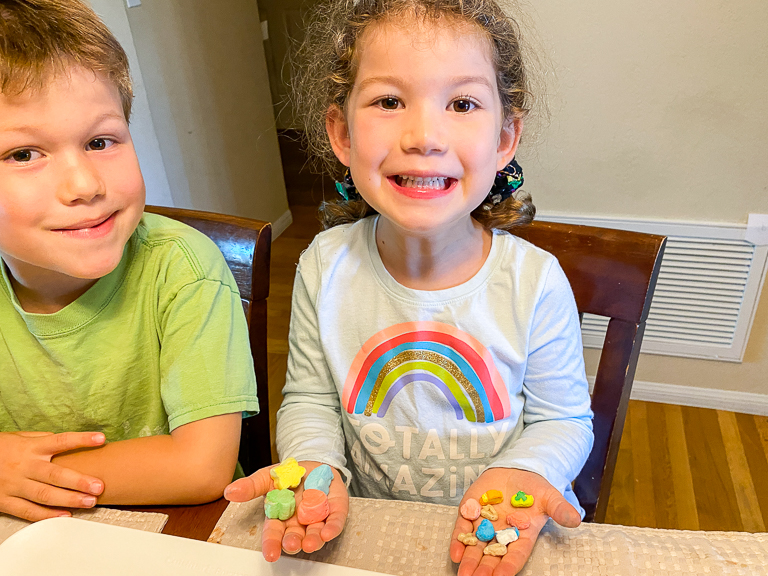 Our bowl didn't have too many rainbows or horseshoes, so they're missing here. The kids ate them all! 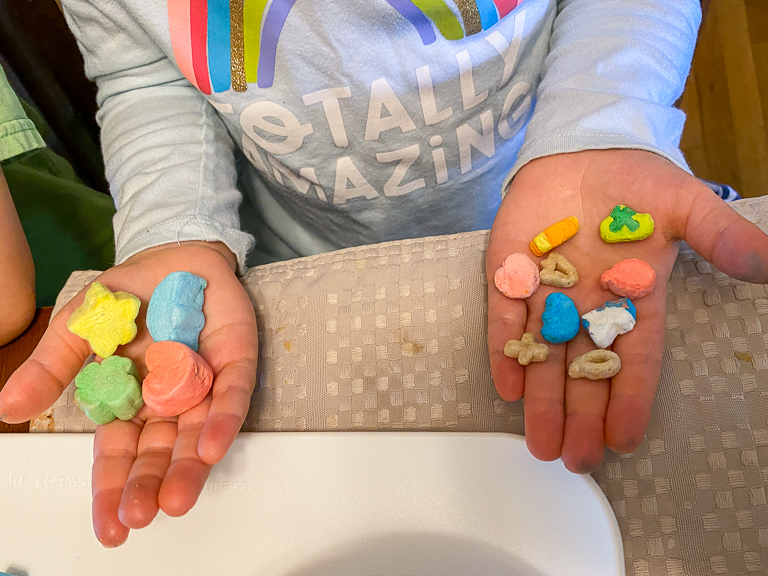 Alli was constantly giving Lucky, aka Sir Charms or L.C. Leprechaun, tastes of the cereal. 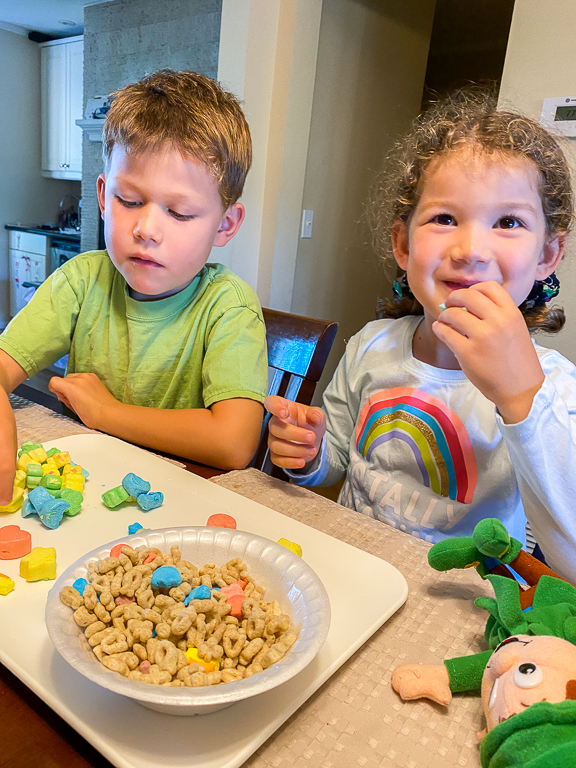 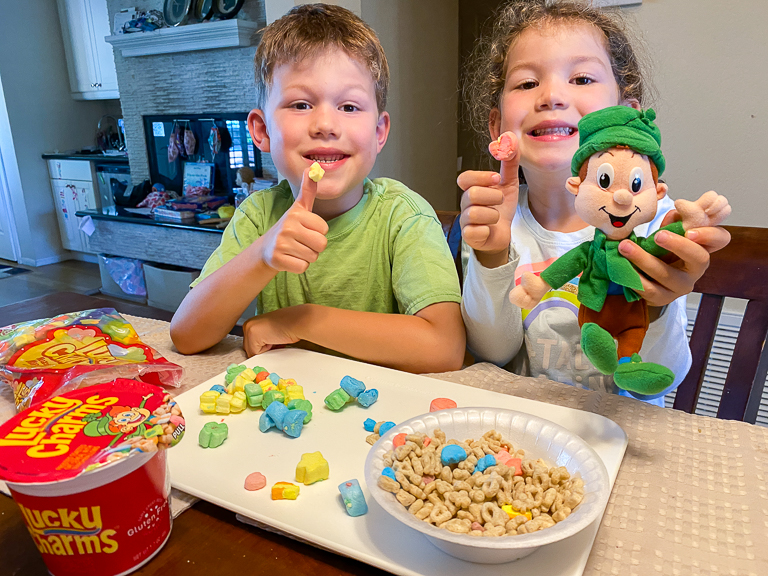