It's a hot one and the kids were wanting something cool to drink. I've got something special I've been saving for just such an occasion. I happen to find these while I was walking around Walmart and couldn't resist.
It's Skittles Drink Mix flavor packets! 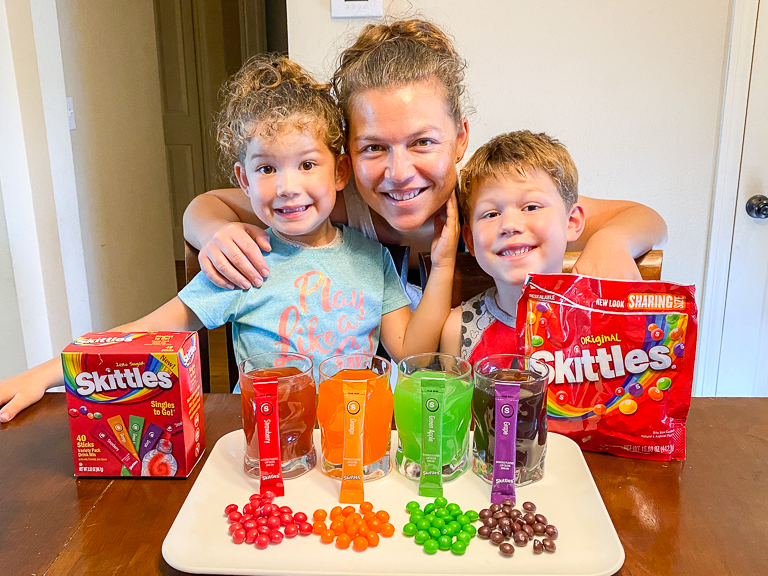 The kids helped me sort the different flavors of the drink packets. 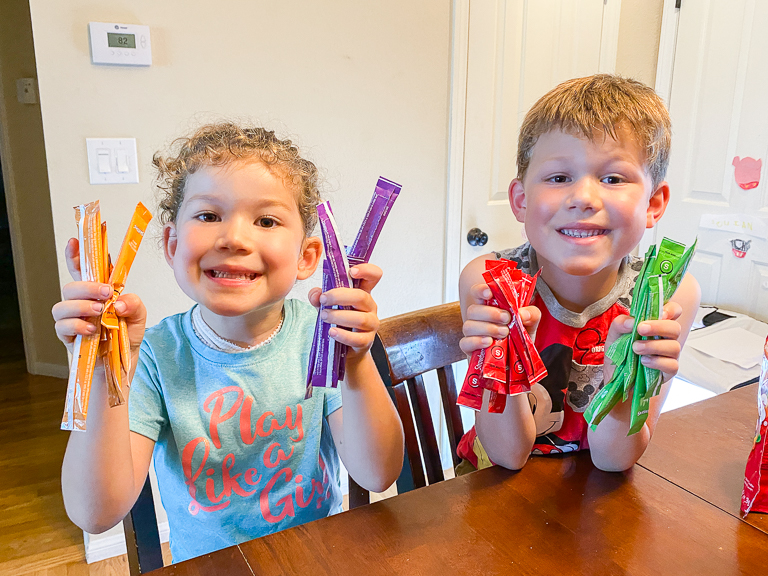 They could have done a better job with their mix of flavors though. There were 8 Orange, 8 Grape, 11 Sour Apple, and 12 Strawberry. But wait! That's only 39 packets! They shorted me 1! 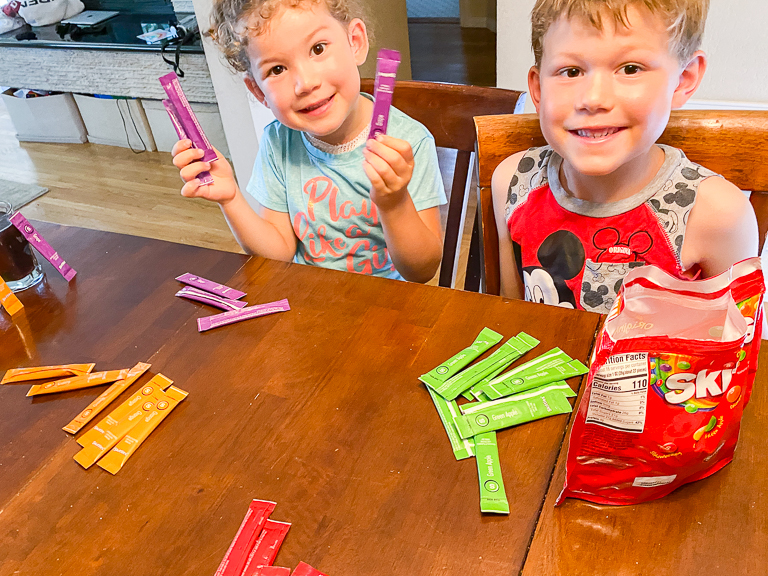 I handed off my camera to Ian while I mixed up the different flavors for us to taste. 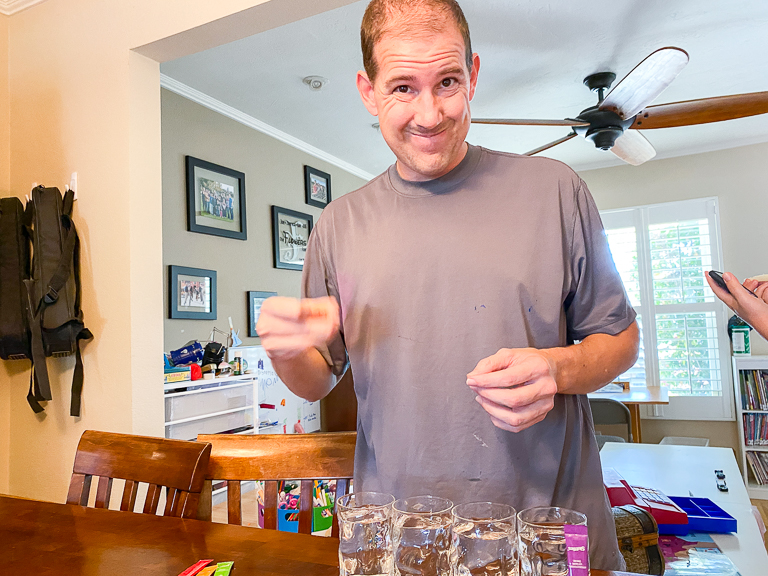 Ian's in charge of the camera and taking whatever pictures he likes. 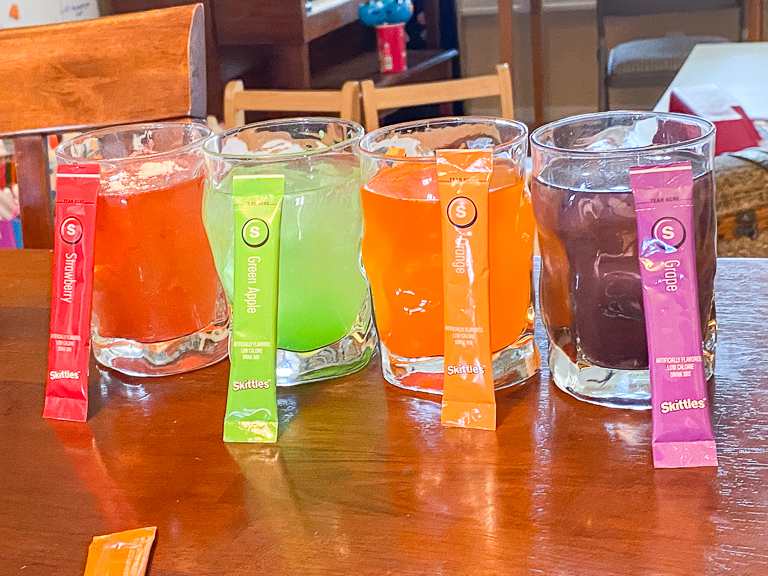 And then they helped me sort the different Skittles too, so I could get my product shots. 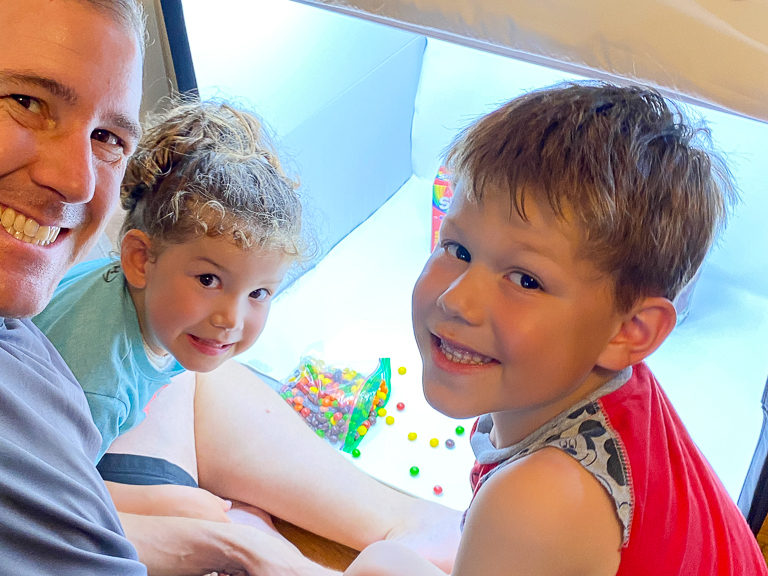 While I'm setting up, Ian saw my phone and started taking more pictures. 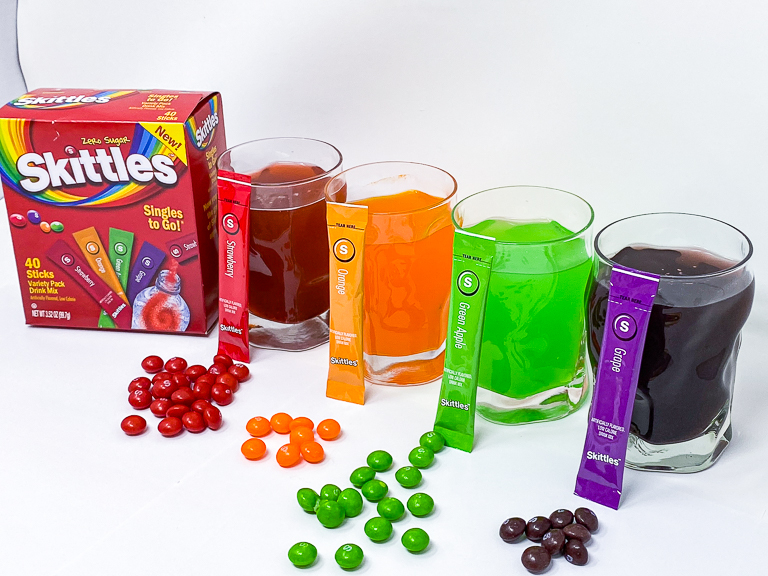 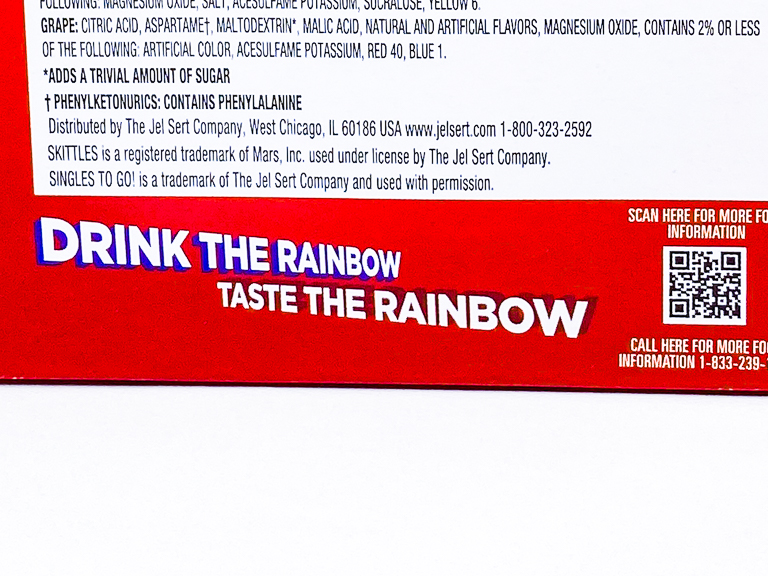 Well they're not going to provide Yellow Lemon, but we're going to taste it anyway. 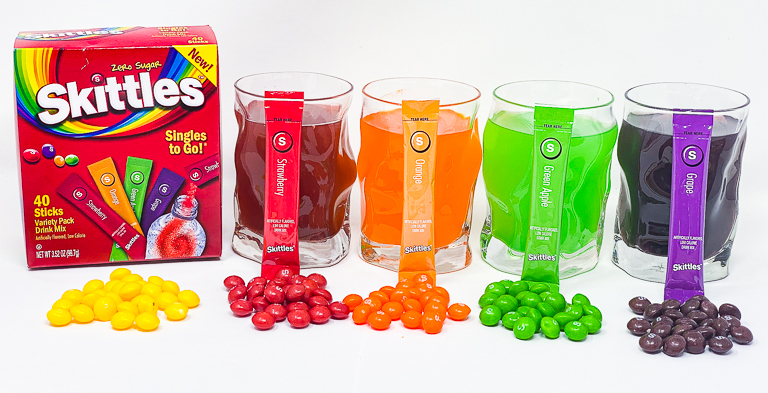 Let's eat them! What order should we go in? The order of the rainbow sounds good. Red, Orange, Yellow, Green, Blue. 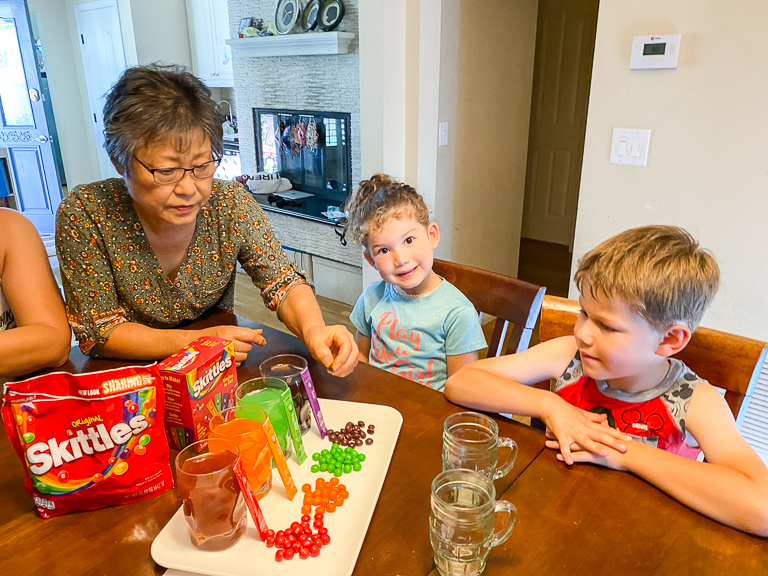 Alli is giving Grammy the eye isn't she. Going out of order and not waiting for everyone else. Hmm. 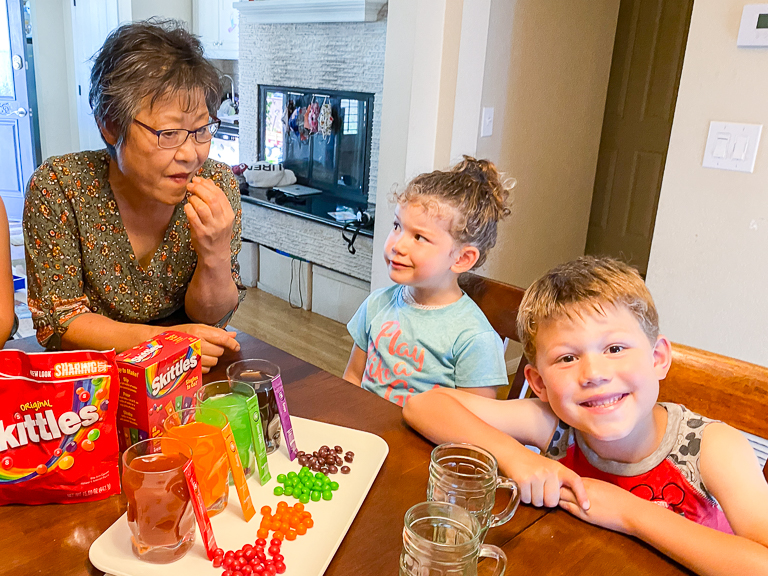 Our first flavor is the Red Skittles Strawberry. 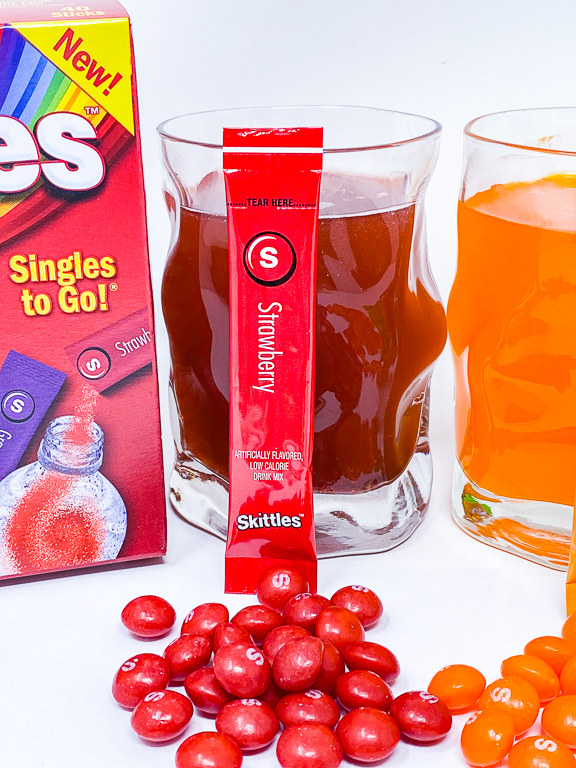 The kids liked it. Hmm. It does taste like strawberry drink mix, but it certainly doesn't taste like Skittles. 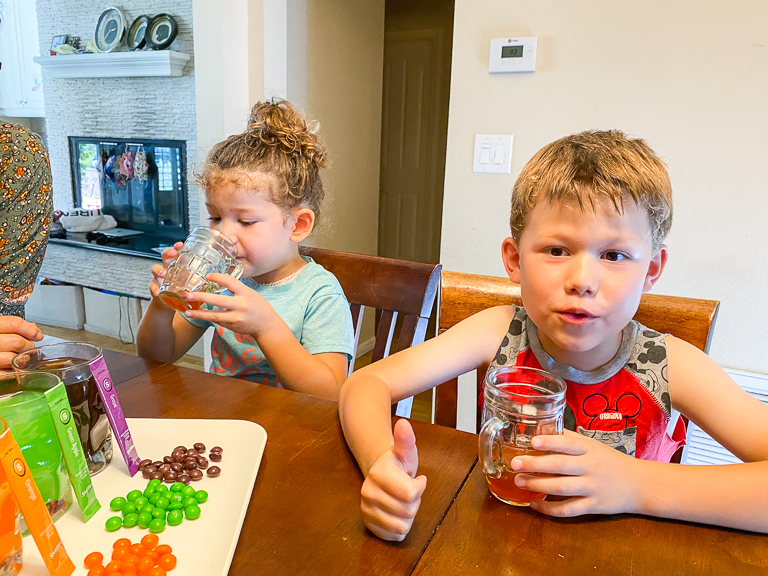 Next is the Orange flavor and color. 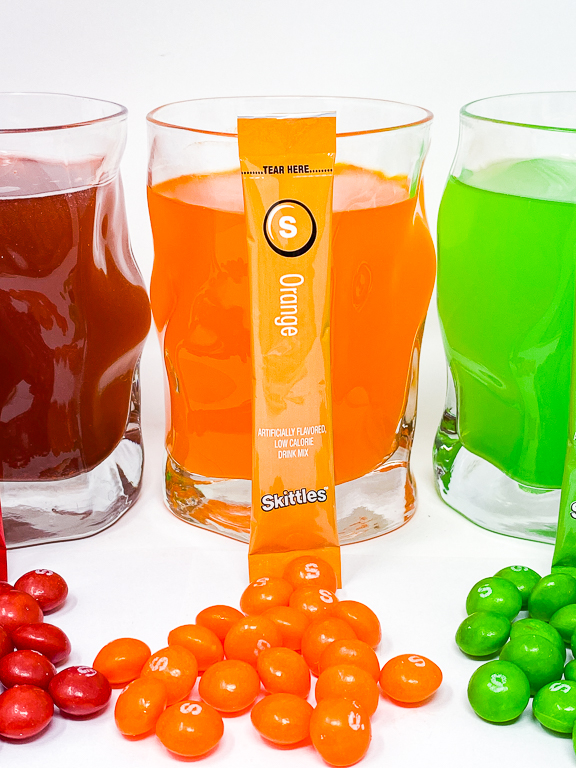 Again, it tastes orangey. Not like Skittles. A bit like the Tang drink mix that I remember. 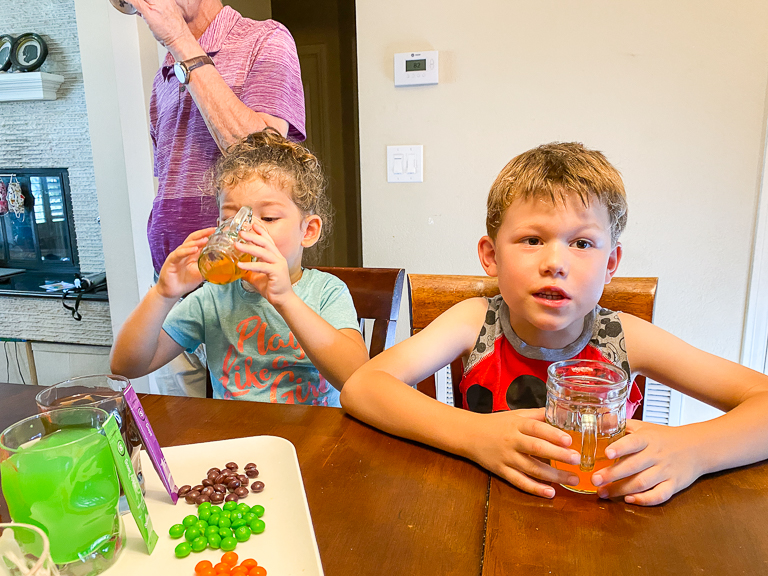 Ian said he's been looking forward to this one the most. It's the Green Skittles Green Apple flavor. 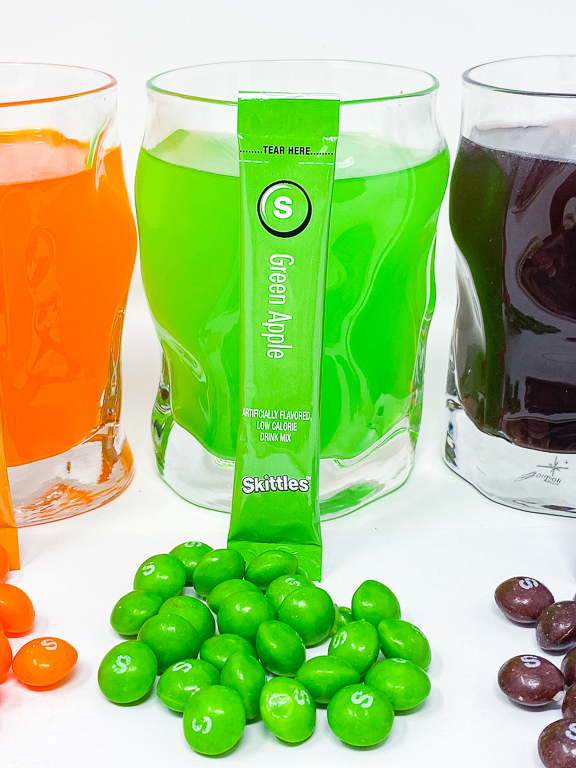 This one is Ian's favorite. This boy loves his green apple. He said it tasted like a Jolly Rancher. 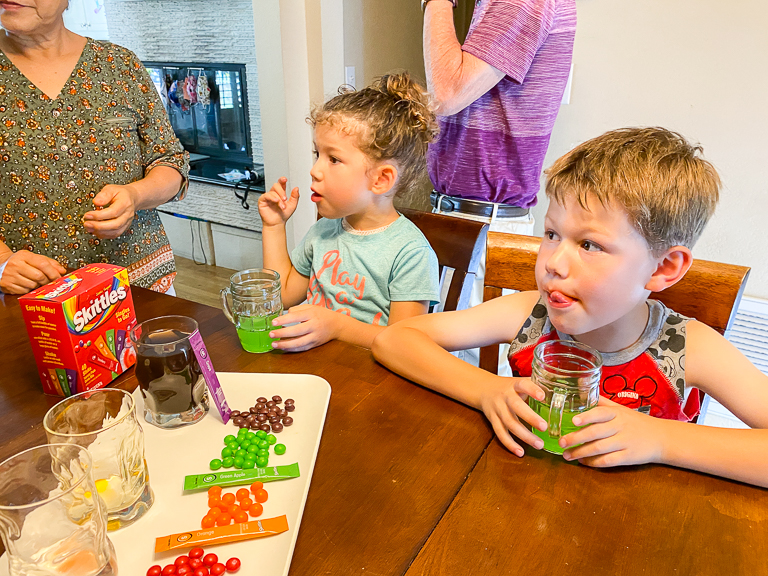 The adults though still prefer the old Green Lime flavor to the new Green Sour Apple flavor. Theresa thinks it's a generational thing. Which prompted her to look up what the kids' generation is called. Turns out they're Generation Alpha, born in the early 2010s-2020s. 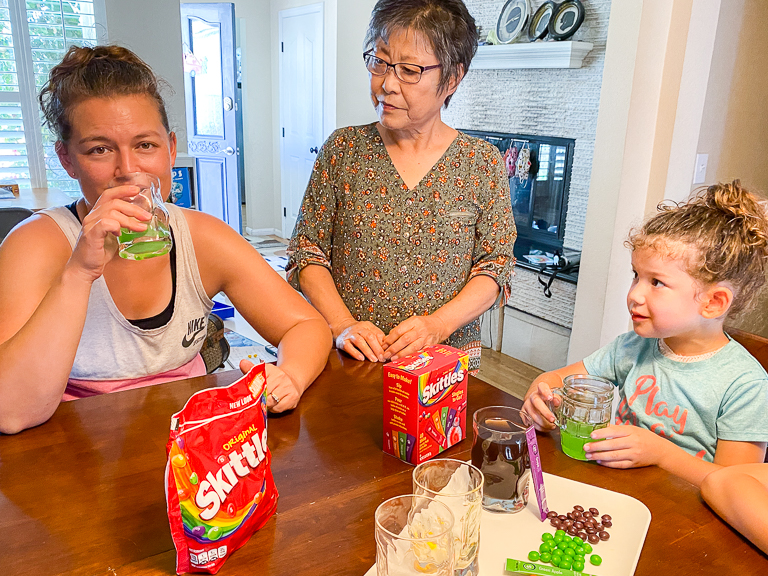 Last up is the Purple Skittle Grape flavor, the one I'm looking forward to. Yum! It's tasty, though Ian thought it was terrible. 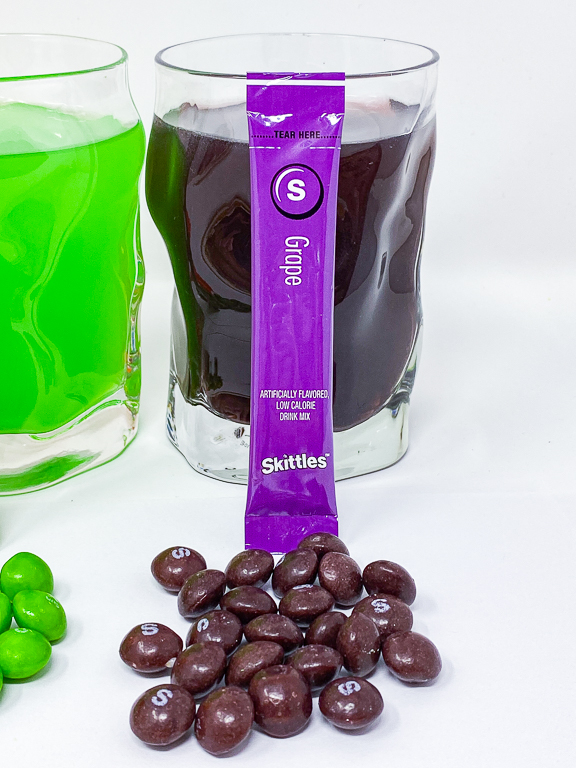 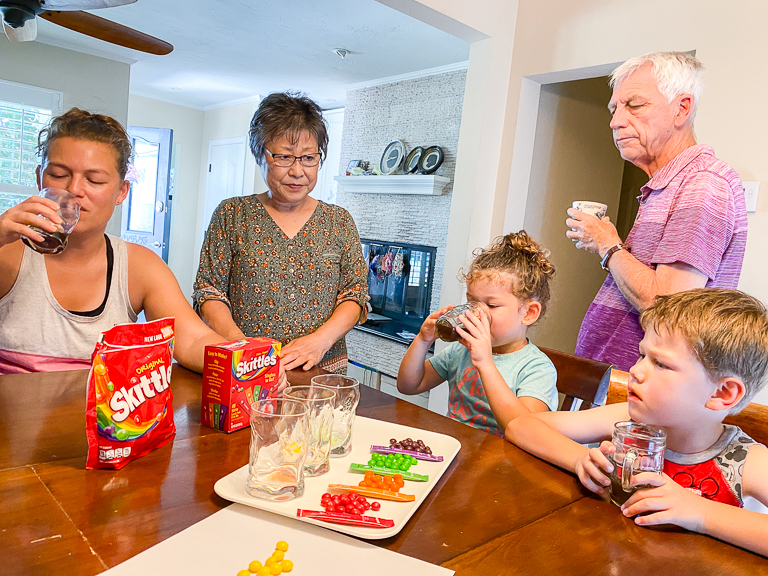