Our morning started at Sunset Point, but there's plenty more hikes to do at Bryce Canyon. Let's go visit a few more! 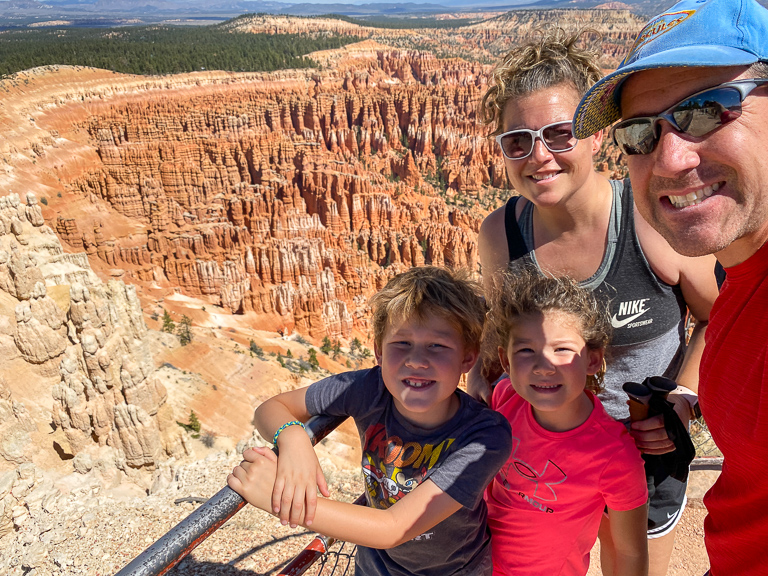 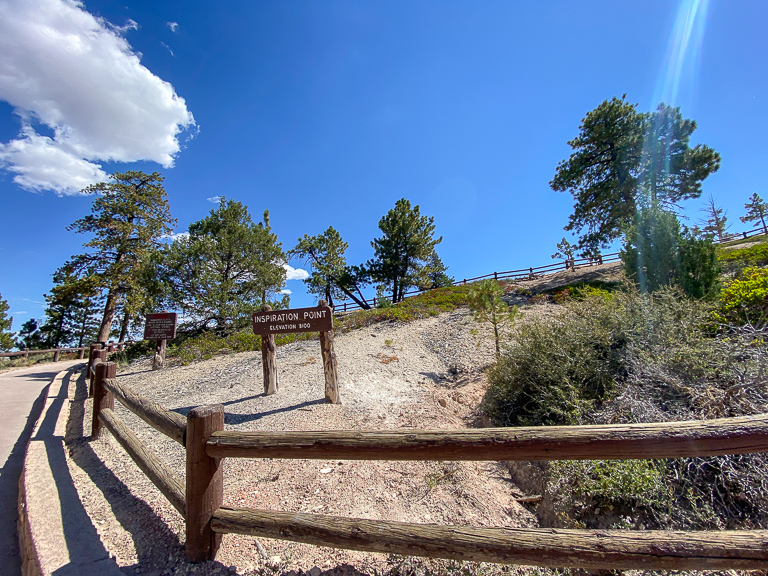 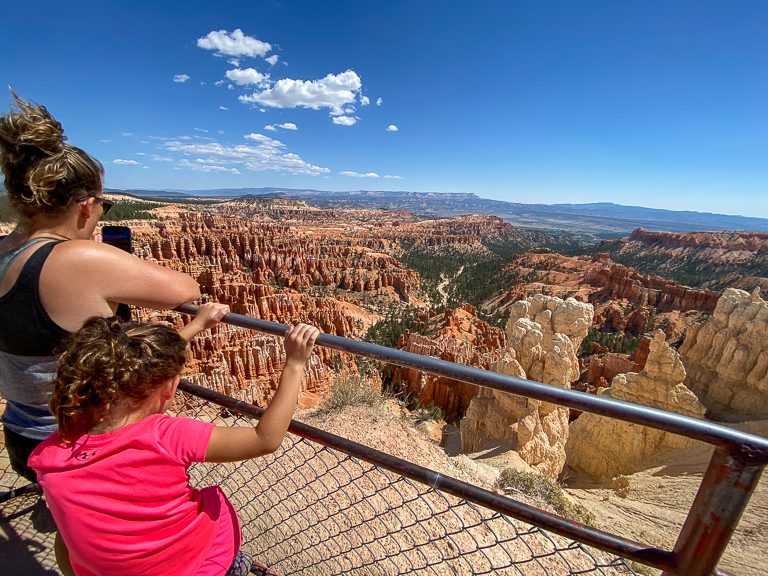 Or further along the rim to Bryce Point. 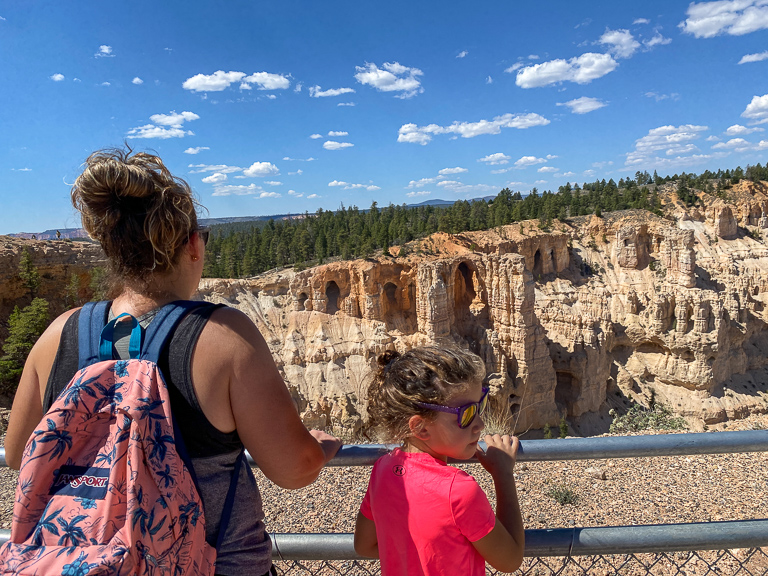 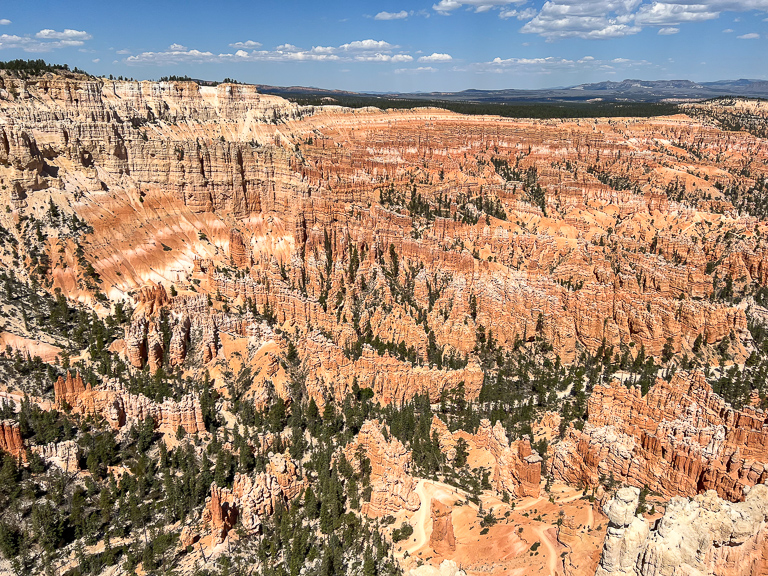 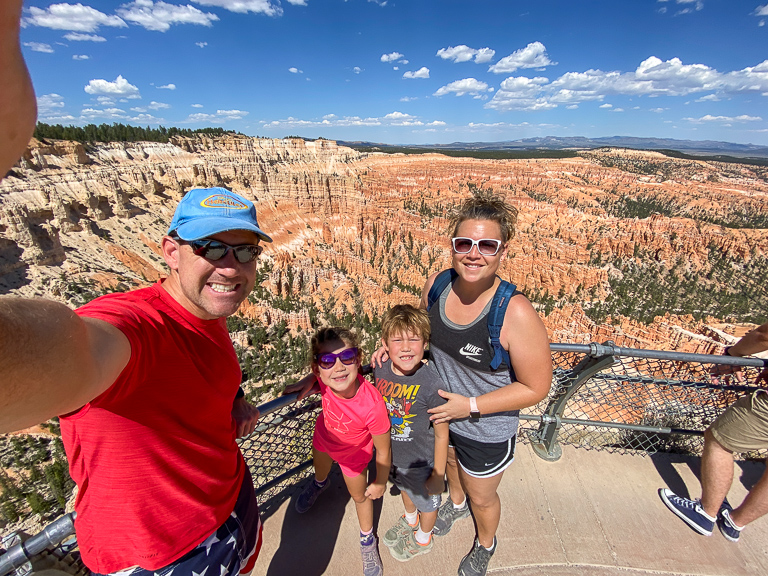 The canyon is full of these crazy spired hoodoos. 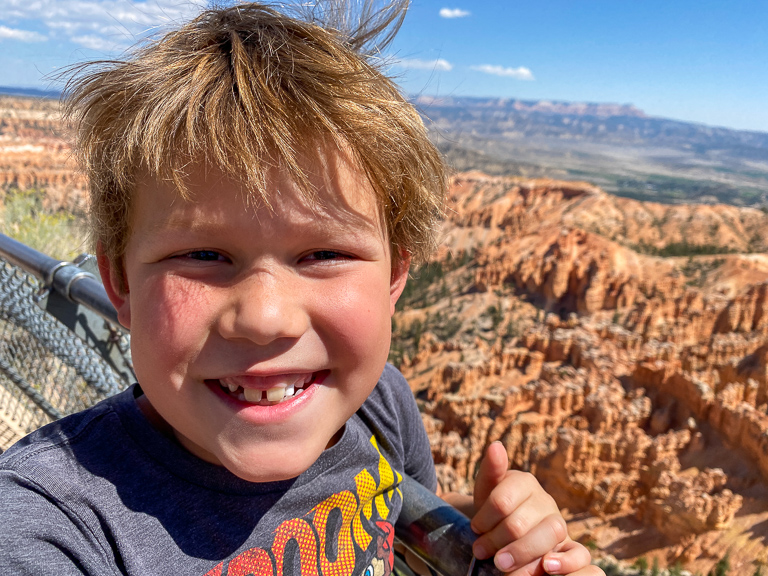 Inside the park is a general store. 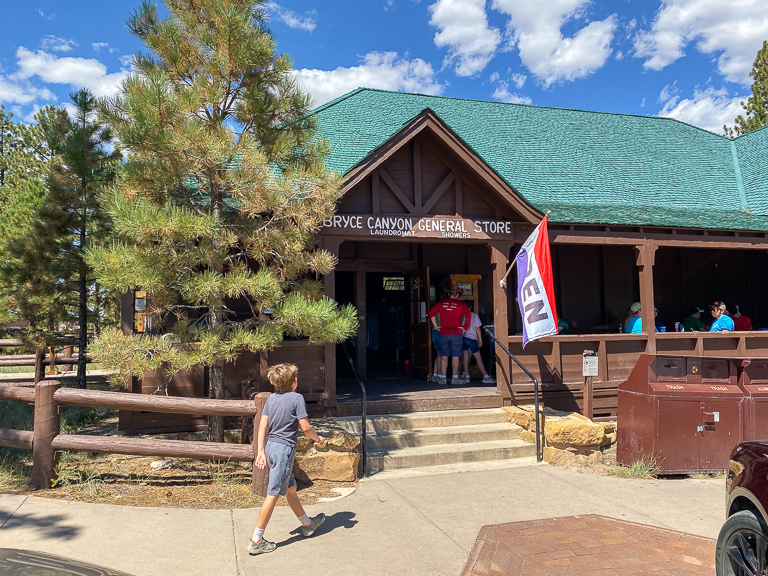 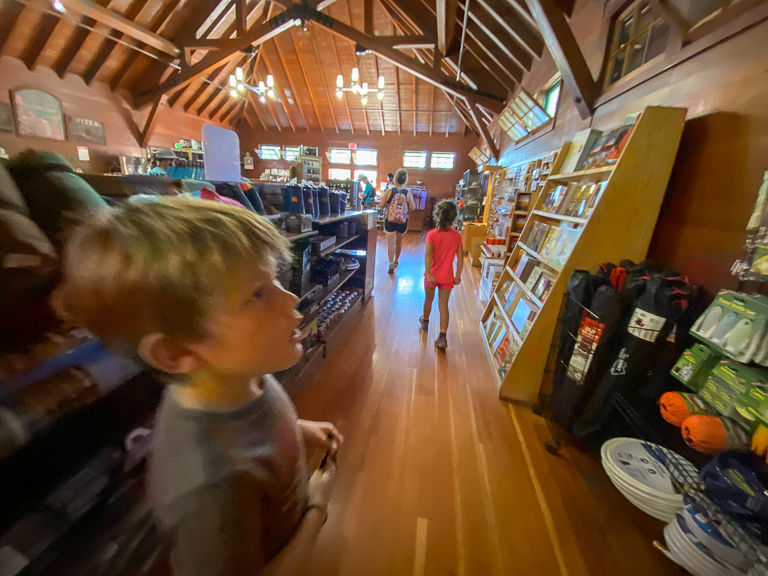 We heard really good things about the pizzas and it was smelling really good, though we already brought our lunch. I do like the chalk drawing someone did. 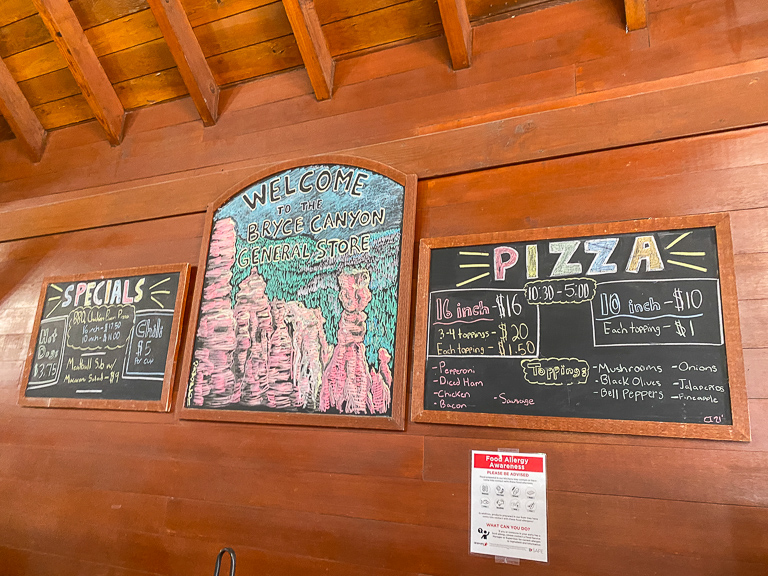 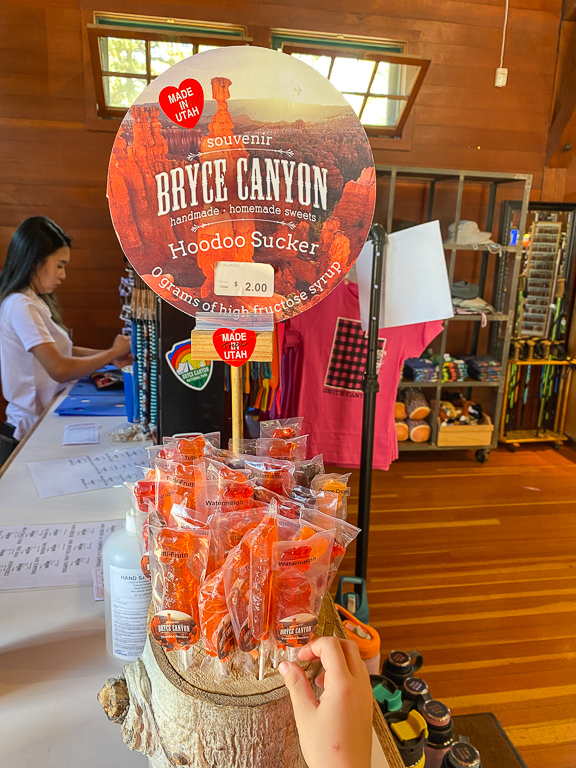 But what caught our eye were these Henry Weinhard's sodas. Only $1.25 each for a specialty soda! Let's try them all! 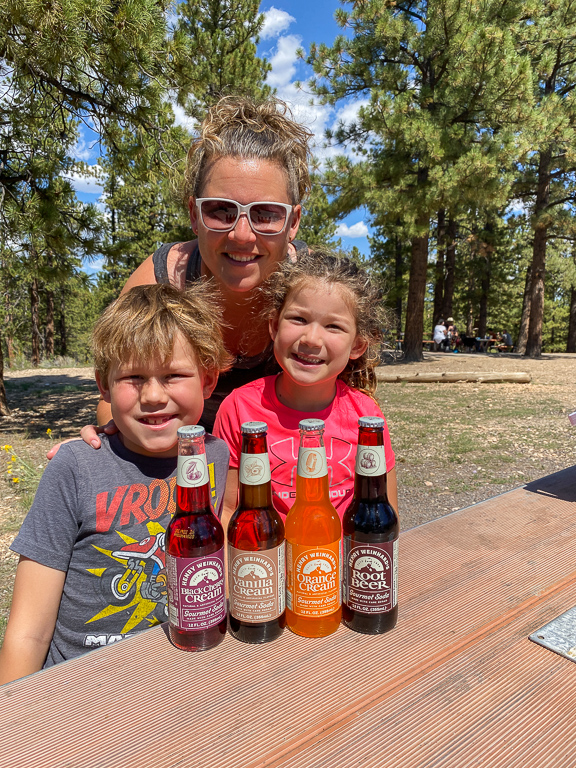 Looking later, it's not a Utah based company, but I still want to try them. This is all four flavors they make. 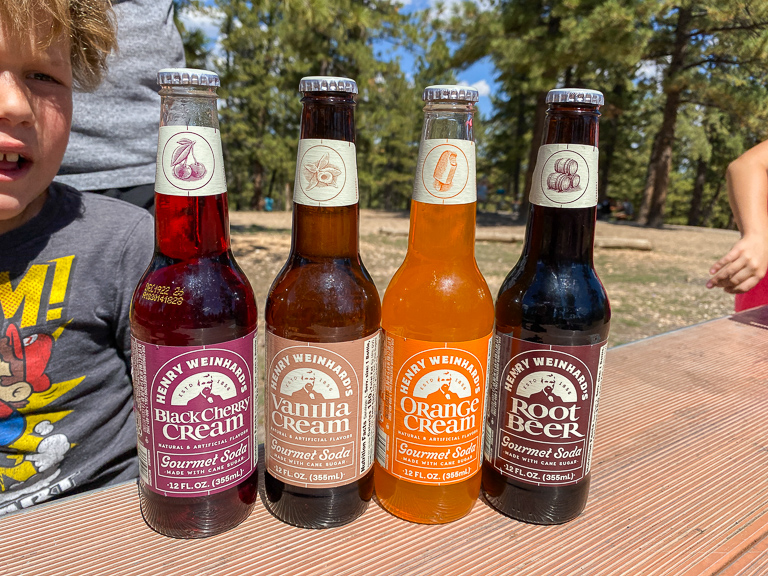 I like that they have the original label on the bottles, plus these secondary labels at the top, showcasing what's inside. 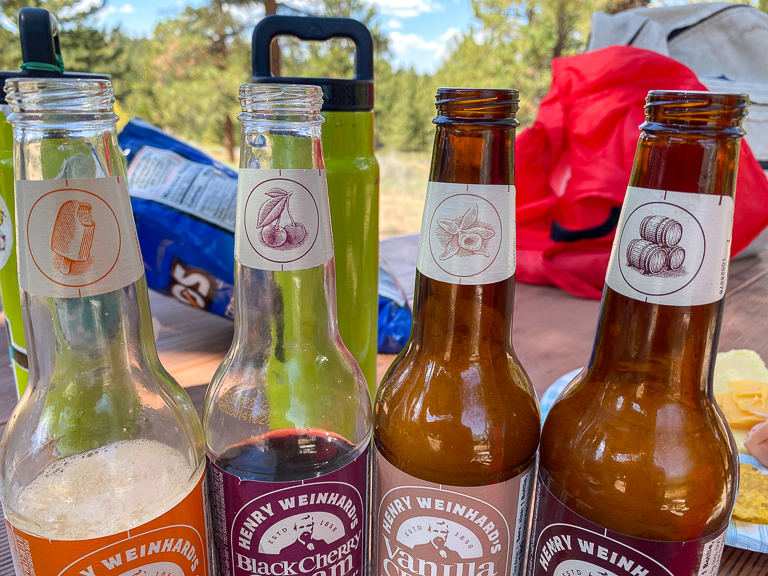 Vanilla Cream:
Joe - It's not quite a cream soda.
Theresa - It doesn't taste like vanilla to me either. Almost like a sweet fruit. A weird fruit.
Alli - It tastes like. Something. Weird. Something that I can't name. It is not good.
Ian - This vanilla creme is not good.
Black Cherry Cream:
Alli - It really tastes like cherry.
Joe - I get the black cherry. Not so much cream, but it's still good.
Theresa - It's a good black cherry.
Ian - That's pretty good.
Theresa - These bees are persistent! I'm about to go eat in the truck! 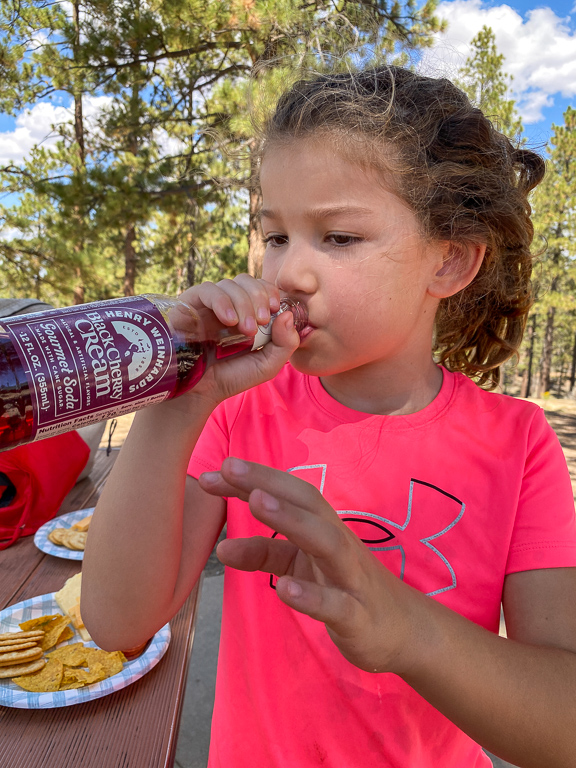 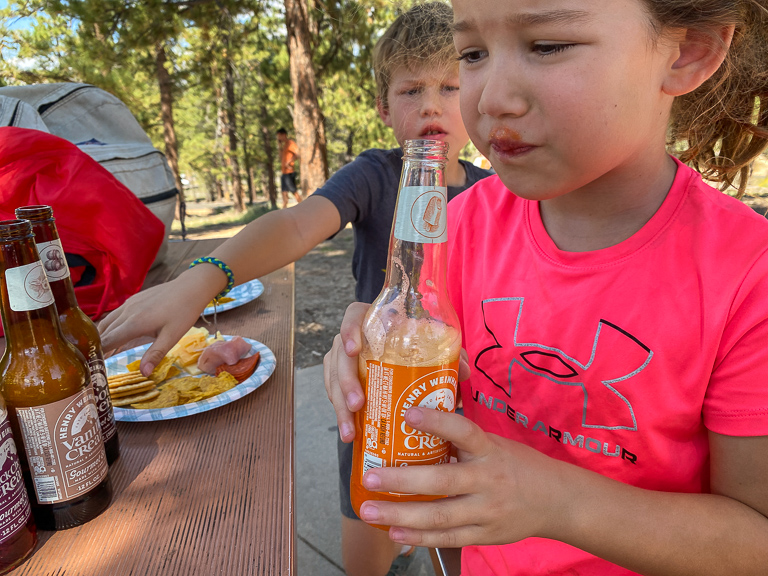 Favorites for these were Black Cherry Cream for Alli and Theresa. 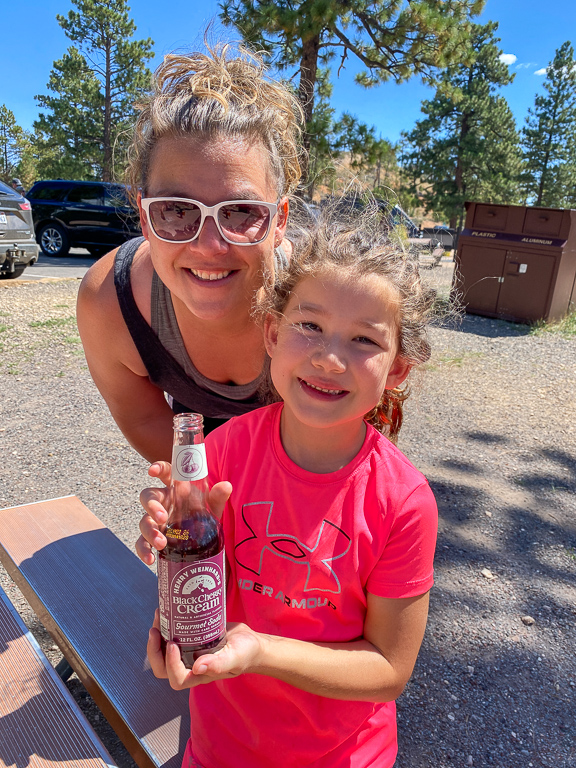 And Ian and I liked the Orange Cream the best. 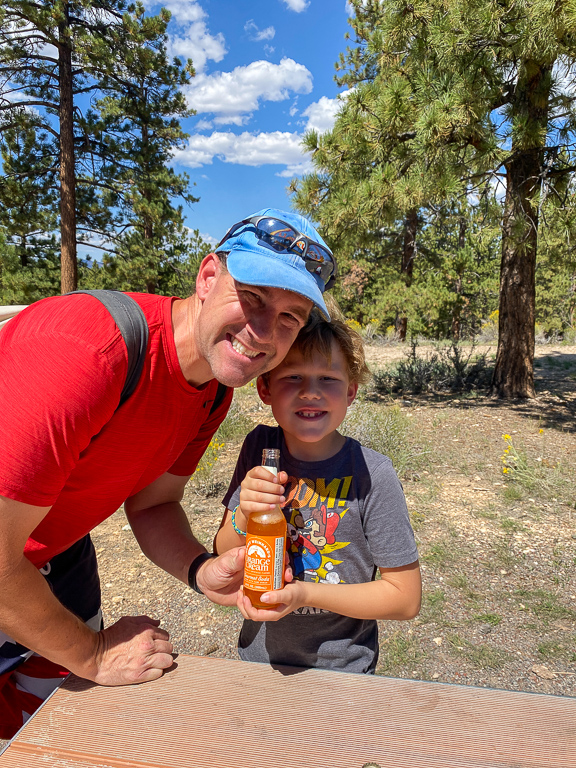 What's making all that racket? 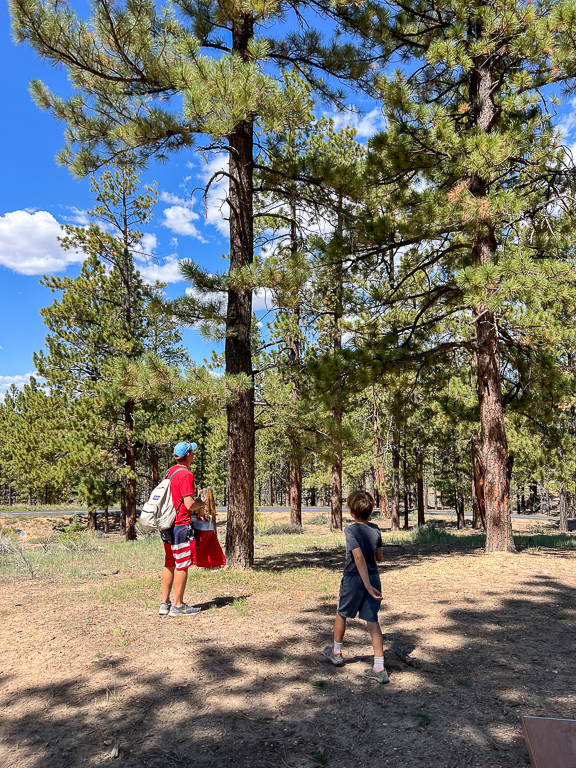 This blue bird hanging out in the tree. 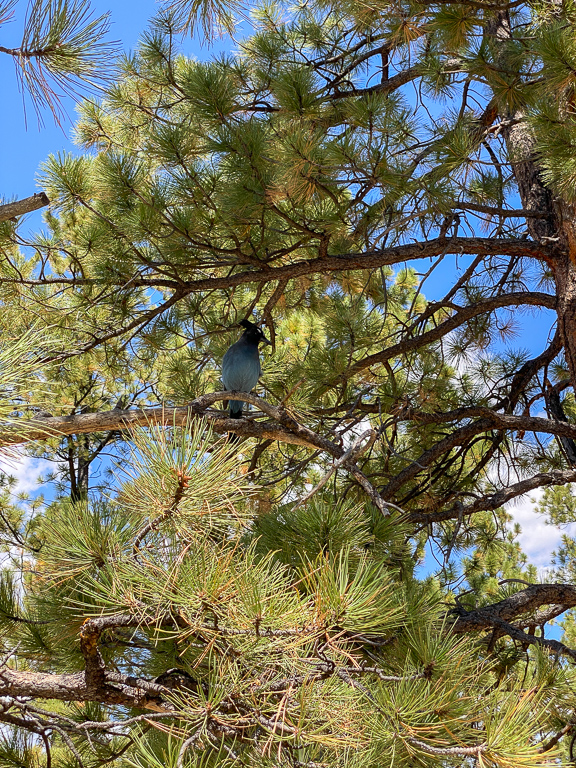 The kids have been busy completing their Junior Ranger books today. 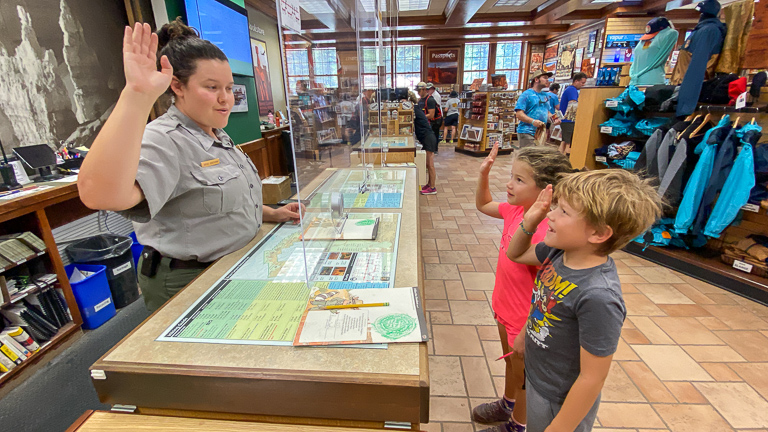 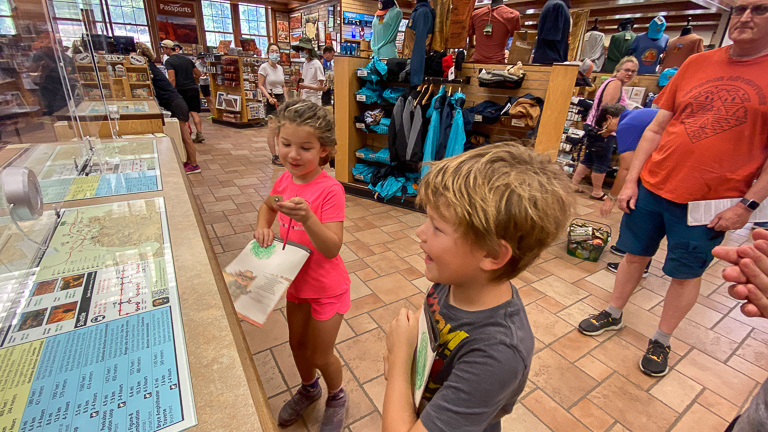 Alli thinks the Prairie Dogs we've seen along the roads are adorable. 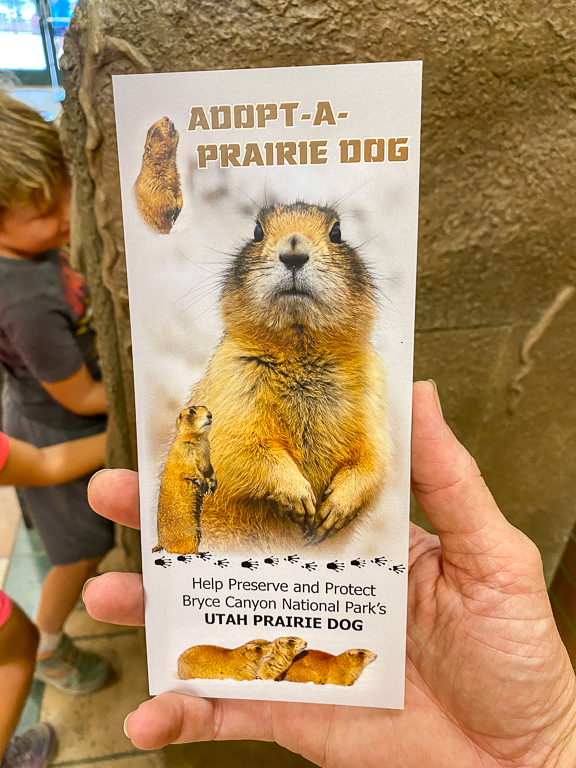 They so want to adopt a Prairie Dog. 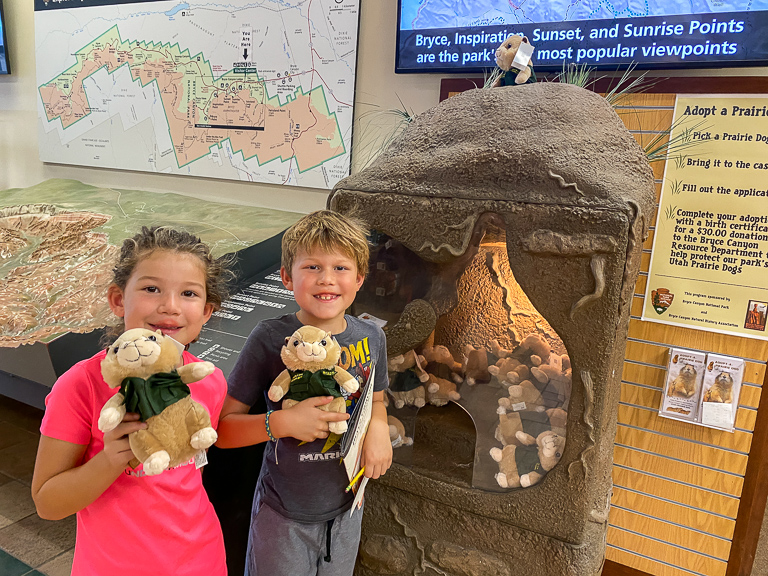 Maybe they can pretend to be one instead. 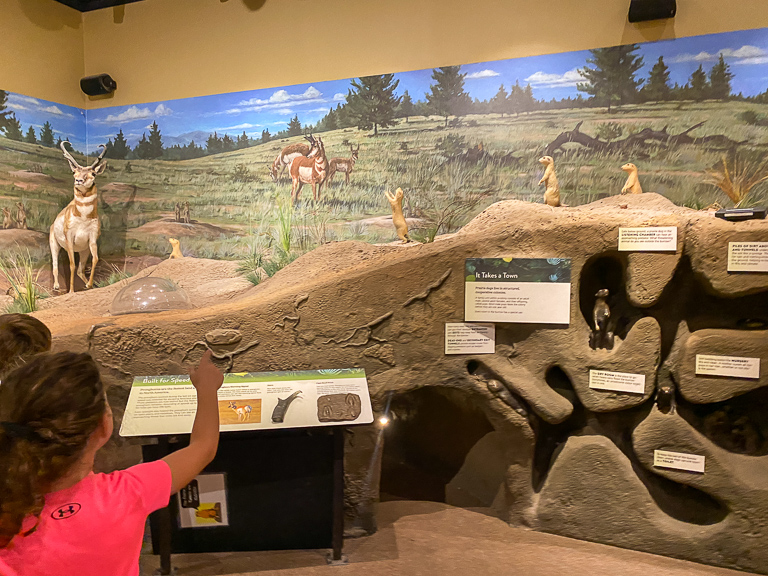 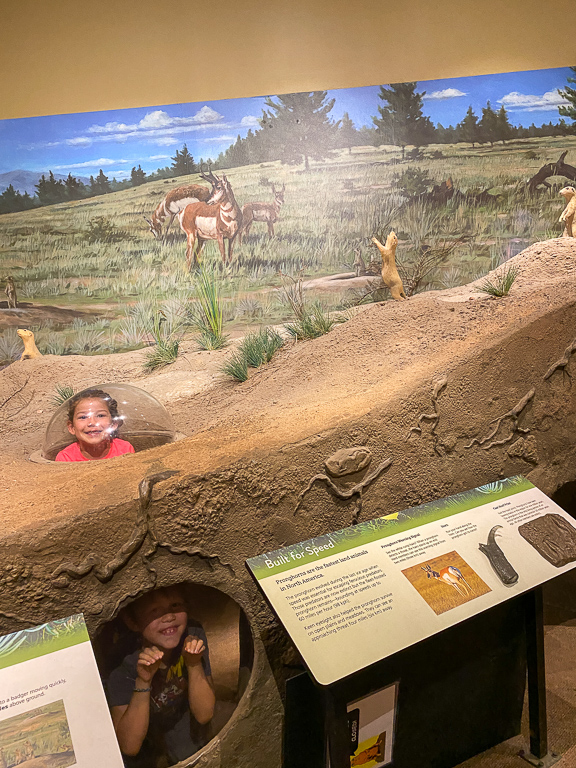 A look at the various rock layers that make up the area. The Grand Canyon is at the bottom on the left. Bryce Canyon, in the Pink Cliffs of the Claron Formation, is at the top right. 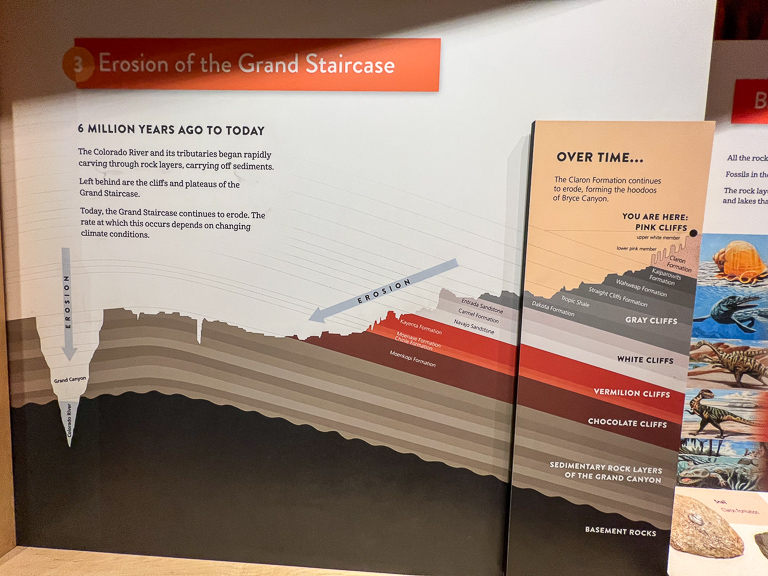 It's been a fun day, but let's go see even more of the trails here! 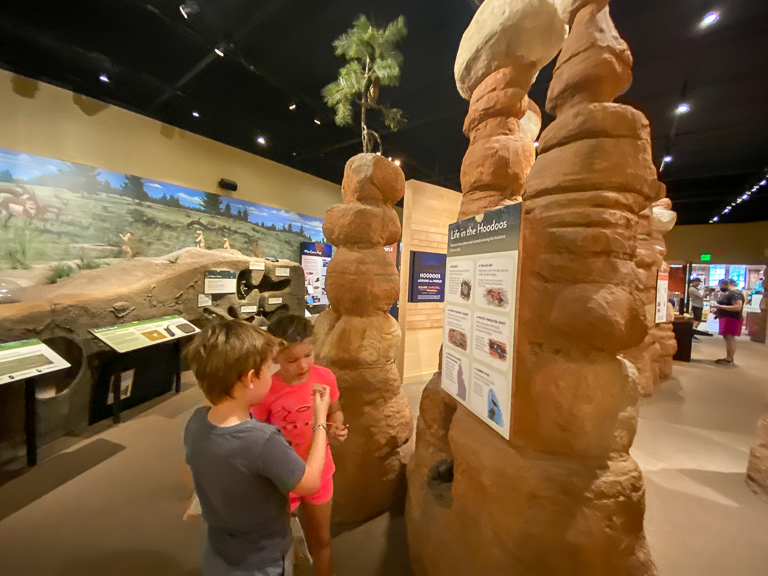