The day started bright and early at 6:45am. I woke up and was too excited to go back to sleep. Theresa and I finished packing and we headed to Jacob's house at 8am. At 8:30, we left his house to meet Ruston for breakfast. Since we'd be in the parks for so long, we decided to meet at The Original Pancake House. We got there right at 9am and Ruston wasn't far behind. At 9:20 we were seated and we all got a big breakfast. 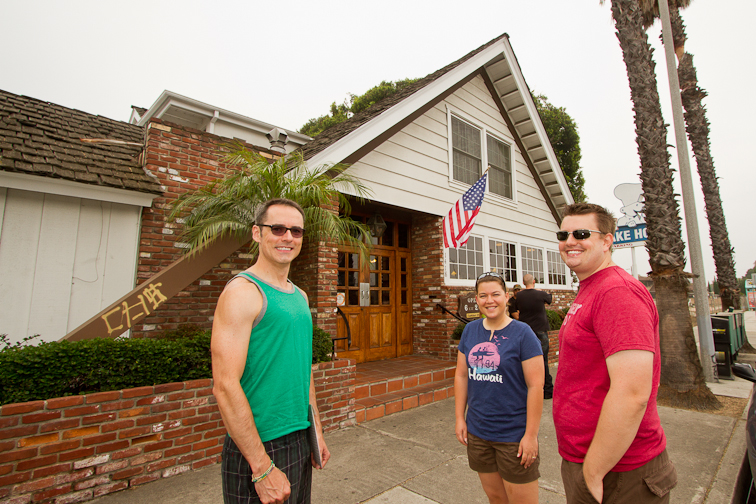 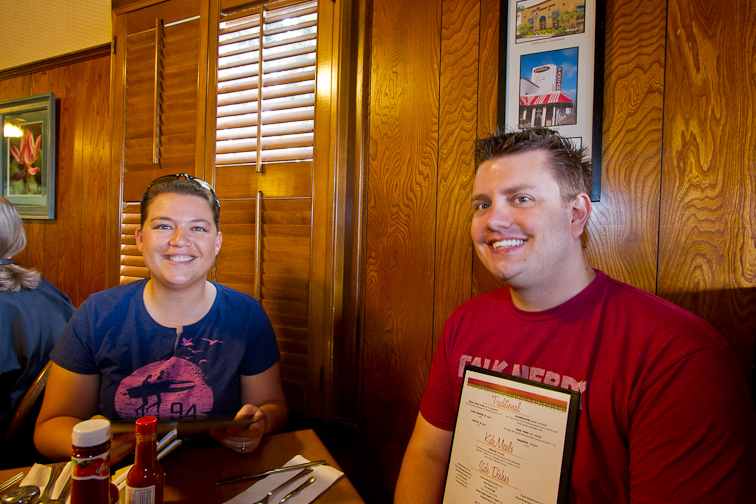 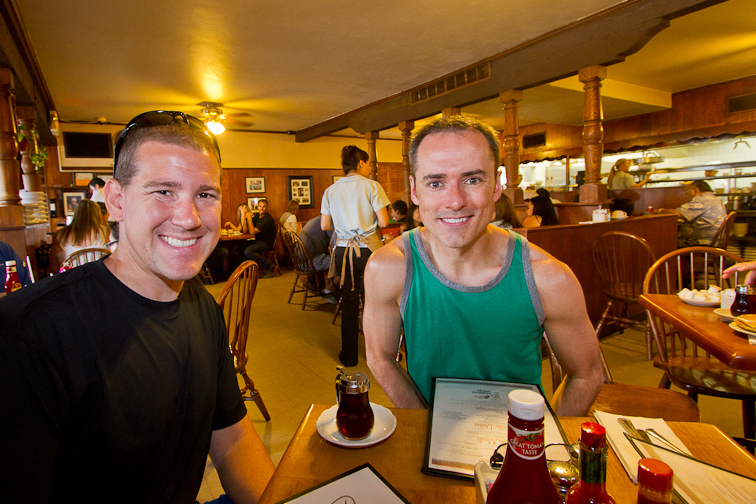 Jacob ordered Bacon pancakes which said it had bits of bacon in it. Surprisingly when they came, there were six huge pancakes with ~half a strip of bacon in each of them! That's a lot of bacon! 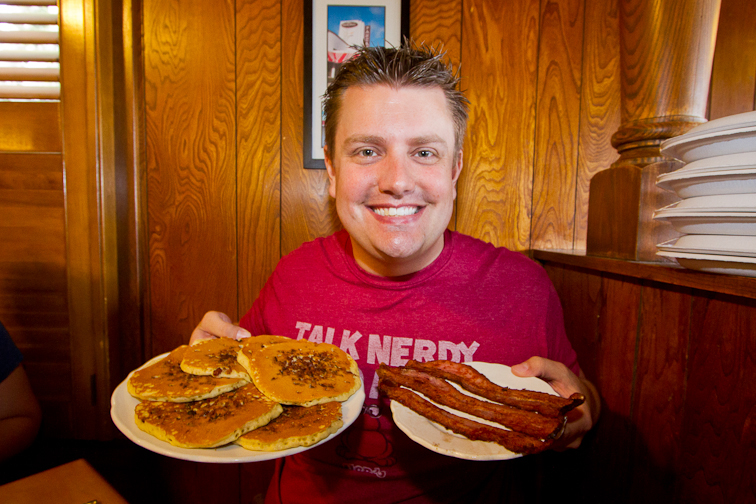 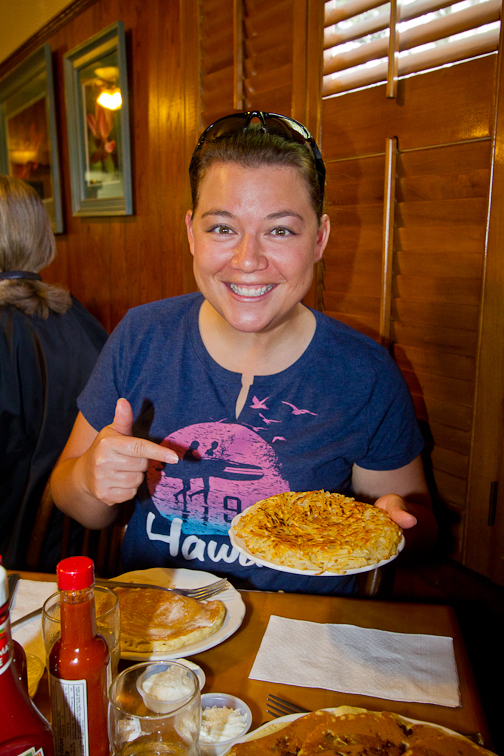 Bacon omelet for myself, hash browns and a pancake for Theresa, bacon pancakes for Jacob, and a veggie omelet for Ruston. All of it was tasty. It's not that far from Disneyland and it's really a great place to enjoy breakfast!
I joined Ruston in his car and we stopped by Walgreens to grab a few last minute supplies for the night.

Theresa and Jacob made it to Disney's Grand Californian before us and got through the security gate easily. When Ruston and I got there though, it took minutes and cars were backing up behind us before the security guy let us go. 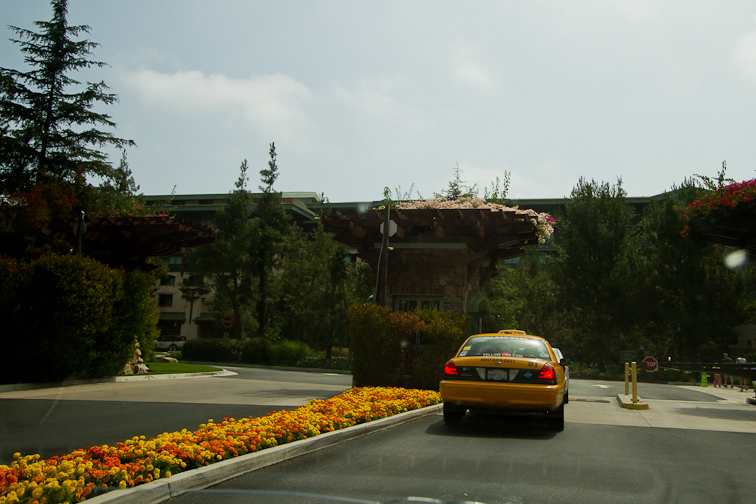 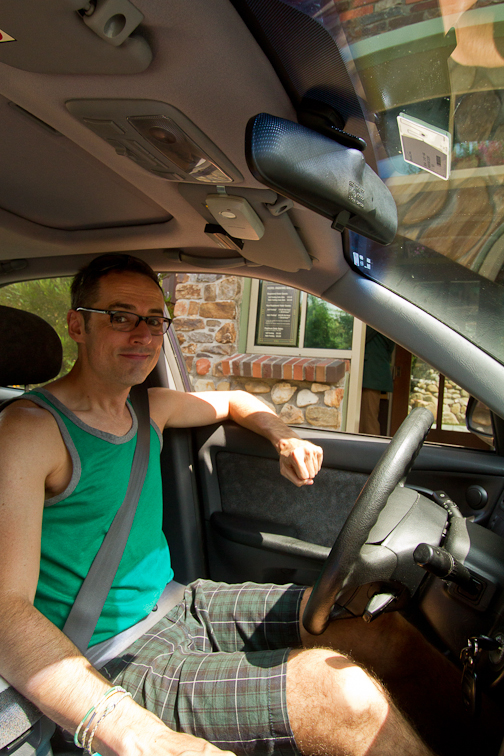 There was supposed to be some sort of welcoming/greeting for Ruston as the Dream Suite winner, but it turned out, we were early and wouldn't meet our hosts until 2:30.
We unloaded the cars, gave our bags to the bellhop, then went to pick up tickets. We're inside the Disneyland Resort! 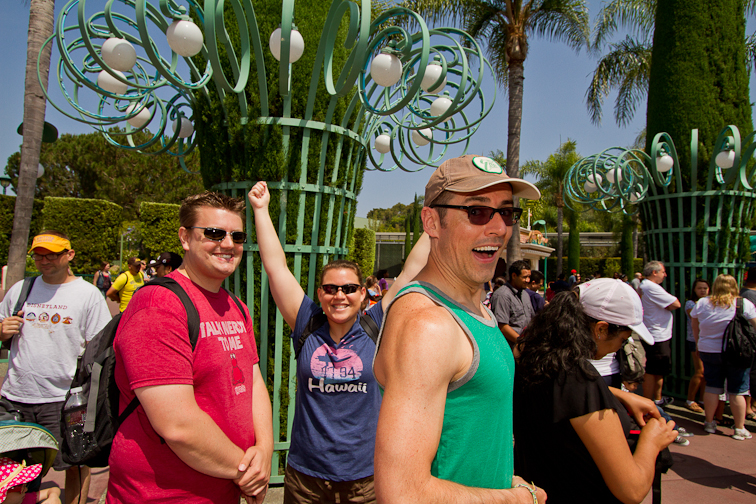 Each of the overnight guests got a complimentary 2 day park hopper ticket. 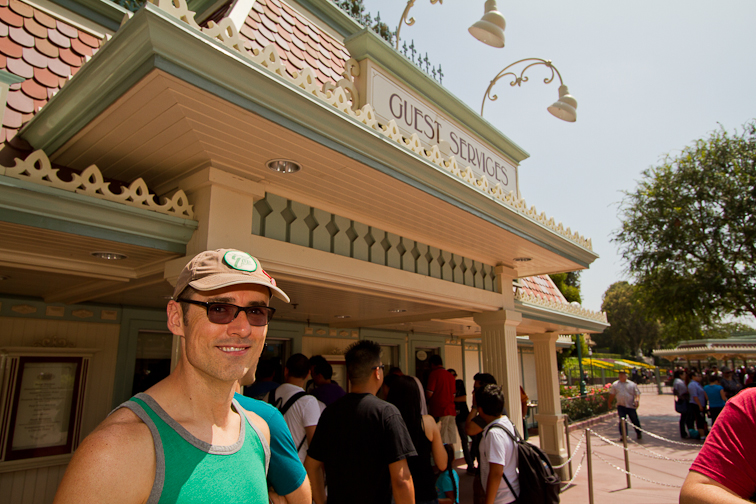 The trees out front were blooming and were absolutely beautiful. Theresa and I grabbed a couple pictures. 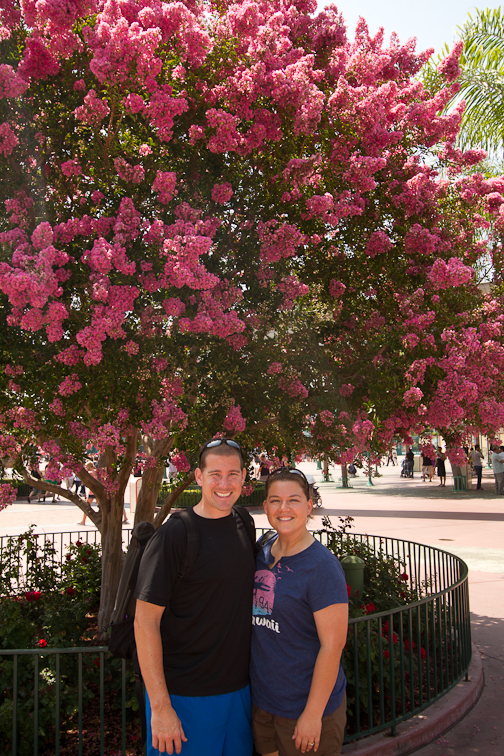 If you read the first post, you'll know that Ruston was making special invitations for all his guests. Ruston, with help from Monica, Theresa and I, made some cool invitations for the people joining us later tonight. Each group got their own envelope with a Mickey Ears invitation and a clue for what the password was to get into the suite. We rented a locker outside the entrance and sent a text with the unlock code to all our friends. 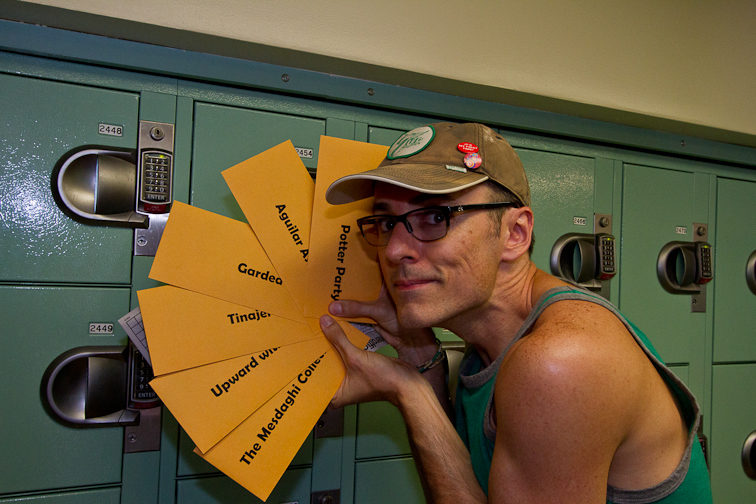 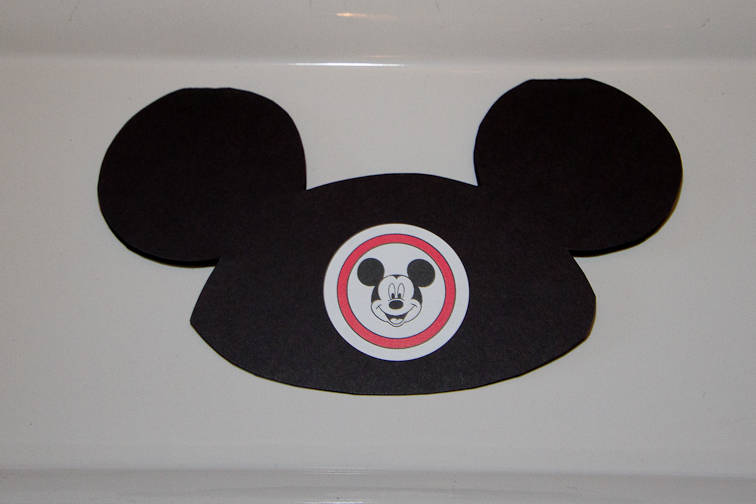 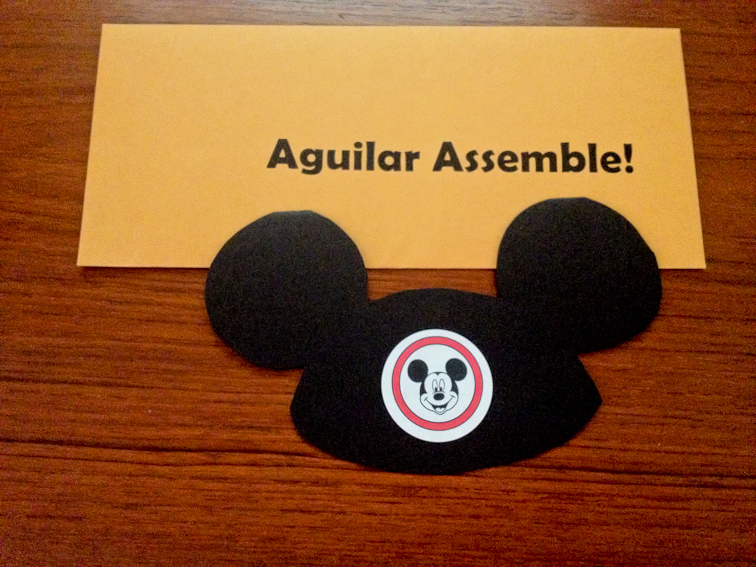 Personalized with each person's name on the back. 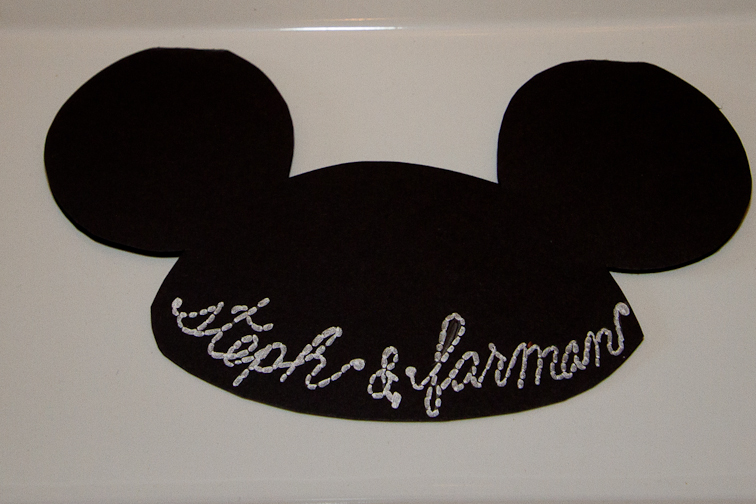 There were two possible clues people could get. 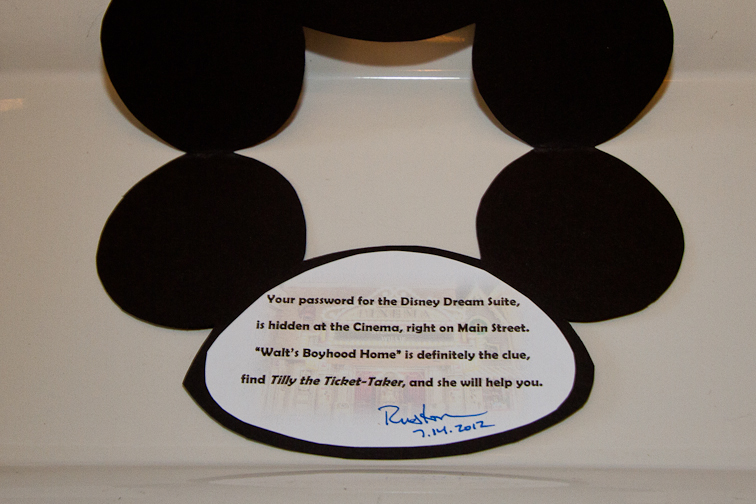 We continued into Disneyland to look around a bit and to make sure nothing had changed that would affect the answers to the clues. 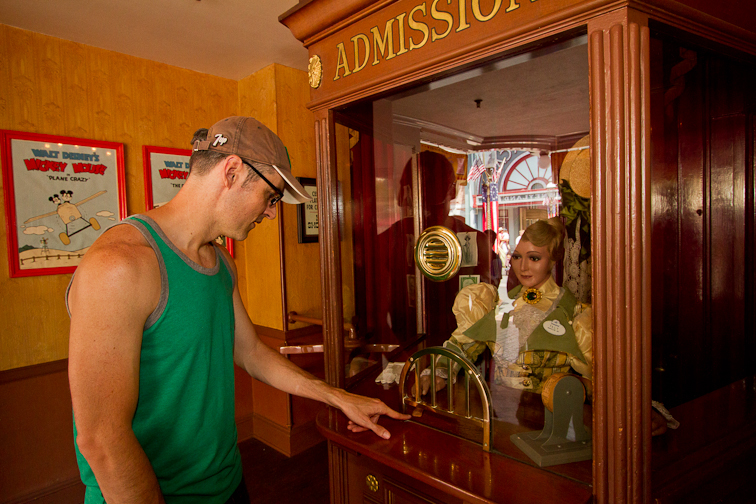 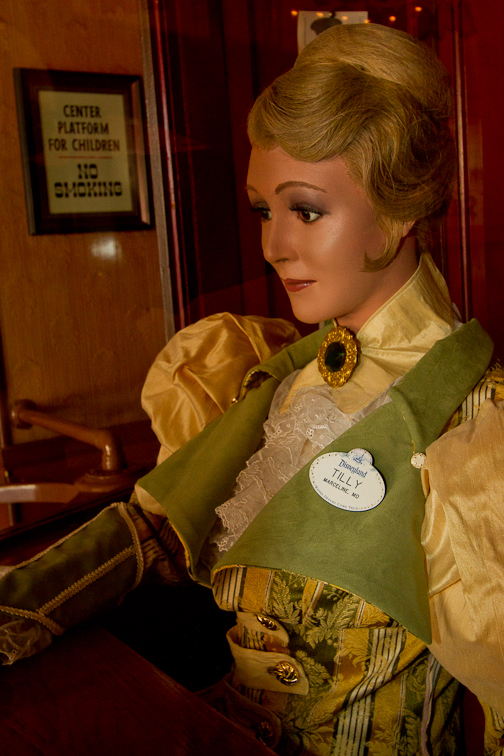 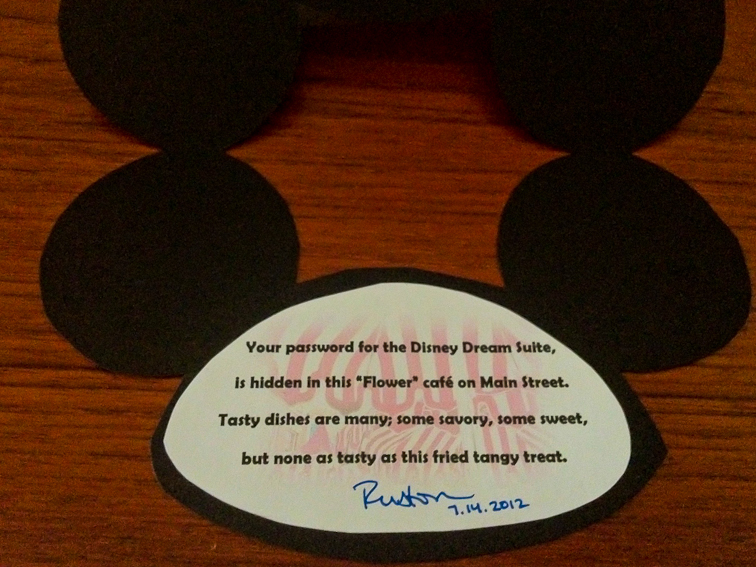 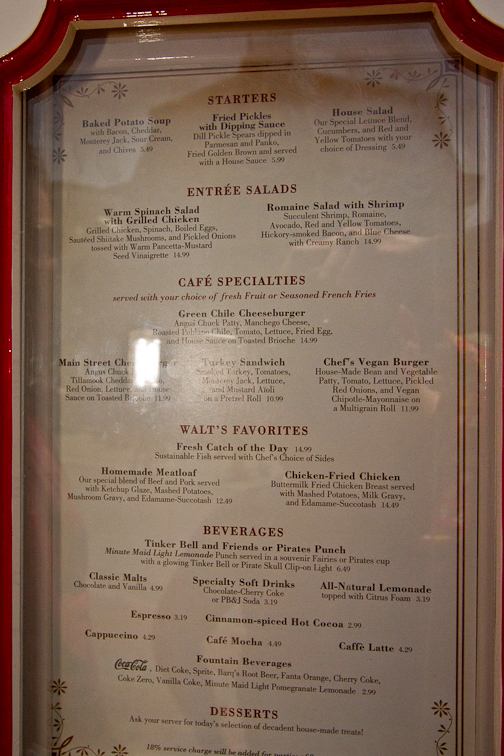 Everything checked out, so it was time to start exploring. The cast member blackout dates had just been lifted, so Ruston hadn't had a chance to go to Disneyland at all yet this summer.
He hadn't seen the new Voices of Liberty yet, so we went to one of their shows (our fourth time I think). We sat in the front row, because you can hear them much much better when you're close. You can really pick out individual voices when you are right in front of them. 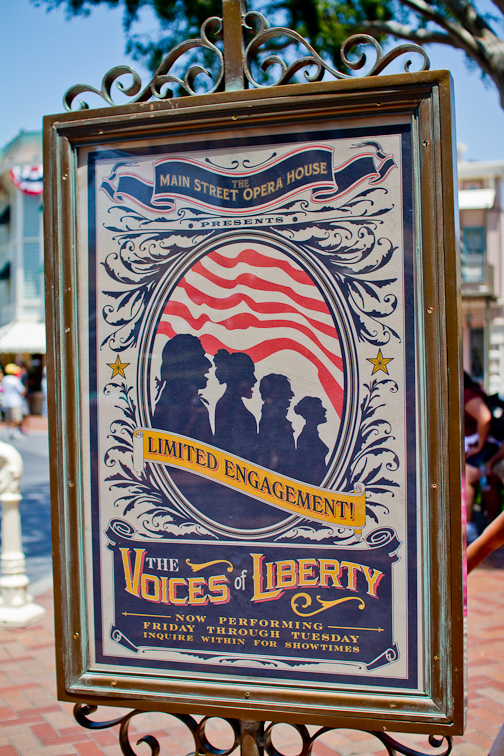 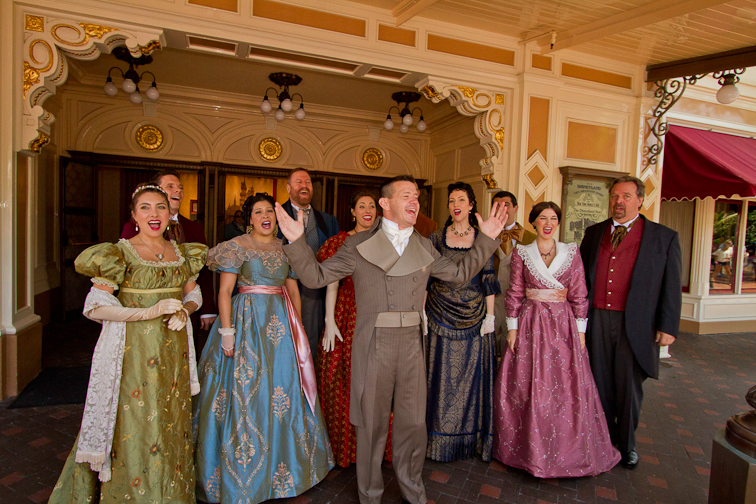 After, we walked through some stores, then went over to California Adventure. This was another place Ruston hadn't been to this summer, so we had to go explore. 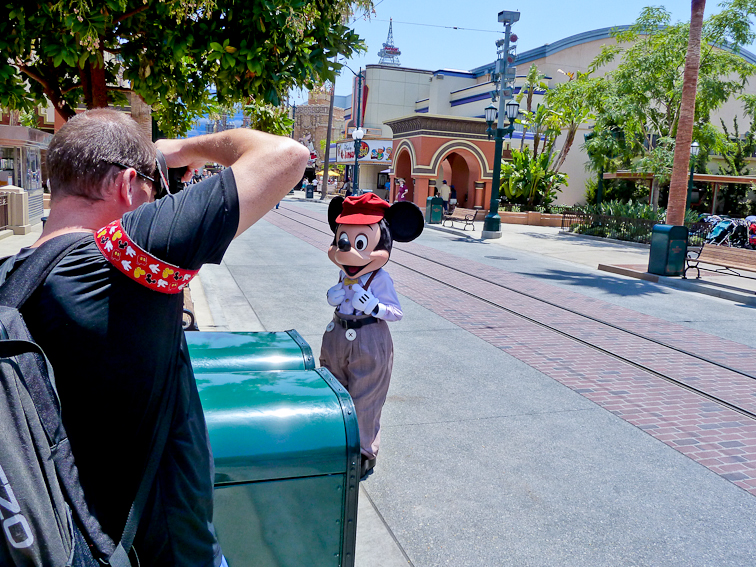 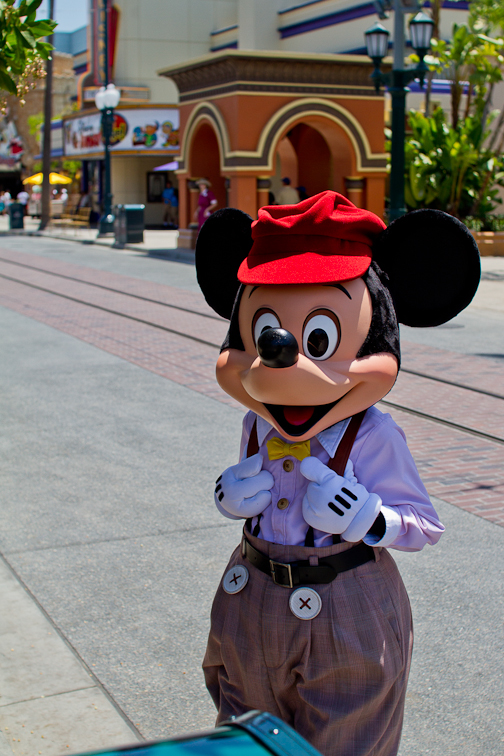 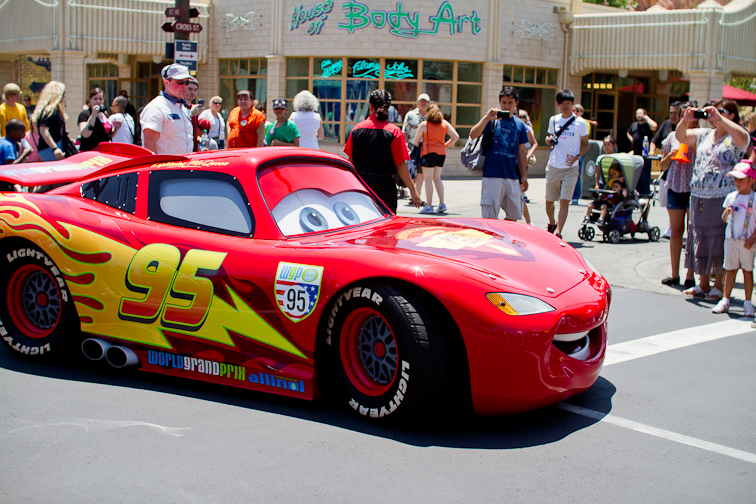 We got drinks, plus I got a Red's Apple Freeze. It's my second, and I'm not sure if I like them or not. It's really really sweet. 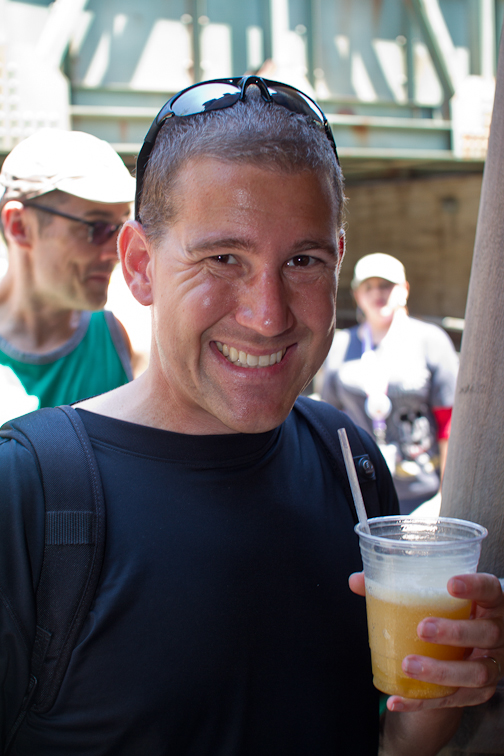 We then got into the singles line for Radiator Springs Racers. We waited 30 minutes and got just past where the line meets up with all the Fastpass people. And then the ride went down. After 5 minutes, they said they were going to start back up again, but immediately went down again. After 3 tries of saying they were starting up and immediately going down, we heard the general background hum of machinery go silent. Yeah, this time is seems like it was going down for a really long time. 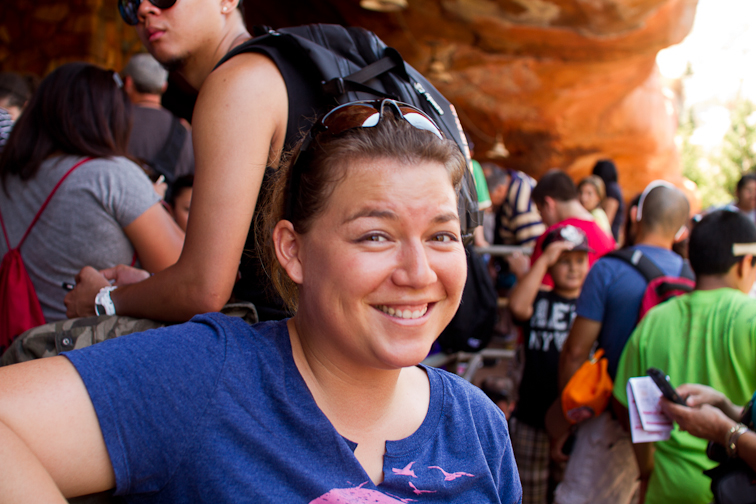 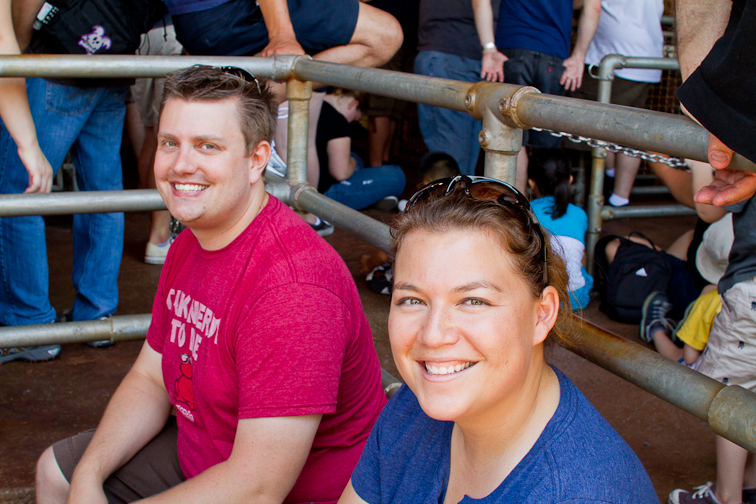 We waited another 15 minutes, but overheard it would be at least an hour before it started. We had to meet our Concierge at 2:30 at the Grand Californian, so we couldn't stick around. Later we learned that with the heat in the area, the power grid was having problems and wasn't able to provide enough power for the ride. And then when they were resetting the ride after having gone offline, a power dip hit during the reset.

Time to head over and meet our hostesses!