It's nearing Father's Day, which means it's almost time for the 2018 Pasadena Chalk Festival. The festival itself is celebrating its 26th year, and Ruston and I are celebrating our 4th year as artists.
As artists, everyone can check in on Thursday and choose the spot they'll use over the weekend. Normally this would be a job for Ruston, but today I was able to get off work early and make the drive up to Pasadena in time! 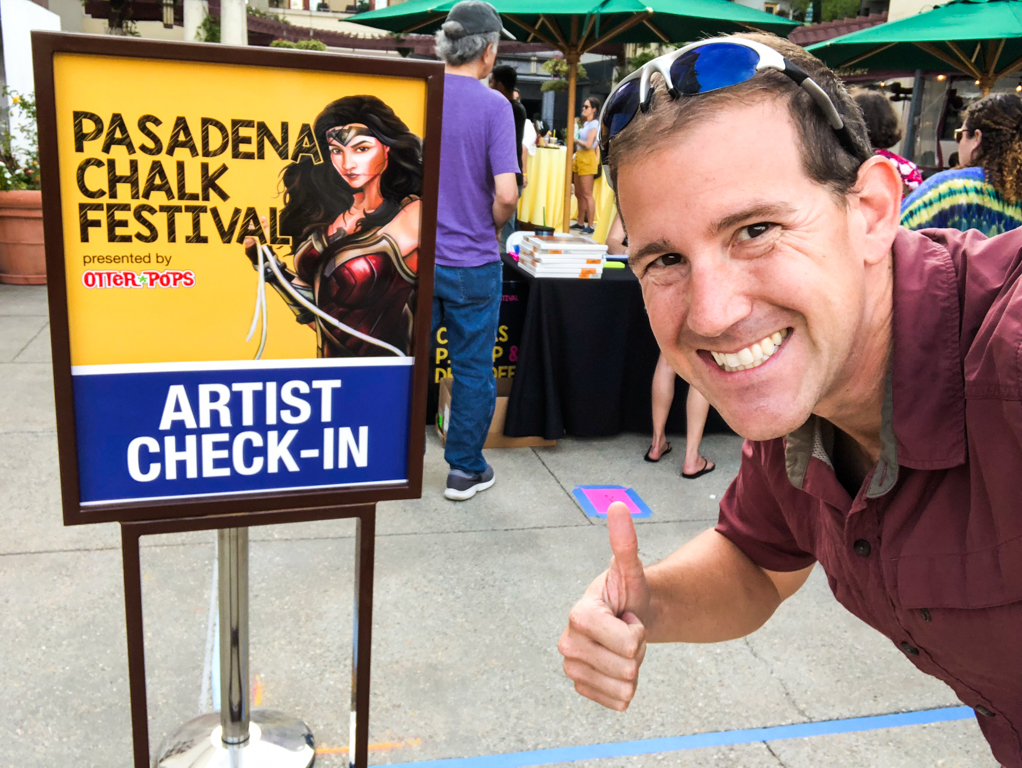 Artist checkin was supposed to start at 4pm, but when I arrived at 3:30pm, there were a few prime spots already taken and a line starting to back up. Better get in line now before Ruston arrives so I can go claim a spot. 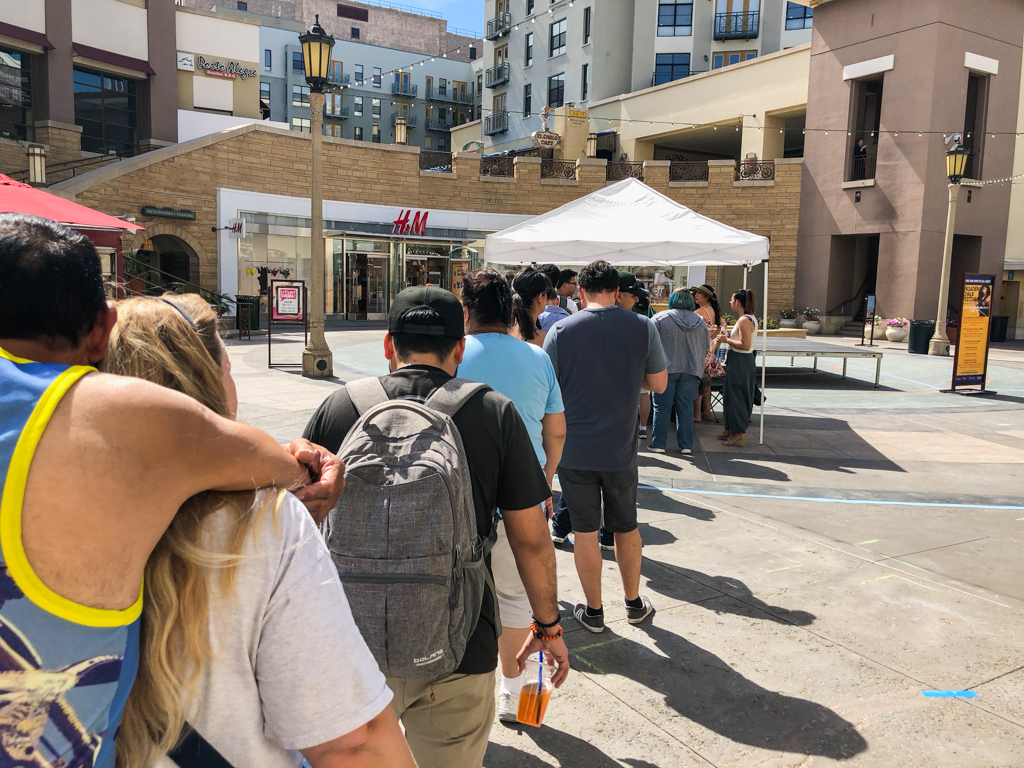 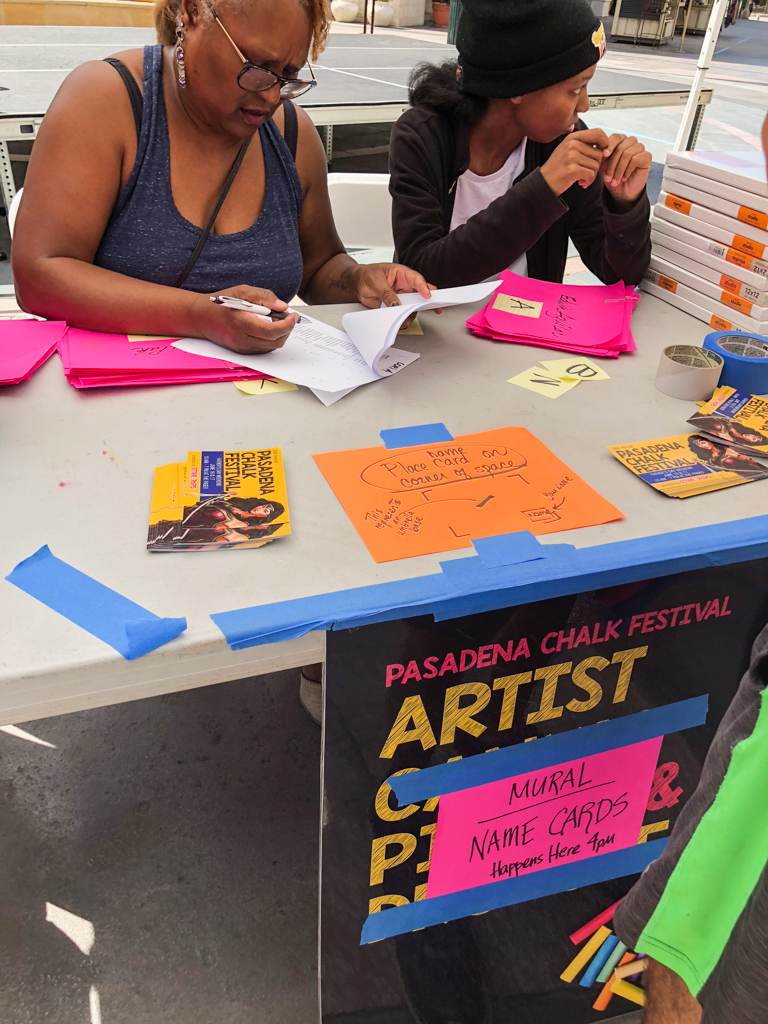 The spots right by the high-traffic walkways go first. Next year, I need to remember to arrive earlier. 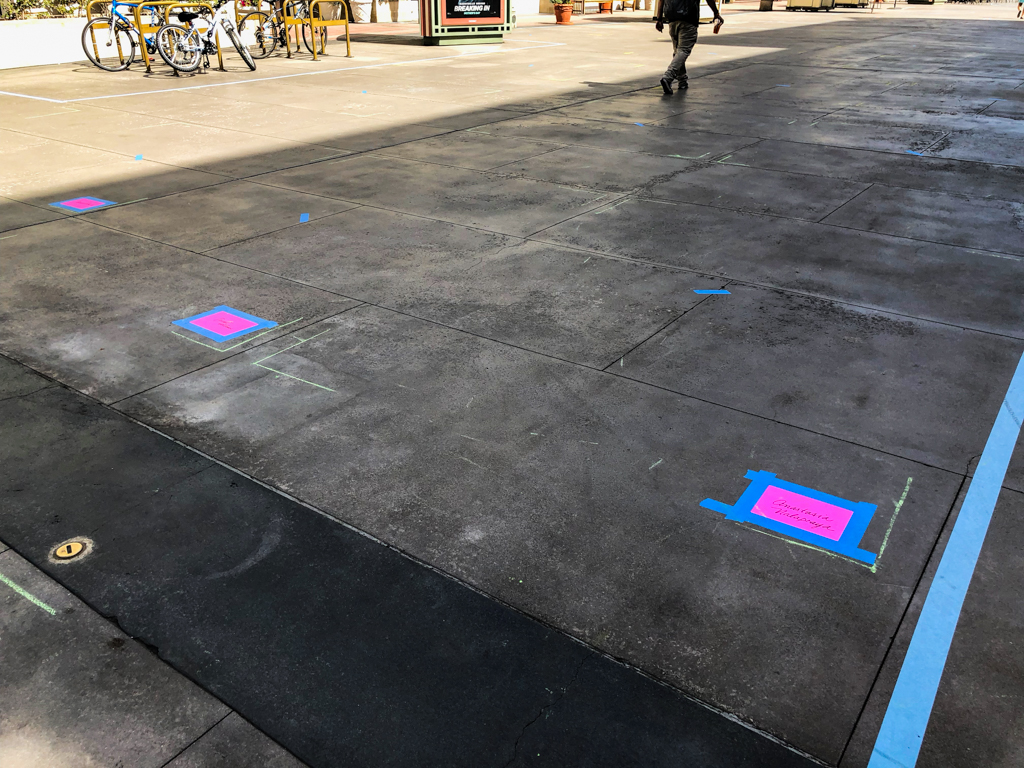 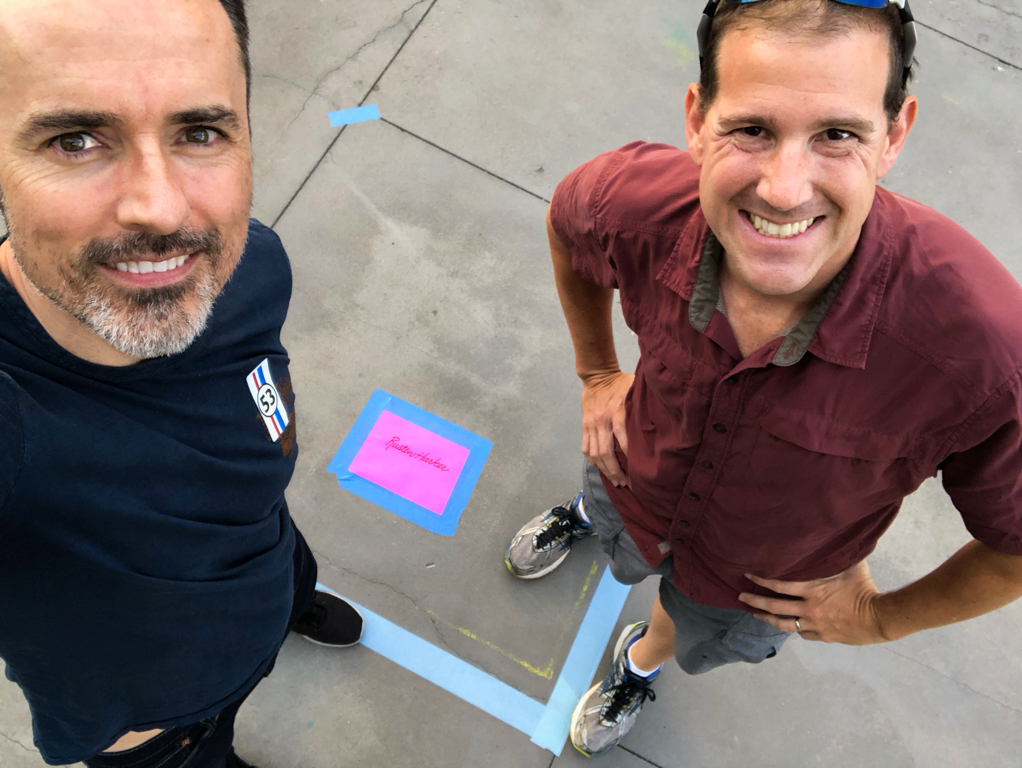 Definitely going to be high traffic coming through here. I think it's going to be a great spot.
All the areas been sectioned off. For future Joe's reference, the spots in this area measured 90" x 90", which happen to be exactly how large we had planned to make our drawing. 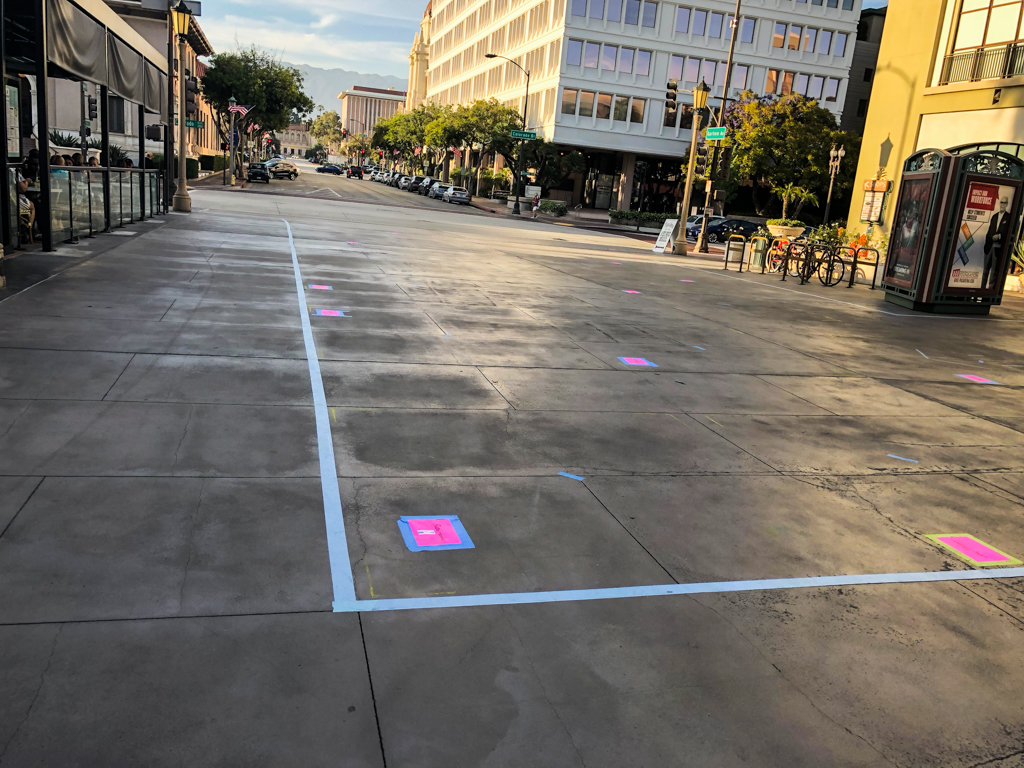 Ruston added a little bit of flair to our sign. 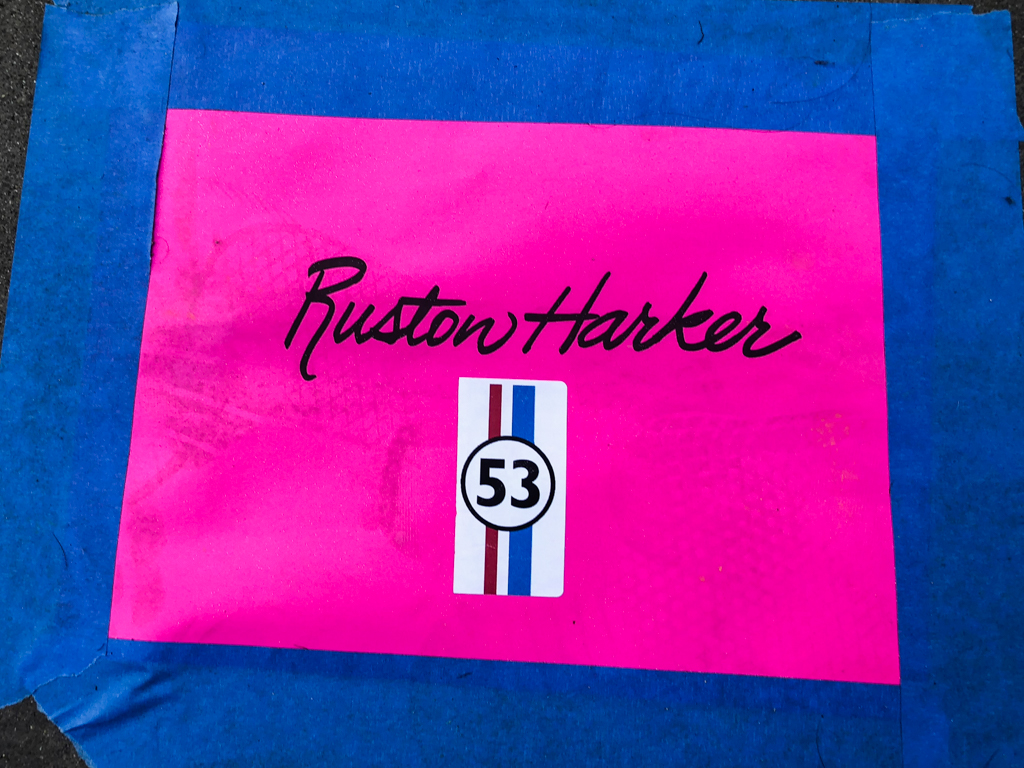 At 6pm the Artist Party began. After checking in and getting a wristband, Mexican food was served along with drinks. 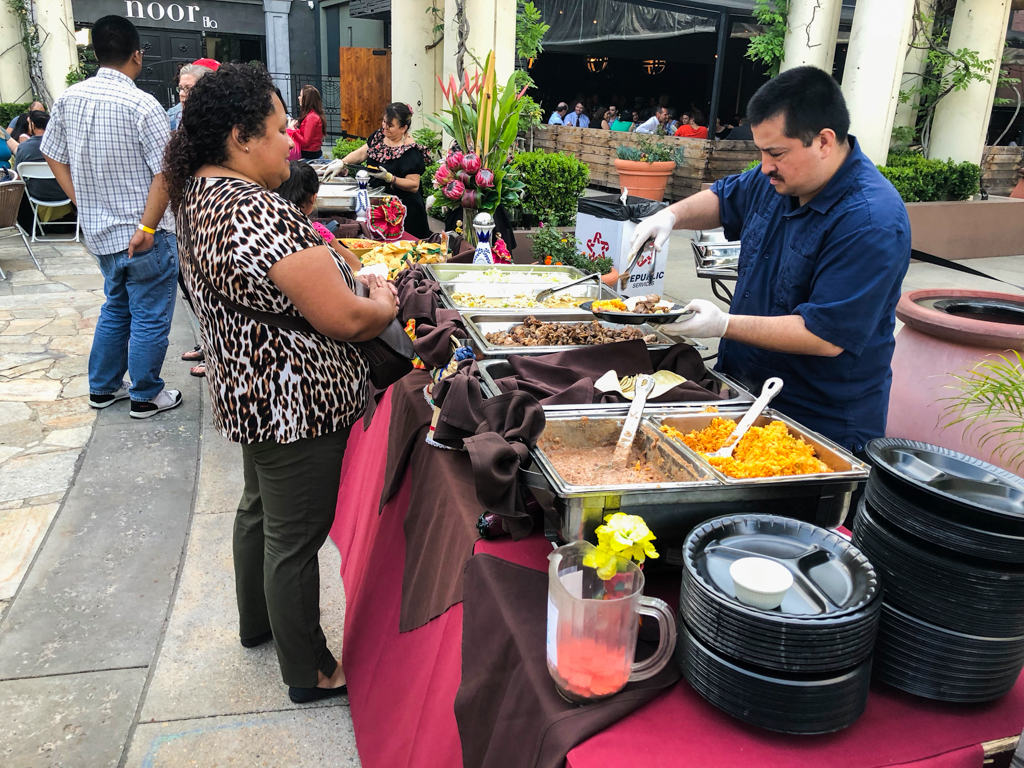 The tables were packed, so Ruston and I found a spot by the fountain. It sure would be nice to match these people up with the drawings they make. It would help with the small talk. 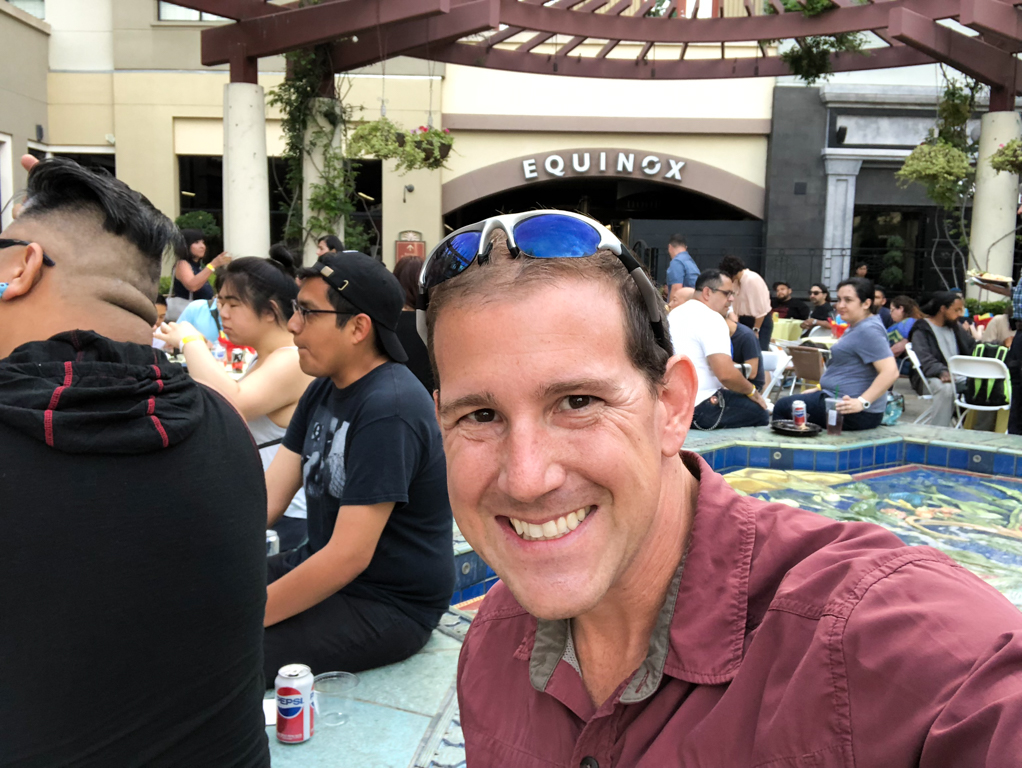 I thought the carnitas tacos were particularly tasty. 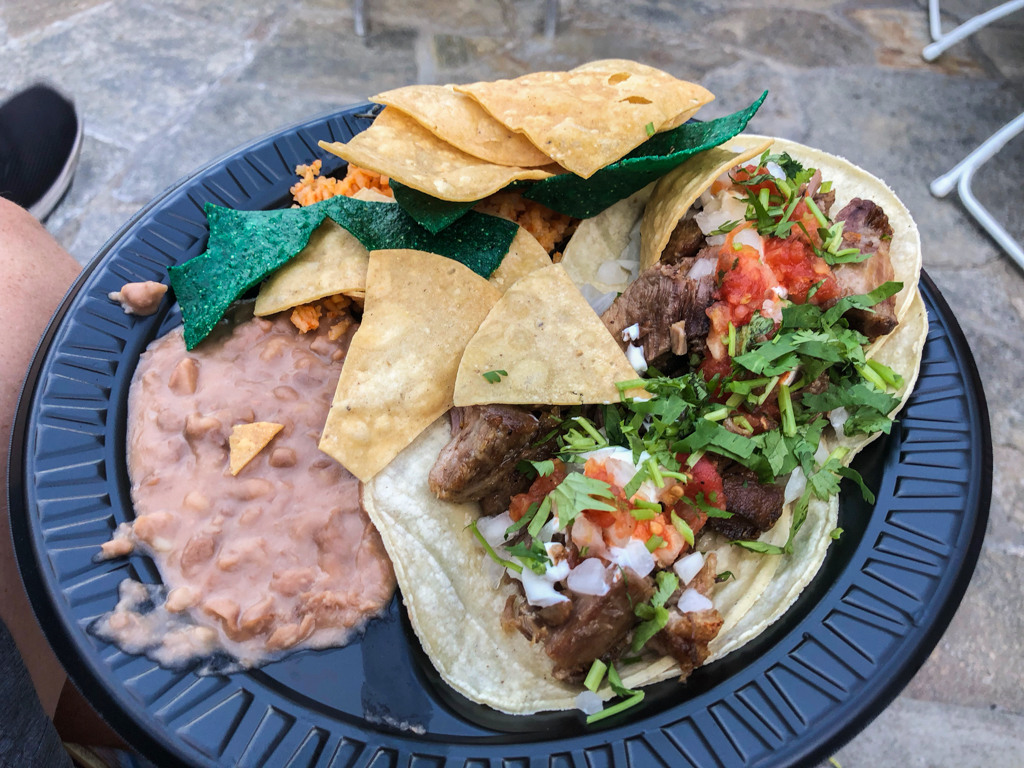 Tom Coston, the President of the Lightbringer Project, spoke to us about the festival. Everyone was especially happy when he mentioned the weather. Usually it's in the upper 90s and 100s. Brutal. This year it's only expected to be in the 70s and 80s! Fantastic! 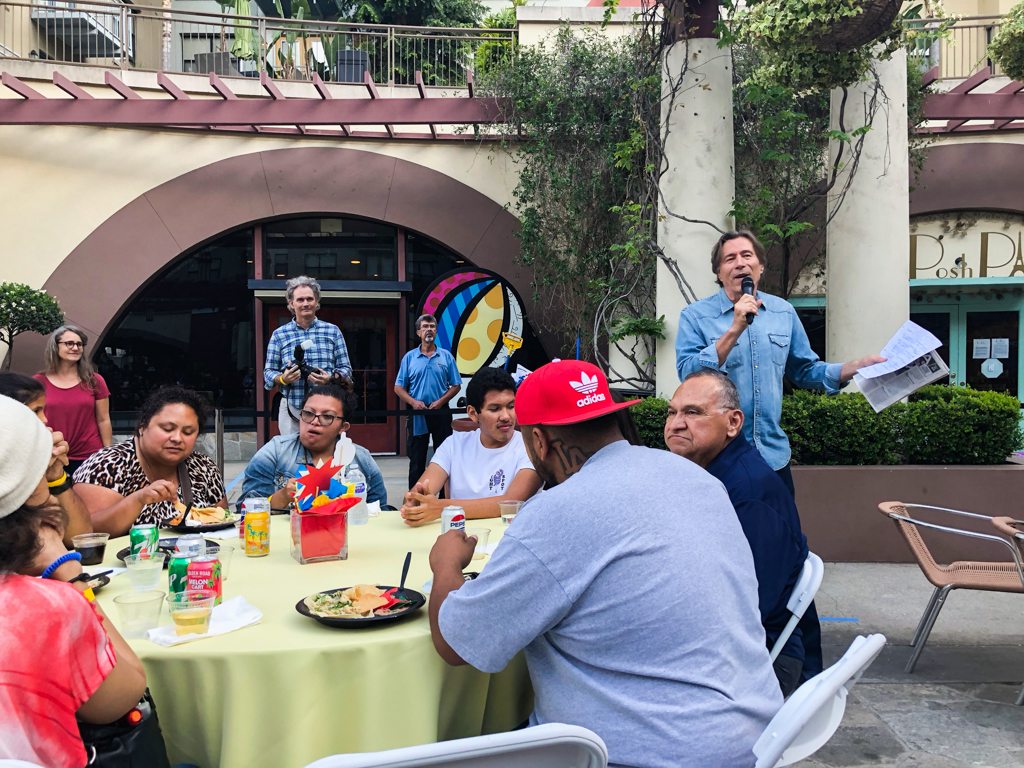 Taking one last look at our spot. Looks like our neighbors have started to fill in too. 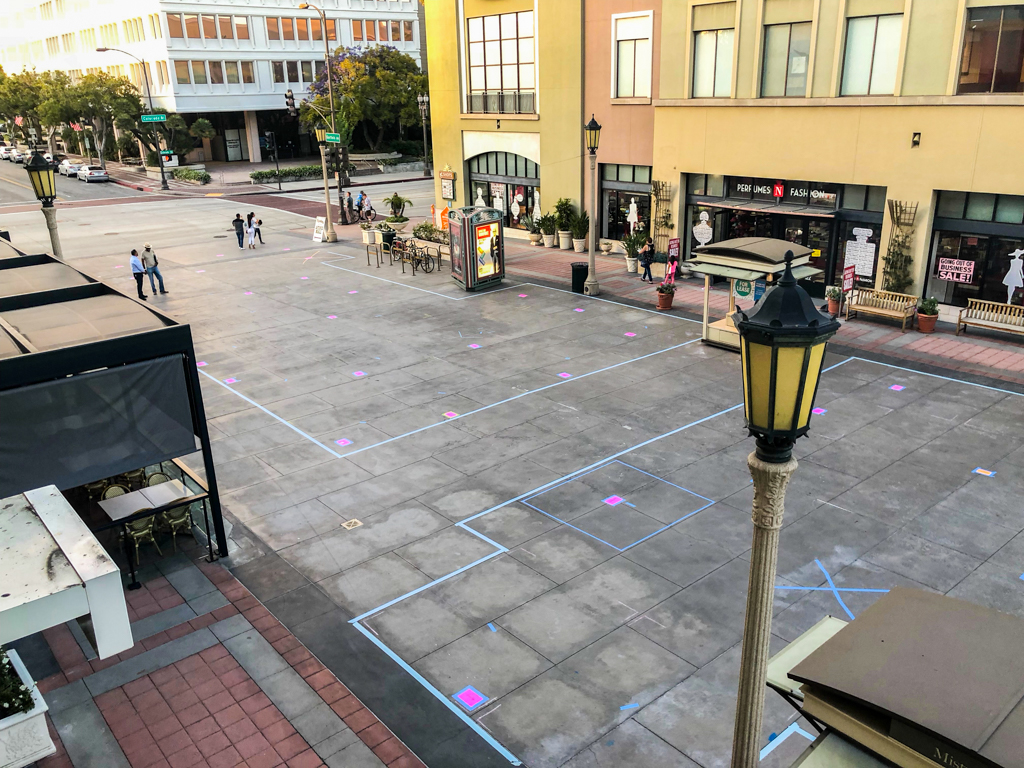 Ruston and I have been adding a little something more to our outfits. When we were drawing Ducktales we each wore Donald Duck hats. For the Jungle Cruise last year, we dressed as Jungle Cruise skippers. This year, we're part of the Herbie crew. There's the Love Bug iron-on patch. And the rest was made by me with my Cricut vinyl cutter. The hats with the logo and stripes. 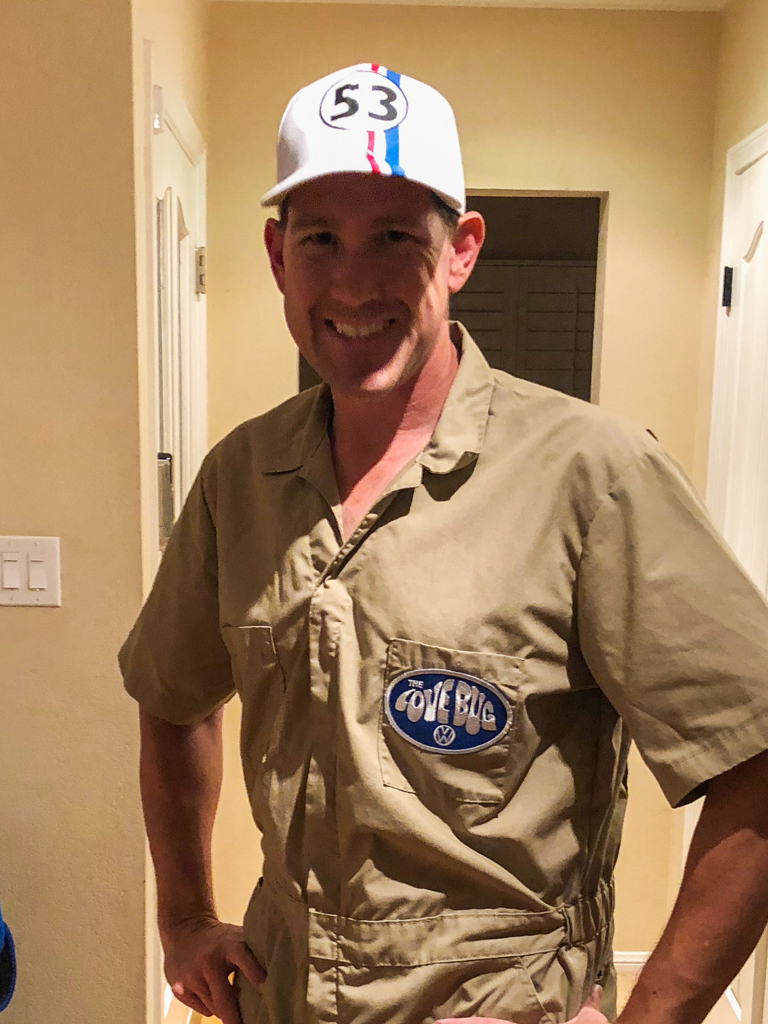 Since we're going to be bent over drawing most of the time, a colored strip matching Herbie's plus Herbie's number 53. 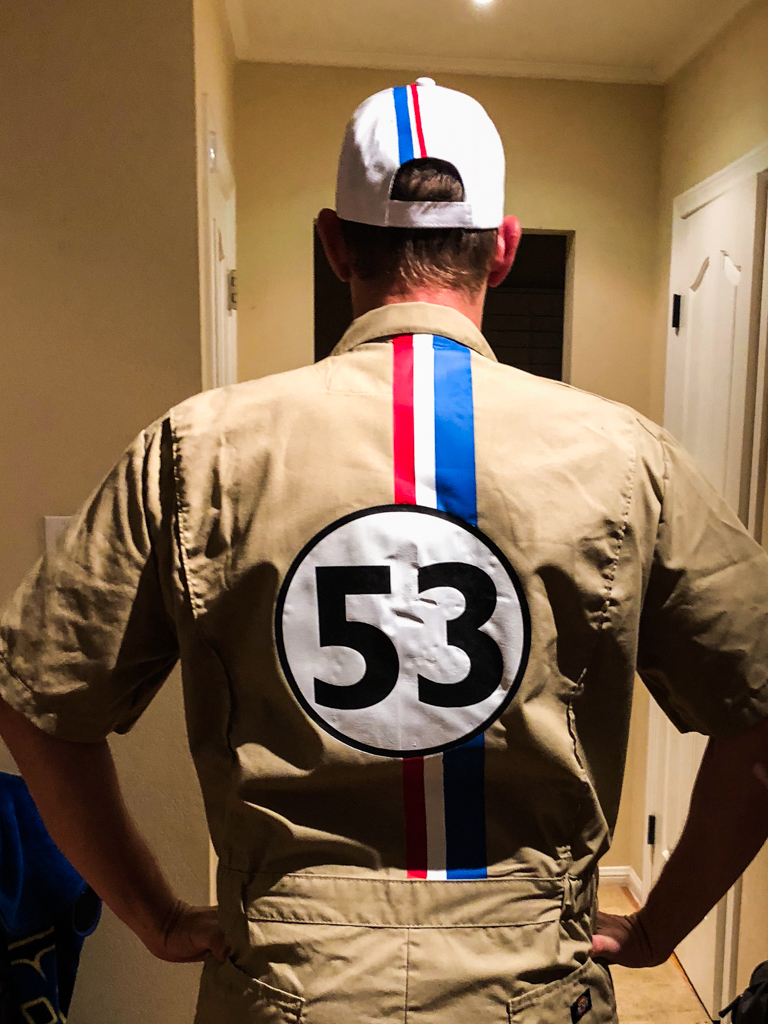 Our outfits were loosely inspired by the outfits Jim Douglas, Carol Bennet, and Tennessee Steinmetz wear during the big El Dorado race. 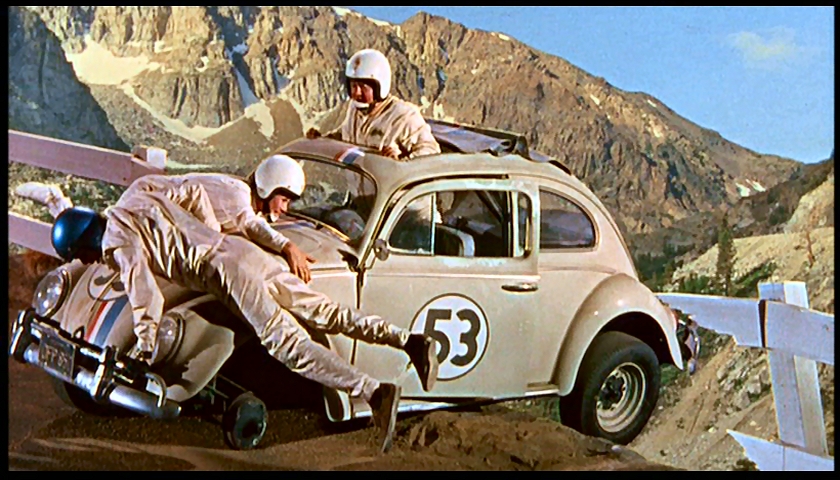 Hopefully we're ready for Saturday!
Posted by Joe at 12:06 AM