Today we're celebrating Phineas and Ferb at Disneyland! Specifically Perry the Platypus. My hat is just an ordinary platypus. They don't really do much. But Ian is wearing Special Agent P. Very nice. 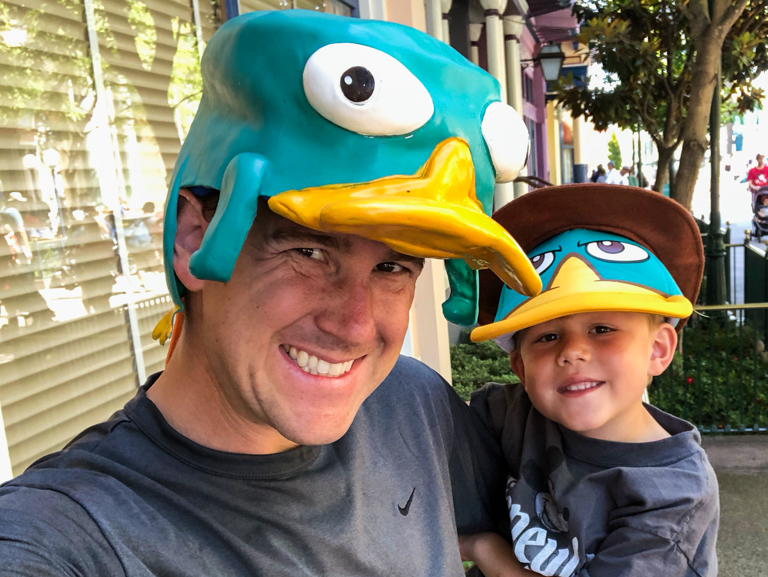 Alli chose a princess hat, specifically Rapunzel. She really liked the long hair. After Luigi's broke down (no surprise there), we found ourselves on Mater's Junkyard Jamboree. 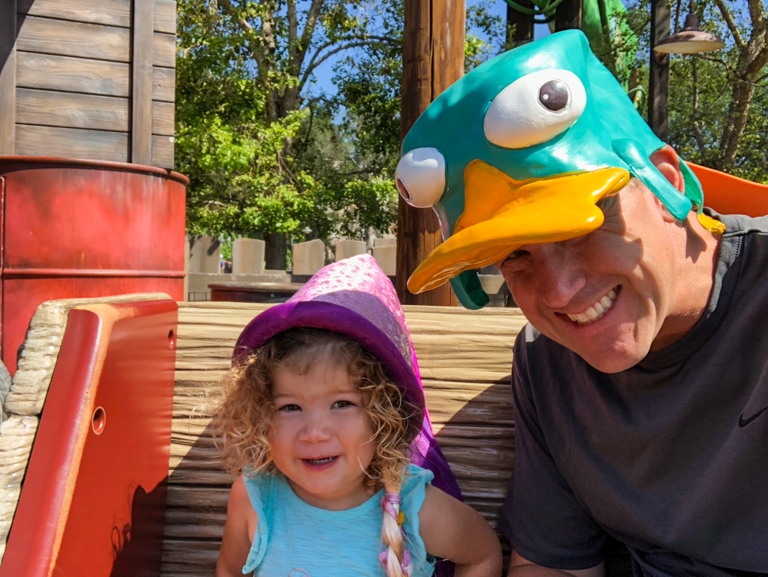 Then all four of us squeezed into one clamshell to ride under the sea and visit Ariel. 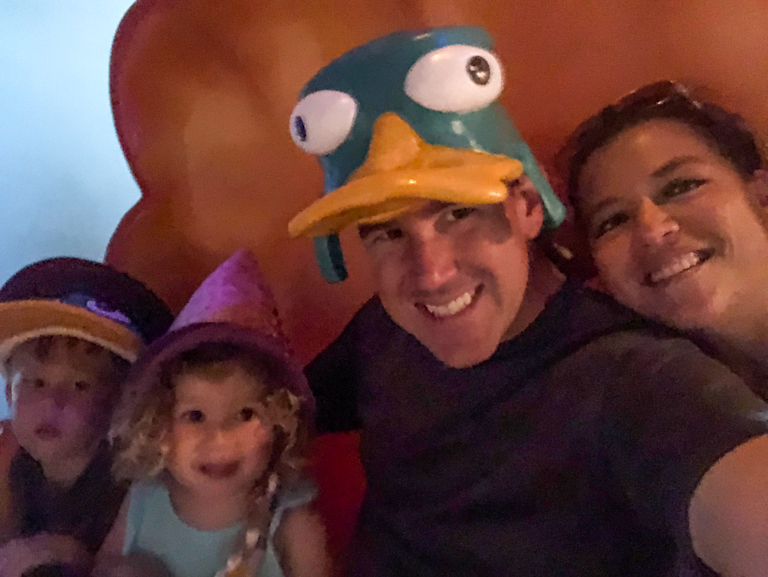 Alli was really excited waving at Ariel at the end of the ride. 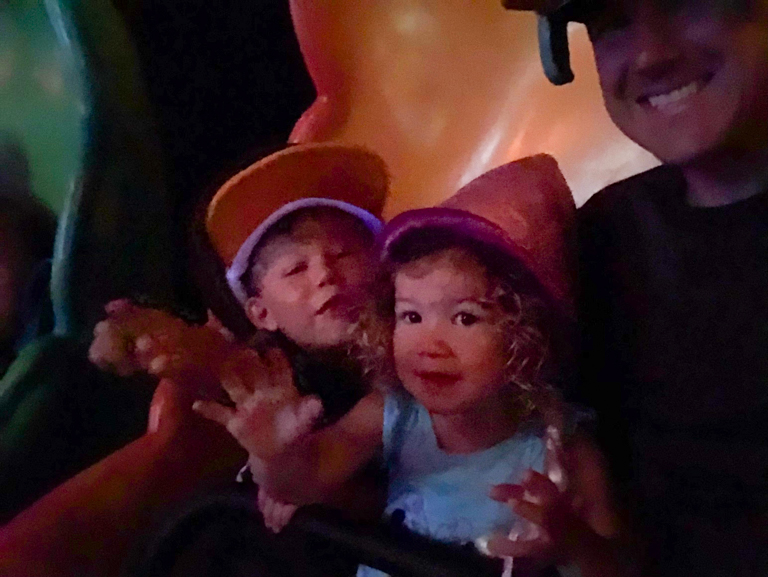 With time to kill before our fastpass was ready, we spent some time in A Bugs Land. We're going to miss this place because of the short lines and fun kid rides. 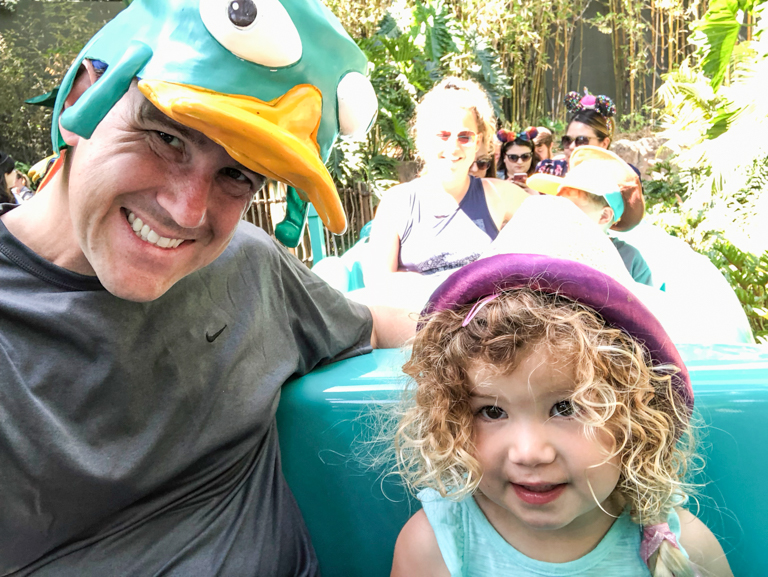 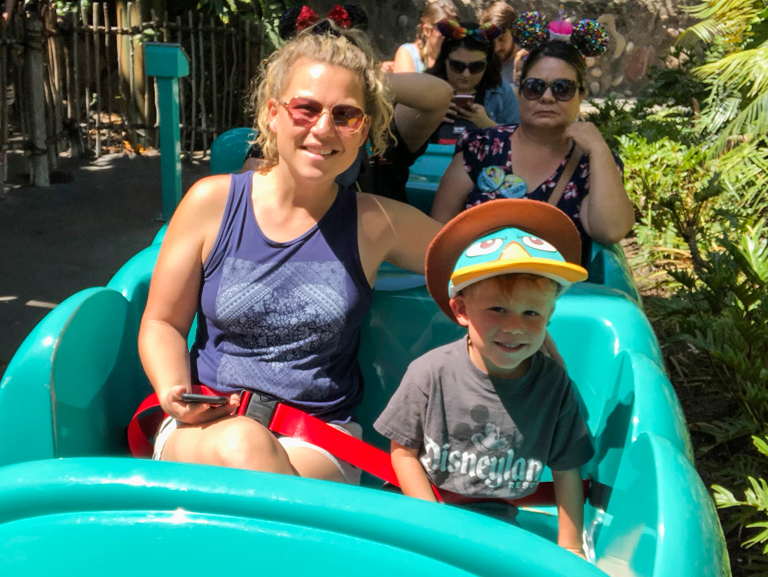 While we were waiting in line for the Ladybug Boogie, Ian found a roly-poly. He should ride with us! 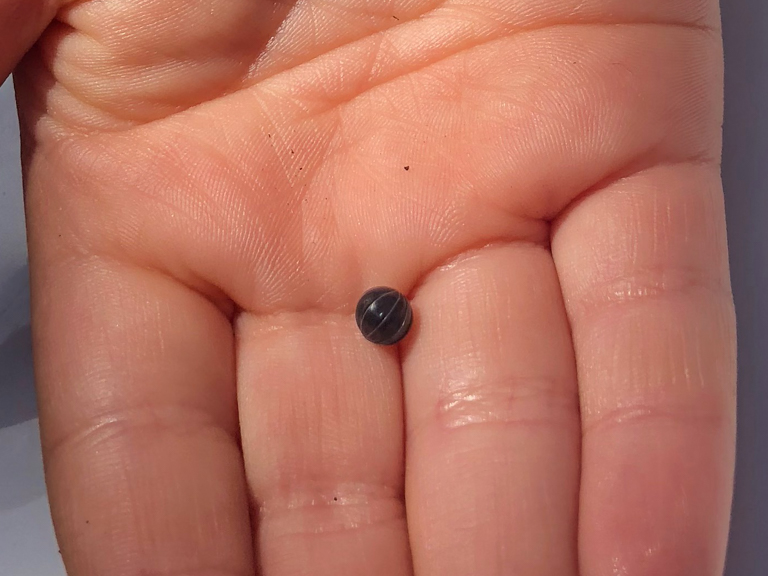 Despite having just the three of us, Ian said we had 4 (because he counted the roly-poly). 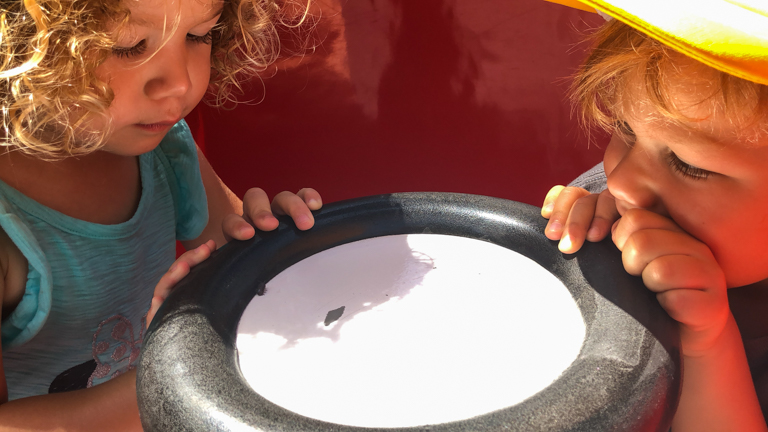 Ian and I took a ride on Guardians. He loved it, but I suppose it's difficult to get a good picture in anything but the front row with him. He's got his hands up for the camera and everything. 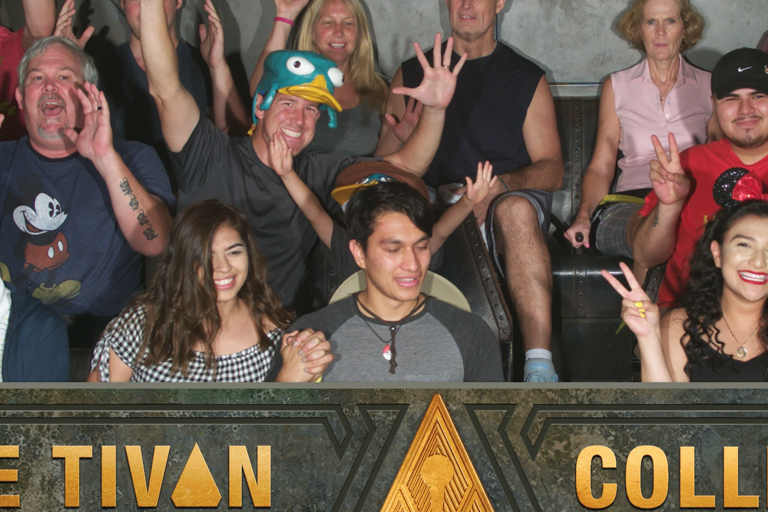 Next we'd planned to go to Disneyland, but as soon as Ian and I met back up with the girls, Frozen was about to start. Plans changed and we took in the hour long show, with Alli singing along to the songs she loves.

After the show we came over to Disneyland and started with a grand circle tour of Disneyland on the Railroad. 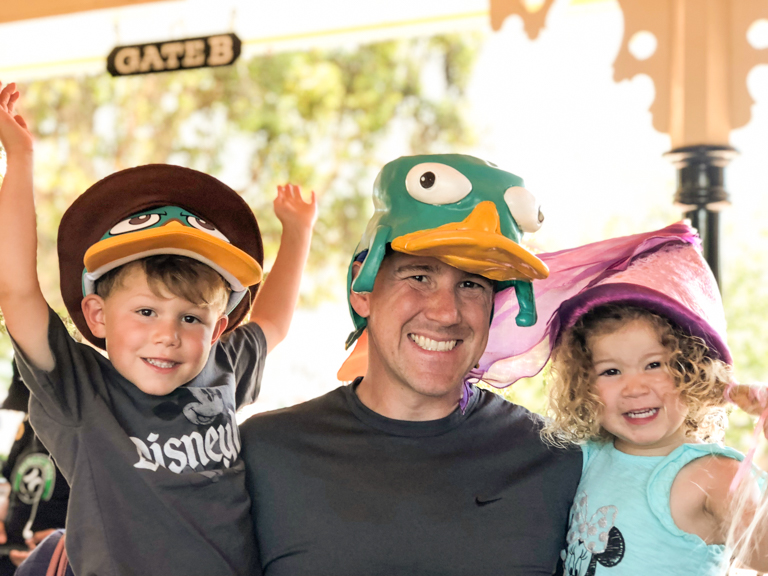 We actually went on a complete tour all the way around and then got off at the Toontown station. 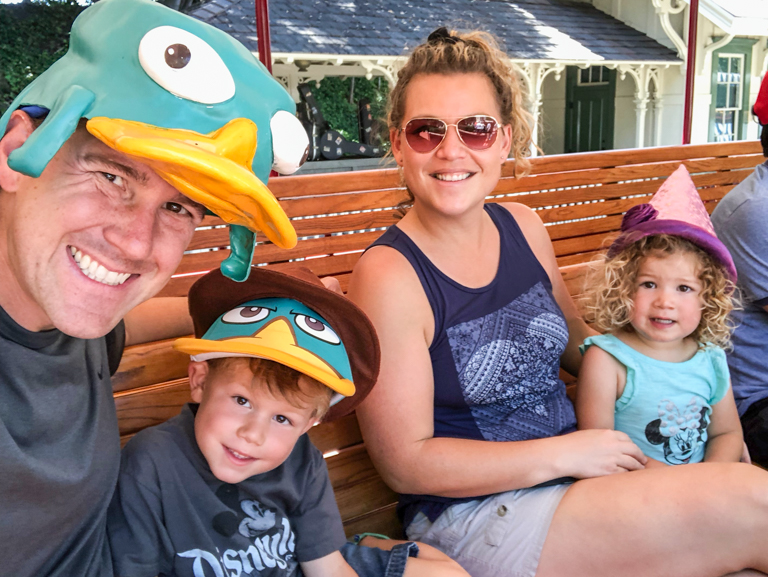 Mickey and the Magical Map had just started so we found a spot on a bench and continued the show. Alli loved seeing Rapunzel. 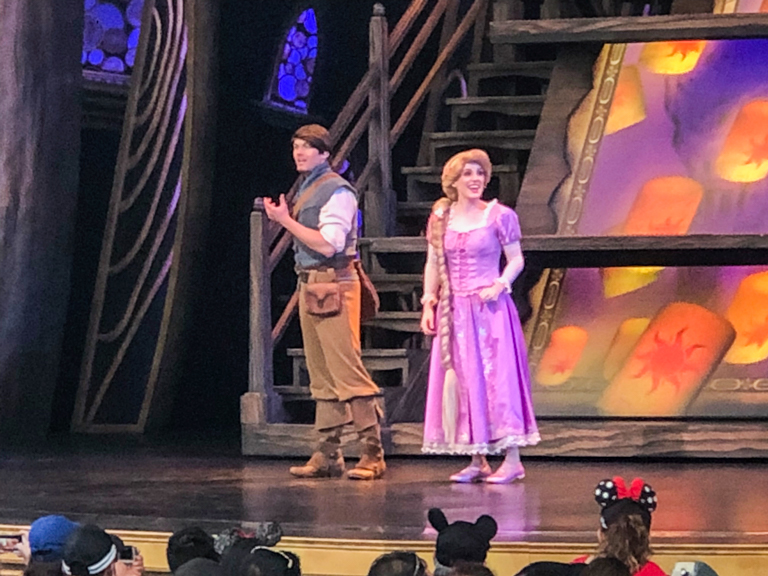 When she saw her, she grabbed the long hair on her hat. 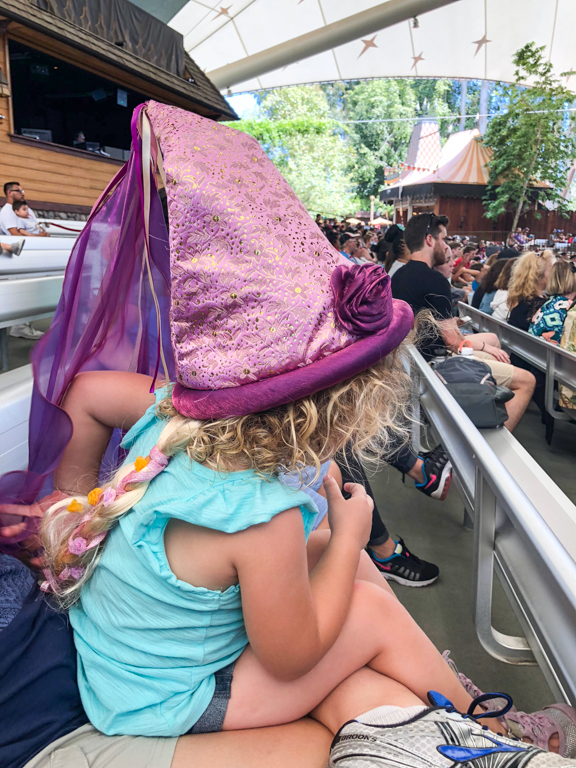 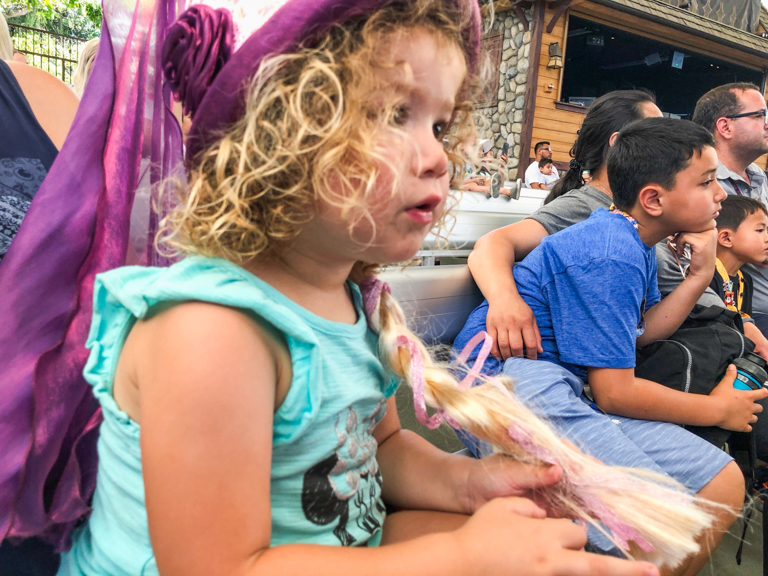 Much to my surprise, Alli was really excited to ride Gadget's Go-Coaster. I thought she was a little scared to ride this one before. 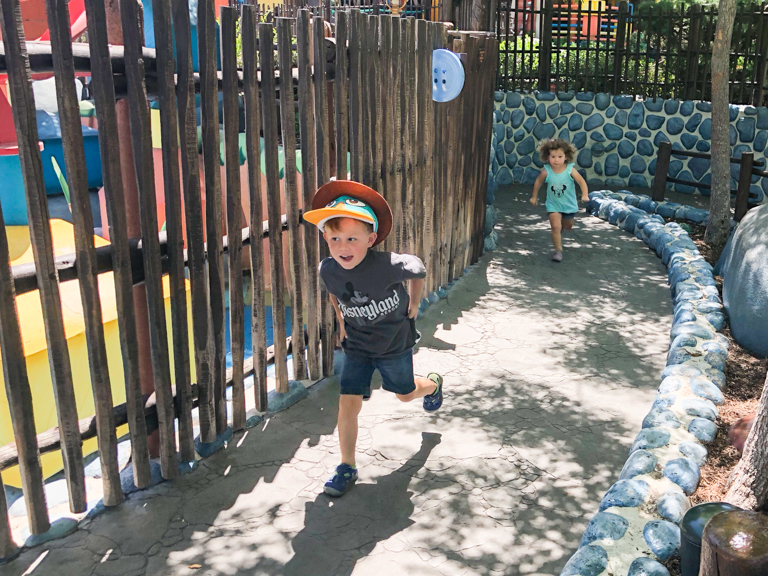 When both kids ride, that means Mommy has to take a spin too, despite the motion sickness. 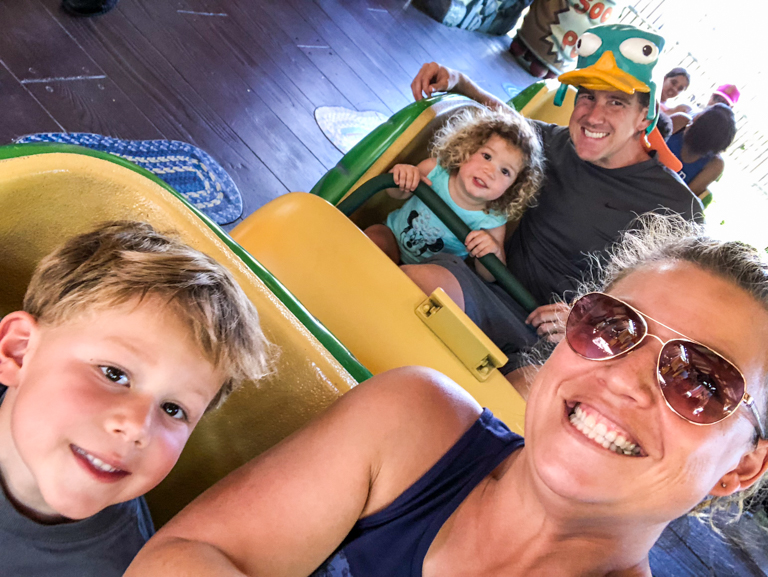 Alli really surprised by holding her hands in the air at the start... 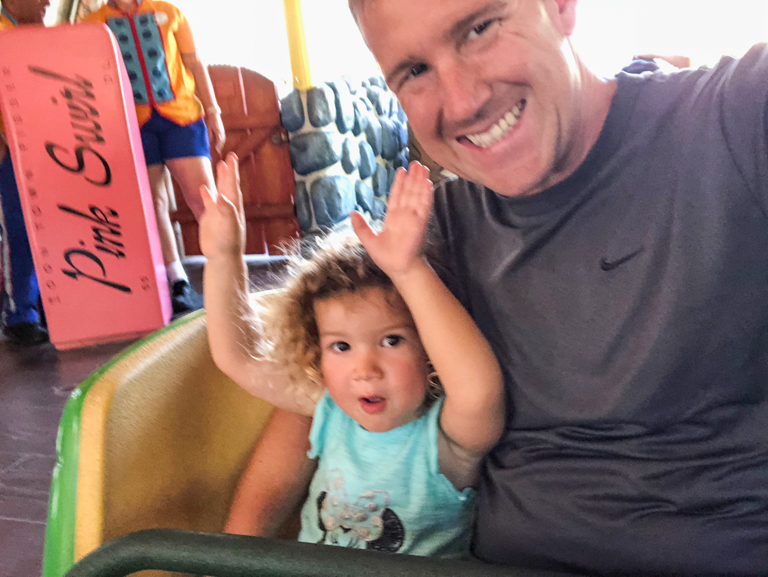 And keeping them up the entire ride! She said she likes to go fast!

Ian and I hopped into Goofy's car for a ride. Ian tried to steer and wondered why the steering wheel wasn't working. We blamed everything on Goofy having crashed his car into the mailbox for why things weren't working. 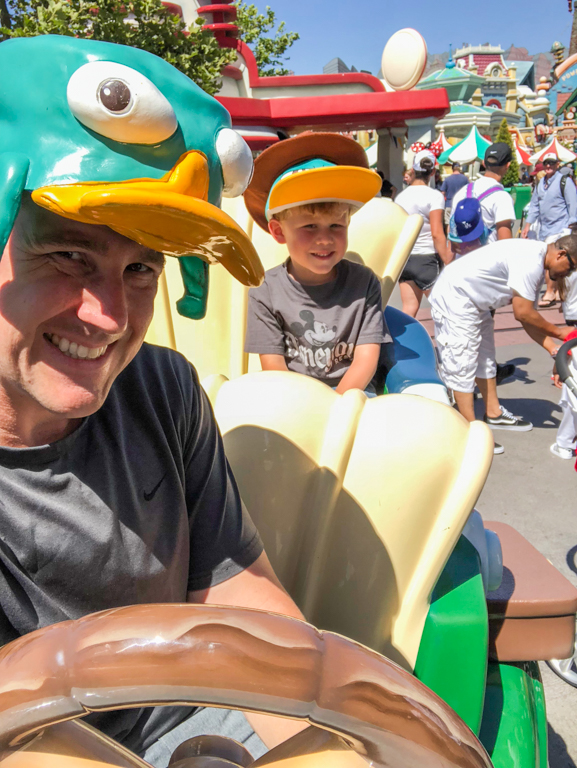 Then a ride on it's a small world, which Alli described as "slow". 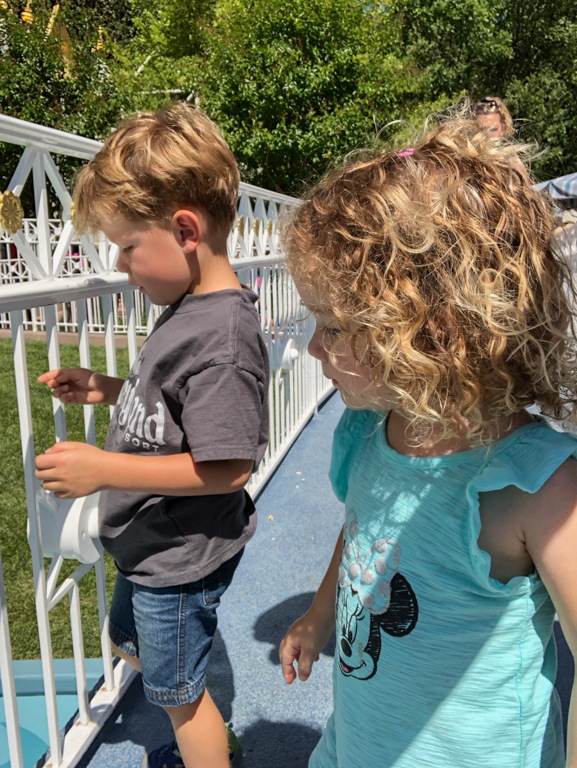 And a ride on Buzz. Theresa giving the kids the "choice" of what to do next. Ride Buzz then go home, or just go home. The choice was clear, ride buzz then go home. 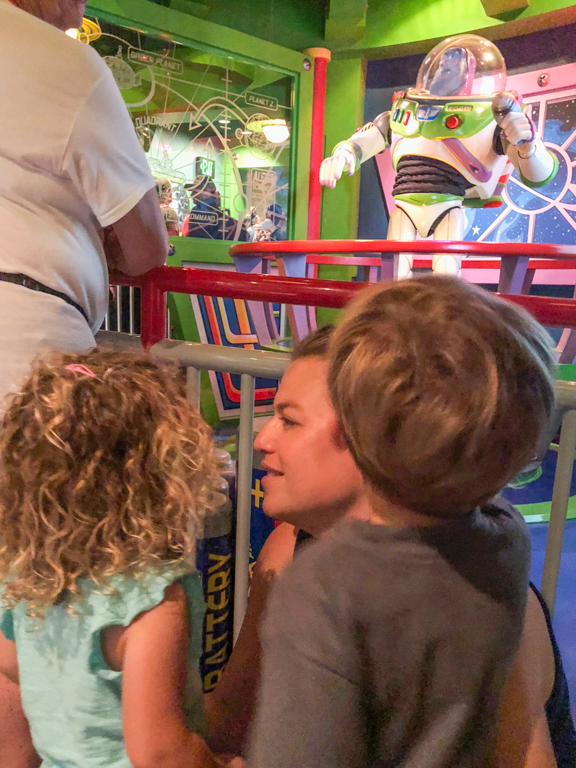 Having plush toys strategically right at the exit. 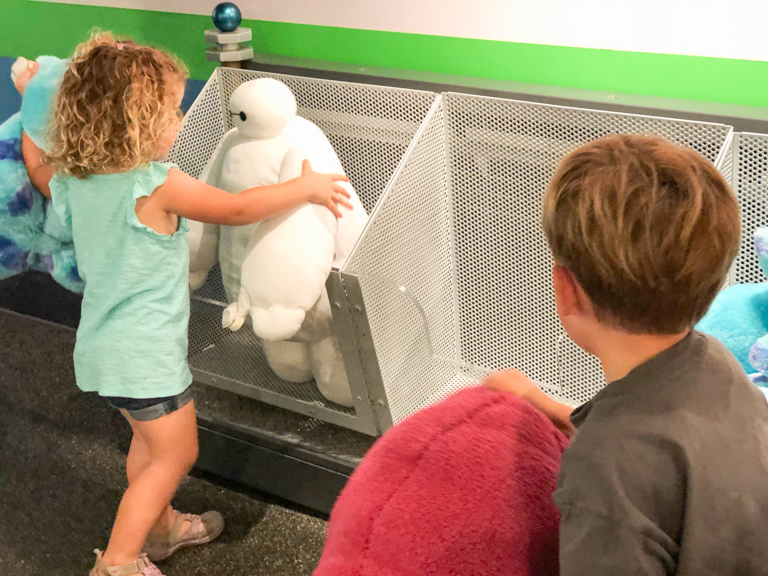 Walking out we caught a portion of the Pixar Play Parade. We'll have to catch this one sometime this summer. 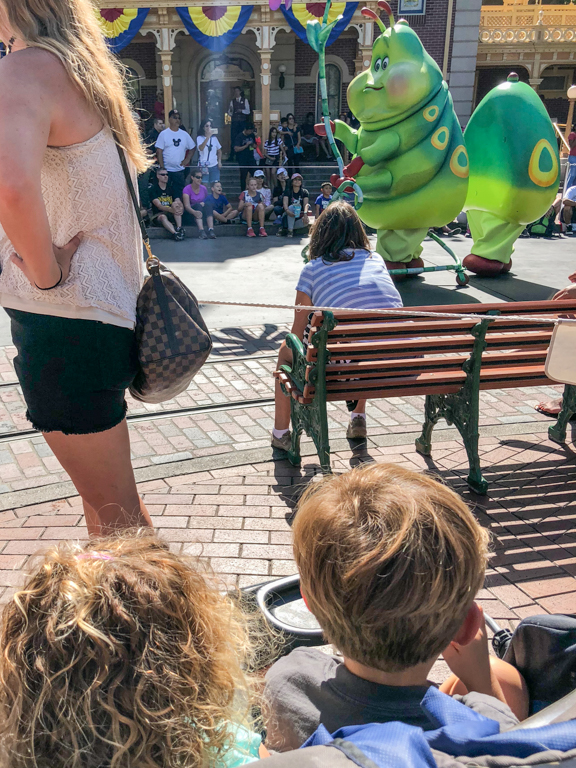 Fun times today at the parks! 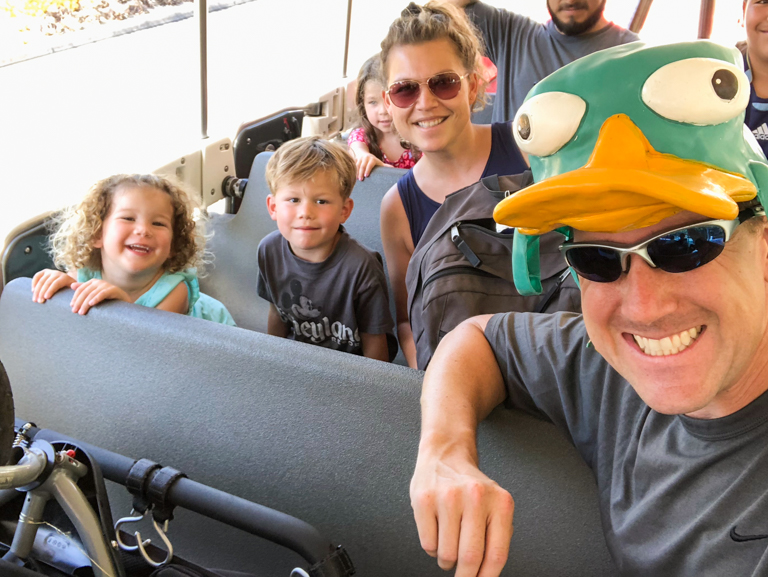