Uncle Jacob went to Korea and he brought back snacks! Knowing how much we enjoy doing taste tests, he brought us some interesting treats! 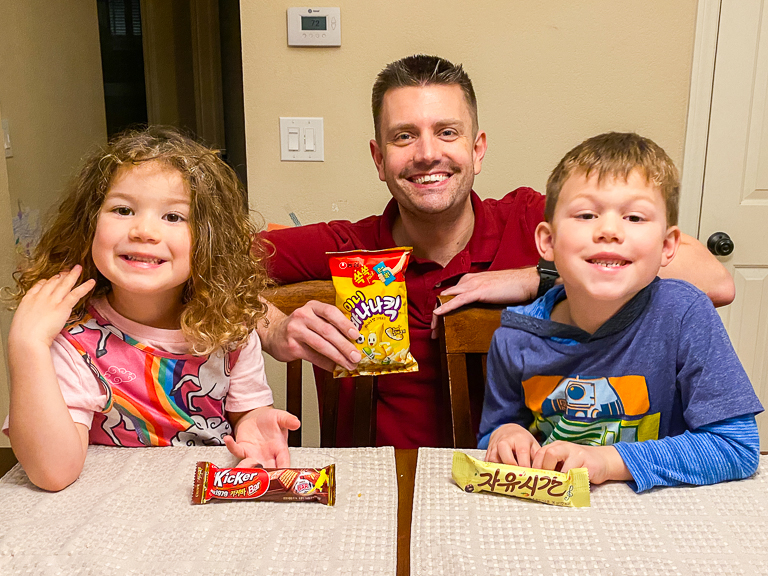 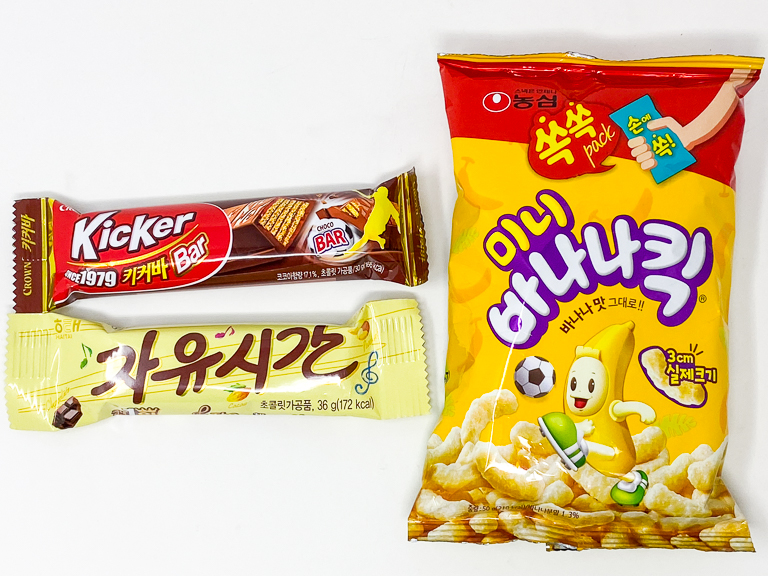 First up are these Banana Kick puff chips. Opening the bag, I got that artificial banana flavor you'd get from that banana Runts candy. And I don't normally like those, but these are interesting. Theresa got more of a regular banana chip flavor. 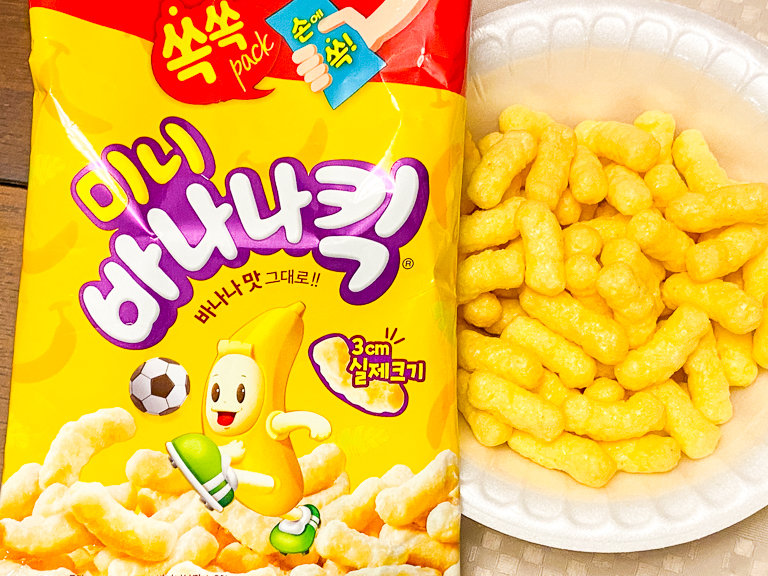 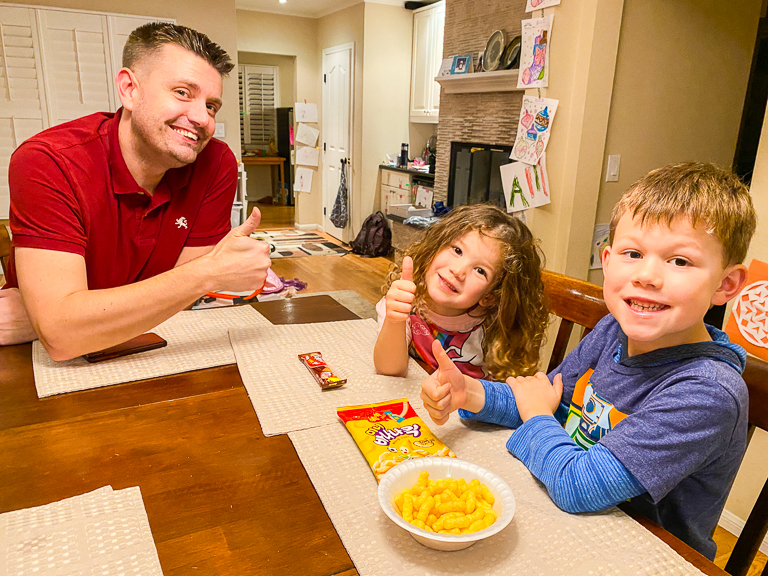 Next is this Haitai Freetime bar. Now when we were tasting this, I had no idea what the name of this was. The package was saying that inside is chocolate, cacao (not sure that's different from chocolate), and peanut.
It was a surprise then when I cut it open and found this layer of thick nougat. And that almost looks like the thinnest layer of caramel. 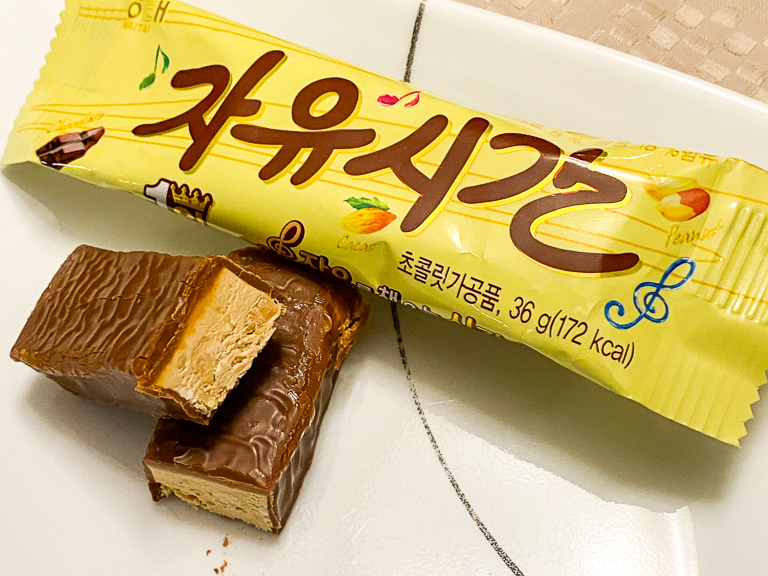 Biting into it, yeah, that nougat was not fluffy. Jacob thought it had the texture of a protein bar. The kids like just about anything. The rest of us weren't the biggest fans. 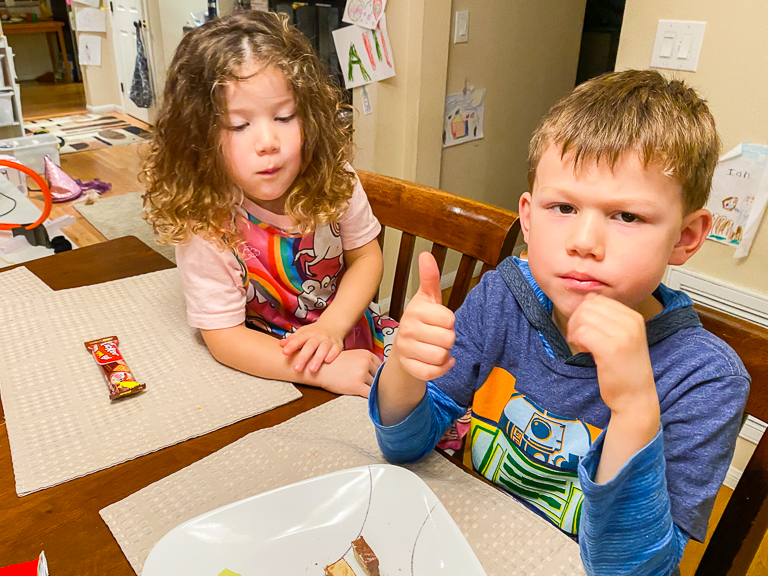 Lastly there's the Coach Kicker Bar. It was founded in 1979. That logo looks familiar.
And the wafer bar looks like a Kit Kat Big Kat. The regular Kit Kat was created in 1935, but the Big Kat (aka Kit Kat Chunky) with 4 and 5 layers was introduced in 1999. So which really came first? 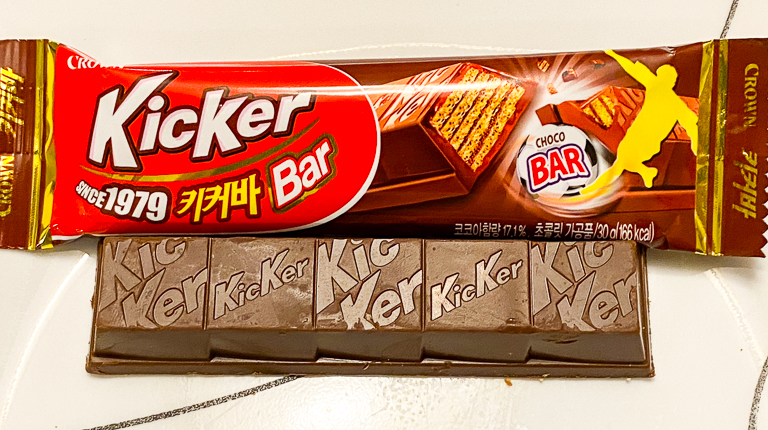 A look at the Big Kat. 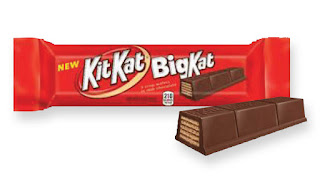 So going into it, I thought it was going to taste like a Kit Kat. It did not.
The chocolate was not very sweet, but it also wasn't a dark chocolate either. It still had a creamy feel, but was unexpected. Between the 3 adults, we prefer a Kit Kat. 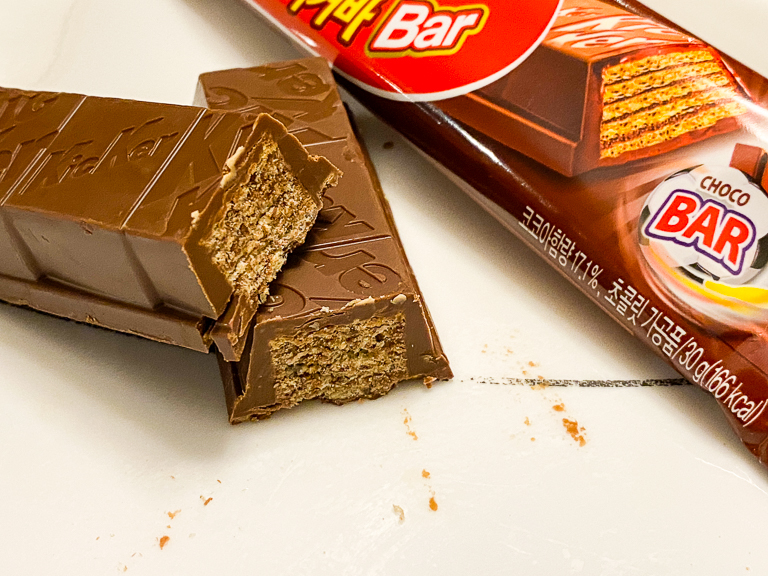 So it was three interesting Korean snacks we tried. I think my favorite out of all of them was the Banana Kick puff chips. They were certainly unique and not like anything I've tried before.
Posted by Joe at 6:00 PM