Today we're in for a treat. It was about a year ago when we had a big Sour Patch Kids taste test. Then we had candy, cereal, ice cream, and ice pops that were Sour Patch Kids flavored.
At that time I knew these Sour Patch Kids marshmallows existed, but I could not find them anywhere. But then on a recent trip to Walmart I finally saw them! 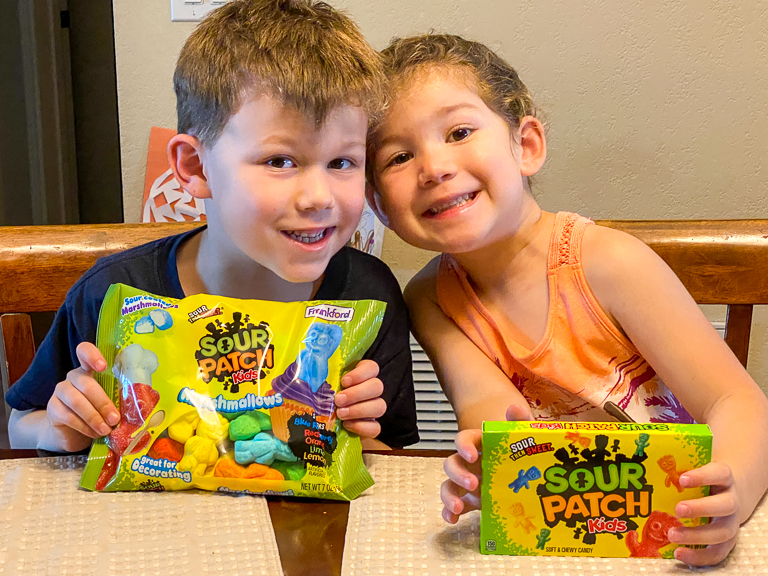 And since the candies are so good, we're going to have them right along side the marshmallows.

I was happy to see that it's not just sour marshmallows that we're going to have, but that each of them are flavored just like their candy counterparts. Blue Raspberry, Redberry, Lemon, Orange, and Lime. 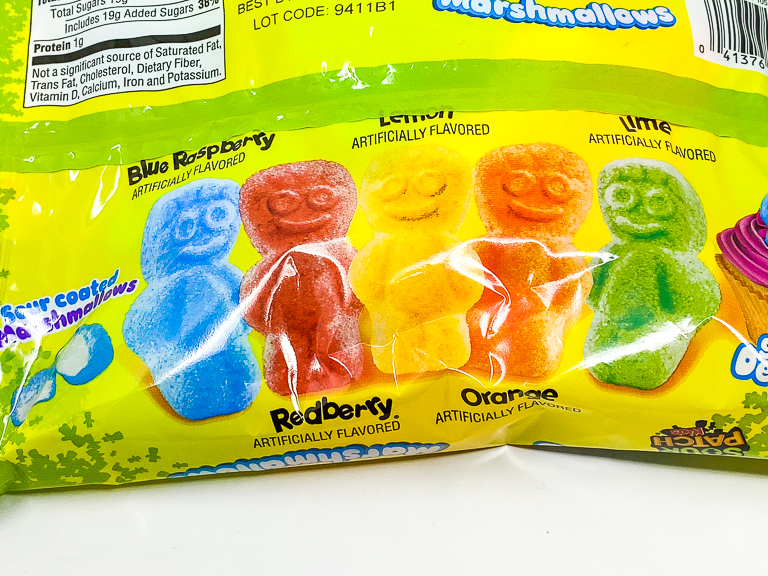 And look how they got the features into the marshmallow too! 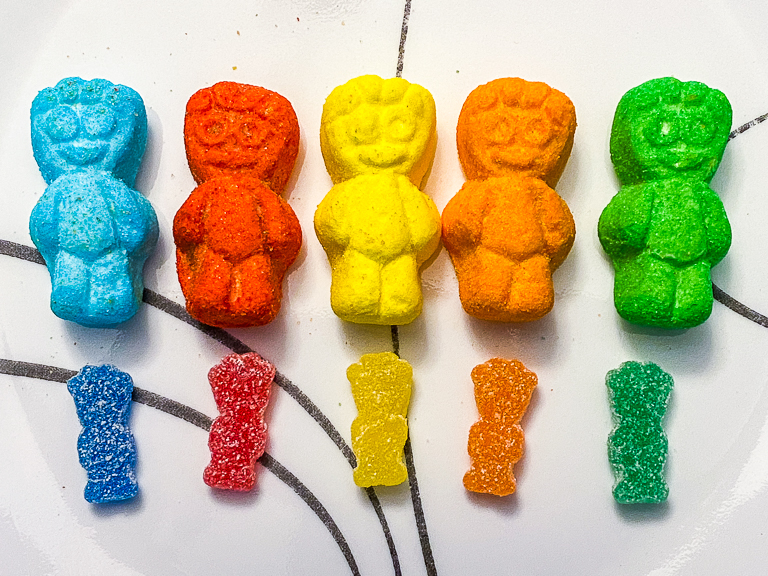 The outside is a sugary candy coating, with the insides being marshmallow. Honestly it reminded me of those marshmallow Easter candies Peeps. 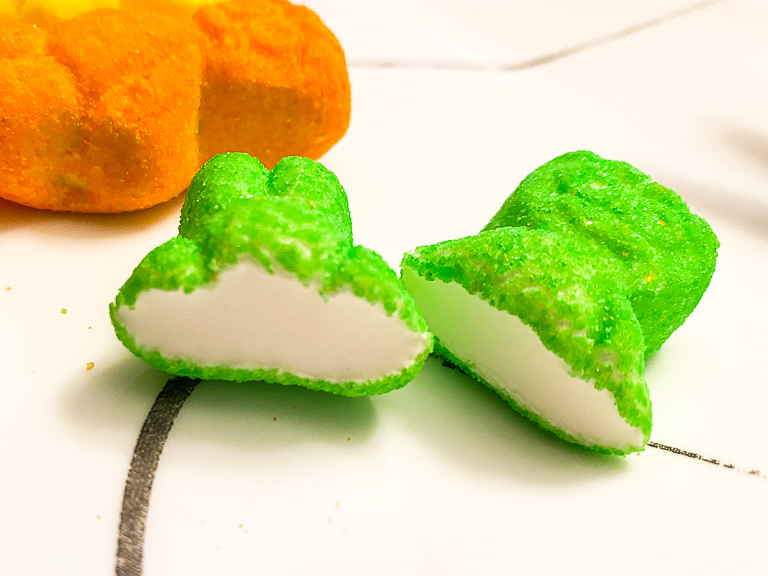 There's going to be three of us tasting these today, so I cut the marshmallows into thirds and pulled out three of each flavor candies. 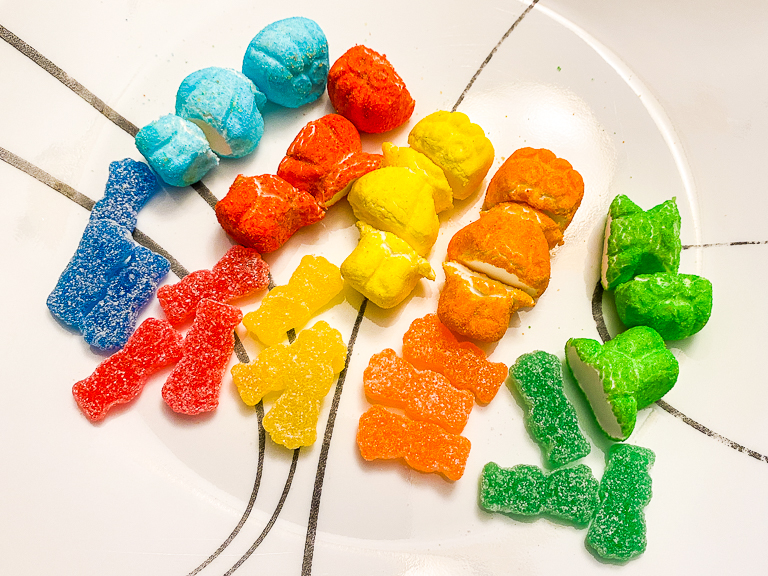 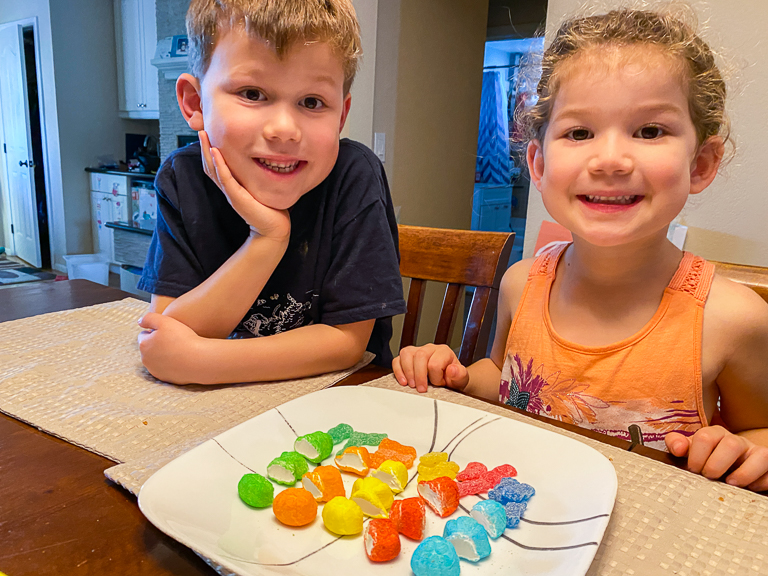 First we taste the marshmallow, then the candy. Here's our thoughts.
Lime - Ian and I loved this one. It has a sour punch and a tasty lime flavor.
Orange - Just a little sour and a light orange flavor.
Lemon - I was really hoping this would be a really strong lemon flavor. I love lemon. This one though wasn't what I was hoping. Alli said it best. "It tastes like marshmallow."
Redberry - This flavor is unique to Sour Patch Kids and it's great.
Blue Raspberry - Also a good one. Probably my second favorite. 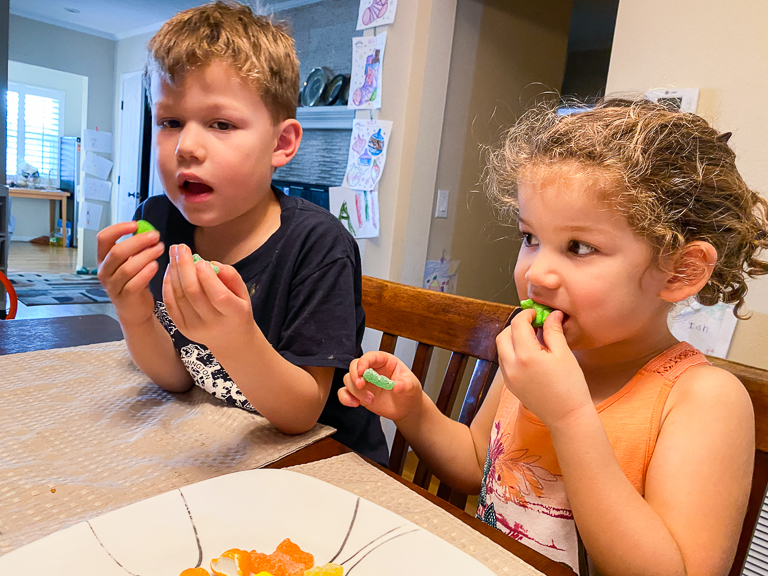 Everyone hold up their favorite flavor!
These were really tasty! I'm glad I finally found them! 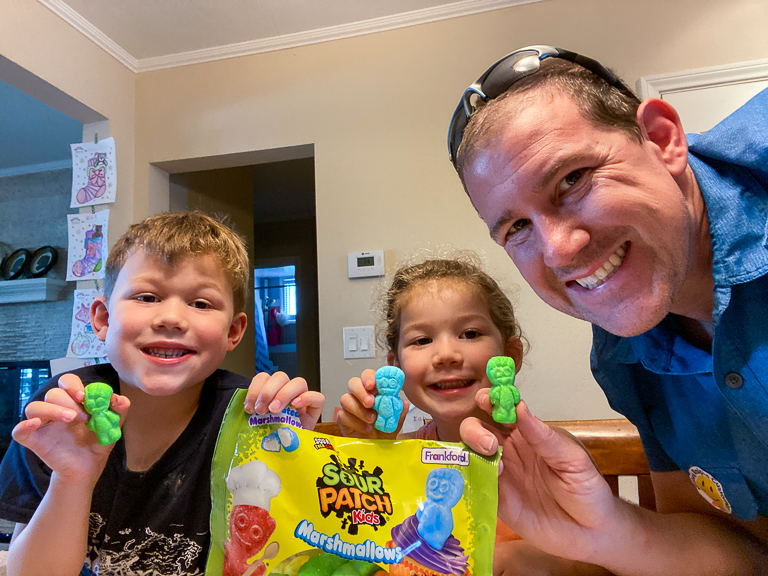