It's New Years in Michigan and we've got a few days to just relax and hang out. Because of all the puzzling we've been doing for the past week, we decided to step up our puzzling game. And we've got a New Years theme to it.
It's a 2000 piece puzzle of Times Square that's 38.5" by 26.5". It's massive and certainly the biggest one that I've ever worked on. Even the sorting of the pieces is going to be a challenge. I really hope there aren't any missing pieces. 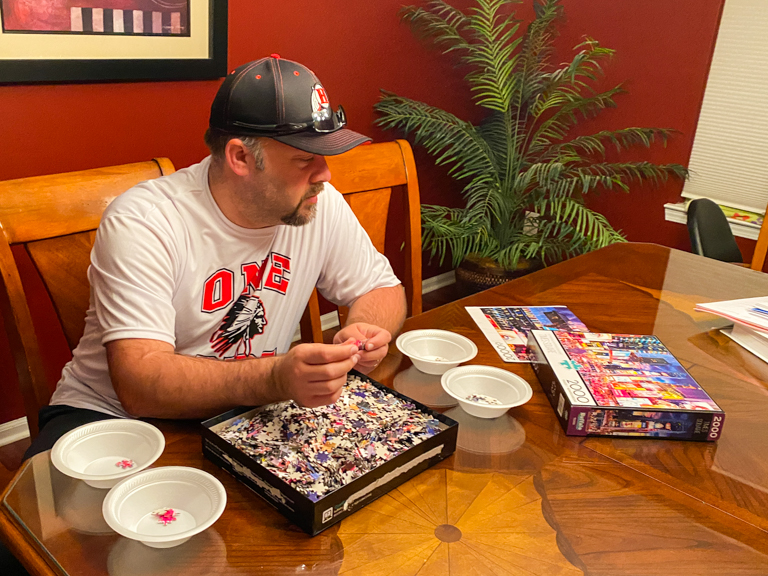 We split them up into signs, buildings, and people. Some of those pieces were pretty hard to classify. 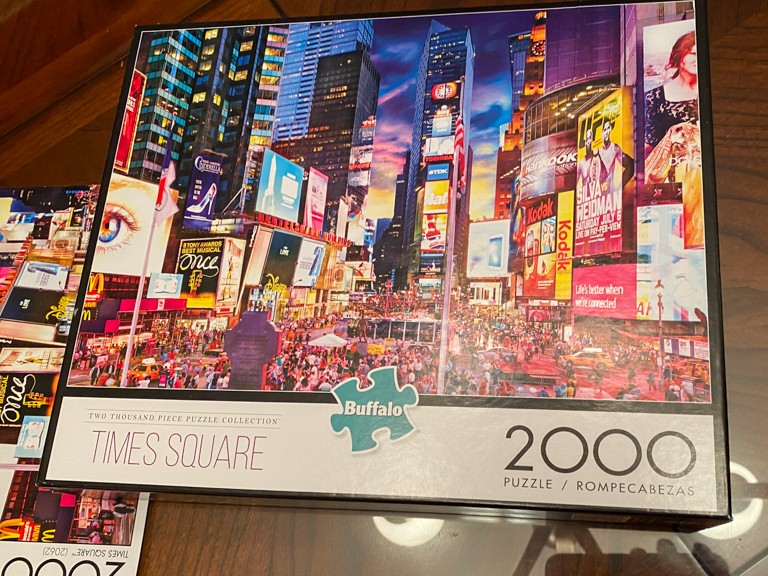 But after a day working on it, things are starting to come together. We'd hoped to have it together by midnight on New Years Eve, but that turned out to be a little too ambitious. 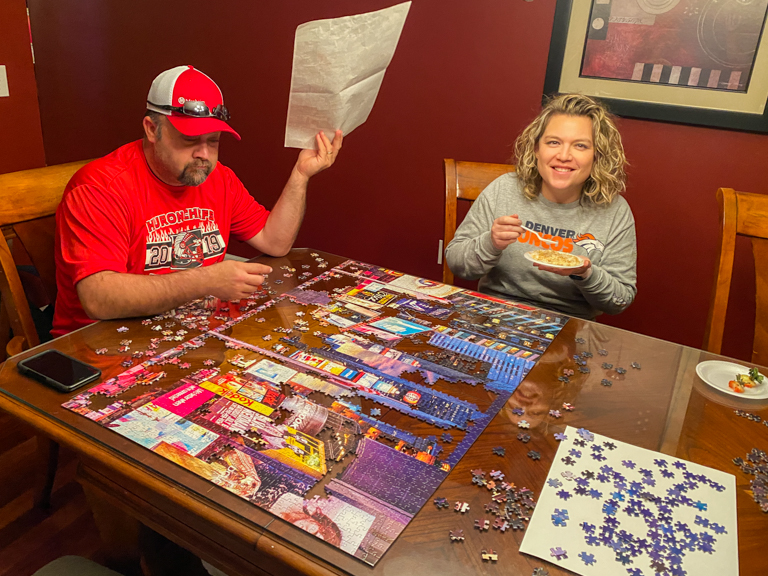 But the next day, all the pieces are in! No missing pieces either! 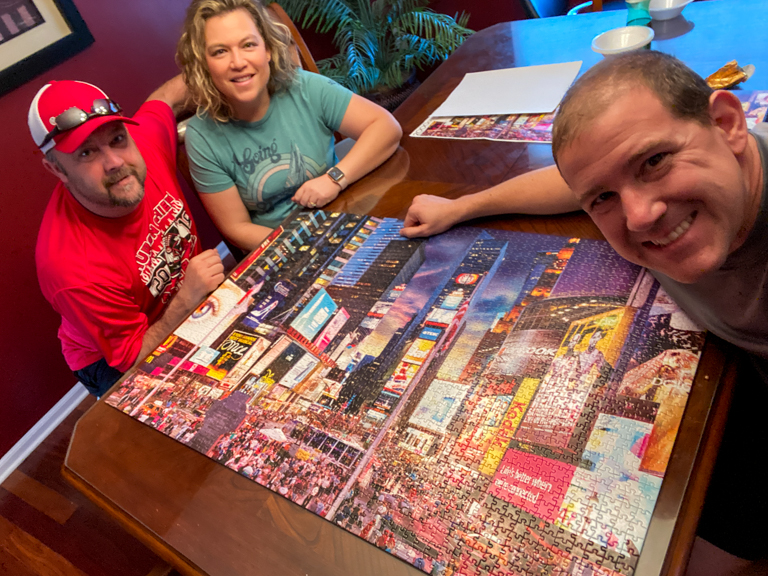 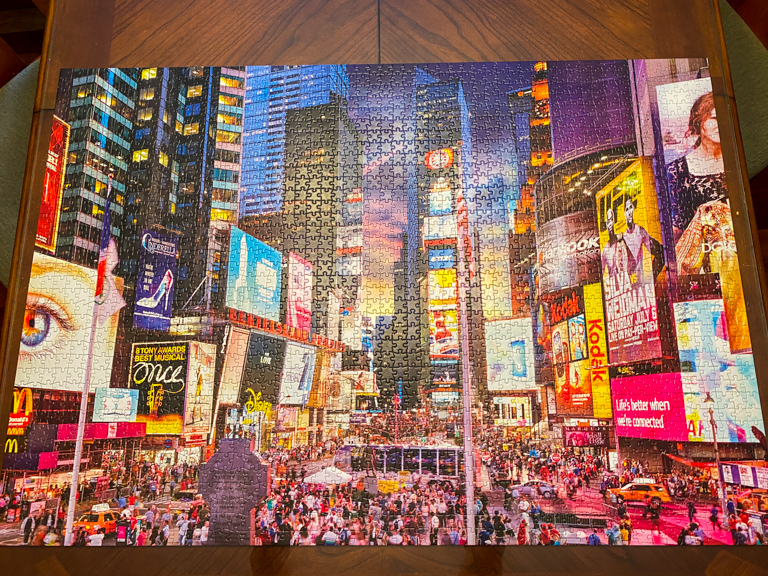 Donald and family weren't here, but they did leave us a little present. Some cheese from the Frankenmuth Cheese Haus. There's a 9 year old White Cheddar and a Extra Mature Irish Cheddar. 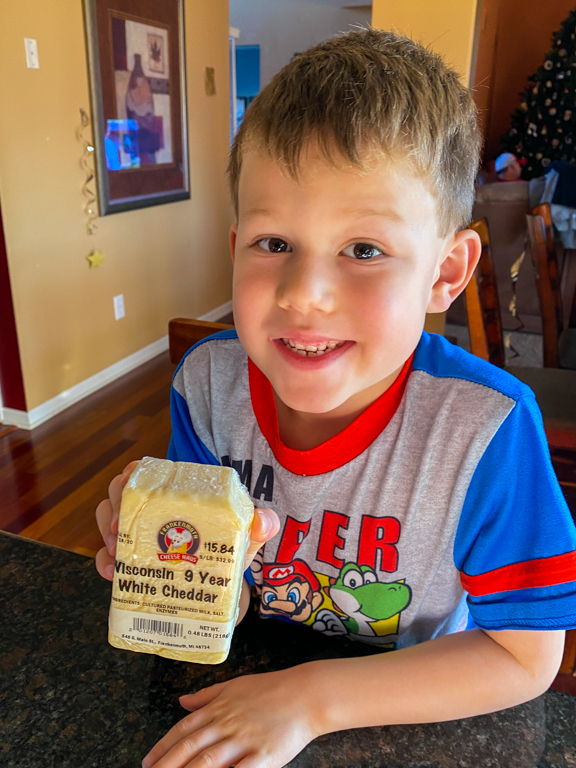 This boy loves aged cheese. He wasn't even 1 when we stopped at the Cheese Haus for the first time. And back then he loved the aged cheddar too. He's giving a thumbs up for the 9 year old one. 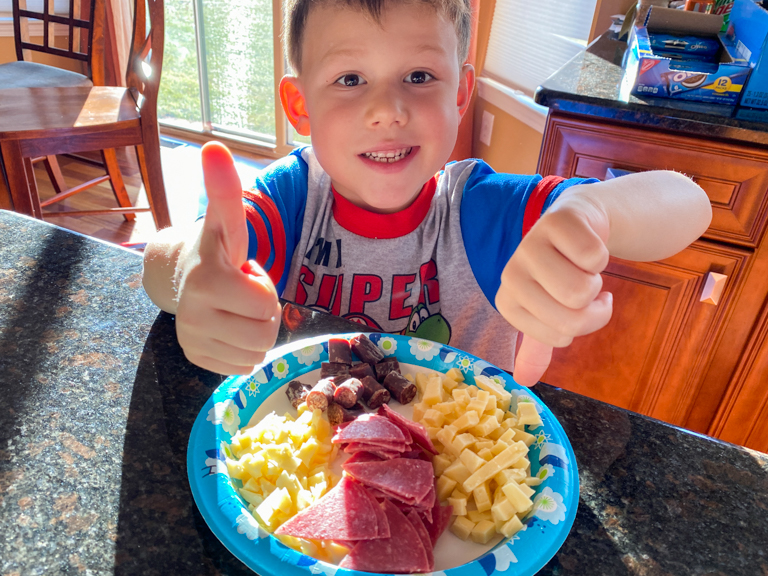 We put together a pretty tasty sampling platter with the cheeses, deer sticks, salami, ham, crackers and apples. 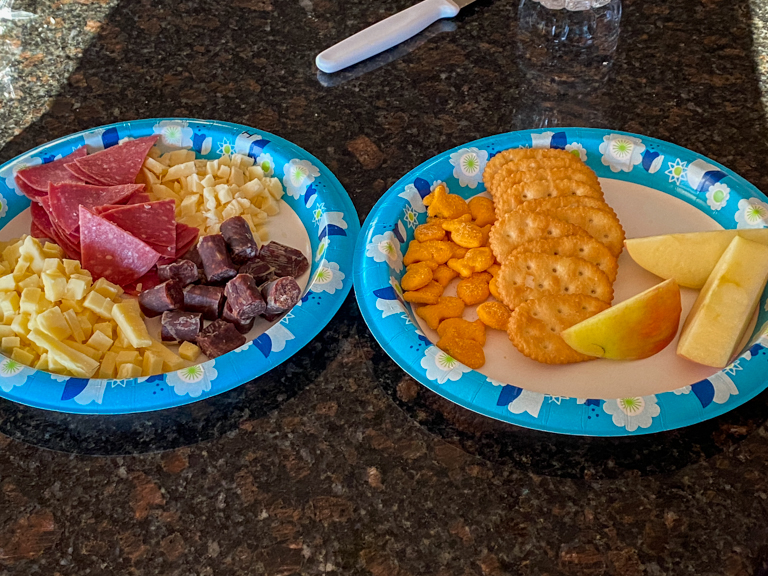 With nothing really going on, it was just a relaxing time hanging out with friends and family. 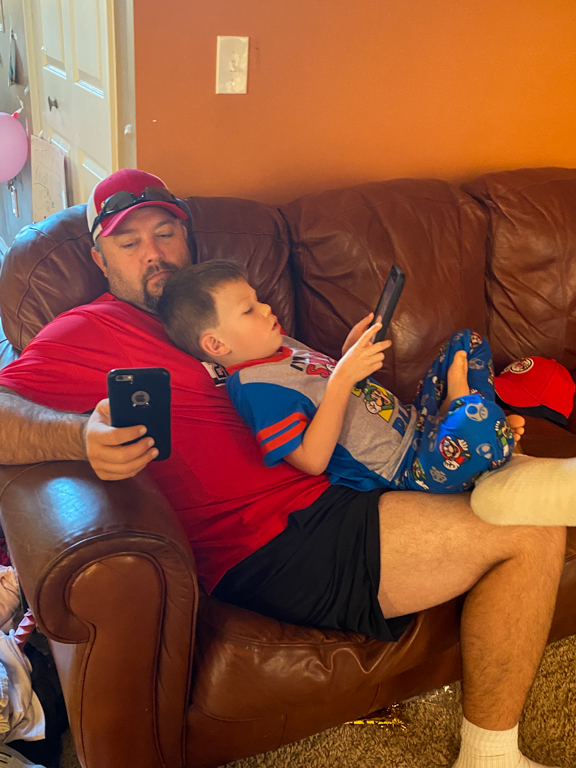 And I definitely appreciated having the real fireplace. Now that their cousins can drive, the kids got to go out for frozen yogurt. 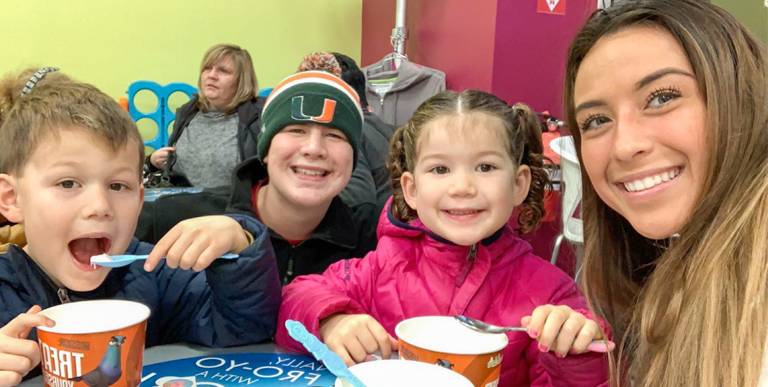 The adults weren't invited, so Tyler made us some tasty nutella waffles with ice cream, strawberries, powdered sugar, and cinnamon. Very tasty. 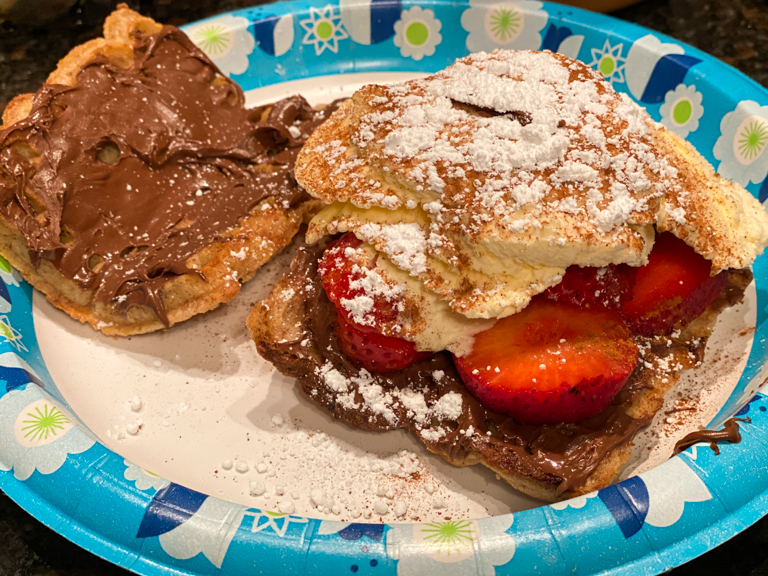 But before too long, it was time to go. It's been fun Michigan, but it's time to get back to California. Before we boarded, Alli said she wanted to give the announcement this time. I'm sure your time will come eventually girly. 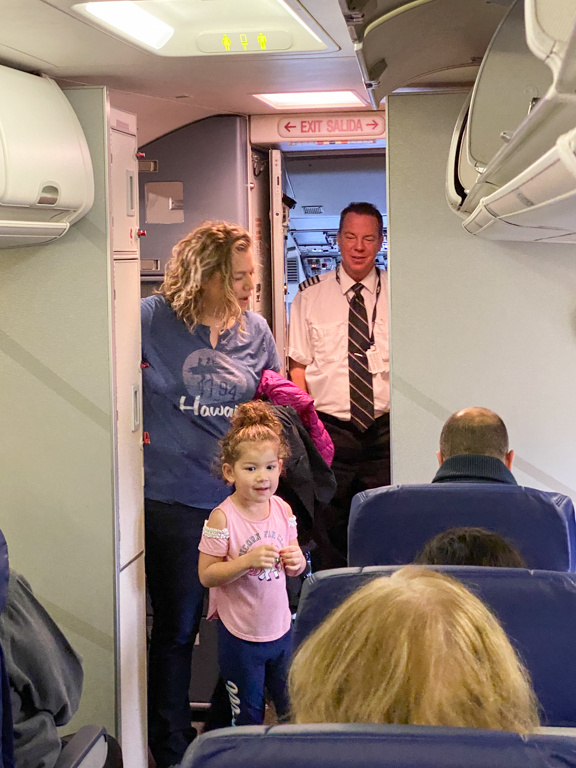