Time for a taste test! Any time Pringles comes out with something interesting, I like to give them a taste. These Roasted Turkey Pringles have been around since Thanksgiving, and we tasted them as part of our 19 different Pringle taste test. Now it's time to taste them by themselves. 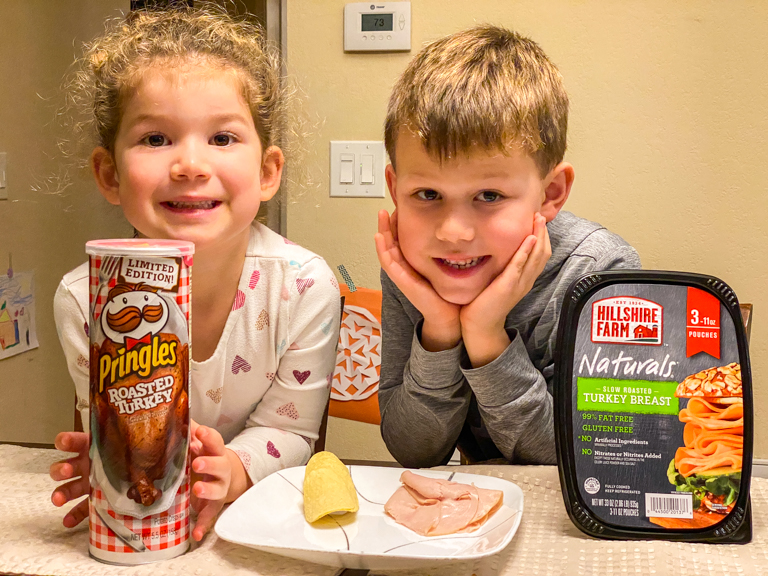 And like usual, we'll taste them with what it's supposed to represent. In this case, Hillshire Farms Naturals Oven Roasted Turkey Breast. 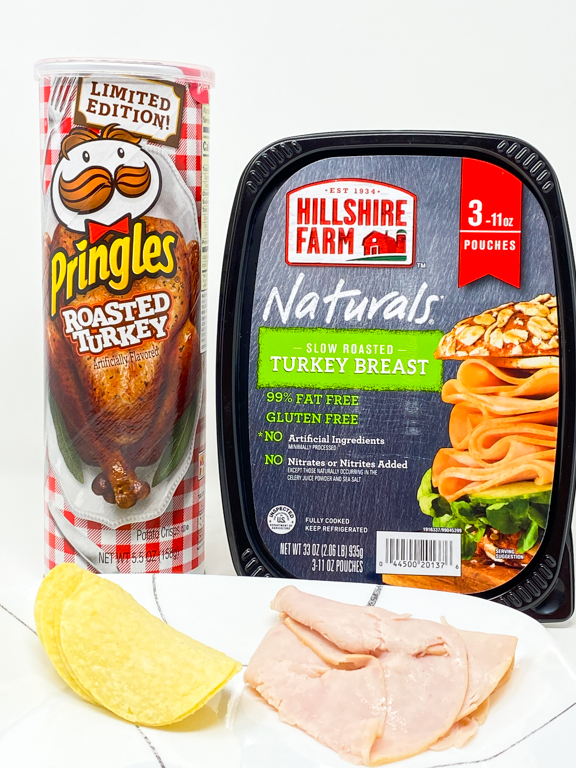 We'll start with the real turkey. The kids love lunchmeat and turkey is no exception. It tastes like the turkey I've had before with that lunchmeat turkey taste and smell. 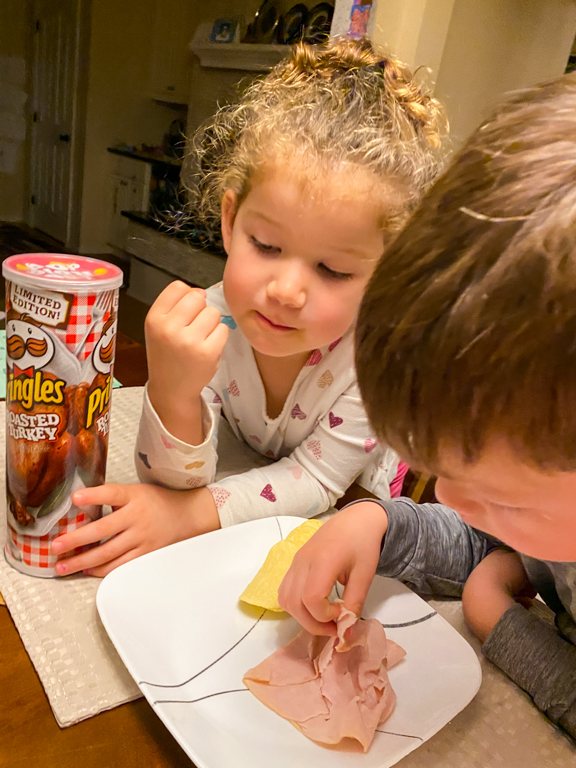 Now for the Pringles. The kids like them. And I think they taste pretty good too. It's a savory flavor. I'm picking up not just a turkey flavor, but maybe also an attempt at the spices of either the stuffing or whatever a roast turkey is flavored with.
Ian made the observation that it tastes like chicken powder, which I think he really means the poultry bouillon cubes. 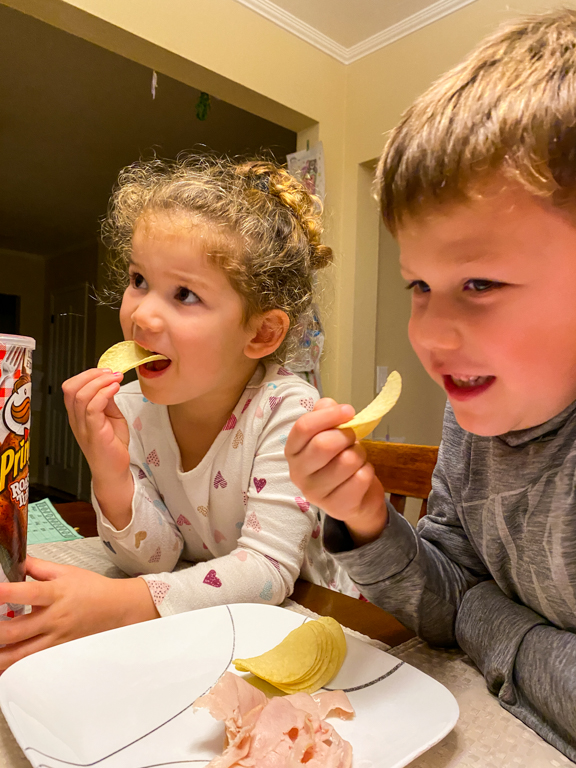 The Pringles are gone and the turkey isn't far behind. They're tasty. 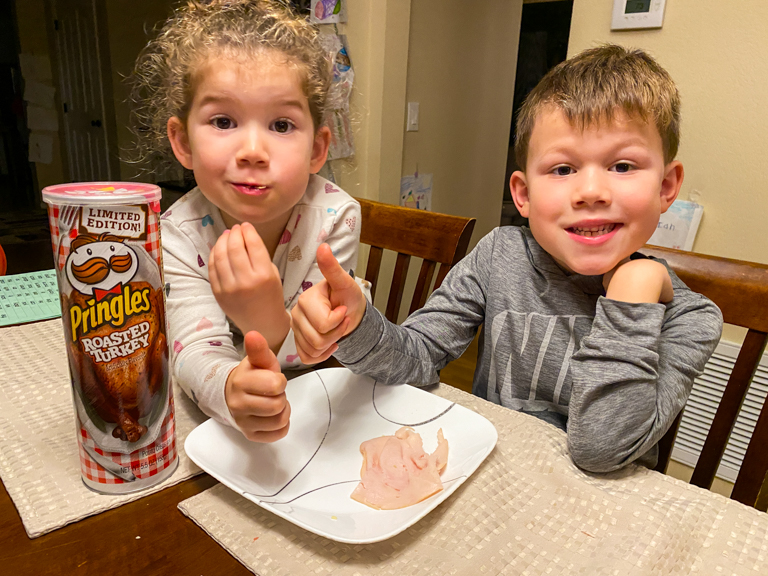