Fun in the Snow in Colorado

One of the questions Ian had while we were driving to Colorado was "Can we play in the snow?" Driving into the state, we saw that Pikes Peak had a lot of snow at the summit.

Well Ian, it's almost May, so I'm not sure how good the chances are that we'll be playing in snow before summer.
Turns out that just 1 week later, temperatures would drop enough that we did have a small snow storm! The kids were super excited to look out the window when they woke up to see big fluffy snow flakes falling down! We raided the closet for any snow gear that might fit. There was a kid's size snow bib for Alli, but Ian had to wear an adult bib with the legs rolled up and the straps shortened as far as they can go.
They started out with a small snowball fight! 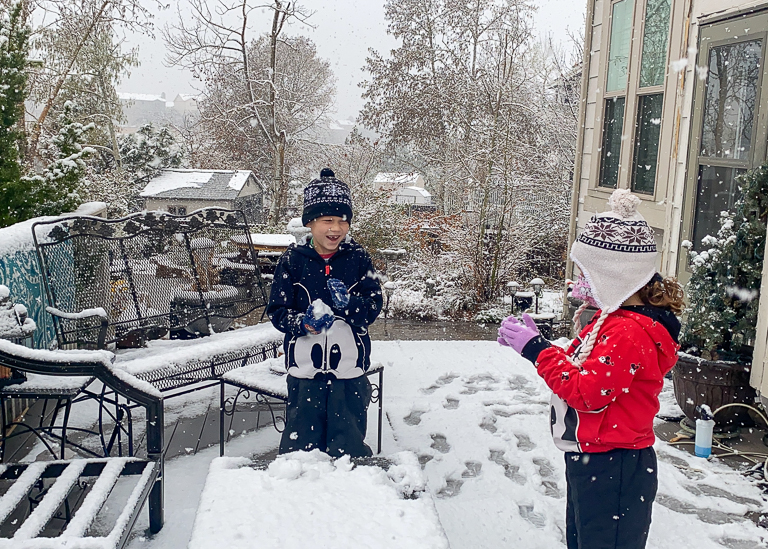 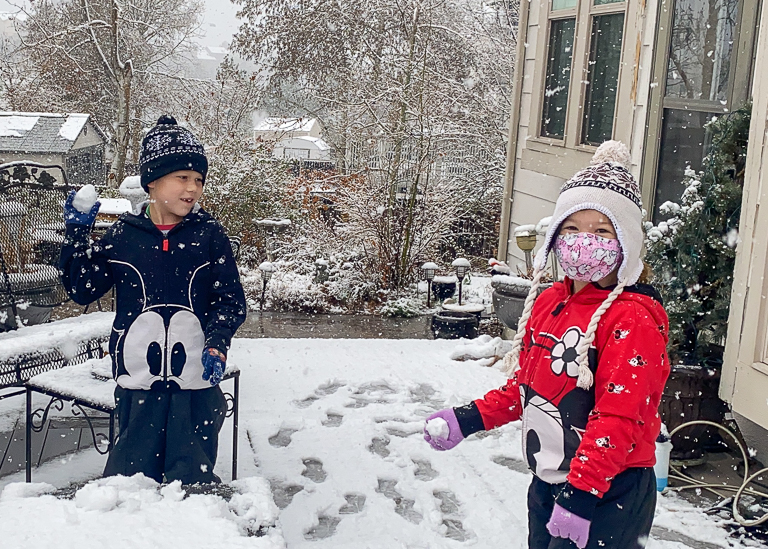 That means we can build a snowman! The deck had a nice layer of snow with a couple inches, and since it's not in the grass or dirt, it's super clean! 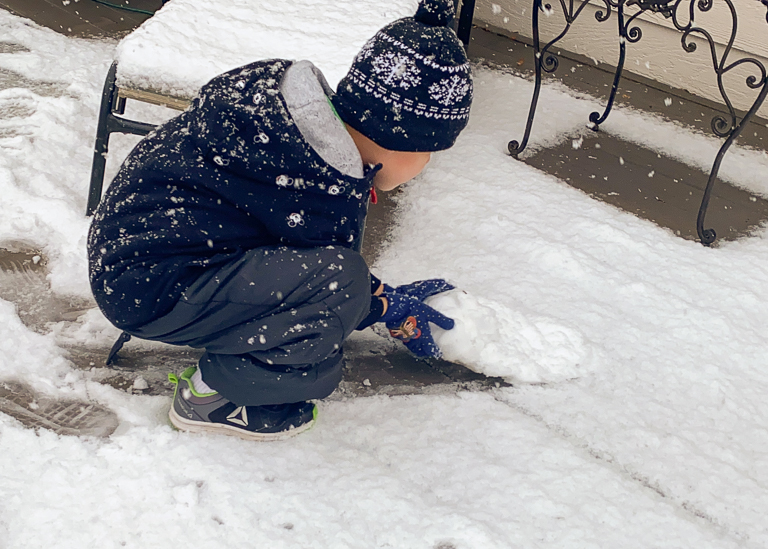 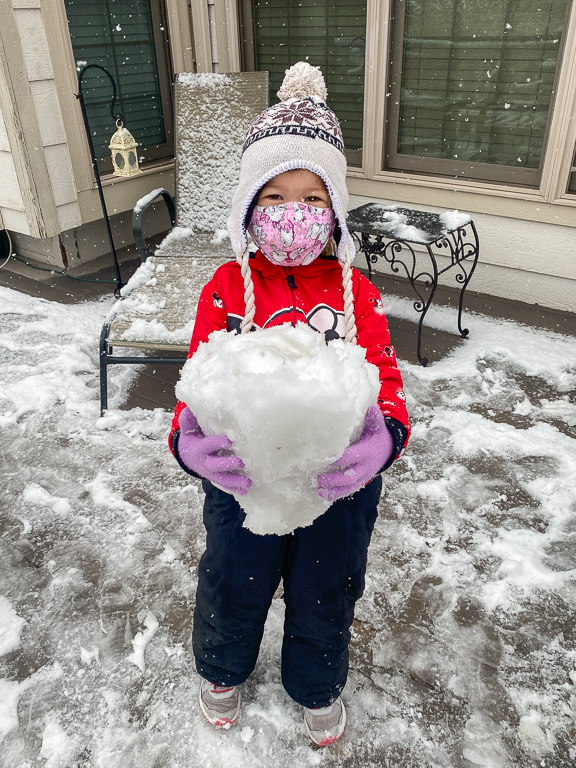 It's getting there!
Mommy! Can we have a carrot? 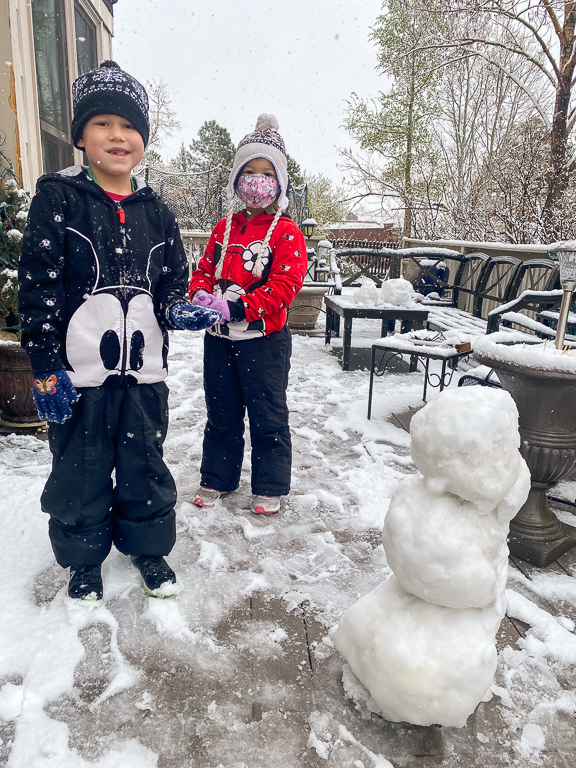 They found a few of the pebbles and decorative rocks that Gram has and gave him eyes, buttons, and a smile. A few extra items from the bin of snow clothes and we've got ourselves a cute little snowman! 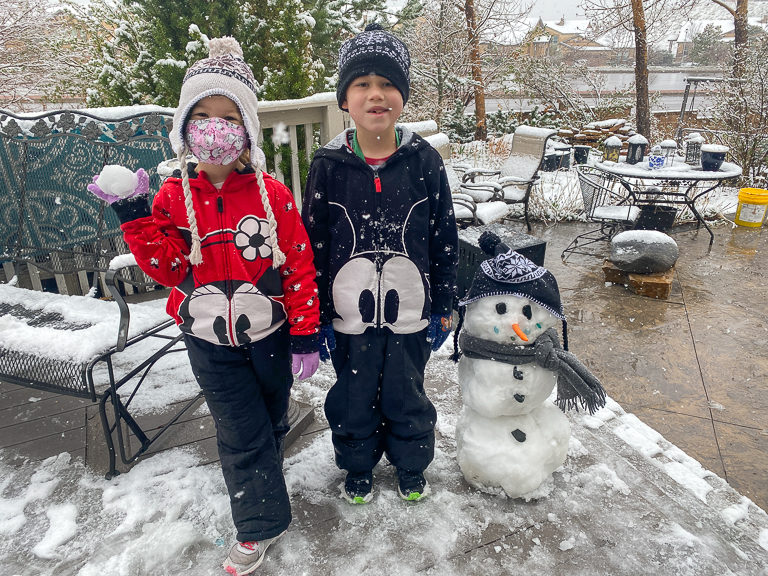 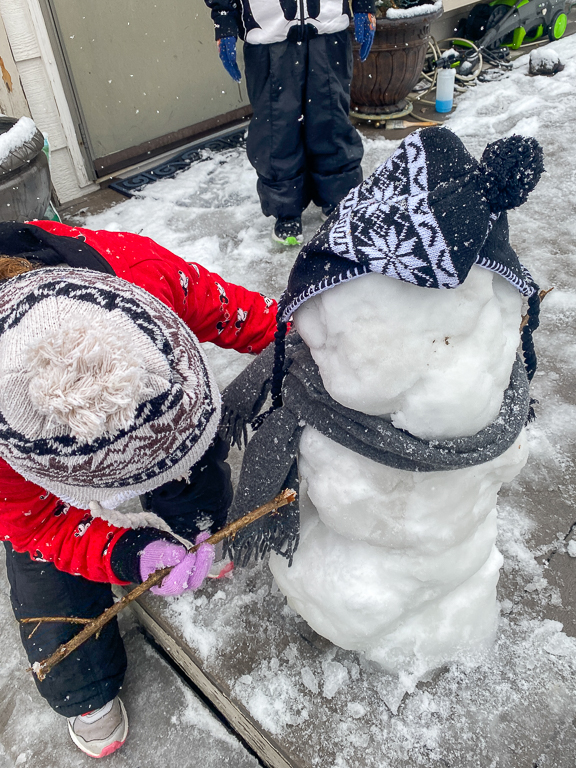 Ian - He should be throwing a snowball!
He has just enough fingers to hold a snowball and he's lying in wait for anyone who comes out of that back door. 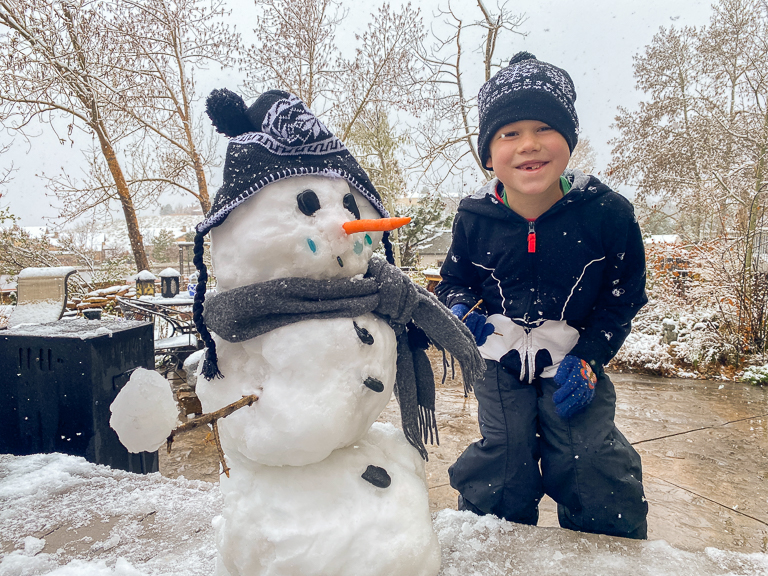 Online school is starting in just a few minutes. It's nice to be able to spend these mornings with the kids! The kids thought our snowman could use a friend. We quickly made one. 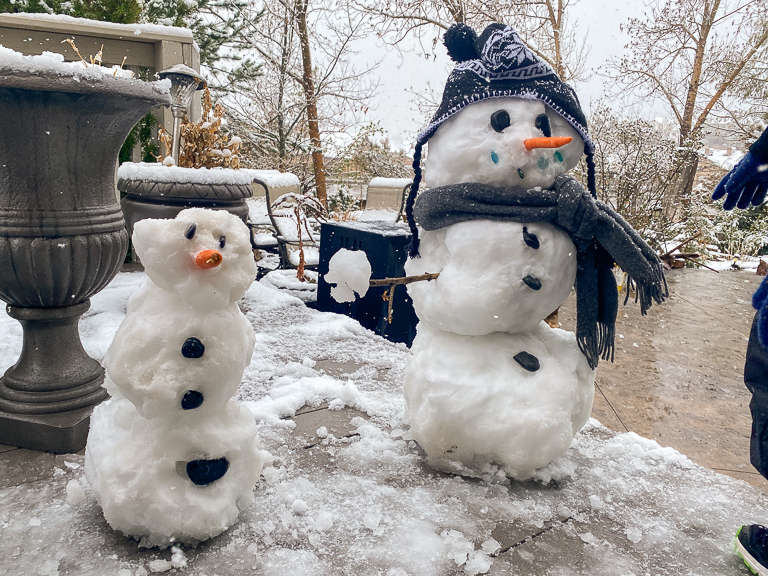 With 10 minutes before school, the kids scarfed down breakfast. Warm grits and hot chocolate. Thanks Mommy! 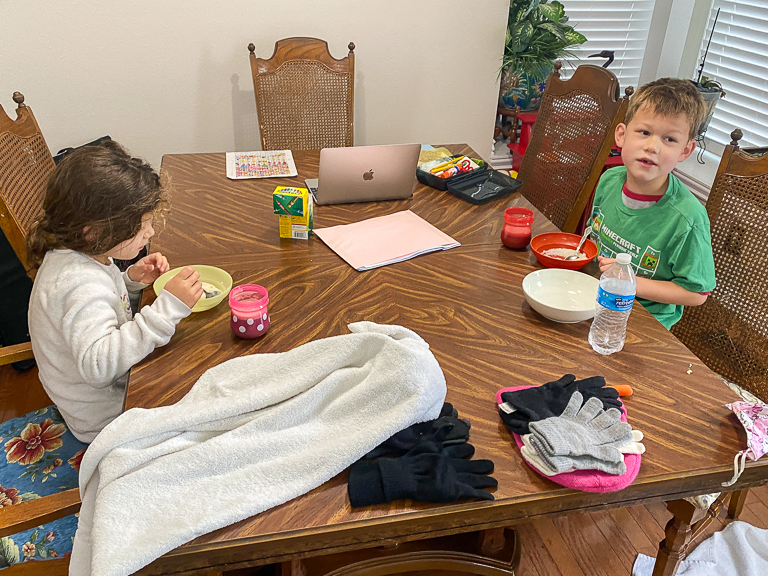 And it didn't take too long for our snowy friends to melt away. Crazy Colorado! 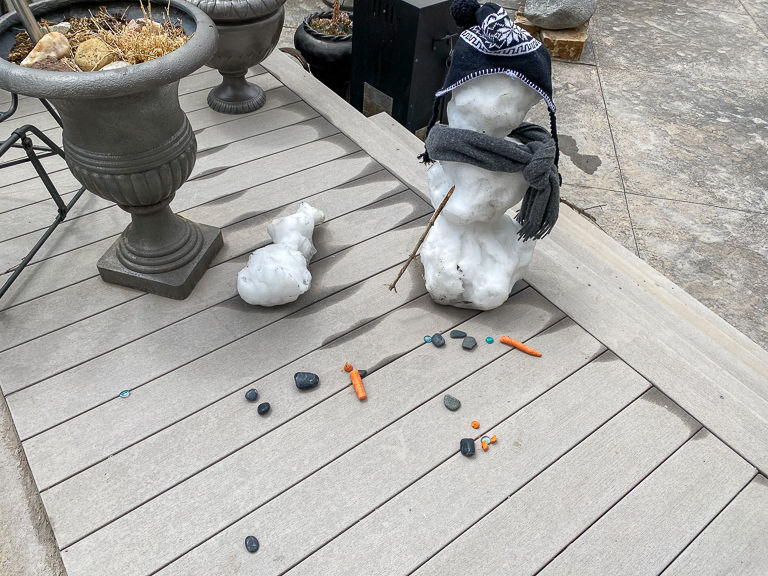