Happy Sunday! We're in Colorado visiting family for a few weeks, but we're continuing our Sunday pizza tradition! And since it's been so long since we've cooked for anyone other than ourselves, why not take some special requests.

For Sunday pizza, I asked Pop Pop what kind of pizza I should make, and immediately he knew he wanted thin crust pizza. What about toppings?

Pop Pop - There's no way to make my pizza wrong, but I like lots of meat on it. 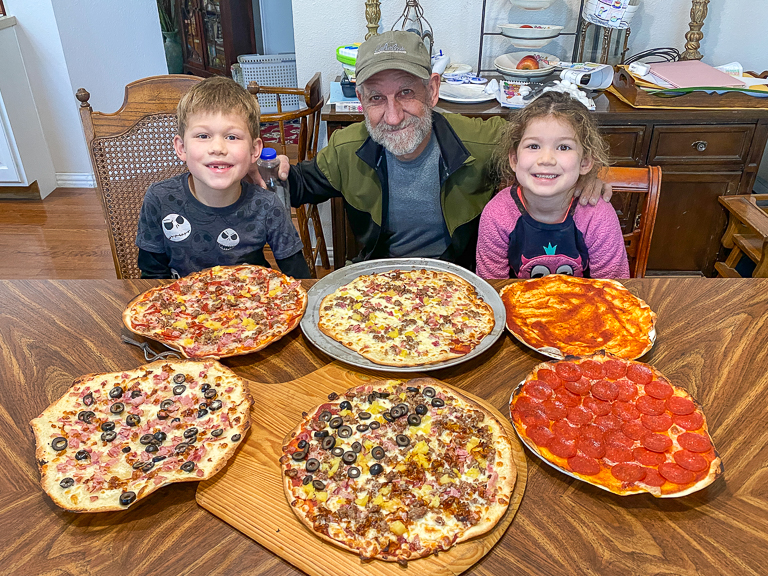 A great part about thin crust pizza is that you don't have to get it started too early. I use a recipe from tworedbowls.com for cracker crust pizza, and everything comes together in the mixing bowl in just a few minutes. 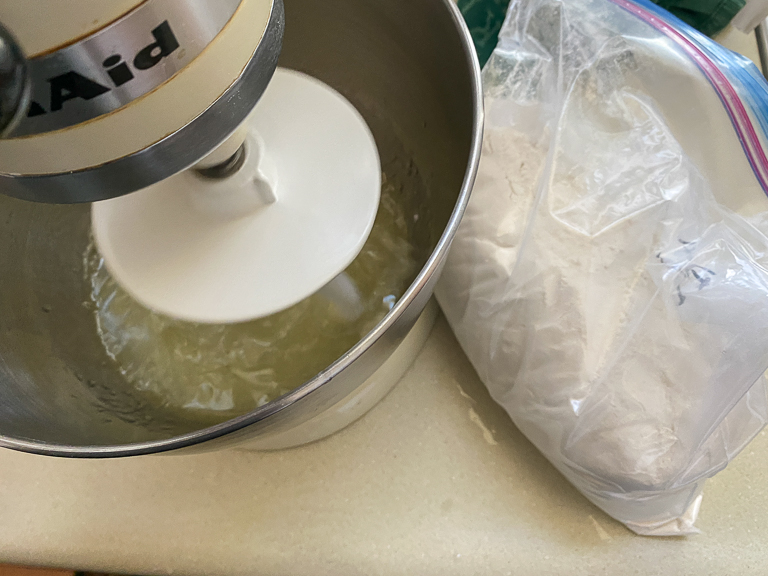 There's no waiting for it to rise, get punched down, and re-rise again either. I just wrap it in plastic for a few minutes while I do some of the other kitchen prep. 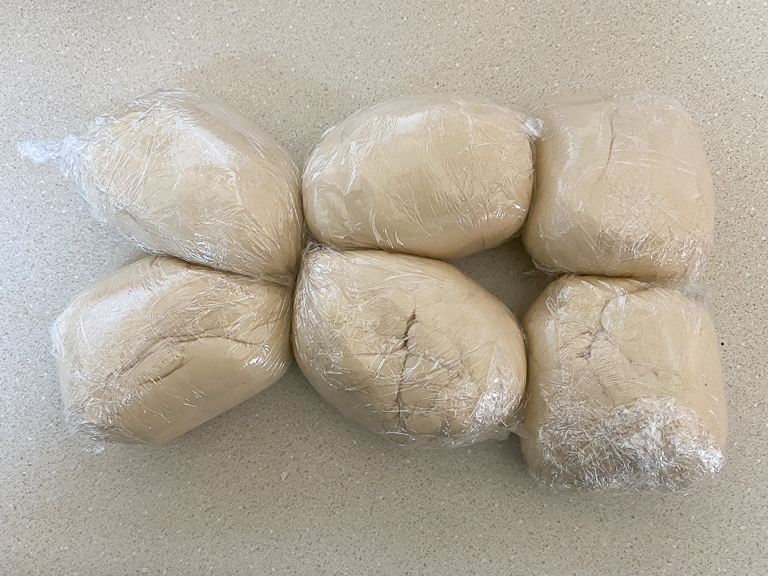 Then I roll the pizza dough between two sheets of parchment as thin as I can. I bet a pasta roller would do a good job at this, even if they were super long. Perhaps they'd be like a flatbread.
Tonight, everyone is getting their own thin crust pizza, and they can do toppings however they want. 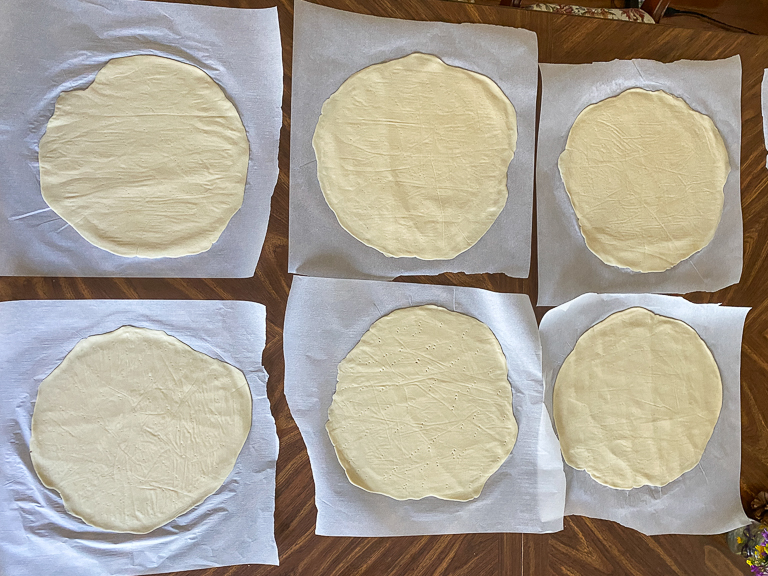 The only thing I'm really lacking is oven space. I'm pushing it to cook 3 pizzas at a time. 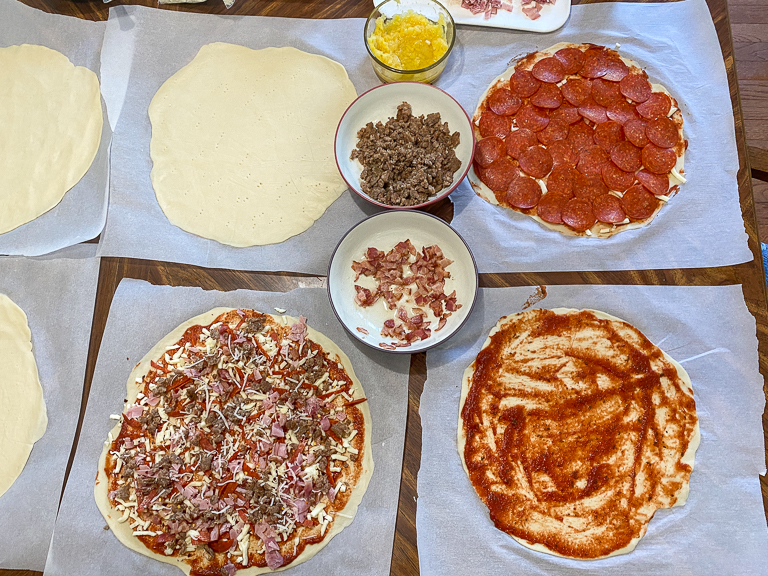 No red sauce huh. Must be a Theresa pizza. 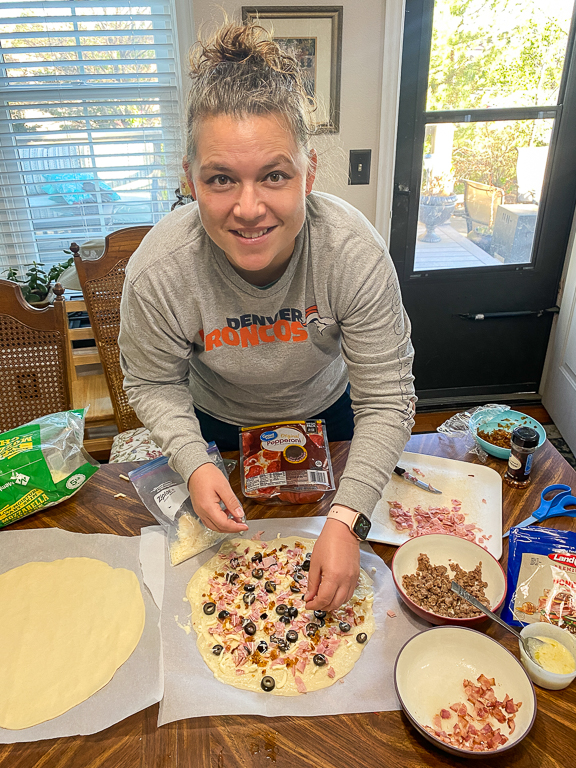 From the left to right, top to bottom.
1. Ian wanted "loads" of pepperonis on his pizza. I covered every visible surface with pepperoni. Once I presented it to him and asked if it was enough, he said "just barely".
2. Pop Pop wanted all the meats, plus some variety in the sauce. His is half homemade red sauce, half homemade white sauce, ham, bacon, sausage, pepperoni, caramelized onions, olives, and pineapple.
3. Theresa is going for white sauce, caramelized onions, olives, and ham.
4. Alli just likes bread and sauce. No fancy toppings for her.
5. Gram is going half and half on the sauce too, plus bacon, ham, sausage, and pineapple.
6. And for mine, red sauce, all the meats, pineapple, parmesan, and red pepper flakes. 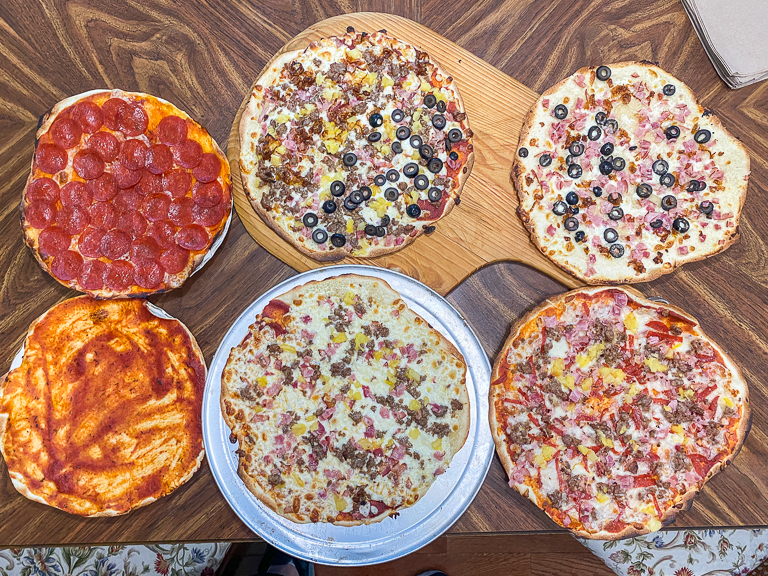 Pizza day is always good. Especially for those who don't have to cook it. 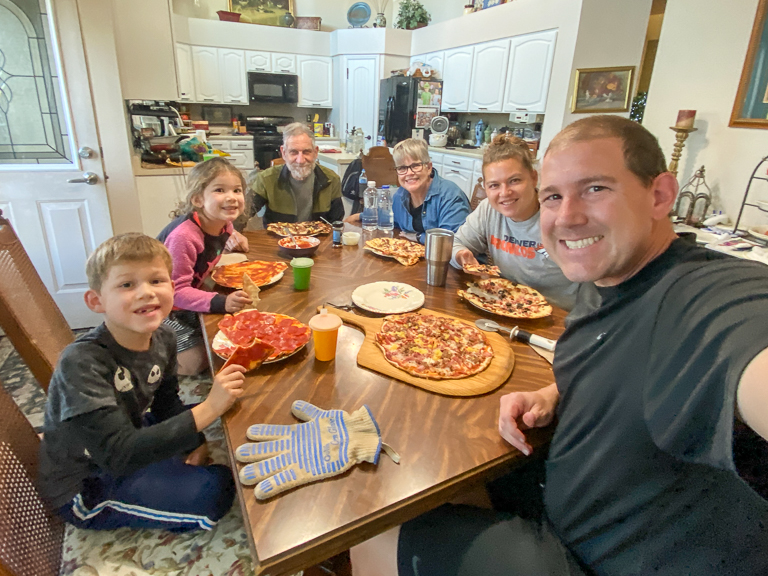 And was it a success? Well Alli's plate is clean. 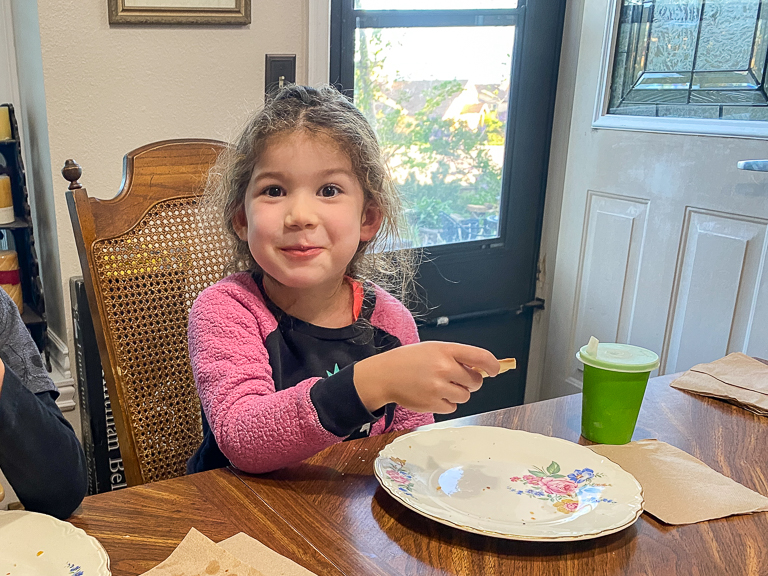 As was the plate of every single other person except Gram who is saving some for lunch tomorrow. Thin crust pizza is a hit! 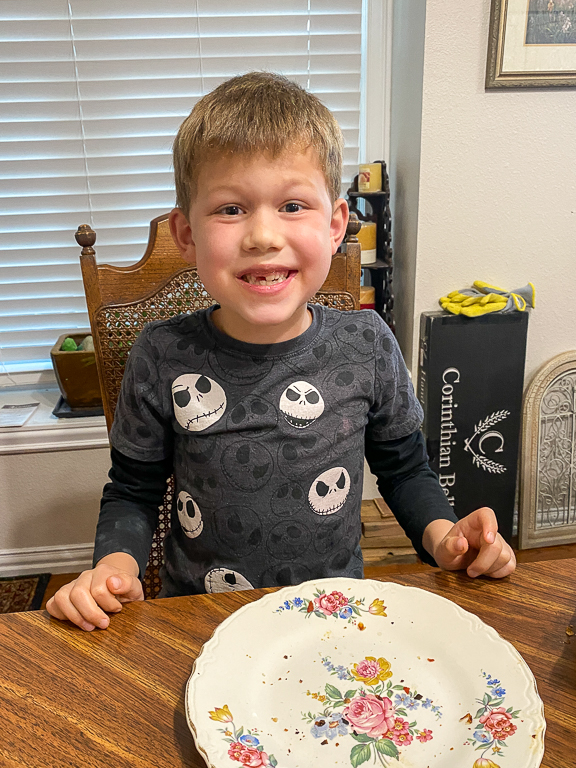