Time for a Fruity Pebbles Ice Cream taste test! It's the 50th anniversary of Fruity Pebbles being released and there's a ton of new stuff coming out. 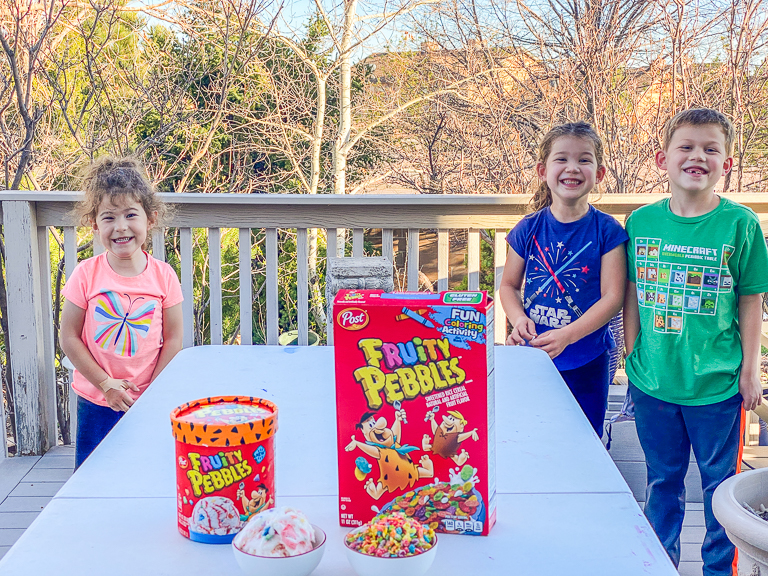 I love that the ice cream container matches the colors on the box so well. And they could have done a regular red ring around the top, but they chose to do an orange and black pattern, just like Fred's outfit. We'll be trying the ice cream today along with Fruity Pebbles cereal. 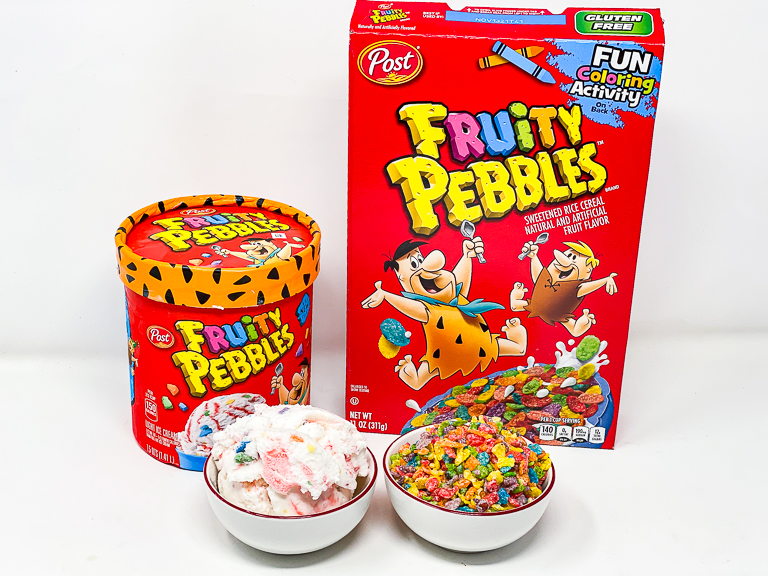 On the back there is a graphic for the 50th anniversary. 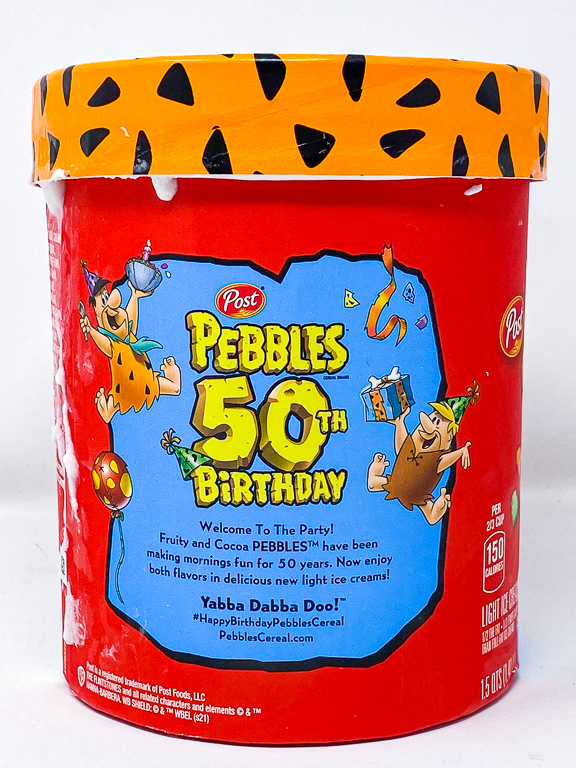 I read the description ahead of time, but it still caught me off guard when I finally ate the ice cream. I was totally expecting the rice cereal pieces to be in here. Instead it's a candy bedrock bit. 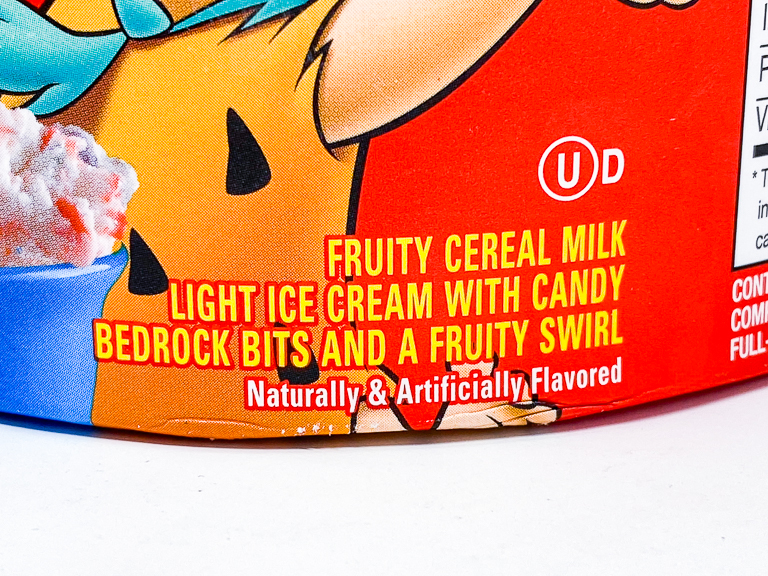 Speaking of, here's those bedrock bits now, along with the fruity swirl. I like how there's a rainbow of colors, just like the cereal. 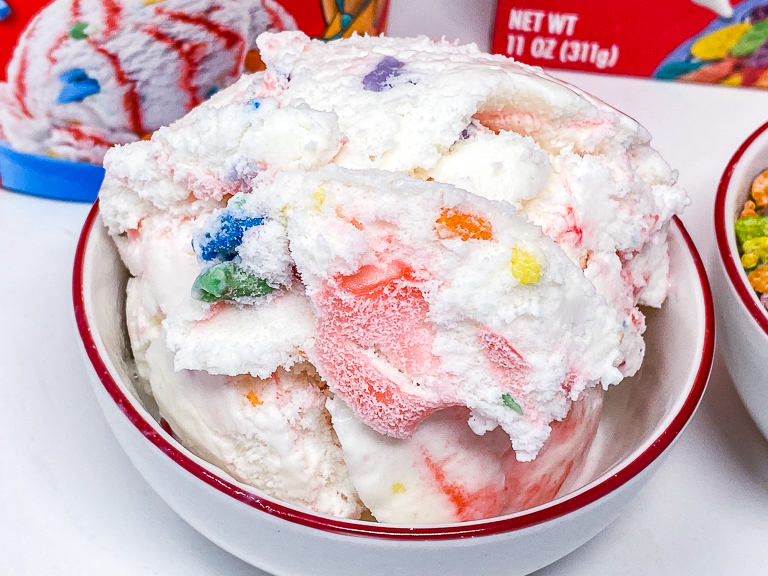 Let's taste it! We gathered outside to try the two different treats. First up is the ice cream. 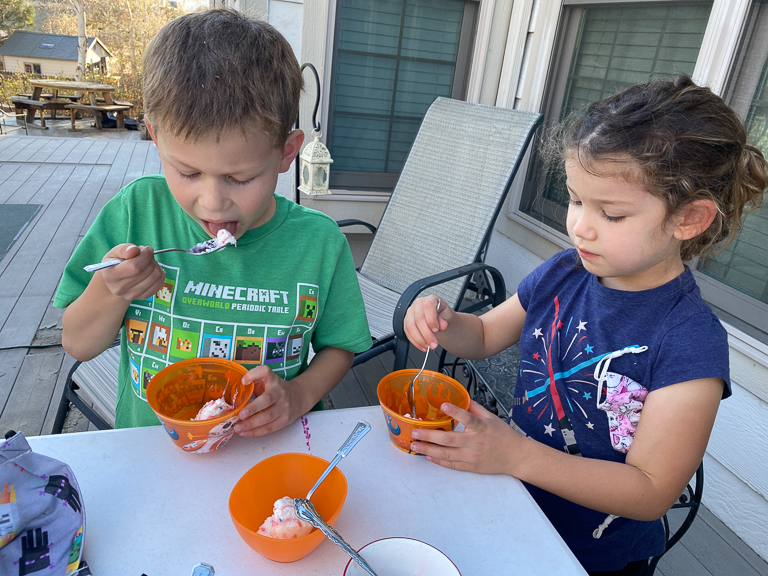 I tasted the cereal flavor right away. And the fruity flavor was really close to Fruity Pebbles. This is where the crunchy Bedrock Bits surprised me. I was expecting a rice cereal crunch, but instead it was a candy melt type crunch. They were good, but not quite what I was expecting. 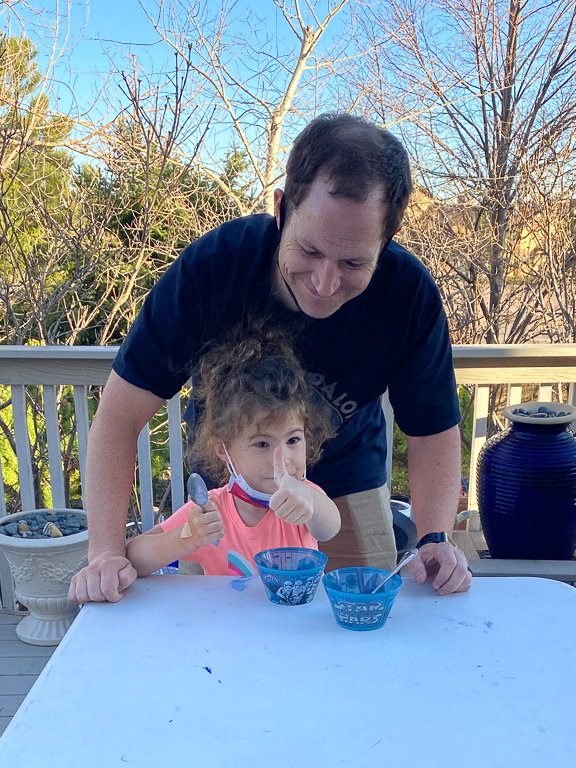 The general consensus what that they did a really good job matching the flavor of Fruity Pebbles. Everyone who tried it (except Theresa) thought it was tasty. Theresa agreed that it tasted like Fruity Pebbles, but that's not a flavor she wants for her ice cream. 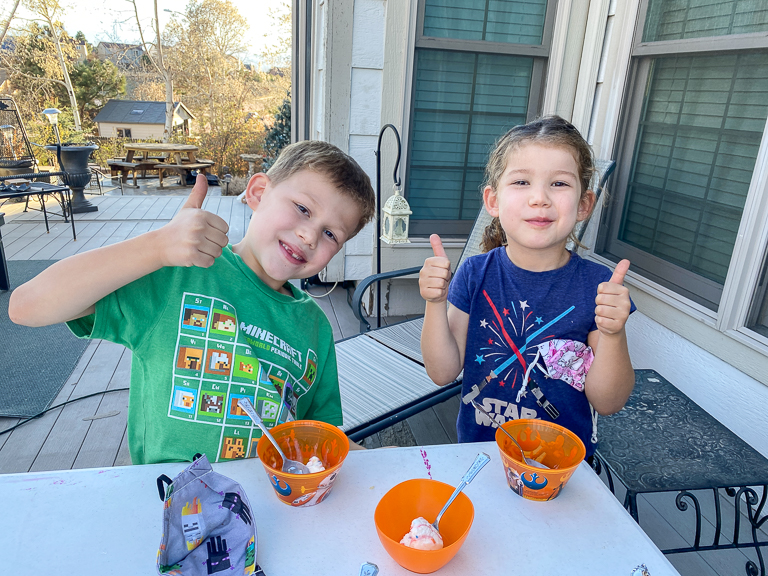 I am missing that crunch from the cereal though. 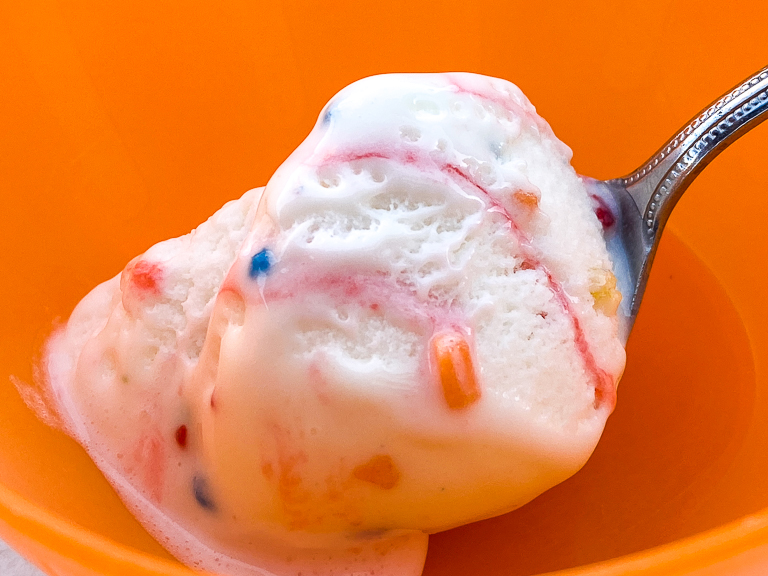 Solved it. That's perfect! Crunchy cereal, cereal milk flavored ice cream, and candy bits too. Yum! This was a tasty one, but given the choice of cereal flavored ice cream, I'd still go for the Cinnamon Toast Crunch Ice Cream we tried a few months back. 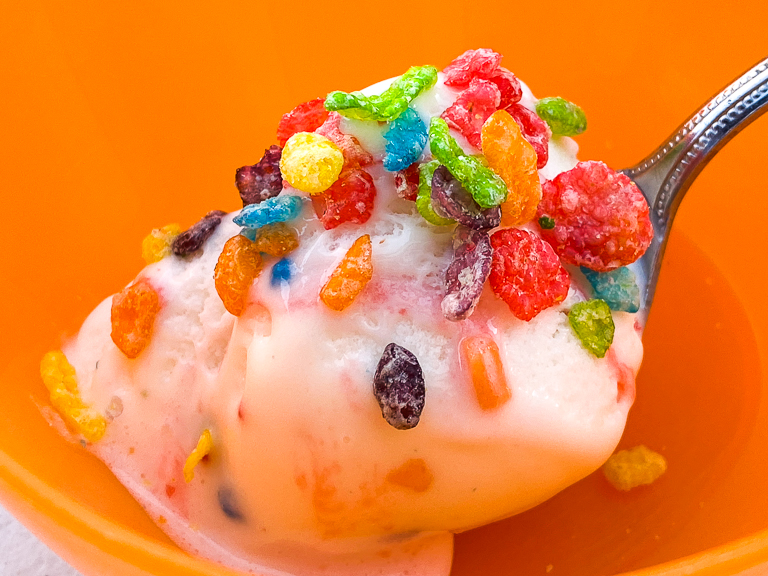