Phew, it's hot in Southern California. I could use some ice cream to cool down.
Good thing I picked up something new that we can all taste together! Cinnamon Toast Crunch now makes an ice cream! 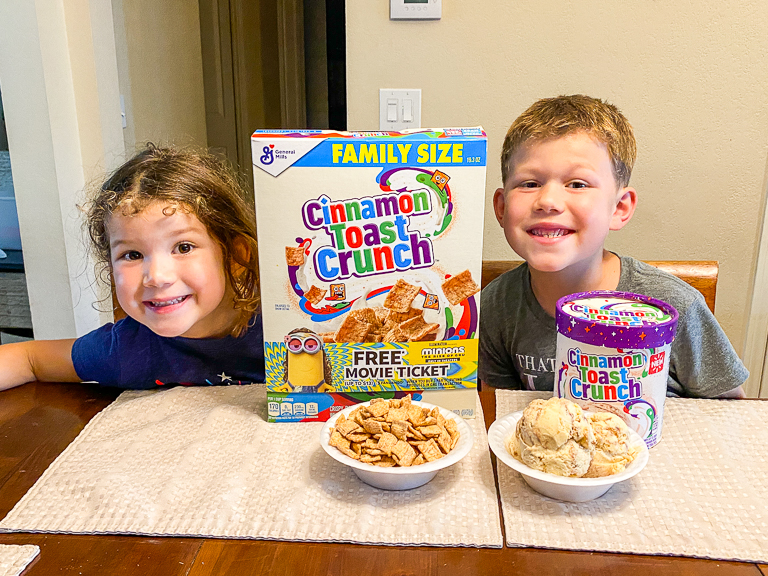 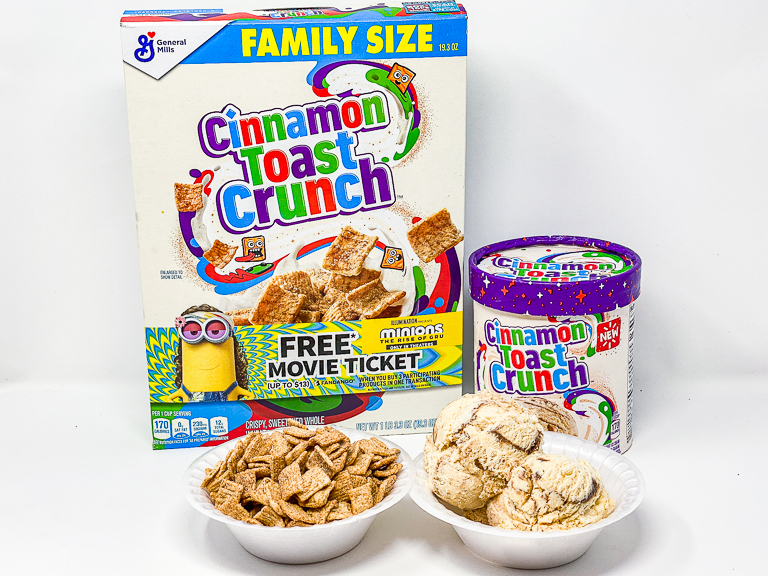 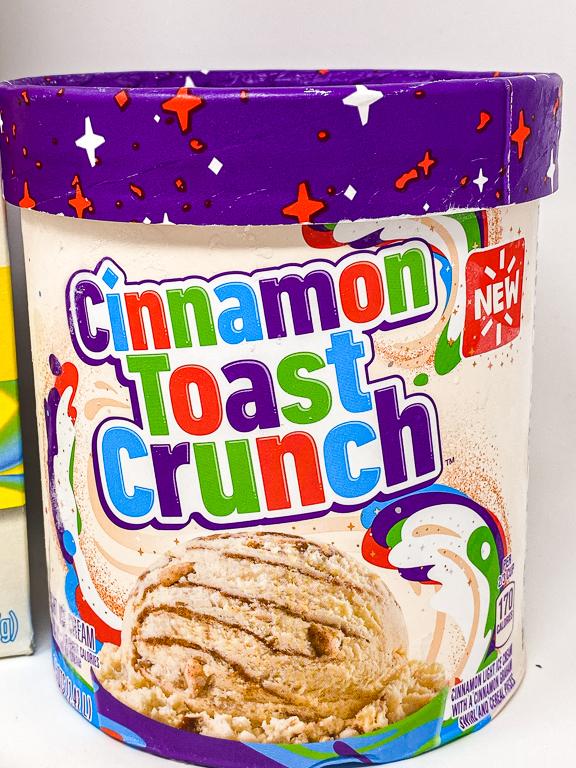 I do like cinnamon ice cream. I think the cinnamon graham swirl is going to be great. Not too sure about the cereal pieces. When we taste tested the Kit Kat ice cream the wafer pieces had gone all soggy. 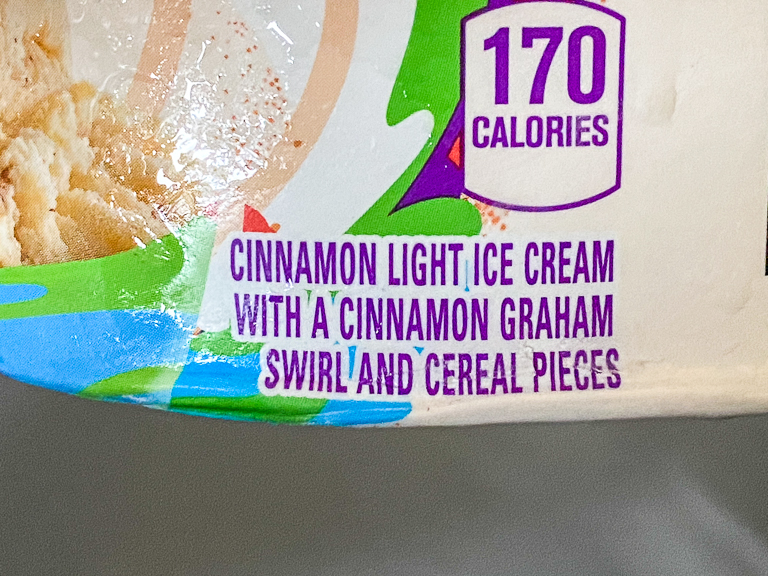 Assuming these are 2 cup serving of each, that's 340 calories versus 510 calories. 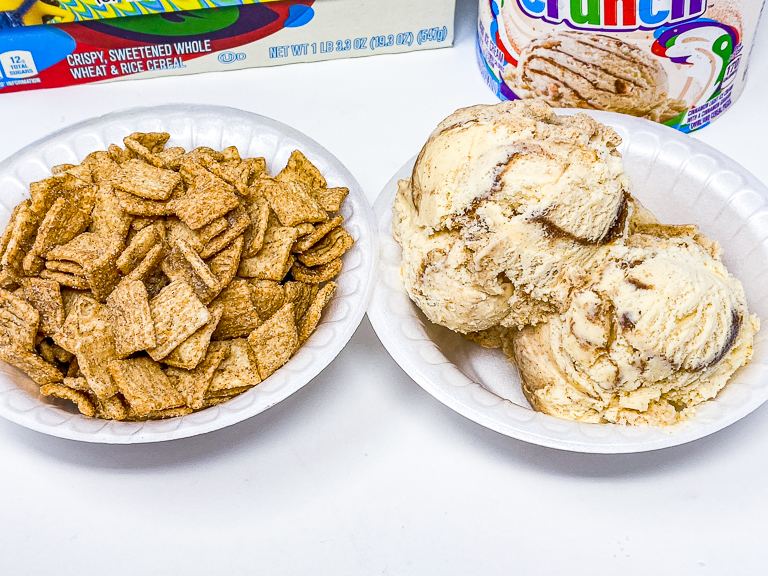 There's a big swirl of cinnamon going through this. I hope it's delicious. 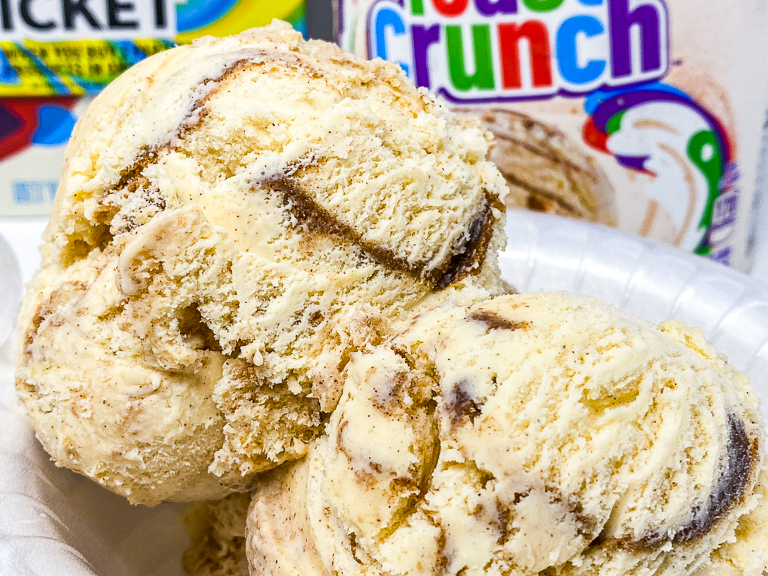 Can we eat now Daddy? 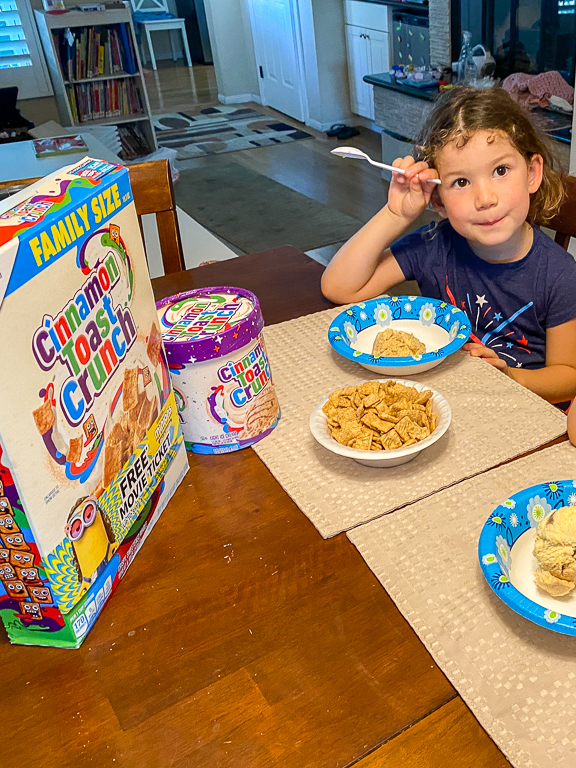 Ice cream first. And speaking of, I need to get that ice cream back into the freezer! 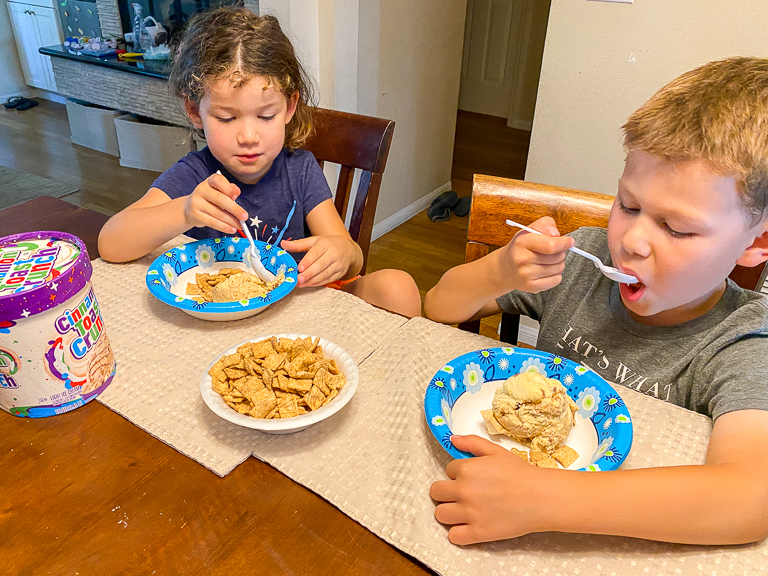 The bowls are big enough for a few pieces of cereal too. 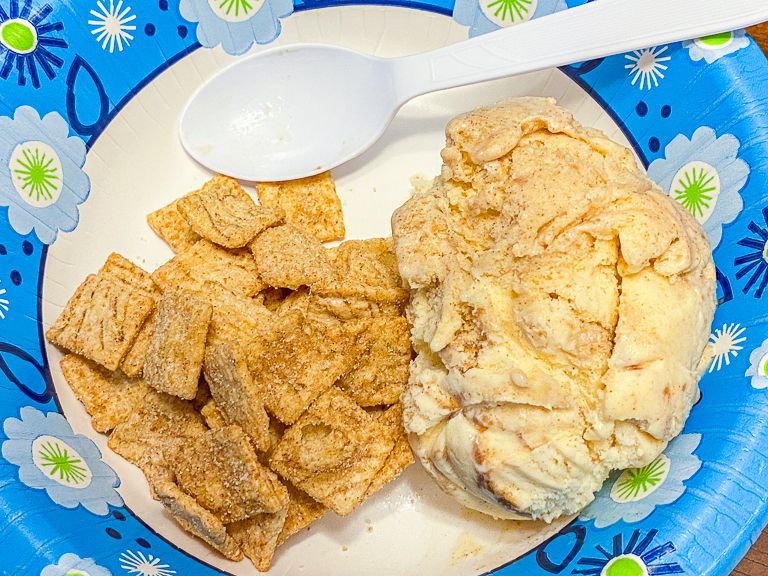 I was right on both of my suppositions. The cinnamon swirls are delicious! I love the cinnamon flavor it gives to the ice cream. The cereal pieces are there and they're a bit soggy. They do still hold together, just like soggy cereal does in milk. I don't mind it as much in this ice cream as I did in the other Kit Kat ice cream. 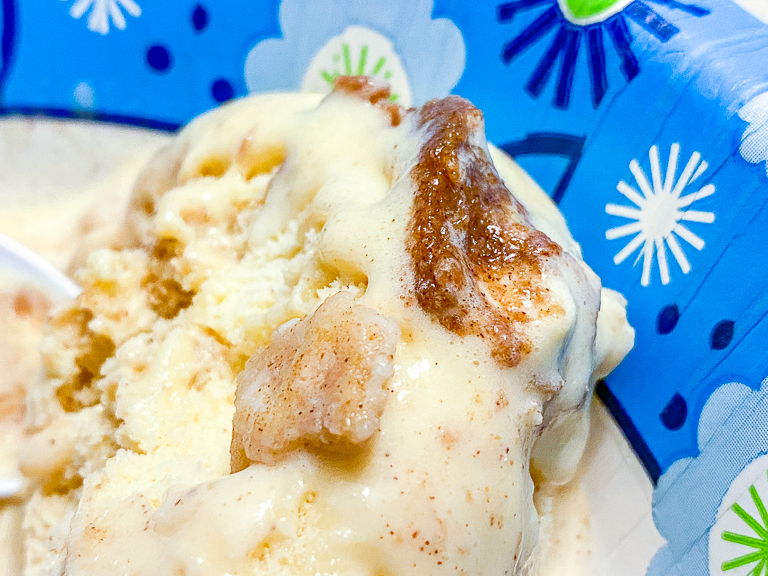 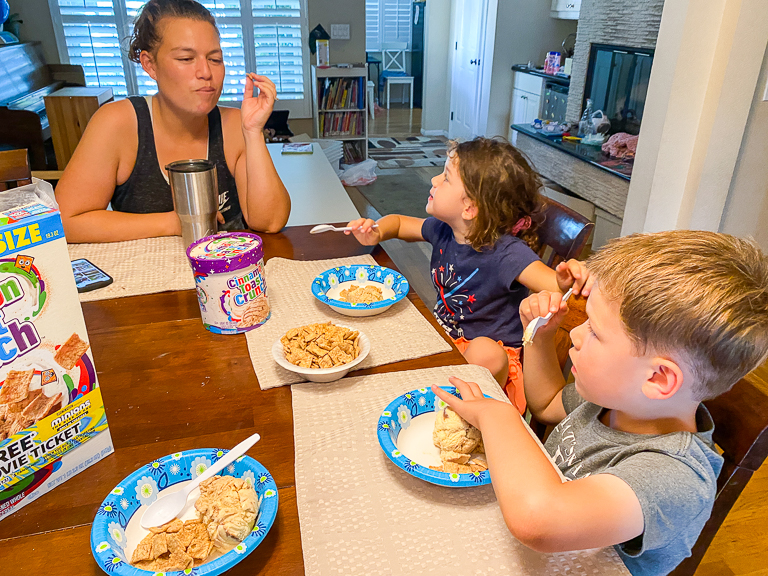 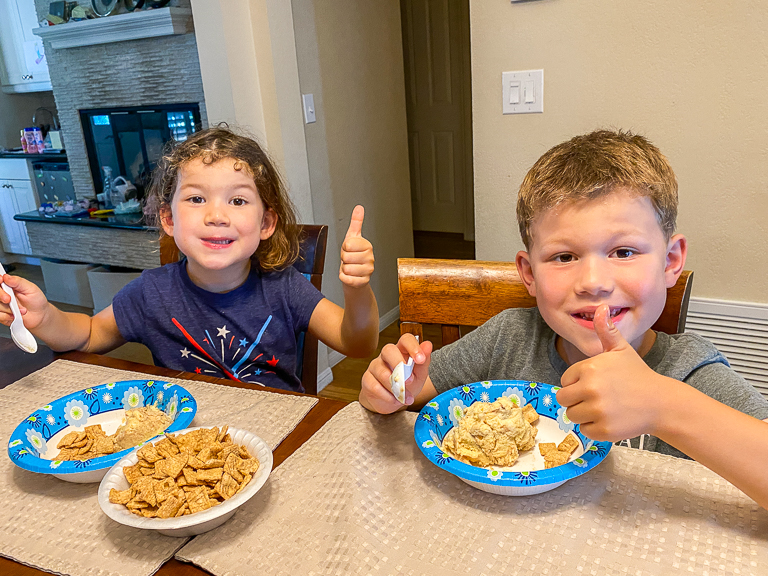 I agree Alli. It's tasty with the crunchy cereal pieces and the cinnamon ice cream. Just the thing we needed to cool off! 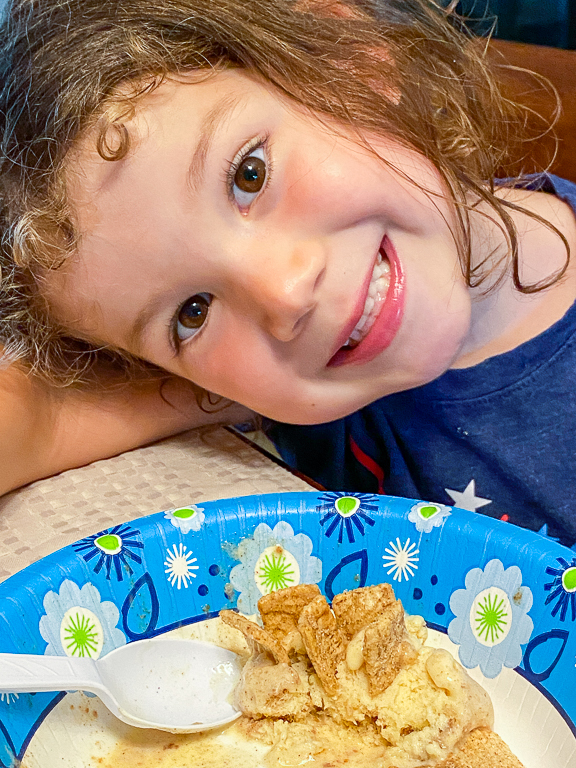