There's a lot of different kinds of Cinnamon Toast Crunch cereal. We've enjoyed these for the last few weeks, tasting each one individually against what it represents.
For the Cinnamon Toast Crunch, I baked my on sandwich loaf bread and then toasted it with cinnamon and sugar. Delicious.
For French Toast Crunch, I baked a Brioche loaf and then made French Toast with it.
For the Chocolate Toast Crunch, I made a Chocolate bun recipe but turned it into a loaf of chocolate bread, then toasted it. Afterwards they were dusted with cinnamon sugar.
Finally for the Churros cereal, I made mini churros and deep fried them, coating them with cinnamon and sugar when they were finished. 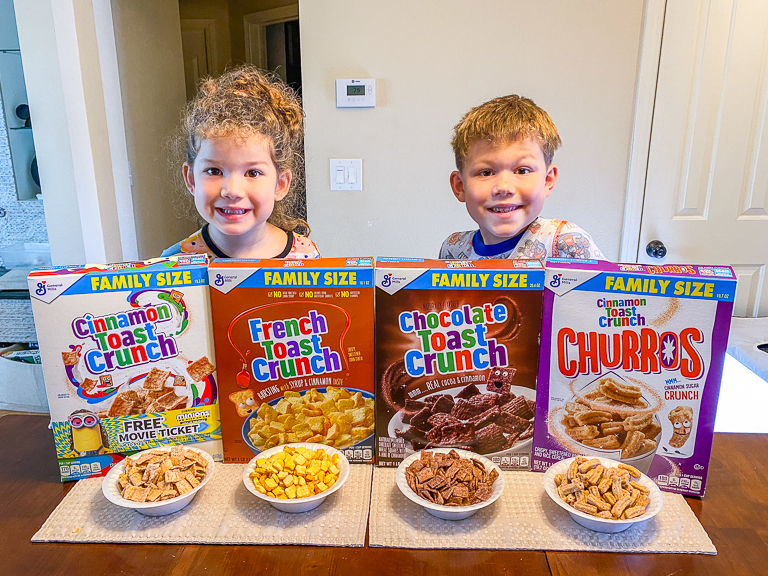 After trying them all separate, it's time to try all of them at the same time and pick a favorite!

You might remember Chef Wendell the Cinnamon Toast Crunch baker from the early commercials. Back in 2009, Wendell was replaced! Now there are what are known as the Crazy Squares. And they have names!
I've seen a few different names for these guys, but I'm pretty sure this is Slurp. Others are Grunter and Chomper. 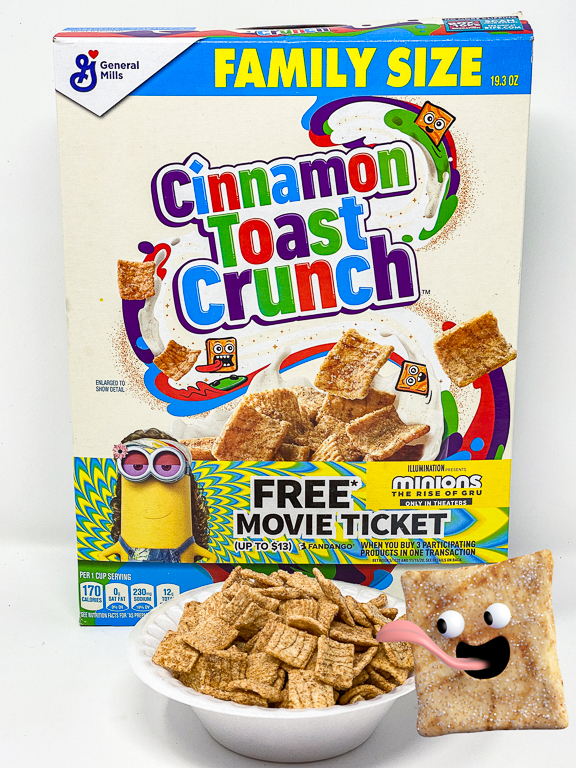 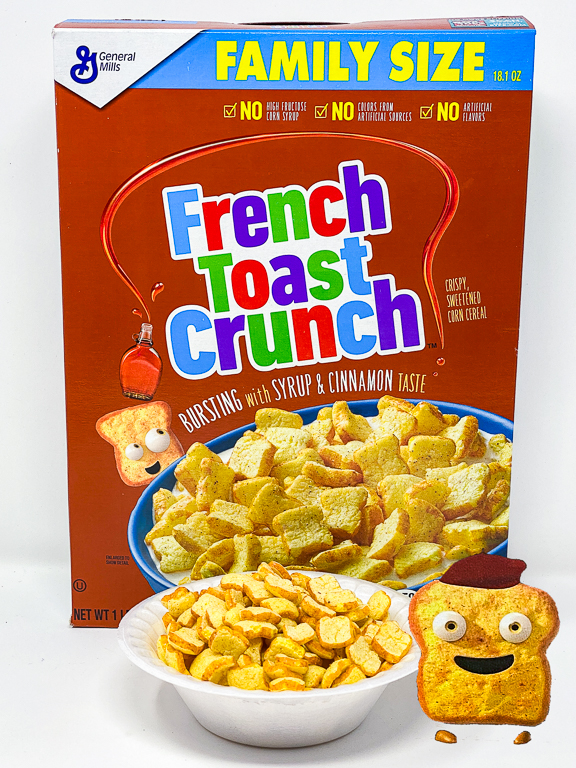 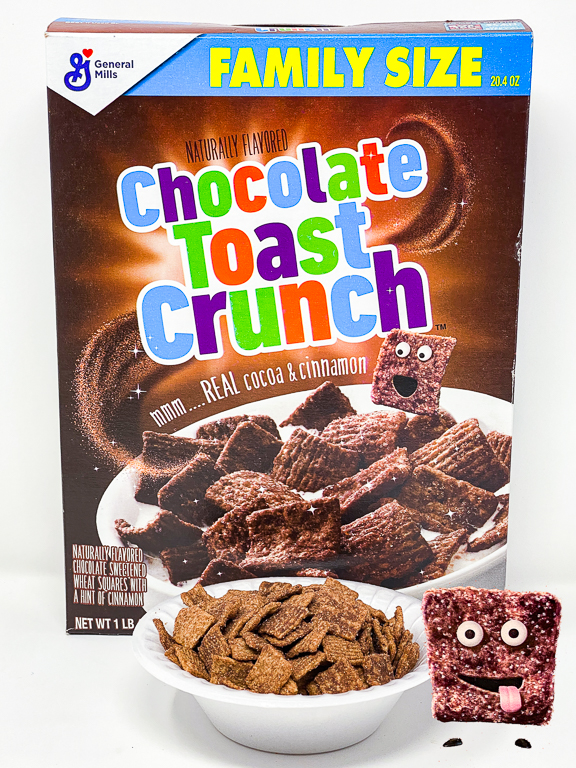 And for Cinnamon Toast Crunch Churros, it's Charlie! 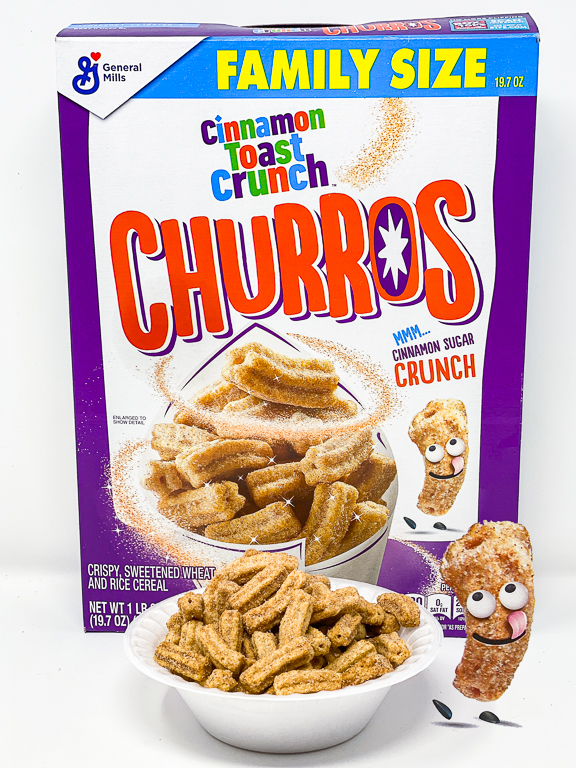 I don't know who that guy on the far right is.


Now we're ready to try them all! 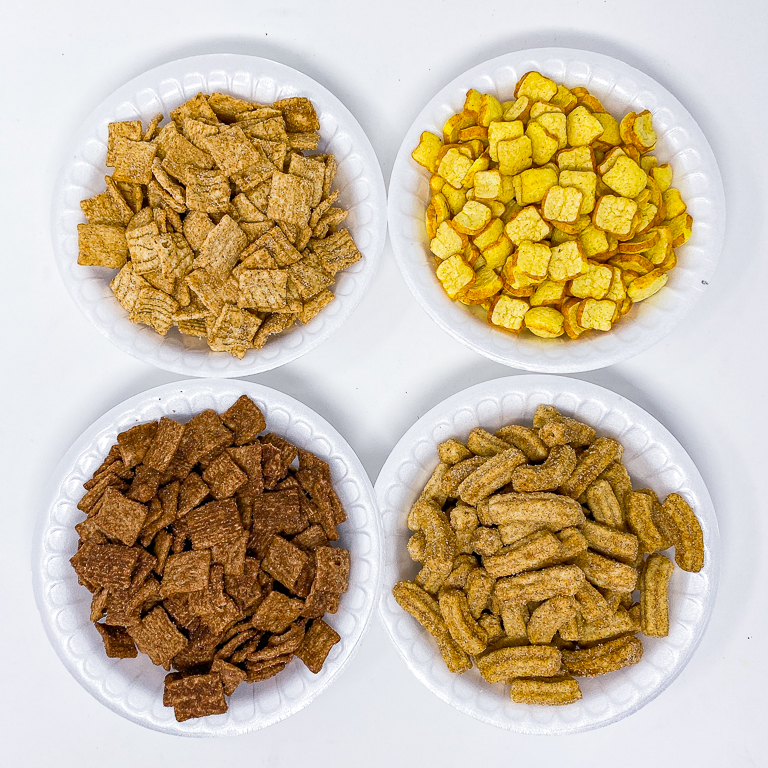 I was busy taking photos and I caught the kids like this when I returned. Playing with the games and puzzles on the back of the box. 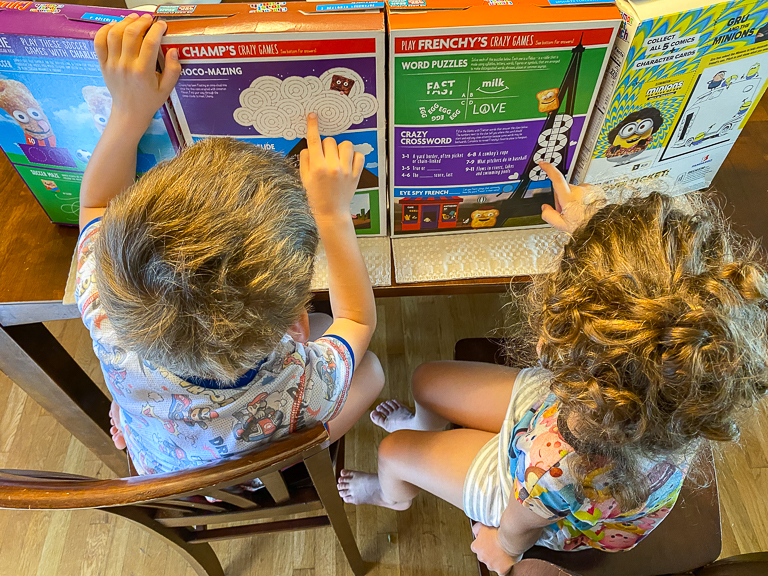 Alli - After we're done with this can I find the 7 differences in the pictures? 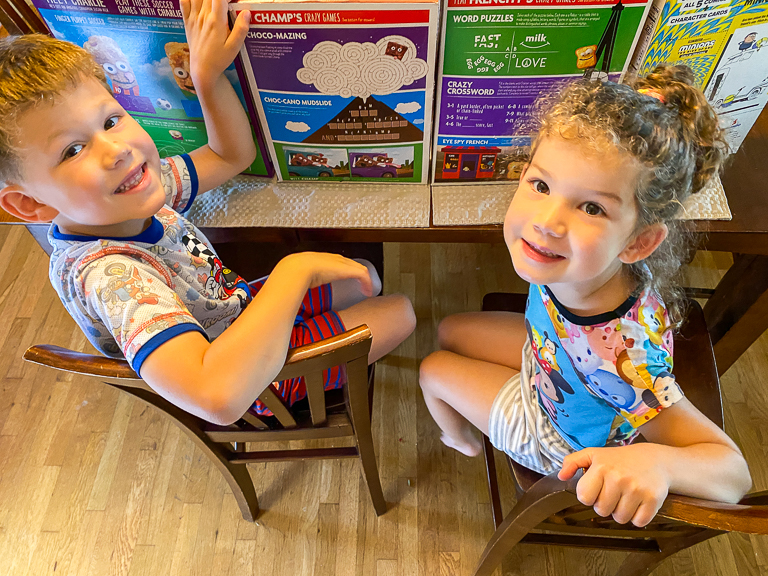 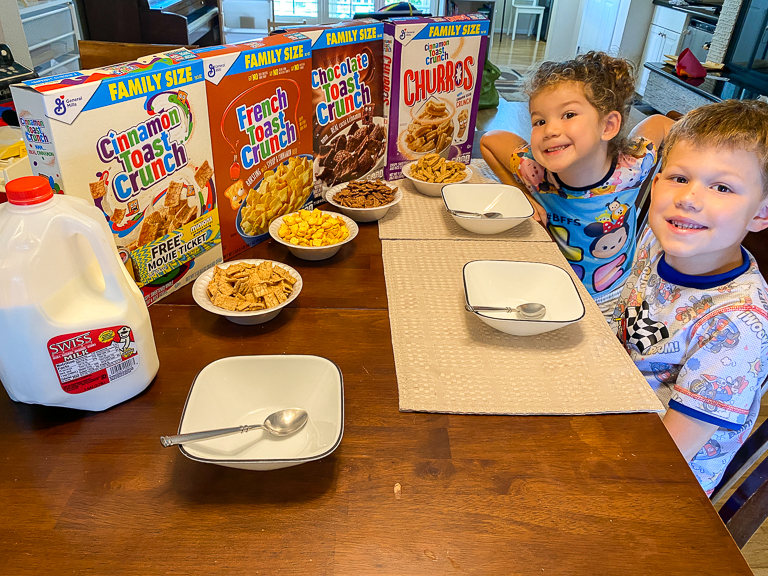 I love the shapes of the French Toast Crunch and Churros. I love how it looks like a mini version of the real thing. 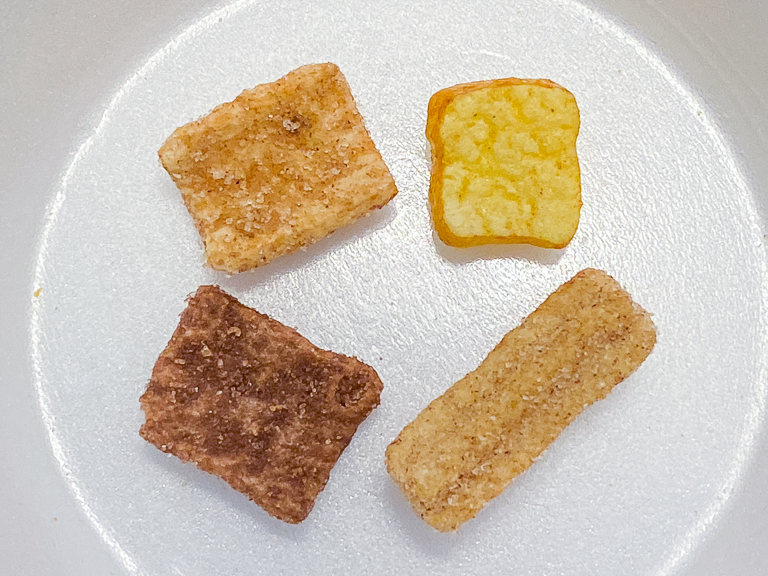 And after trying them all individually, why not pour all of them into the same bowl and eat them in one bite! 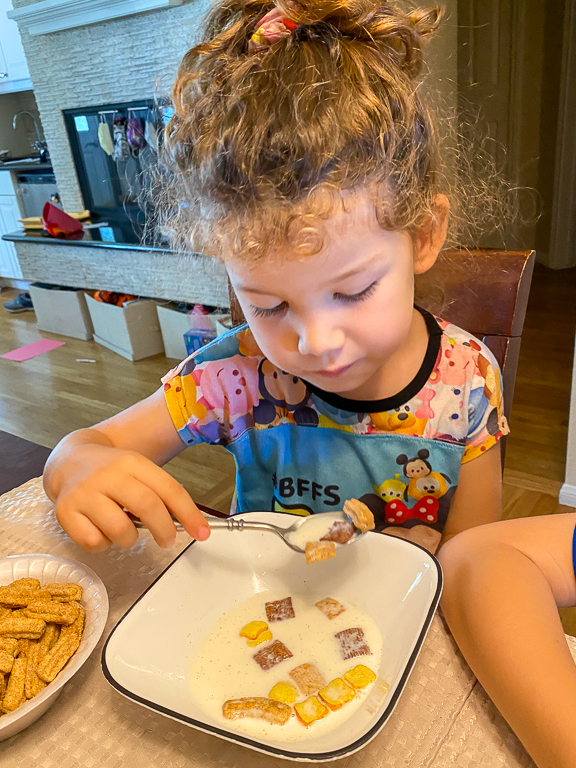 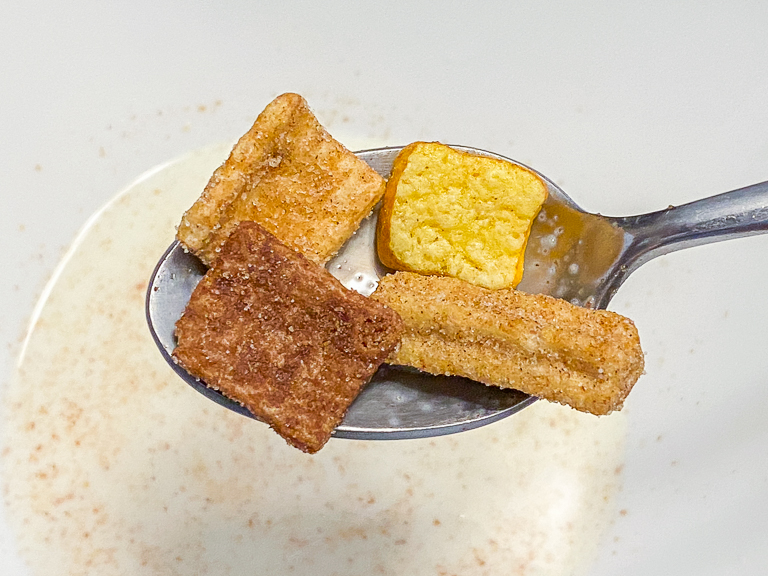 And don't forget about what's left after you're done. 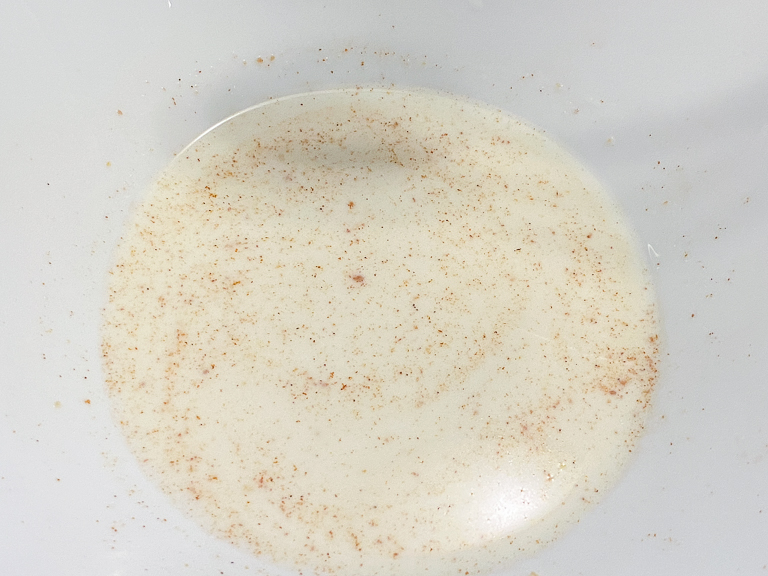 The kids certainly didn't. That milk is flavored like cinnamon and sugar too. 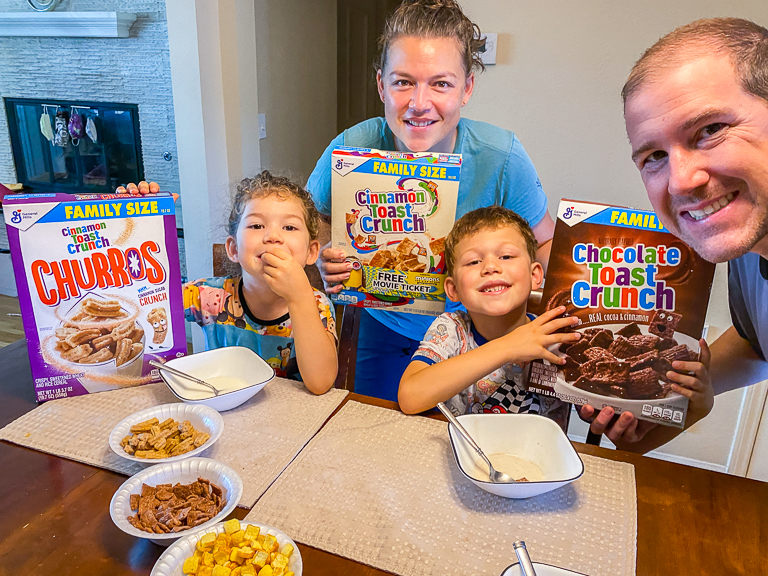