But today, in honor of the cereals 50th birthday, we're trying all the cereal flavors that are regularly available. 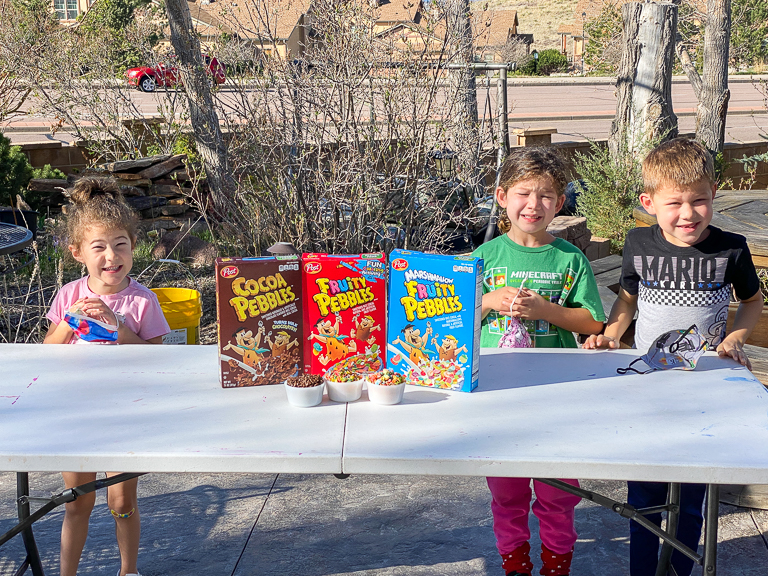 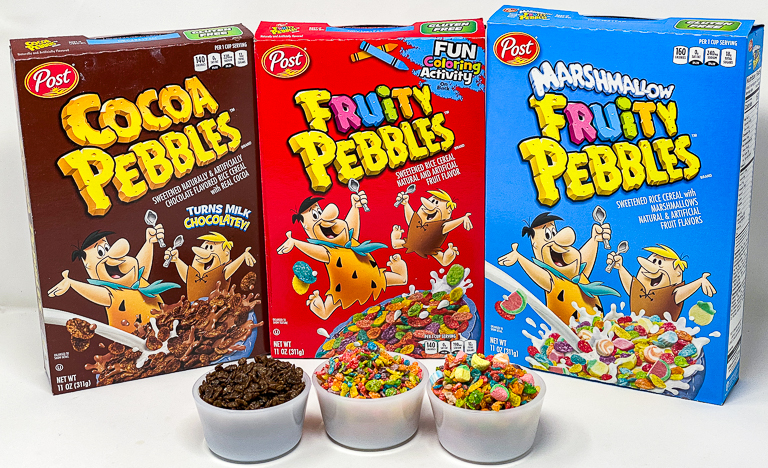 Originally released in October 20th, 1971, the Flintstones have been the characters since Day 1. With a name like Pebbles, that makes sense to me. 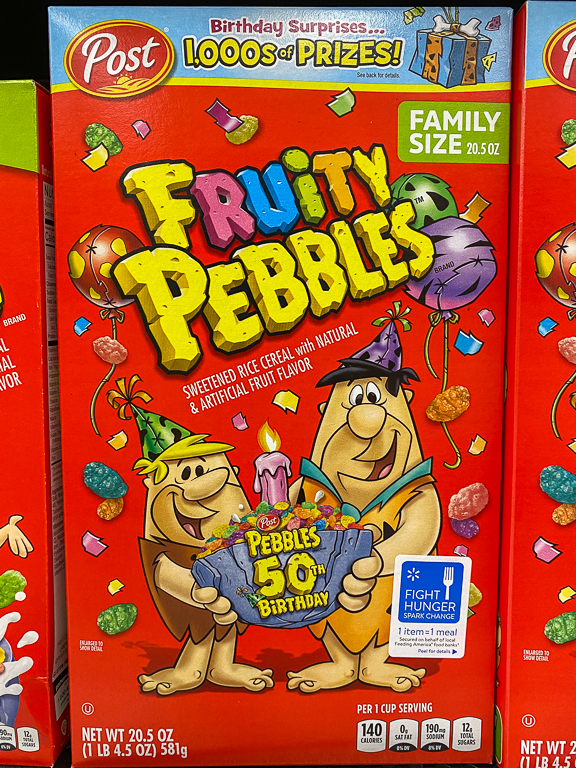 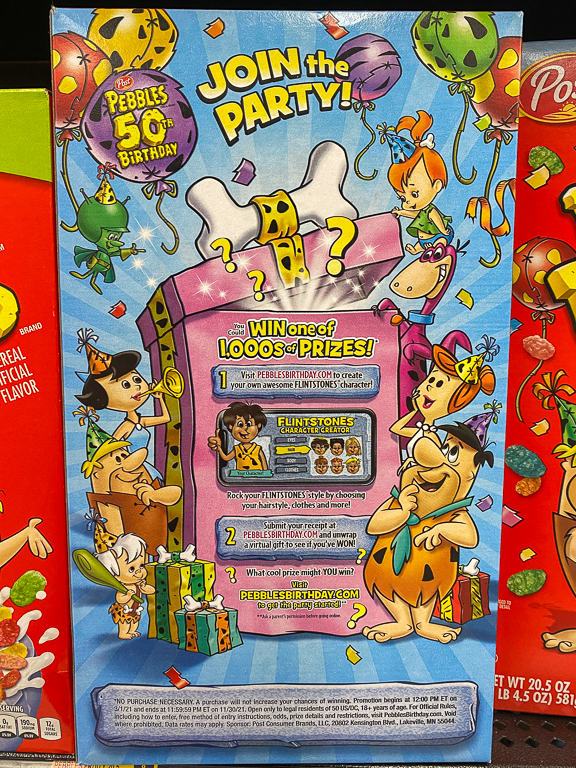 Following through on the website, there's actually 3000 prizes available. There's 2150 coupons for a free box of cereal, 500 Funko Pop characters of either Fred or Barney, and 350 Prize Packs that include a candle, puzzle, fanny pack, speaker, water bottle, confetti popper, and Pebbles Crisps.

Alright, enough of all that. Let's get to the fun part. Eating them!
First up are the Cocoa Pebbles. 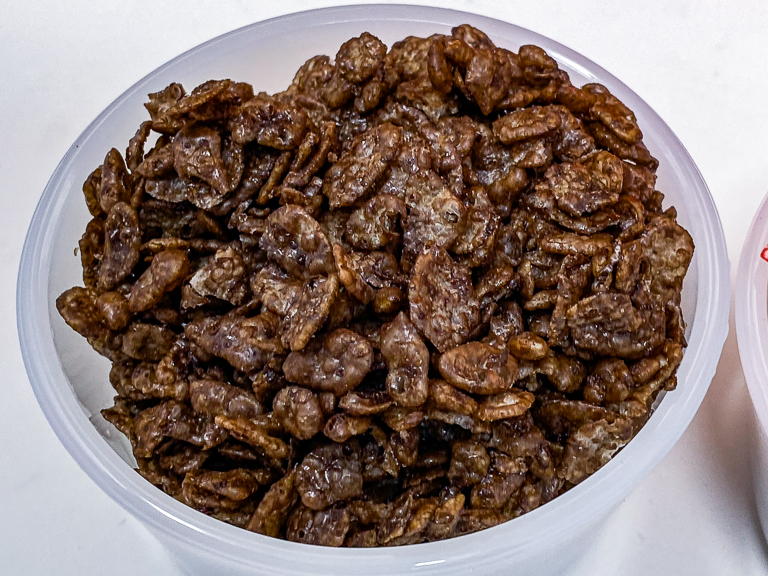 They're chocolaty and delicious. I think these are tasty all the time. They are a good ice cream topper too. 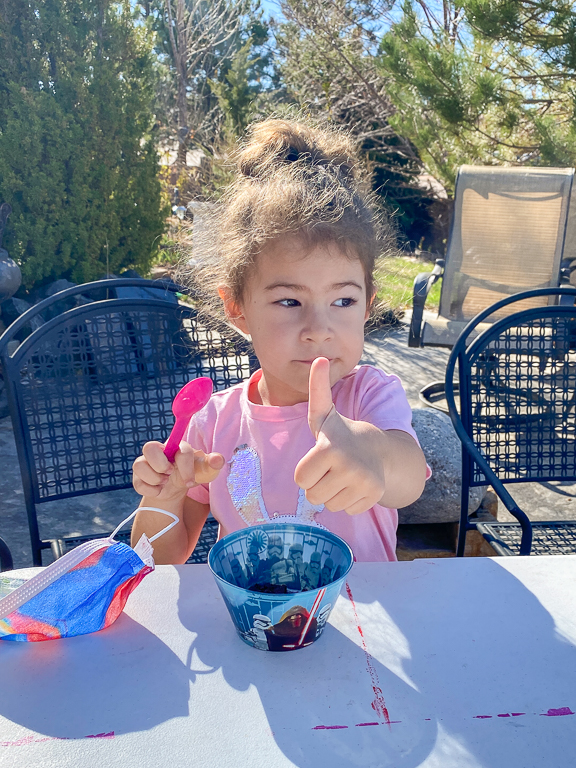 Our next tasty item are Fruity Pebbles. These are brightly colored rice grains with a strong fruity flavor. 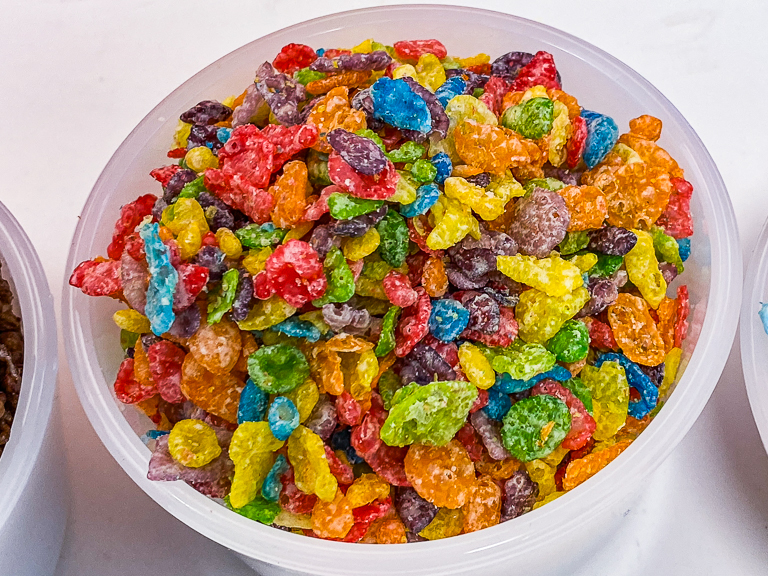 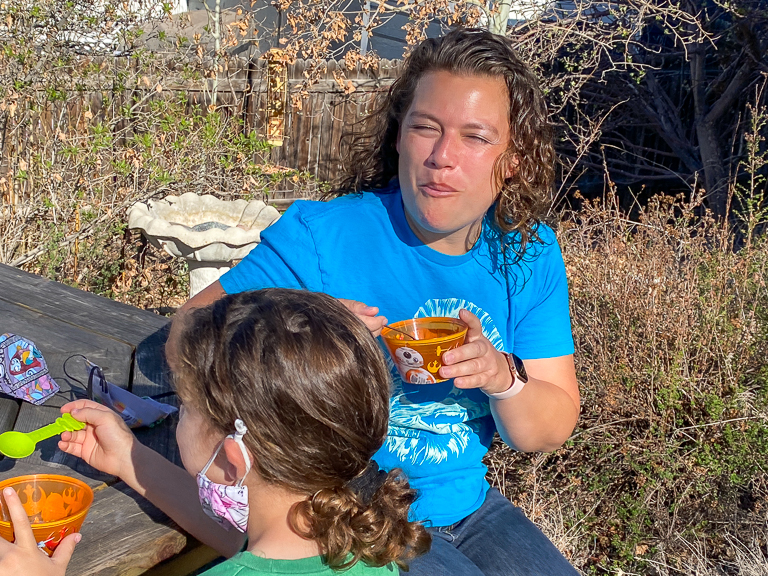 I opened the bag and was pleasantly surprised to see a whole bunch of marshmallows! This is a lot different than that Peeps cereal that had hardly any marshmallows. 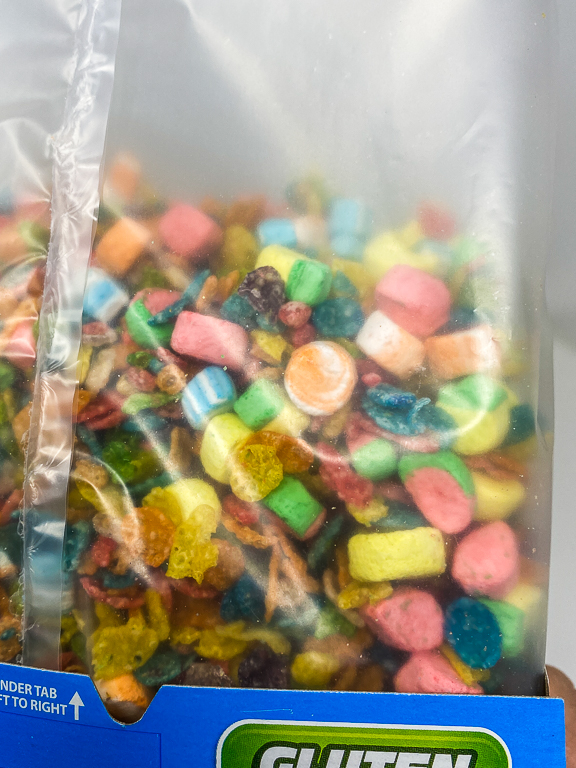 And the marshmallows are all fun shapes too! Pineapples, watermelons, bananas, oranges, and something pink and something blue. These have been available since 2015. 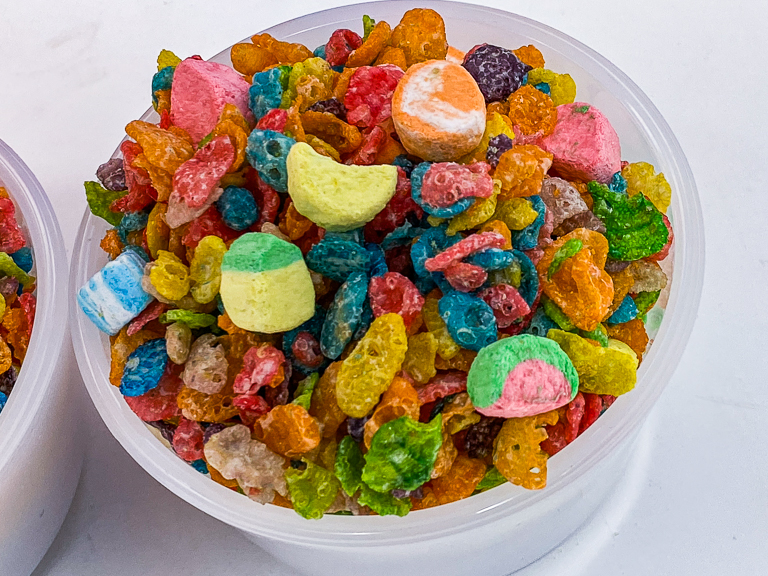 Ian is usually a lover of marshmallows. Especially in chocolatey cereal. 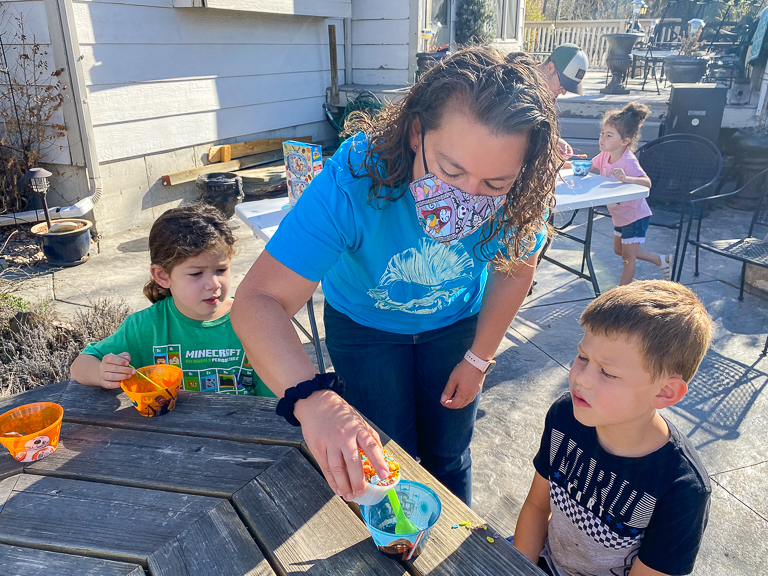 In this case though, he wasn't a fan.
I thought going in that these would be just the regular Fruity Pebbles with marshmallows added. It didn't quite seem like that to me or many others though. Something about this flavor is different, and it's not just the addition of the marshmallows. In the end, it was everyone's least favorite of the three.
Final votes are in and it's 4 votes for Fruity Pebbles and 2 votes for Cocoa Pebbles.
Happy 50th Birthday Pebbles! 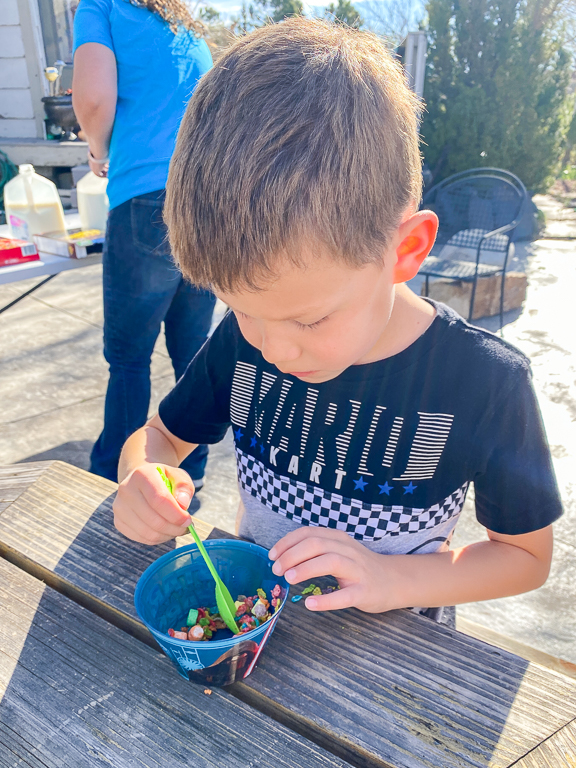