Easter is almost here and the kids were thrilled when they saw Peeps cereal back in the store. They loved it back in 2019 when we tried it for the very first time! 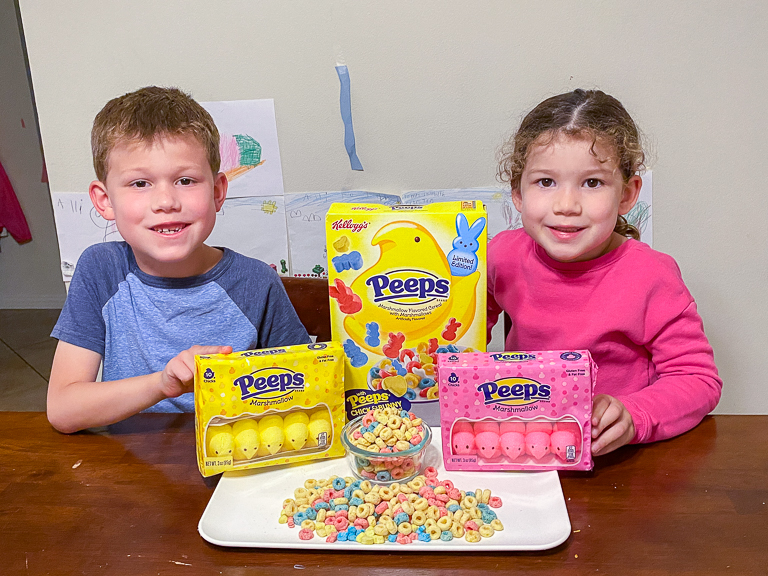 It looks like they've made a few changes in the 2021 edition too! Now instead of plain white marshmallows, these marshmallows are shaped like Peeps Bunnies and Chicks!
We'll of course have some regular Peeps to try along with them. 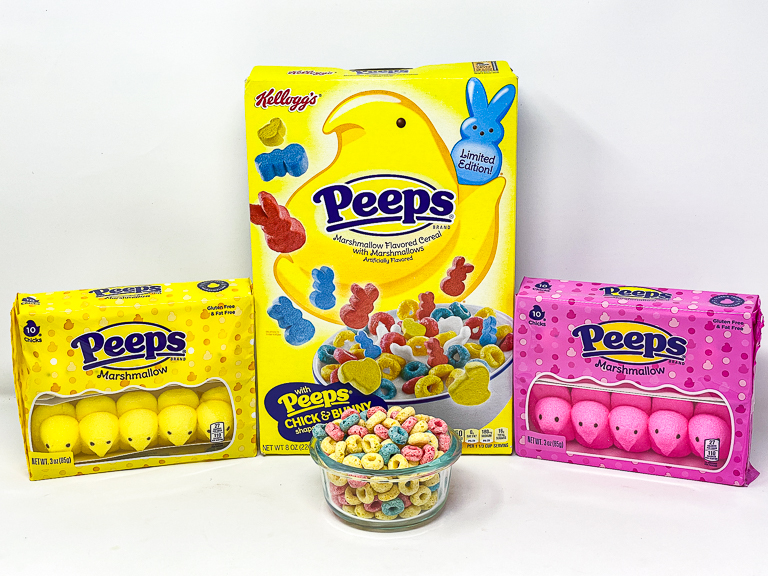 One of the things Ian totally remembers was the Peeps Land game on the back. He loved playing it back then and he really was hoping the new version would have it. As far as I could see, it was the same as the game from the 2019 box. 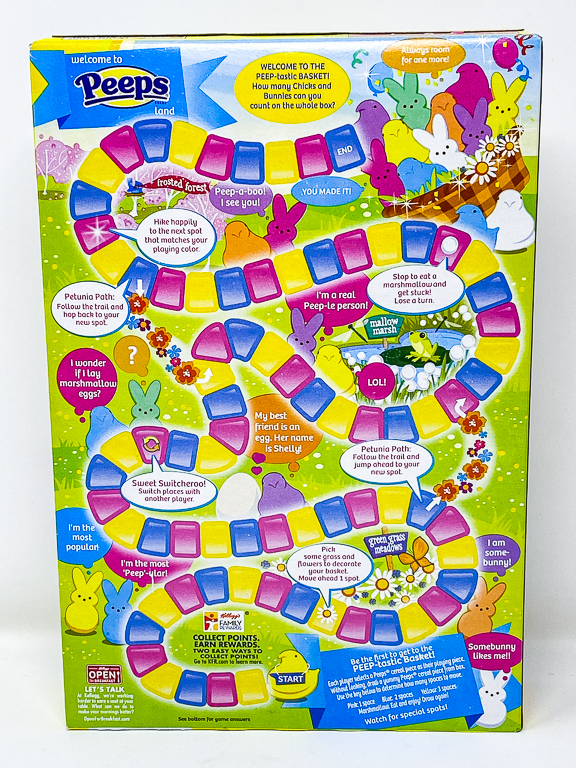 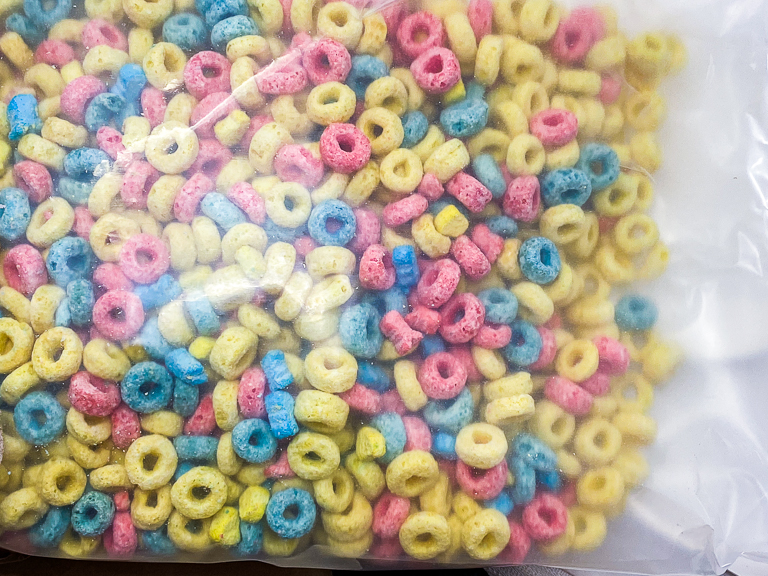 Checking the bowl... seriously? Where are the marshmallows? 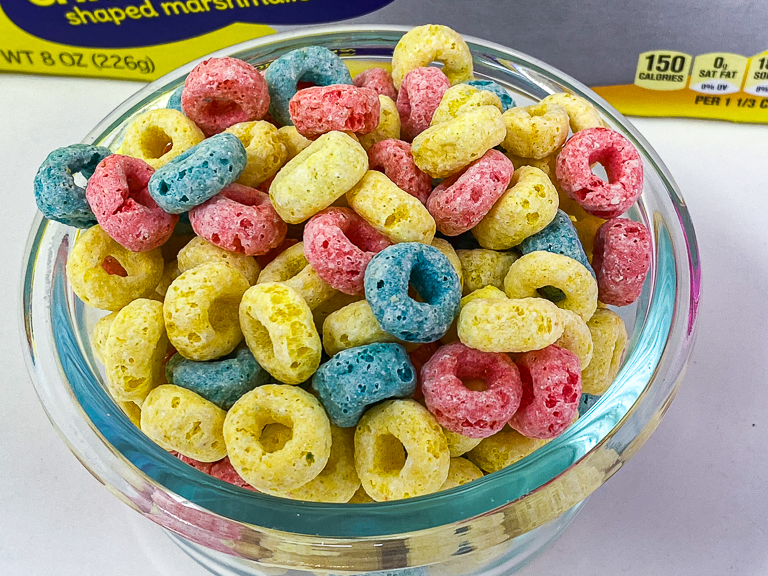 My thoughts went to the scene from Jurassic Park. You do plan to have marshmallows on your marshmallow cereal, right? Peeps? Are you listening?

I emptied the bowl to see what we're dealing with. 12 marshmallows. Pathetic. 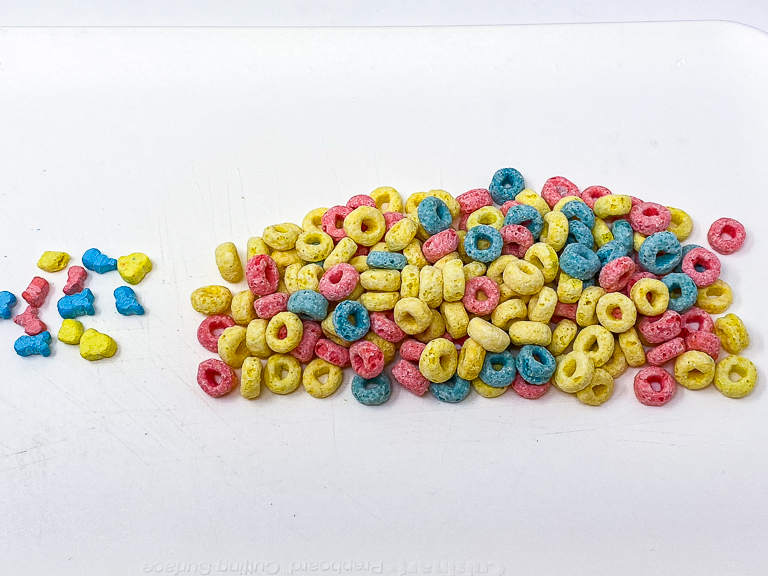 Was it a fluke?
I poured another bowl and found there were 15 teeny tiny marshmallows in it. 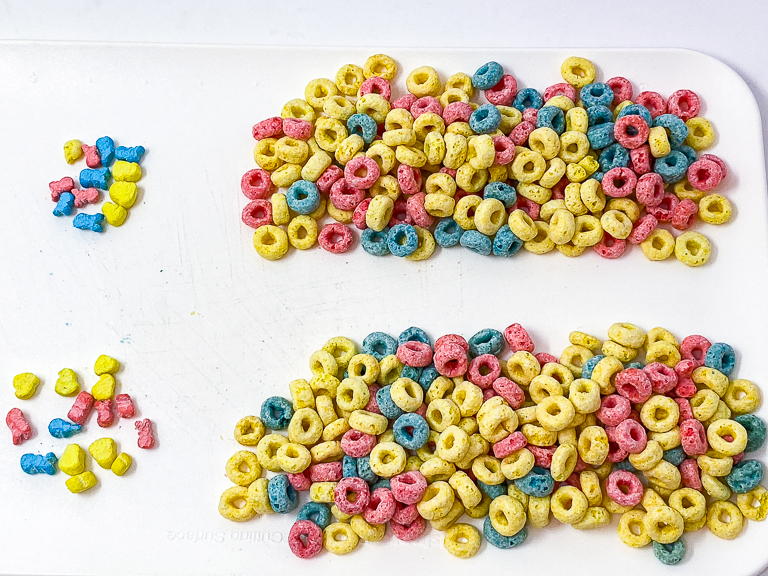 I wanted to compare it to another marshmallow cereal. I'm all out of regular Lucky Charms, so these Lucky Charms Frosted Flakes will have to do. I poured approximately the same amount in the same bowl then separated out the marshmallows. 27 marshmallows and they're at least double the size.
Can you tell I'm a little disappointed with the number of marshmallows in the Peeps Cereal? 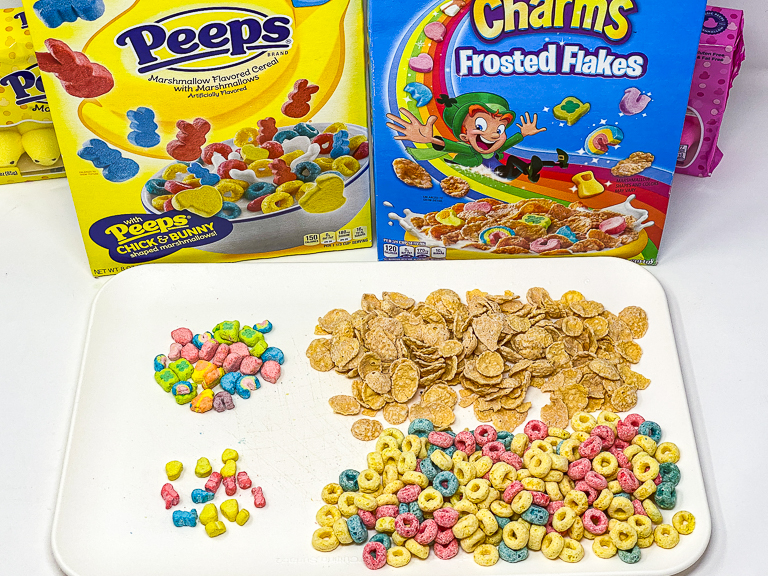 Let's take a closer look. They are shaped okay. I tried to pick the best examples. Many bunnies were missing ears, and many chicks looked like blobs. 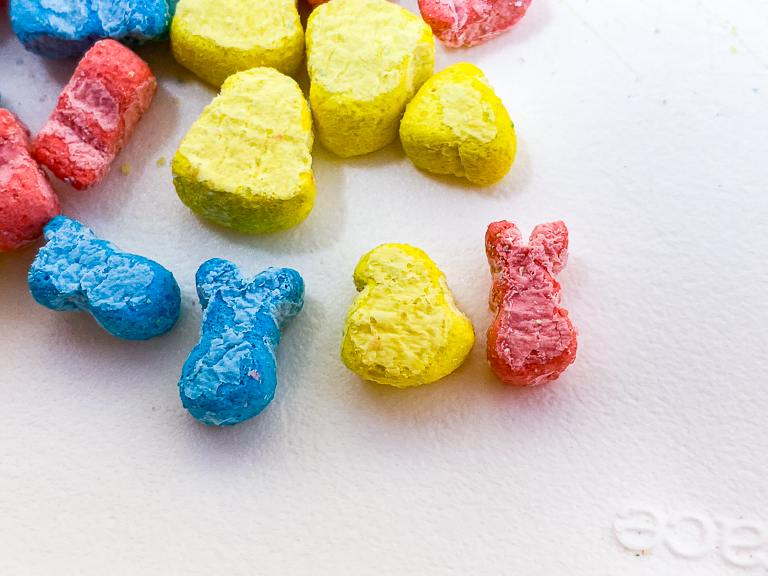 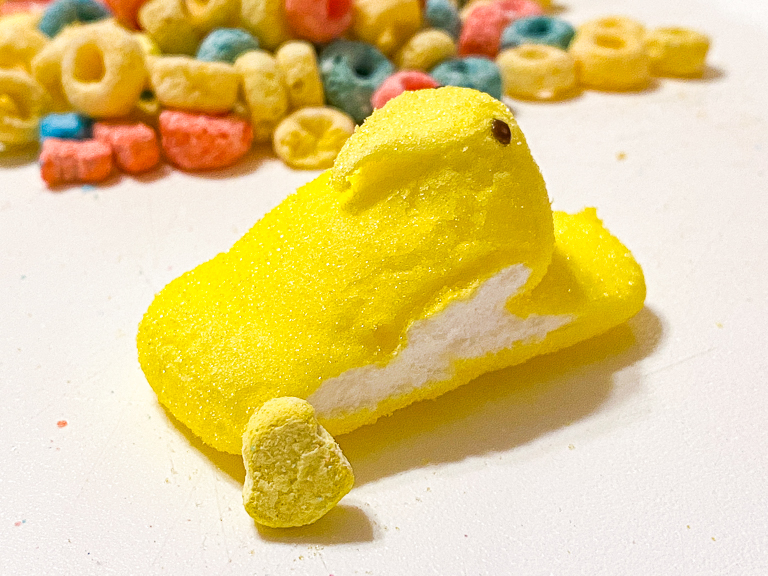 Ian figured out a better way to get more marshmallows into his cereal. 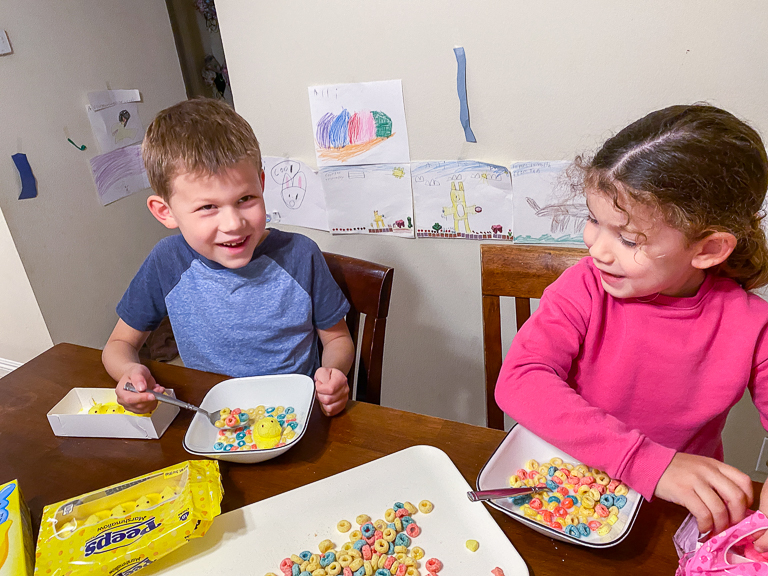 Now it's time to play the game on the back. 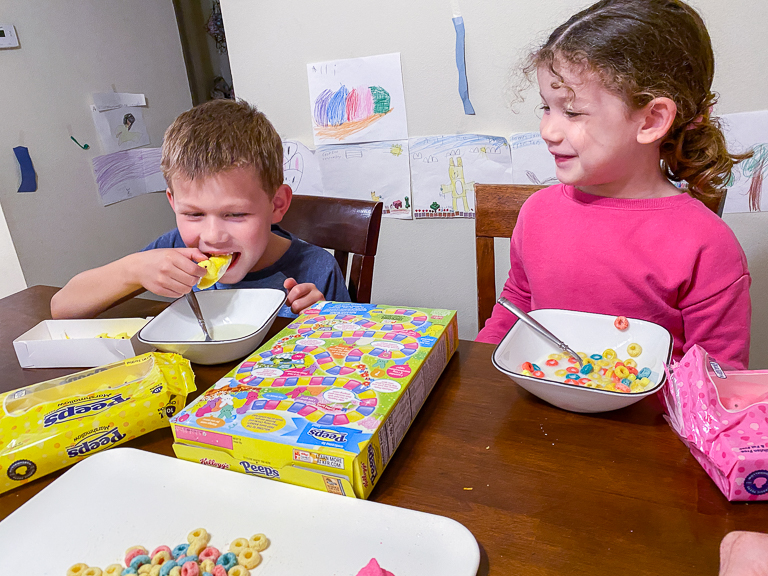 You pick a game piece to start. Close your eyes and grab a piece of cereal. The color you choose determines how many spaces you'll move. 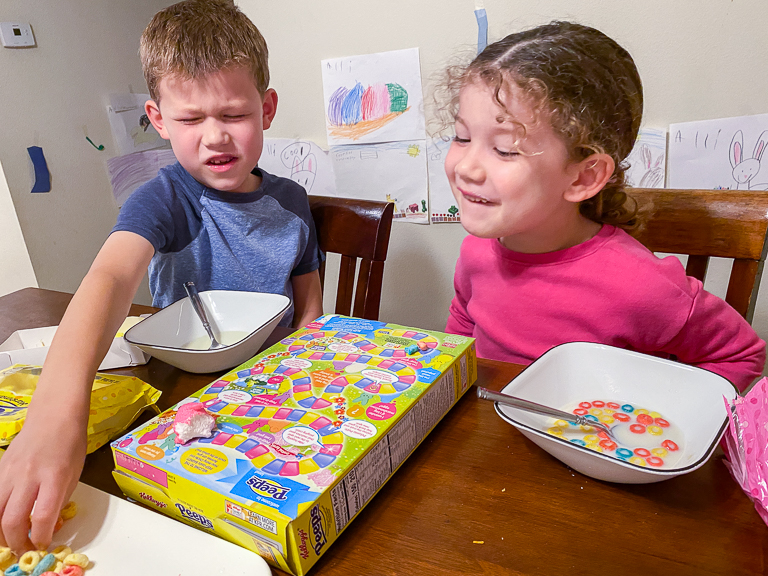 If you happen to grab a marshmallow, you get to eat it and try again. 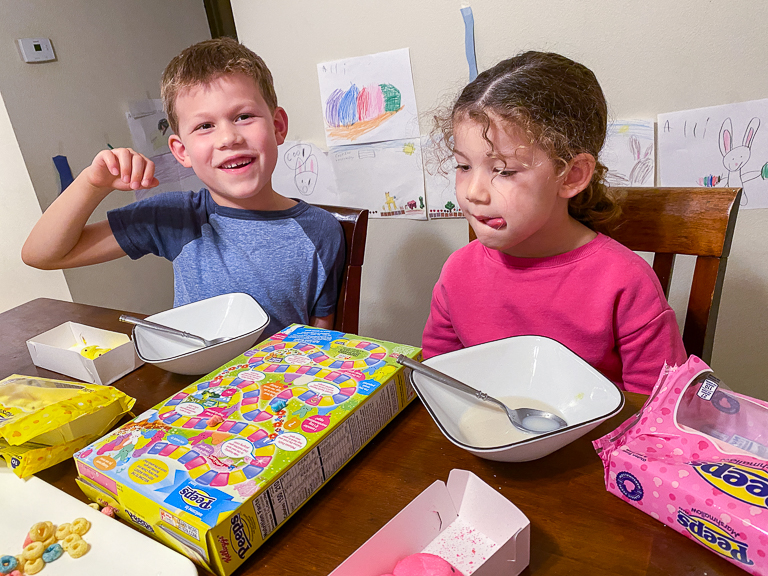 I was playing against Ian and there was a point where if I chose a yellow piece of cereal, it would send me backwards down Petunia Path. I'd be well behind him with no chance of catching up. I closed my eyes, grabbed a piece, and I could tell by the kids' reaction that Petunia Path was in my future. 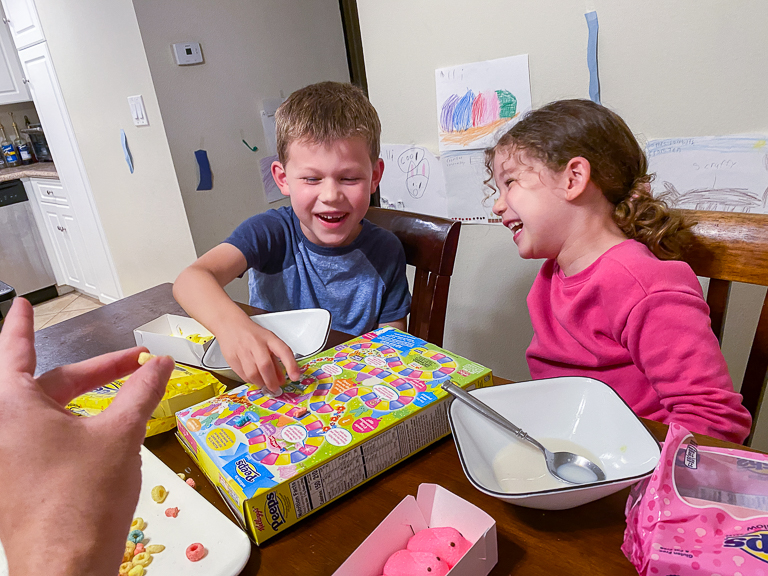 He won!
The cereal itself is just okay. I get it because the kids like it. 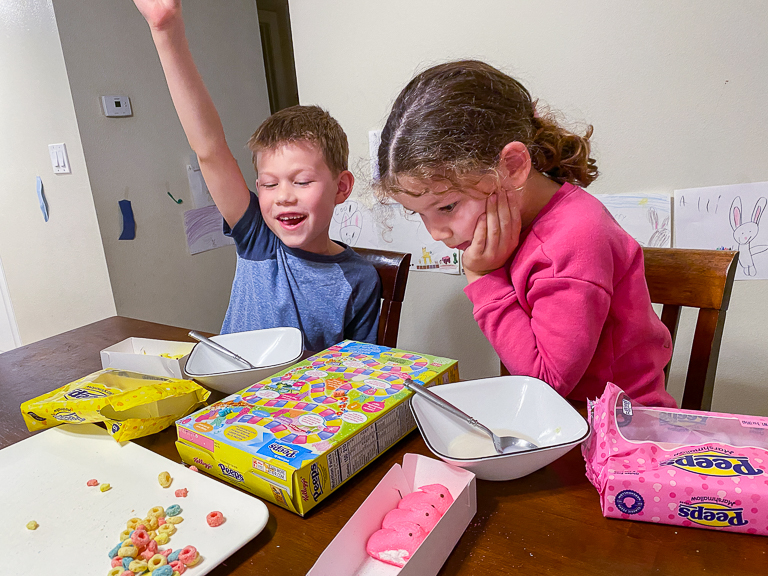 The next morning, before breakfast, check out what Ian decided to create! I love it!
Great job following the pattern of the path, writing instructions, and even special events. Petunia Path is still there, so I'm sure I'll be hitting that. 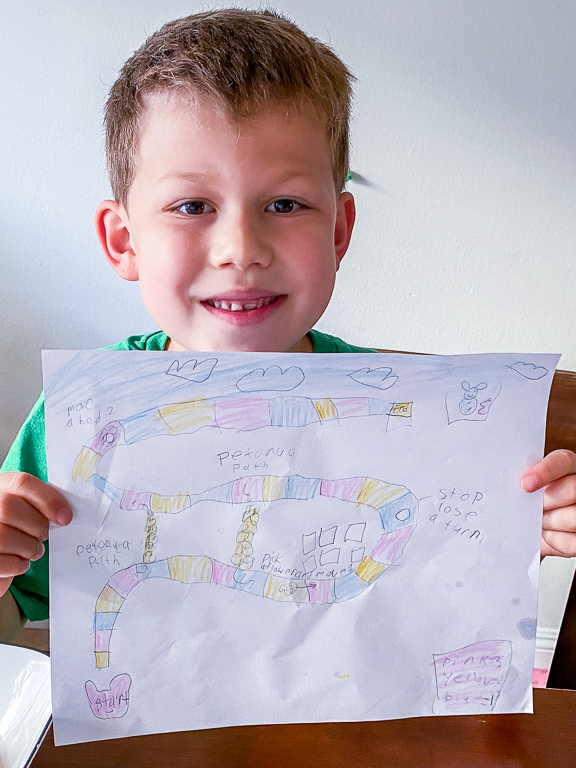 Ian - Will you play with me Daddy?
Absolutely buddy! I love your creativity! 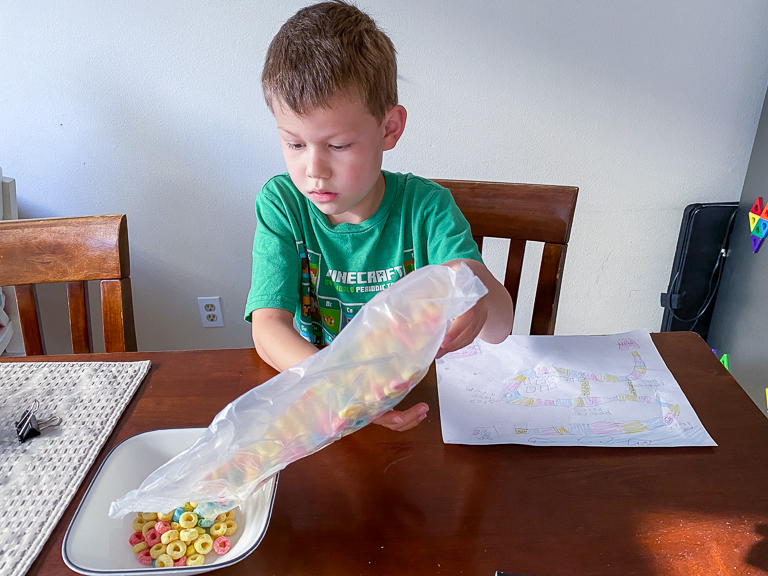