Today is National Coffee Cake Day! Coffee is a little bitter, depending on how you take it, so it's always nice to pair it along with something sweet. Theresa has a great recipe from her sister that everyone seems to love, so her and the kids are going to make that for us today! 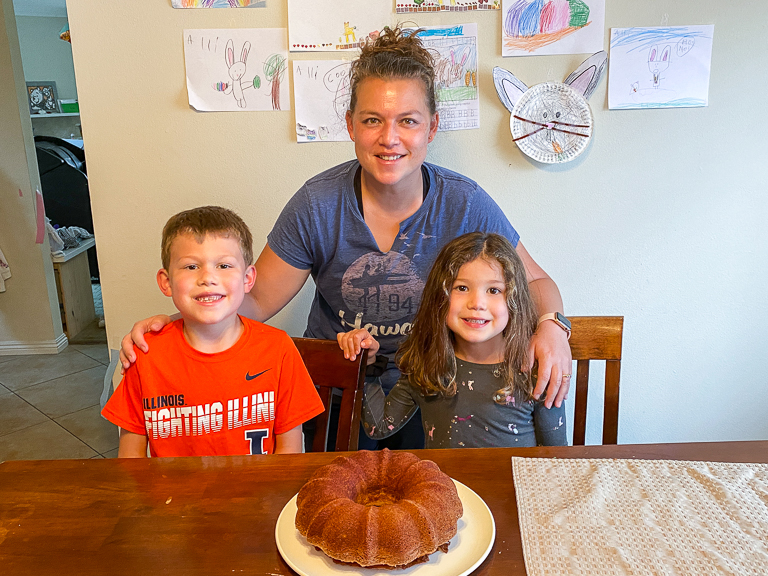 I'm not sure where the original came from, but I have a photo of a cookbook page for Jewish Coffee Cake. Theresa is combining 1 box of yellow cake mix, 1 small box of vanilla pudding, 3 eggs, 1 cup water, 2/3 cups oil, 1 tsp vanilla, all together in a bowl. She's stirring by hand so it doesn't get too tough. 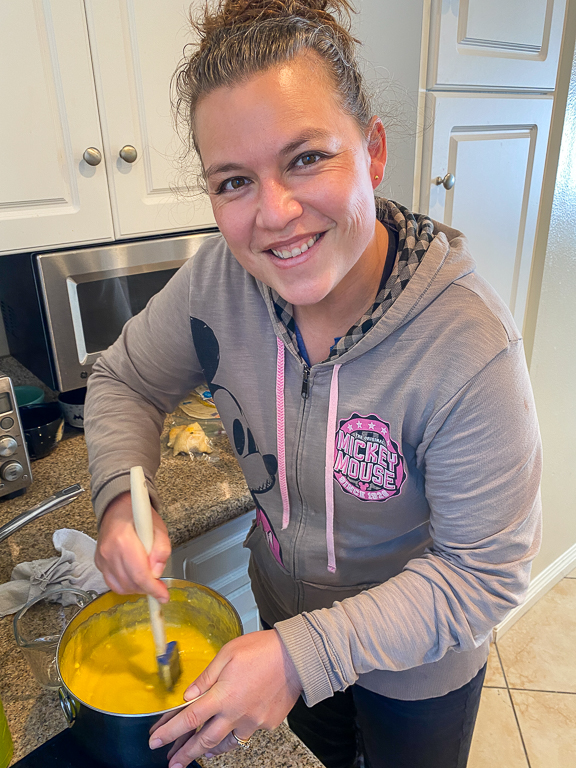 I asked the kids if they could help and they were all too happy to help. Alli volunteered to grease the bundt pan. She's got the whole process down. 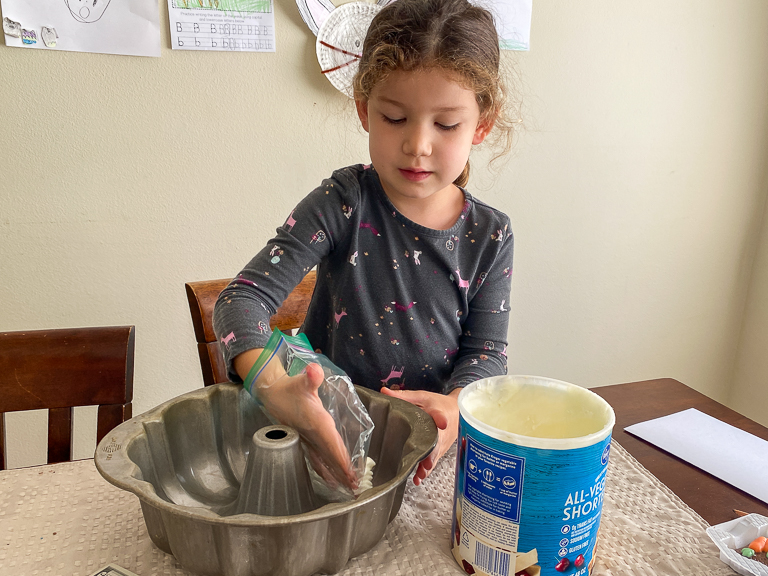 Ian is making some cinnamon sugar by mixing 1/2 cup of sugar and 1 Tbsp of cinnamon. 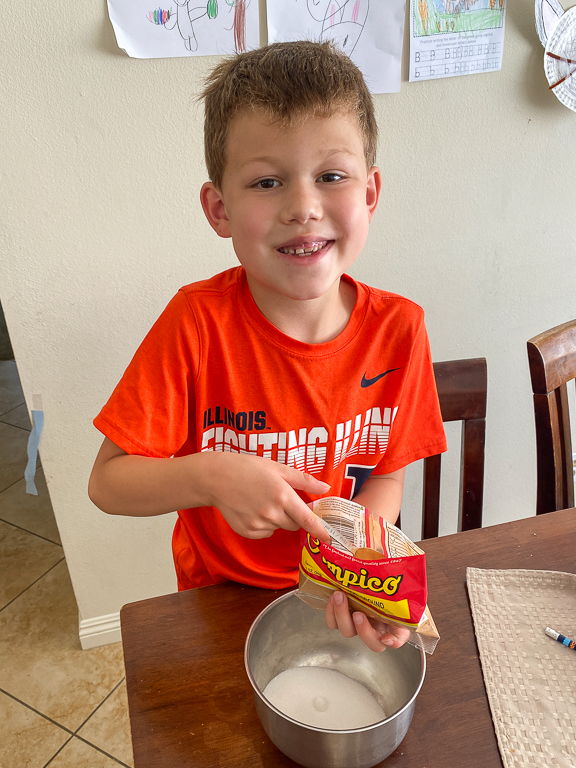 He asked if he could do more, and yes! Absolutely! Next he dusted the inside of the bundt pan so this cake won't stick. 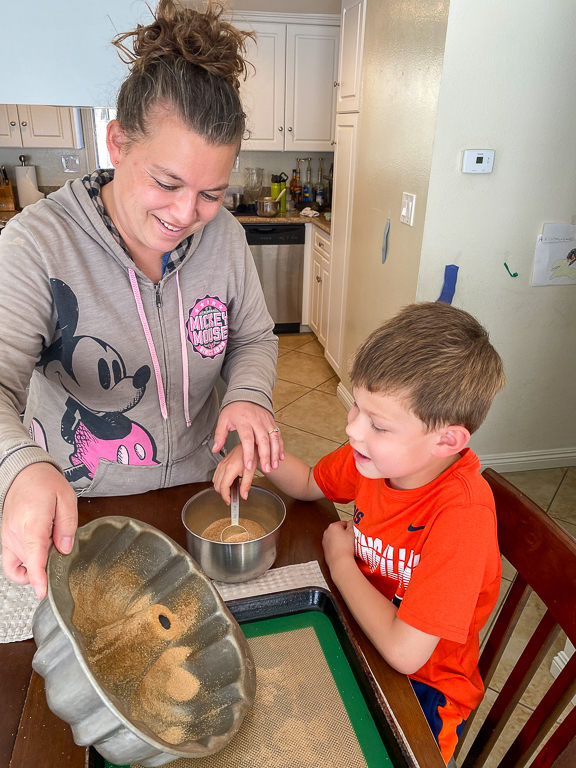 A lot of the remainder is stirred into the cake batter, saving just a little to dust the bottom of the cake. 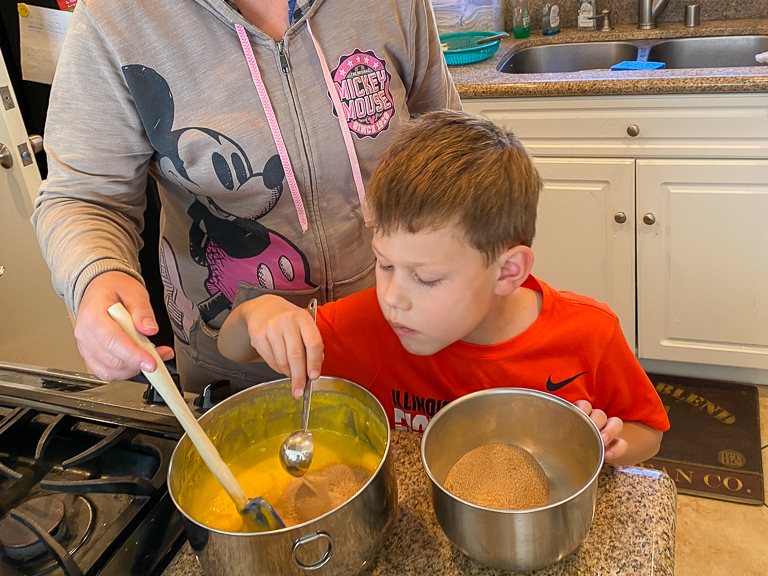 And speaking of dusting the bottom of the cake, that's the next step Ian helped with. 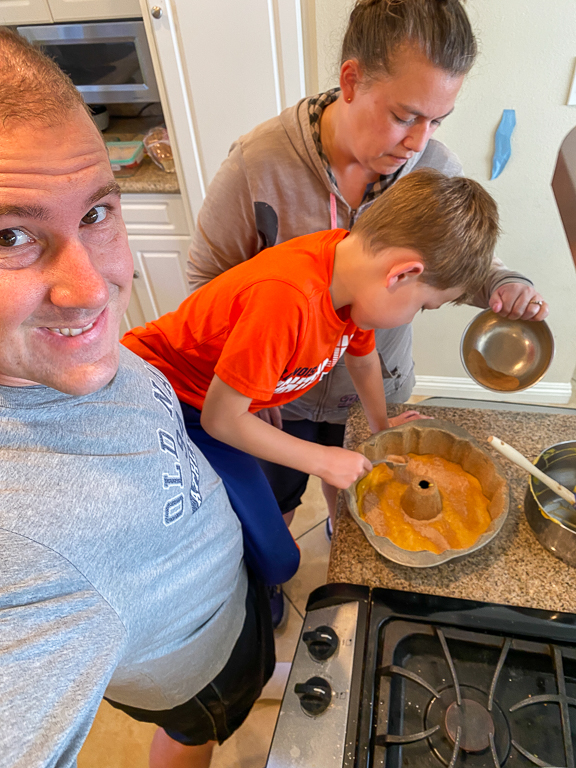 We're not sure how much is too much. Should it be a dusting, or a thicker coating? 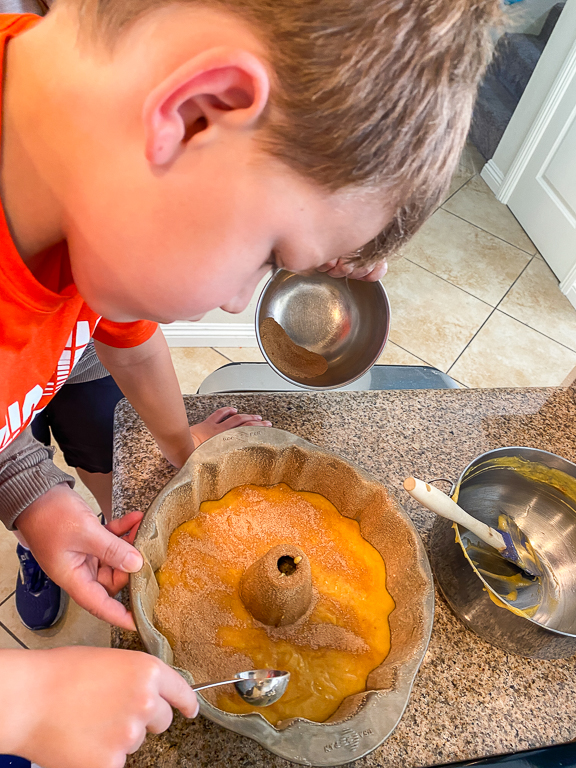 Into the 350F oven for 45 minutes or so. The house smells wonderful! 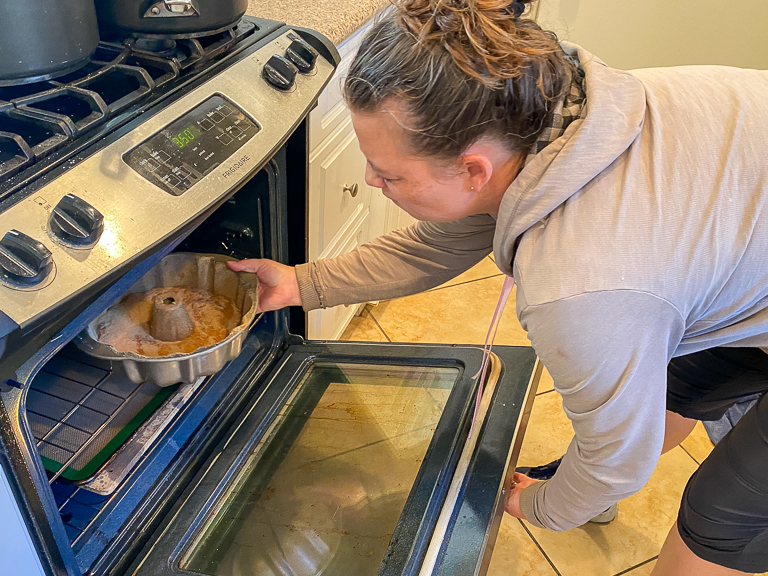 Ian, do you want to taste the cinnamon sugar? 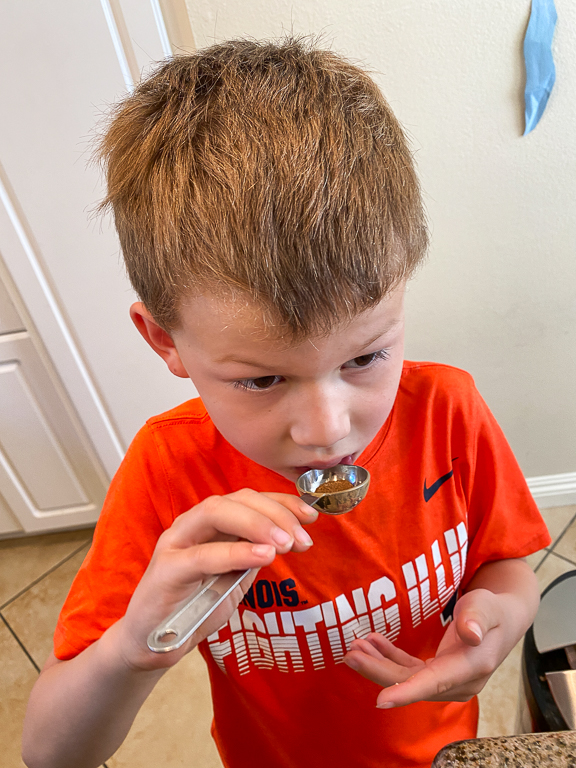 Well he doesn't like it.
Surely he's overreacting. I tried it... and I agree. It's got a strong cinnamon flavor. It's better on top of something than it is to eat straight. 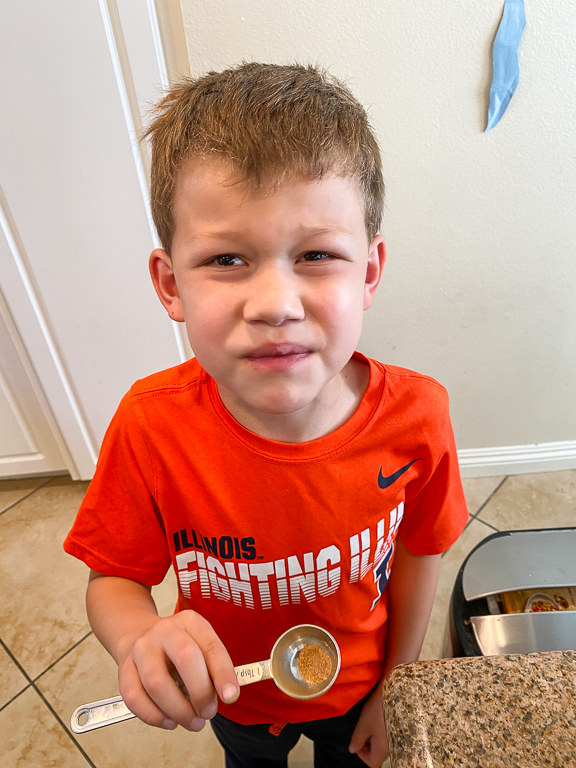 Coming out of the oven I see that the layer of cinnamon sugar has formed a crunchy shell on the bottom. Maybe a little less (or maybe not at all) next time. 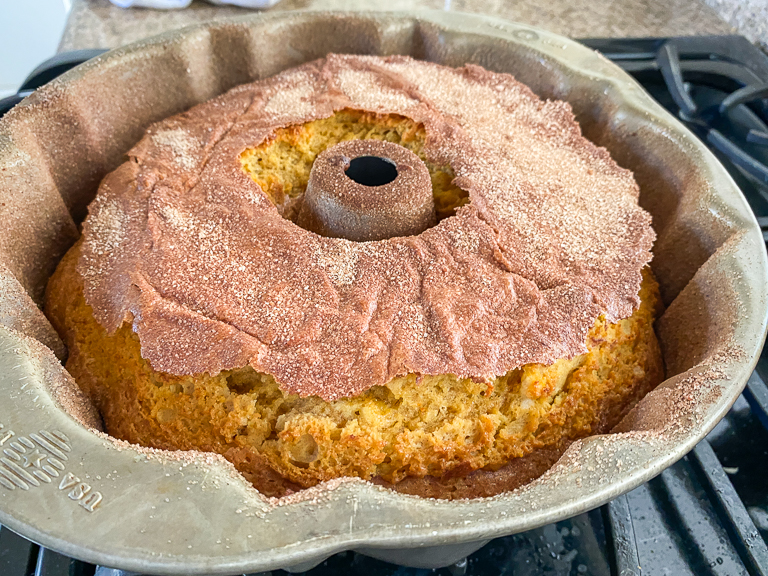 After cooling for a few minutes, it flipped out of the bundt pan perfectly! Good job Alli on greasing up the pan! 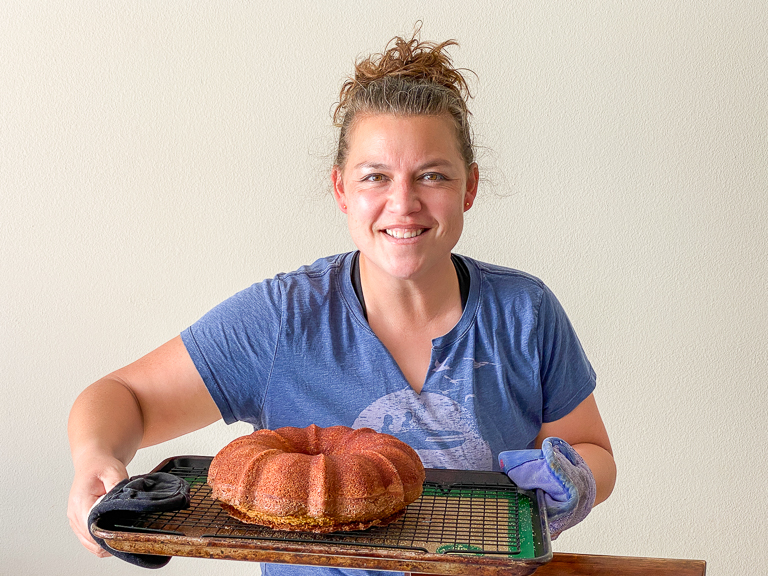 And now the best part. Eating it! Everyone helped out a little on this one. 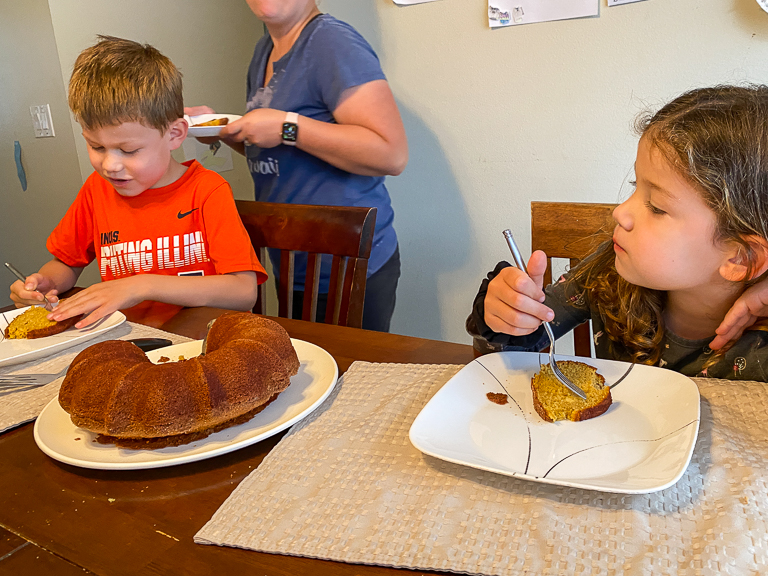 It was super light, moist, plus that cinnamon-sugar gives it a delicious crunchy outer shell. 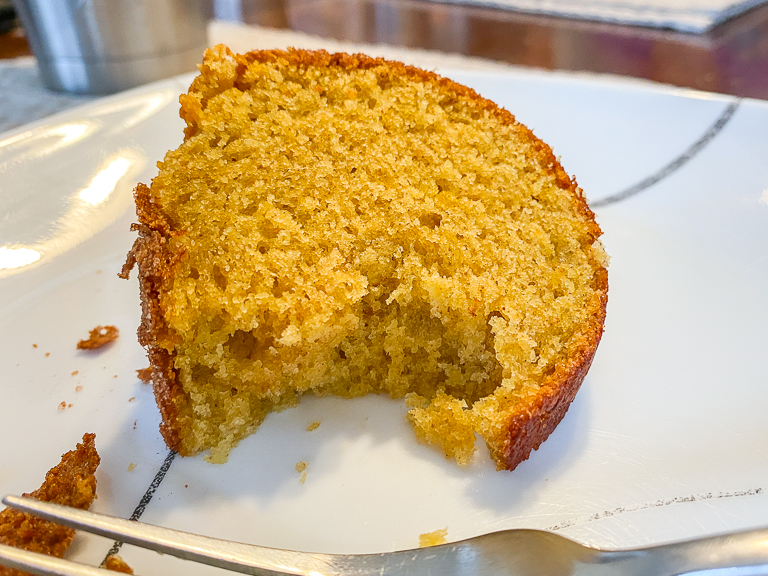 Grandpa made sure to have his coffee along with the cake. 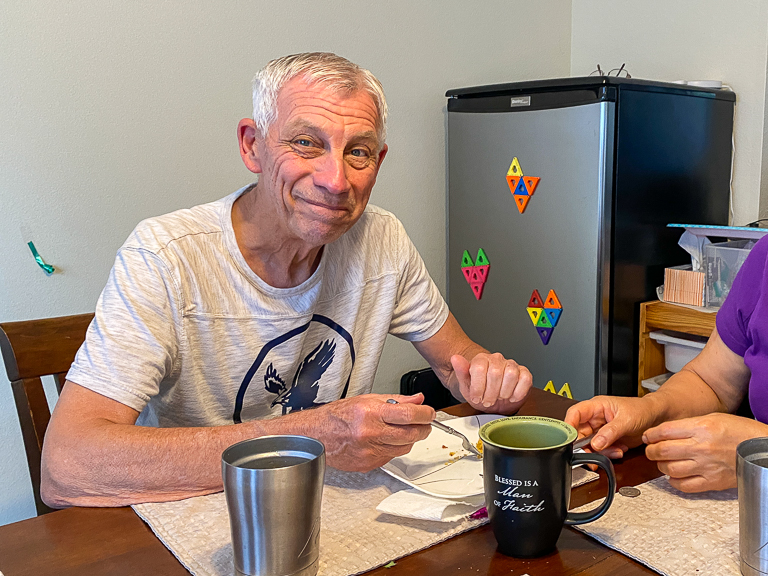 Ever so sweetly, Ian asked Grammy if he could have just a little more. Can't say no to polite manners like that. Alli followed up with a request too.
Polling the room, Aunt Rita's Jewish Coffee Cake is the favorite of all the different types of cakes there are. Better than Funfetti, vanilla, chocolate, or anything else you can think up.
Great job Theresa, Alli, and Ian for making us a Coffee Cake today! 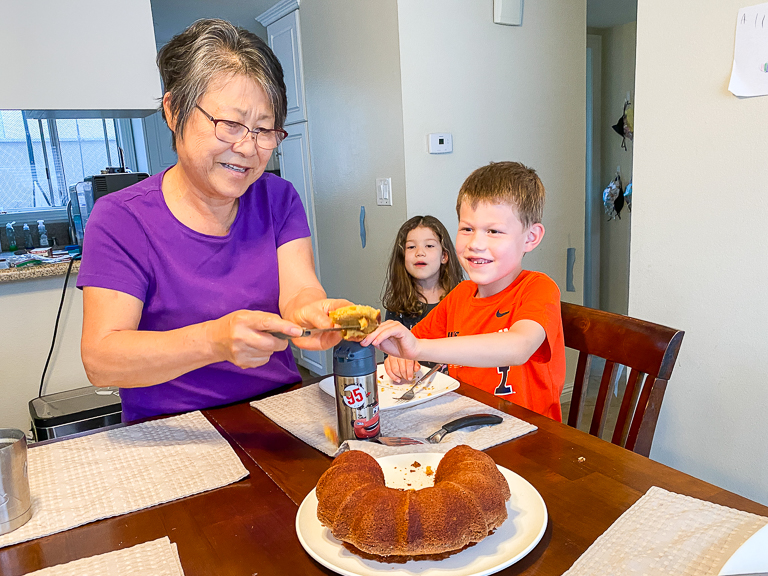