Today we're trying a new kind of Coca Cola! It's a CocaCola, but it's been infused with Brazilian Coffee! How will it taste? Let's find out! 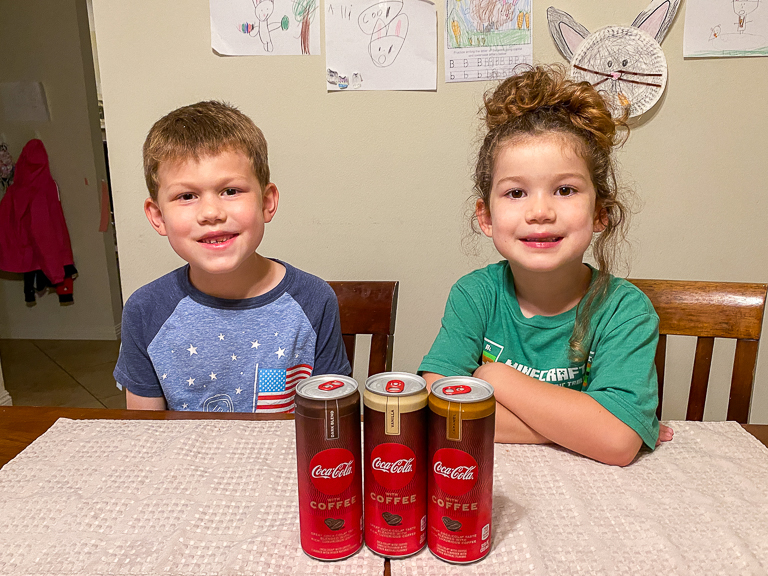 There's three different flavors available for regular Coke. Dark Blend, Vanilla, and Caramel. They also make a Coke Zero version of the Dark Blend and Vanilla flavors, but we won't be trying them today. 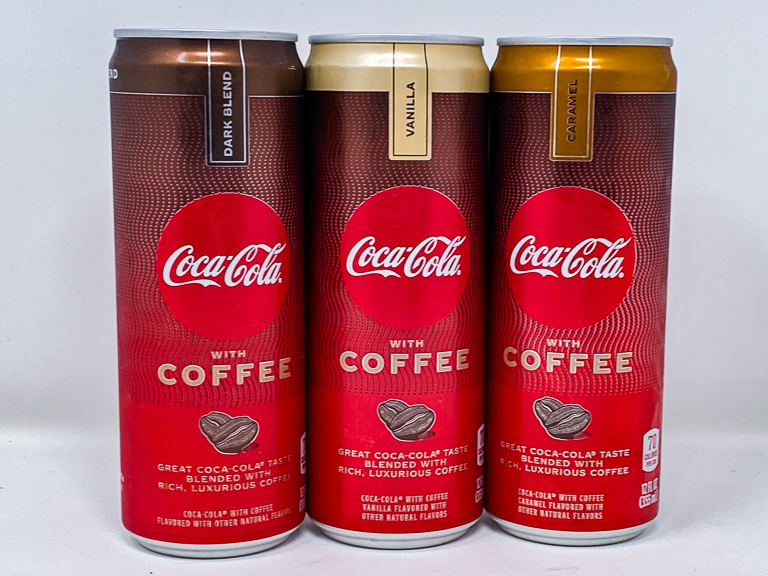 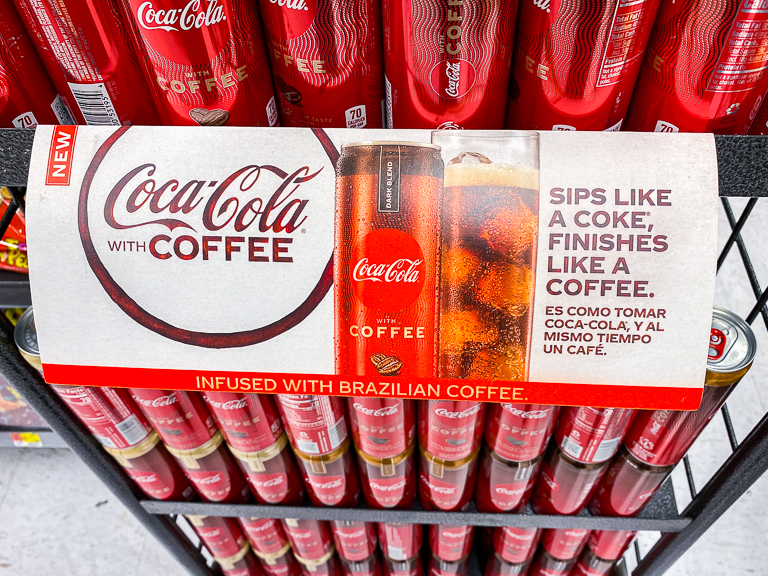 I know we're just seeing this here in the US now in early 2021, but I'm pretty sure I've had something like this before. There was a limited release back in 2017 in Japan, and then a widespread release in September 2018. 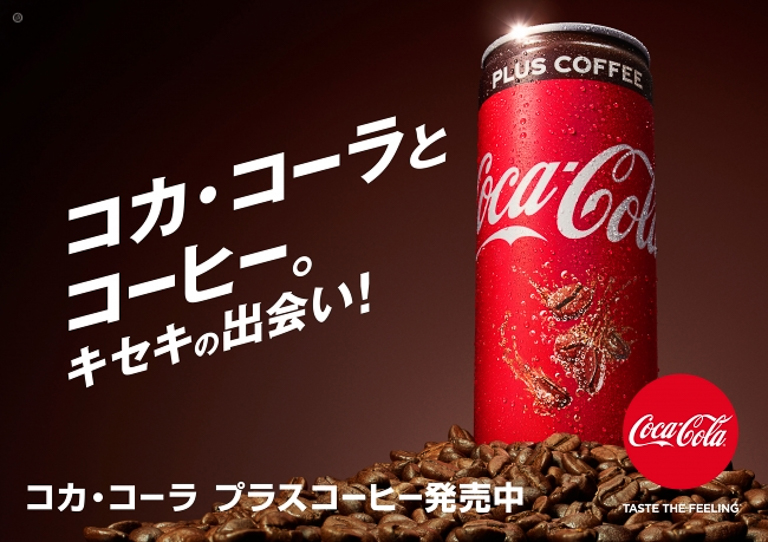 Sure enough, going back through my pictures, I found that in October 2018 I tried this while we were on our trip to Asia to visit all the Disney Parks there! 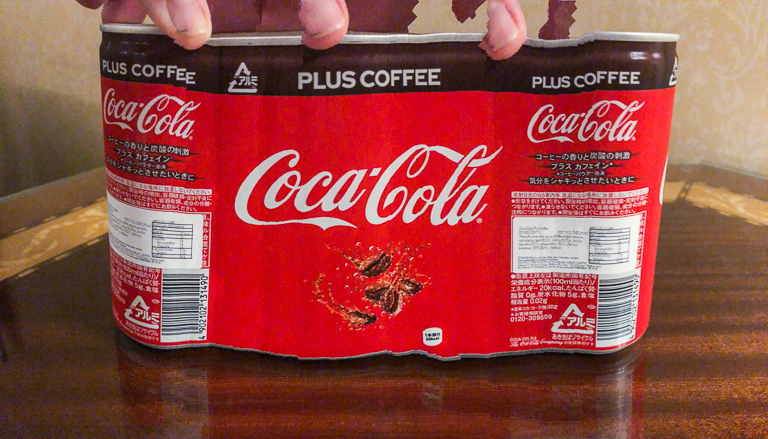 I was surprised to see that these 12oz cans are only 70 calories each. A look at the label shows that it uses Sucralose and Acesulfame Potassium as sweeteners. The Plus Coffee from Japan uses E950 (Acesulfame Potassium) and E951 (Aspartame), but only has 30 calories. 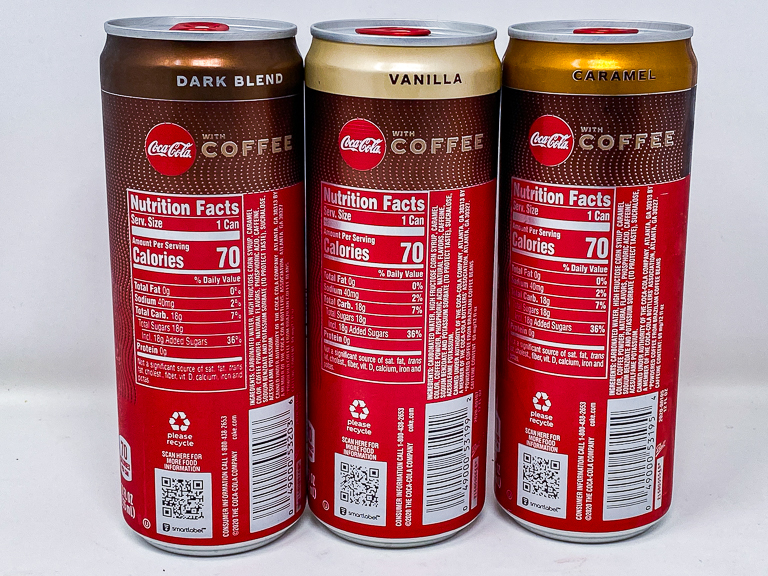 We learned how to open cans, which isn't all that easy. 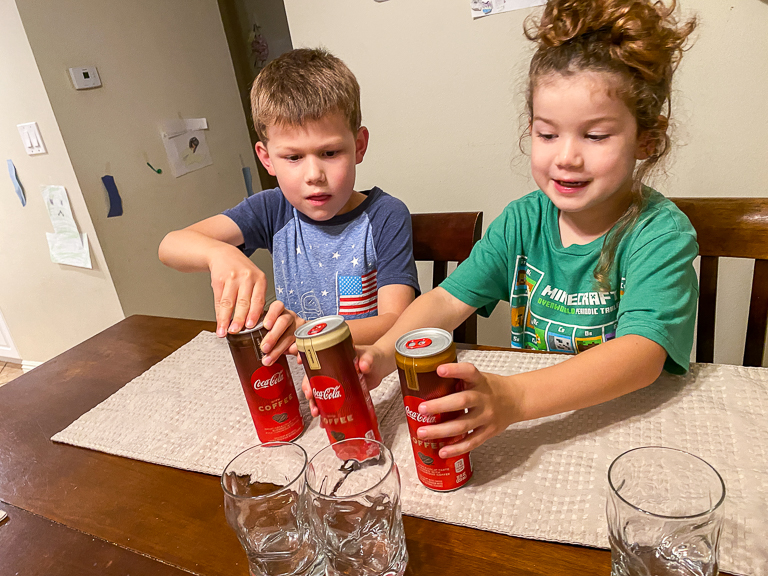 But eventually was managed. 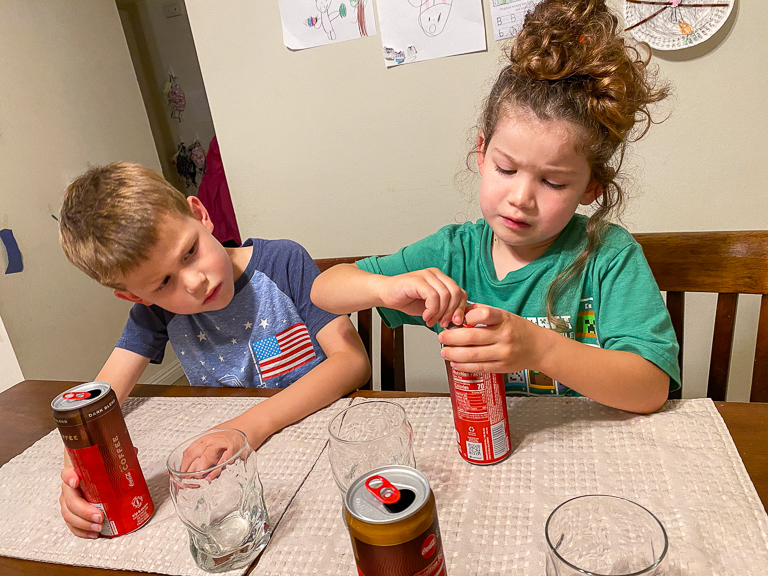 All three sodas look the same. There's no special color to any of them. 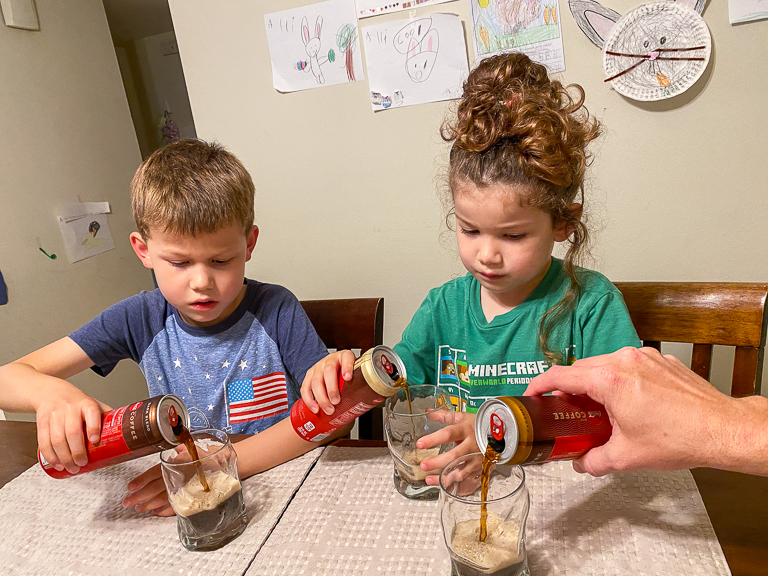 We're giving the Dark Blend a sniff first. It definitely has a coffee smell to it, but it has a sweet cola scent too. 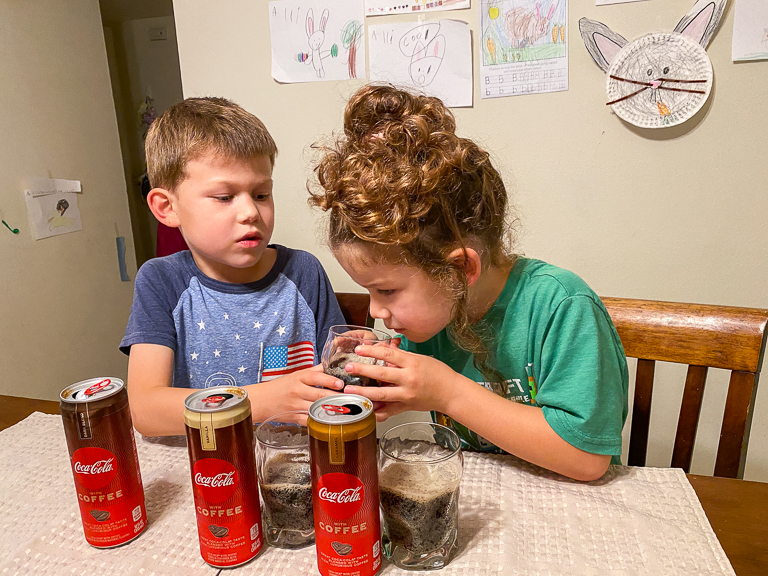 They're not too sure about the smell, but let's give it a taste. 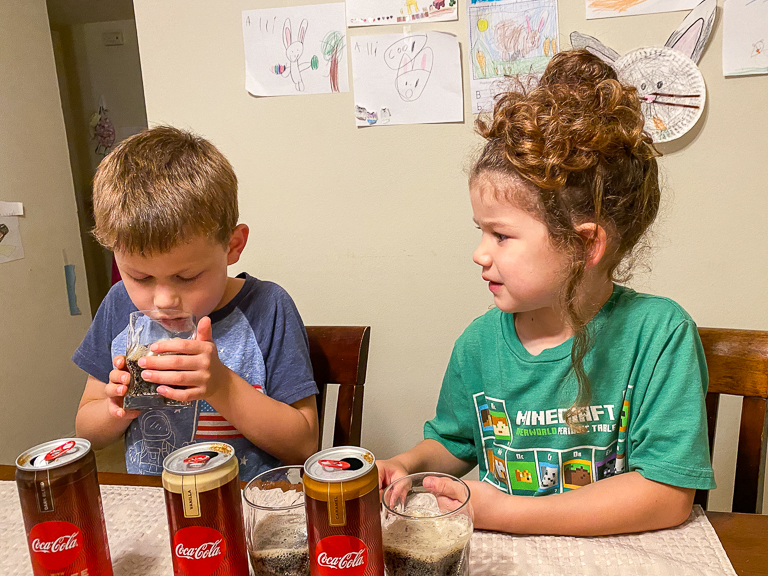 You know, it tastes exactly like you think it would. The sweetness of Coca-Cola along with a strong coffee flavor. 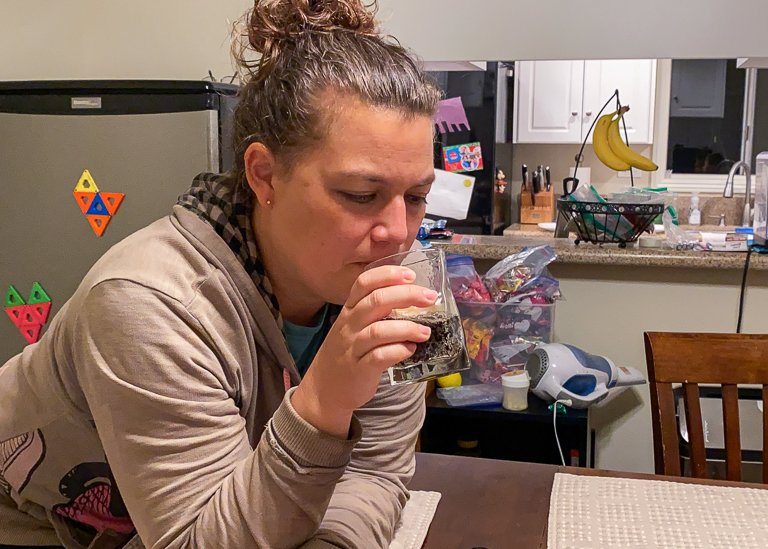 Alli started us off on the next flavor, the Vanilla Coffee Coke. 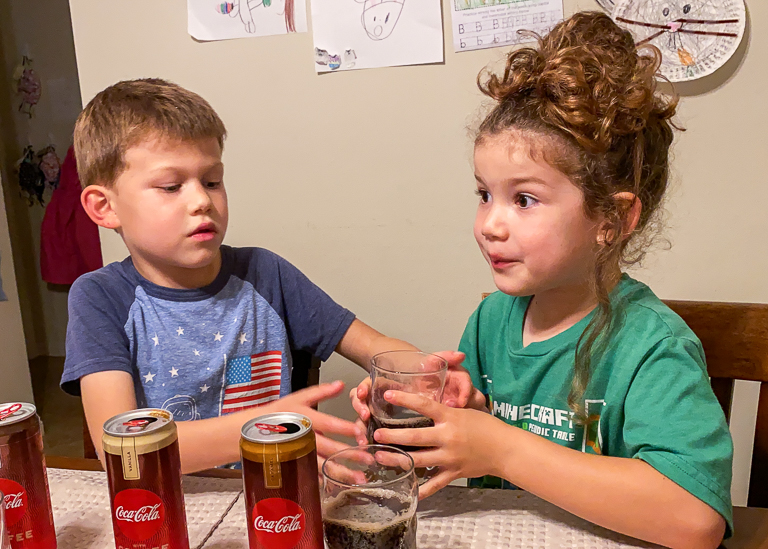 The kids loved this one. It has a very strong vanilla coke flavor. I'm trying to taste the coffee, but it's hard. 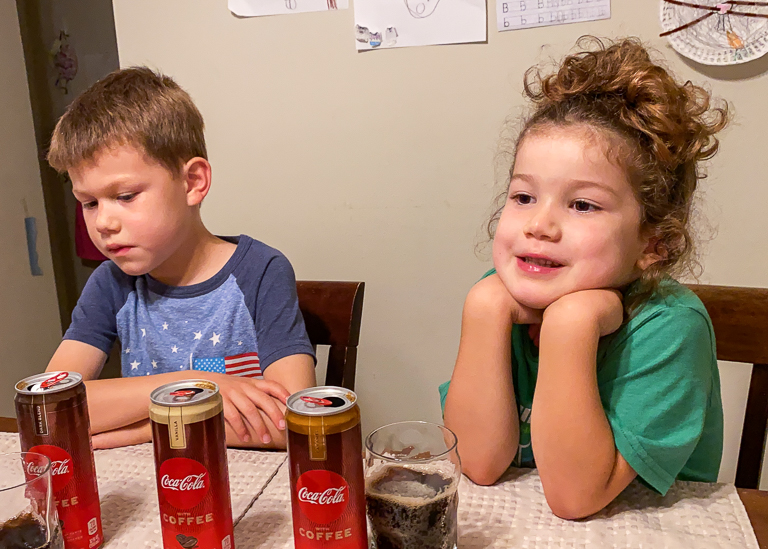 Last is the Caramel Coffee Coke. The kids both hated this flavor. To me and Theresa it tasted like a very dark caramel, which I think is the coffee mixing with the caramel. 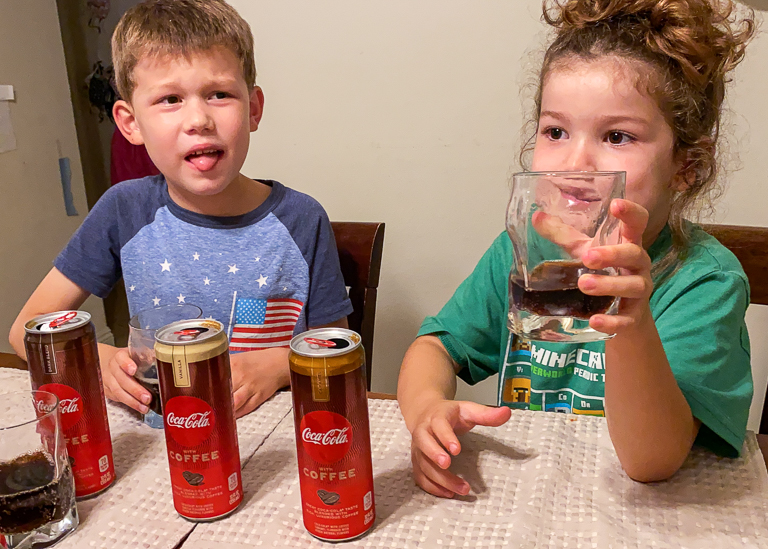 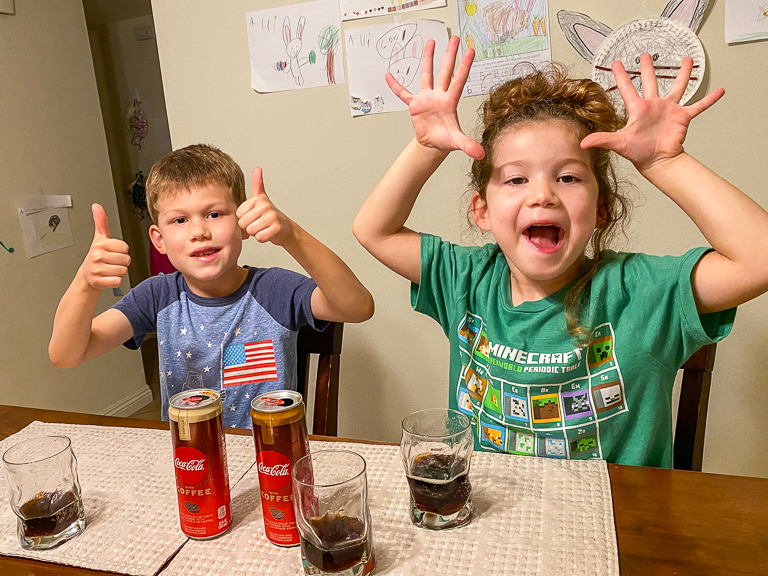 For the worst, Theresa didn't like any of the ones with flavorings in them. The kids thought the Caramel flavor was too strong. I thought the Dark Blend was something I could have mixed myself.
It's interesting to see some new flavors here though! 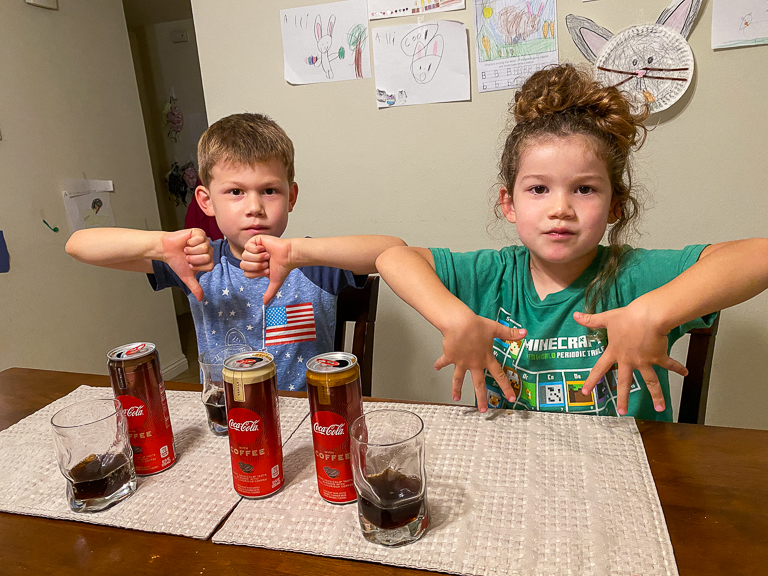