Ian and Alli just got finished with Spring Break. One of the things Ian had to work on over the break was a book report, but for this one, he's required to dress up like one of the characters! He chose a book called Kitty and Dragon Plant a Garden. Ian is dressing up like Dragon. Alli enjoyed it too, so she decided to join Ian and dress like Kitty! 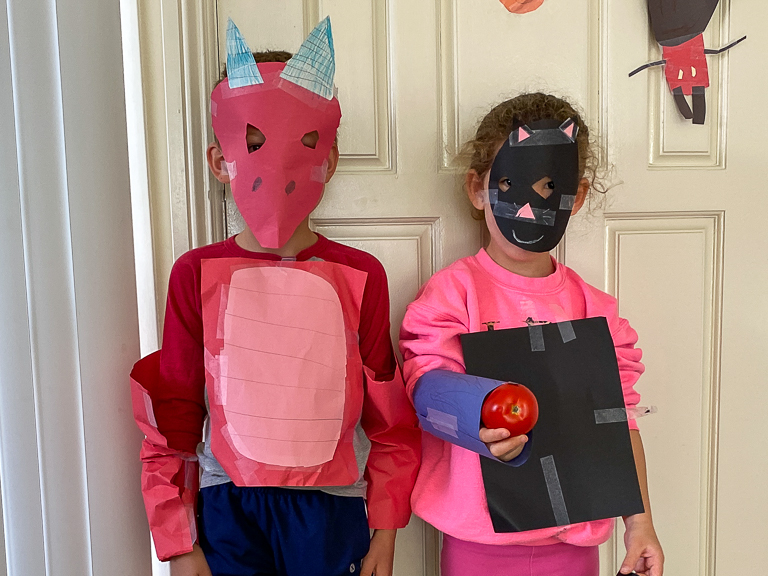 Both of them enjoy reading books on epic, and they are starting to get into this Kitty and Dragon series by Meika Hashimoto. 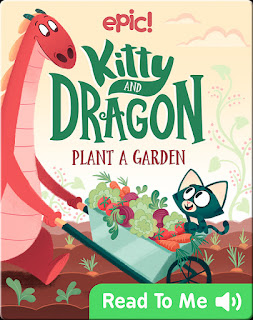 The week of Spring Break, Theresa and I worked at home, like normal. Ian and Alli came to our office to show us the progress they were making on their costumes. Those are some pretty great masks guys! Ian made it a point to make Dragon's horns Cyan. Not blue. Cyan. 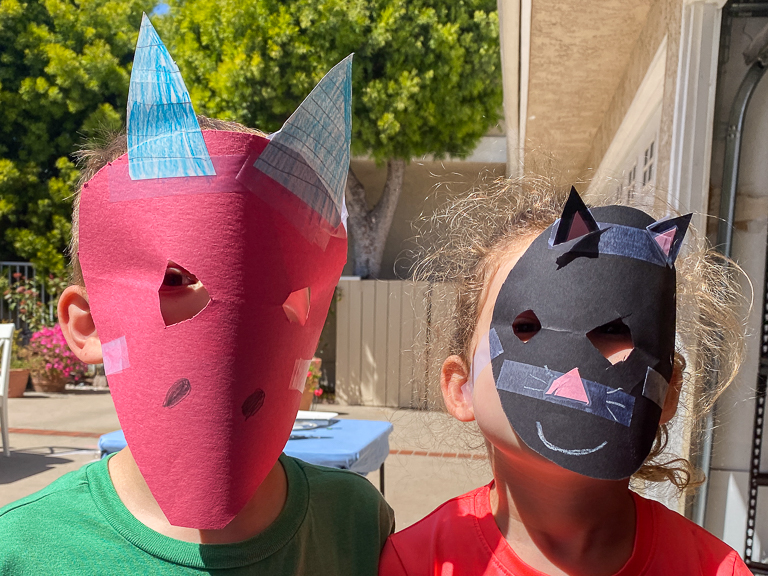 Finally the day of the book report had arrived. Ian is doing online schooling, so he's able to get dressed at home before getting on his laptop. 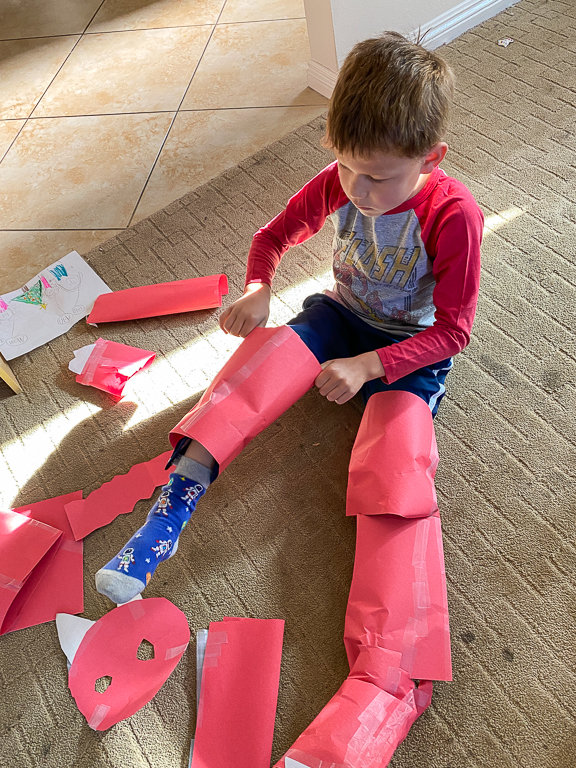 Alli is getting prepped too. 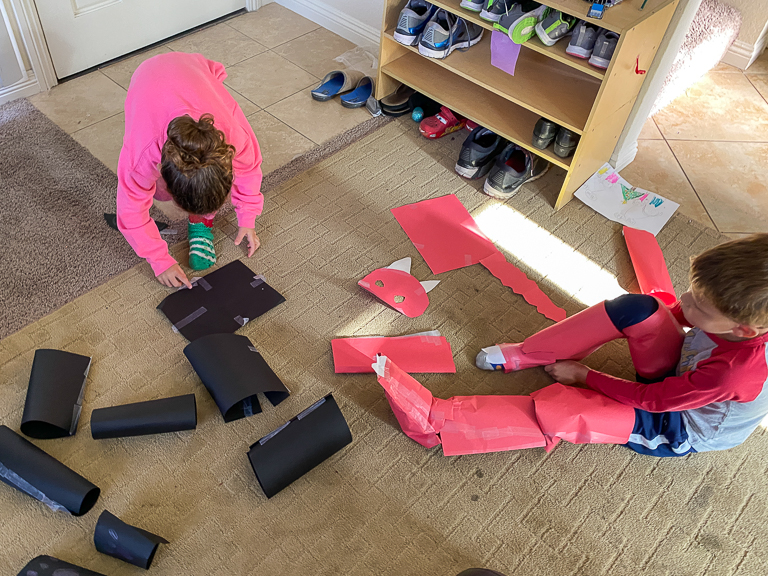 That's a pretty great homemade costume buddy! I like the full arms and legs, scaly belly, and even claws on his feet. 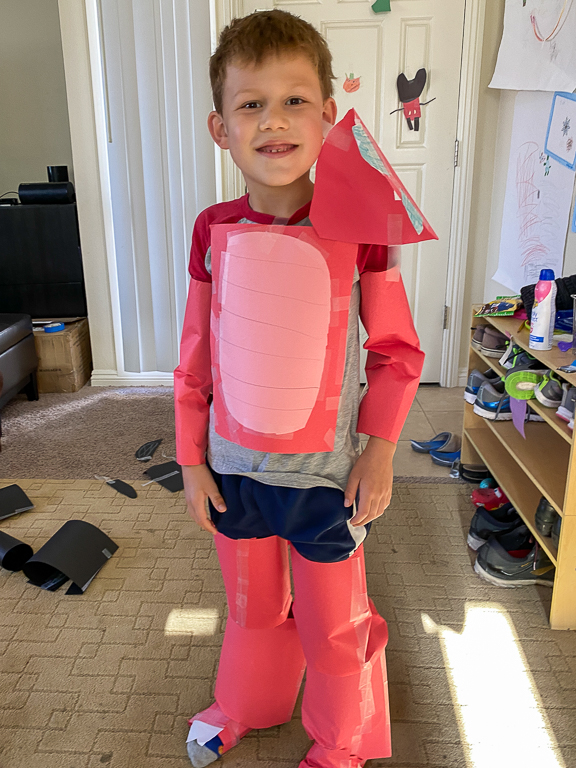 How is the mask being held on? With tape, or course. 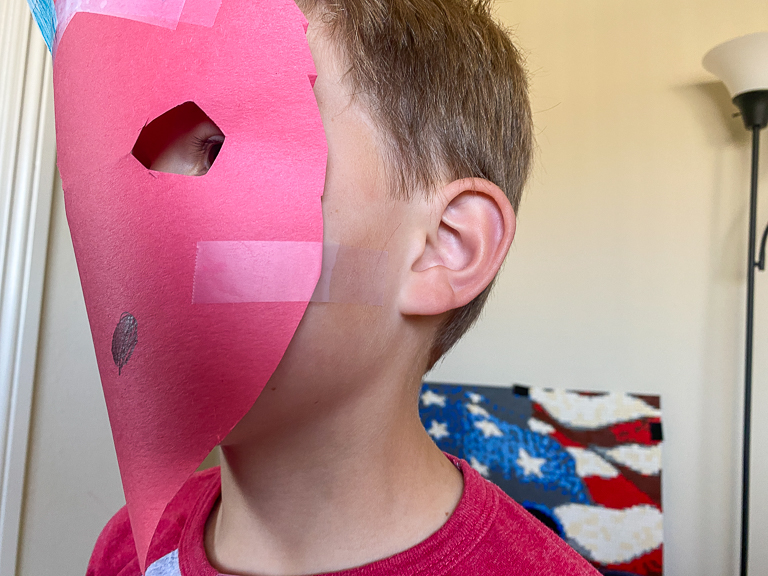 Alli is putting her costume pieces on. 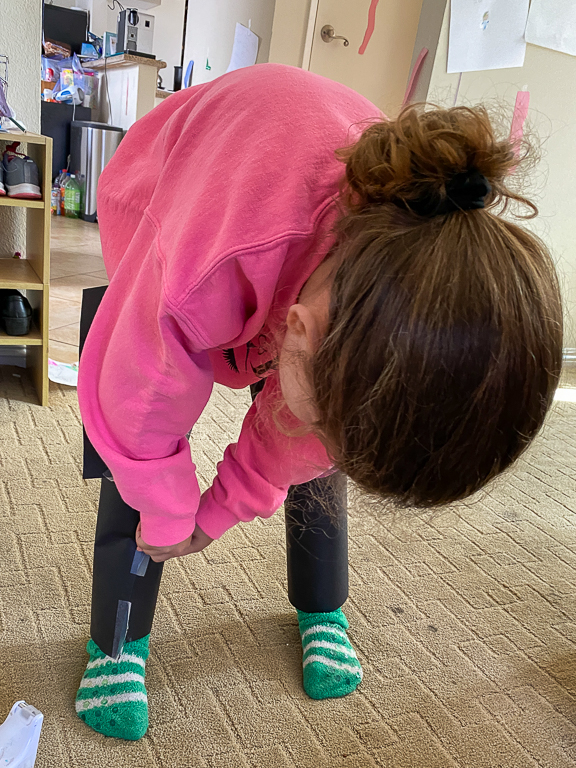 You can't even see it when she's wearing them, but her feet have kitty paws on the bottom. 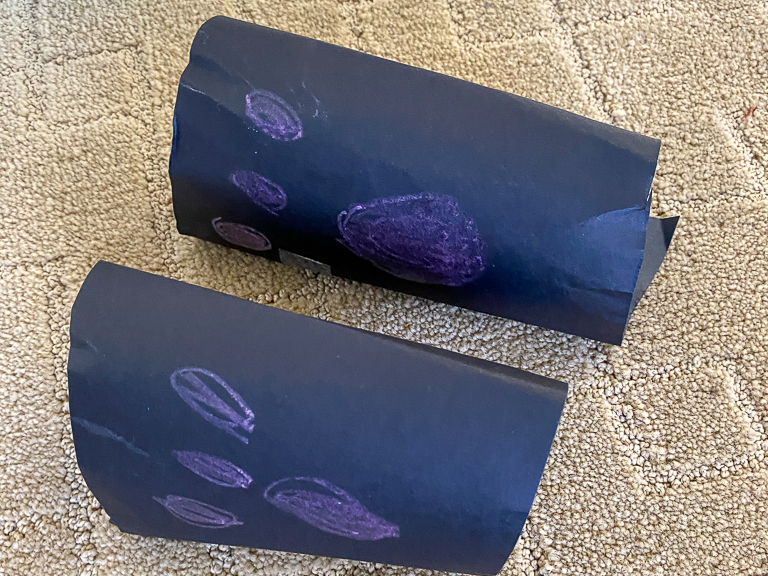 Here's the guidance Ian was supposed to follow for his book report. We practiced it a few times over a few days so he could get comfortable with what he was going to say. 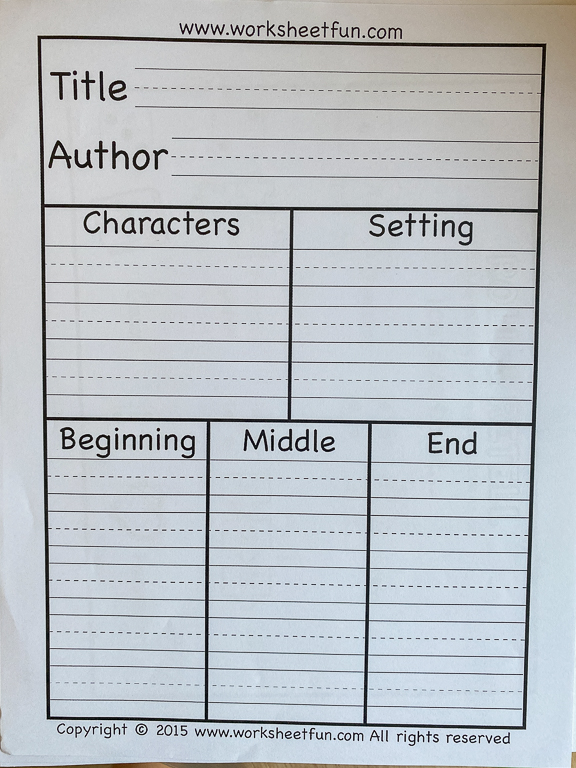 Time to get online and do it for real! 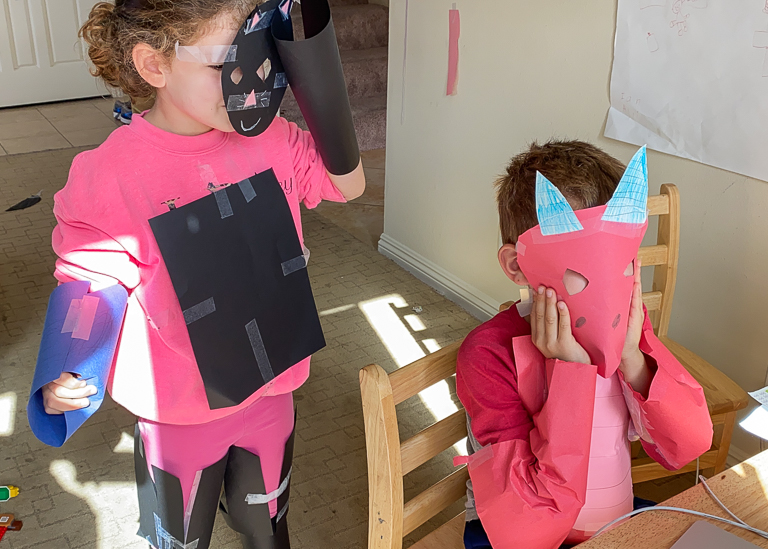 Afterwards I asked them to repeat it for me. Video is at the bottom. 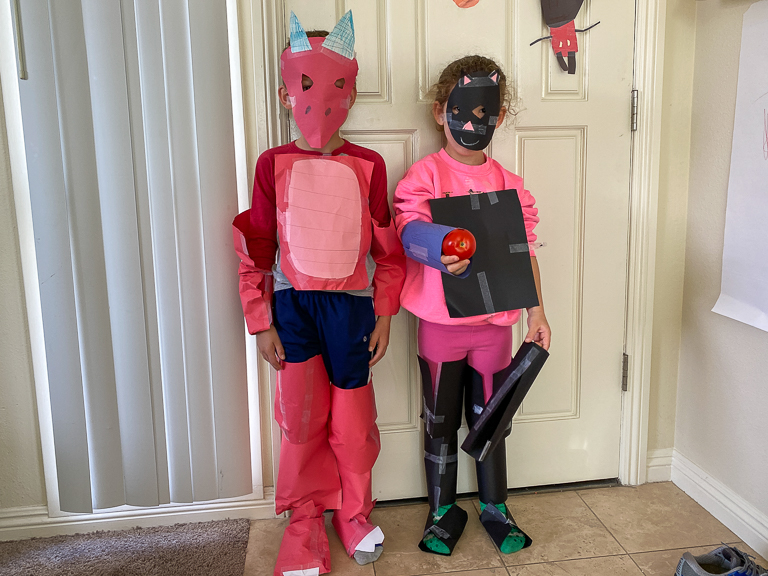 Turn around real quick guys. Cute! They've both got tails too! 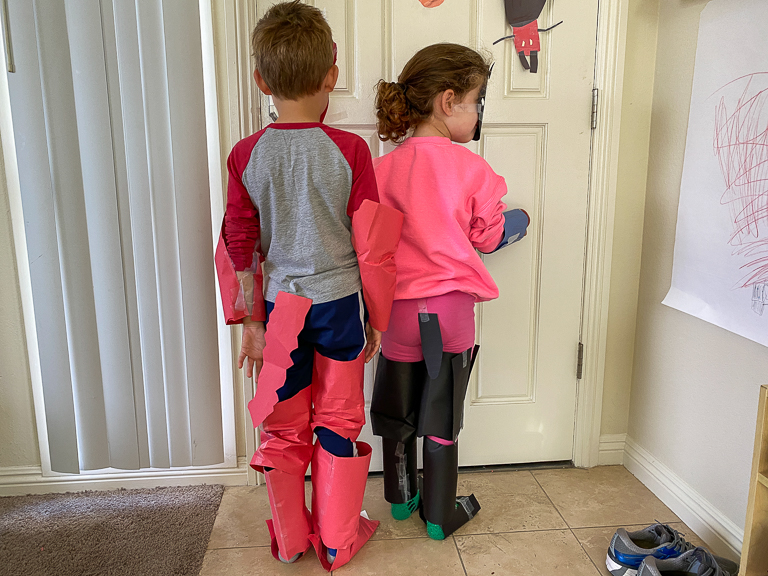 The next day, it was time for Alli's school. Every week the kids get to pick a share item. They give the other kids 3 clues and then they try to guess it. Alli has her three clues ready and is in front of the camera. Ian is under the table, making sure he's not on camera.
You'll have to forgive the mess. It is a working table and she'd just done some cutting, gluing, and coloring. 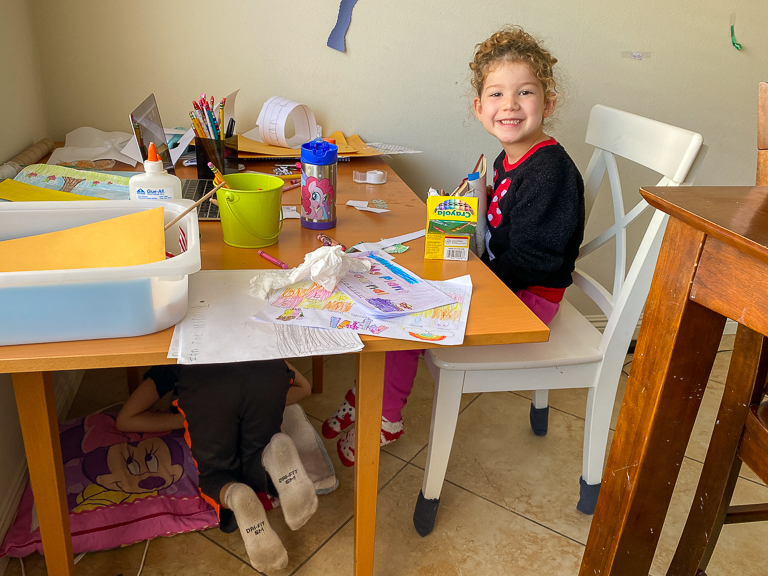 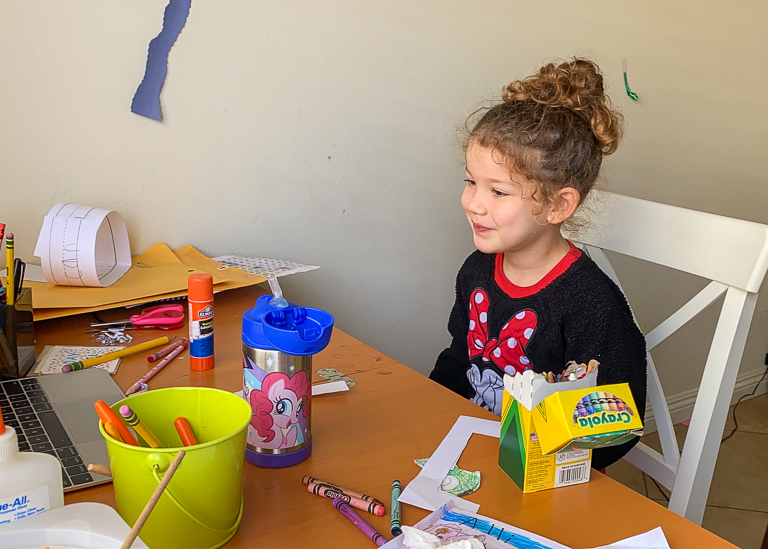 Not surprisingly the other kids in the class didn't get it, but this is Ian's old teacher and she said she knew it right away! 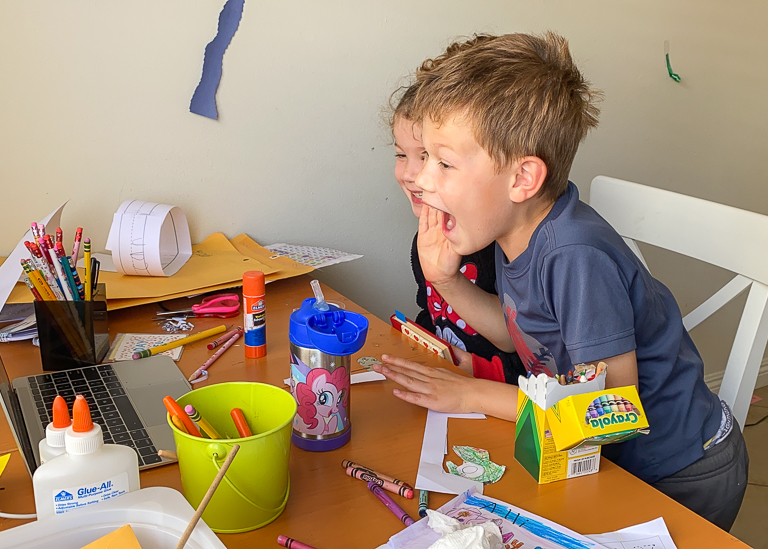 They had fun with it. 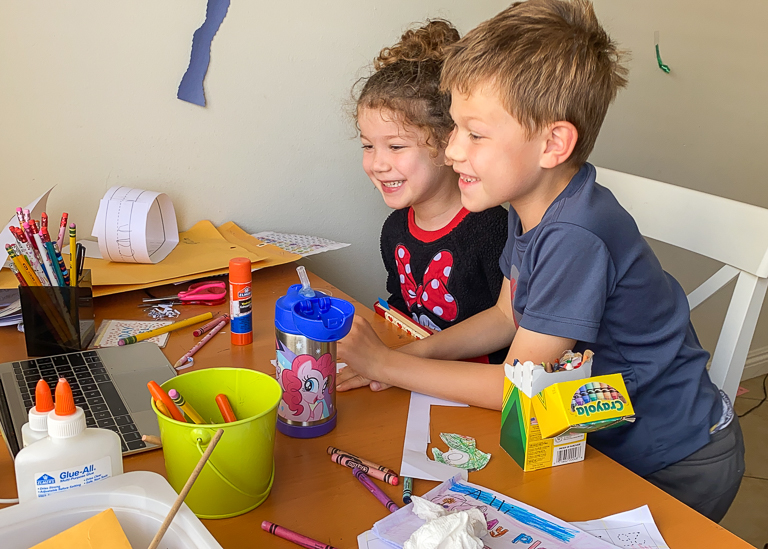 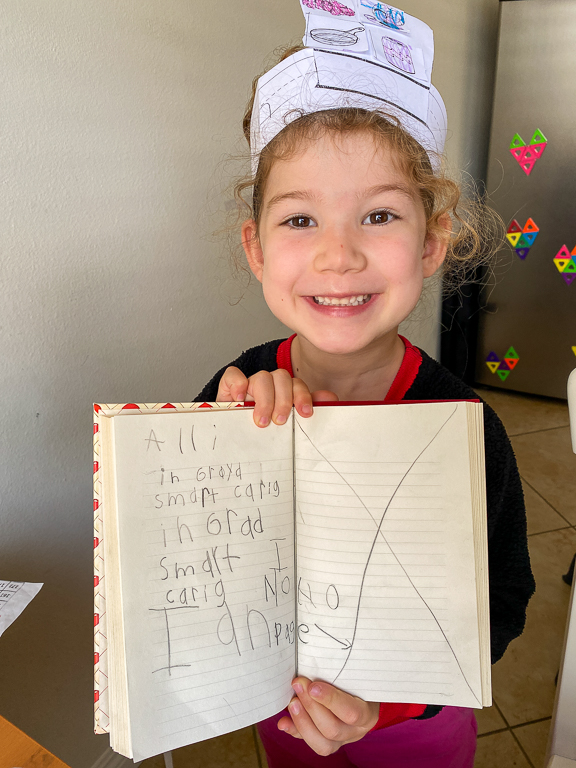