Following along in the saga of Ian and his lost teeth, we are now on to tooth number 6!

His first tooth was lost in Michigan. His second in Colorado. The third was lost in California on National Tooth Fairy Day. The fourth was in our new house. The fifth was on Christmas Eve, earning a visit from Santa and the Tooth Fairy in one night. 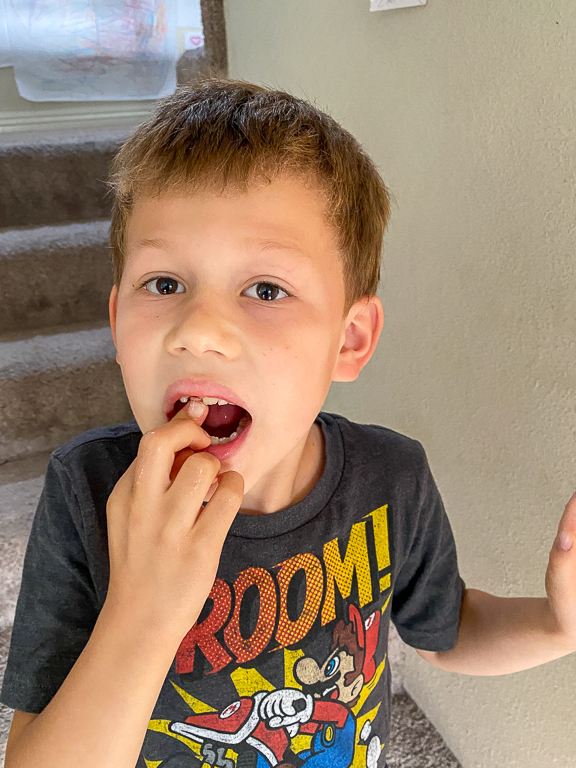 He's been working on it a few days. Let's see how loose that thing is. 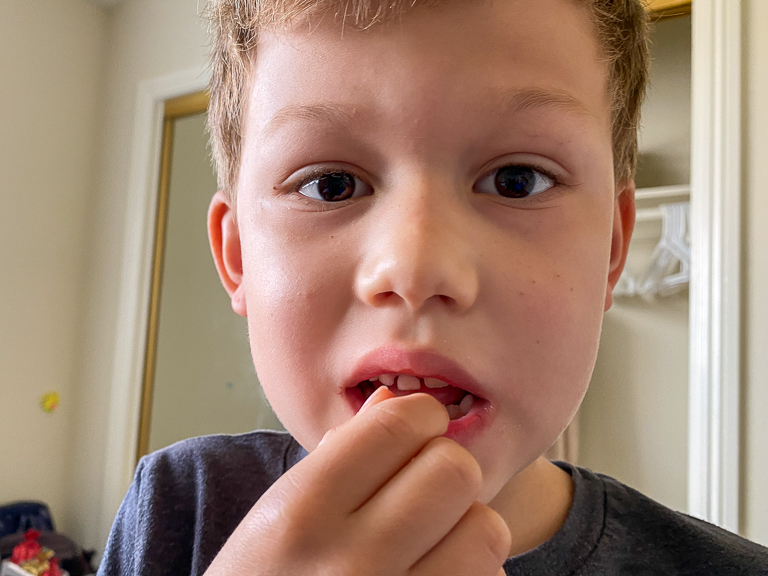 Wow! It's barely hanging on! 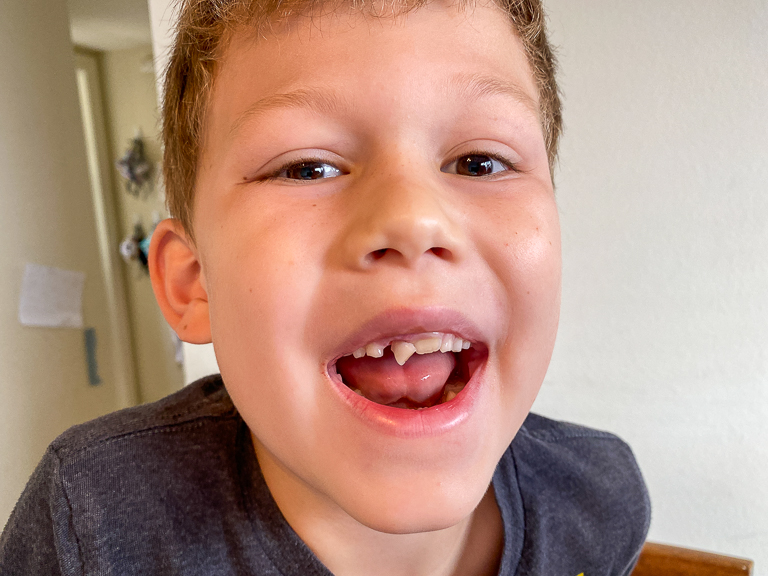 The family gathered around the table to watch number 6. Alli gave it a try, but couldn't quite get the grip. 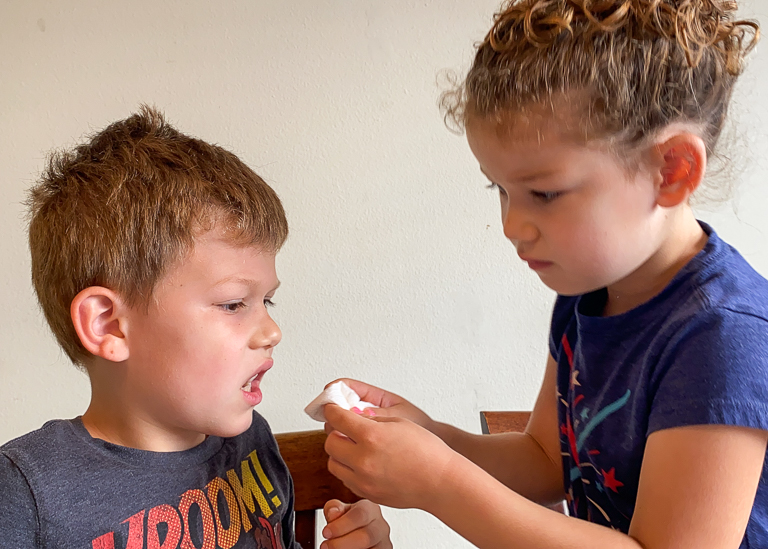 Ian took matters into his own hands and pulled it himself!
Alli was standing by with water for him to rinse out his mouth, and a cup to spit it into. Good sister. 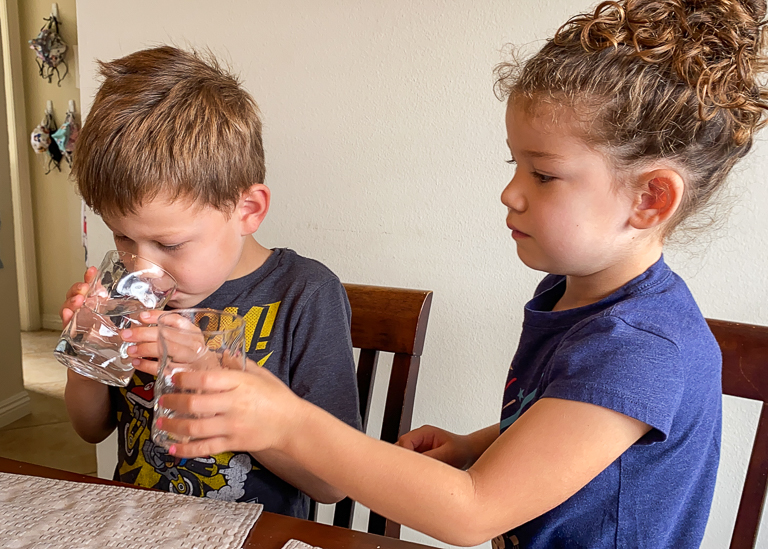 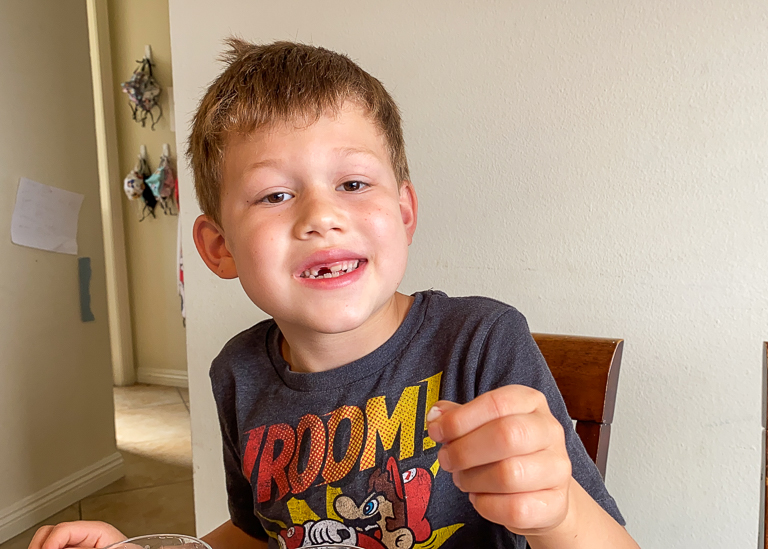 Just a little baby tooth, finally ready to come out. 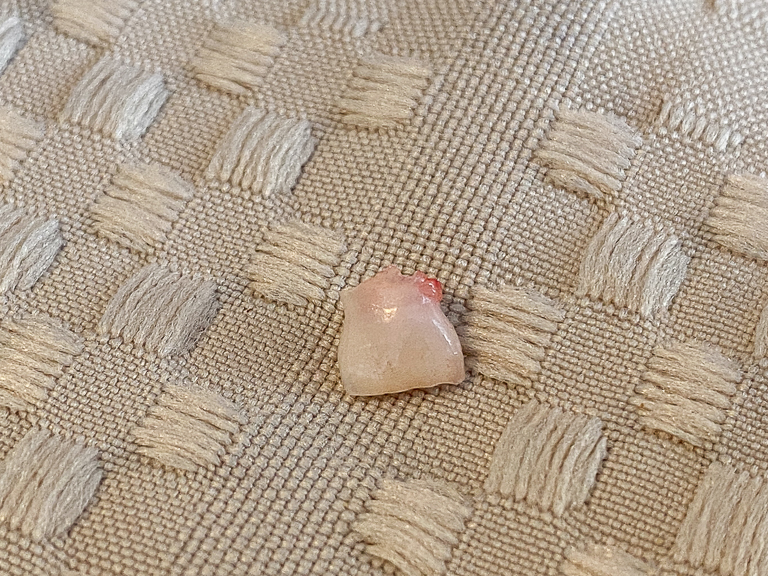 Alli had to run off and get her iPad so she could take a photo herself. 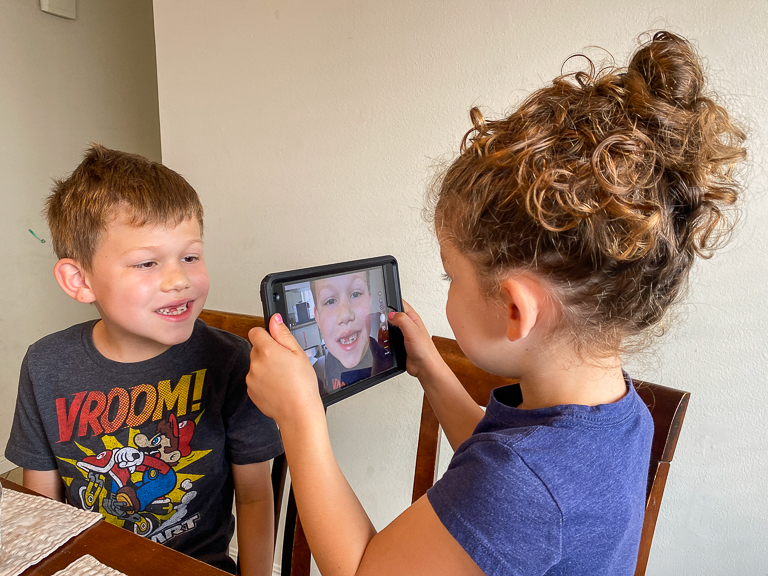 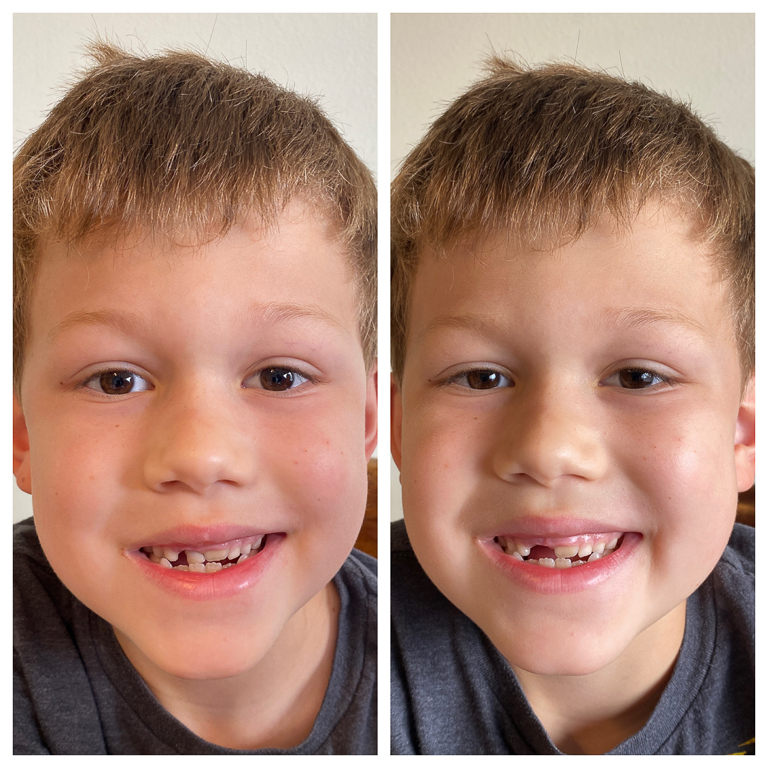 Under the pillow for the tooth fairy! Great job pulling number 6 yourself today buddy! 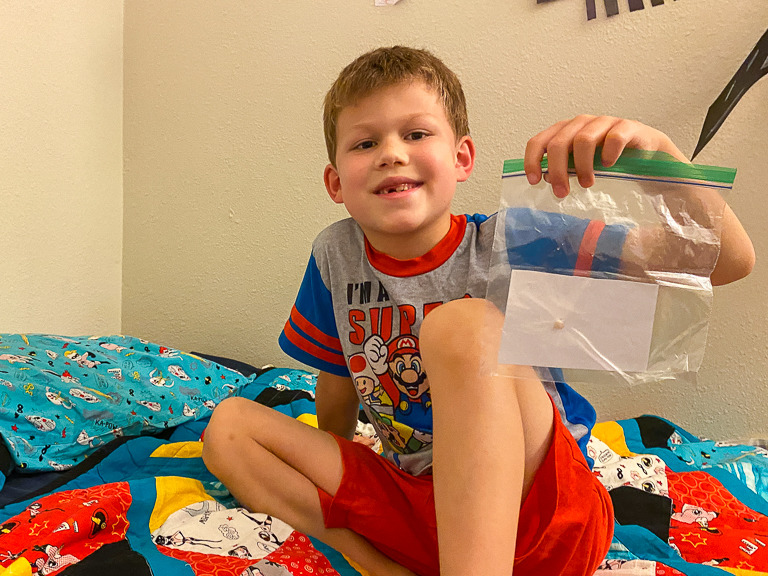 This is Central Incisor tooth E.