Just a short and sweet one for today. Ian lost his fourth tooth! After waiting nearly a year between his 2nd and 3rd teeth coming out, this 4th one came out just 2 months later. 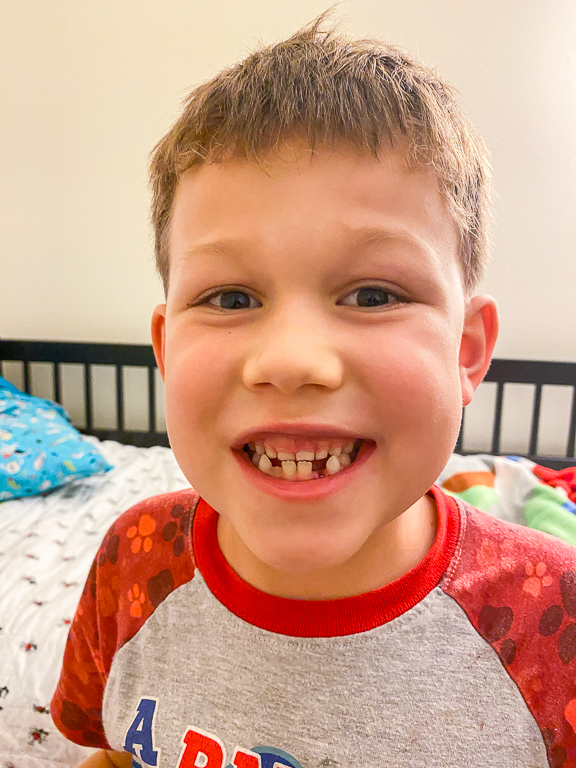 It's been a few weeks coming. It was loose and ready to come out tonight.
He put it under his pillow before bed. Both he and Alli tried to stay up and catch the tooth fairy.
When the tooth fairy did arrive though, both of them were sound asleep. Upon trying to retrieve the tooth, the Tooth Fairy noted that Ian had his hand wrapped tightly around the bag the tooth was in. It took a little coaxing to get it out while he was still asleep. 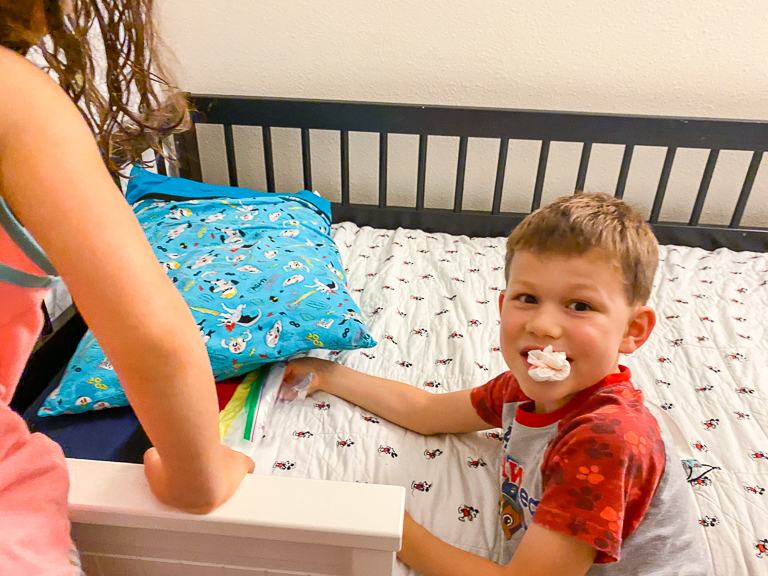 In the morning, he chalked it up to accidentally letting it go when he was rolling over at night.
Another tooth and another $5 bill. Good thing he's only got 20 baby teeth! Super proud of you for pulling it yourself Ian! 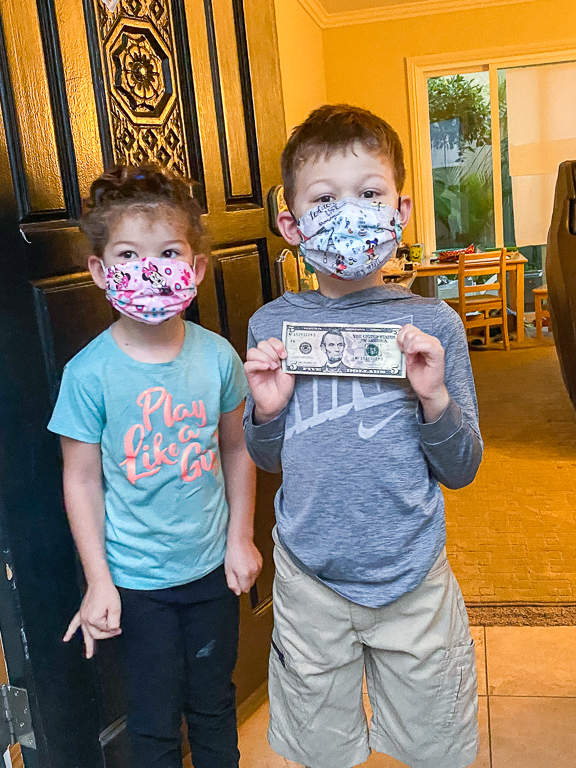 And for myself, Tooth N is tooth number 4. I wonder when we'll start seeing some movement on those upper teeth. Perhaps by Christmas he'll be wishing for his Two Front Teeth.