It's Halloween and for the second year, Mountain Dew is bringing back their mystery flavor, VooDew!

Last year I had a really hard time finding VooDew, but this year Theresa saw it on the Walmart shelves the first week I started looking for it. 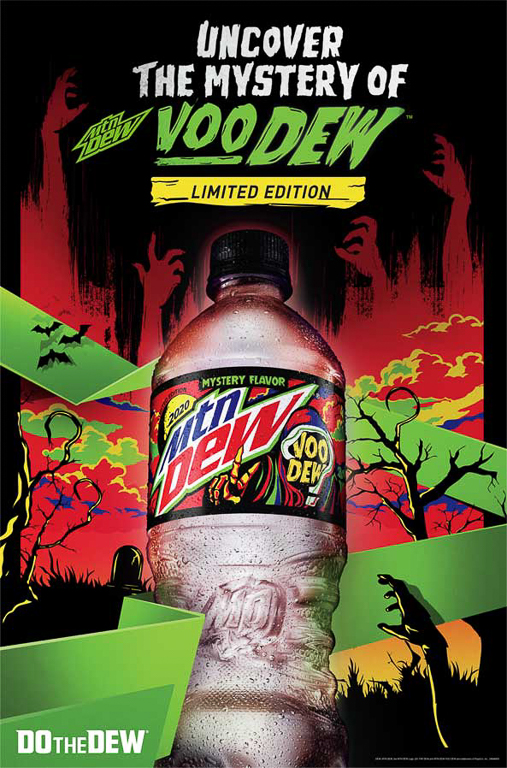 We're excited to try it! It looks like the exact same color as last year's 2019 Mtn Dew VooDew. A pale white. 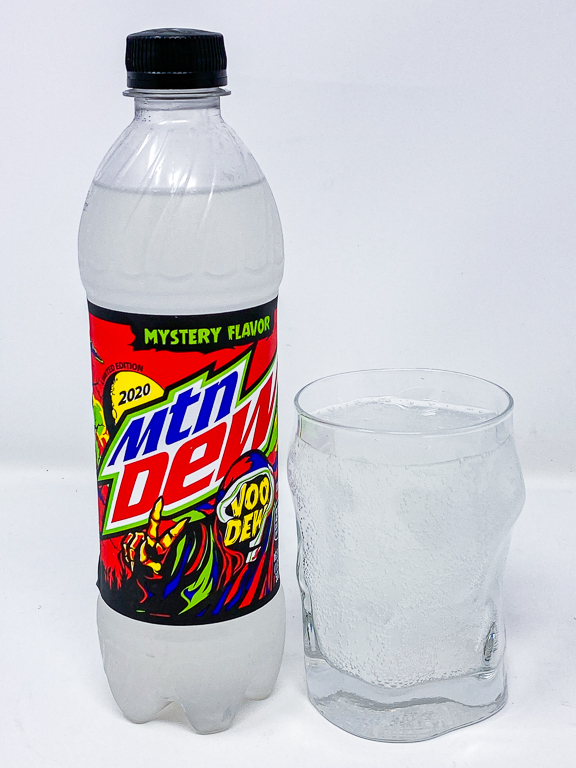 Last year the Grim Reaper was on the front and he was ominously pointing at you. This year he's holding up two bony fingers.
So what is the mystery flavor? Last year there were hints as to the flavor hiding in the label. Orange, Yellow, and White, with the mystery flavor being Candy Corn.
This year I see Yellow, Red, Blue, and Green. I wonder what that means. And I'm recognizing the hood of the Grim Reaper looks like a question mark.

Smelling it, I am detecting something familiar. Ian first thought Starbursts. Hmm, I think it's something else. 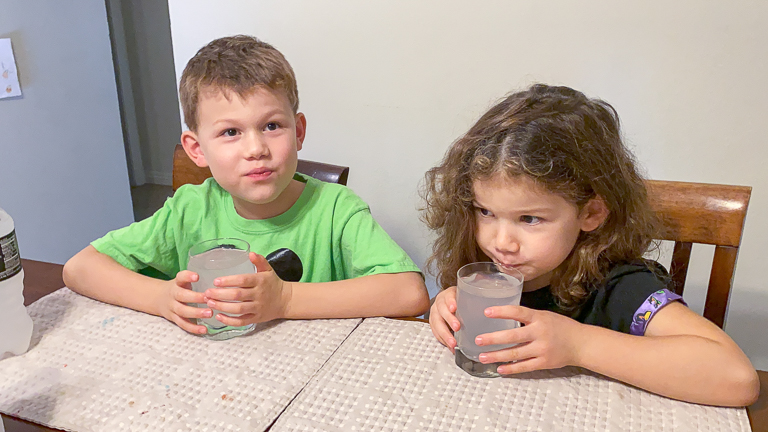 No, not quite Starbursts. I'm smelling Skittles! 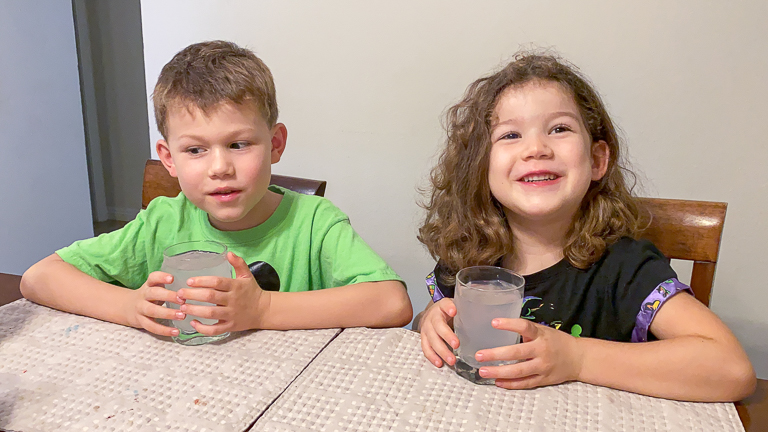 And after tasting it, my mind is even more made up. Skittles. Yum!
Alli - Fizzy Skittles
And does it taste good? Oh yes. It's very tasty. 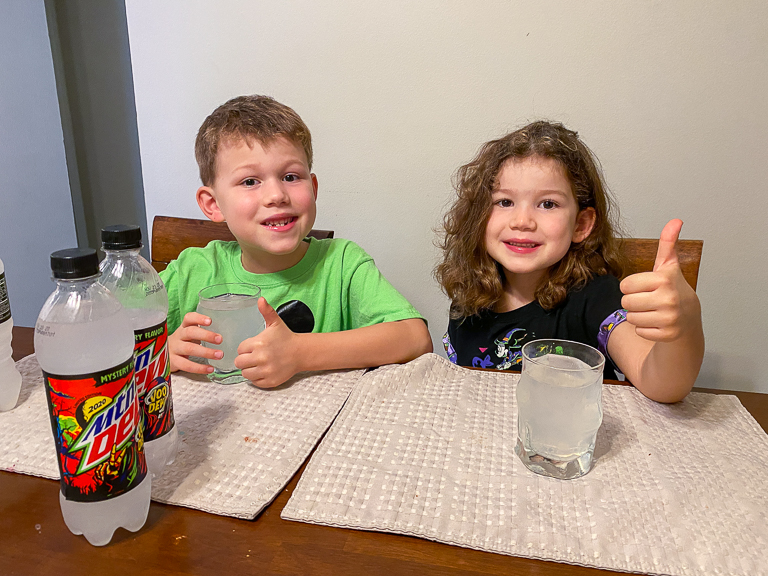 I have a bag of Skittles that we can taste along with it. It doesn't taste like one particular flavor to me, but all the flavors mixed together. 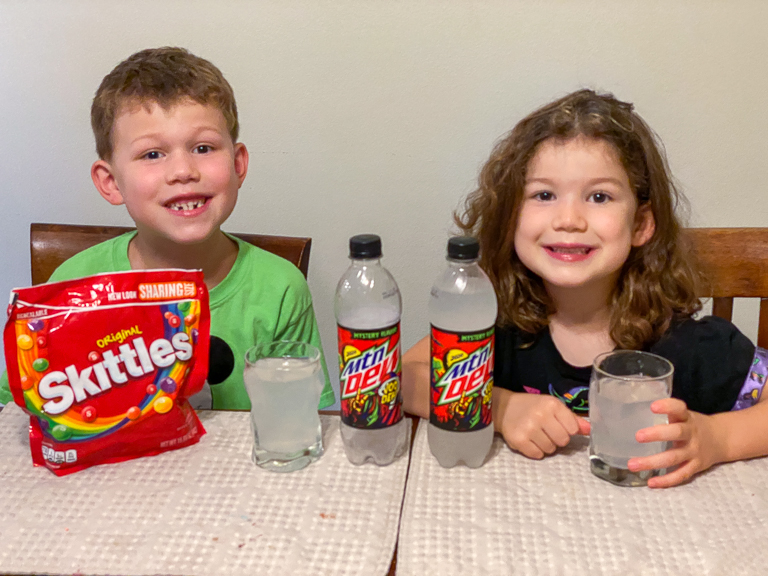 Theresa came over to taste the Skittles Mountain Dew too. 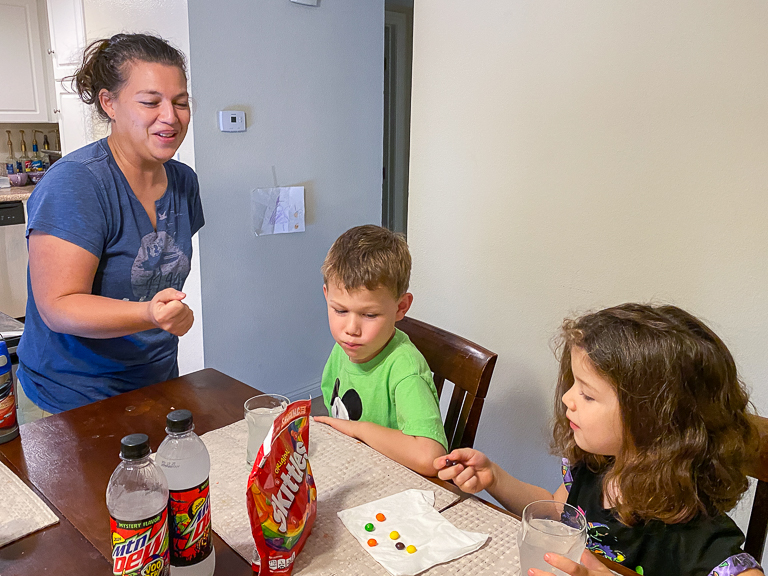 Good job Mountain Dew! Last year around October 30th, they announced what the Mystery Flavor actually was. I'll update this post when they tell us! 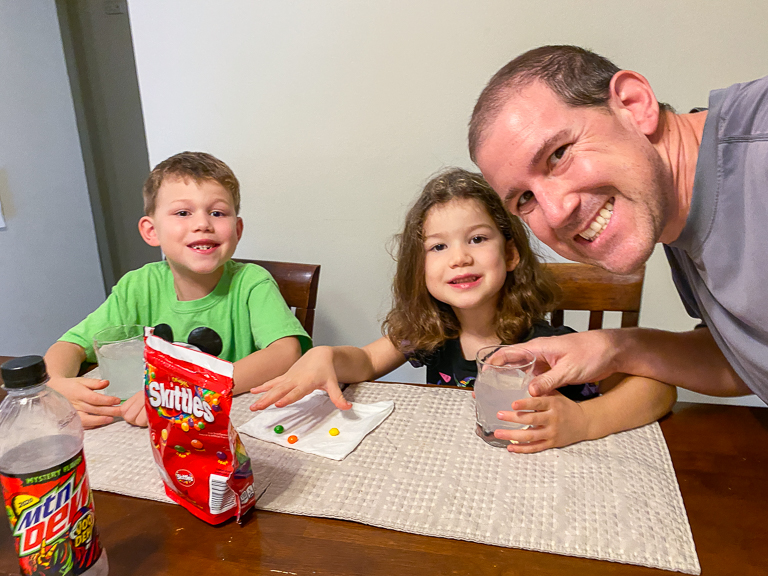