While I was walking the grocery aisles of my local Ralphs, I happened upon a brand new flavor of popcorn. Popcorn mixed with Captain Crunch Berries? You know we've got to try that! 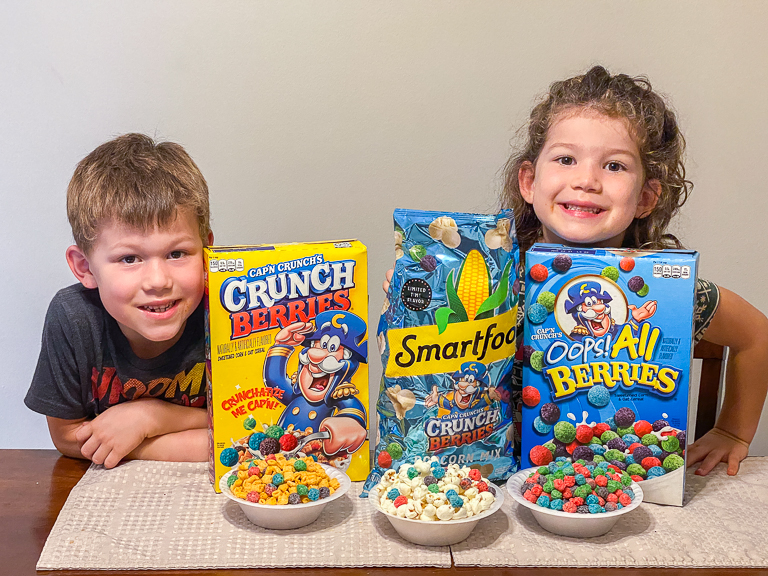 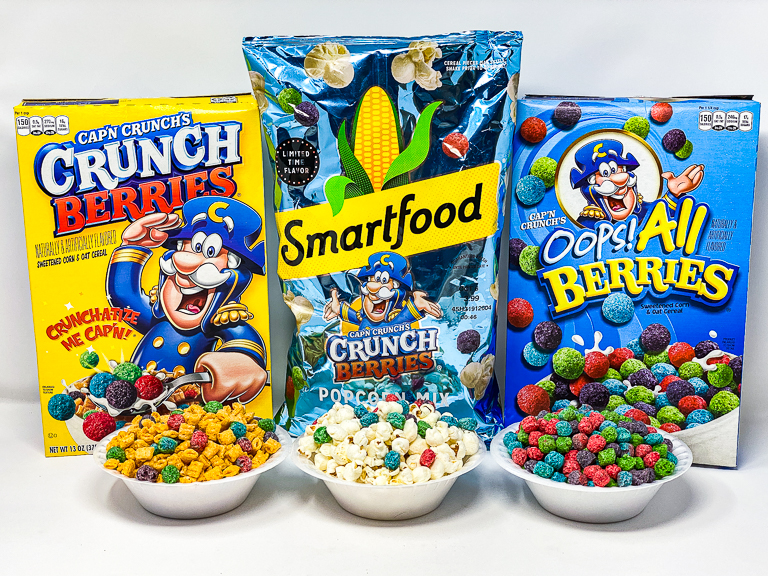 The back, just for completeness. There's still puzzles and games on all the cereal boxes. 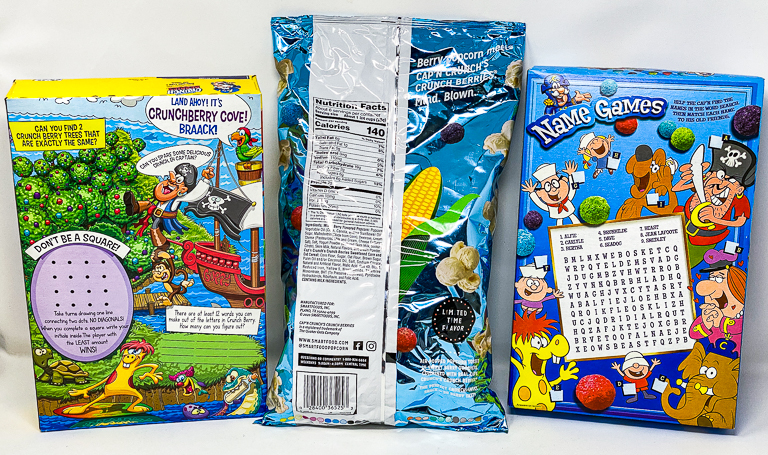 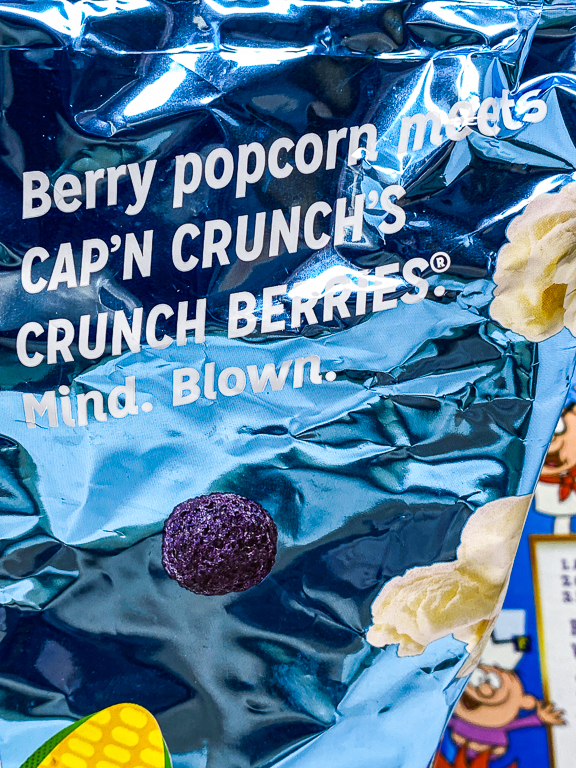 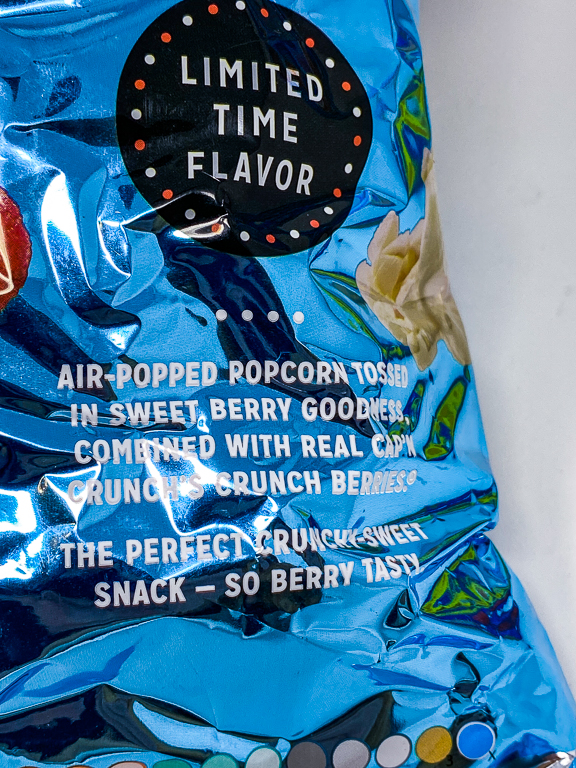 Some settling of the Crunch Berries may occur. Gotta give it a good shake to mix them back in. 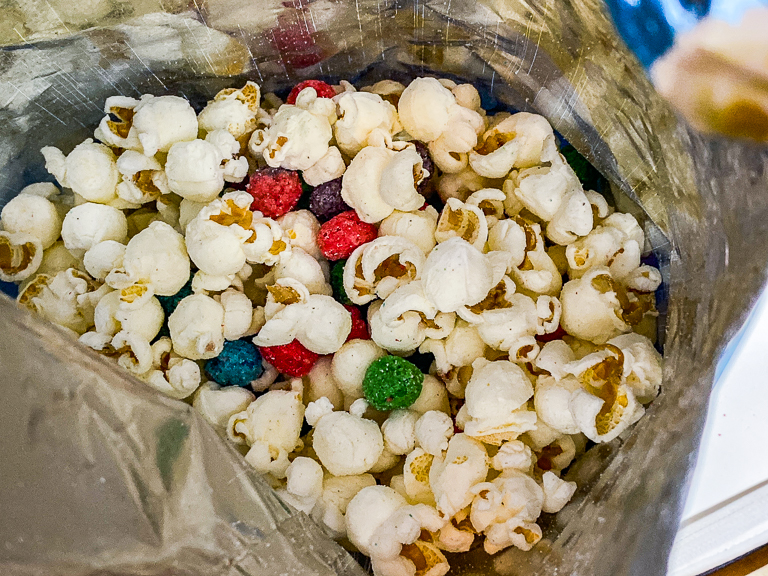 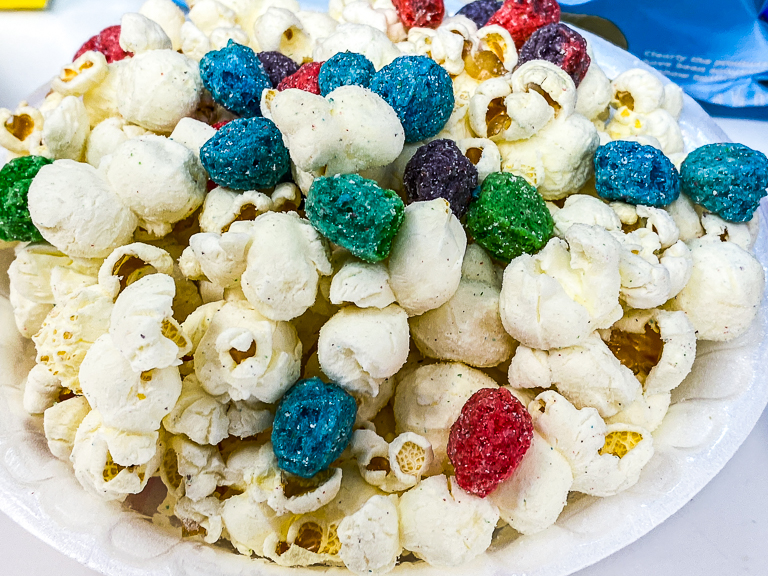 So maybe we should have them with regular Crunch Berries Cereal. The first ingredient is Corn Flour. And it certainly looks like the bowl above. 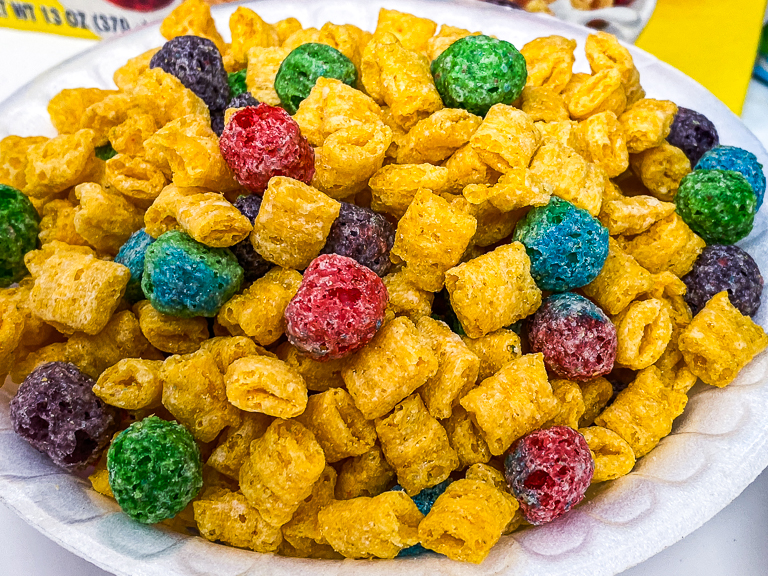 But Oops! All Berries is also made with Corn Flour as their first ingredient. I think we'll try them both and have a side taste-test as well.
I wonder how they have some that are two-toned. 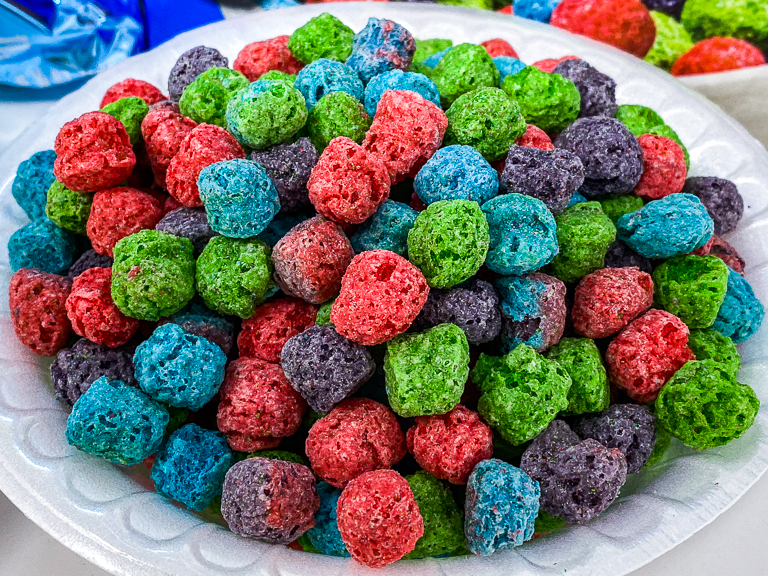 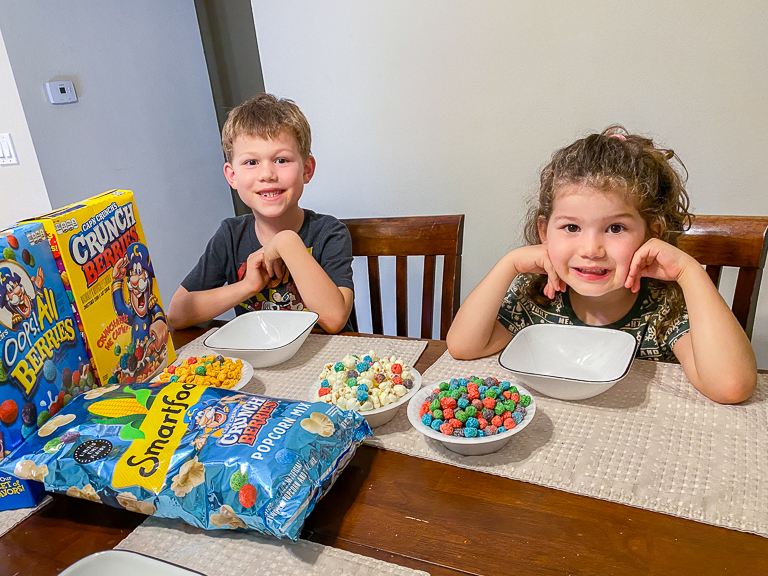 Ian insisted that we start with the Oops! All Berries first. 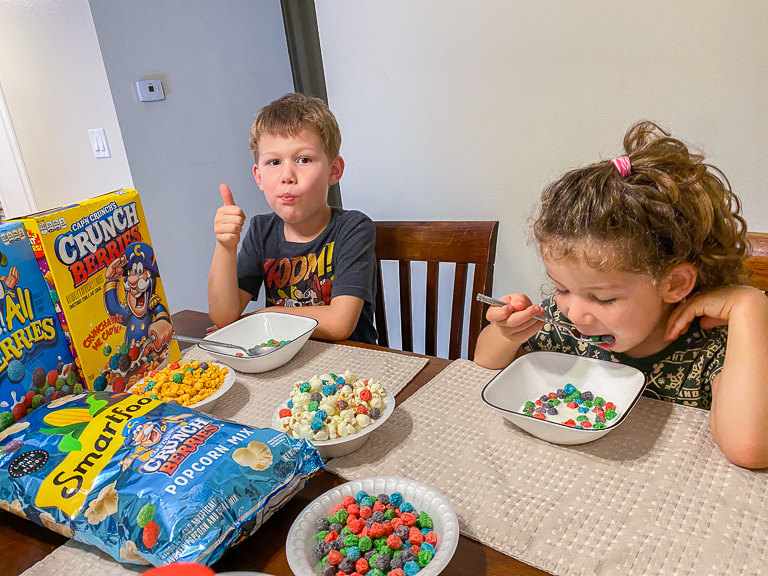 Both Ian and Alli thought they were delicious. I agreed! You know how regular Cap'n Crunch pieces have those sharp corners that can cut into the roof of your mouth? These don't have that at all. They're crunchy and delicious. 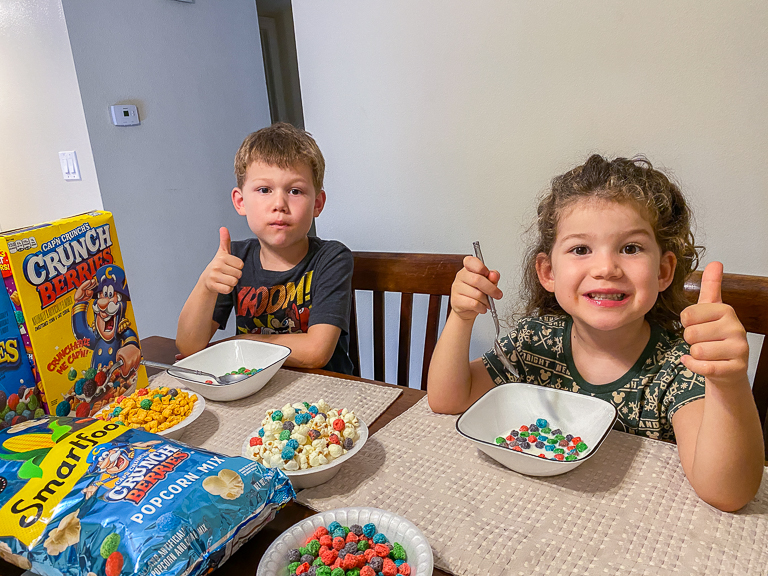 And if we're doing a popcorn taste test, you know Grandpa isn't going to be too far behind. He's trying the cereal with us too. 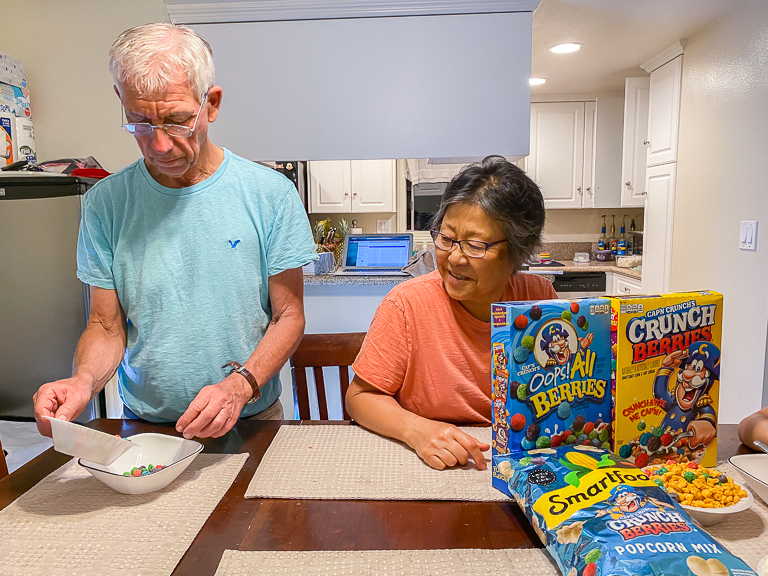 Next up is the regular Cap'n Crunch Berries cereal. It's good too, but I think I like the Oops! All Berries the best. This is certainly a loud taste test. Lots of crunching noises going on all over. 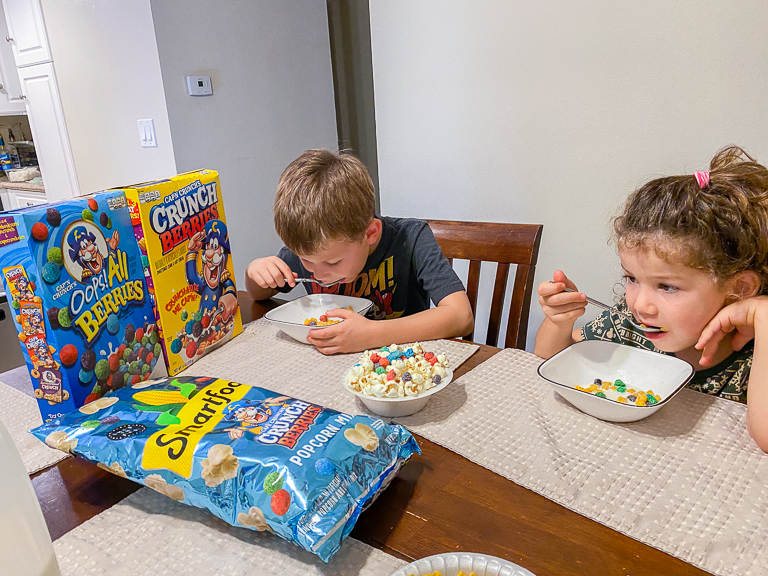 Last is the Popcorn, and uh-oh, I don't think Theresa likes it. Chi tried it too and she also didn't like it.
Well let's see why that could be. 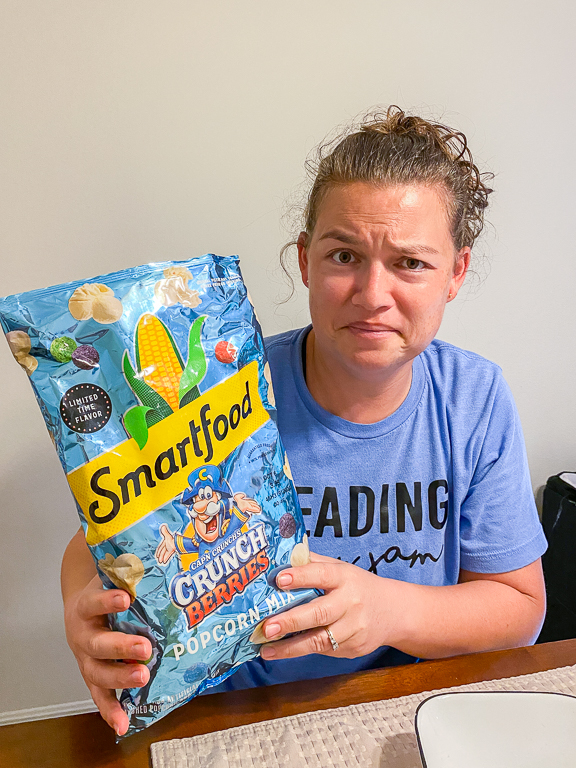 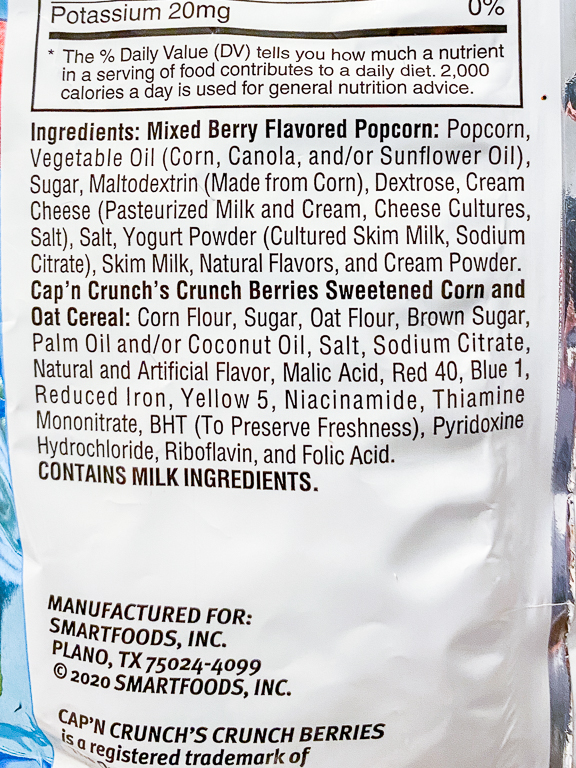 Let's poll the rest of the room. Thumbs down from Ian. Alli likes just about everything. 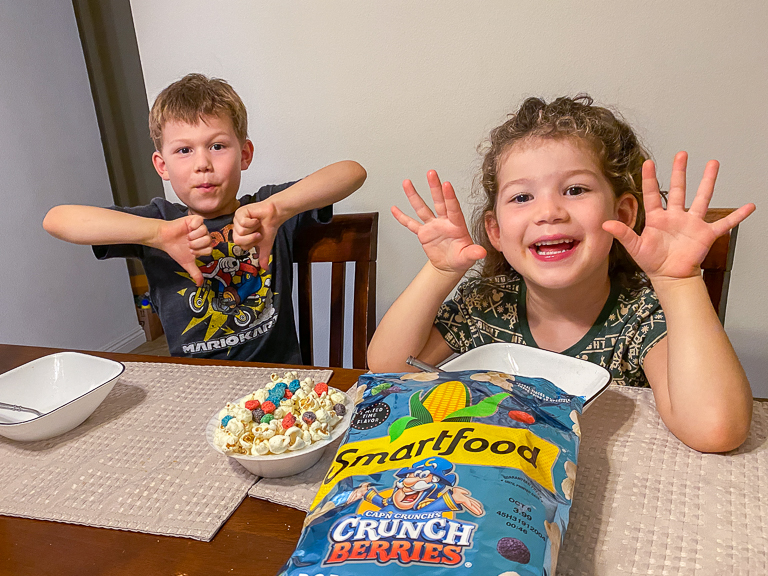 Richard thought it was "weird". Not good, not bad. 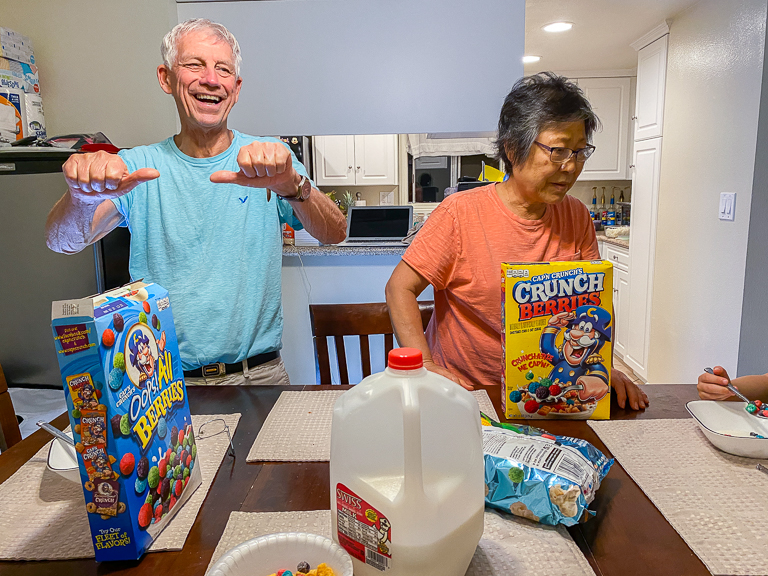 And my thoughts? I'm with Alli. It's not bad. The flavor is different, but it's a berry popcorn, it's going to be different. The other complaint was that the popcorn was too soft. That I'll agree with. It's almost like it was humidified, but this was a fresh bag. I'm not sure if that's just our bag or if it's common across all of them. 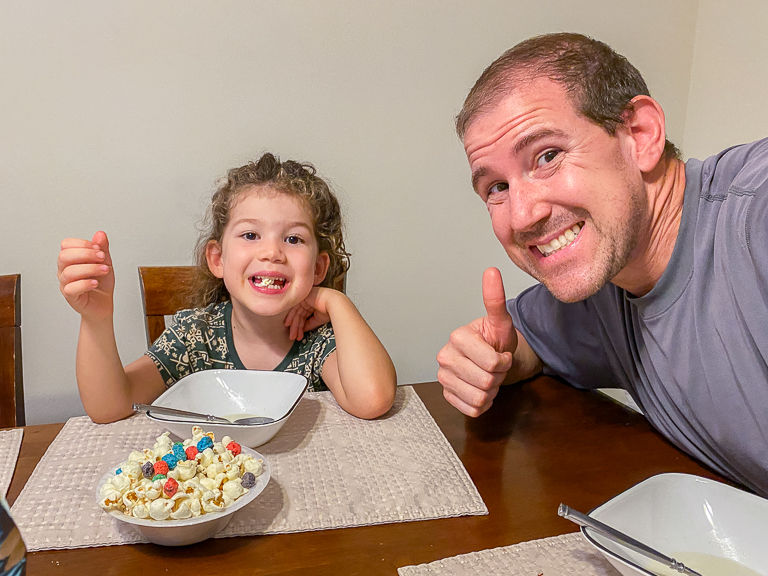 Now it's time to eat whatever we want. I mixed a little bit of regular Crunch Berries cereal with a whole bunch of extra Berries. 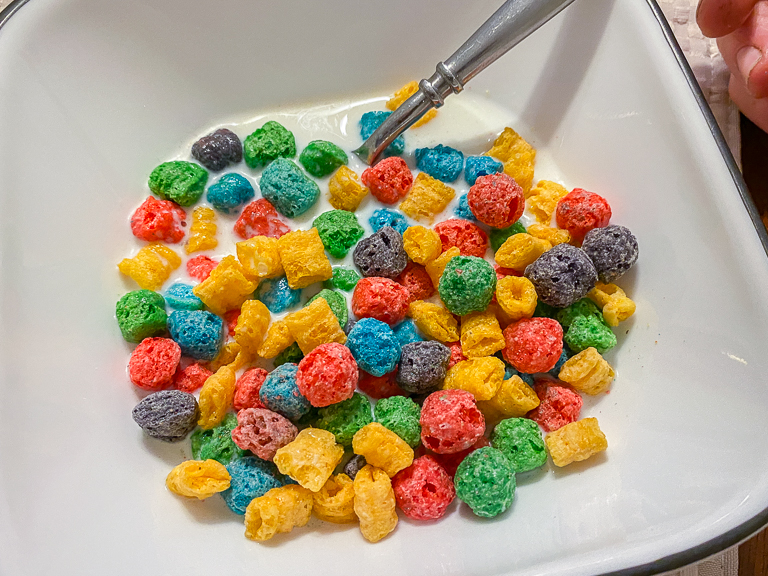 Working on some of the puzzles on the back of the box. Ian loved the Oops! All Berries so much that the next day, he decided to make Alli and himself breakfast and this was the only thing on the menu. 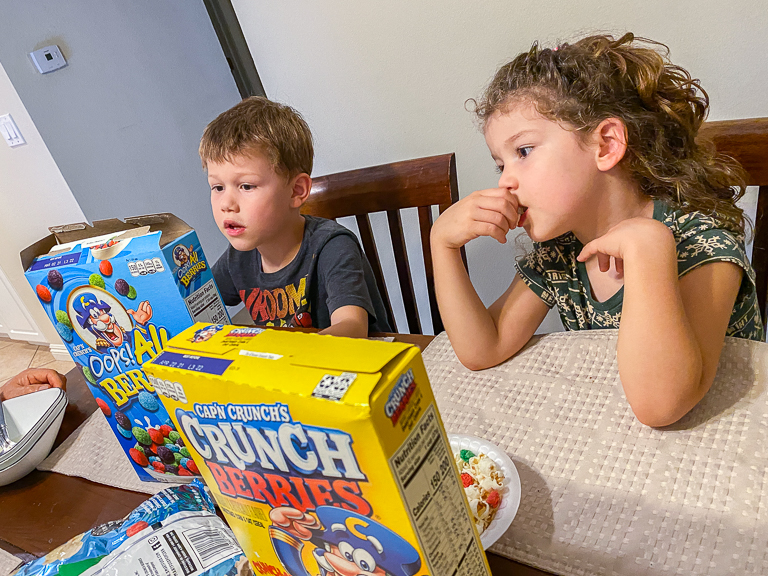 Alli told me she likes to combine the colors. In this instance red and blue combining to make purple.
Well it wasn't a complete success, but it was something interesting to taste. 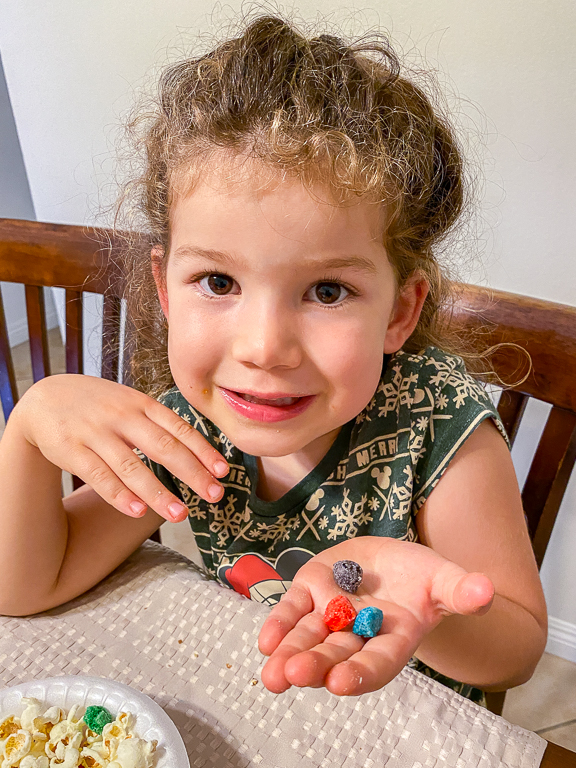