I love new Pringles flavors! Today we've got a special one sent to me by my brother and his wife in Colorado. I couldn't find these anywhere in California. Today we're having Sweet Corn Pringles! 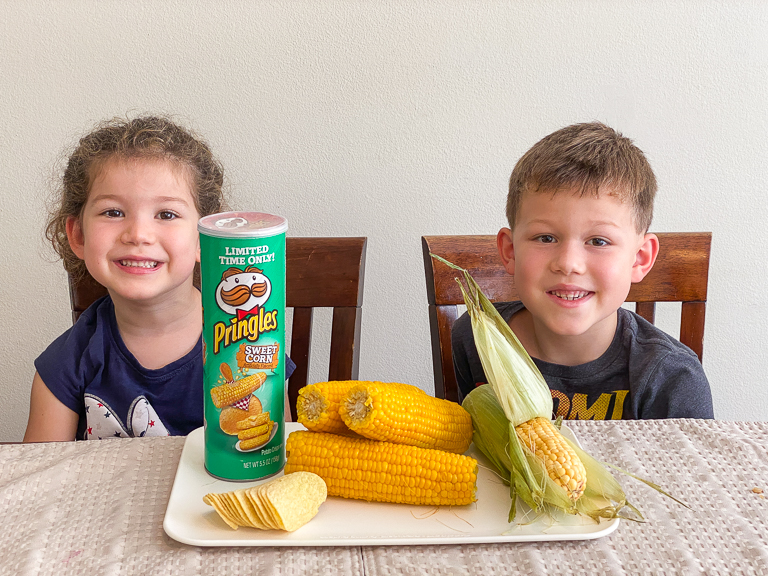 To go along with it, obviously we're going to be having corn on the cob. 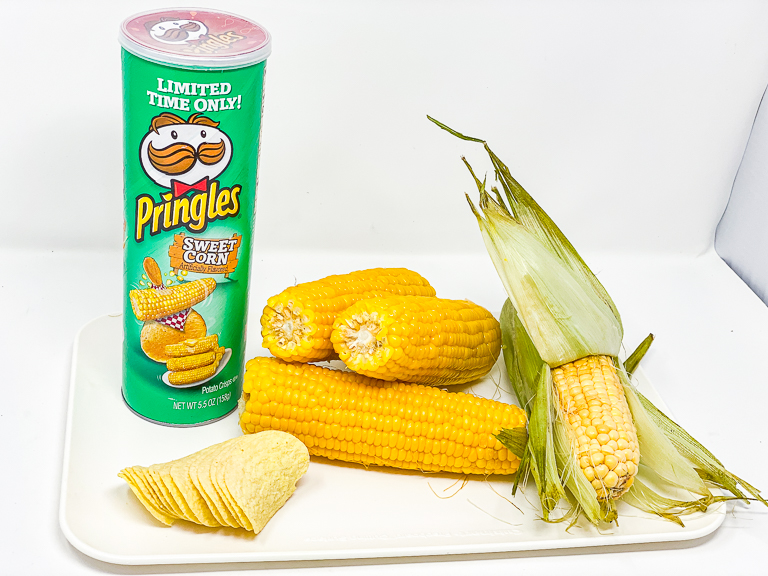 I recruited my two helpers to join my in the kitchen in the preparation of the corn. 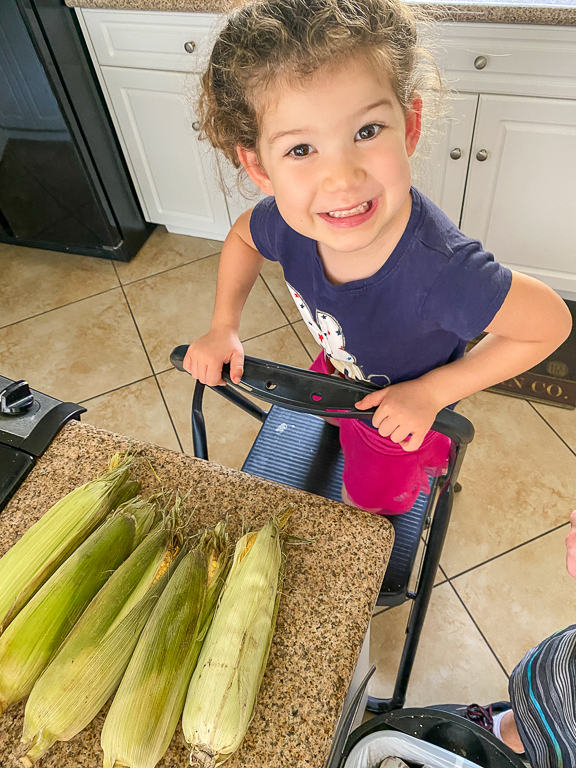 Shuck the leaves and pull off all the corn silks. Ian was asking if we really wanted to throw them away because Grammy boils them and makes tea out of them sometimes. 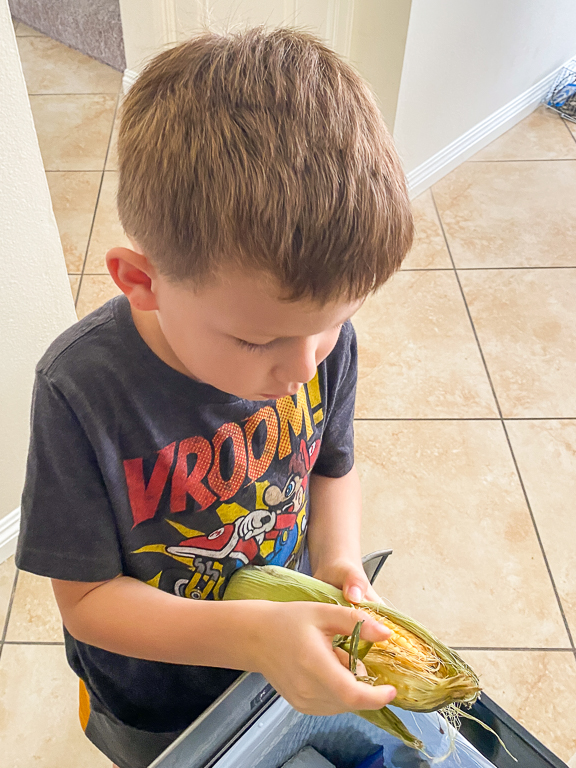 Into the boiling water they go for a few minutes. 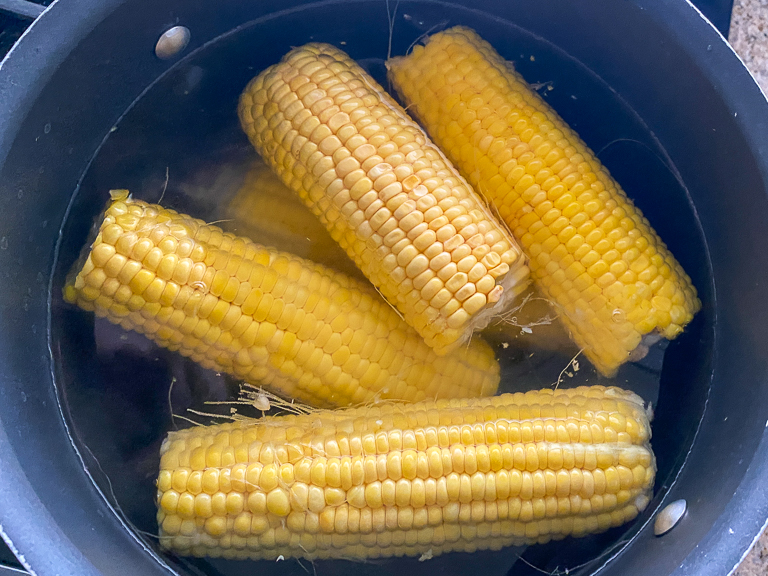 When they're done, we're tasting them against these Sweet Corn Pringles. They don't have a particular color. They do smell very sweet, like something I've had before. I'll wait to taste them to find out. 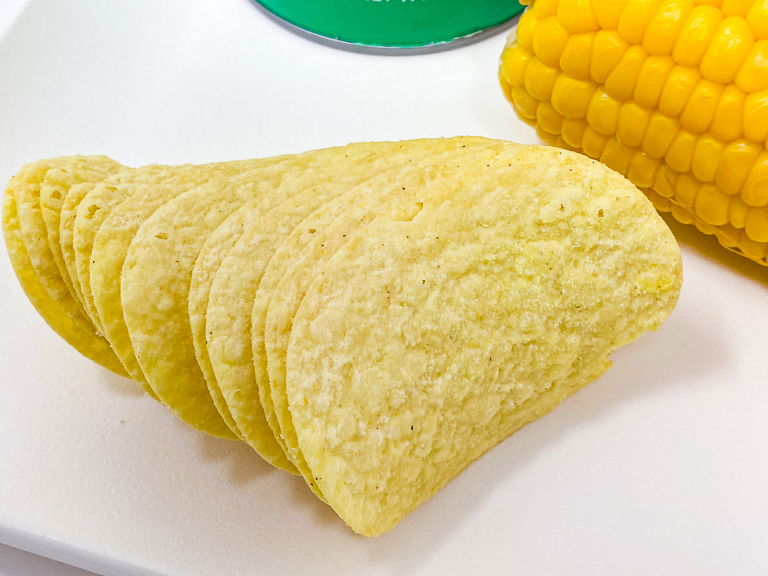 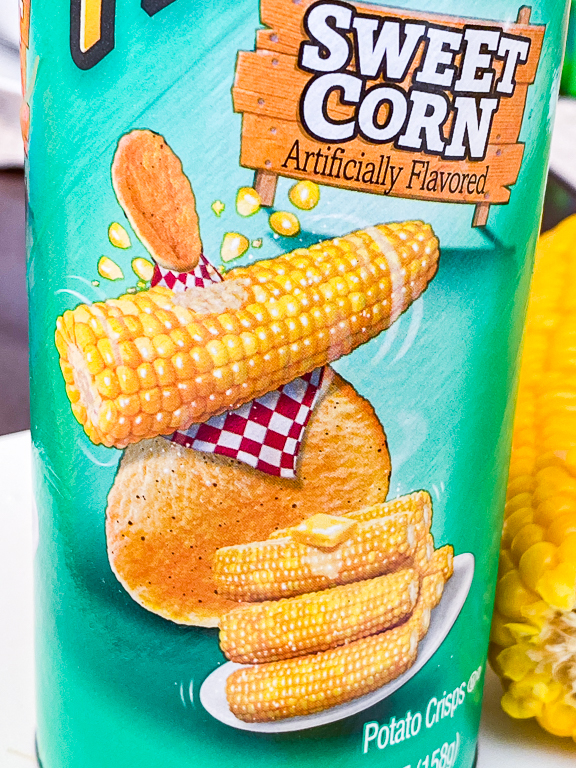 As for the ingredients, Pringles are made with dried Potatoes. For the rest of it, they've got corn flour, corn starch, sugar, and salt. 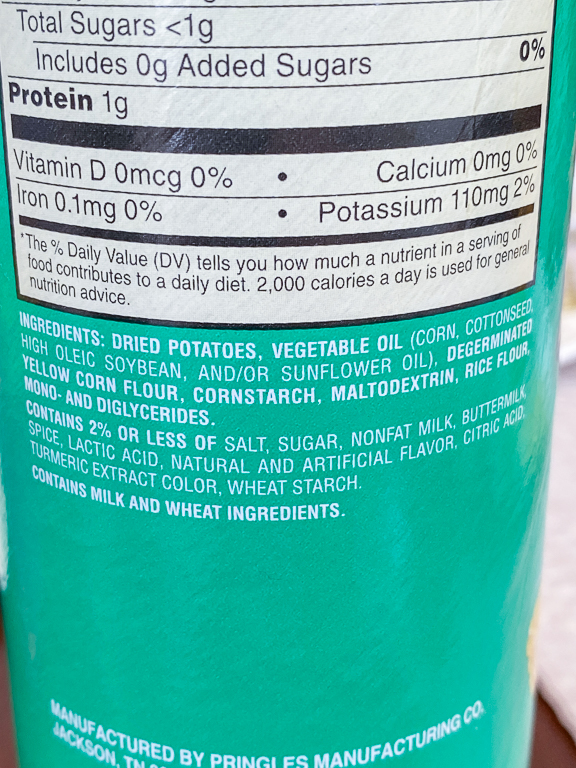 Let's taste them! They're definitely sweet. Mixed with a bit of salty. You know what they most remind me of? 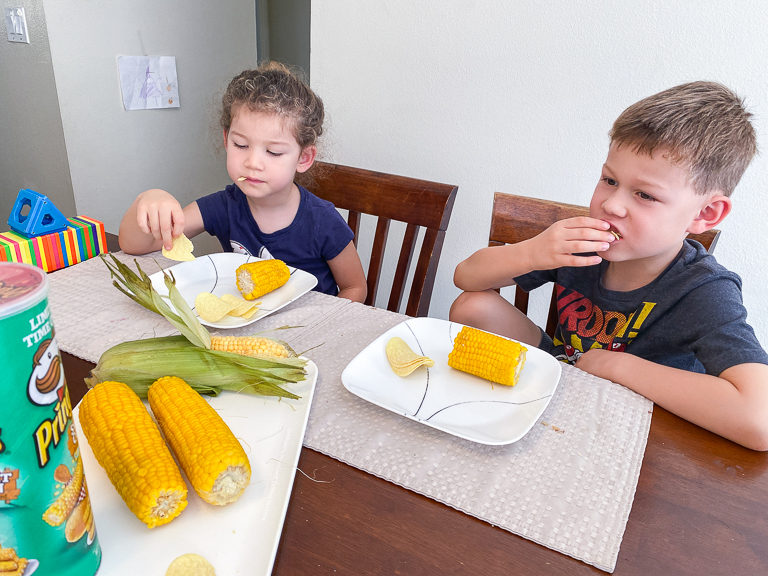 The Sweet Corn Spoon Bread that we had when we made El Torito at home. 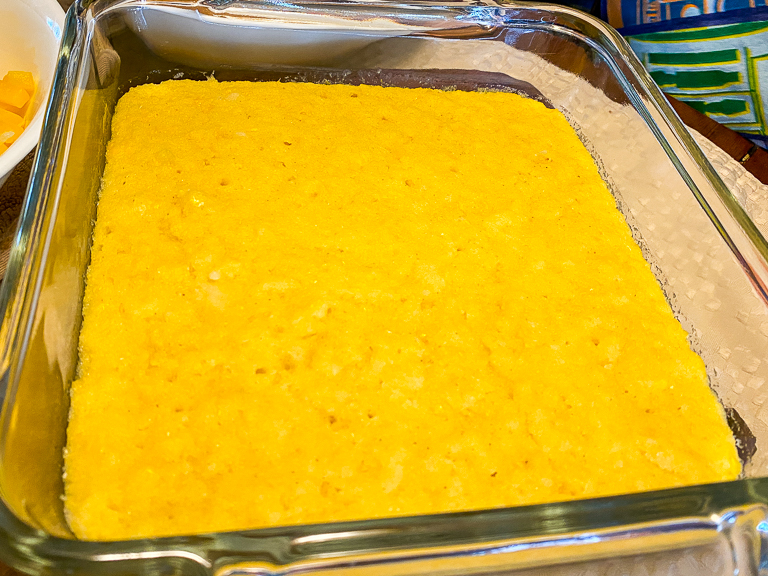 Yes, it tastes a lot like that. The kids and I loved the sweetness of the chips. 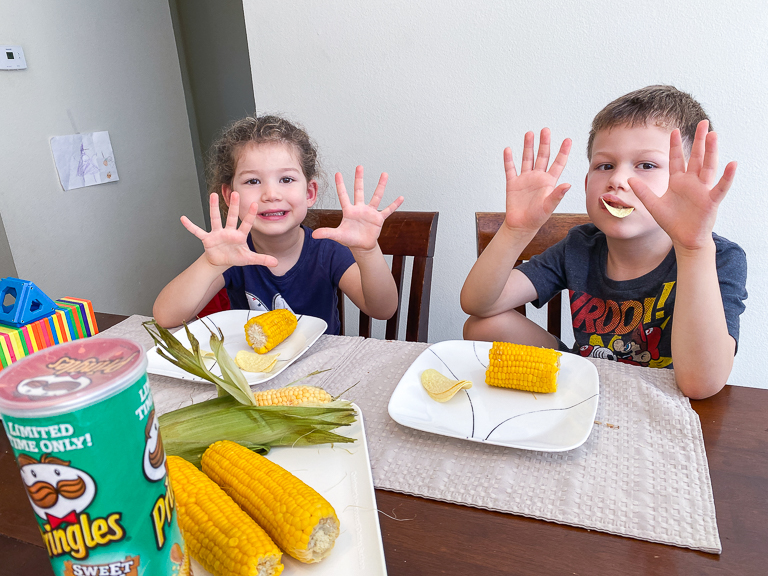 Chi and Richard joined us. 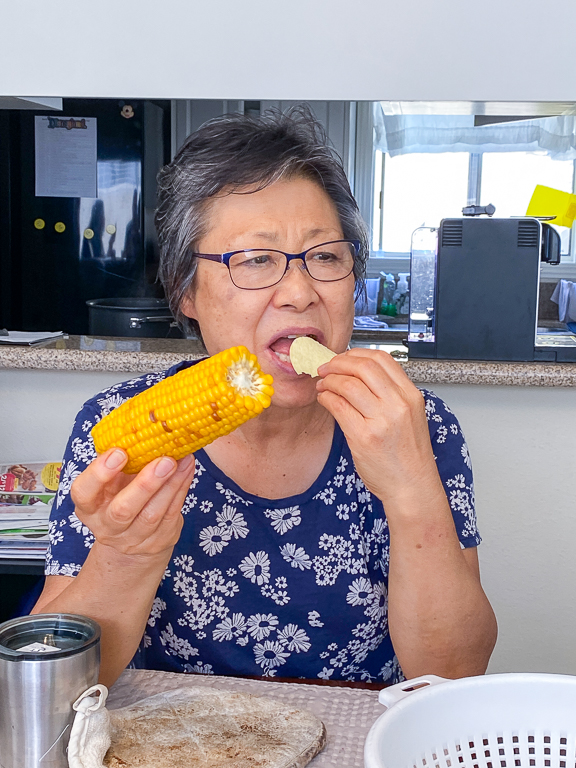 The corn on the cob was tasty. But Theresa, Richard, and Chi, didn't like the chips too much. Theresa thought they had a bit of a weird artificial flavor to them. 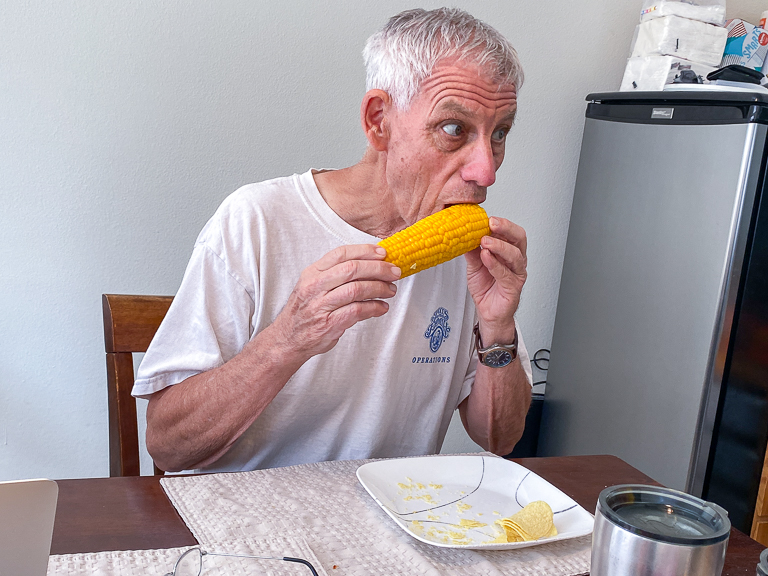 But that didn't stop the kids. 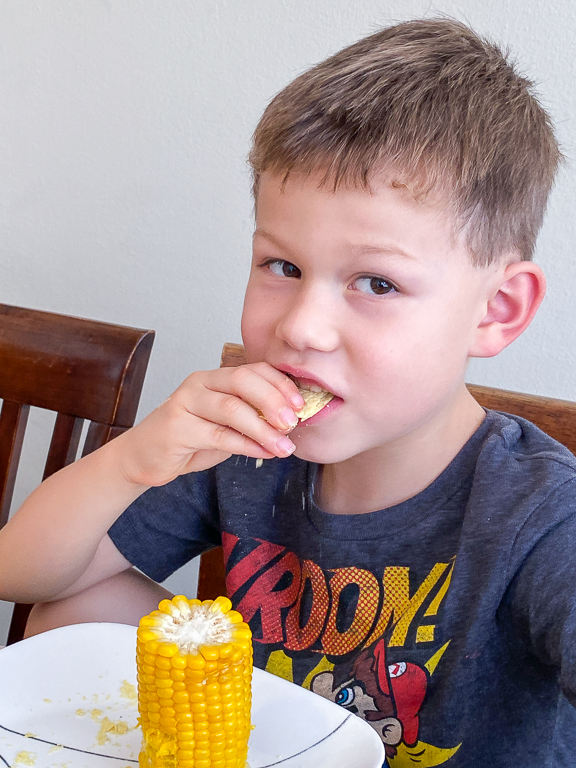 Finger licking good.
Your tastes may vary, but I think they're at least worth a try. 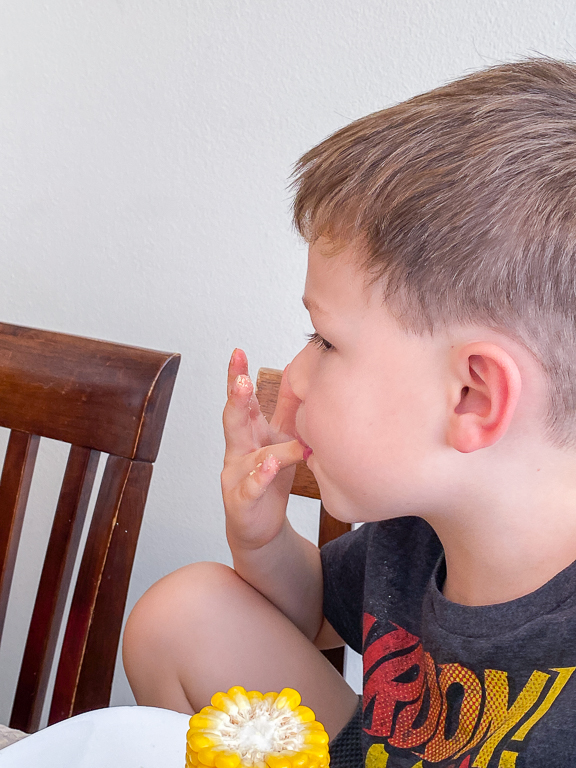