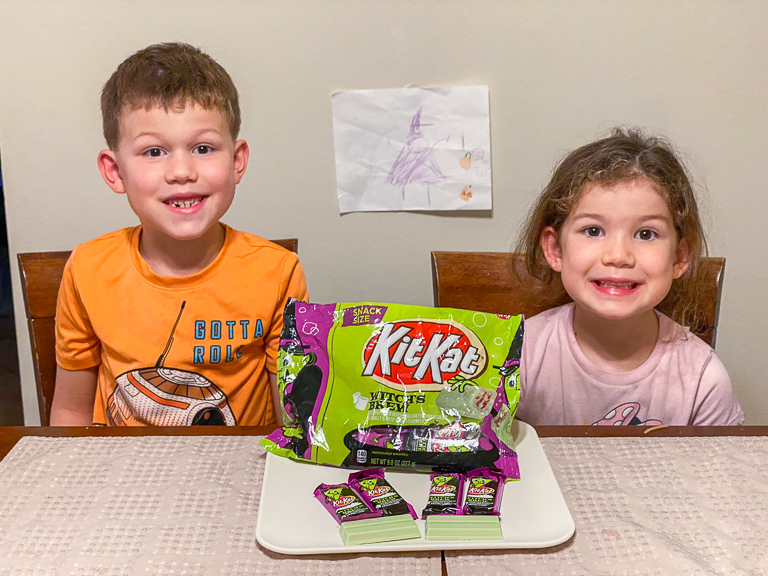 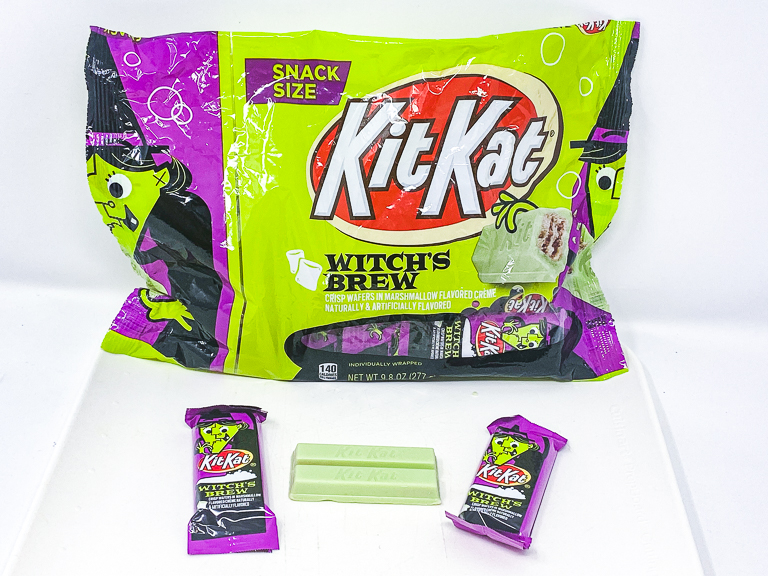 It's a light green color that almost looks like it could glow in the the dark! And just FYI, it does not. The front of the package has a green-faced witch standing over a bubbling white cauldron (of marshmallow apparently). 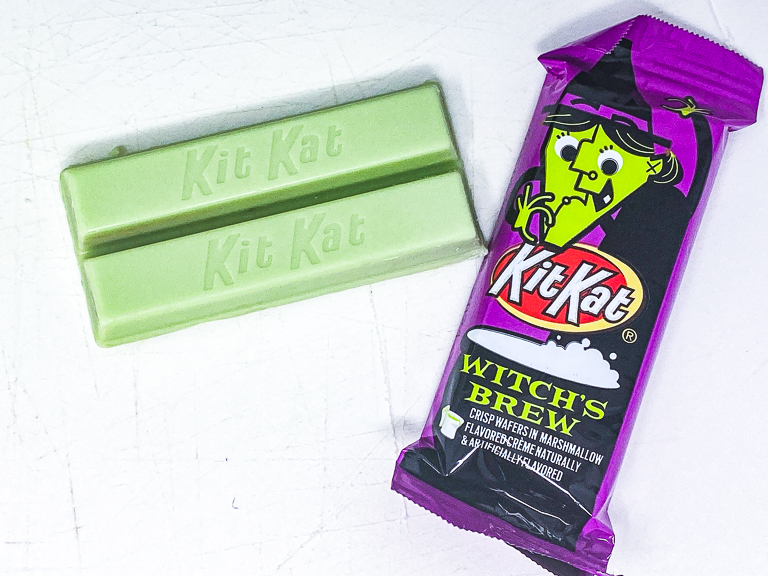 Trick-or-Treat Fun, Every Witch Way.
The snack-sized Kit Kats on the back are dressed as witches too, with what looks to be Hershey Bar hats. 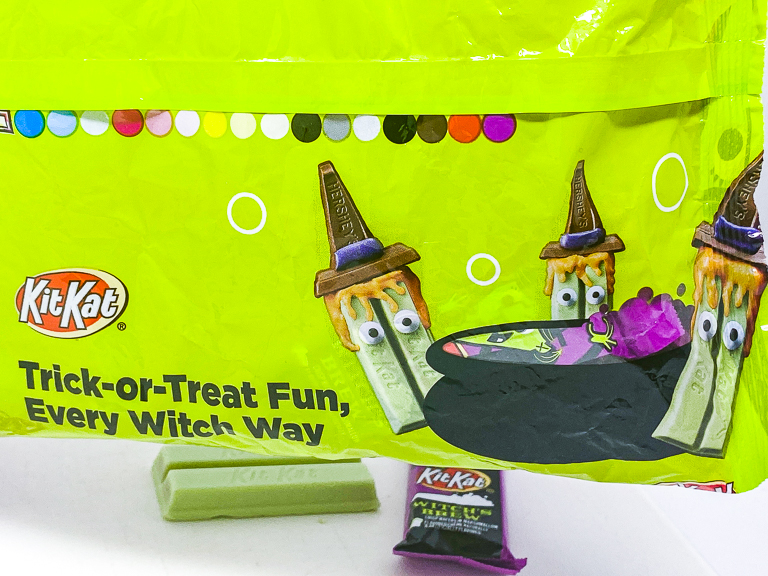 Let's eat them! It's a white chocolate base with marshmallow flavoring. Obviously artificial flavoring and it does taste like it, but it's still tasty. 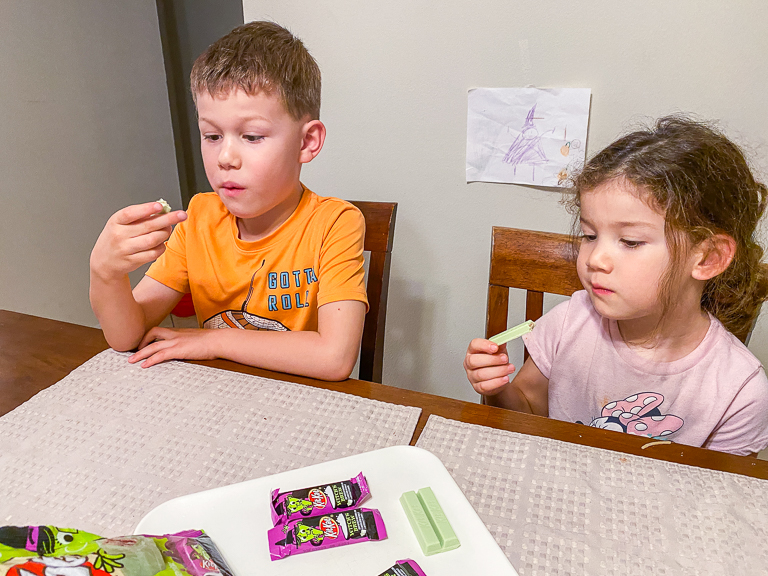 Richard and Chi think they're good. 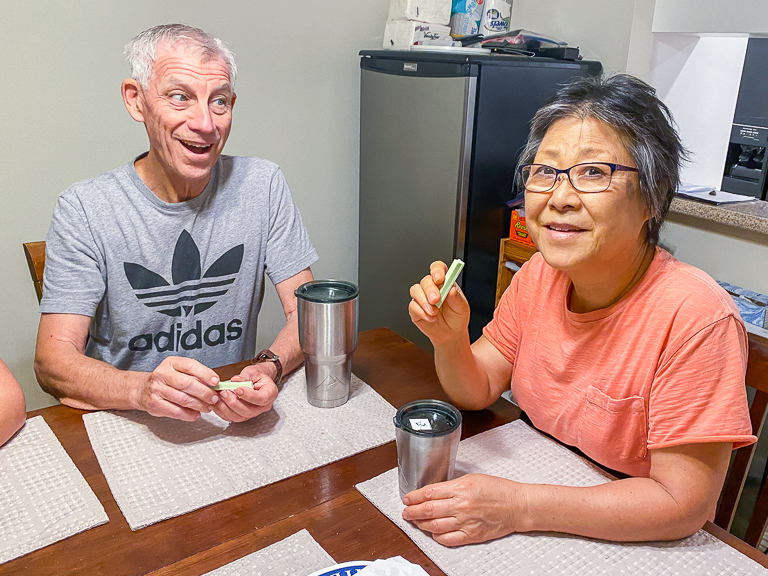 And it gets a thumbs up from the kids! We love all these different Kit Kat flavors! 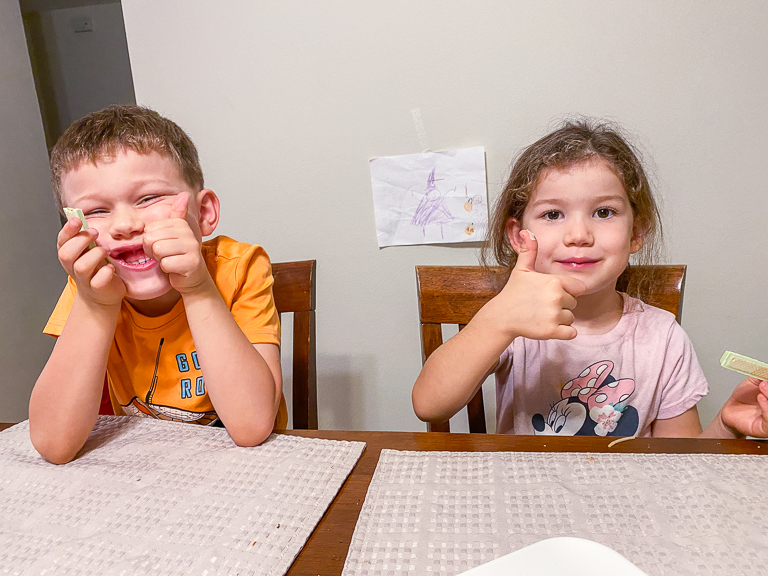