After trying the Cinnamon Toast Crunch Ice Cream a few weeks ago, I was happy to see another cereal ice cream on the Walmart shelf. This time it's Lucky Charms Ice Cream (though I guess technically it's a frozen dairy dessert)! 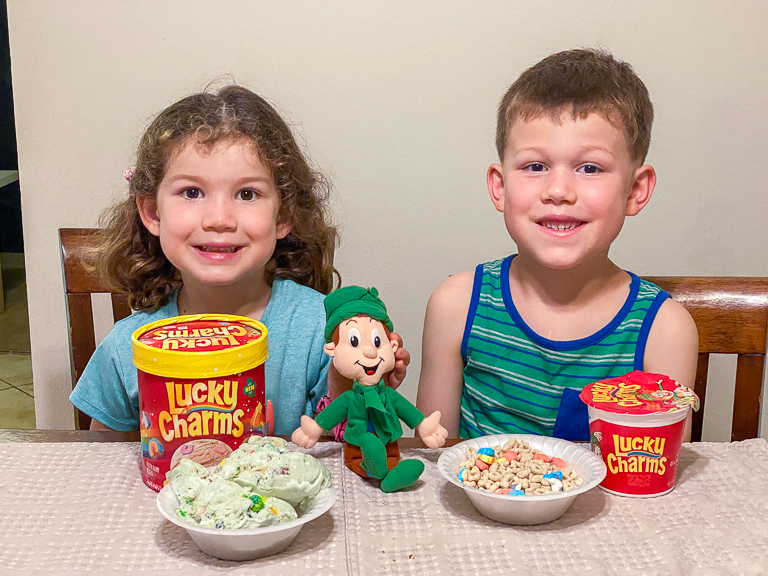 And of course we're going to try it along with Lucky Charms cereal! Thanks Lucky! 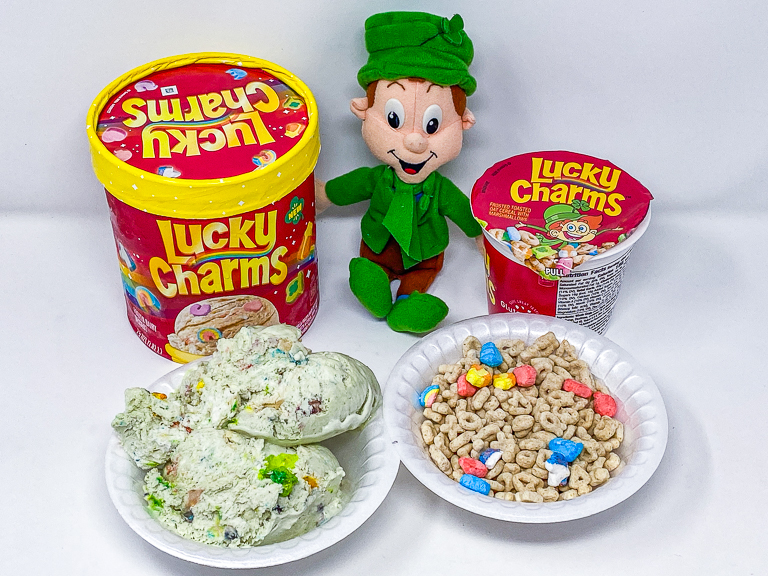 I love the packaging on this one. Bright colors just like the cereal box and marshmallows all over. 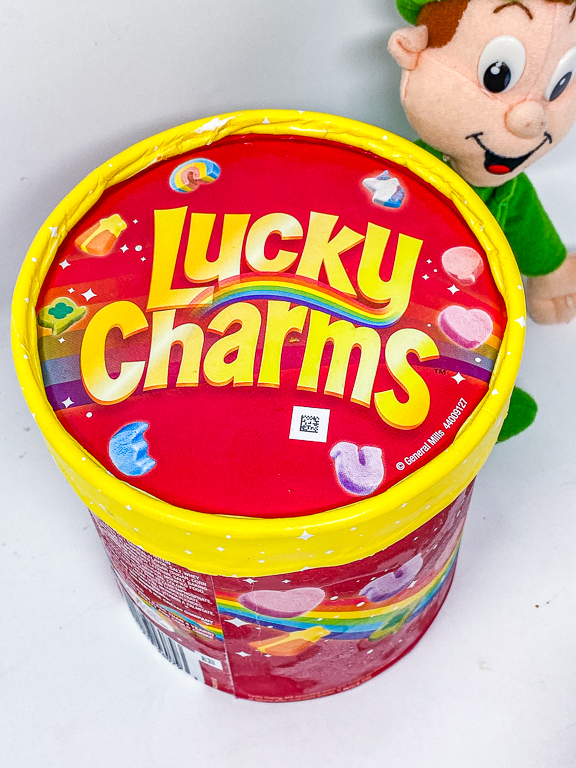 As far as the flavor goes, it's vanilla with a cereal swirl and Lucky Charms Marshmallows. 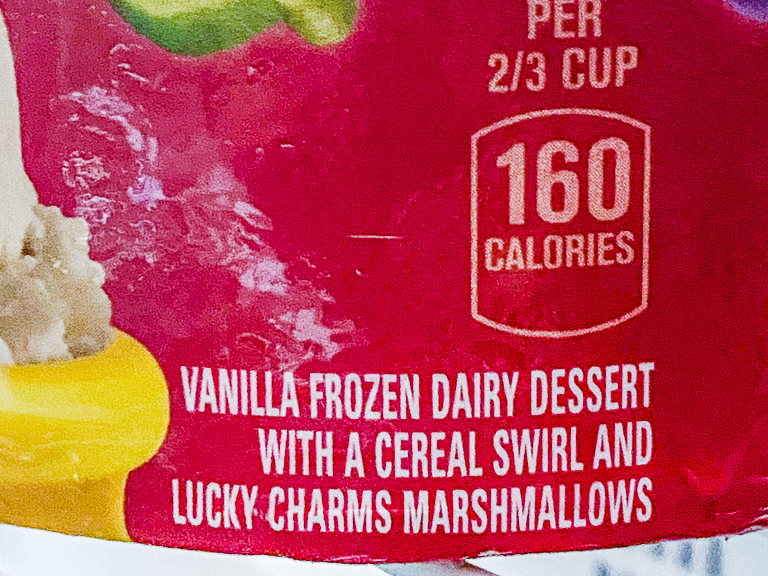 And here's a panoramic photo I took of the front of the package.

I was a little surprised to see the color of the ice cream when I opened the container. Look at the photo above. Any green in that ice cream? No. But there's lots of green in this one. 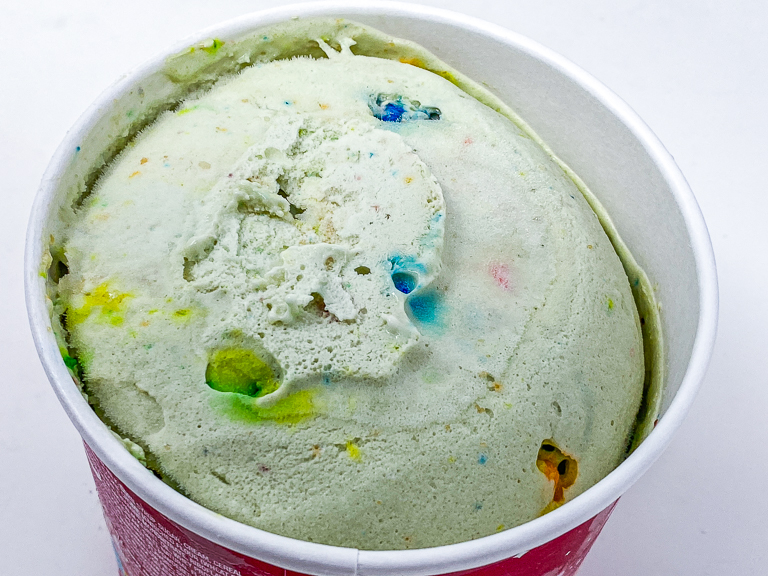 How about cereal swirls? I couldn't find any of those either. Oh well, let's taste it! 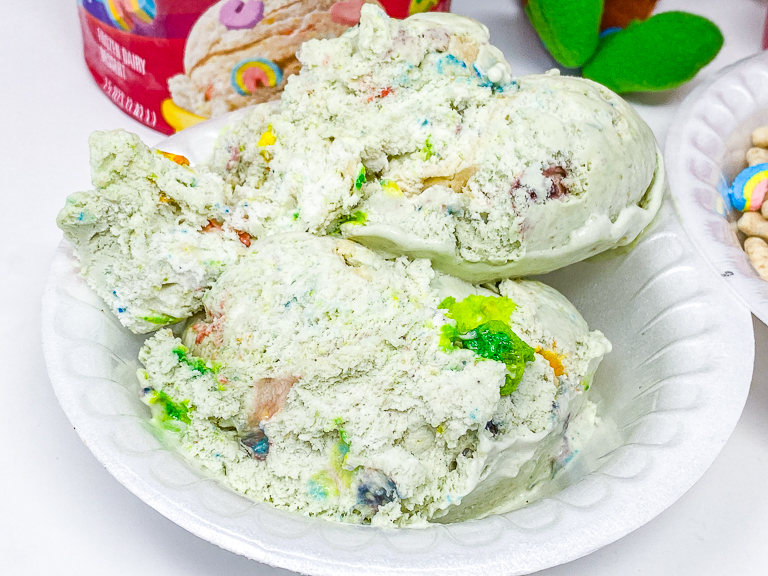 Using their lucky green and yellow spoons, the kids started digging in to the ice cream. 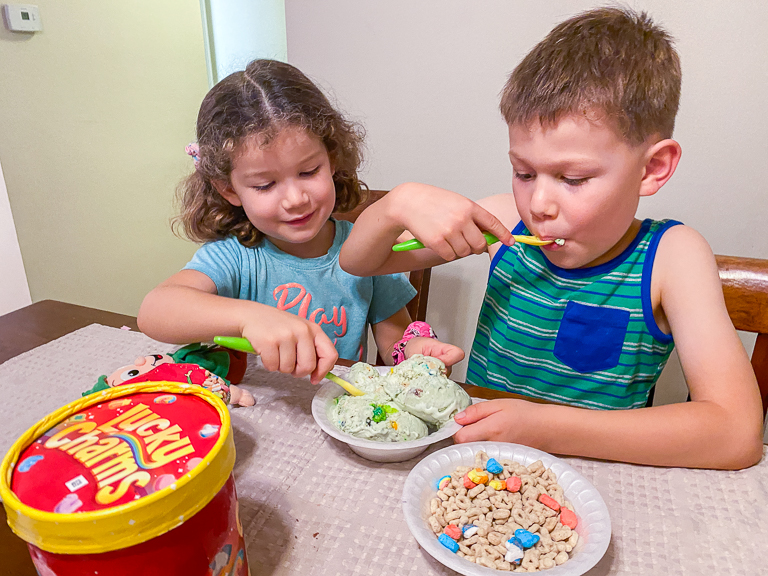 There's plenty of marshmallows scattered throughout, though I think I'd have a hard time picking them out. They're ingrained in the ice cream. 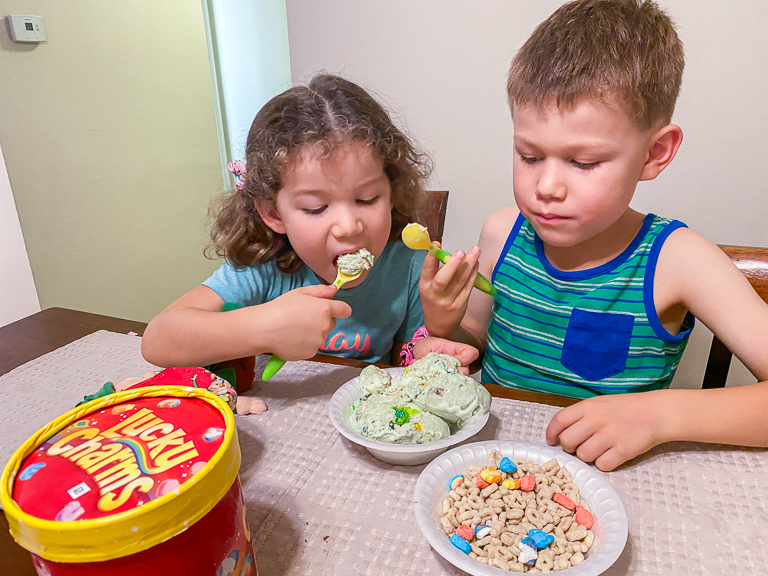 The kids love it. My turn to try it. 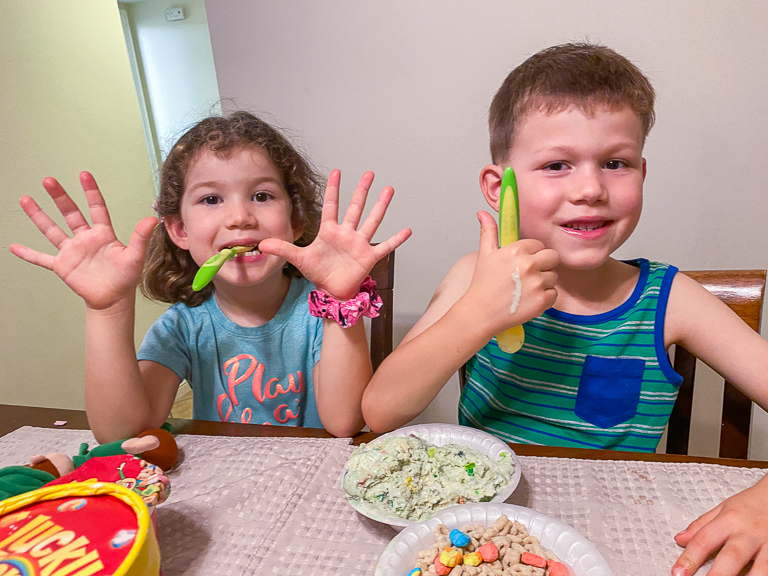 I know it says vanilla, but that green color has me thinking it would taste like mint. But it does not taste like mint at all.
It tastes just like I hoped it would taste like. It's the flavor of the Lucky Charms marshmallows. And you get bits of real Lucky Charms marshmallows every once in a while too. They're not freeze-dried anymore, having been rehydrated a bit from being in the ice cream, but they've lent their flavor very well to this frozen dessert. I'm not getting any of the Cereal Swirl flavor they say is in here, but that doesn't matter to me. This is Lucky Charm Marshmallow Ice Cream and it's tasty! 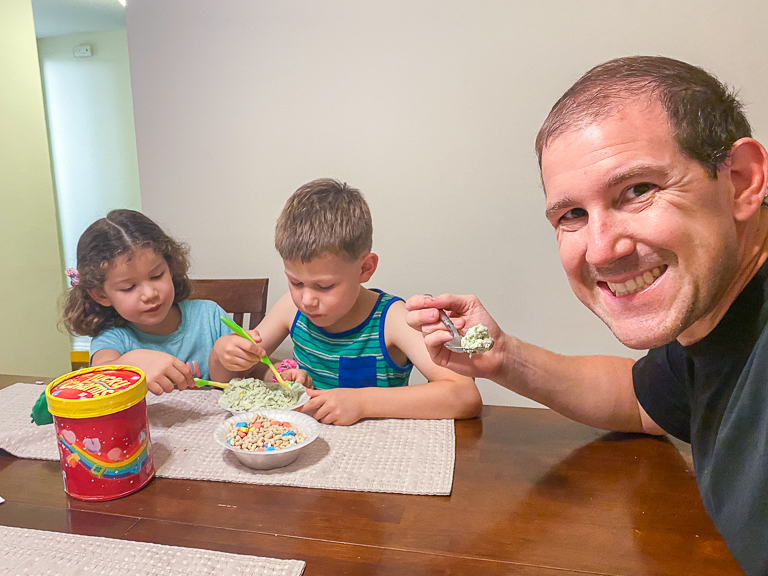 And as for the bowl of cereal... 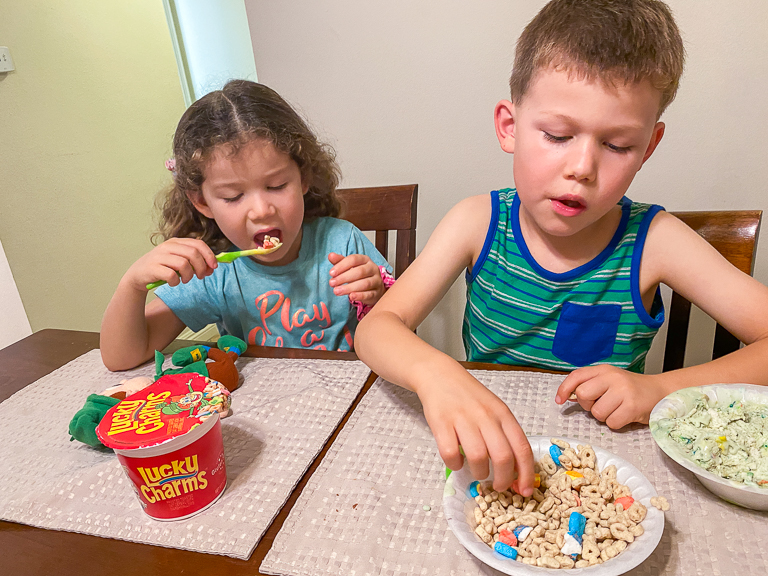 The kids ate that just about as quickly as the ice cream. They're big fans of Lucky Charms cereal too!
We've been having a lot of ice cream lately. These have been yummy taste tests! 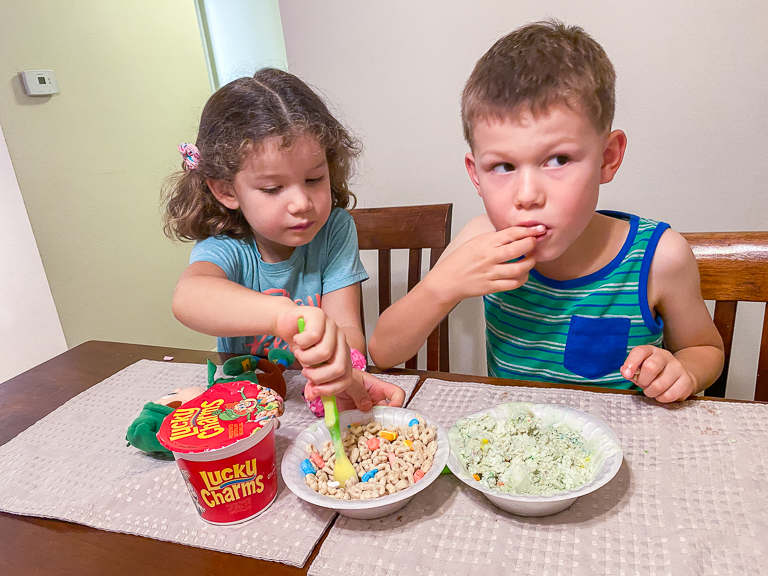