A new flavor of Kit Kat? Sweet Cinnamon. Awesome! I saw these at the store among all the other Christmas candy. 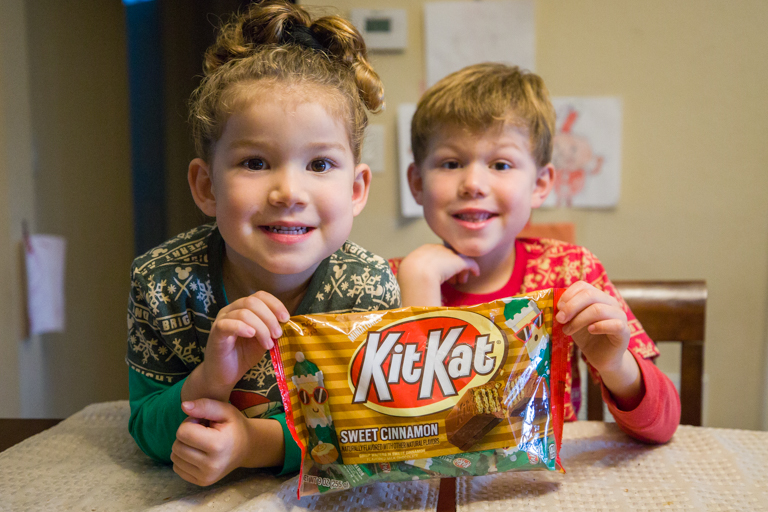 The packaging looks very similar to the Pumpkin Pie Kit Kats we tried before Halloween. 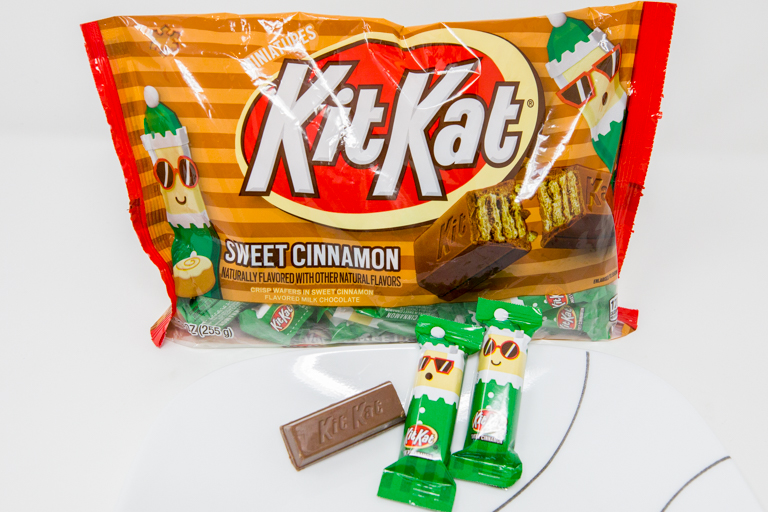 The mini Kit Kat wrappers have sunglasses again and look like little elves this time. 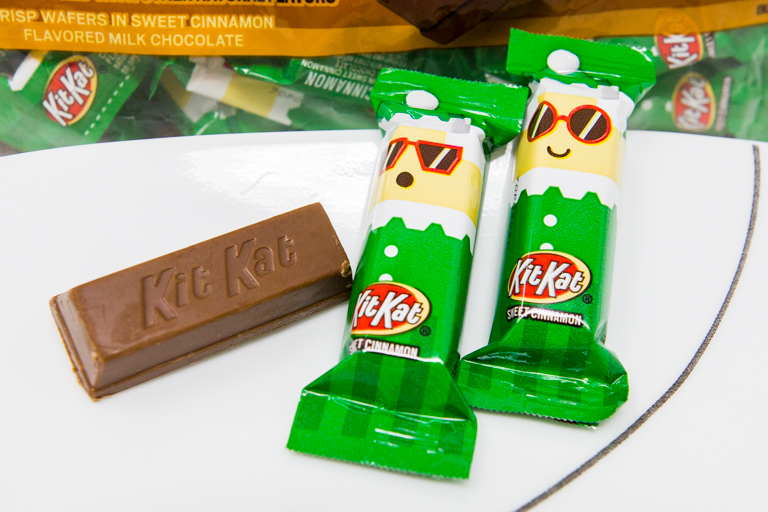 Time to taste them! I bit off half and then handed it to Theresa. At first she was a little insulted that I was only giving her half a Kit Kat. 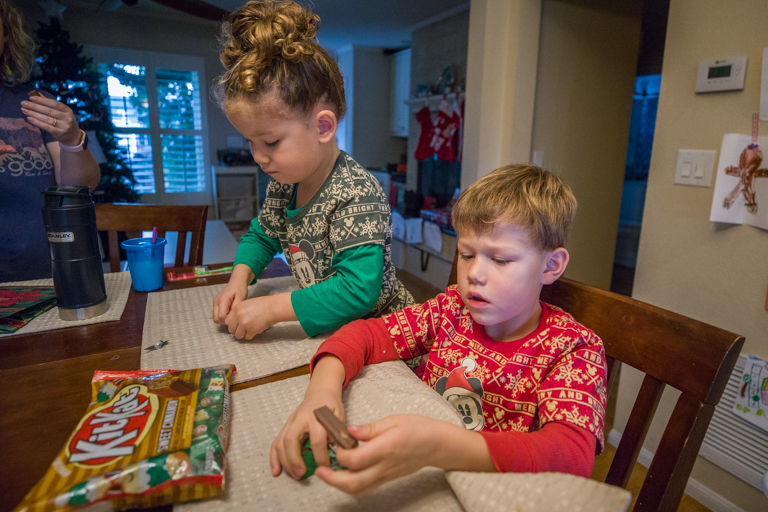 And then she tasted it. And she was happy I only gave her half. It smells very artificial. And flavor-wise it's yucky. Theresa said it tasted like a bitter sugar-free caramel. For having "sweet" in the name, it tastes even let sweet than an regular Kit Kat. Not a fan.
How did they mess up Sweet Cinnamon? 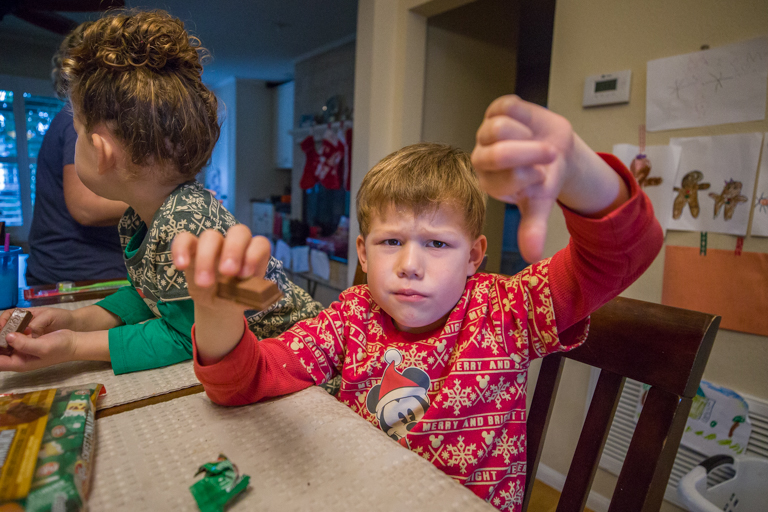 With all of us weighing in, Alli not looking forward to it. 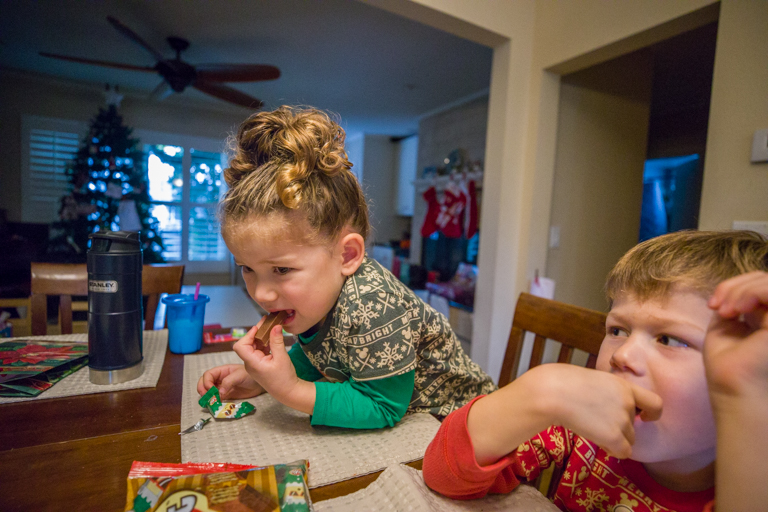 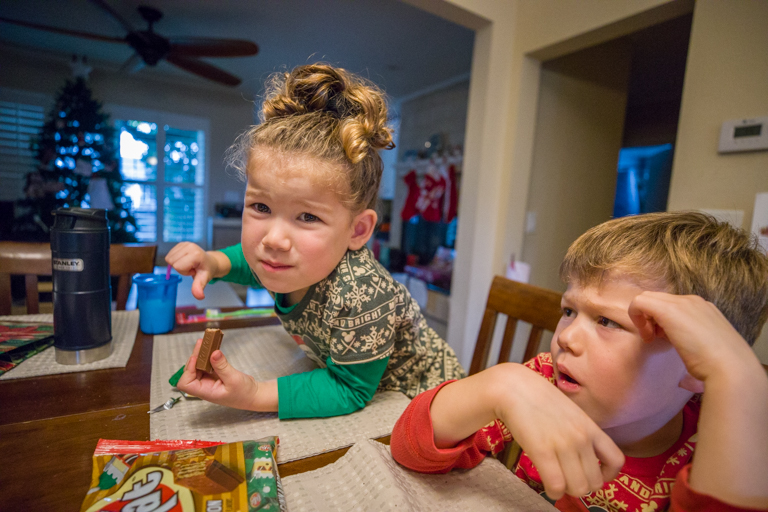 Good! Don't listen to anyone else Alli. Make your own way. 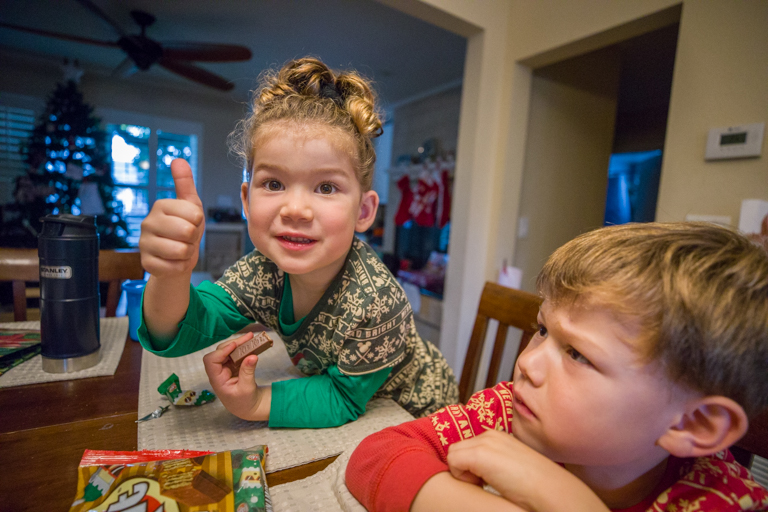 So out of the four of us, everyone loves candy, but only 1 of us liked these. 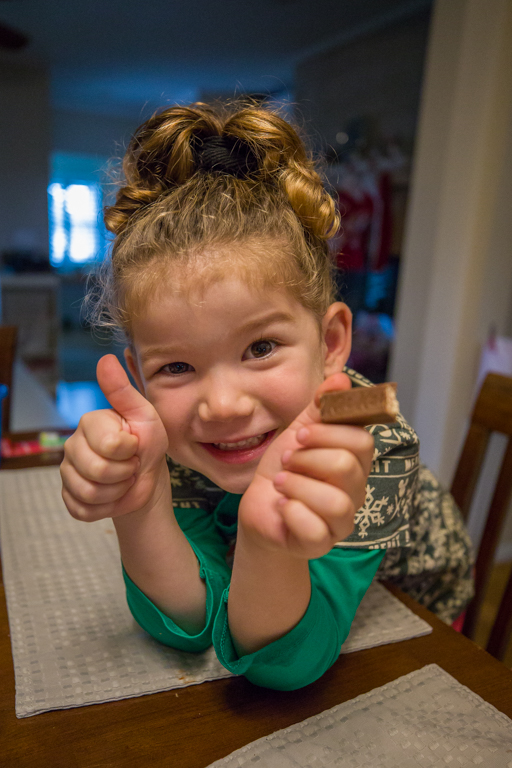